Our 2001 Porsche 911 trim comparison will help you decide.

You hear top speed of more than 190 miles per hour.

The 2001 Porsche 911 is all of these things, except impractical, hard to handle, or twitchy.

We won’t get into why anyone needs a car that can top 190 miles per hour. If you need to ask that question, go find yourself a sedate sedan. What we will get into is this: Porsche has built, using lessons learned on the race track, its fastest, easiest to drive, most ferocious street car to date.

It even looks different.

Sure, one look at the profile and you know it’s a Porsche. But look closer.

Notice the fascia with its gaping air intakes to cool radiators, brakes, and provide downforce on the front suspension. Check out the air intakes behind each door that help dual intercoolers breathe. Note the sedate spoiler on the rear – no awful whale tail – that pops up at 75 miles per hour.

Look at it from behind and see those wide tires on 18-inch wheels. See the wide fenders needed to blanket those tires and the aggressive stance they give to the car.

Back here, at speed, you get a rare thing – downforce on the rear end.

It’s a Porsche, all right, but some kind of different Porsche.

When they built the new 911, Porsche engineers had a choice between two base powerplants – the 996 Carrera or the GT1. They decided the 996 version would take too much tinkering so they turned to the Le Mans-prepped GT1.

What they ended up with is a twin-turbo, 24-valve, intercooled 3.6-liter engine that packs a whalloping 415 horsepower and 413 lb.-ft. of torque.

Its torque band, seamless in any gear from around 2,500 rpms to more than 4,500 rpms, gives you absolute throttle/shift control over the car’s behavior.

A key to this engine’s performance is what Porsche calls the VarioCam. As the car’s computer senses, via throttle, what you are asking it to do, the VarioCam can adjust camshaft angle, and thus timing. But further, it also controls lift and duration of the two intake valves on each cylinder. Punch the gas in third gear, for instance, and you get a 3-millimeter lift of short duration that bolts you forward. Keep the gas punched and it’s as if the car says, ”Oh, you want more, Hotfoot?” and responds by using two cam lobes for a high lift of 10-millimeter and long duration.

The result is the sensation that between each gear there is yet another gear – one you do not shift into yourself, one you cannot see on any shift indicator, but one that pushes your head back against the headrest and sucks your butt down into the seat, as it rockets you forward. Keep shifting up and it does this gear-by-gear, torque distributed appropriately front and rear to its all-wheel-drive system.

A week of hard New England driving resulted in this Porsche getting just over 16 miles per gallon.

This is a car I had driven earlier this year on the West Coast where I got to really open it up – triple-digit speeds on a hill climb course, just over 175 miles per hour on a straight course in the desert – so I was anxious to have it for a week of ”normal” use.

Realistically, there’s nothing ”normal” about driving this car. I mean, can you really let some yahoo in a Mitsubishi Spyder pass you on the highway? Can you realistically expect to head into a sharp turn on a dry deserted country lane and not at least feed the Porsche like it wants to be fed? Can you really, with a wide open and empty space of highway ahead of you, let it pass without a quick blast o the twin turbos?

In the West and East Coast tests, I got to drive both the six-speed manual and the five-speed Tiptronic transmissions and came away liking both. The manual, used in New England, is a wonder of clipped shifts and short throws. The Tiptronic makes you feel as though you are in some video game, punching up performance with your thumbs.

Just as when, while accelerating, you feel it low in the butt, the same goes for cornering. All the pull seems to be down in the seat. No great forces against head or shoulders. No sense of lateral roll.

Everything seems to happen in this car in that magical place between hands, seat, and pedals.

Braking – big discs a Porsche trademark – is rapid, sure, and straight, even from three-digit speeds. Ceramic composite brakes, billed to last forever, are an option.

If there is anything to be said negatively about this as an everyday car it is that it does not like to run smoothly at low revs. It is easy – embarrassing if it happens in front of the onlookers this car draws – to stall it in first or reverse if you let the clutch out while babying the gas pedal. And at low speeds, there are odd little twitches and adjustments going on that only smooth out at higher speeds.

The interior, beautifully sculpted in finely stitched leathers, is comfortable and pleasingly unremarkable. Understatement at its best. The front bucket seats are thin, comfortable and firm. The rear quasi-seats are a great place for children or luggage.

I’ve been to almost crazy speeds in tenuous conditions with this car; been through guardrail-less hairpin turns at high Western altitudes; driven kids to soccer, garbage to the recycling center (that raised some eyebrows), and said no, no, and no when opportunities to decline challenges presented themselves.

And so I ask myself: Is this the fastest, most stable, most fun car I have ever driven?

The onboard computer that lets you check oil levels with a simple couple of flicks of a stem on the steering wheel. Wouldn’t want dipstick-stained hands gripping this leather wheel.

Squealing brakes. I asked a Porsche engineer about it. All he would say, with Teutonic determination, is that that’s just the way they are.

August 27, 2022
By Rich from PALM BEACH GARDENS
Owns this car

Most reliable car i

Have owned several 911's for over the years

April 3, 2021
By PorscheGreg from Lake Geneva
Owns this car

Once you own a 911 you will always have one in your garage!! currently I have a 2000 911 C4 Cab 6 speed / Black on Black (996) love everything about it. First thing after purchasing with 62K mi was to replace clutch and upgrade IMS to the L&N racing bearing and never looked back. $3,200.00 in and done. Once you get past that moment the car is flawless (by the way the old IMS was in perfect condition, Its now sitting on my desk as a paper weight / my grown up fidget spinner!! The 996 is fast, powerful (more HP than a 87 911 turbo wail tail) and in my opinion looks great. Drop the top and smile as you roar past the crowd. Buy the most expensive Porsche 911 you can afford and drive it like it was stolen!! The only fear about purchasing a used 996 would be passing up the opportunity to own such a great car because of skeptical haters

Rating breakdown (out of 5):
9 people out of 9 found this review helpful. Did you?
Show full review
See all 43 consumer reviews 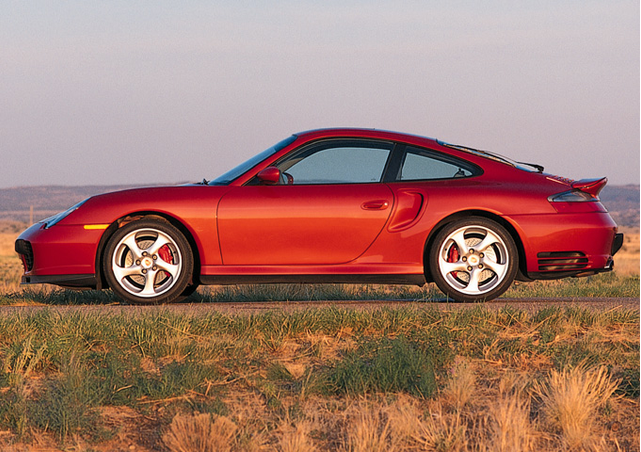 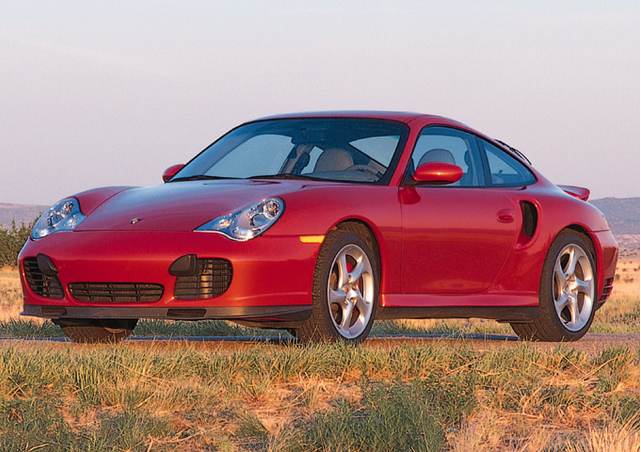 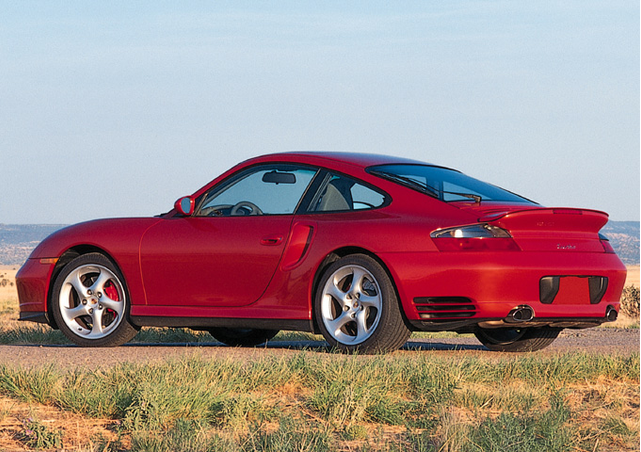 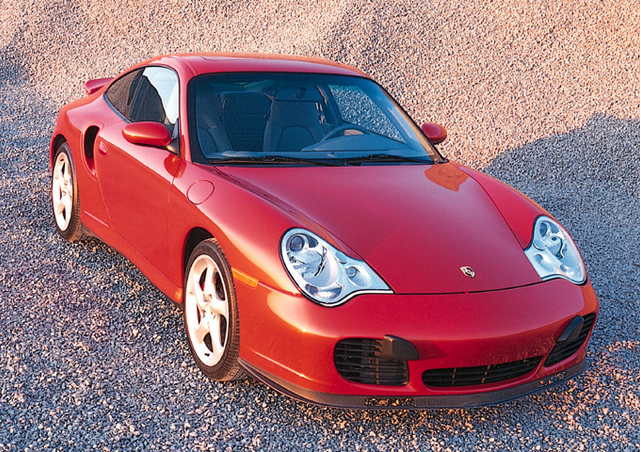 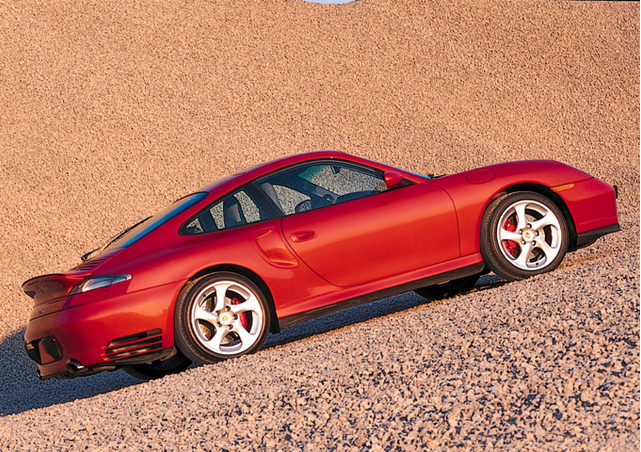 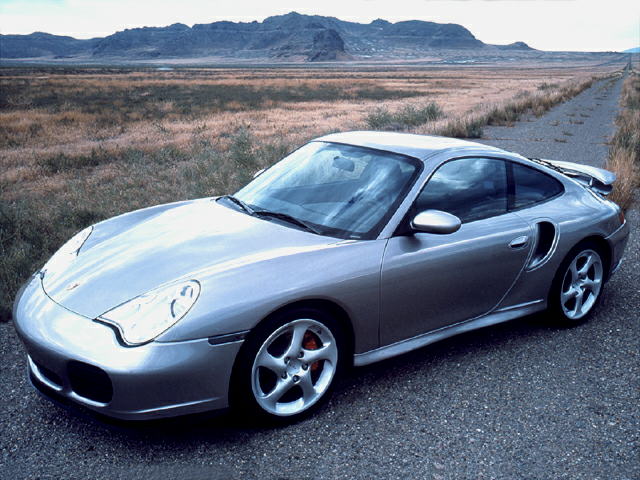