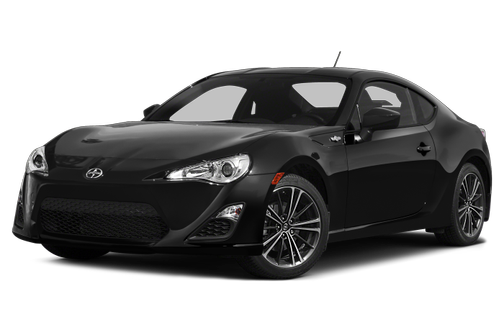 Our 2013 Scion FR-S trim comparison will help you decide.

To begin what would eventually become the 2013 Scion FR-S, Toyota President Akio Toyoda asked himself, “Where is the passion in our lineup?” Passion and sports cars go hand in hand; both have been missing from Toyota’s lineup in recent years. To fill that absence, Toyota partnered with Subaru to co-develop a rear-wheel-drive sports car. Toyota’s Scion youth division receives the fruits of the partnership’s labor in the FR-S, while the Subaru calls its car the Subaru BRZ.

After years of anticipation, I’m excited to say Scion’s FR-S is a genuine driver’s car with a level of sports car-ness not commonly found among $25,000 coupes.

Forget similarities to other four-seaters like the 2012 Hyundai Genesis coupe, Ford Mustang or Chevrolet Camaro. The FR-S recalls the Mazda MX-5 Miata and Nissan 370Z — partly because the FR-S’ backseat is useless, but mainly because the precise driving experience closely matches that of a low-slung two-seat sports car.

Ride and Handling
The FR-S’ strengths are maneuverability and spirited handling that evoke words like lively, feisty and, most of all, fun. I drove the FR-S at a Scion media preview in and around Las Vegas on city streets as well as a small road course, tight autocross course and wet skid pad.

From the very start, it’s apparent the Scion FR-S is tuned as a driver’s machine. Even mundane driving on city streets showcases confidence-inspiring steering, braking and accelerator response that make the car eagerly obey every little input.

The Scion’s quick-reacting steering, throttle and brakes are just right for navigating the autocross’ maze of cones. An instructor gave me a drifting 101 tutorial, and drifting fits the rear-wheel-drive Scion’s demeanor perfectly. The FR-S hangs its rear end out like a champ, but meager power makes it a challenge. Because the FR-S doesn’t oblige easily is one of the reasons it’s so rewarding to drive. As the driver, you feel like you’re in control as opposed to the car doing the work for you.

To that end, the Scion FR-S’ electronic stability system has up to five modes; traction control can remain on while stability is off. Sport mode reins in a sideways car less urgently, letting the rear end slide out a little more than the default mode.

During quick directional changes, the FR-S shows some signs of body roll. It’s not enough to throw the car off-balance, and the body quickly settles after an initial lean.

A few keys to the Scion’s tossable nature lie in its lightweight construction and low center of gravity. At 2,758 pounds with a manual transmission, the FR-S is more than 500 pounds lighter than any comparable coupes, though it’s considerably smaller in overall size. The comparison to a two-seat roadster is more apt, as it’s 311 pounds heavier than the MX-5.

Standard summer tires help the Scion grip the road, which it does admirably on the track and autocross. Looking at the tire size of 215/45R17, it’s surprising how much grip all four corners provide. These are the only tires available on the standard 17-inch wheels as of the vehicle’s launch. Scion spokesman Craig Taguchi says an all-season tire will arrive at a later date.

Scotty, We Need More Power
Toyota shacked up with Subaru for engineering efforts that include the Scion FR-S’ 2.0-liter horizontally opposed four-cylinder engine, which makes 200 horsepower and 151 lb-ft of torque. The power output is on the low side, but on flat roads the boxer engine has enough oomph to be entertaining in the lightweight coupe.

Toyoda insisted, “This car is not about numbers! It’s about passion!” I get it, but an additional 30 to 50 of these numbers would help the FR-S be even more of a blast to drive on the street. Accelerating briskly from a stoplight doesn’t feel very passionate, even if the car is great to fling around a tight track or autocross.

The engine makes its peak horsepower at 7,000 rpm as it approaches a 7,400 redline, where the engine sounds wheezy. It’s not helped by a “Sound Creator” that takes noise from the engine’s air intake passage and transmits it into the cabin for effect. I’ll take that feature in the Lexus LFA with its symphonic V-10 engine, but not in the FR-S.

Going uphill in the mountains near Las Vegas, the car struggled to ascend in 5th and 6th gear; I rode out 4th gear at 65 mph just to maintain speed. Passing on the highway takes careful timing and patience to pick the right spot because the FR-S doesn’t jump away at higher speeds once the accelerator is mashed.

Nifty engine tech resides under the hood with Toyota’s fuel-injection system that uses both port injection and direct injection to achieve the FR-S’ impressive gas mileage ratings. The EPA rates automatic models at 25/34 mpg city/highway, while manual models take a hit at 22/30 mpg.

The two transmissions offer copious amounts of win. Yes, that’s right, the six-speed automatic is good. Choosing the six-speed manual is still a no-brainer, but picking the auto isn’t a shameful choice. The auto transmission’s Sport mode speeds up the automatic shifts to deliver quickness similar to a dual-clutch automatic transmission, but without the awkward off-the-line clutch engagement that’s so common among that type. Sport mode intuitively holds gears longer and rev-matches downshifts. Other modes include a standard Snow mode that softens throttle application and starts the transmission in 2nd gear to aid in slippery conditions.

Other automakers making budget performance cars should take note of the Scion FR-S’ manual shifter because few do it this well. The shifter’s throws are short and the engagement into each gear is firm. The clutch, while on the lighter side, makes the FR-S easy to drive normally and still enables quick gear changes.

Interior
Considering the car’s small exterior dimensions, Scion gives front occupants heaps of room. I’m 6 feet tall and slender and was comfortable after hours in the car, thanks to highly bolstered front seats that also have good lower back support. The rest of the interior reflects the car’s small exterior, with a backseat that requires legs to be optional. For me to fit comfortably in the backseat, the front occupant would be positioned so far forward that his or her nose would be pressed against the windshield.

The Scion FR-S has 6.9 cubic feet of cargo space — similar to the 370Z and slightly more than the MX-5 — but ultimately more cargo room is available because the FR-S has a folding backseat. Scion says a spare set of tires for track duty can fit back there when the seat is folded.

As for the interior’s design, it’s classic sports car with a few new touches: The center tachometer in the dashboard is easy to read when flying around the track, and an easy-to-read digital speedometer supplements the hard-to-read analog one.

The materials, for the most part, are impressive for the FR-S’ $24,200 starting price, plus a $730 destination fee. The armrests are padded nicely, as is the soft-touch upper dashboard. The stitching around the interior looks high-quality. The cars I drove were pre-production prototypes, so some observations may not be reflected on the final product. Keep an eye out for the climate controls that felt flimsy and straight from Scion’s econoboxes, plus a folding backseat that felt and looked like cardboard. It’s actually a good thing people can’t fit back there considering they’d have to sit against that uncomfortable seat.

Items you won’t find are a sunroof — Toyota uses a solid roof to keep weight down — or steering-wheel audio controls. Normally I’d oppose the lack of these features, but not having them keeps with the FR-S’ purpose-built affordable performance nature. The FR-S’ charm makes up for the absent features, unlike the 2012 Genesis coupe 2.0T R-Spec I tested that forgoes convenience items yet under-delivers on its performance promise. (The coming 2013 Genesis coupe will have more power, but we haven’t driven it yet.)

An optional BeSpoke stereo bumps up power from 300 to 340 watts total and includes a 5.8-inch touch-screen that supports Pandora radio and other applications when paired with an iPhone; Scion says Android compatibility is in the works for a later release.

Accessories are available a la carte and at the vehicle’s launch will include small items like wheel locks and mud guards. The fun accessories become available in the months after the car’s launch, like lowering springs, cold-air intake, cat-back exhaust system, plus a rear spoiler, larger brakes and 18-inch alloy wheels to replace the standard 17-inchers. Taking the already handsome FR-S and making it hotter will be body extensions from design company Five Axis to amplify the Scion’s body lines.

Safety
The Scion FR-S has not been crash-tested as of this writing. Standard safety equipment includes the federally mandated antilock brakes, electronic stability system and front airbags, plus seat-mounted side-impact airbags for front occupants and side curtain airbags for front and rear seats.

FR-S in the Market
Scion should have no trouble selling the FR-S to its target audience of enthusiasts. The FR-S base price is pricey compared with Scion’s current offerings, but it’s also completely different so people who have never considered Scion will be checking out the rear-wheel-drive coupe.

A little extra power could go a long way, but the FR-S’ charm and fun-ness are enough to seal the deal as-is. The Scion FR-S is a car I long to get back into for another go, which is something I can’t say of many other $25,000 coupes.

Awesome until the engine fails

Fantastic enthusiast car for the rookie driver as

December 17, 2020
By JDMsportfan from Atlanta, Georgia
Owns this car

Fantastic sports coupe, especially for the money. Very reliable and good on gas, and fun to drive at speeds under the speed limit. One of the best handling cars I've ever driven, on par with cars that cost twice as much. Definitely would recommend to someone wanting a sporty daily or a fun handling car. Also a great platform for modifications and originality.

Rating breakdown (out of 5):
8 people out of 9 found this review helpful. Did you?
Show full review
4.1

Great, I love everything about this car except that it is not practical as a daily driver. I’ve never had any issues and it runs like a champ

Rating breakdown (out of 5):
6 people out of 7 found this review helpful. Did you?
Show full review
See all 115 consumer reviews

All model years for the Scion FR-S 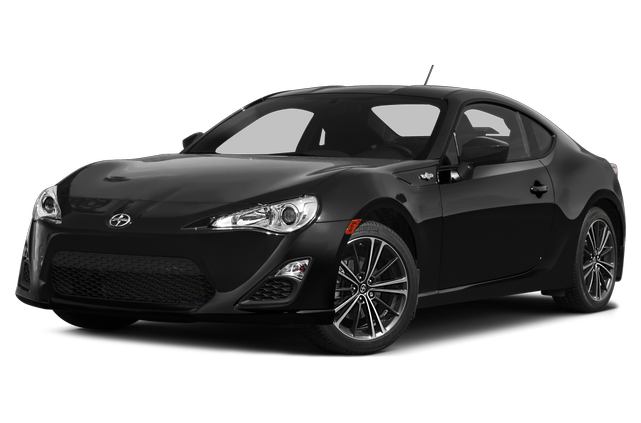 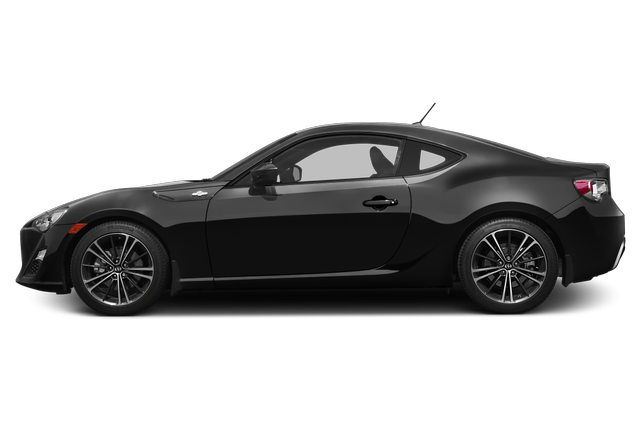 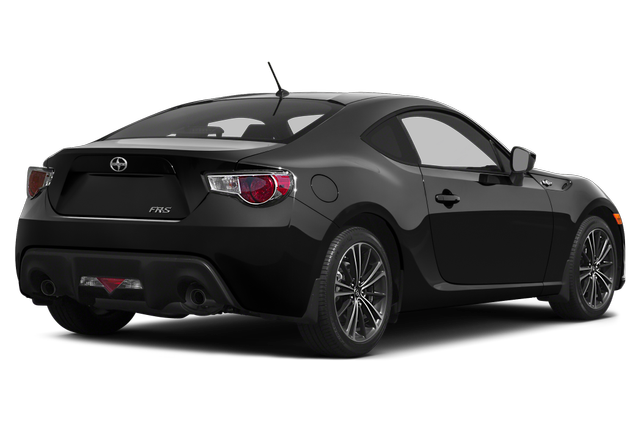 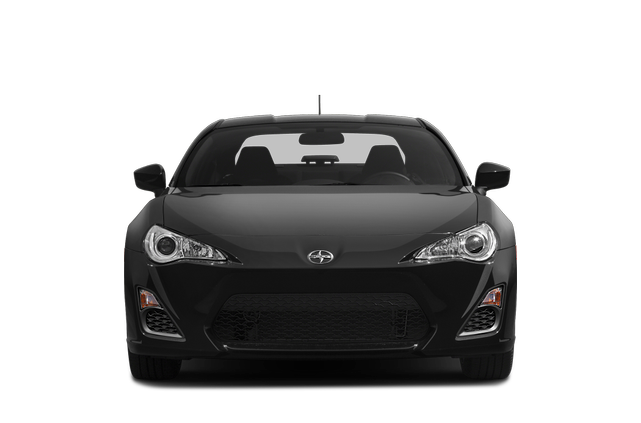 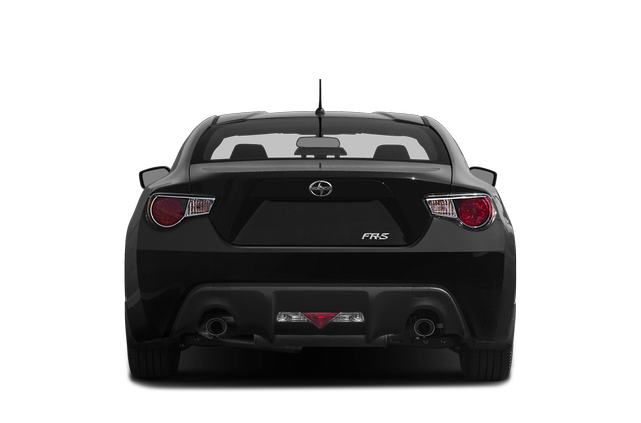 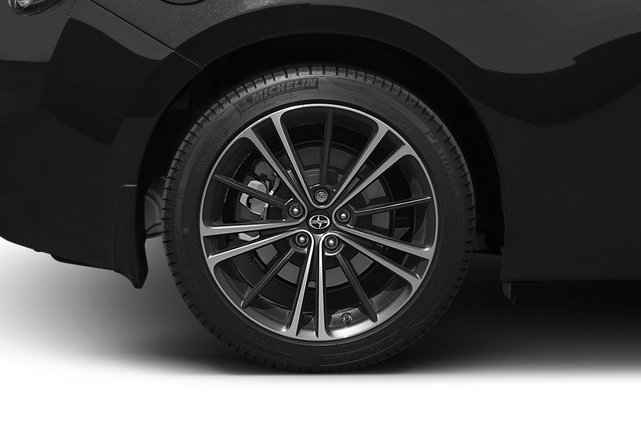 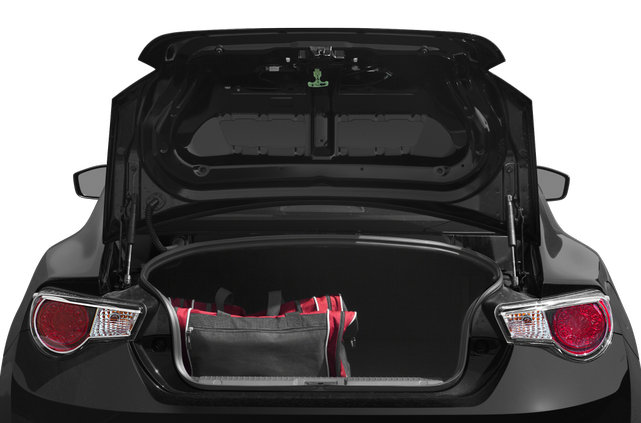 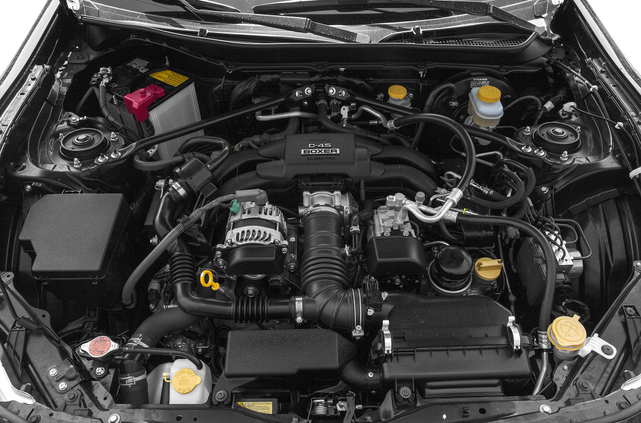 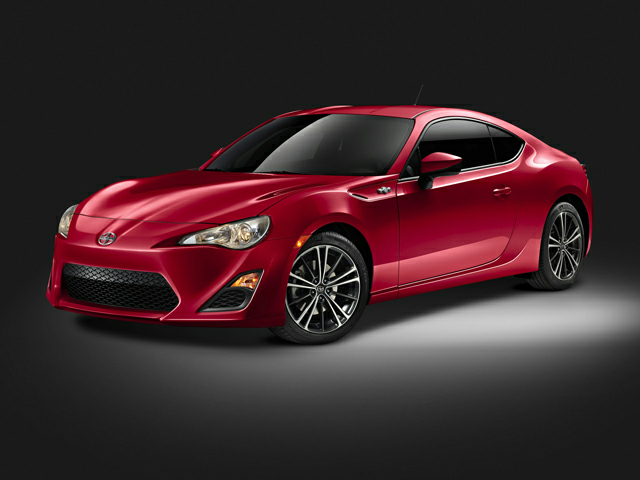 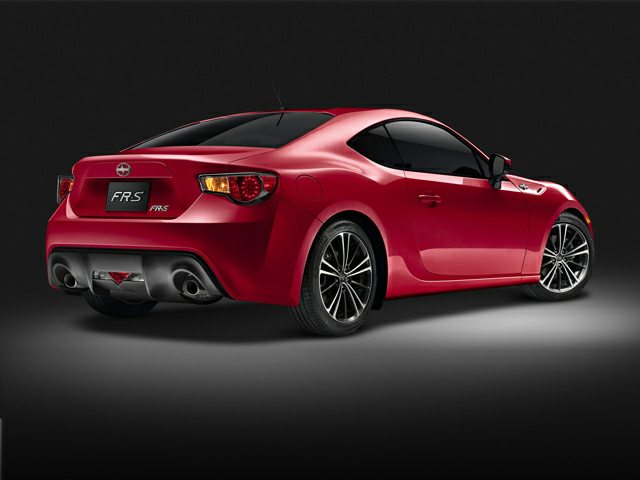 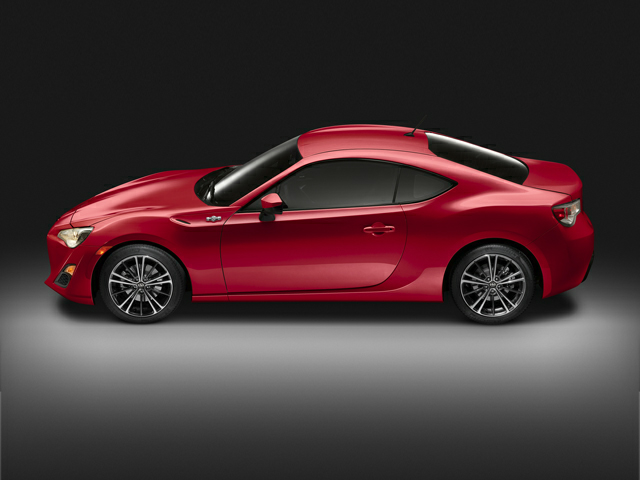 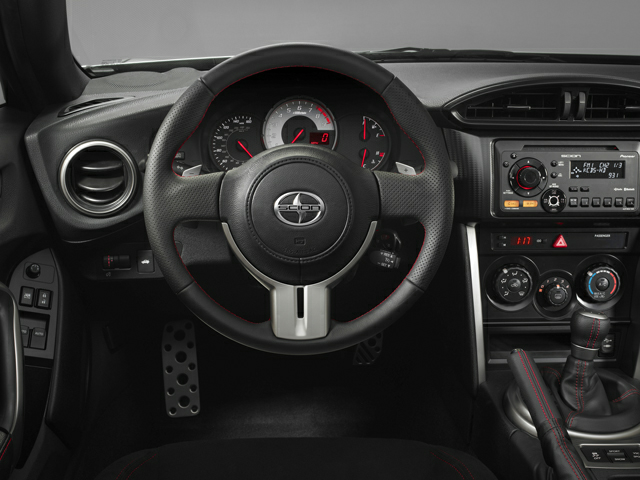 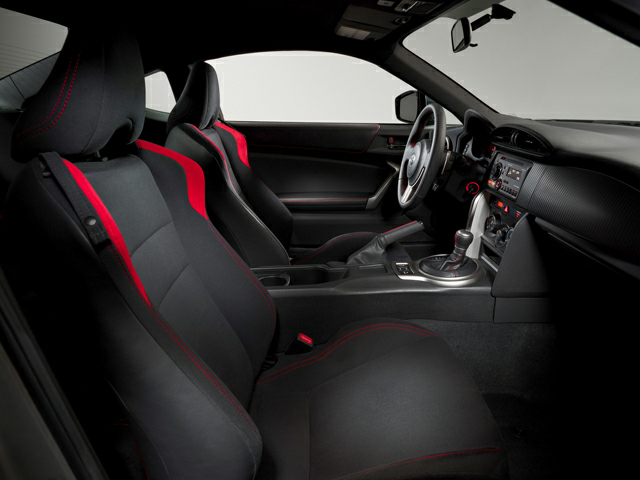 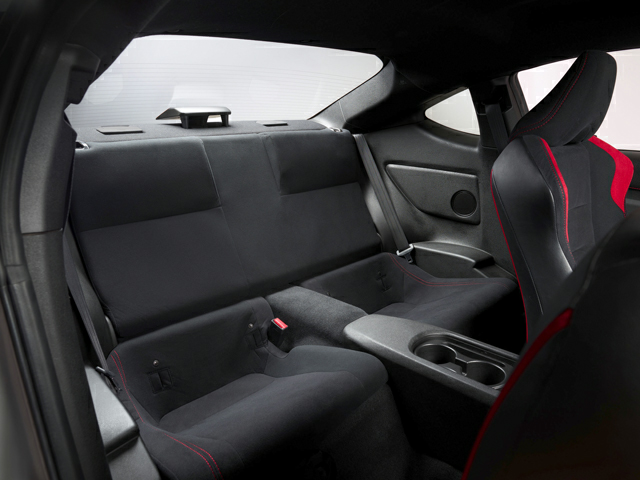 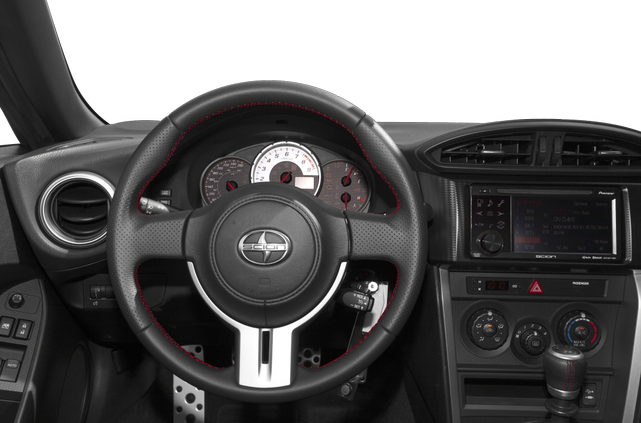 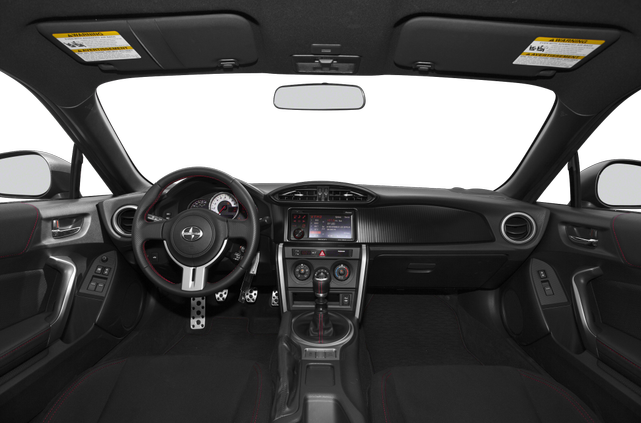 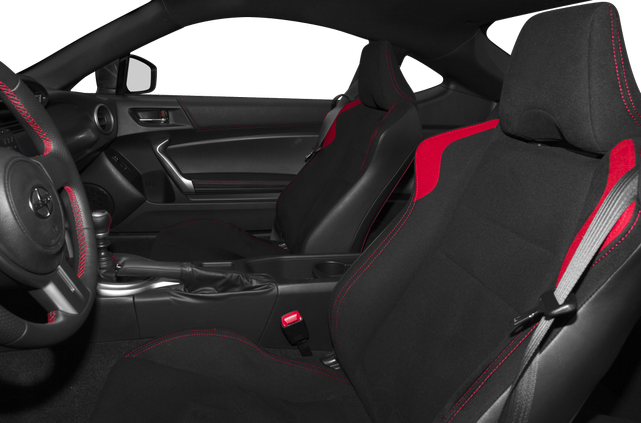 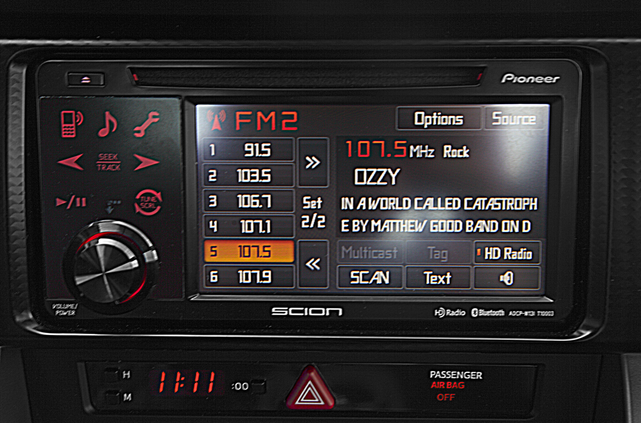 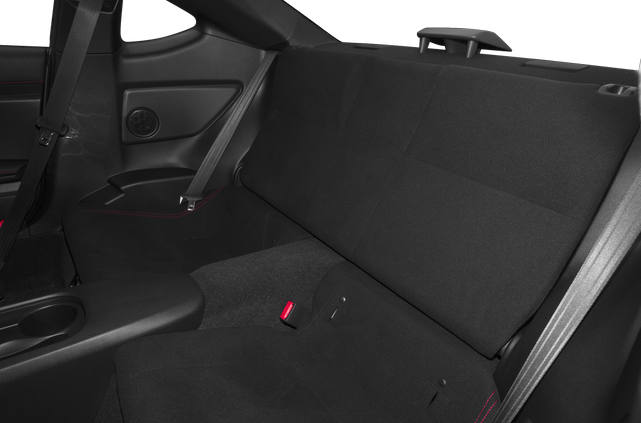 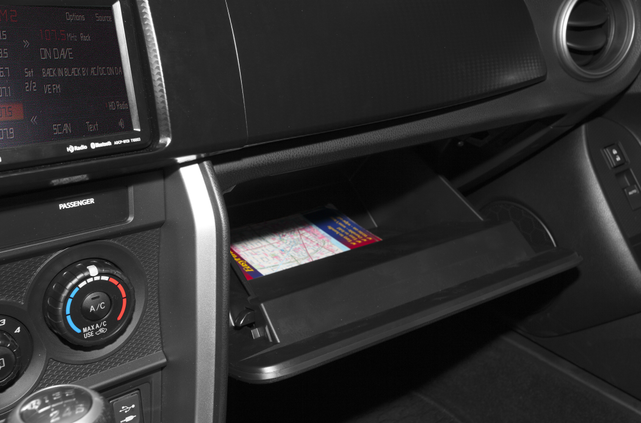 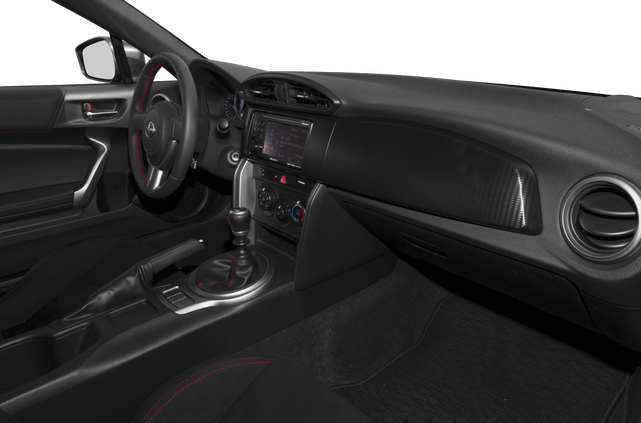 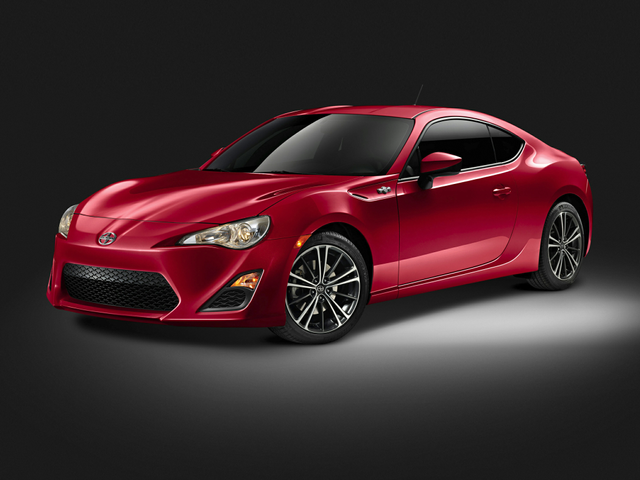 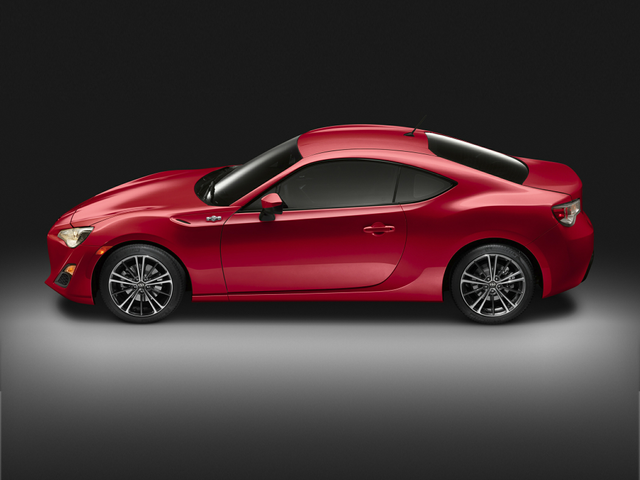 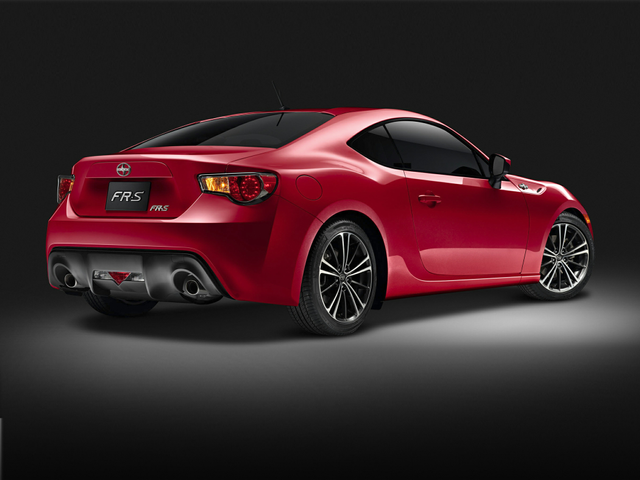 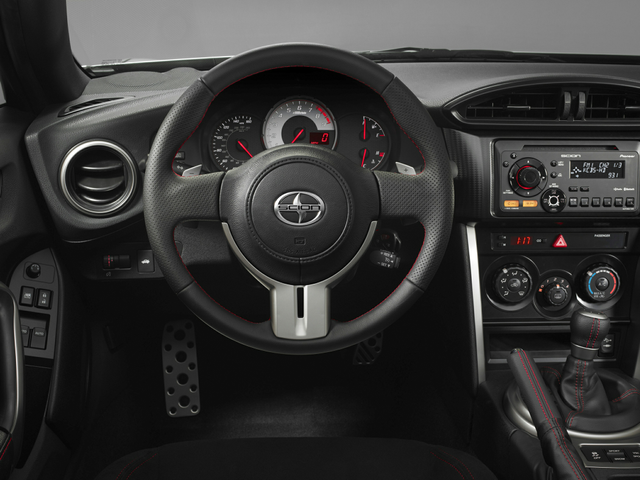 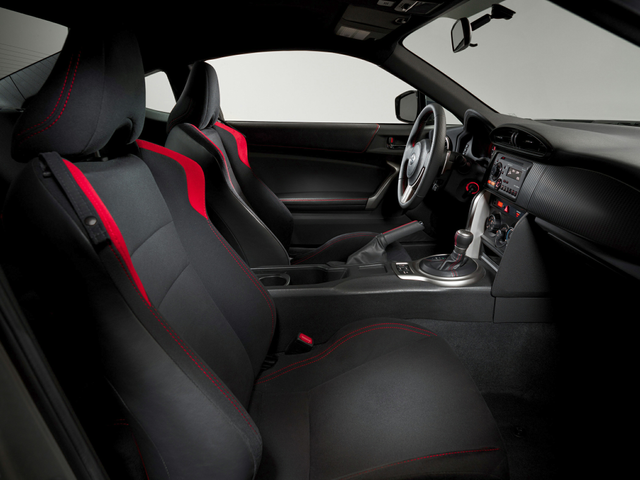 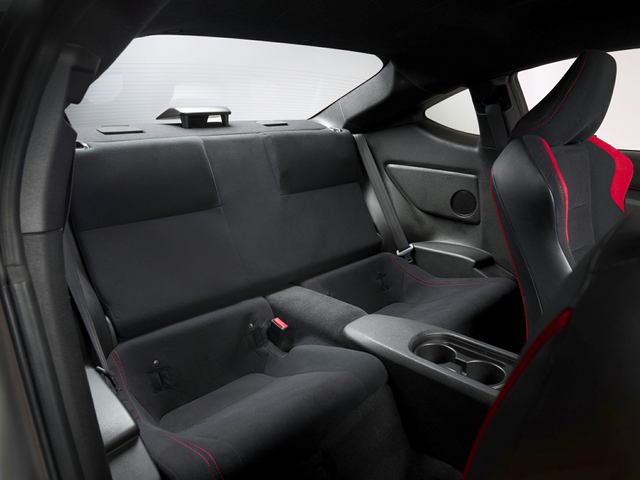