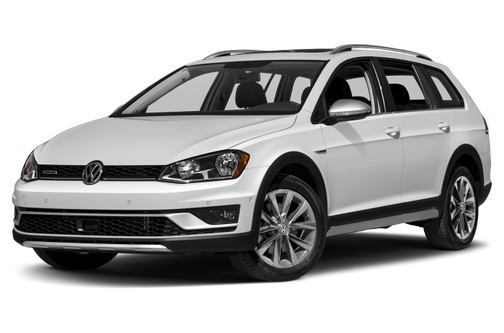 Our 2017 Volkswagen Golf Alltrack trim comparison will help you decide.

The verdict: While there is much to like about the Golf Alltrack, it may not offer enough gains in capability and features to warrant its price premium over the Golf SportWagen it is based upon.

Versus the competition: While it's not quite as capable, the Alltrack has the cargo capacity and many of the abilities of a compact SUV, but its closest competitor may be the more affordable Golf SportWagen upon which it's based.

The Golf Alltrack shares a lot with the SportWagen (compare them here), including its powertrain, general dimensions and trim levels (S, SE and SEL). There are a few key differences, mostly in styling and price. The Alltrack starts about $2,000 more than a similarly equipped SportWagen, which is a big markup for the changes it offers.

The off-road-oriented, all-wheel-drive-touring Alltrack aims at the Subaru Outback, which is another raised wagon-like vehicle. The Alltrack also offers enough cargo room and capability to go up against compact SUVs like the Subaru Forester and Jeep Cherokee. Compare these competitors with the Alltrack here.

I spent a week with a mid-trim 2017 Alltrack SE, including time at an off-road park to see if its add-ons are worth its added cost.

The Volkswagen GolfAlltrack looks like a butched-up SportWagen: The bumpers are different and there are silver (instead of black) roof rails, but the biggest styling change is the addition of black plastic lower cladding all around the car that makes it look more rugged. There’s also 0.6 inch of added ride height and an extra 1.4 inches of ground clearance, bringing the total up to 6.9 inches.

The 2017 Alltrack shares the SportWagen’s powertrain: a 170-horsepower, turbocharged 1.8-liter four-cylinder that makes a gratifying 199 pounds-feet of torque. The Alltrack also has standard 4Motion all-wheel drive and comes only with Volkswagen’s six-speed, dual-clutch automatic (a manual transmission option is coming in early 2017). VW chose wisely in stealing from the SportWagen. Peak torque comes on at just 1,600 rpm, and it feels lively and peppy, both on- and off-road.

4Motion functions like a front-wheel-drive system most of the time, but when it detects a loss of traction, an electronic center differential can send up to 50 percent of power to the rear axle. If power needs to be moved laterally, 4Motion can use the electronic stability system to brake the wheel that’s spinning freely to transfer torque to the other wheel. The Alltrack has unique suspension tuning and its Driving Mode Selection system adds an Offroad setting, which changes the steering feel and accelerator response for more delicacy off-pavement.

Though it’s positioned as an off-road-oriented vehicle, the Volkswagen Golf Alltrack is a blast to drive on the street. The powertrain and steering are both very responsive and have great feel. The additional ride height doesn’t affect ride quality; it still has that inherent sportiness that members of the Golf family possess in spades.

Off-road, returns aren’t as positive. The added ground clearance means the Alltrack gets over small obstacles the SportWagen may not have, but it’s not enough clearance to make it a bona fide off-roader. I wouldn’t be comfortable taking the Alltrack on anything more than a dirt or gravel road; any trail involving suspension articulation or crawling is a no-go. Also problematic were the Alltrack’s tires: When I tried to climb a dirt hill, the 4Motion system was working overtime, but there just wasn’t any grip to be had. Put on a different set of shoes and the story might be different.

Fuel economy estimates are the same across all trim levels: 22/30/25 mpg city/highway/combined on regular gas. This matches figures for the SportWagen with the same powertrain but lags behind FWD versions by a good margin (29 mpg combined).

The Alltrack’s interior mirrors the minimalist exterior design; it isn’t flashy, but it gets the job done. Alltrack badging lets you know you’re not in a SportWagen, and I liked the feeling of the imitation leather upholstery, which comes standard. The flat-bottom steering wheel makes the whole thing feel sportier.

The backseat has plenty of headroom, which is a concern at times in models with a panoramic moonroof (such as the one in my SE). Legroom is ample, but there’s a high cabin floor, which means backseat passengers may find their knees raised and their legs poorly supported. That can be fatiguing over longer stretches.

There were, however, a few strange omissions in the SE for a car that costs over $32,000: it has no automatic climate control or navigation system. Those three items don’t show up until you jump to the SEL trim, which starts at $33,710 (including an $820 destination fee).

All trim levels of the Volkswagen Golf Alltrack offer a 6.5-inch touchscreen in the center console, but it has different technology depending on trim level. On the S and SE, the screen is used for most controls, including the drive mode selector and some safety systems (if equipped).

Jump up to the SEL and you’ll add the Discover Media system, which includes navigation as well as Android Auto and Apple CarPlay. It’s especially frustrating that the lower trims don’t have these smartphone interfaces, as they’d allow for mirroring of device-based navigation apps on the dashboard screen.

A backup camera is standard, but the Alltrack’s exciting safety options come as part of an $845 Driver Assistant Package. It adds adaptive cruise control, forward collision warning with automatic emergency braking, front and rear parking sensors, and a self-parking system that handles the steering while you parallel park. The Alltrack also offers a system called Park Pilot, which uses the parking sensors to detect objects in the car’s periphery. The proximity of these objects is shown on the multimedia screen, along with the path of the Alltrack, so you can see if you’ll be able to pass the obstacle.

In the SEL, the Driver Assistance and Lighting Package gets a bit more expensive ($1,995) and adds more content, including bi-xenon headlights and an adaptive front-lighting system that turns as you steer the car, plus automatic high beams and lane departure warning.

The Alltrack earned top scores in all Insurance Institute for Highway Safety crashworthiness tests and the middle score of advanced for crash avoidance and mitigation. See where it stands in the IIHS Small Cars class here.

To assess the Volkswagen Golf Alltrack’s value, you must start with its closest contemporary, the SportWagen, which starts at $25,750 for an S model with automatic transmission and AWD (all prices include destination). The Alltrack S starts higher, at $27,770 similarly equipped. It replaces the base SportWagen’s cloth upholstery with imitation leather and adds the off-road upgrades.

My SE checked in at $32,195 thanks to the addition of the Driver Assistant Package. That struck me as expensive for what you get; a similarly equipped SportWagen (with Driver Assistance but sans AWD) runs $28,445.

There is one thing to note, however: The Golf SportWagen offers AWD only on S trims, so if you want an SE or SEL with AWD, you have to get an Alltrack. Is it worth it? In a way. AWD options are still few in this class; Subaru offers the Outback, but when you compare that with the Alltrack, it just makes the decision even murkier: An Outback — with more cargo and cabin space and safety features similar to the Alltrack SE — ends up at $30,565. It’s harder to make a case for the smaller, more expensive Alltrack.

This makes the Alltrack a tough sell in many ways, which is a shame because I really like it. Its acumen on the street is unquestioned, and the interior is more refined than what’s found in the Subarus. But that price tag makes it hard to swallow. Those who do pony up won’t be disappointed, but unless you’re really going to use that marginal gain in capability, my choice would be the SportWagen and a nice vacation.

VW Alltrack a fun ride on and off the highway

May 8, 2022
By Loyal VW Driver from Arizona
Owns this car

I've put 78,000 miles on my VW Alltrack and it's been a comfortable and reliable ride with enough turbo juice to make it fun around town and on the highway. It's done well off the pavement but nothing too crazy or rocky. The Alltrack was not the least bit challenged by a 40-inch snowfall in Flagstaff, Ariz., in Feb. 2019. I dug it it out and it performed flawlessly. My sixth VW and this one has been well worth the investment.

It's the perfect Colorado automobile!

This car is ideal for anyone looking for something reliable, economical and driving through the snow. Finally, VW is giving Subaru a run for it's money!

This car meets all my needs in a safe reliable addition to a traditional full size 4 wheel drive SUV. I have a large SUV to handle towing, hauling, and taking the entire family on an extended road trip. My Alltrack fills that need when I am; running errands like a trip to Costco, on a quick weekend getaway with just my wife and our dog, or trying to find a spot in any parking garage in the city.

Rating breakdown (out of 5):
3 people out of 3 found this review helpful. Did you?
Show full review
See all 71 consumer reviews

All model years for the Volkswagen Golf Alltrack 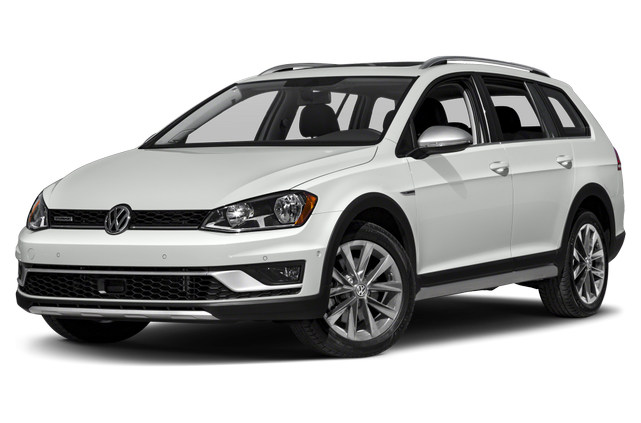 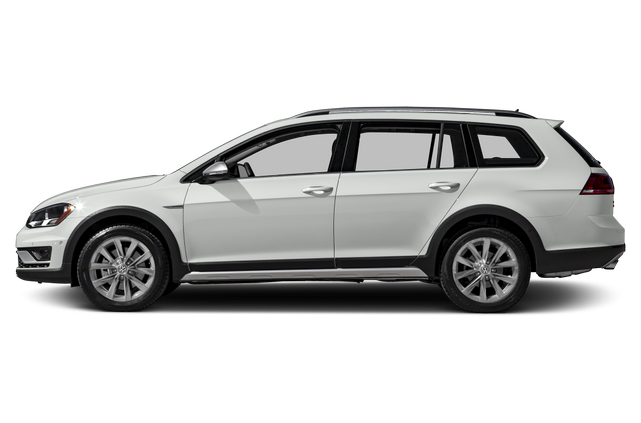 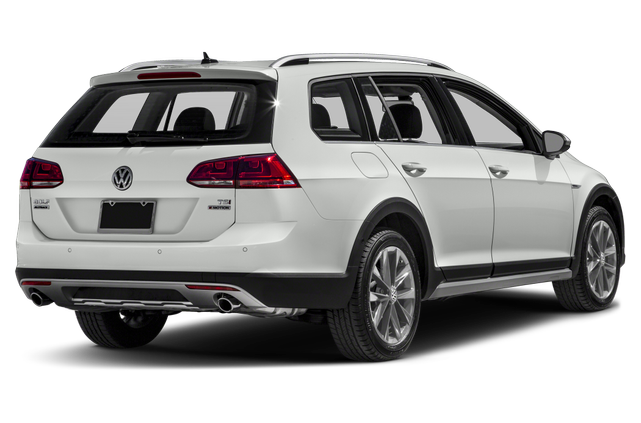 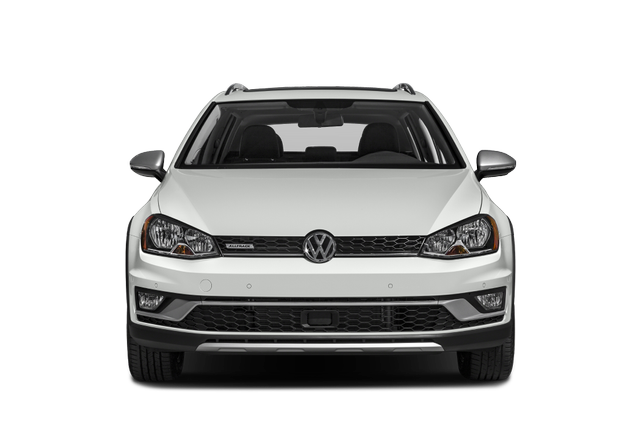 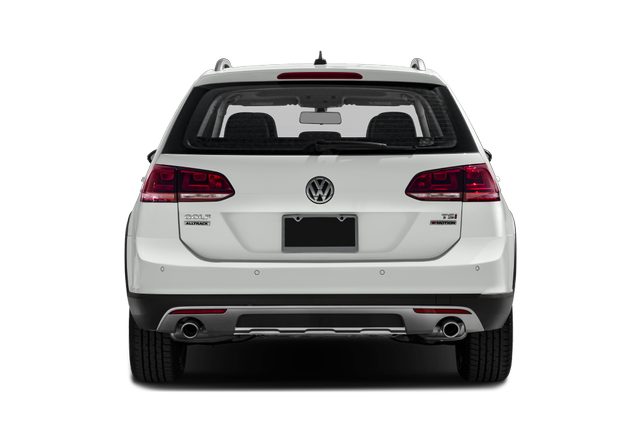 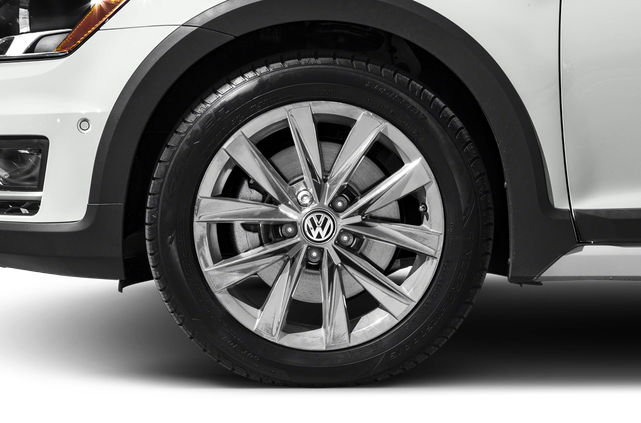 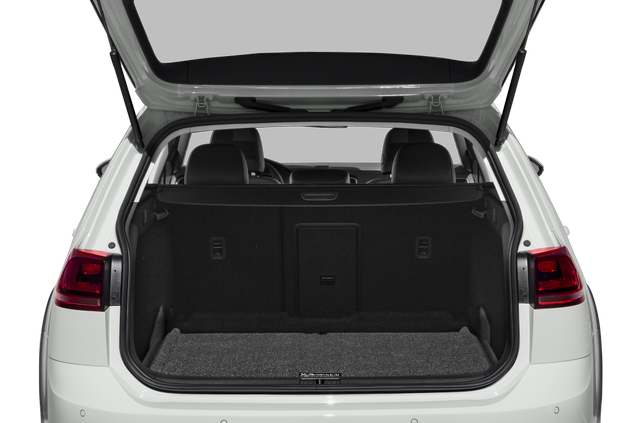 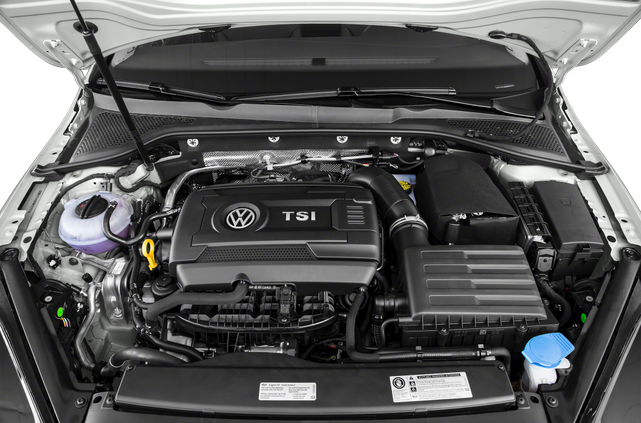 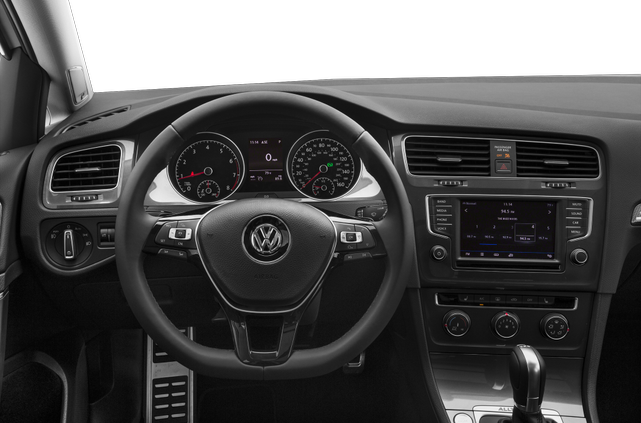 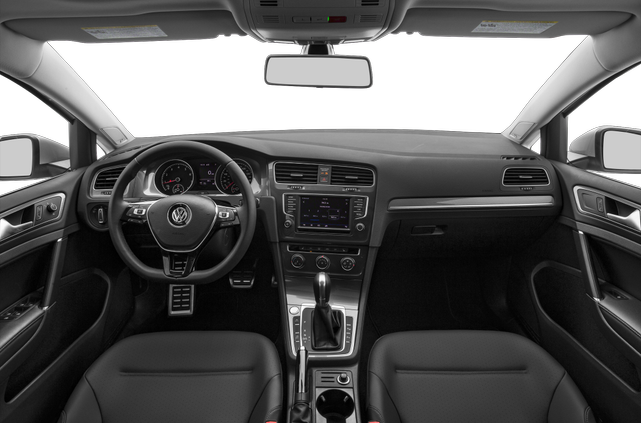 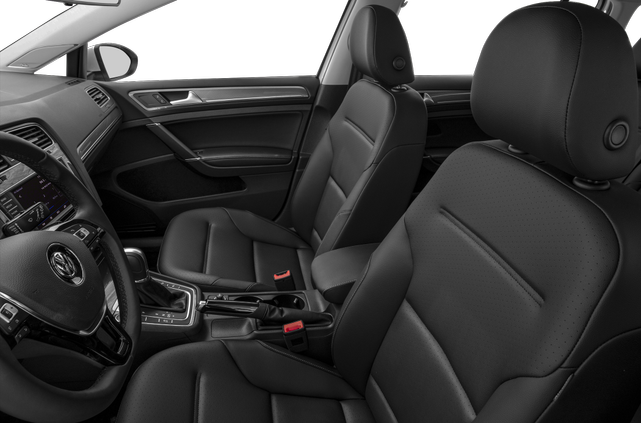 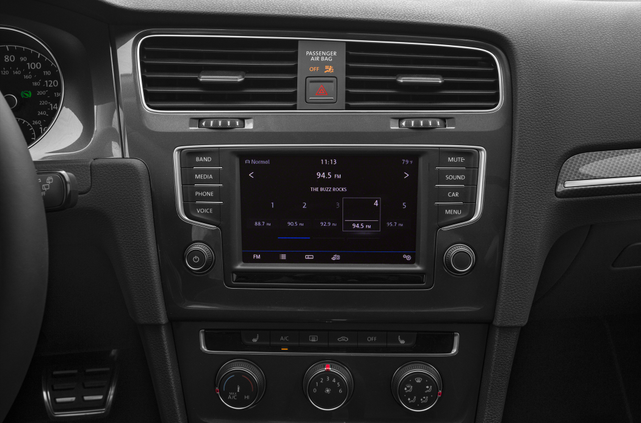 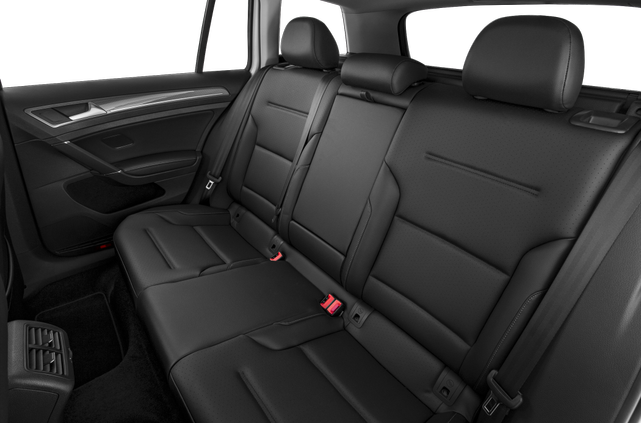 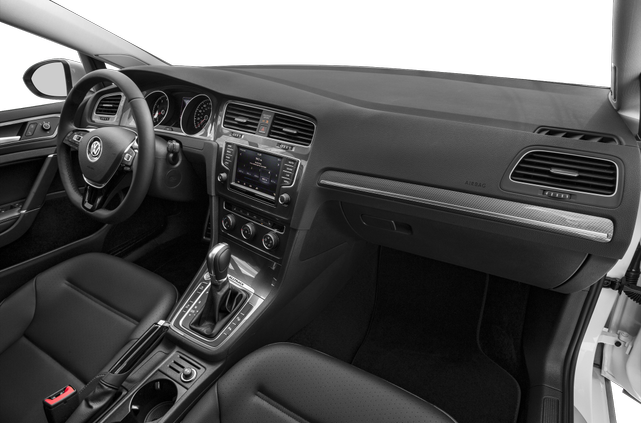 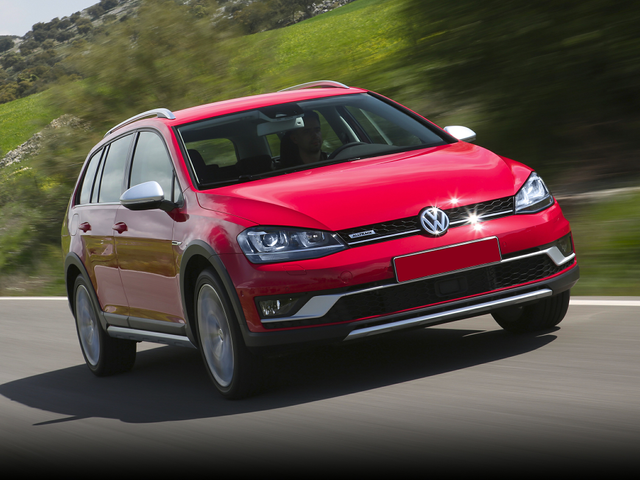 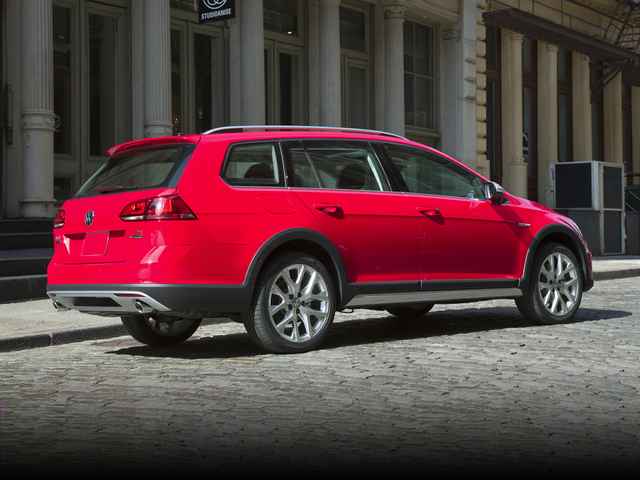 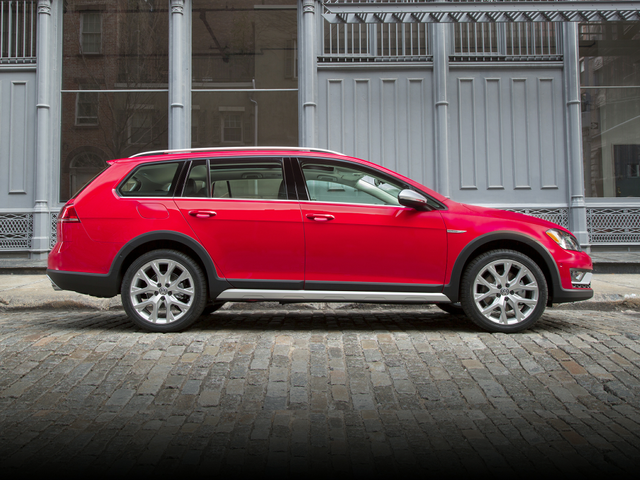 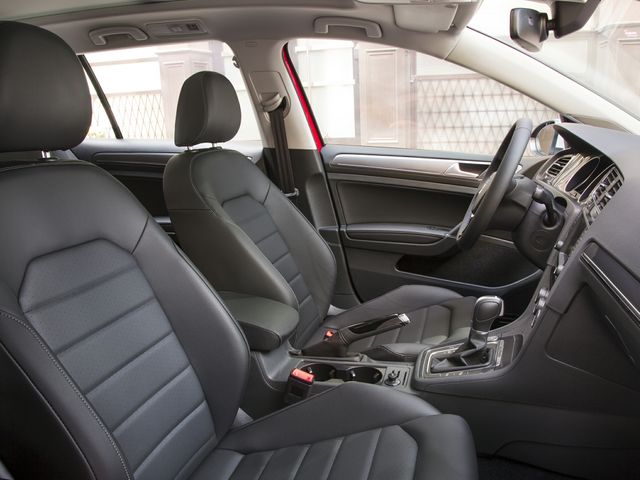