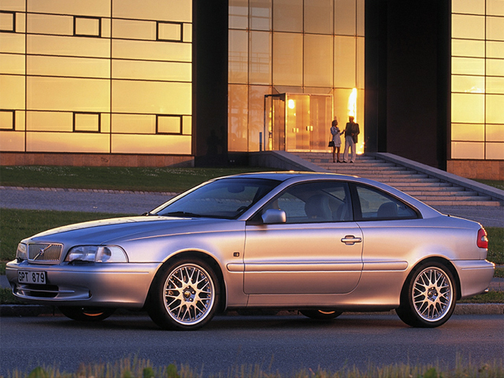 Our 2000 Volvo C70 trim comparison will help you decide.

The Chrysler Sebring is the nicest convertible in the market–for the price.

The Saab 9-3 convertible is nicer –but pricier.

The Volvo C70 is the nicest convertible in the market–if money is no object.

The C70 convertible entering its third year in the market for 2000 is a solid machine.

Top up, windows down, wind noise minimal. The top doesn’t shimmy or vibrate. Talk as you would in an enclosed coupe. The only drawback is that the top wraps around the sides to the point vision suffers when backing out of a parking space or slipping into the right lane after passing.

Other than limited side vision, the top forces one other concession. Its hiding compartment takes space from the trunk. You have enough room for one set of golf clubs, but we emphasize one set.

The 2000 C70 convertibles we tested came with a high-pressure, turbocharged 5-cylinder engine teamed with 5-speed manual transmission and 4-speed automatic. The high-pressure 236-h.p. turbo is offered for 2000 in addition to the 190-h.p. light-pressure turbo offered with automatic for 1999.

One advantage of the high-pressure turbo is that it comes with lower-profile 16-inch radial tires designed for better handling for the more robust driver. The treads with the light-pressure turbo are more for cruising and offer softer ride and less sure-footed handling.

We tested the C70 convertible both with 5-speed manual and 4-speed automatic and favored the automatic because it better fit the character of the car. The aut omatic also better fit the condition of local roads between April and October when the lowest, politically connected bidder sets out his barricades and patches the road until the snow flies.

Nothing diminishes the enjoyment of a smooth shifting 5-speed manual and a fairly spirited engine more than the sight of a deeply tanned young man or woman standing in the road twisting the sign that reads “slow” on one side, “stop” on the other.

The 4-speed automatic is smooth and quiet. Lose a little kick off-the-line? A little, but as we said, if that’s your chief concern, go coupe and leave the convertible for those who don’t pay homage to checkered flags.

Volvo sent the 5-speed because it said that’s what the media who focus on performance demand. In a C70 coupe, fine, but in a C70 convertible the concern isn’t with zero- to 60-m.p.h. times or beating a Mercedes off the line as it is pushing that power top button and getting up-close and personal with Ms. Nature.

By the way, when testing the C70 we noticed many other convertible owners driving top down with the sun beating on them. Those hell bent on frying their skulls at midday might find that at dusk and after, it is even more enjoyable to lower the top and absorb the cool breezes on a leisurely jaunt through the countryside. If it gets too cool, reach for the button marked “heater.”

The C70, like the Sebring convertible from Chrysler, has a rear seat that accommodates the adult human and not just the rugrats. A big plus.

Some, however, might say a convertible is fine, but in this age of safety concerns, having nothing over your head except ol’ Sol and ol’ soot isn’t reassuring. Volvo relieves those concerns with automatic, popup roll bars behind the rear seats. Should the car tilt more than 40 degrees to one side or more than 70 degrees front to rear or should all fou r tires leave the road, the bars pop up to provide rollover protection.

We had no occasion to check out Volvo’s boast, much to the delight of Volvo, we might add.

You’d probably have to be drunk or on drugs to even come close to tipping or tilting the C70 convertible that much thanks to the optional stability and traction control. At speeds less than 25 m.p.h. the system automatically applies the anti-lock brakes to any slipping wheel to ensure stability and traction by controlling unexpected spin. At speeds more than 25 m.p.h., ABS plus an automatic reduction in engine speed helps control whee l spin.

The system is a $540 option. Hmm? In a car that starts at $45,000, you’d think Volvo would make it standard, wouldn’t you? In a car that requires only the push of a button to lift and hide the top and is equipped with sensors to activate roll bars when all four tires lift from the road, you’d think stability and traction control would be on the standard feature list.

The 5-speed manual and 4-speed automatic cars we tested came with upgraded ($595) surround-sound audio systems. When the top is down, the system automatically dials itself up so you don’t have to adjust the volume.

The C70, Sebring and 9-3 convertibles better enjoy their day in the sun because by this time next year the Toyota Solara soft top will have arrived. The Solara coupe is a sports-tuned Camry with two-doors and one of the finest machines on the market. You have to suspect the convertible will be equally pleasing, if not more so with a top that motors down.

And since the Solara coupe starts in the low $20,000s with the preferred V-6, you have to suspect that the Solara convertible will be priced closer to the Sebring than the 9-3 or C70.

Car gets unusually high compliments for its looks

March 3, 2021
By jcbmarine from Fairfield, Ohio
Owns this car

It is 21 years old and it still gets compliments when the top is down but never when it is up. I look forward to warm sunny days now.

Nice car for the DIY

LOoks current, nice styling, ride is good, and acceleration is fine with the LT coupe. Mileage 26 mpg. Good enough. If not 'joy ridden,' engine and tranny keep well. little things (mostly of brittle plastic) like window regulators, sunroof, steering bump stops (that stop wheels from rubbing wheel well) wear, and costly if mechanic or dealer, but if you can do it yourself, all are fine, needs a timing belt change every 100k, again, costly if mechanic's prices. 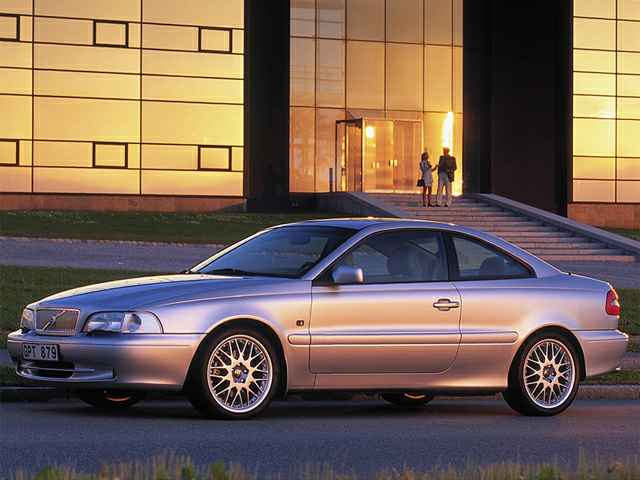