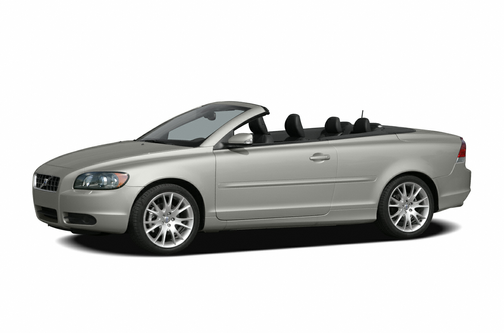 Our 2006 Volvo C70 trim comparison will help you decide.

No question: Pininfarina tricked out the retractable C70 T5 — and Volvo will never be the same. A few years ago, I spent some time in Stockholm during the midsummer holiday, a time when sturdy and sober Swedes emerge from their homes and go to the beach in huge and appallingly pasty numbers. It was then that I began to formulate my latitudinal theory of nakedness.

Close to the equator, nakedness doesn’t even register particularly, because it’s hot and such exposure seems perfectly natural and organic to the setting. It’s clothing that seems perverse. If you’ve ever spent time on a topless beach in, say, Brazil, you know that the rush of nudity wears off in about five minutes. Then it’s time for cocktails. However, the farther north you go, and the more the natives tend to be bundled up against the elements, the greater the shock and titillation when they finally do take off their clothes. Which is why the sight of a naked Canadian lumberjack is so enthralling. Or is that just me?

To the point, then: There is something inexpressibly illicit about a convertible Volvo, a Nordic brand that has spent much of its history buttoned up to the chin, literally and figuratively (the sleek, be-finned Frua/Ghia-designed P1800 of the 1960s being the exception that proves the rule). Just consider the ideography of the company badge, the grille with the left-to-right slash across it, so much like the forbidding red circle-and-slash symbol. How Lutheran can you get?

Then along came the C70 convertible – the previous generation of Volvo’s four-seat cabriolet from 2000 to 2005 – that could, in moments of sun-kissed promiscuity, peel back its canvas top to reveal its fleshy cargo. Good heavens, Ingrid! Look away!

How much more shocking, then, is the new C70 T5, equipped with its naughty retractable hardtop? Here you have an altogether proper-looking two-door coupe, an attractive car but in no way provocative and certainly offering no clue (like a canvas top) that it’s capable of such immodesty. And yet, at the touch of a button, the seemingly solid roof luridly disassembles itself into three pieces, which then arrange themselves in a stack before descending into the trunk space, after which the deck lid clamshells shut on top. It’s a 30-second mechanical burlesque, a servo-motor striptease. All the car needs is a red velvet curtain to duck behind.

Fortunately – and unlike so many sun-starved Swedes on the beaches of the archipelago – the Volvo looks good naked. The C70 is the platform twin of Volvo’s S40 compact sedan and V50 wagon, and it shares those cars’ close-coupled conformation and handsomely beveled shoulders. A graceful, lazy line flows across the car like poured varnish. The C70 is, however, 5 1/2 inches longer than the sedan, with the extra length composing the car’s extra-large bootie call, which accommodates the retractable hardtop. Even with the top up – which is how it will spend most of its life – the car looks great. The deployed top has the weightless curvature of an architectural span.

Not surprising, really. The C70’s styling was a joint effort between Volvo design and Pininfarina, the famed Italian coachbuilder, which took up residence at the factory in Uddevalla, Sweden, to construct the car.

While this is the first time Pininfarina has built cars outside Italy, the partnership is not unusual. Retractable hardtops are extremely tricky to engineer. Among the challenges: The seals between panels have to withstand beating sun and driving rain, yet come apart easily, quietly and quickly, for thousands of cycles. Also, the devices consume unwholesome amounts of trunk space. The C70, for instance, has a 13-cubic-foot trunk with the top up. It’s half that when the top is stowed. Then there’s weight. The C70 weighs 325 pounds more than the S40 sedan, which has two more doors. As cool as these two-in-one cars are, retractable hardtops do have some trade-offs.

And yet “retractables” – a coinage more parallel to “convertibles” – are becoming commonplace. The next BMW 3-series coupe will be a retractable, replacing both the coupe and the convertible this fall. The new Passat-based Volkswagen Eos has a five-piece top mechanism that even incorporates a glass panel, like a sunroof. Perhaps the slickest installation is for the Mazda MX-5. The top retracts in 12 seconds, doesn’t consume any trunk space and adds a mere 85 pounds to the weight of the car.

Which brings me to Dollo’s Law. Named after 19th-century Belgian paleontologist Louis Antoine Marie Joseph Dollo – also famed for his pioneering work in the field of extra-wide business cards – Dollo’s Law states that evolution is progressive, that abilities gained, and structures lost, are not reversible over time.

It seems to me that the marching morph-ability of exterior car panels might have benefits beyond the convenient irradiation of Westside hipsters. Why couldn’t pickups have retractable bed covers that, when deployed, would greatly improve fuel economy by virtue of cleaner aerodynamics? For the same reason, why don’t sports cars have retractable wheel valances for greater top speed? Just wondering.

Volvo’s contribution to the science of retractables includes the first side-curtain air bag in an open-top car. Typically, these devices deploy from the roof headliner. Volvo’s safety monks engineered the side-curtain bags to shoot upward from the doors. These bags stay inflated longer than other air bags, thus helping contain passengers’ heads and arms during rollovers. Additionally, the car has pyrotechnic rollover bars in the back that will spring up in the event the auto senses an impending rollover. If the top is up, these bars will blast through the rear window to help support the weight of the car. Better them than your forehead.

More nuts and bolts: The front-drive car is powered by a turbocharged 2.5-liter inline five-cylinder putting out a less-than-astonishing 218 hp, the same as in the sport version of the sedan. Due to the added weight of the top and the long legs of the five-speed automatic, off-the-line acceleration is slower than the sport sedan’s, about 8.3 seconds by my Ironman watch – of all the places to be modest. (A six-speed manual transmission comes standard on the car.)

Once up to speed, however, the Volvo is a deeply gratifying way to muss up one’s ‘do; with the windows rolled up, the turbulence is manageable even at three-digit speeds. The optional Dynaudio sound system – all 14 speakers and 910 watts – is loud enough to make crows on distant power lines explode into a ball of feathers.

The T5 package, which is standard on the American version of the C70, includes a sport suspension and 17-inch tires and wheels – and very handsome ones, too. The car has a moderately stiff ride with significantly less compliance and wheel travel than L.A.’s formerly paved highways require. Also, I was surprised to detect a fair amount of rubbery chassis shake transmitted through the steering wheel. In terms of handling, though, no problems. The car has crisp turn-in and faultless steering accuracy, and good grip and balance in steady-state cornering. While this is no sports car, it’s certainly a capable high-speed see-me-mobile.

The rear seats are quite comfortable, if you can manage the clown-car climb to get in. The front seats have a limited forward tilt and, unfortunately, the shoulder belt is attached to the seat in such a way that it acts like a foot snare. I can imagine backseat passengers executing a painful and hilarious face plant on their way out.

My other big complaint about the C70 is its cost. Yes, it has a lot of cool features with lots of optional leather and aluminum trim, but our test car, at $44,000, didn’t even have the optional navigation system. The green LCD readout for the audio controls was adequate but not exactly rewarding. Generally, the car is butting up against the limitations of corporate platform/parts sharing. The interior, nice as it is, is virtually the same as in the S40, and for $20,000 more you expect textures and surfaces that are commensurately premium. At least the old C70 had wood trim.

Even so, this car is a primo piece of Swedish erotica, and it poses a good question: Why have two cars when you can have one? With four functional seats, great open-air esprit, good performance and sophisticated Scandinavian style, the C70 is perfectly comfortable in its own skin. Or even out of it.

Never had any issues, own over 5 years

January 3, 2018
By Damir from Bartlett
Owns this car

Great small car, very good on gas and nice design. Easy on maintenance and simple to do regular service

Great car ,no problems very smooth drive and very cool car I own this car already over 2 years and it's really good car , I didn't have any problems,regular service charge oil and tires

I'm definitely a "sporty car" kind of guy and this car is not sporty. That said it handles and holds the road very nicely and is confidence inspiring to those of us who are not trying to get a thrill from turning a corner. The C70 is beautiful enough to draw comments from passersby. It's very refined and quiet. The 6 speed manual transmission is very easy to use. We can comfortably fit 4 adults in the car (as long as none of them are huge, and if you are huge the seat can go back far enough that a 7 foot tall friend of mine can easily fit (but only an infant could sit behind him). I LOVE this car. 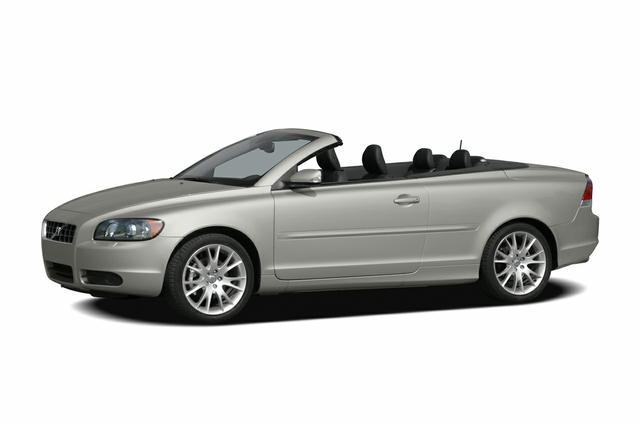 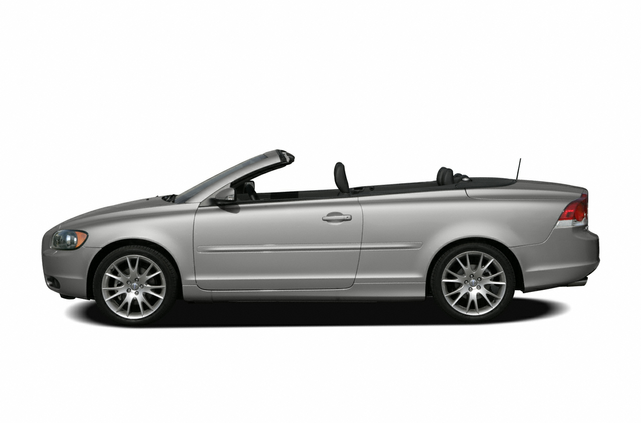 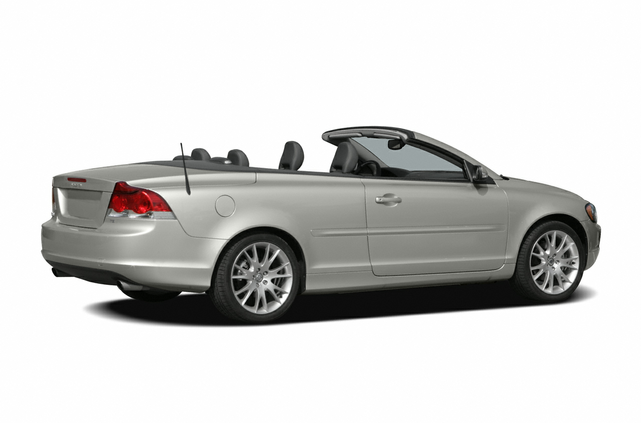 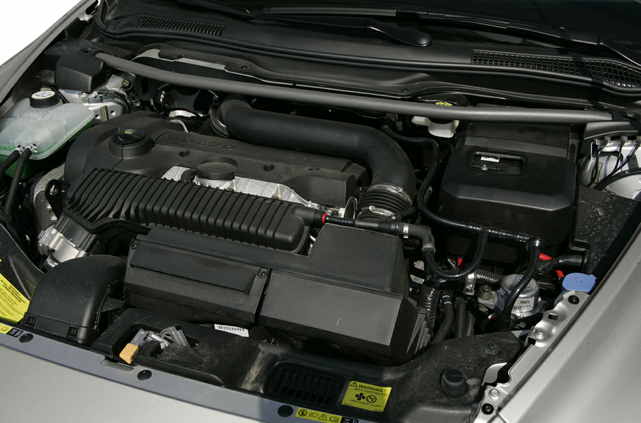 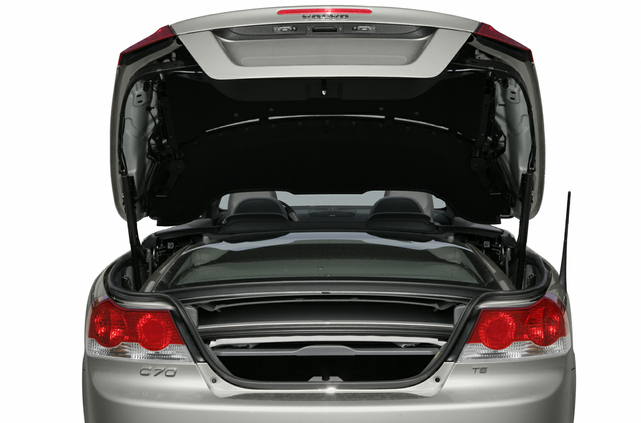 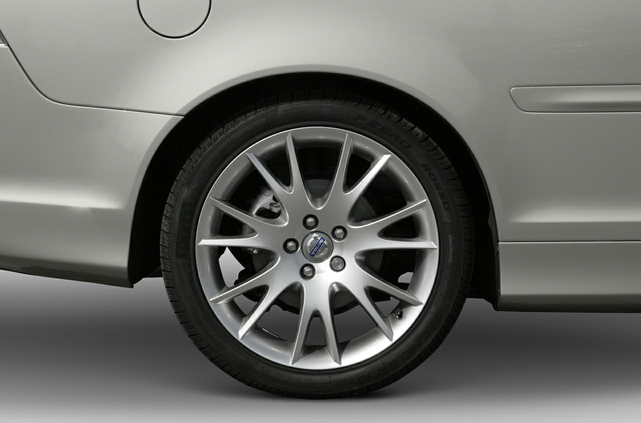 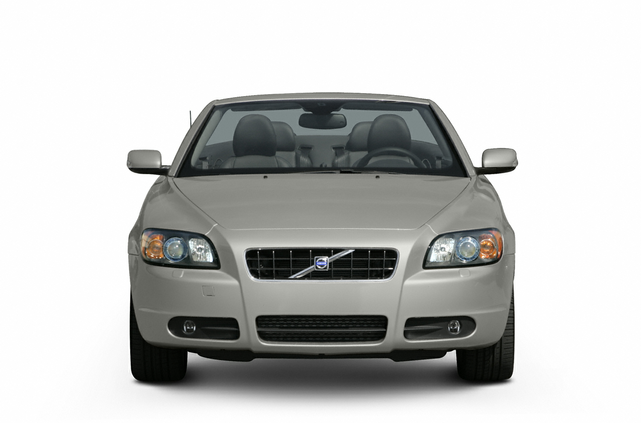 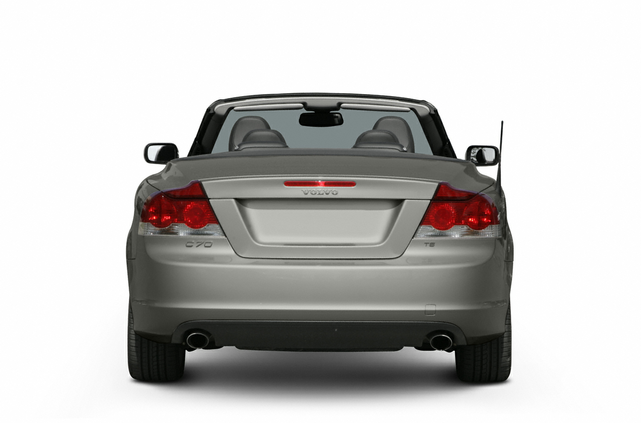 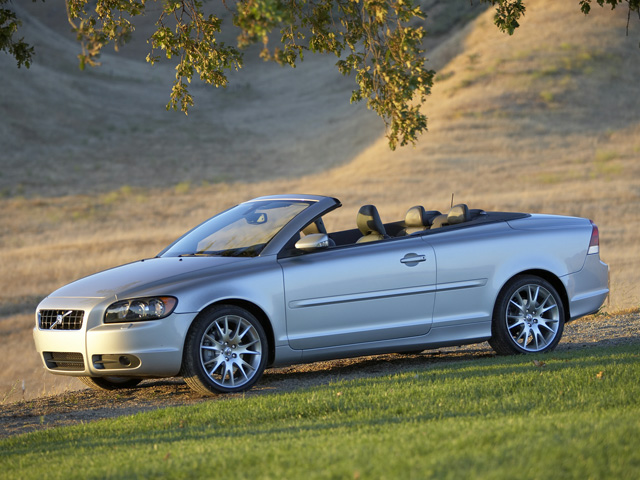 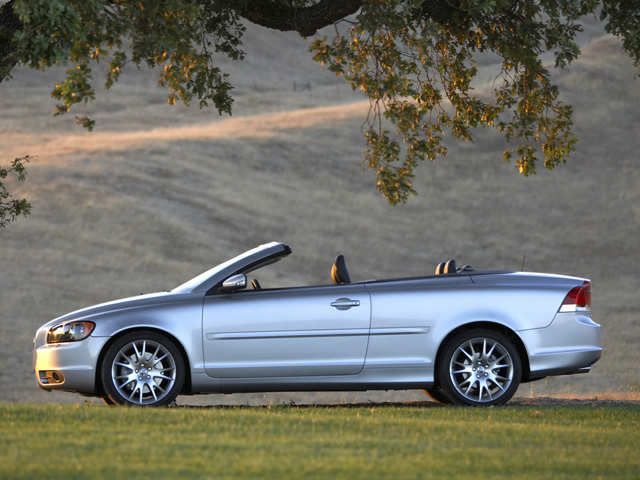 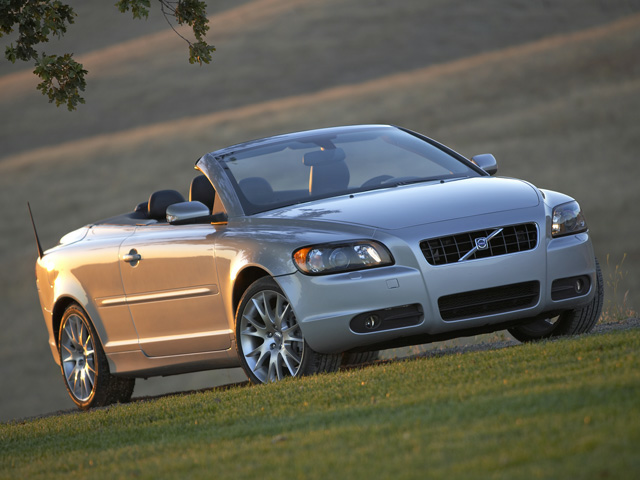 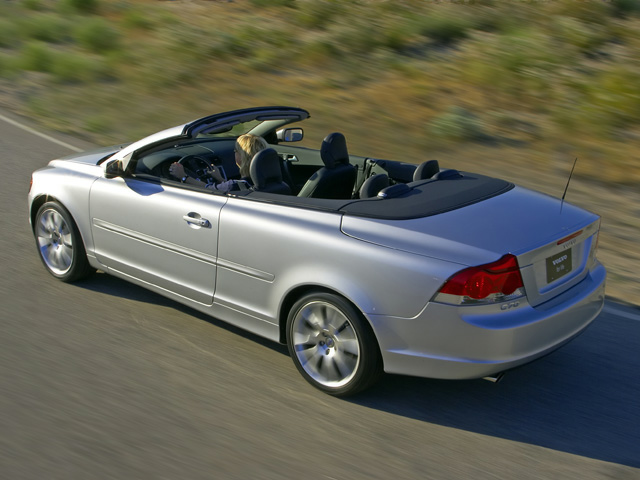 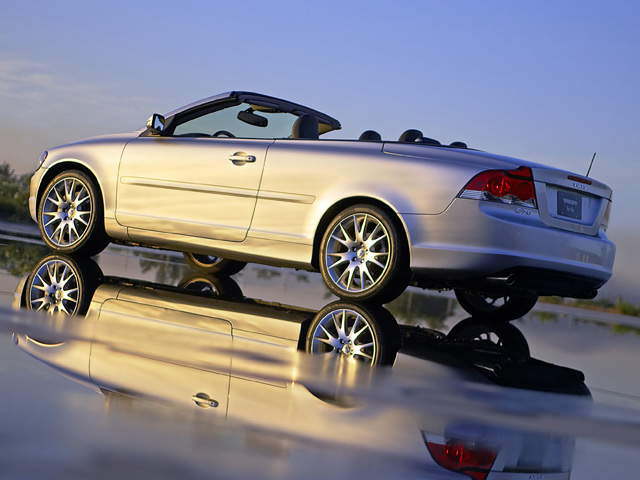 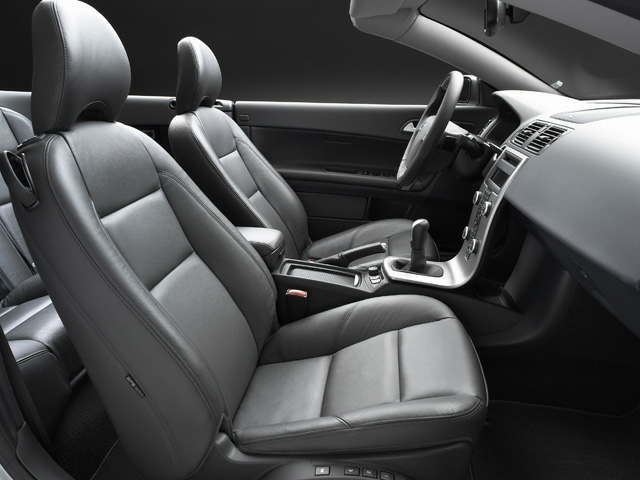 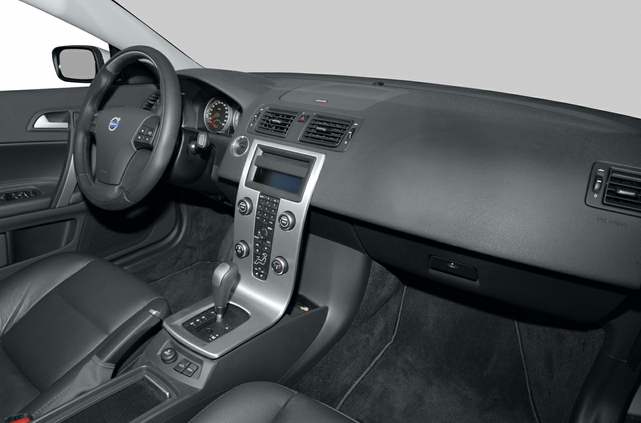 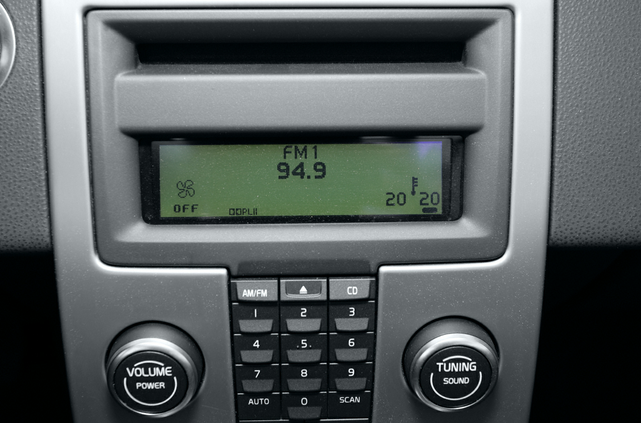 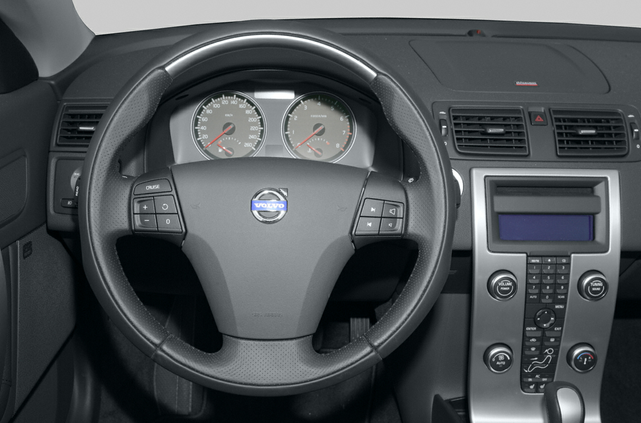 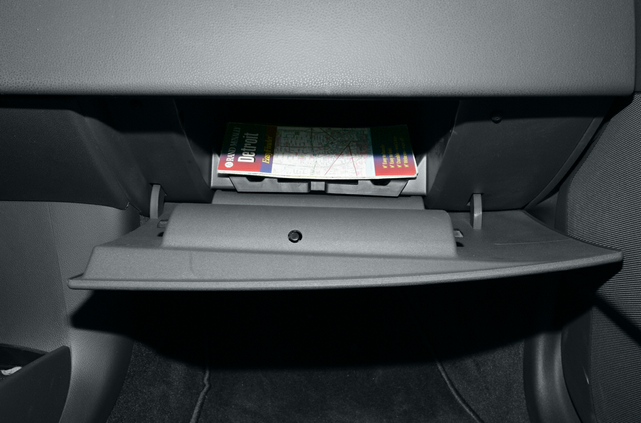 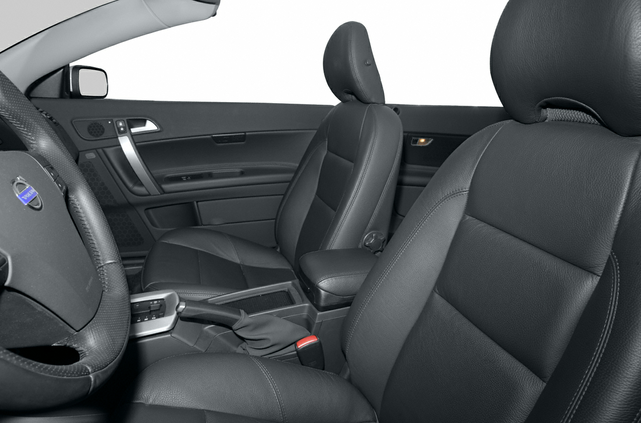 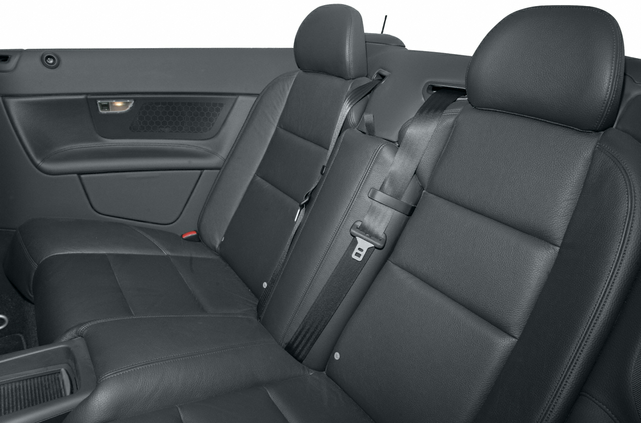 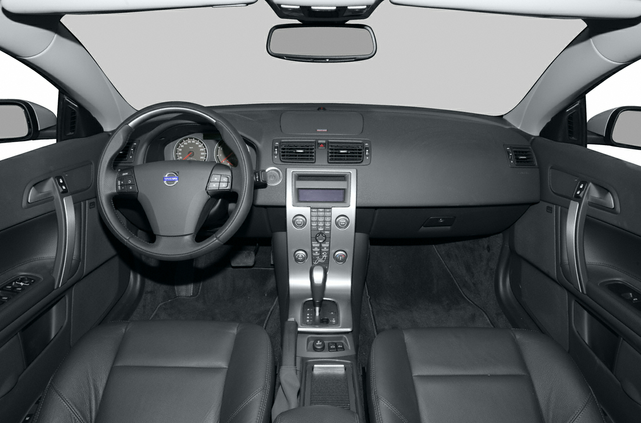 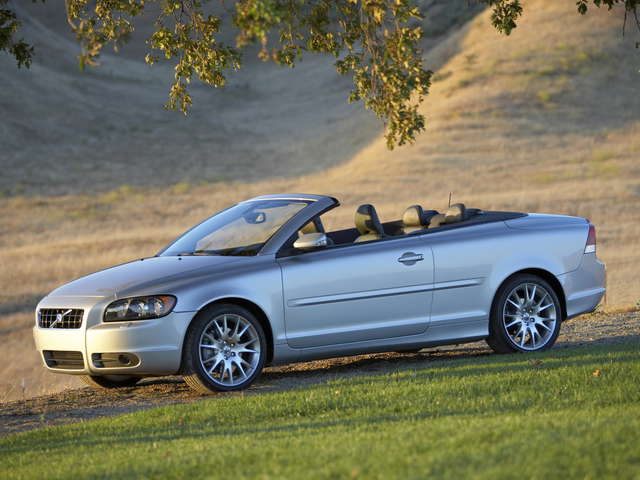