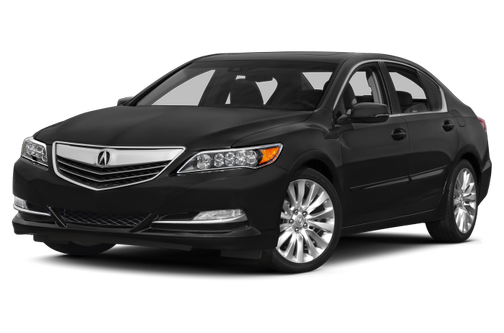 Our 2014 Acura RLX trim comparison will help you decide.

Sometimes automakers do things that make you scratch your head — a strange name, an odd vehicle, the discontinuation of a model that seemed successful. And in the world of automotive head-scratching, no brand has sold more dandruff shampoo than Acura.

The 2014 Acura RLX is a nice enough luxury sedan, but its place in the market — and even in Acura’s own lineup — is another in a long line of head-scratchers.

Over the past dozen or so years, Acura has abandoned such robust model names as Legend, Integra and Vigor for alphabeticals like MDX and RSX [scratch]. It went in a bizarre styling direction that temporarily turned one of the market’s nicest looking cars, the TL, into a punch line [scratch scratch]. And who could forget the ZDX [scratch scratch scratch]? Well, most people could, because you can’t remember something you’ve never seen. Only 775 were sold in 2012, and it will be discontinued after 2013 [scalp relief].

The RLX can be viewed as a large midsize sedan or a small full-size one. As such, it’s not much different from the RL — last sold as a 2012 model — which it succeeds. Compare the RLX, the RL and the current Acura TL midsize sedan side-by-side here.

The RLX is closer in size to a Buick LaCrosse or Volvo S80 than to such flagship luxury cars as the BMW 7 Series, Jaguar XJ, Lexus LS and Mercedes-Benz S-Class. Acura says it compares to midsize luxury sedans like the BMW 5 Series and Lexus GS, to which it’s more closely priced. (See these models compared here.)

Typical of Acuras, the RLX technically comes in one trim level but with a choice of option packages that essentially serve as trim levels, as most of them include a host of unrelated features. The Navigation Package is an exception, as it includes only navigation. There are also Technology, Krell and Advance packages. Krell is the name of a little-known, high-end audio manufacturer that designed the higher of two optional premium stereos. (The more affordable Technology Package includes an ELS premium audio system that’s an upgrade over the base RLX stereo, which is also branded ELS.)

We tested the top RLX with Advance Package for our first drive, which also includes the Krell system.

Heart Transplant
Even though the Acura RLX’s V-6 engine is smaller than that of the RL — 3.5 liters rather than 3.7 liters — it has greater output: 310 horsepower and 272 lb-ft of torque, which is 10 hp and 1 lb-ft higher. The improvement comes courtesy of Acura’s first application of direct fuel injection.

The result is great: The RLX accelerates confidently from a stop and has respectable reserve power for passing. The engine revs freely and sounds refined. The six-speed automatic transmission also behaves well. A simple Sport mode, activated via a button directly behind the gear selector, sharpens the accelerator’s responsiveness and holds the transmission in lower gears.

All-Wheel Steering
Where the RL had standard all-wheel drive, the Acura RLX begins its life only with front-wheel drive. All-wheel drive will come later in the model year, when a hybrid system adds electric power to the rear wheels.

Replacing SH-AWD (Super Handling All Wheel Drive) in the RL/RLX lexicon is P-AWS (Precision All Wheel Steer), which can turn the rear wheels a few degrees left or right. They go in the same direction as the front wheels at high speeds, for stable lane changes, or the opposite direction at lower speeds, ostensibly to shrink the car’s turning circle. A new twist not seen in earlier four-wheel steering attempts, P-AWS can turn either rear wheel independently and toe them inward during braking, which Acura says improves stability.

My first point of skepticism comes from the Acura RLX’s turning diameter, which is a none-too-tight 40.5 feet. Midsize luxury models with tighter turning circles than the RLX include, but aren’t limited to: the A6, 5 Series, E-Class, S80, Hyundai Genesis and Lexus ES and GS.

I checked out the full-size sedans, too, and those with smaller turning diameters include, but aren’t limited to: the Buick LaCrosse, BMW 7 Series, Cadillac XTS, Jaguar XJ, Lexus LS and Mercedes S-Class. Obsessed, I finally found two models with the same or greater turning diameter: the Audi A8 and the extended version of the XJ, the XJL.

None of these other cars have all-wheel steering. So the RLX’s turning circle might be tighter than it would have been without P-AWS, but it’s not comparatively superior. So far, P-AWS gives me scalp itch.

P-AWS on the Road
P-AWS does seem to make a difference in the RLX’s handling, though. When barreling through a sweeping turn, the car feels more balanced than I’d expect with a front/rear weight distribution of 61/39 percent — typical for front-drive cars. Considering that the rear wheels move only 2 degrees in either direction, the dynamics are surprising: The rear end truly seems to swing around and minimize understeer in a manner you’d expect from a balanced rear-drive car being driven deftly.

What the RLX doesn’t do, sadly, is inspire you to drive it in a spirited fashion. It has the feel of a dynamically capable touring car, but not a sport sedan. There’s nothing wrong with that, but it calls into question, again, the value of P-AWS.

The ride quality splits the difference between comfort and sportiness. What it doesn’t offer is an adaptive suspension, as some competitors do, and the resulting option of choosing one characteristic or the other on the fly.

Friendly Confines
The Acura RLX’s interior is well-appointed, with high-quality finishes and leather. Acura really needs to discover color, though, as many competitors have. The closest the RLX comes to interior color is taupe. The other options are black and gray.

One of the RLX’s selling points is legroom: It has about an inch more in the front seat than the A6, 535 and E-Class, and it equals the GS 350. Somehow it manages to offer good backseat legroom too: anywhere from about an inch and a half to 3 inches more than the other models mentioned.

It feels roomy, for sure, and the center floor hump isn’t as high as is found in rear-drive competitors. Considering the rear wheels will be electrically powered in a future RLX version, this characteristic is unlikely to worsen.

Two Screens, No Waiting
The Acura RLX is blissfully free of the kind of touch-sensitive panels that are replacing normal mechanical buttons in many new cars. Most luxury manufacturers take one of two approaches to control a car’s many functions while avoiding button overload: an easily reached touch-screen or a high-mounted display teamed with a lower controller knob. The RLX provides a new solution: a high-mounted display that’s close to one’s line of sight, plus a separate touch-screen below it that’s close enough to reach. Some of the high screen’s functions are controlled by the touch-screen, but most are by a multifunction knob below them both.

In theory, I consider this the best of both worlds — mainly because I find rotating a knob is a terrible way to enter navigation destination addresses and such. I’d only make two changes to improve it: First, the touch-screen should control more of the high screen. As it is now, you have to navigate through the upper screen’s menus using the knob, then switch to the touch-screen to type in, say, a city name. When you’re partway through typing, the list of cities that comes up appears back on the high screen, and you have to select using the knob again. All the related steps could and should remain on the touch-screen, leaving the high screen to display the map and navigation prompts.

Second, I’d put the knob right where the driver’s hand rests on the center console. The current location is forward and elevated. The best execution of the screen-and-knob approach puts the display close to your sight line and the controller close to your hand.

Safety
A new model, the Acura RLX hasn’t yet been crash-tested.

Preventive safety features include a standard backup camera and numerous high-tech options, including adaptive cruise control, blind spot warning, lane departure warning and forward collision warning systems. Active safety options include a Lane Keeping Assist system and Collision Mitigation Brake system. These two expand on the camera- and radar-based lane departure and forward collision warning by intervening autonomously. LKAS can steer the car to keep it in its lane on straight and gradually curving roads. CMBS can activate the brakes if a collision is imminent.

Fortunately, I didn’t experience CMBS, apart from a demonstration years ago when Acura was the first to produce this feature, but I did play with LKAS: If you take your hands off the wheel, the system does steer on streets with well-defined lane markers — but it does so only for about 10 seconds until it flashes a “Steering Required” warning on the instrument panel.

So the idea is what? It steers for you but it isn’t sustained, and does so only when you’re not steering yourself? Does that not promote even lazier driving? In short, I don’t get it.

See all the RLX’s safety features here, and view how well child-safety seats fit in the car in our Car Seat Check.

RLX in the Market
The Acura RLX is something of an enigma. Don’t get me wrong: It’s definitely a nice luxury touring car that does the job, and my philosophy is, “You like? You buy.” I often appreciate models that are sized between typical vehicle classes. No one says a top luxury sedan has to be as large as the S-Class or 7 Series. What perplexes most, though, is how close the RLX is in size to the TL. This is from the company that essentially has two compact sedans as well, the TSX and new ILX, with abutting prices.

To be fair, Lexus also has two midsize models, the ES and GS, but one is front-wheel drive and the other rear-wheel, respectively, and they have different personalities. The TL and RLX have similar personalities — neither of them very strong — and P-AWS isn’t effective enough to distinguish the Acura RLX in the market, much less the Acura lineup. Lots of head scratching going on …

June 2, 2021
By Shamsud from SANFORD
Owns this car

This car meets all my requirement, plenty of leg room and head room. Engine performance is very good. Back seat is also very comfortable. I am vey happy with the car.

October 13, 2020
By Sunshine from Tampa Bay
Owns this car

Great continuation of the original Acura Legend I bought 30 years ago is present in the Acura RLX. We bought the top of the line with all the "Nanny Features" to keep my 88 Y.O. Father safe and confident while driving around town; and to use for touring and road trips. Lane departure warning helped him avoid an accident the first week. We were always on the brake before the brake warning light lit up. No one seems to know when we are using bluetooth, and Dad could always hear the other party. It was also his first car with backup camera; so glad this is standard for all cars today. Gas Mileage has been as high as 32 mpg on secondary highways. Finally leaving on a long road trip in the Acura, but without my Father who passed early this year.

My RLX is 🔥 I love this car it’s stylish, smooth,comfortable I would definitely recommend this family and friends ppl are sleeping on Acura go get you one.

Rating breakdown (out of 5):
0 people out of 0 found this review helpful. Did you?
Show full review
See all 32 consumer reviews

News
Does Roadside Assistance Live Up to Expectations?

All model years for the Acura RLX 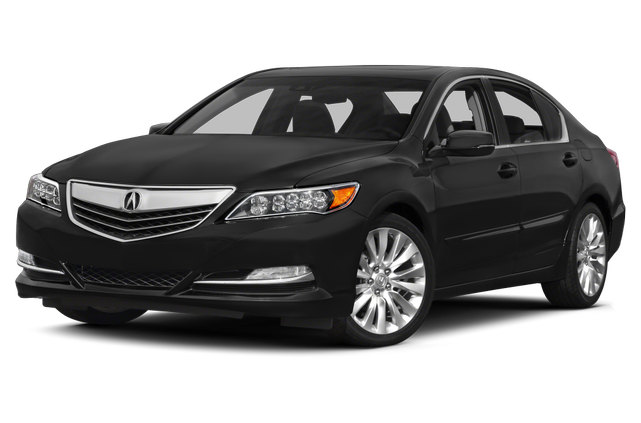 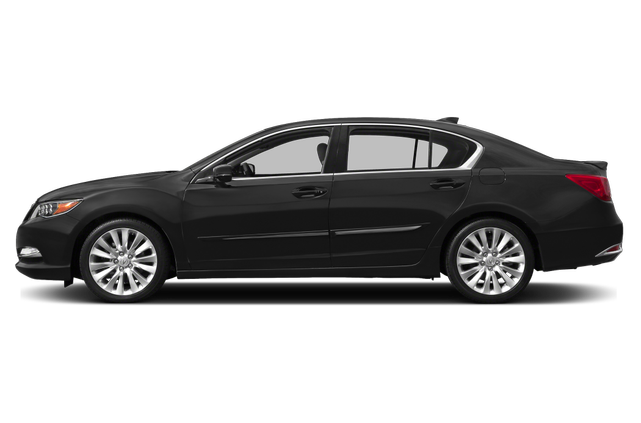 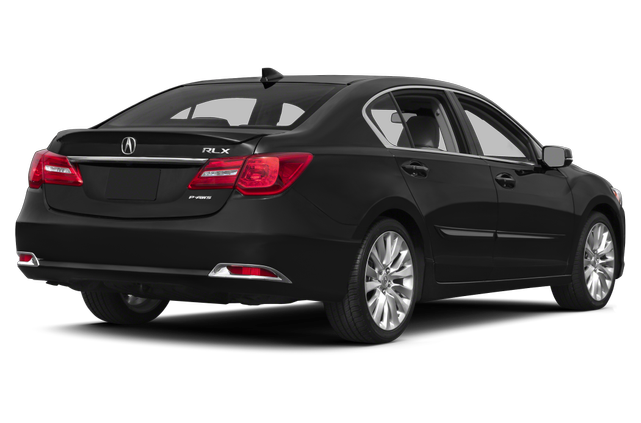 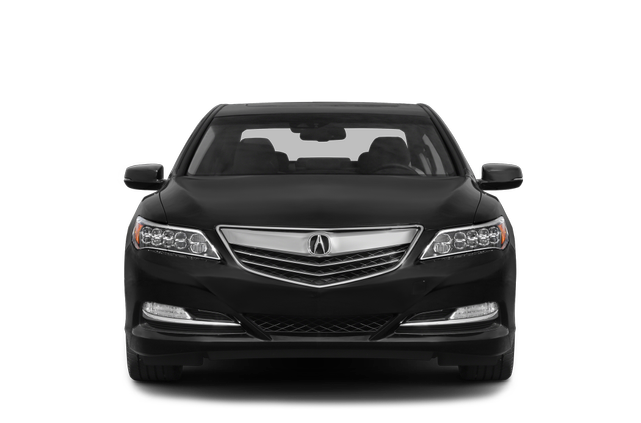 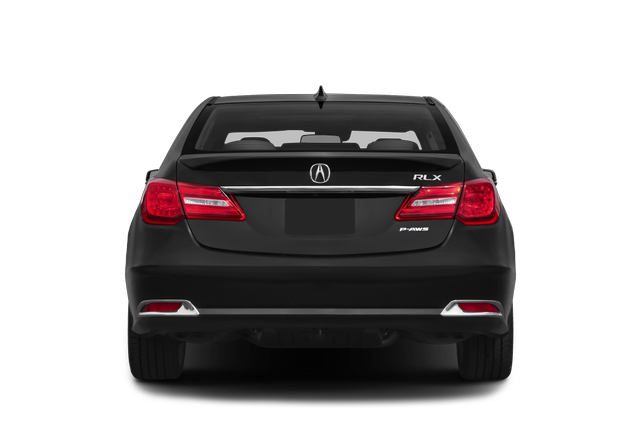 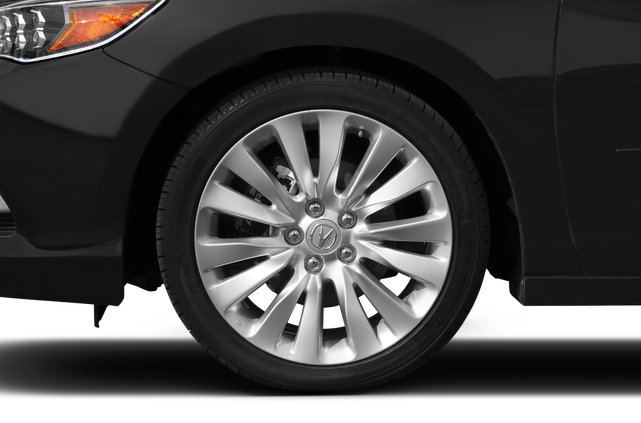 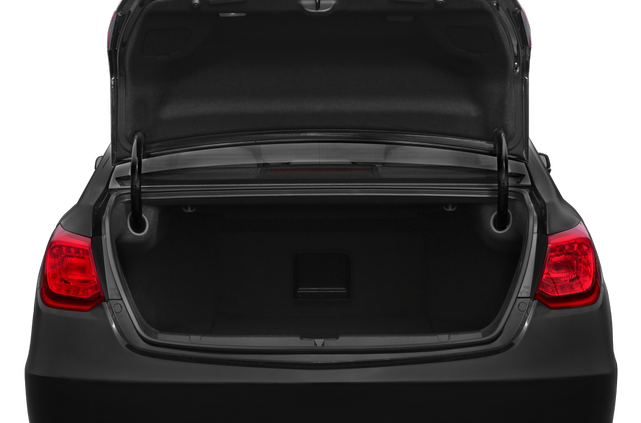 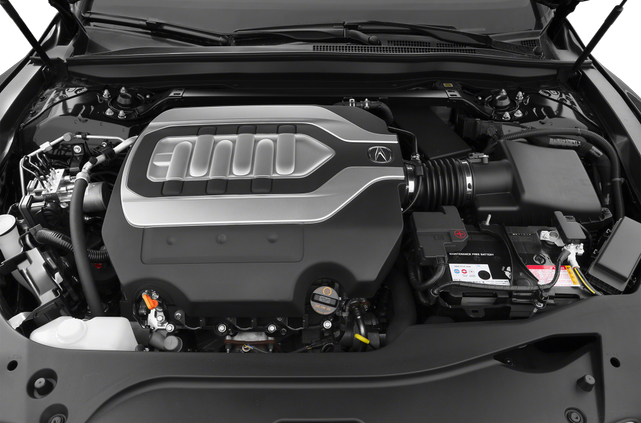 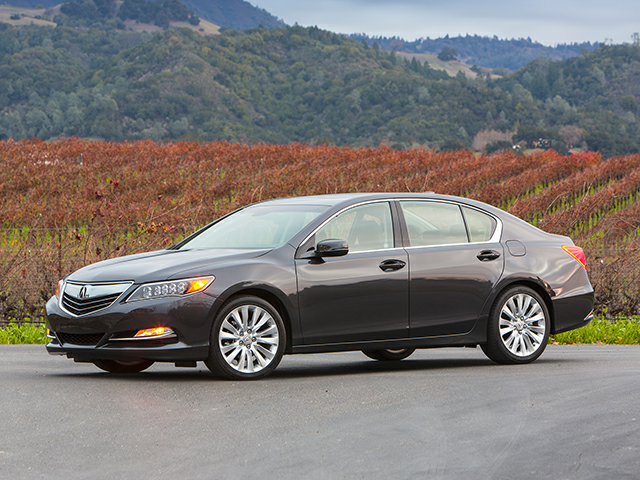 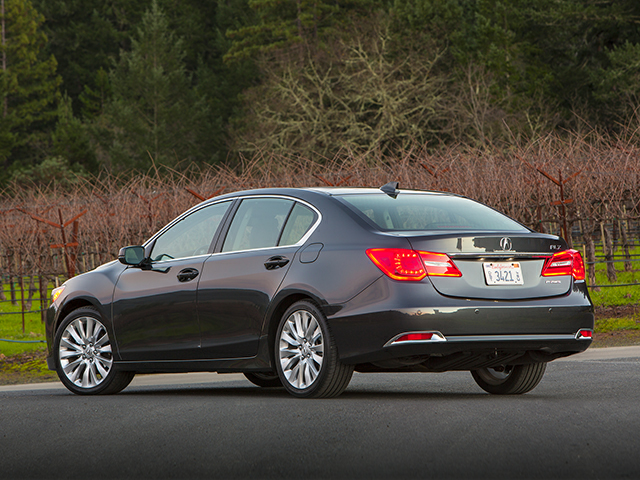 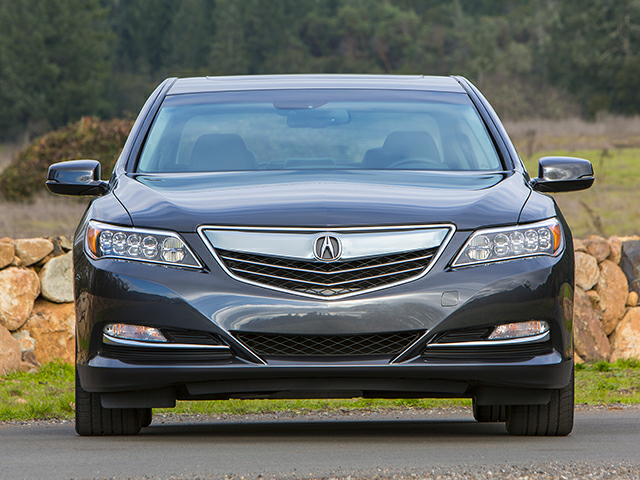 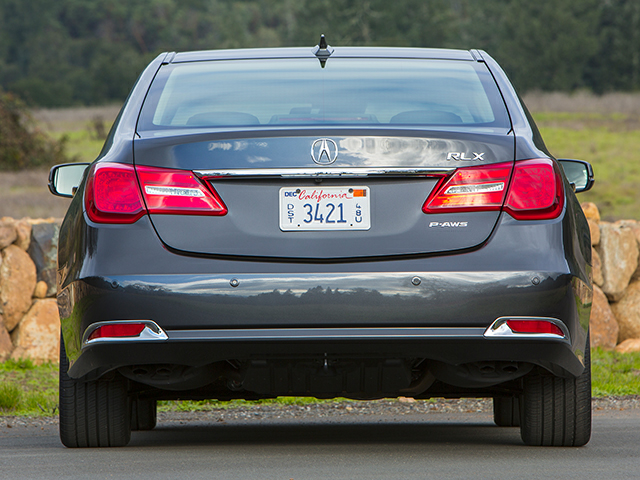 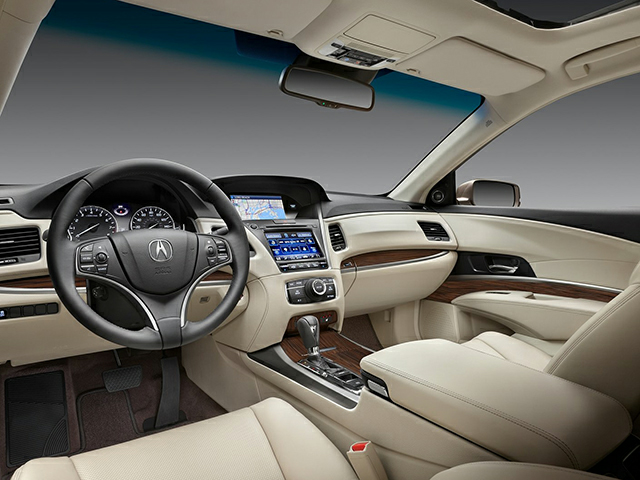 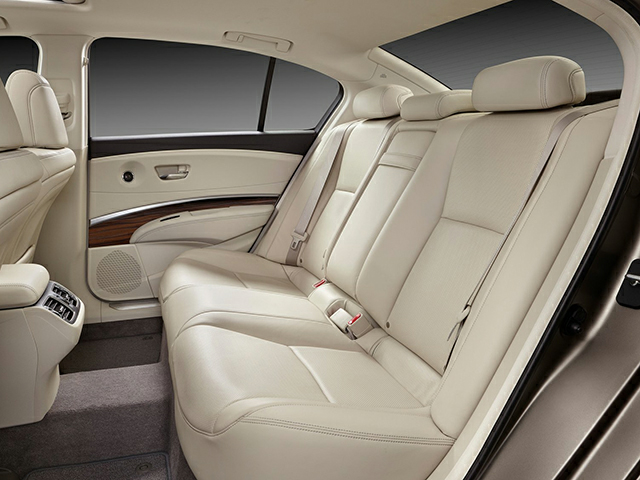 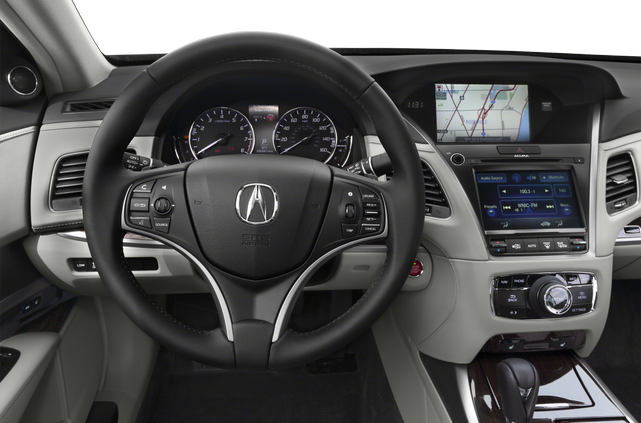 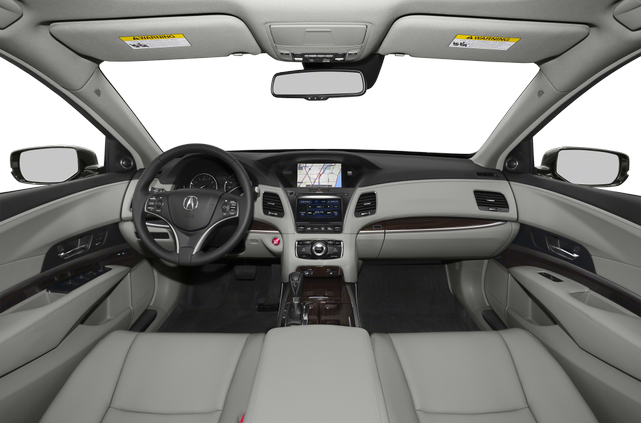 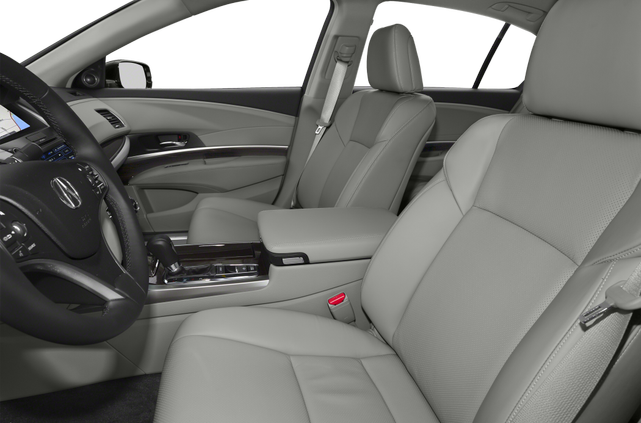 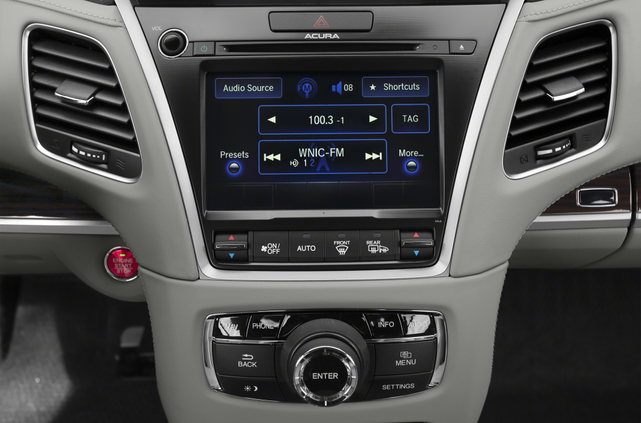 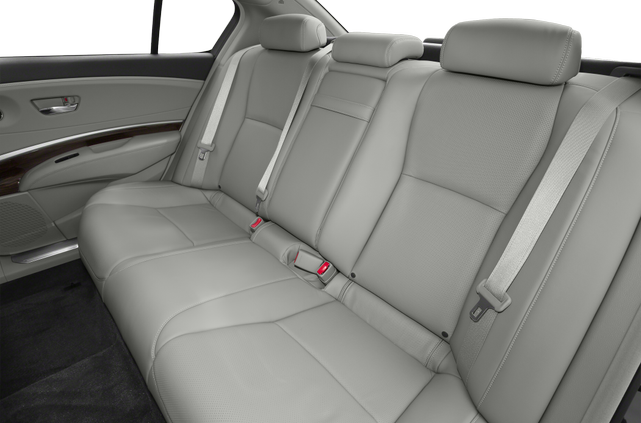 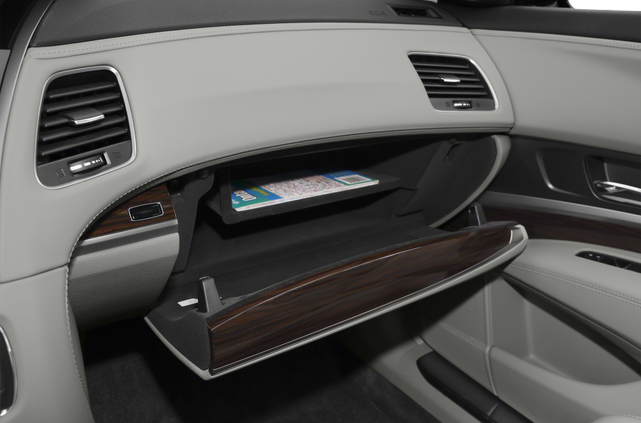 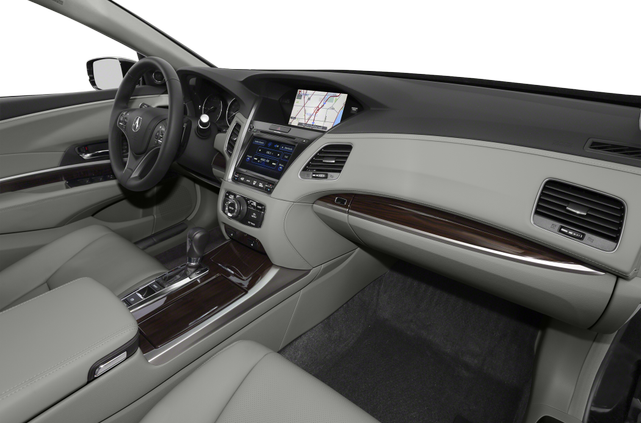 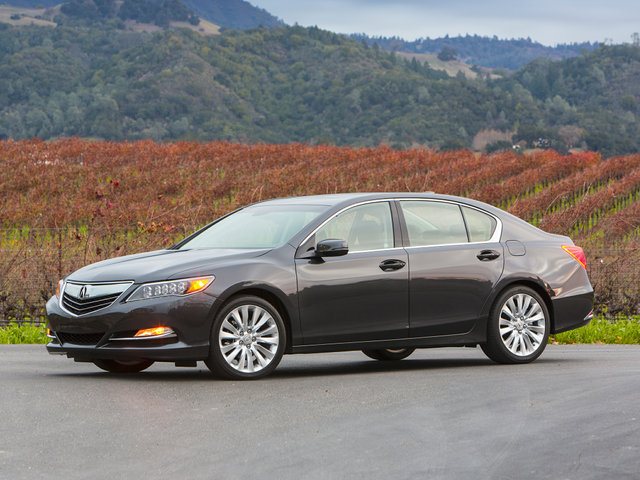 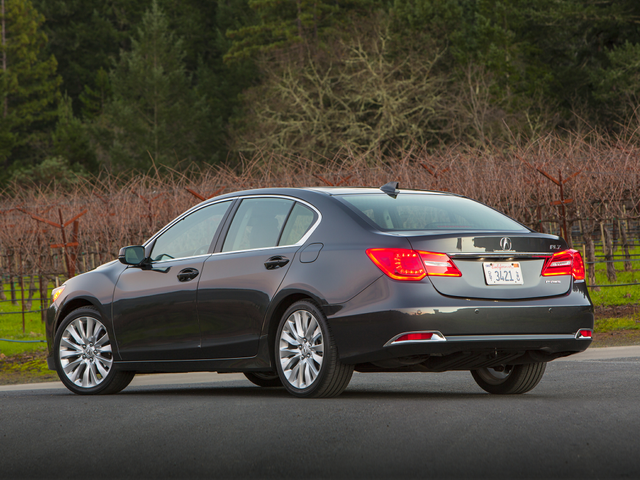 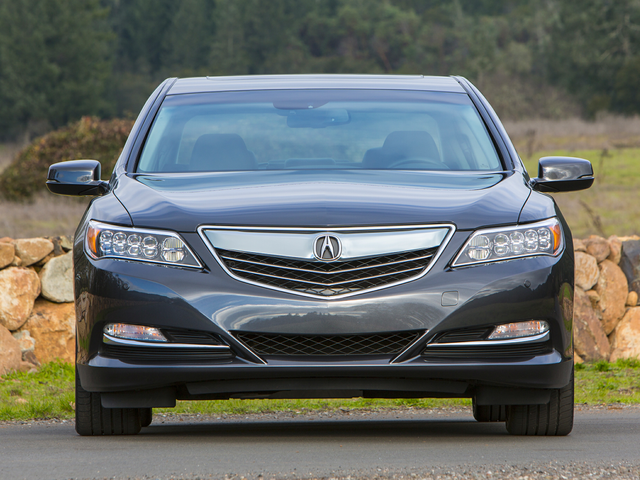 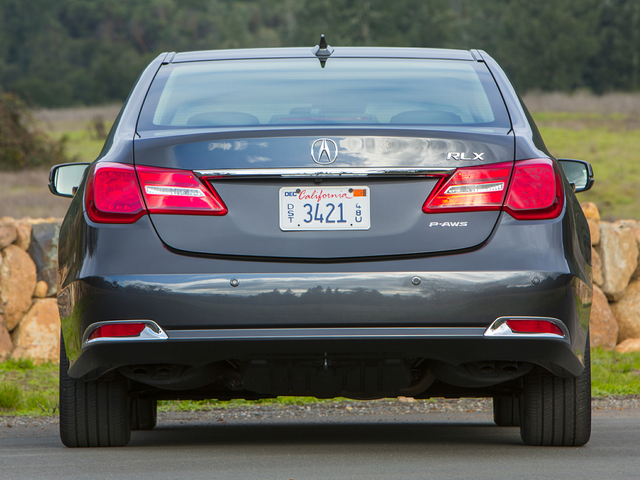 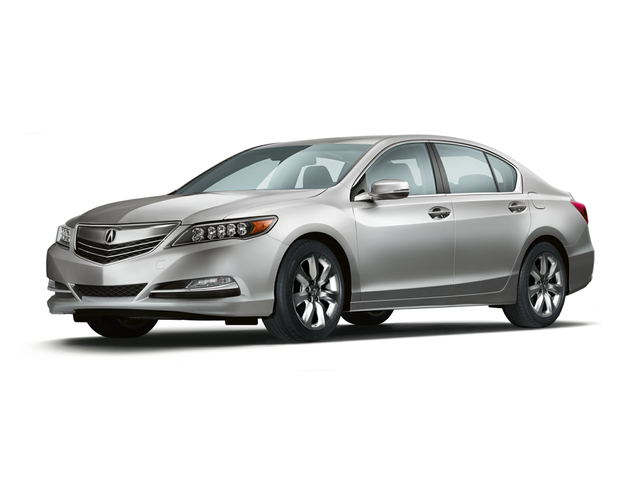 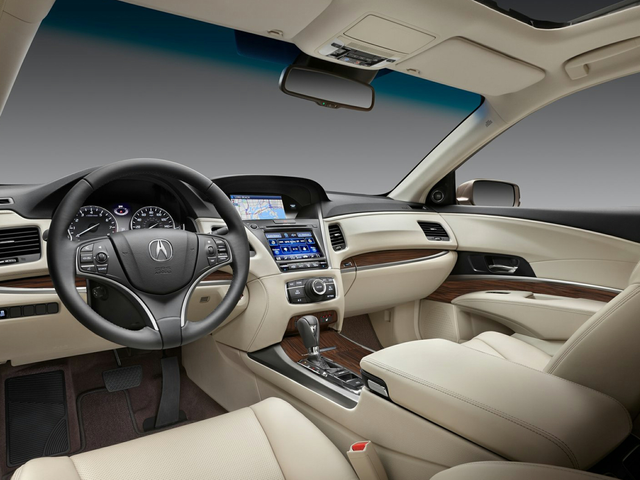 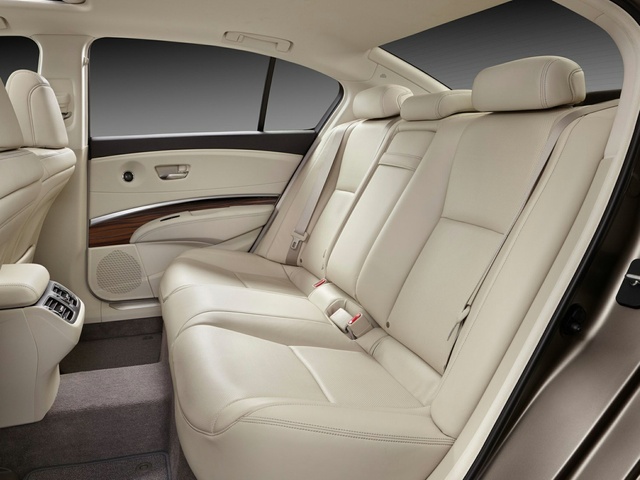