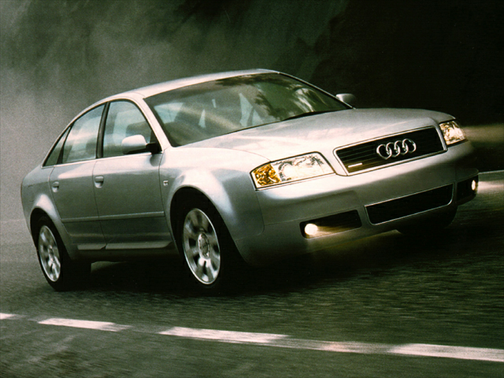 Our 2000 Audi A6 trim comparison will help you decide.

I have to grin when I hear a car like this categorized as a “low-end luxury” machine. Just the ticket for a simple fellow like me – I’ll take two of them. Low end only in comparison with what might be styled wretched excess luxury cars, the Audi A6 4.2 quattro would do very nicely till my dot-com venture goes public. The A6 is the middle of the range that Audi sells in the U.S., bridging the gap between the affordable A4 and the magnificent, but truly luxurious, aluminum-bodied A8. For the 2000 model year, the A6’s designers have sneaked into the A8 parts depot and lifted an engine to stir the soul, the same one the flagship itself uses.

This creates three clear choices for the prospective buyer of the midsize A6: The entry-level machine with the 2.8-liter normally-aspirated 30-valve V-6 (the numerologists at Audi love the number 5, though, thankfully, they’ve abandoned those nasty 5-cylinder engines), 200 hp, available as front-wheel or all-wheel-drive; the twin-turbo version of that engine, worth 250 hp and available only with the all-wheel-drive mechanism, and now, the glory of a 40-valve, 300-hp stormer, whose tire-shredding abilities make anything but all-wheel drive a dubious proposition.

Unless your eye is attuned to such nuances as fit and finish, and perhaps the significance of the little quattro emblem on the grille, the A6 4.2 may not look like 50 grand. The car is trim and relatively unadorned, the better to achieve an outstanding coefficient of drag (0.28) that pays off in quiet running at high speeds – and believe me, you WILL run this baby at high speeds or I’ll come and confiscate it.

The curious thing about all-wheel drive is that precisely because it is metering power judiciously to all four wheels, launch feel is nowhere near so dramatic as one encounters with a front- or rear-drive machine. It’s not just that the tires aren’t liquefying under an impossible torque load, but also because such front-to-rear weight shift as there is under acceleration is muted with quattro.

I trust the stopwatch, though. This two-ton machine can spring from 0 to 60 mph in just a tick over the 6-second mark, which is territory that many a sporty car can only aspire to. And all the while, it feels relaxed, totally in control. That’s true luxury.

If you prefer a more static form of luxury, you’ll find it inside the A6. As you may recall, Audi offers three different interior styles, materials and colors varying from brushed stainless industrial chic to the opulent feeling of the Ambiente treatment the test car had. The leather and wood are elegant, and the overall effect is simply exquisite, so careful is the construction and so well-designed are even the petroleum-derived surfaces. The rear seats are a bit snug, not unexpectedly in a midsize, even one with 108 inches between axles, but driver and co-pilot have an appropriately luxurious amount of spread space. Even with the included moonr oof, I had quite enough headroom and was able to roll the seat forward a bit to oblige a hypothetical rear-seat passenger.

The soft and supple leather seating offers better grip than one might expect, and although not quite so rock-hard as those on some German mounts, the perches felt as if they were supportive enough for long hauls. The 12-way power adjustability lets the driver tailor as she goes, and there are three memories to suit a crew of pilots. This is not a living room, although it would do nicely in a pinch; the real fun comes when you make those 40 valves do their hip-hop routine. The flow of power is fairly linear from just off idle, although the flow of air becomes more audible past 4,000 on the tachometer and the pressure on the seatback increases apace. The sound is not quite so viscerally pleasing as that of a big American pushrod V-8, but still sufficiently tuneful in its own way to delight a gearhead.

Power is passed via a five-speed automati he fourth forward ratio is straight-through and fifth is a fairly restrained (0.803:1) overdrive cog. The machine could probably, in view of the girth and relative flatness of the torque curve, get away well with four gears, but, the more the merrier in term of keeping the engine “on the cam” in spirited driving. For reasons of political correctness, the A6 4.2 is electronically limited to 130 mph, but I bet if you’re planning on taking up a career robbing banks, somebody advertising in the back of the car-crazy magazines could fix you up.

The electronically-controlled transmission exhibits a fair amount of prescience in terms of gauging when best to up- or down-shift. Even in city slogging I didn’t find it necessary to inhibit overdrive. For those times when the system couldn’t possibly “know” when to downshift, as when approaching a traffic tie-up, Audi uses Porsche’s Tiptronic system, which makes up- and downshifting as easy as flicking the shift lever.

Neither the steering feel nor the handling of the Audi is quite so direct or crisp as that of, say a BMW 5 Series, the emphasis here more on competency than on interaction per se. Not to say the handling isn’t superb – with the quattro mechanism, it’s almost too easy, since any kind of sliding requires certifiable craziness. On slick surfaces, the quattro machines really come into their own, magically doubling the perceived coefficient of friction.

Now in its fourth generation, the quattro system now includes, in addition to the mainstay power-distributing device interposed between front and rear axles, electronically-supervised differential locking for both axles.

The center differential can send up to 66 percent of available torque either forward or aft. Then the individual differentials sort out which side of the car can use more torque (at speeds up to 45 mph), so that one could conceivably get under way when only one wheel has appreciable traction.

Standard footgear for the 4.2 is 16-inch alloys, wrapped with 235/50 all-season tires. (These are only H-rated, in keeping with the car’s top speed limit, so they’re not unduly stiff even at that profile.) I’d go for the optional 17s just on principle, with a set of performance tires for summer and winter rubber if I planned to use it in cold months – the A6 is worth it.

Brakes are massive ventilated discs fore and aft. As expected, they gave good pedal feel and were easily modulated. I could detect no fade even after several high-rate stops in close succession. Stopping distances were impressively short and the antilock merely purred when called upon to help out a “panicked” driver.

EPA estimates are 17 mpg city, 24 highway. I figured 20.7 wasn’t bad, given my demands. Premium fuel is strongly recommended. Base price on the A6 4.2 quattro is $48,900. I would spend the extra $750, as the press relations crew did, to get the upsized 17-inch alloy wheels and t ires. Ditto for the xenon headlamps, though I would suggest in this class they should be standard, not a $500 nick. The tester also had a CD changer in place of the one-at-a-time standard unit ($550), and rear side air bags for $350. Factor in luxury tax and freight, and you have $52,875.

Sporty, comfortable, dependable. Had it for many years! Plenty of power. In a snow storm when SUVs were struck, I drove around them and got home.

Highest quality automobile I have owned

As we tow our car often behind my wife's commercial truck, we buy a standard transmission vehicle for my use. The largest car with a manual gearbox is the Audi A6. Available models run through 2004, as it was dropped with the manual option from the US market. There are still several out there for sale and due to their quality, they are with purchasing. Love the high quality finishes and powerful performance. My last one I purchased was an incredible value. I highly recommend!

I loved this car.

This car was great for getting around. It drives nice and is perfect for a sedan. Unfortunately not a great family car and as my family grows that what I need. Very spacious inside and comfortable. Would get again in the future! 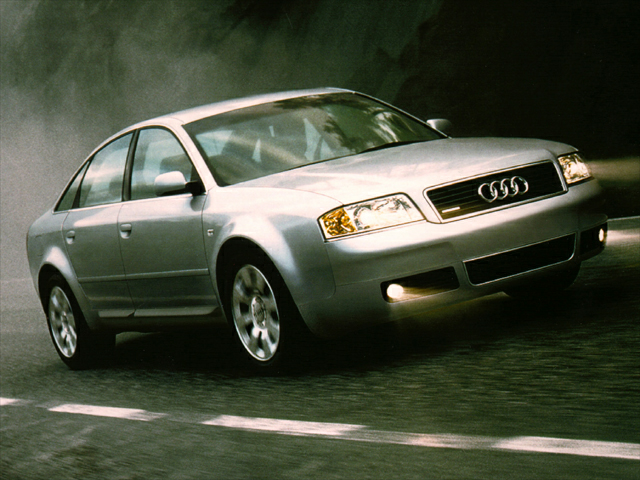 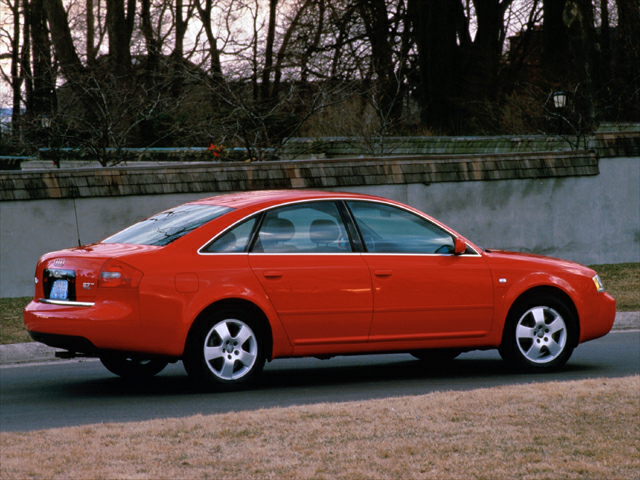 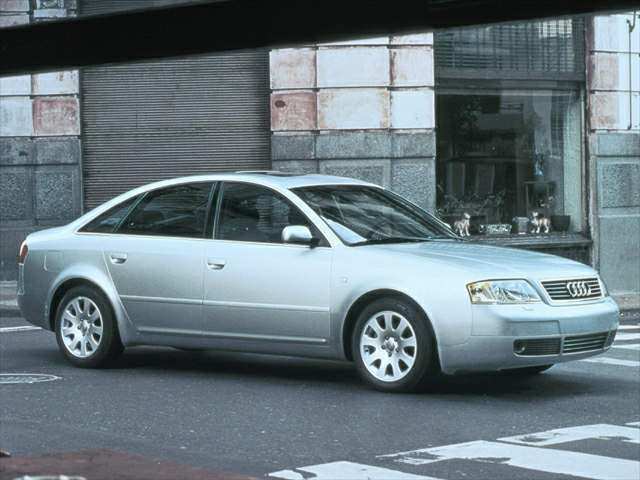 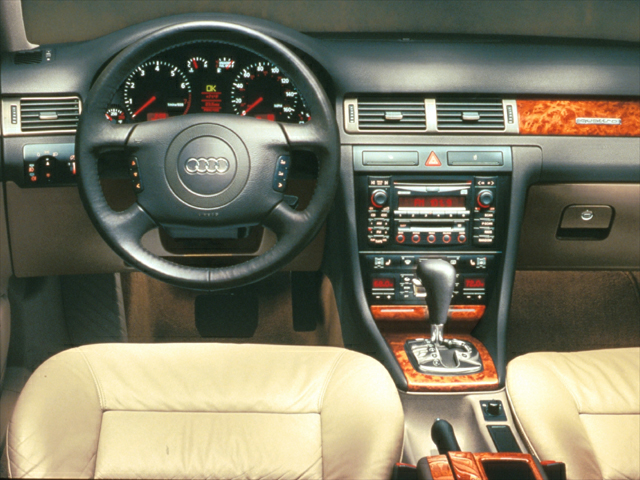