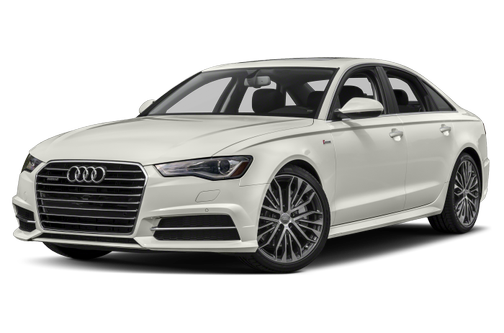 Our 2016 Audi A6 trim comparison will help you decide.

The refreshed 2016 Audi A6 is a solid update to a stout but unexciting performer, with just enough styling, performance and technology changes to keep it competitive.

The German automaker mildly revised the A6 for 2016, including a new base powertrain, its latest MMI multimedia system, some interior trim and color options, and improved fuel economy across all models (compare the 2015 and 2016 models here). It’s not going to turn any new heads or find its way onto the bedroom walls of car-crazed teenagers, but for buyers seeking a solid, practical luxury car, the new A6 should appeal.
Exterior & Styling
The 2016 A6 looks pretty much like the 2015, as the styling updates are extremely subtle. Reshaped headlights with new LED running lights, a wider grille and a new bumper adorn the front end, while a new rear bumper and taillights appear out back. The overall effect makes the A6 look a little wider and slightly more aggressive, but it also looks so similar to the rest of the Audi lineup you’ll have to check the badge on the back to make sure it’s not an A4 or A8.

As we’ve said before, if you like the look of one Audi sedan, you’re likely to like them all. It’s attractive and understated, almost classic now, with its iconic arching roofline. Audi stylists didn’t change much, but they didn’t mess anything up, either.
How It Drives
There’s a new standard powertrain in the Audi A6: a new turbocharged 2.0-liter four-cylinder engine replaces last year’s turbocharged 2.0-liter four-cylinder engine, making considerably more power and torque.  Horsepower goes from 220 to 252, while torque climbs from 258 to 273 pounds-feet. Audi threw out the old, unloved continuously variable automatic transmission in the base, front-wheel-drive A6 and replaced it with a seven-speed dual-clutch “S-tronic” model found in several other Volkswagen Group vehicles.

If you opt for Quattro all-wheel drive, you’ll be upgraded to the conventional 8-speed automatic transmission that was previously found only in V-6 models. An optional supercharged 3.0-liter V-6 is available. It also gets a power bump, from 310 hp to 333 hp. There’s also a TDI diesel model that doesn’t see any powertrain changes from 2015.

I drove an Audi A6 2.0T Quattro, which is the version Audi says makes up the vast majority of A6 sales. Everything about the A6 is smooth and designed to be as uncomplicated, inoffensive and easy to get along with as possible.

The transmission shifts smoothly and the car never seems to hunt for the right gear. My only real complaint with how the A6 drives has to do with its completely numb steering; it may as well be Nintendo’s latest gaming console for all the feel and feedback it provides. Using the Audi drive select function (now buried in a menu in the MMI system instead of having a dedicated button, as before) can increase the effort required for speed-sensing  steering if put into Dynamic mode, but it doesn’t improve feedback at all.

The Audi A6’s body-type competitors tend to be more athletic. The Mercedes-Benz E-Class has a wide range of powertrains, as well, and while it starts at a significantly higher price than the A6 and features a standard V-6, it matches up well in other respects. It’s a midsize German luxury sedan, but unlike the A6 the E-Class has rear-wheel drive, with better handling and steering feedback.

The same can be said for the BMW 5 Series and the Cadillac CTS, both of which feature base models with turbocharged 2.0-liter engines and optional all-wheel drive. Of all of them, the Cadillac has the most powerful base engine, the most torque and weighs the least – all factors contributing to its excellent overall performance.

The improved Audi A6 powertrains also come with better EPA fuel-economy estimates. The 2.0-liter base engine sees its ratings rise to 24/35/28 mpg city/highway/combined in front-wheel-drive form and to 22/32/26 mpg for Quattro models. That’s an improvement of 2 mpg on the highway for front-drive models and 3 mpg on the highway and combined for the Quattro.

Fuel economy is comperable to similar cars: The E-Class diesel bests the A6 diesel, coming in at 28/42/33 mpg thanks to rear-wheel drive and a smaller four-cylinder engine versus the A6’s diesel V-6. Opt for the base V-6 in the E400 and you’ll get a rating of 20/29/23 mpg. The most miserly CTS is the 2.0-liter rear-wheel-drive model rated 20/30/24 mpg. That’s considerably behind the A6. The BMW 528i, meanwhile, roughly matches the base A6 with 23/34/27 mpg.
The Inside
Sliding into the A6’s comfortable front seats reveals a lovely, well-crafted interior that’s still a benchmark for quality fit and finish. Materials are of the highest caliber, even in base models, so no A6 feels overpriced in terms of appointments.

A couple of new color combinations are available for 2016 and a bit more chrome has been added to some of the controls, but that’s the extent of the interior changes – and it didn’t need much to begin with. Despite this overall shape and theme being present on Audi sedans for years now, it still looks fresh, feels luxurious and makes the A6 a pleasant place to be.

Outward visibility is quite good, with pillars that aren’t too thick and don’t create blind spots. Headroom is plentiful even with the moonroof, although the quarters are a bit more cramped in back than they could be. The Audi A6 still has more legroom back there than any of its main competitors, however, and it’s where I’d choose to spend my time if I had to pick among the A6, CTS, 528i and E400.

The A6’s interior quality handily trumps the Cadillac — which is using loathsome touch-sensitive panels instead of buttons — and it feels more luxurious than the rather Spartan and hard-plastic BMW. The Mercedes-Benz E400 is a better match for the Audi A6, but it’s more than ready for an update to Mercedes’ latest look; the E-Class interior feels a bit dated.

Ergonomics & Electronics
Audi is still using some of the finest switches and buttons ever to grace the inside of an automobile, making everything feel solid and well-assembled.

The speed of the new system is visibly improved (not that the old one felt slow), and features like real-time Google Maps for the navigation system seem much more fluid. BMW’s iDrive and Mercedes’ Comand aren’t bad systems, either, but neither is as easy to operate on-the-go as is Audi’s MMI. Cadillac’s CUE system, however, still requires some work – it’s slow to react to voice commands, swipes or even changing tracks on a plugged-in smartphone.
Cargo & Storage
The A6 is a fairly large car, and that’s reflected in its luggage capacity; it bests all three competitors listed here. The A6 rings in at 14.1 cubic feet, which is expandable thanks to standard folding rear seats. The 528i has a comparably large trunk, at 14.0 cubic feet, and also features standard 60/40-split folding rear seats. The Cadillac is smaller, offering only 13.7 cubic feet, while the E-Class comes with just 12.9 cubic feet. Neither of those offer a standard split, folding bench – it’s optional.
Safety
As for crashworthiness, it doesn’t get any better than the 2016 A6’s results. The car scored a full five out of five stars across the board in National Highway Traffic Safety Administration crash tests. It aced the Insurance Institute for Highway Safety’s tests, as well, earning good ratings (out of a possible poor, marginal, acceptable and good) and a Top Safety Pick Plus award. See the A6’s crash-test results here.

A night-vision system is available, as is a parking aid with backup camera and sensors front and rear. As with most German luxury cars, however, very little of that comes standard. See what does come standard here.
Value in the Market
Audi has pretty much held the line on pricing, with the A6 2.0T front-wheel-drive starting at $47,125, including a destination fee. That price includes standard leather seats and interior — a rarity among German luxury cars. Opt for Quattro all-wheel drive and you jump up to $49,325. Start adding basic options like any color paint other than black or white (every color costs an extra $575), premium equipment packages with all those electronic goodies and sport packages with bigger alloy wheels and tires, and you can easily climb past $60,000 — even before you trade up to a V-6 model. Option up the most expensive version, the Audi A6 TDI diesel, and you can easily top $84,000 — nearly double the starting price of the base A6.

This is a fun, responsive, reliable, well built car to drive. At over 75K miles now, and I really cannot even consider trading it in because I don't think I will enjoy a better ride.

April 5, 2021
By Mikeontherun from Portland, Oregon
Used to own this car

Initially had problems with the front brake rotors. Audi replace them twice, but did not replace the pads. Turned out the pads should have been replaced with the rotors because the pads just transferred material onto the new rotors causing the braking shimmy to return. I paid for new pads on the second rotor replacement - problem solved. Audi could have saved money (and saved me money) by just replacing the pads and rotors the first time. After this, the car was great. Very comfortable, and quick. Gas mileage was very good - about 19 MPG in town and over 30 MPG highway with the 6 -Cyl. due to cylinder cutout when crusing.

This car is amazing. Two of my family members are audi fans so I decided to buy one for myself. Certified pre-owned is definitely the way to go. The interior and exterior are absolutely gorgeous and the ride and comfort is excellent.

Rating breakdown (out of 5):
4 people out of 5 found this review helpful. Did you?
Show full review
See all 45 consumer reviews 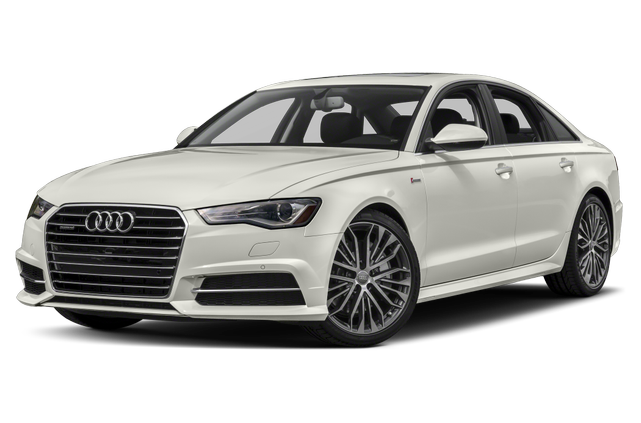 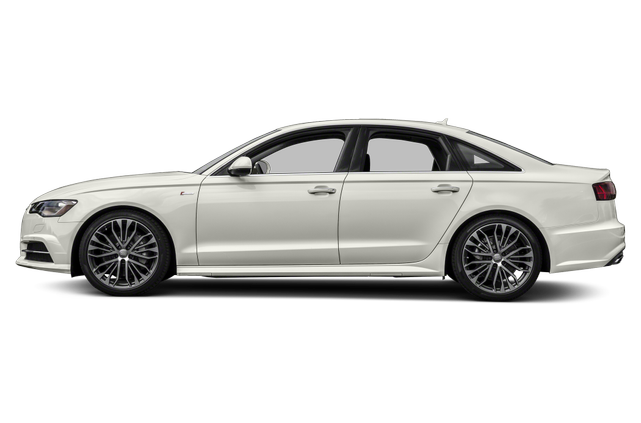 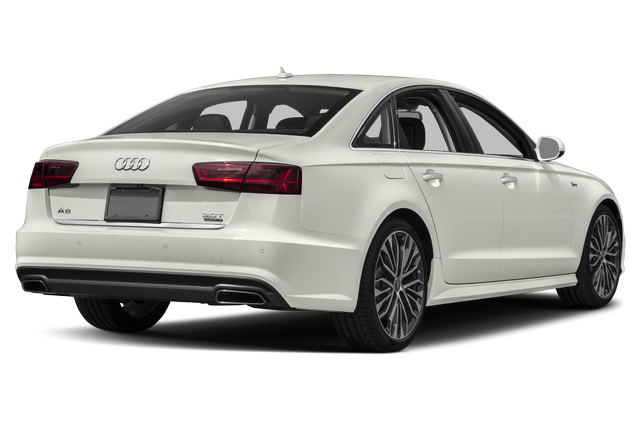 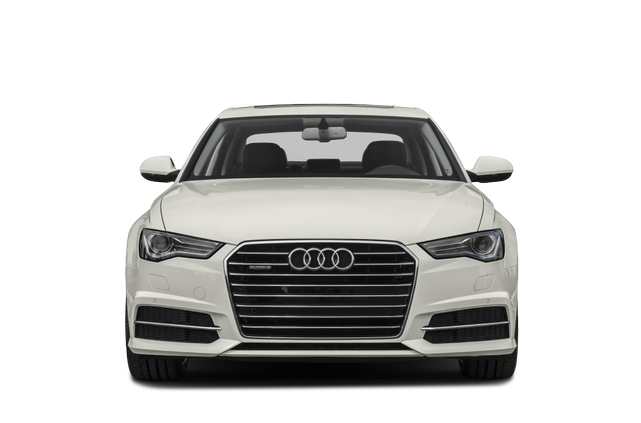 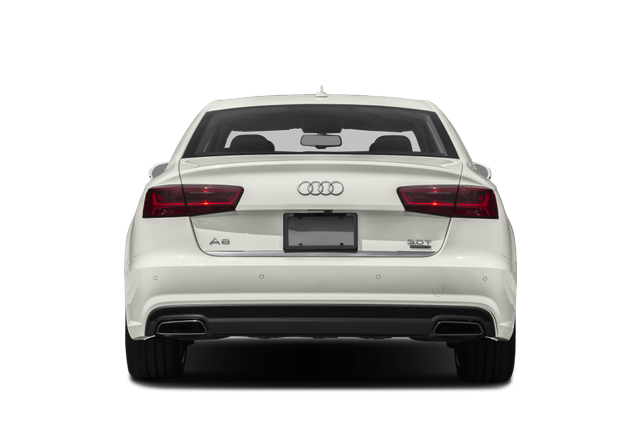 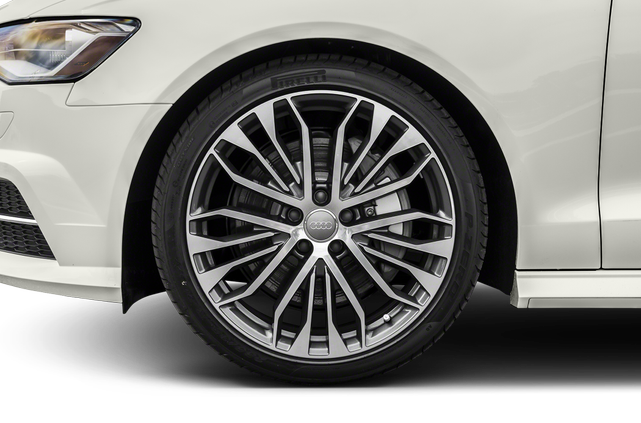 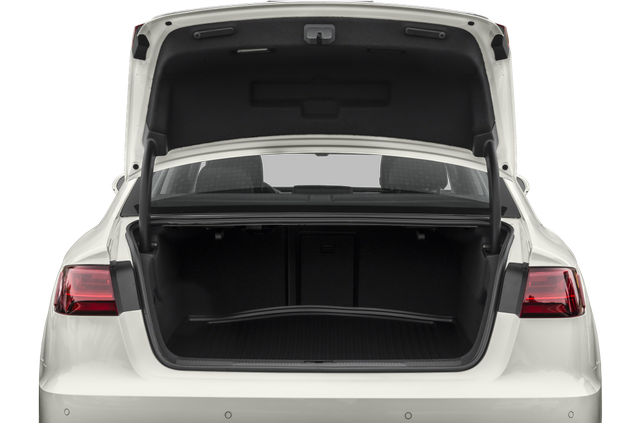 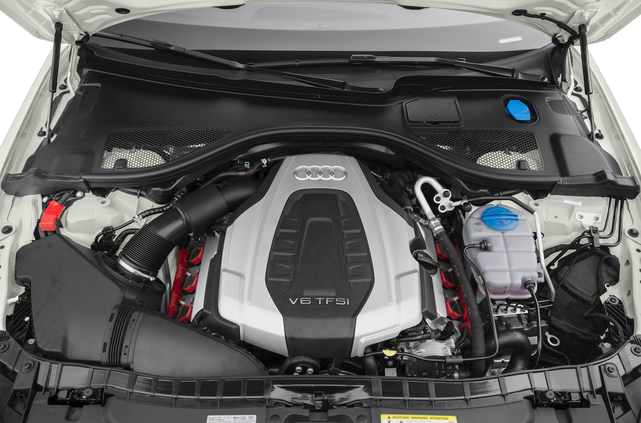 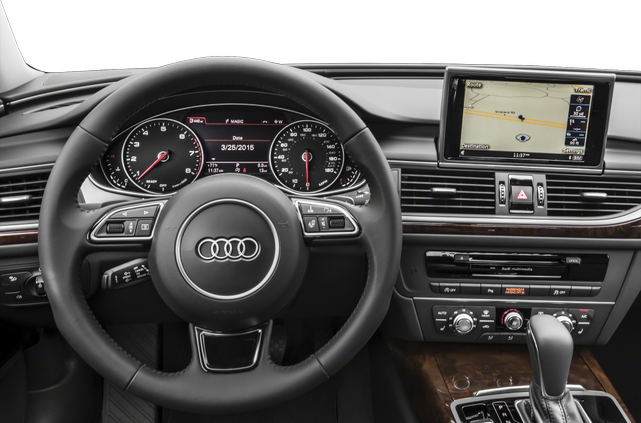 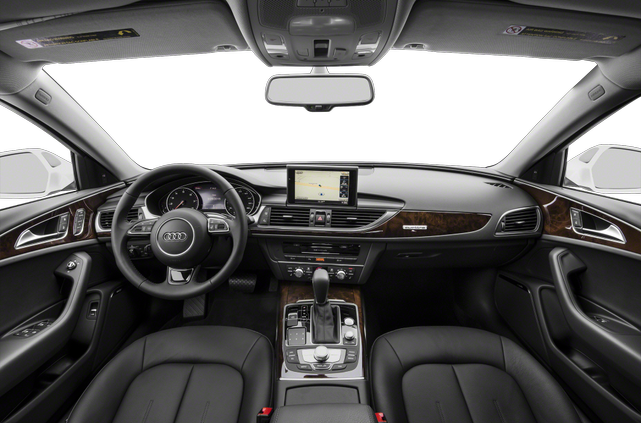 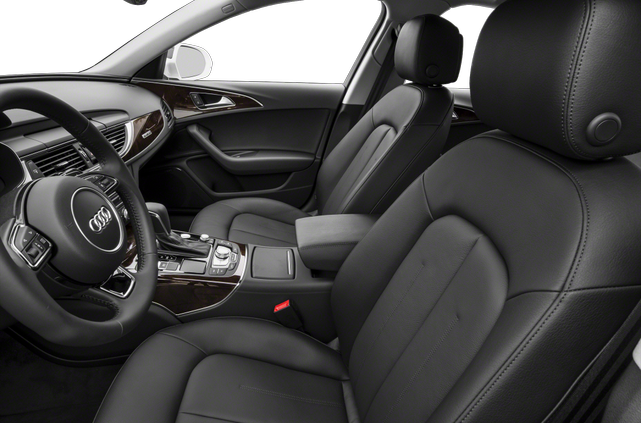 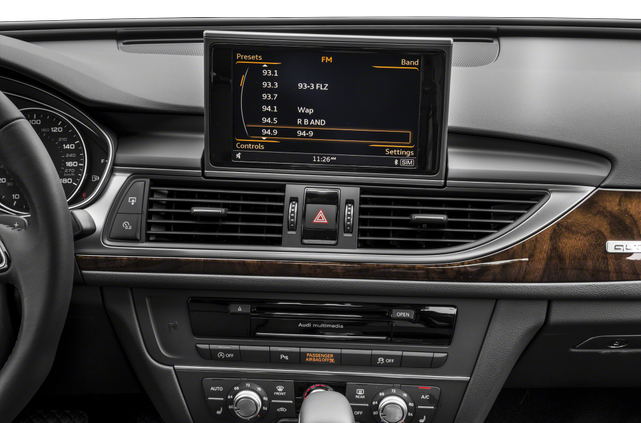 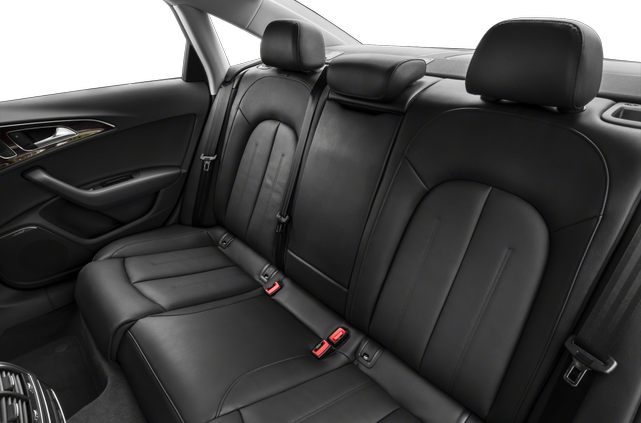 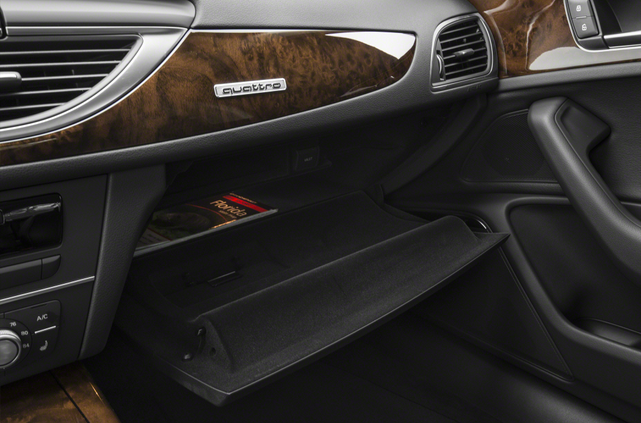 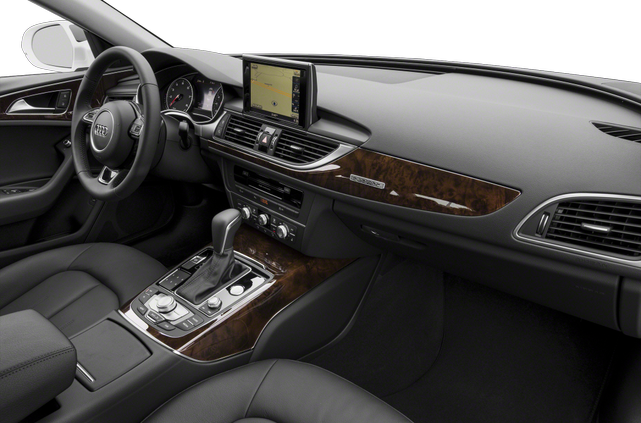 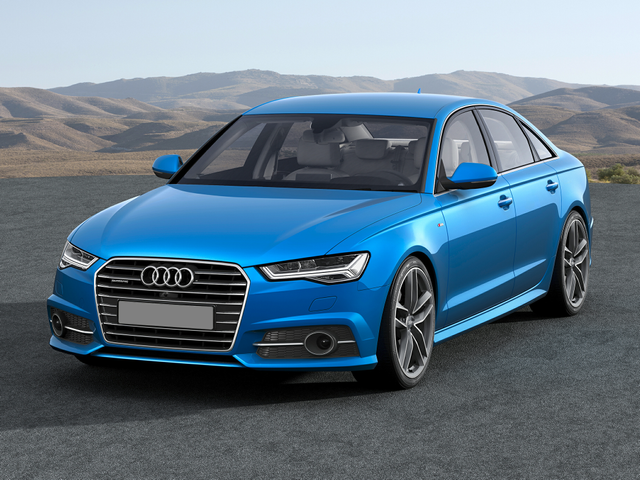 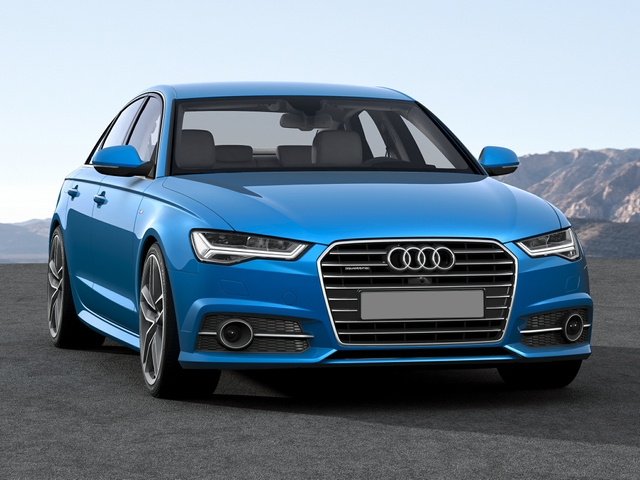 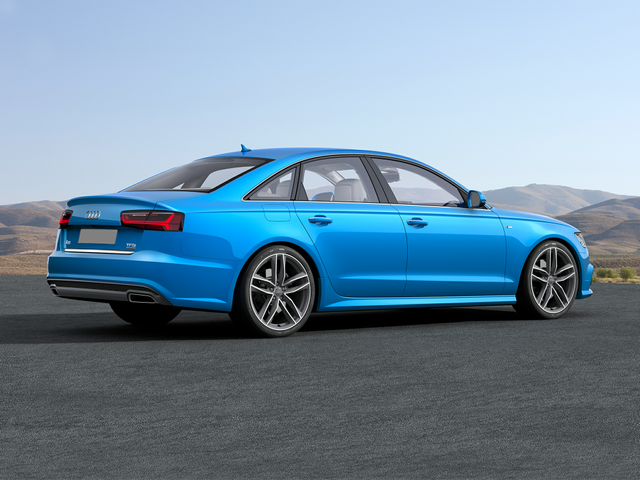 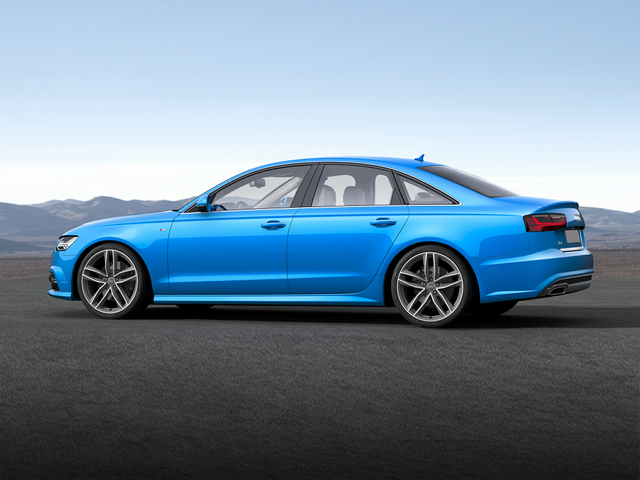 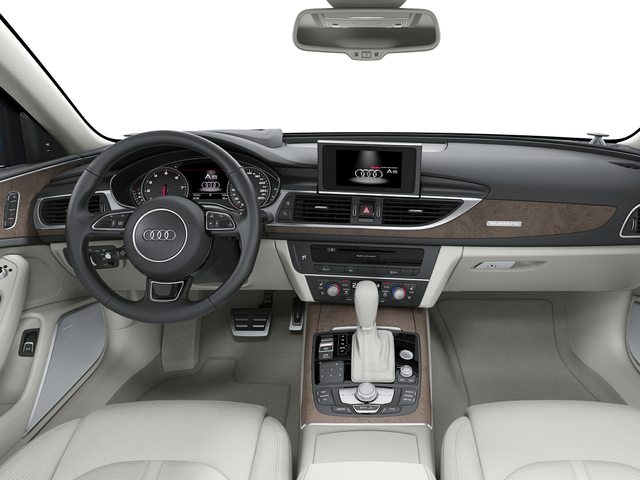 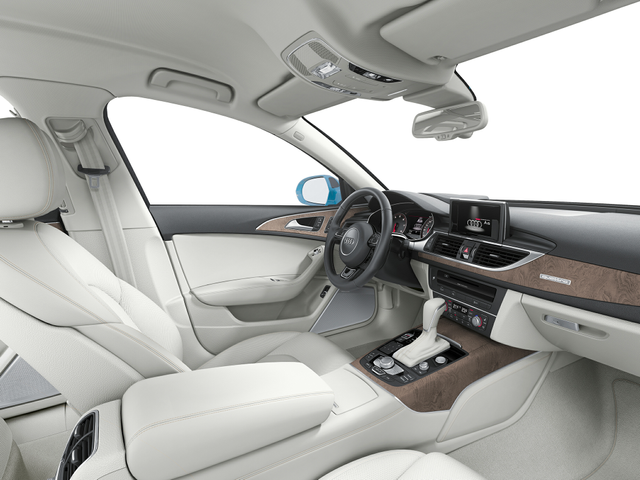