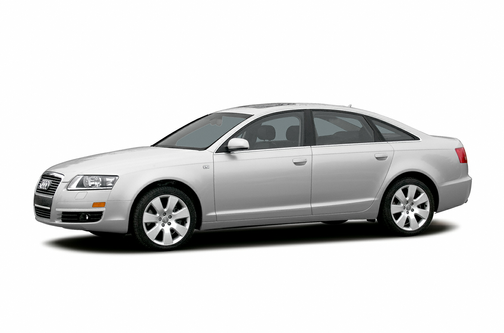 Our 2007 Audi A6 trim comparison will help you decide.

If you have $40,000-plus to spend on a luxury sedan, there are plenty to choose from. Why consider the A6? With its incredibly detailed cabin, a choice of two strong engines and good crash-test scores, it’s an appealing alternative to more expensive offerings from BMW and Mercedes-Benz.

Exterior & Styling
Aside from its large snoutlike grille, Audi hasn’t taken many gambles with the A6’s exterior styling, which has a reserved but classy look to it from many angles. The sedan has an aggressively raked C-pillar that flows into the short rear deck lid, which is flanked by LED taillights. If you don’t want to attract a lot of attention when you drive, this car fits the bill.

The A6 with the S Line package rides wonderfully on smooth pavement, as most cars do. On anything but perfect roads, the experience is a bit less pleasant; every pothole, highway expansion joint, bump and pavement crack is transmitted back to cabin occupants through the sport suspension and the super-low-profile P255/35ZR19 tires. In exchange for tolerating the punishing ride, you’re rewarded with a car that exhibits very little body roll when flung into a corner. For a potentially less-brittle driving experience, consider the less-aggressive tires and the non-sport suspension.

When you take into account the performance focus of the S Line’s suspension, it’s hard to understand why the steering wheel doesn’t engage the driver — there’s little sense of what the tires are doing at the pavement, and the lack of effort needed to turn the wheel doesn’t encourage sporty driving.

Going & Stopping
The A6 can have either a 3.1-liter V-6 or a 4.2-liter V-8 that gains 15 horsepower for 2007. The base, front-wheel-drive A6 with the V-6 engine uses a continuously variable transmission that can simulate gear changes by switching between predetermined ratios. V-6 and V-8 models with Audi’s Quattro all-wheel-drive system get a six-speed automatic transmission with a clutchless-manual mode for driver-initiated shifting.

Though it lacks the rush of the V-8, the gutsy V-6 moves this two-ton sedan easily and pulls strongly when accelerating on the highway. For all but the power-obsessed, the V-6 should be fine.

The six-speed automatic’s shifts are almost imperceptible during leisurely driving, but become appropriately firm when the car is driven hard. Kickdowns happen in an acceptably short time frame when the gear selector is left in D, but dropping it down to S makes the transmission more responsive and the engine controller rev the engine before a downshift so that the S mode’s more aggressive gear changes are smoother. I wasn’t expecting this from the transmission, and it was a nice surprise. Steering-wheel-mounted shift paddles are included with an optional four-spoke wood and leather steering wheel, and also come with the S Line package.

The A6’s all-disc brakes provide strong, uneventful stopping performance. They’re not as easy to modulate as some cars’, but they’re tolerable.

The Inside
Everywhere you look in the A6 there’s unexpected detailing. The bottoms of the front door pockets are carpeted like the floor of the cabin, and the car includes two vanity mirrors on each front sun visor, one of which provides an extreme close-up of your face. All the power windows have an auto up/down feature. It’s these details — along with Audi’s characteristically good materials and tight-fitting trim pieces — that make the A6’s cabin so inviting.

Power-adjustable front seats with leather seating surfaces are standard. The optional front sport seats are comfortable and supportive. They feature pronounced side bolsters, and the driver’s-side seat cushion can be manually extended for more thigh support, which I found useful. The rear seats have firm cushioning and the backrest is relatively upright, but there’s adequate room for two.

Believe it or not, the A6 has a switch on the dashboard that releases the glove box door. If the point were to prevent the driver from having to reach across the center console to open the glove box, I might be on board with something like this. However, pressing the button again doesn’t close the glove box, and wouldn’t you have to reach across the console to get at whatever you want anyway? The glove box also holds the standard six-CD changer, which takes up space and isn’t as convenient as more contemporary in-dash changers.

Audi’s Multi Media Interface system is standard. MMI controls vehicle systems like navigation and the stereo via buttons and a control knob on the center console; manipulating the knob and pressing the buttons change settings displayed on the 7-inch color dash display.

I spent a lot of time earlier this fall with an MMI-equipped Q7 SUV, and the good news for buyers who’ll have to live with the system on a daily basis is that it gets easier to use with time. Still, too many features that are needed on a frequent basis — like the air conditioning settings — are controlled by MMI when a simple switch would suffice. I’m sure there are some technocrats out there who’ll enjoy learning the intricacies of MMI, but there are probably an equal number of potential buyers who’ll cool to the A6 because of it. I don’t qualify as an expert user yet, as MMI kept me happily occupied while creeping through a congested section of tollway under construction.

Safety
The A6 received the highest overall score, Good, in the Insurance Institute for Highway Safety’s frontal-offset and side-impact crash tests, and an Acceptable score for rear crash protection.

Cargo & Towing
The A6 comes standard with a 60/40-split, folding rear bench seat that features lockable latches to limit unwanted access to the trunk from the passenger compartment (think valet). Many competitors don’t offer this feature, or make it optional. Folding these seats expands the sedan’s already large 15.9-cubic-foot trunk. The A6 is not rated for towing a trailer.

Features
A sunroof and heated front seats are included with the Premium Package. The Convenience Package features bi-xenon adaptive headlights that swivel in the direction of a turn to better illuminate the road, a power tilt/telescoping steering wheel, Bose audio, dimming and power-folding exterior mirrors, and driver memory. (Features from both of these packages are standard on the top-of-the-line A6 4.2.)

Noteworthy stand-alone options include a power rear sunshade, manual sunshades for the rear side windows, a heated steering wheel and adaptive cruise control.

A6 in the Market
Unlike the BMW 5 Series, Infiniti M and Mercedes-Benz E-Class with which it competes, the A6 doesn’t fit neatly in either the performance-luxury or the comfort-luxury subgroup; it has characteristics of both, but the end result is a car that isn’t likely to fully satisfy either camp. While the attention to detail on the inside is a big plus for me, I can’t help but be concerned about the A6’s troubled reliability record and what it might mean for a 2007 A6 owner a few years from now.

This car is exactly what i wanted. sport and luxury. Good gas mileage and plenty of room. Never had any issues whatsoever. Good Car. Would recommend to anybody who might have any hesitation.

November 23, 2019
By Mikesoria9 from Diamond bar
Owns this car

I found this a great place to buy a car.

I think this is a good car. I've enjoyed writing it so far. there are a couple of simple things that had to be corrected under the 60-day warranty and they did it and I really appreciated it 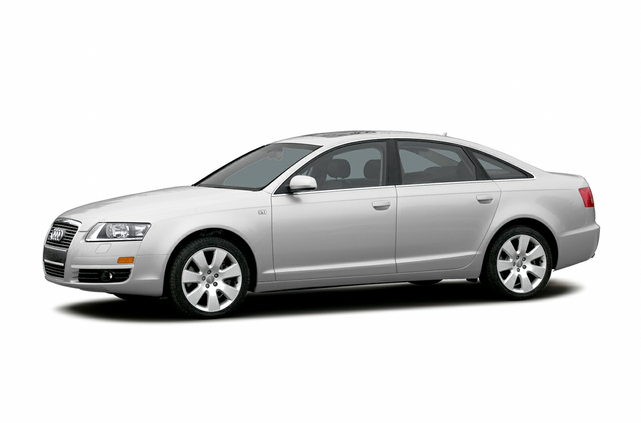 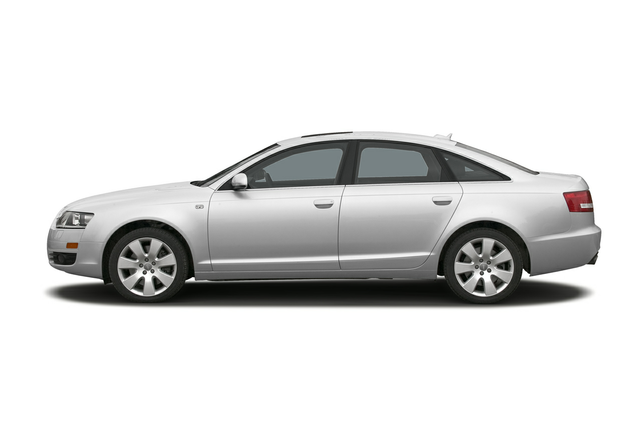 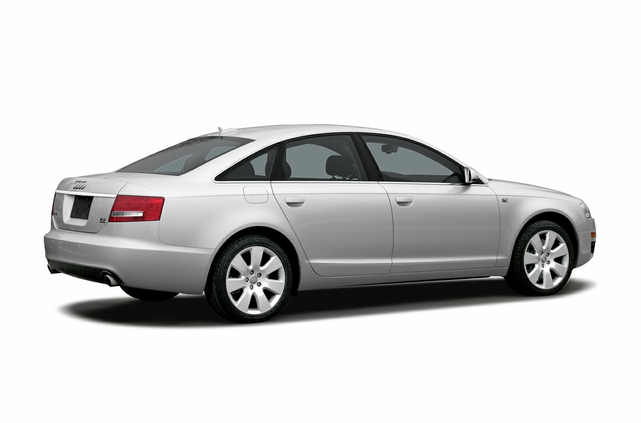 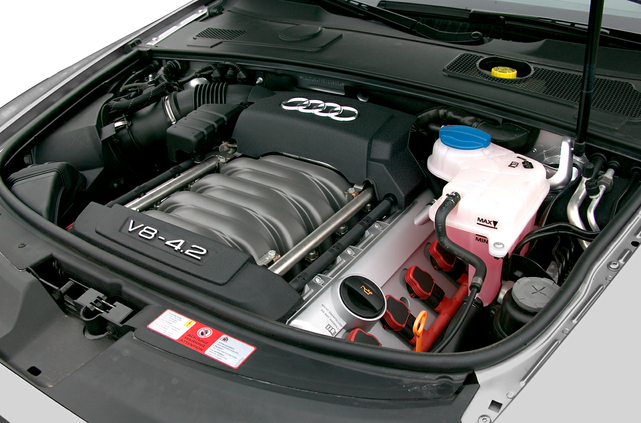 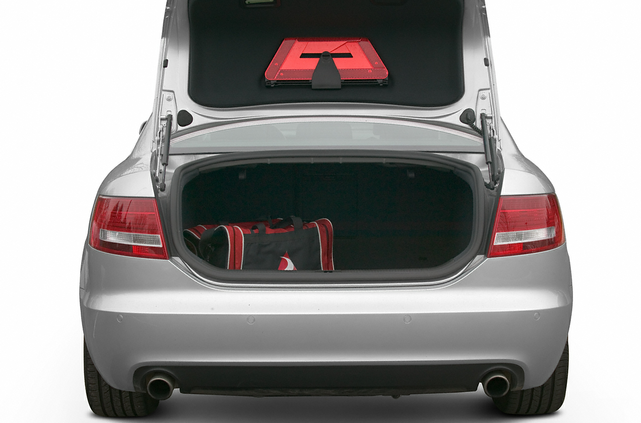 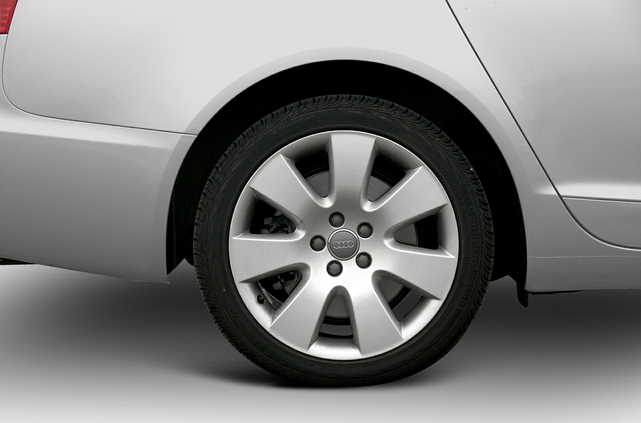 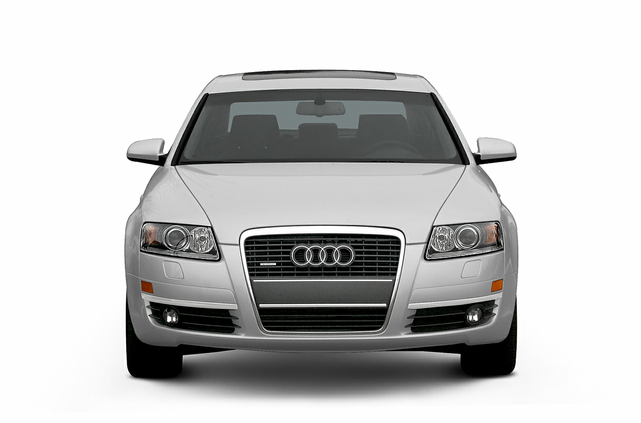 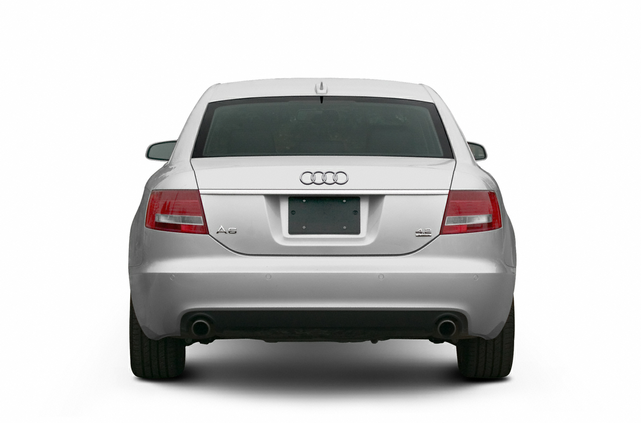 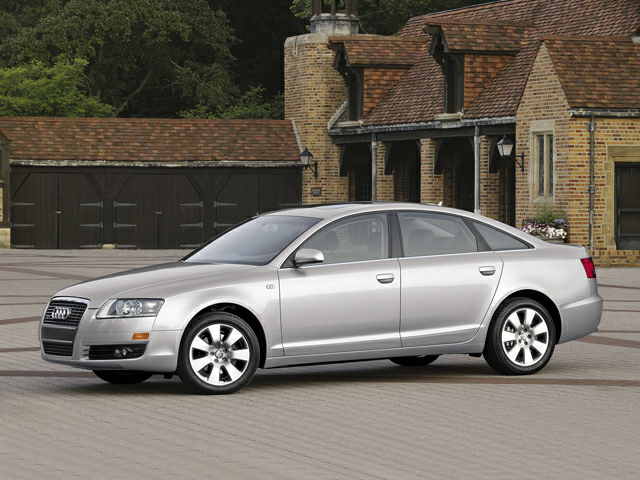 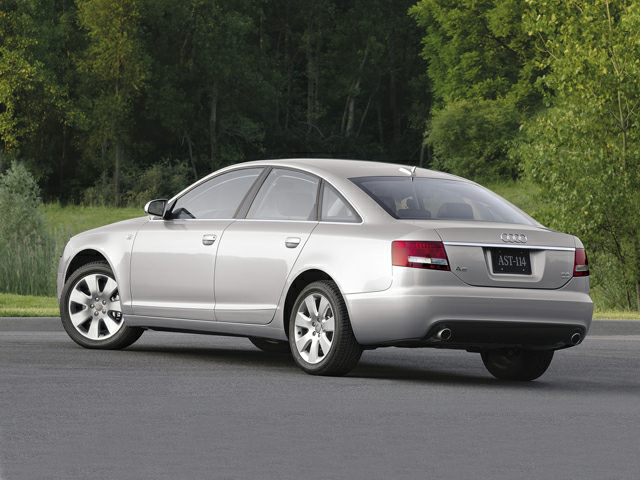 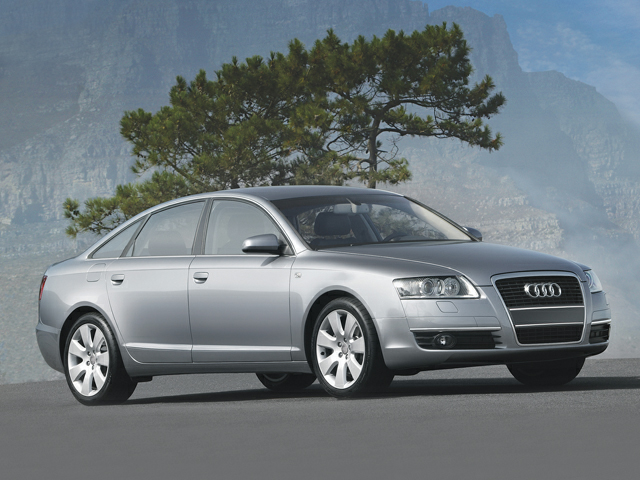 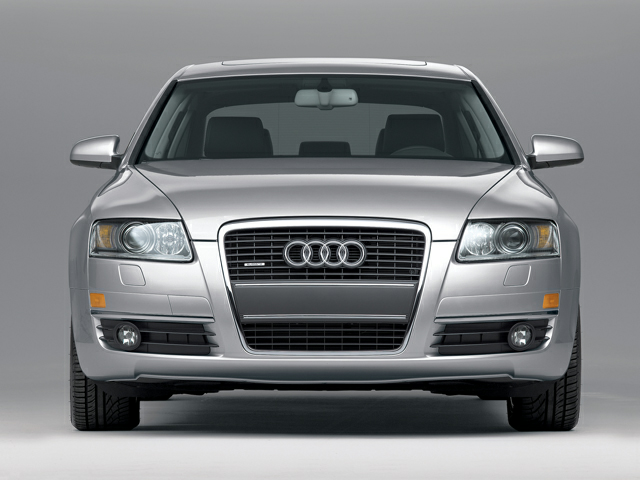 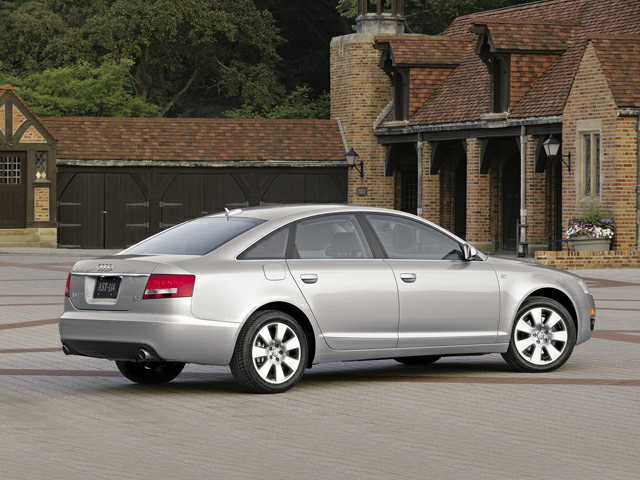 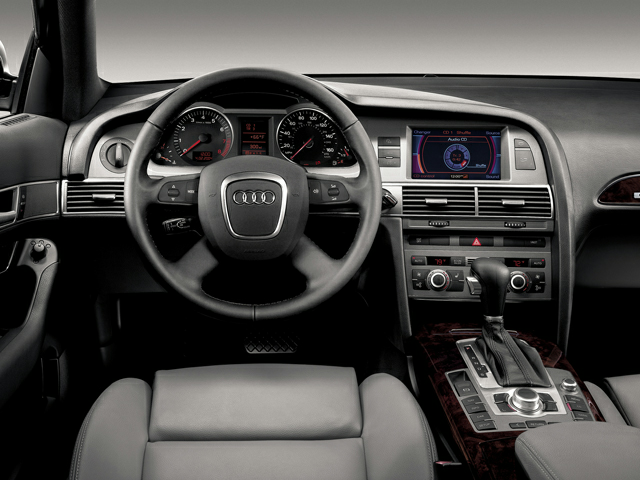 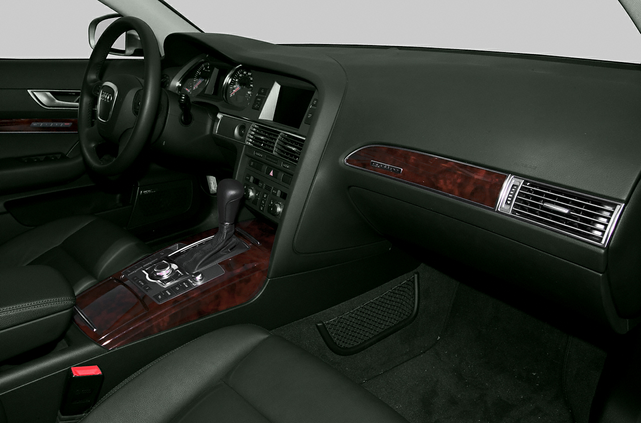 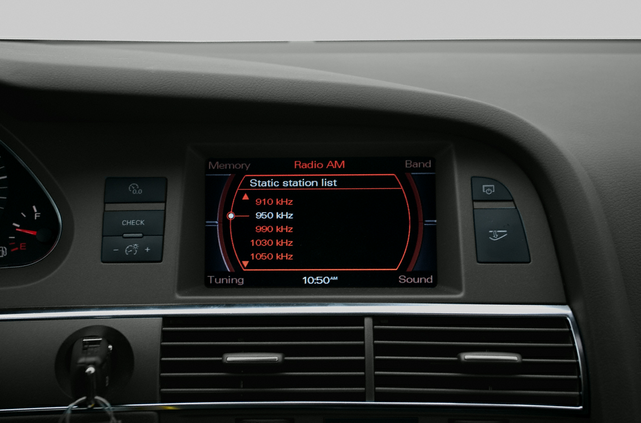 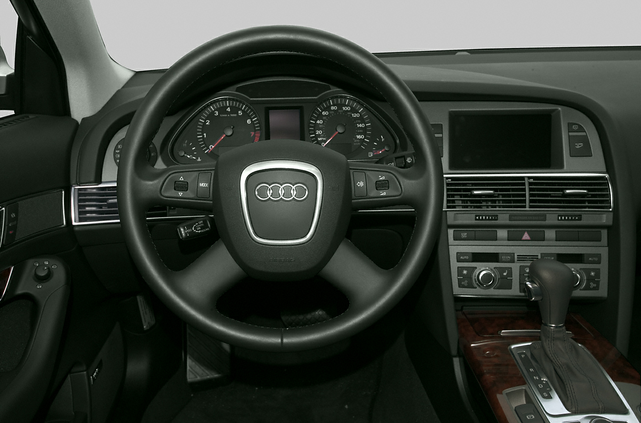 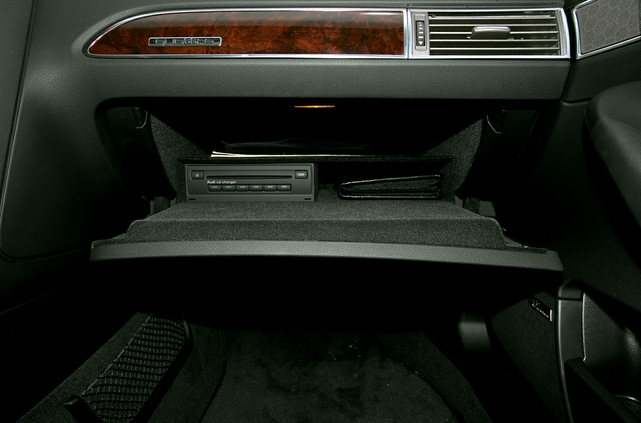 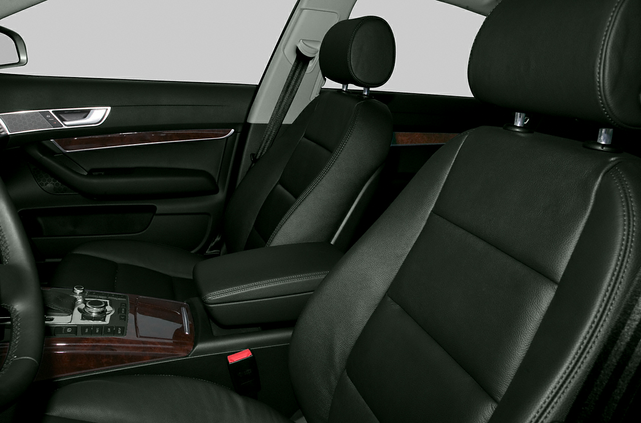 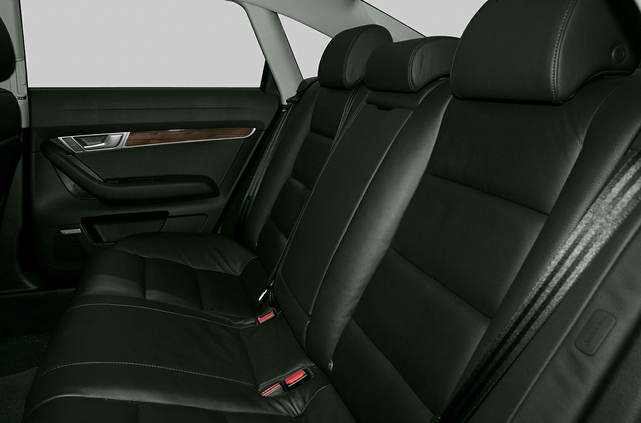 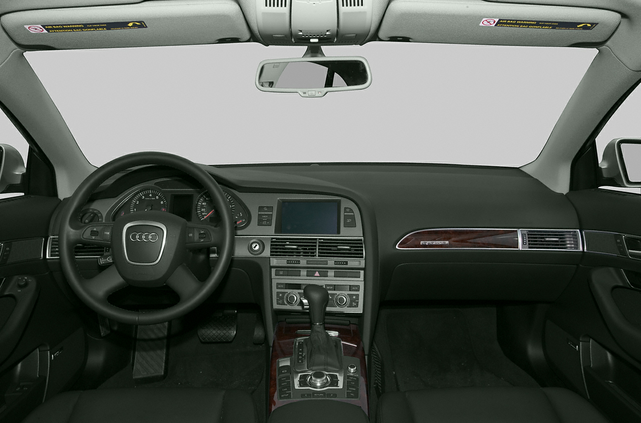 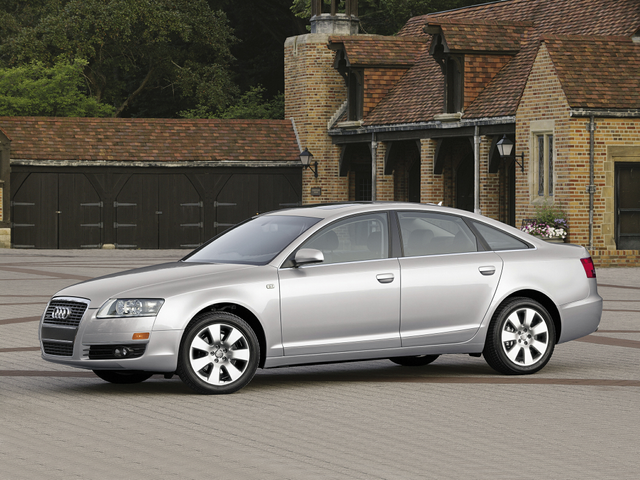 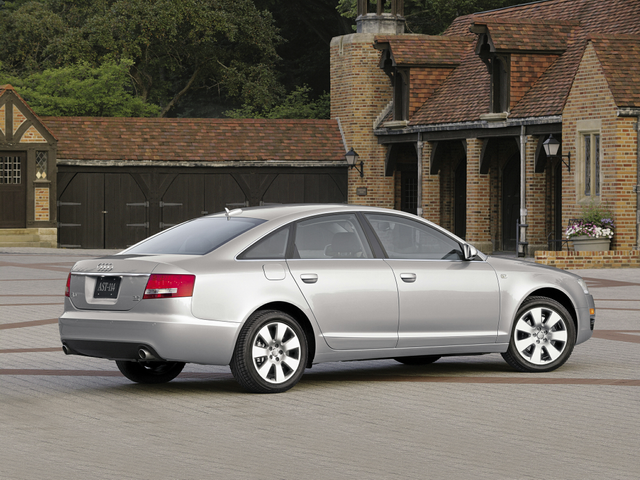 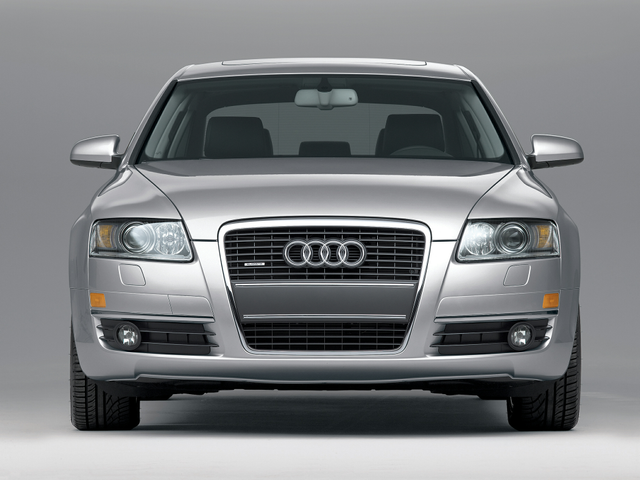 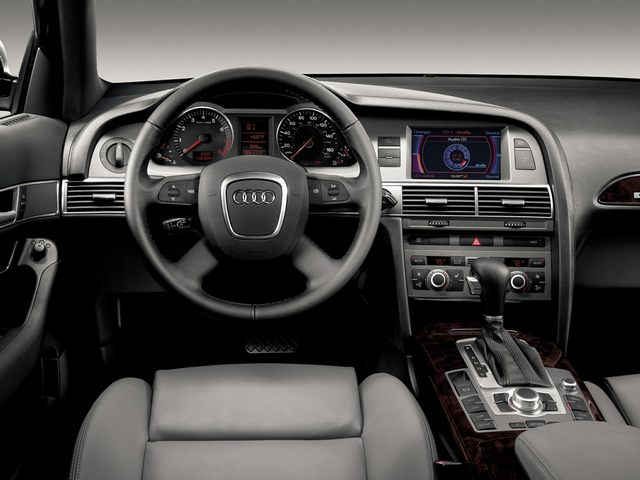