Our 2009 Audi S5 trim comparison will help you decide.

Editor’s note: This review was written in November 2007 about the 2008 Audi S5. Little of substance has changed with this year’s model. To see what’s changed for 2009, click here, or check out a side-by-side comparison of the two model years.

Audi’s lineup has no shortage of performance, with various S and RS cars, but it lacked a high-performance coupe — until now. The S5 is based on the automaker’s new A5 coupe and brings a full serving of power and style to the performance-coupe corner of the market.

The S5 mostly delivers on the concept of performance in a two-door package, but overly isolated steering prevents the coupe from being the runaway winner it otherwise would be.

Exterior & Styling
The S5 is one sinister-looking performance coupe, especially when finished in Phantom Black Pearl Effect, which was the color of my test model. The S5 has a flowing character line that bends smoothly along the body sides, but perhaps its most distinctive design cue is its LED daytime running lights. Used on other models, including Audi’s S6 performance sedan, the row of LEDs emits a bright white light that grabs the attention of oncoming drivers in a way those now-ubiquitous daytime running lights no longer can.

Even though the S5’s lines are essentially the same as the A5’s, a number of subtle cues will tip off informed bystanders to the fact that they’re looking at an S model. Details include a revised grille, silver-colored side mirrors, quad tailpipes and unique 19-inch alloy wheels, in addition to S5 badges.

Ride & Handling
The S5’s firm suspension makes for a bumpy ride on some surfaces, but it’s not excessively rough. Enthusiasts will appreciate the minimal body roll in tight turns.

The S5’s steering system provides buttery smooth power assistance at low speeds, which makes maneuvering through parking lots a breeze. At higher speeds, the level of assist lessens, which gives you a greater sense of control, but for a performance car there’s still too much isolation from the road. If you’re looking for a coupe with steering that provides a sense of connection to the pavement, BMW has the car with its 335i.

The S5 comes standard with Audi’s Quattro all-wheel-drive system that in this application has a rear-bias torque split that sends 60 percent of engine power to the rear wheels and 40 percent to the front under normal circumstances. This setup gives the S5 some rear-wheel-drive handling qualities — like a balanced feel when putting the power down in a curve — while retaining the sure-footedness that comes with all-wheel drive.

Going & Stopping
BMW engines often receive acclaim on this site, but Audi’s latest generation of performance engines, including the one in the S5, need to be considered in the same company — they’re that good. The S5’s 4.2-liter V-8 kicks out 354 horsepower at 6,800 rpm and 325 pounds-feet of torque at 3,500 rpm. That’s power you can appreciate every time you accelerate from a stoplight, and I often found myself running out of road as I traveled around Chicago and its suburbs. The V-8 doesn’t care one bit if you decide to wind it out to its 7,000 rpm redline, either — it just emits a turbine-like whir as engine speed builds. It’s this smooth-spinning nature that is one of the V-8’s most endearing qualities.

All this V-8-induced fun doesn’t come without penalty at the pump; the S5’s EPA-estimated gas mileage is 14/21 mpg city/highway, and the coupe is subject to a gas guzzler tax of $1,300 for its fuel-slurping ways.

S5 buyers can have a six-speed manual or six-speed automatic transmission. The manual transmission’s shifter slides smoothly between gears and engages with a slightly mechanical feel, but I found it more difficult than expected to creep along in heavy traffic in this car. The clutch and gas pedal are really touchy, and it’s hard to get smooth engagement when starting off, which made my wife’s head whip back and forth a few times. Even Audi’s ultra-high-performance RS 4 sport sedan was more forgiving. Drive the S5 aggressively, though, and smooth shifts become easier.

In a performance car, stopping with confidence is just as important as accelerating briskly. The S5’s brakes felt up to the task; they’re progressive and have good pedal feel.

The Inside
Interior quality and detailing is an Audi strong suit, and the S5 doesn’t disappoint in this regard. Silver-colored trim encircles the gauges and dash vents, and high-end materials like aluminum, carbon fiber and wood are available in addition to the standard piano black accents. The overall effect is a cabin that’s both sporty and elegant — an ideal place to conduct the business of pavement punishing.

The driver and front passenger get leather sport seats that have large side bolsters on both the bottom cushion and backrest. The seats proved comfortable for the duration of my week with the car and came in handy during aggressive driving.

While the seats were comfortable, the placement of the gas pedal made for a slightly uncomfortable leg position. When the driver’s seat was at an appropriate distance to work the clutch, I found the gas pedal too close for my liking, resulting in an uncomfortably angled right leg. It’s also a struggle to get out of the low coupe, even for the athletically inclined.

The S5 is equipped with Audi’s Multi Media Interface, which controls various vehicle operations, like choosing a radio station or changing one of the car’s settings. MMI becomes almost second nature with use, but operations like entering an address into the optional navigation system remain tedious even after you’ve familiarized yourself with the menus.

There’s room for two in the back of the S5. Despite the car’s low-slung shape, there’s tolerable space for two adults here, and more than enough for kids.

Cargo
For a coupe, the S5’s trunk is rather large, at 16.1 cubic feet. That compares to the BMW 3 Series’ 11.1-cubic-foot trunk and the Infiniti G37’s 7.4-cubic-foot cargo area. The S5’s space is also rather functional; the backrests of the 60/40-split folding rear seat can be released from either the cabin or the trunk, and when folded they’re nearly flat with the trunk floor. There’s also a trunk pass-thru with a ski bag.

S5 in the Market
With a base price of $50,500, the S5 is in the thick of the luxury performance car market. If you have that kind of money to spend, your choices are many and include models like the BMW 335i coupe, with its exemplary twin-turbo six-cylinder engine, and the Mercedes-Benz CLK550 luxury coupe. In spring 2008 you’ll be able to add the BMW M3 to the upper end of the list of cars in this range.

If you want to sell cars in this kind of company, you have to find a way to distinguish your product from the competition, and Audi manages to do that with the S5 in more ways than one. With its knockout V-8, curvaceous styling and upper-echelon cabin quality, the only question left is this: Where do I sign?

Monster of a Car, loved my 9 years with it!

2009 Audi S5 was absolute beast! V8, Quattro so regardless of the weather the car was phenomenal. Great combination of power and all-wheel drive plus the car was fast.

January 31, 2020
By lpfDC from Washington DC
Used to own this car

Very stylish inside and out

June 16, 2019
By Pete from Stanwood Washington
Test drove this car

Clean, stylish, sporty and comfortable. Was very nice to drive with a 4.2 v8 paired with a smooth shifting 6spd manual. Also has an amazing stock stereo. 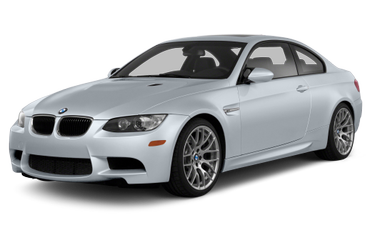 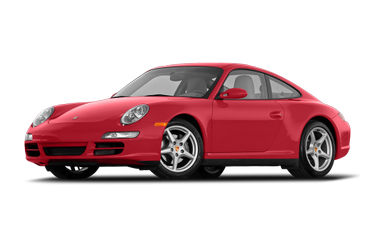 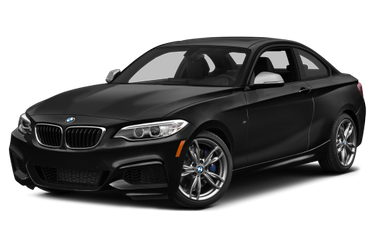 All model years for the Audi S5 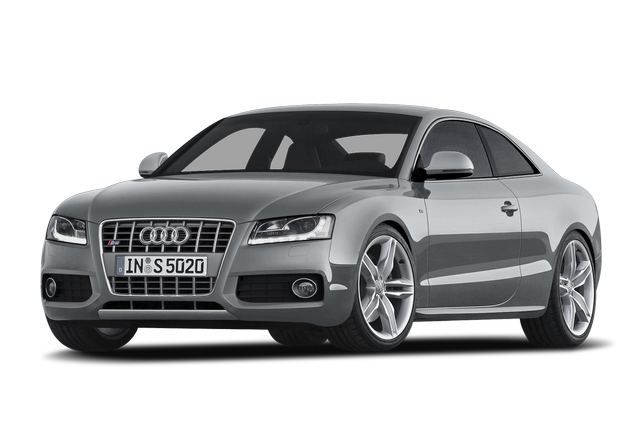 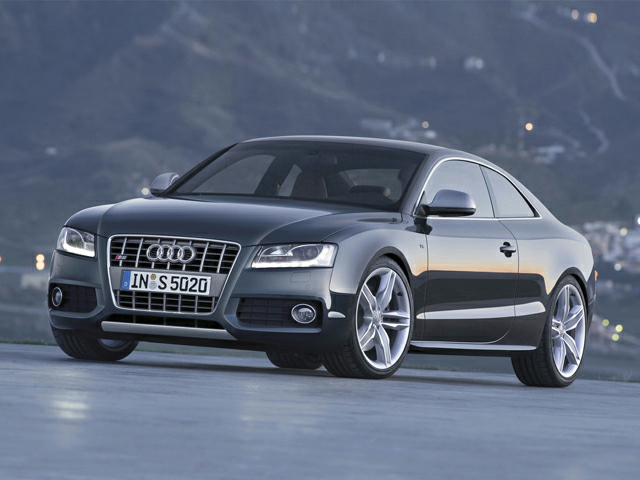 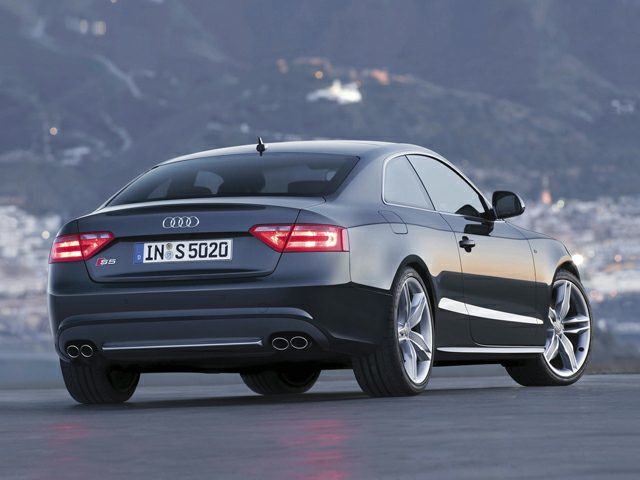 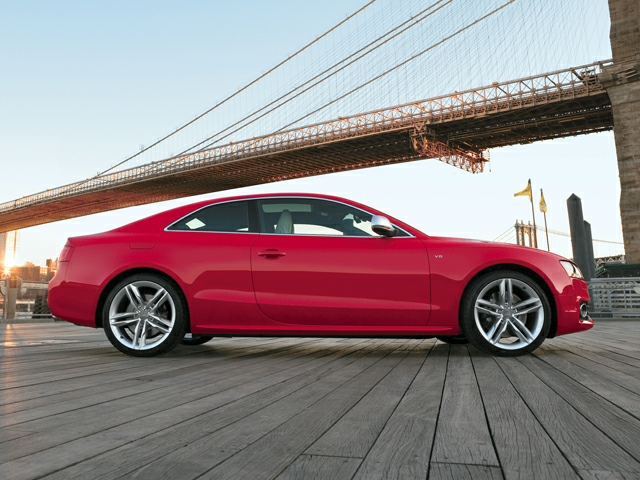 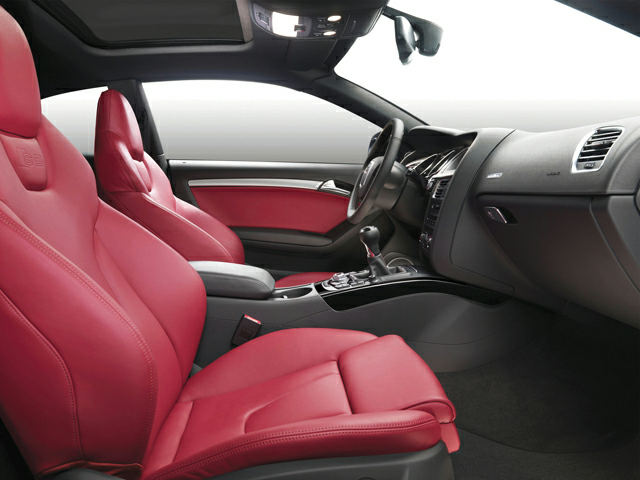 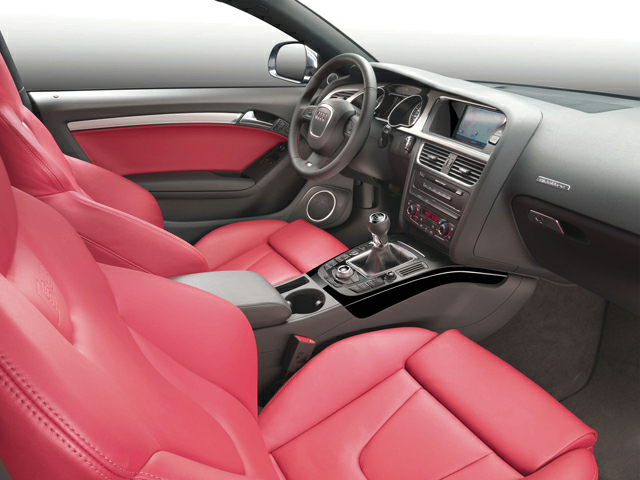 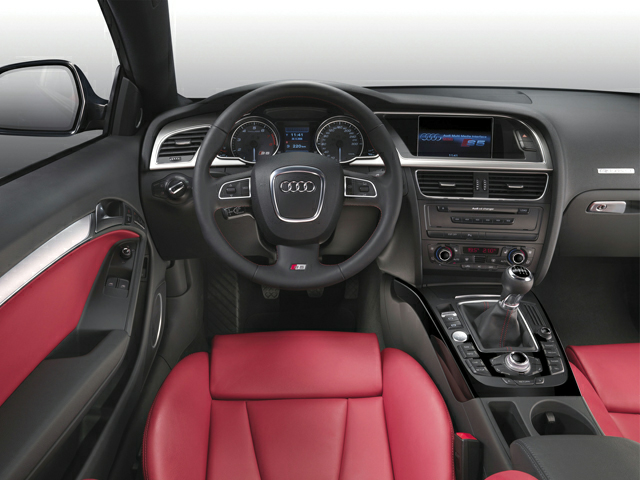 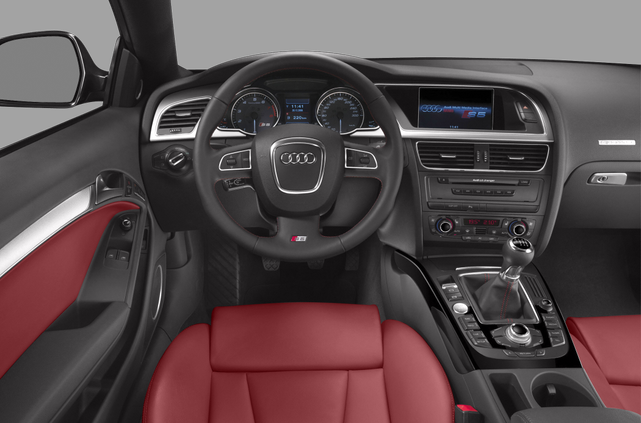 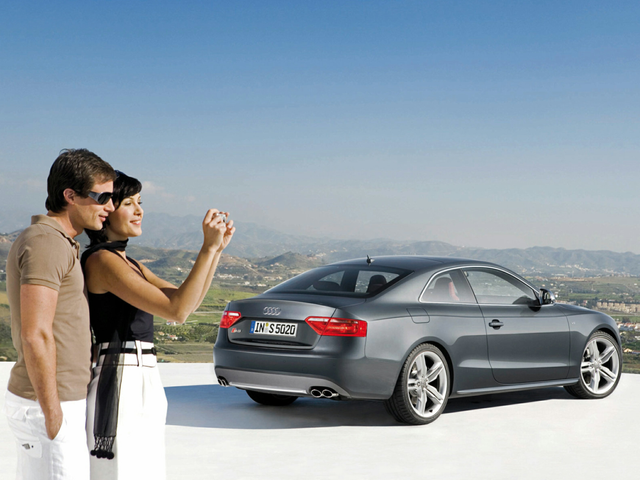 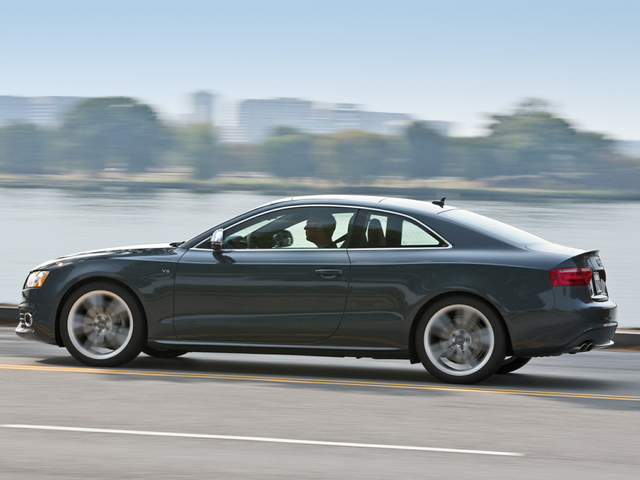 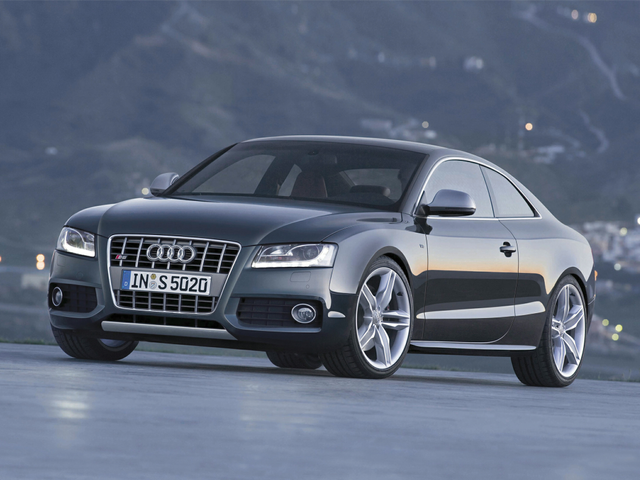 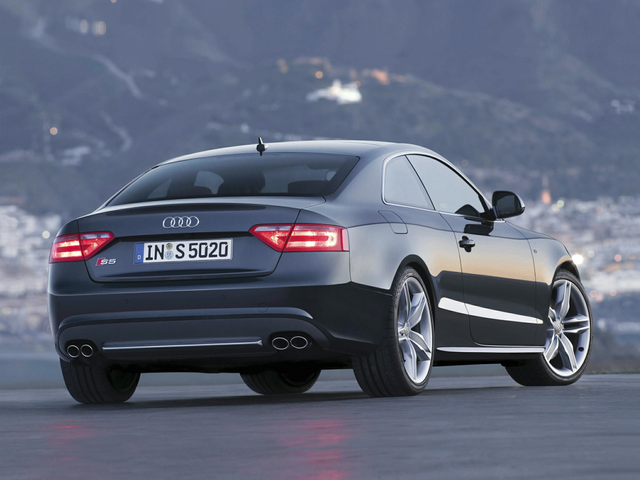 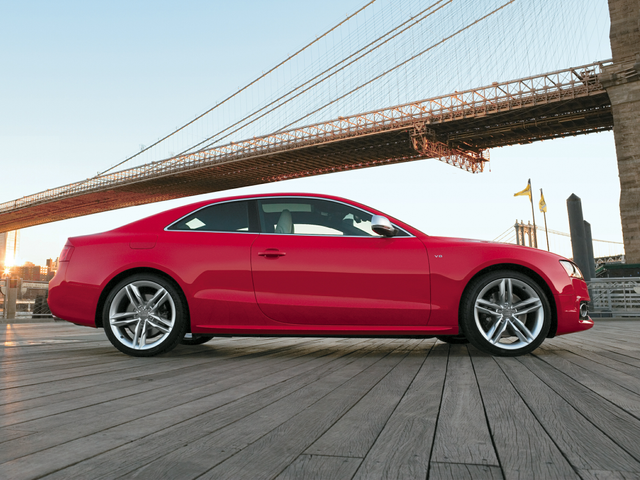 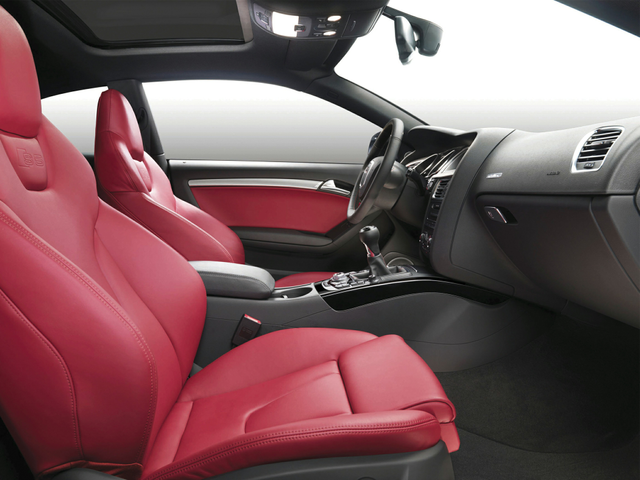 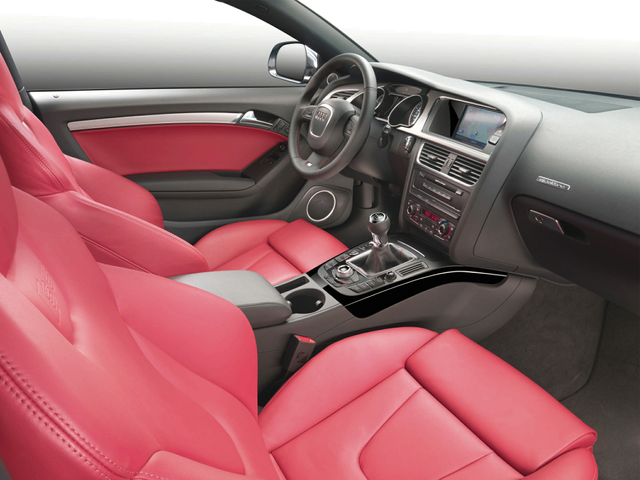 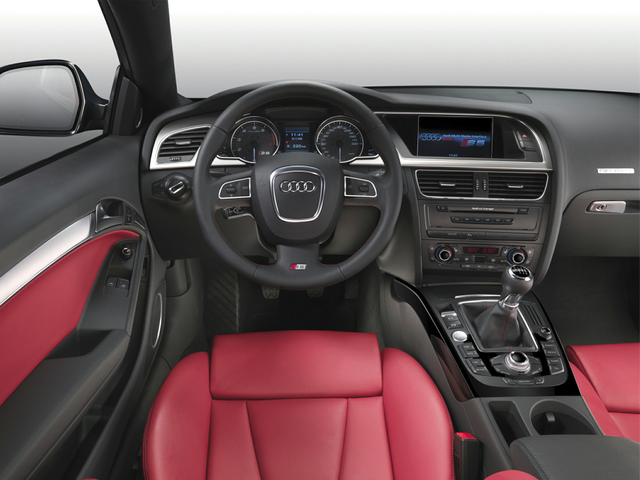