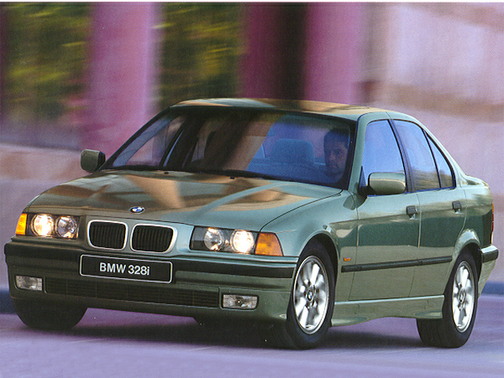 BMW plans to roll out a new version of the 3-Series sedan later this summer. Unfortunately, the coupe and convertible will not be replaced until sometime next year.

I logged nearly 400 miles in a 1998 328i Convertible recently and came away from it mostly unimpressed. The 328i Convertible is outdated compared with recent models from Saab, Mercedes-Benz and the upcoming Volvo C70.

There’s nothing seriously wrong with 328i technically or with the way it is assembled. But the car lacks the refinement of some of the competitors in its class. And the interior seems particularly dated.

Then there’s the issue of the price. This is an expensive car. Tack on a few options, and you’re looking at a $44,000 price tag. But it really doesn’t end there. Factor in luxury and sales taxes and interest on the loan, and most buyers are going to pay more than $50,000 for this car.

Despite the fact that I enjoyed driving the 328i Convertible, I could not find enough value in it to justify such a large expense.

The 1998 BMW 328i Convertible comes with a silky smooth 190-horsepower, inline, six-cylinder engine. It’s a 2.8-liter engine that has double overhead cams and 24 valves. Our test car came with a five-speed manual transmission.

As you might expect from a BMW, the 328i Convertible has plenty of verve. There are no peaks and valleys as the engine revs. The power comes on strong and just keeps building. If you like mechanical noises, you’ll love the way the 2.8-liter six sounds when you make it work. You hear a smooth whoosh from under the hood.

Driving this car in heavy city traffic is not bothersome. The clutch pedal takes little effort to operate and the five-speed manual transmission is easy to shift. If you want an automatic transmission (most people do), add another grand to the price. I would describe the 328i’s drivetrain as technically excellent. The same can’t be said for the suspension system, however.

Although the 328i is outfitted with a four-wheel independent suspension system, it seems as if BMW made the 328i a bit too luxurious. The ride is softer than you might expect. The 328i still sticks to the road tenaciously when asked to perform gymnastic maneuvers, but it doesn’t feel as lithe and athletic as other BMWs I’ve driven. Perhaps the 250 pounds of additional weight for the convertible top and frame reinforcements have dulled the sharpness of the ride.

However, the four-wheel, anti-lock disc brakes are truly awesome. And the power-assisted, engine-speed sensitive, rack-and-pinion steering system is crisp and responsive.

The 328i is a small mid-size car with a leather and wood-trimmed interior and a full menu of power accessories. It’s a nicely designed and built machine, but it’s overpriced.

I don’t care that the power top rises and lowers at the touch of a button. It makes no difference to me that the seats can be heated or that you can turn off the traction control. I don’t care about the CD player or the alarm system or the cruise control. No matter what is stuffed into this car, it isn’t worth $50,000. I’d buy a Plymouth Prowler, Porsche Boxster or Mercedes-Benz SLK long before I’d drop 50 big ones on this car.

Now let’s talk about how well it is built. The 328i is a top-quality machine that is bolted together tightly. I could find no flaws in the way the car was assembled. But some of the parts, such as the squarish dash and the small buttons on the air conditioner and radio, made the car seem dated.

Getting in and out of the back seat was inconvenient. However, there’s adequate room back there for average-sized adults, and BMW gets credit for keeping the trunk at an acceptable size.

The leather-trimmed seats are firm and comfortable. Numerous power adjustments make it easy to get comfortable quickly. Turn up the powerful radio, and you can make your ear drums bleed.

Nevertheless, if you’d like to drive a BMW convertible, the Z3 roadster represents a far better value. That doesn’t mean I’d like to see the 328i become extinct. Not everyone can make do with a two-seater. Hopefully, BMW will figure out a way to add more value to the next 328i Convertible.

1998 328is coupe . A very competent car. Very poised and ready. The cockpit is very good...the IS having upgraded seats and goodies . The engine is the highlight. Buttery seamless power and a refined engine note. My arctic silver paint is also perfect ..parked outside. Amazing car at 197,000 miles.

the inline 6-cylinder engine is the most reliable engine ever built, the mid 90's 3 series were the best bmw ever made (except the 318i). the perfect blend of reliability, style, ease of repair and performance make this one of the best designs in vehicle history.

The best car I've ever owned

The best car I have ever owned wasn't equipped with fancy things like navigation or loaded with all the driver assisted features of cars today. It wasn't turbo charged and didn't have a massive V8. Heck, it didn't even have automatic head lights and it didn't need any of that. The best car I ever owned was a 1998 328i sedan. So what made this car so special? This was a true drivers car. It had a perfectly weighted steering wheel and peddles, that delivered accurate and precise feedback. The engine was the great naturally aspirated inline 6 that BMW was famous for. The engine size 2.8 litter hence the name 328i. This car goes back to the days when BMW's naming scheme still meant something and when BMWs didn't have the artificial handling feel that they do today. This car handled like a go cart and I had a transmission engine match made in heaven. Even with an automatic, you couldn't find a gear or speed that this car wouldn't instantly take off from. The car produced 190hp and 206 lb-ft of torque which propelled 3131 lb. car to 60 in 6.8 seconds. The interior of the was intuitively laid out, with every button within arms reach. The center console was tilted towards the driver to create a driver focused cockpit. The seats were comfortable and well bolstered allowing for a perfect driving experience. This car's interior was a testament to the design quality that made BMW so great. It is a reminder of what BMW has lost sight of in recent years with their sterile almost clinical interiors. The exterior of the car is classic BMW. It was a great design when it came out in the 90's and it still looks great now with its signature kidney grills. This car is similar in size to the 1 and 2 series. Yet, it manages to look lean compared to the slightly bloated looking 1 and 2 series whose exterior designs never seem have the correct proportions that made the 3 and now 4 series coupes much better-looking cars. The verdict, in an automotive era, were technology and driver aids are creating a greater disconnect between the driver and car, this car is a way to return to the glory days of BMW and a great way to get to ultimate driving experience. You can pick up one of these future classics for under $5,000. 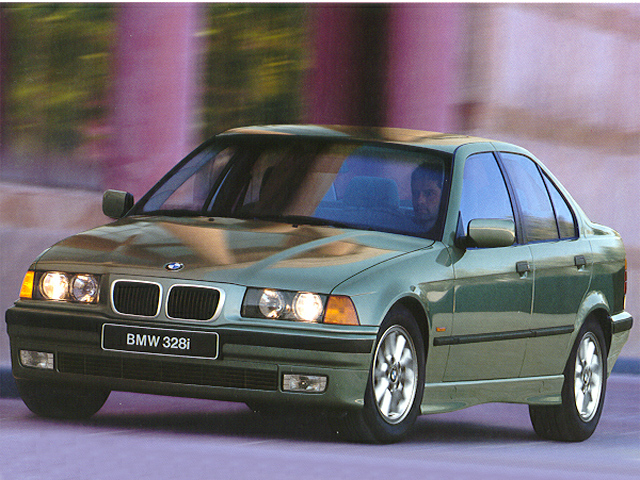