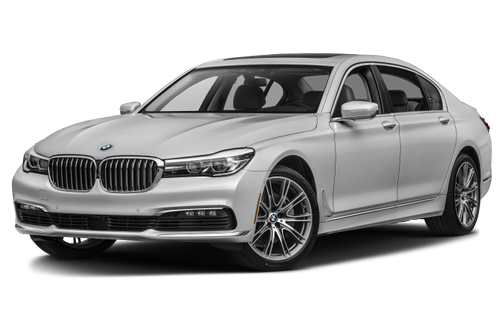 Behold the redesigned sixth-generation 7 Series, a car packed with as much technology as a Pixar studio. Any sedan that takes on the Mercedes-Benz S-Class, Audi A8/S8, Jaguar XJ and Lexus LS had better be a tour de force of technology and capability, and BMW’s 7 Series is just that.

Like BMW’s i3 electric car and i8 exotic, the new 7 Series will sport carbon-fiber-reinforced plastic in the passenger compartment that helps reduce its overall weight by about 190 pounds, plus new features like gesture recognition and a self-parking system that even handles the gas and brakes.
Exterior
The sedan wears perhaps the largest version of BMW’s familiar twin-kidney grille, now with active shutters to help aerodynamics. It extends deep into the front bumper, with LED headlights emerging directly from the sides. The bumpers have a single lower expanse, which an M Sport Package trades for three separate openings. The M Sport also adds darkened rear-bumper effects.

Eighteen-inch alloy wheels are standard, but optional rims go all the way to 21 inches. Though it’s an inch longer than last year’s long-wheelbase car, the 7 Series’ trunk appears shorter and doesn’t jut as noticeably outward. The tail itself has familiar elements, with a sleeker take on the last 7’s horizontal taillights and width-spanning silver trim.
Interior
Like other newish BMWs, the 7 Series now has a new center display that perches on the dash rather than within a dash hump. The gauges also are a configurable display, measuring 12.3 inches. Most controls have a silver finish, but many functions along the center stack are now touch-sensitive, which we’ve criticized across the industry. It’s an unfortunate development since German automakers were a reliable holdout for physical knobs and keys.

BMW’s iDrive controller sits to the right of the gearshift, but it’s been augmented by a touch-screen interface for the center display itself — a rarity among German luxury cars. New gesture recognition allows you to accept a phone call, adjust the stereo volume and more by aiming hand gestures toward the multimedia system. (Why pressing a button on the steering wheel was so difficult, we don’t know.)

Shoppers can choose between various wood and aluminum trim plus three grades of leather. BMW claims class-leading backseat legroom, and typical of a full-size luxury sedan, rear amenities are plentiful. A panoramic moonroof and quad-zone automatic climate control are standard; outboard passengers can get optional heated armrests. Backseat passengers can get front-seat-mounted multimedia screens, powered outboard seats and a flow-through center console with tray tables and a removable 7-inch tablet. The tablet has driving information, various seat controls and Internet connectivity through the 7 Series’ in-car Wi-Fi.

Wireless smartphone charging is standard. Optional premium audio comes in the form of a Bowers & Wilkins Diamond surround-sound system. If you want some smell with that sound, an optional air-fragrance package can ionize the air and emit one of eight scents.
Under the Hood
The 740i has a turbocharged 3.0-liter inline-six-cylinder engine with 320 horsepower. The 750i, meanwhile, gets a twin-turbo 4.4-liter V-8 that’s good for 445 hp. Both engines work through an eight-speed automatic transmission.

Sometime next year, BMW will also offer a 740e xDrive plug-in hybrid, which combines a turbo four-cylinder with an electric motor. The motor draws power off a rechargeable lithium-ion battery, with a maximum all-electric range of 23 miles (EPA-certified range still pending). BMW says it will announce whether the 740e will be a 2016 or 2017 model closer to its launch.
Safety
BMW’s optional Parking Assistant can pull the car into a parallel or perpendicular parking spot using low-speed acceleration and braking (most self-parking systems only manage the steering). Automatic braking now works when the car is in Reverse and detects an object in its path. Driverless remote-controlled parking via BMW’s Display Key won’t be available at launch in U.S. models, BMW says. There’s no word on when (or if) the feature will arrive.

Safety options include forward collision warning with pedestrian detection and automatic braking, plus lane departure and blind spot warning systems. Pile on all the driving-assistance packages and the 7 Series can maintain speed behind the car ahead all the way down to a full stop, as well as steer itself to follow the vehicle ahead, stay in its lane, or detect and avoid adjacent traffic during a lane change. (BMW says the steering assistant, like other such systems, still requires you to keep a hand on the wheel.)

The nicest car by far on the market

December 23, 2019
By Bimmer Fan from Jacksonville, FL
Owns this car

The 740i is one of a kind. It is an extreme performance car hidden in the form of a luxury sedan! Performance, luxury, style. it has it all! Excellent reliability and safety features abound.

super comfortable the best car I ever owned.

December 14, 2019
By Jalal Aljaff from Houston, Texas
Owns this car

After owning two 8 cylinder BMW's, l was skeptical about buying a 7 series with a turbo charged six cylinder. I am surprised by how fast this car is from zero to sixty. I love the new interior and exterior of the all new 2016 7 series. The tech is awesome. I expect that this will be the most reliable 7 series ever.

Rating breakdown (out of 5):
2 people out of 2 found this review helpful. Did you?
Show full review
See all 5 consumer reviews

All model years for the BMW 740 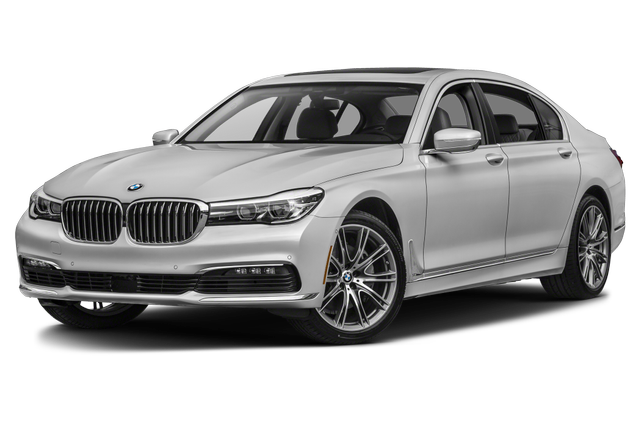 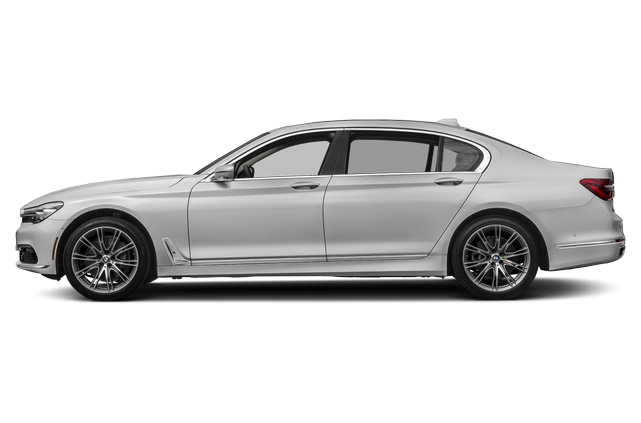 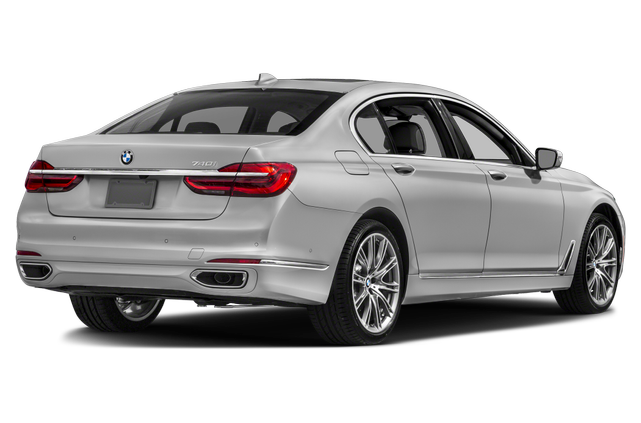 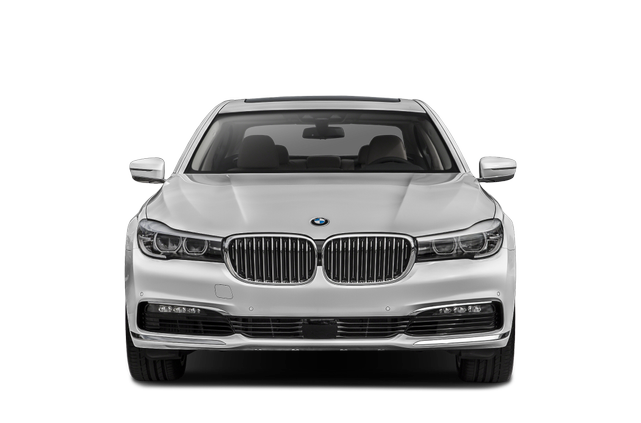 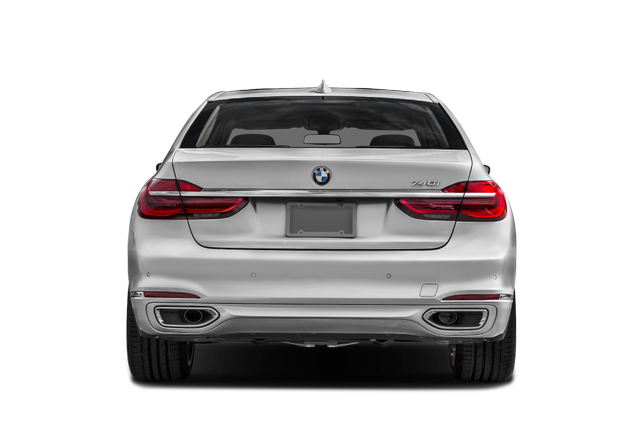 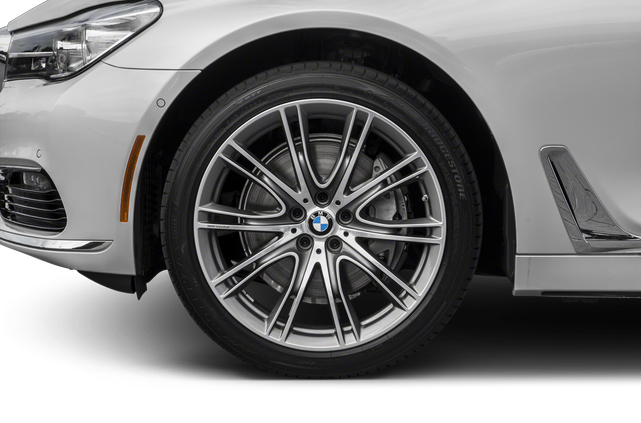 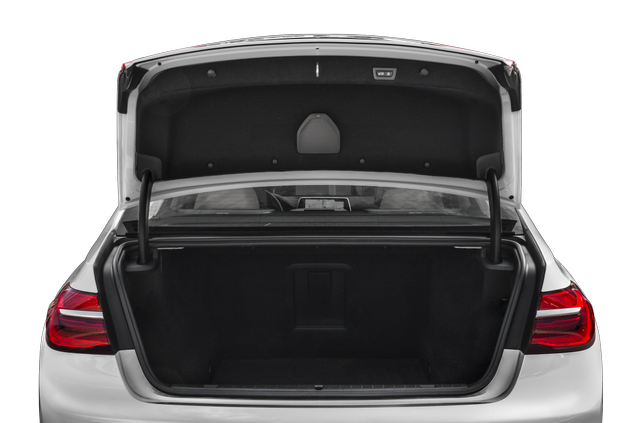 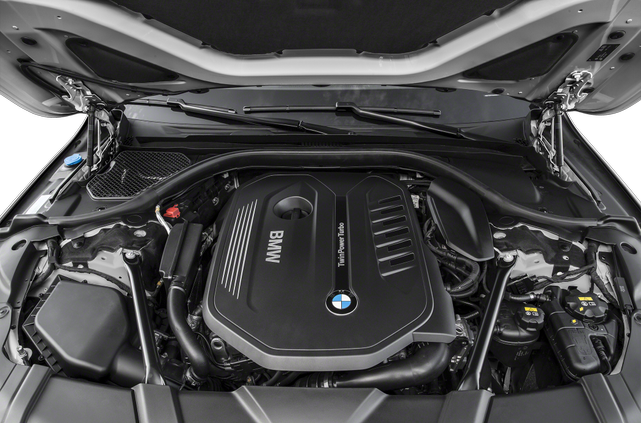 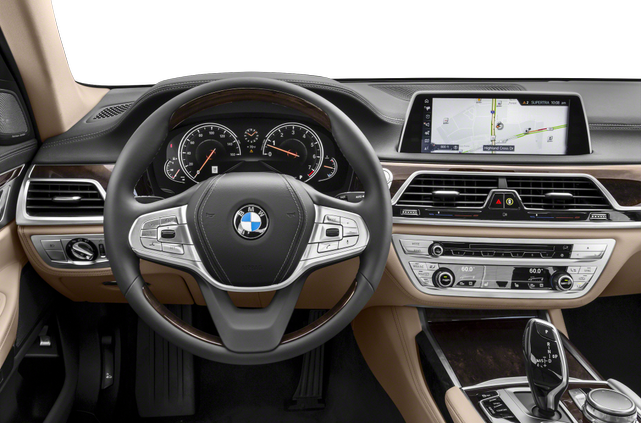 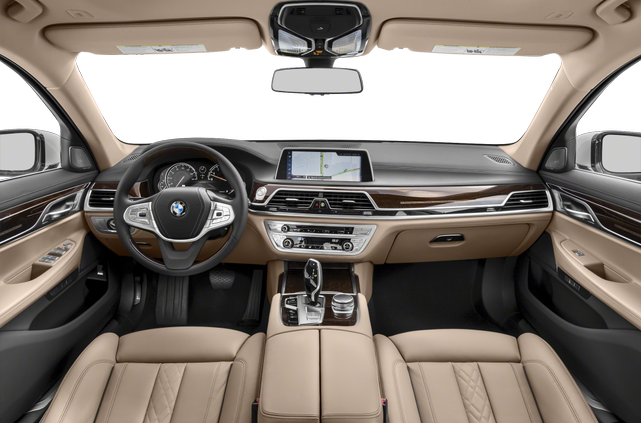 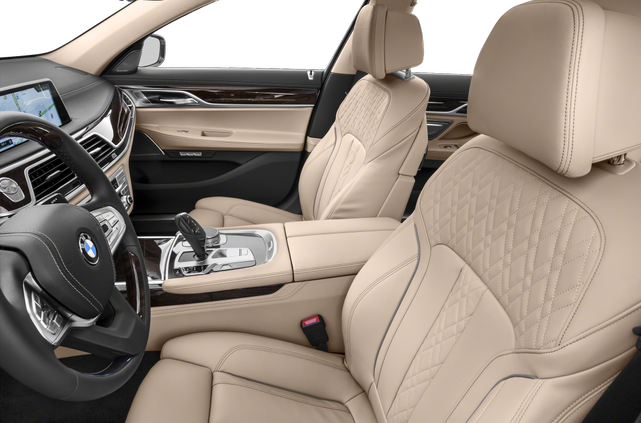 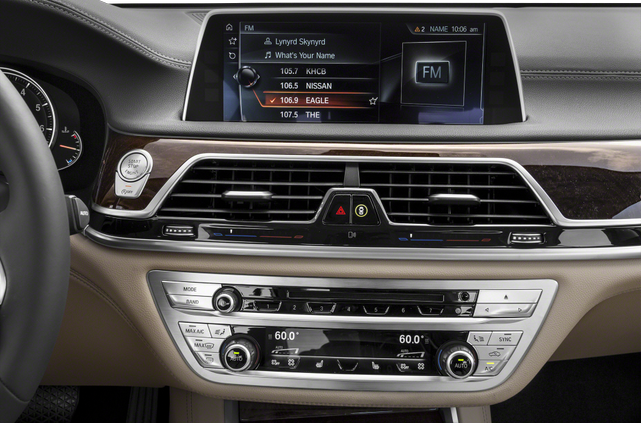 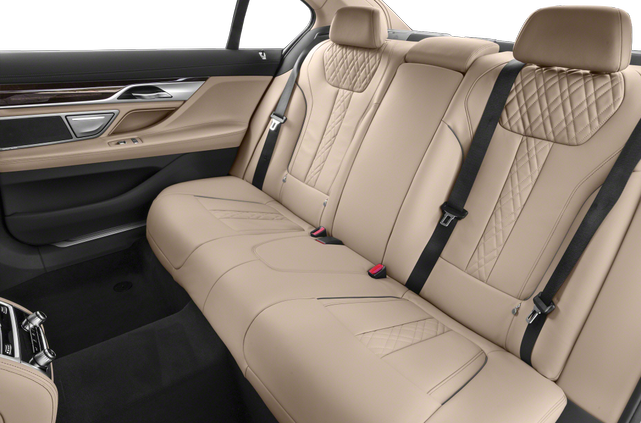 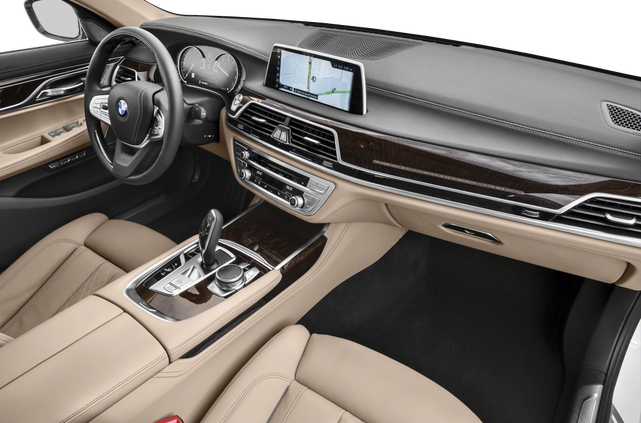 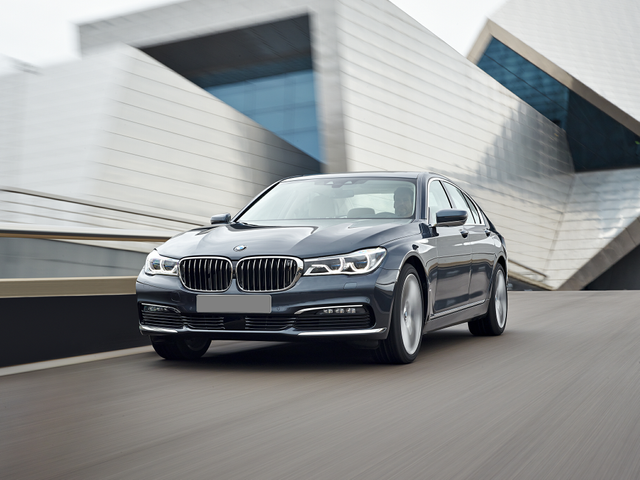 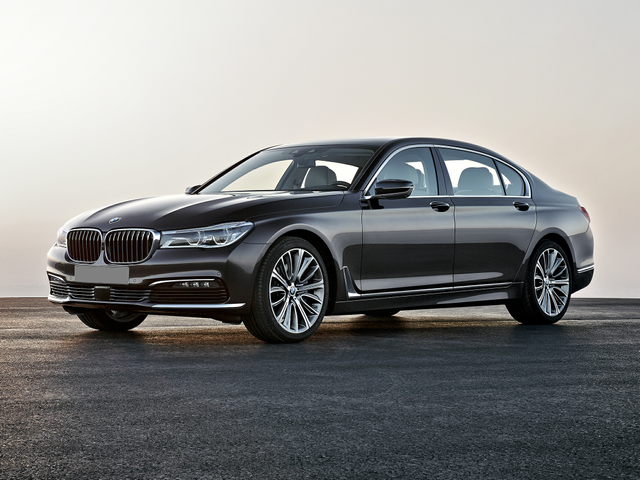 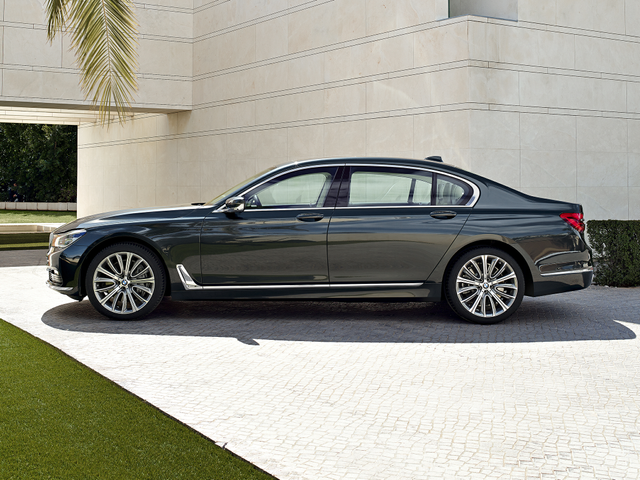 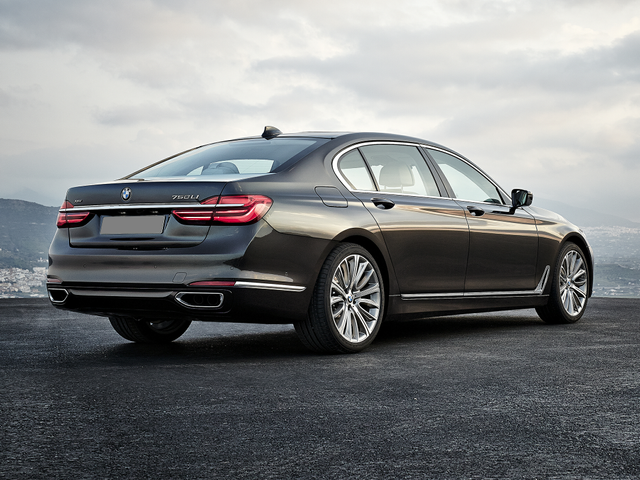 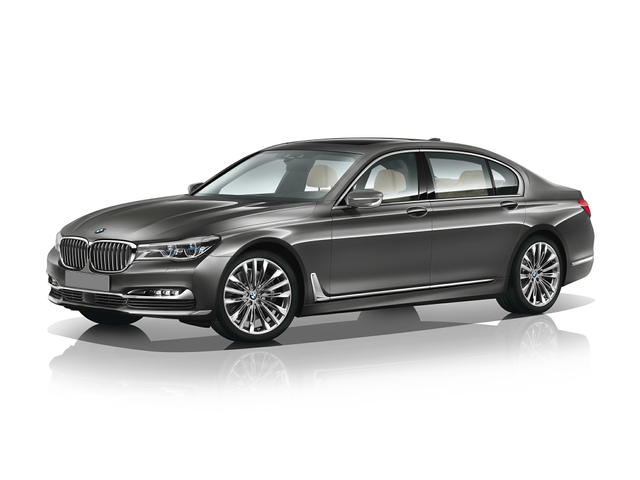 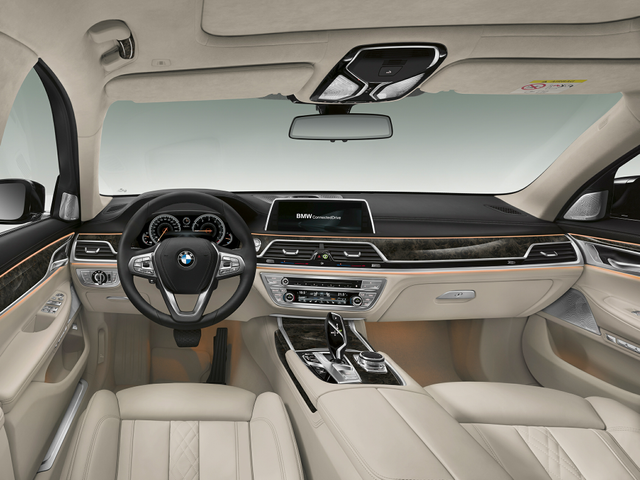 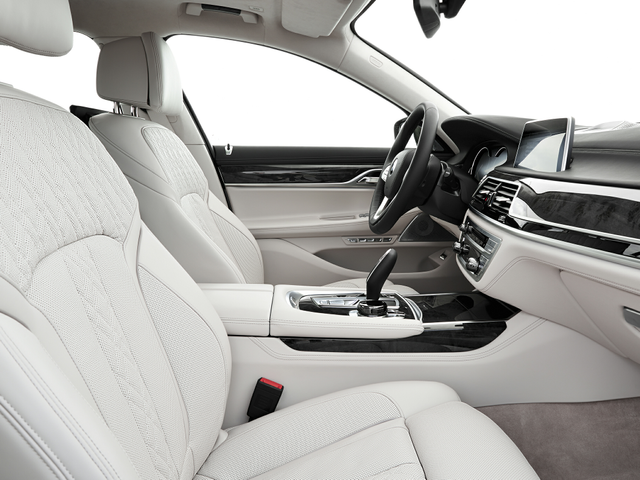 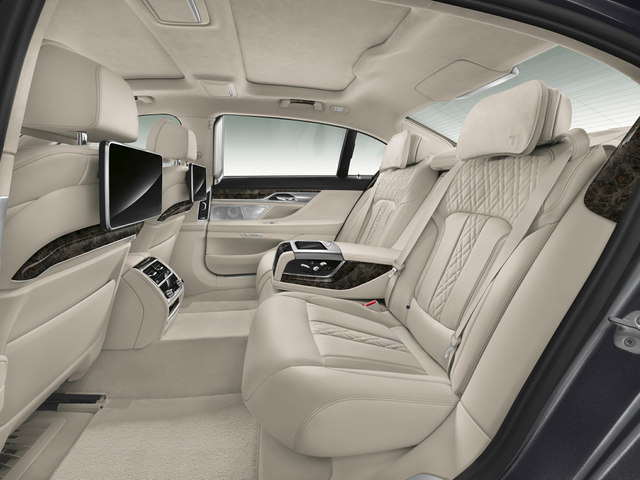