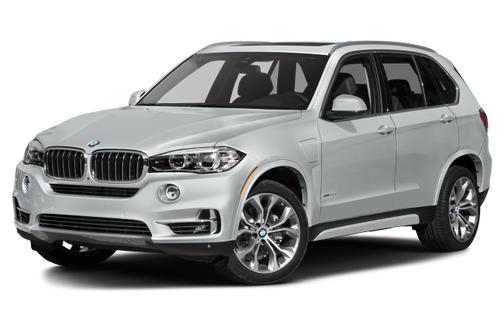 Our 2017 BMW X5 eDrive trim comparison will help you decide.

The verdict: New for 2016, the BMW X5 eDrive plug-in hybrid is a compelling choice for X5 shoppers, but those shoppers ought to drive the X5's competition, too.

Versus the competiton: The X5 plug-in hybrid boasts good performance and a handsome interior, but it faces strong competition, ranging from the opulent Volvo XC90 to several value-oriented Japanese alternatives.

Editor’s note: This review was written in March 2016 about the 2016 BMW X5 eDrive, but little of substance has changed for this year. To see what’s new for 2017, click here, or check out a side-by-side comparison of the two model years.

Officially named the X5 xDrive40e (a mouthful), the plug-in hybrid version of the X5 is BMW’s first plug-in SUV. BMW badges it under its eDrive moniker, and I’ll refer to it as the X5 eDrive from here out. The five-seat SUV has standard all-wheel drive and slots in price between the six-cylinder xDrive35i and V-8 xDrive50i. (The X5 also comes in diesel and high-performance M versions.) Compare the eDrive with other X5s here.

Except for a few different badges and a charging door on the driver’s-side front fender, the X5 eDrive looks essentially the same as its non-hybrid siblings, right down to BMW’s available xLine, Luxury Line and M Sport appearance packages. Nineteen-inch alloy wheels are standard; our test car had optional 20s.

The X5’s EPA-estimated 14 miles of all-electric range comes only with modest acceleration, but the gas and electric motors combine for 308 horsepower, making for energetic passing power. It’s also a linear experience, thanks to BMW’s conventional eight-speed automatic transmission, which delivers traditional gearshifts versus the rubber-band sensation common among many other hybrids, which typically employ continuously variable automatic transmissions. The X5 revs smoothly, with fast upshifts and little kickdown delay, though it comes with noticeable accelerator lag off the line — an area where BMW is a repeat offender.

All-electric driving requires a gentle right foot. If you need significant acceleration, even a halfhearted jab on the gas immediately calls up the X5 eDrive’s turbo four-cylinder. Editors agreed it’s a seamless process, and it’s probably for the best from a safety standpoint. Even in the SUV’s selectable “Max eDrive” mode, which tries to maximize all-electric driving, the threshold for all-electric acceleration is modest. Put the pedal halfway down, and the engine will come on even with a full battery.

Higher speeds also sap the range: I began a section of steady-state highway cruising near Cars.com’s Chicago offices with 9 miles of range, but even in the drivetrain’s most-efficient mode, Eco Pro, it took just 6 miles to run the battery out.

Past that, the X5 eDrive behaves like a conventional hybrid, alternating between electric and gasoline power or a combination of both. The regenerative brakes have some artificial pedal feel, but as hybrid brakes go, they’re acceptable. Put it all together and the SUV gets an EPA-estimated 24 mpg combined outside of its electric range. That’s 20 percent (4 mpg) better than the six-cylinder X5 xDrive35i.

A four-wheel adaptive suspension with air springs over the rear axle is standard, but editors agreed the ride quality still seems problematic for a luxury SUV. Sudden changes in elevation produce lots of body motion, and broken pavement perturbs the eDrive’s suspension in situations where rivals — the XC90 and Audi Q7, for example — keep their cool. Over anything short of minor bumps, the X5 feels jittery.

Martin O’Malley probably had more supporters for the presidency than there are X5 eDrive owners who will throw their SUVs around on curvy roads, but there’s a handling payoff if you do. The eDrive’s steering feels a touch numb on-center, but feedback improves a great deal through sweeping curves. BMW’s various electronic systems work mightily to keep the 5,220-pound SUV in line, but the sum of the parts — plus our test car’s terrific Pirelli Scorpion Verde all-season tires — corners well, with minimal body roll and precise directional control.

Indicative of the X5’s relatively high starting price, cabin materials are both lush and uniform, with consistent finishes below arm and elbow level — where some of the X5’s less-expensive Japanese competitors, well, cheap out. BMW offers a range of optional finishes, from black ceramic controls and two grades of leather seats (vinyl is standard) to leather-wrapped portions of the dashboard, center console and upper doors.
Both rows of seats have room to spare, though adults in the backseat may wish the bench sat an inch or so higher for better thigh support. A two-seat third row, optional in the non-hybrid X5, is prohibited by the eDrive’s battery pack, which sits under the cargo floor.

The X5’s liftgate/tailgate combo ensures cargo doesn’t fall out while you unload through the powered liftgate, but once you open both the liftgate and tailgate to access bigger items — a suitcase, for example — the tailgate makes it a farther reach to get them. Shorter drivers may deem the whole setup inferior to a simple liftgate.
With the battery pack under the floor, luggage volume is 34.2 cubic feet behind the rear seats and 72.5 cubic feet of maximum volume when they’re folded. That’s slightly less than a non-hybrid X5, which has 35.8 cubic feet and 76.7 cubic feet respectively, but it’s competitive with other midsize luxury SUVs.
Console-area storage up front is meager, but large door pockets and a pullout cubby to the left of the steering wheel rescue the situation.

A 10.2-inch multimedia screen with HD radio, Bluetooth phone and audio streaming, USB connectivity and steering-wheel audio controls is standard. BMW’s familiar iDrive controller governs the action, though this unit — and similar knob-based systems from Mercedes-Benz and Audi — seems prehistoric compared with the XC90’s iPad-like touch-screen. An optional backseat entertainment system mounts dual 9.2-inch screens on the front seatbacks. Above the base stereo, BMW offers two premium audio systems: one from Harman Kardon, and a second (and far pricier) stereo from Bang & Olufsen.

Apple CarPlay and Android Auto smartphone integration are not available, however. Neither is AM radio, curiously. BMW says the electric motor in its eDrive vehicles interferes with AM radio signals, so the reception would be rotten. If you have a favorite station, make sure it streams online.

A backup camera, standard in many cheaper SUVs, still is an option on the X5. Surround-view cameras are also optional.

With average transaction prices hovering around other European SUVs — think XC90, Audi Q7 and Mercedes-Benz GLE-Class — the X5 overall is pricey. Want less sticker shock? Check out Japanese competitors such as the Acura MDX, Infiniti QX60 and Lexus RX 350; all of them transact for many thousands less. This BMW, like its continental peers, is no value choice.

But versus other X5s, the eDrive makes a compelling case. With standard all-wheel drive, it starts around $63,000. That’s about $5,000 more than a six-cylinder gasoline-only X5 with all-wheel drive, but the difference nearly vanishes after a federal tax credit of around $4,700 for qualified shoppers. Reap the full credit, and the eDrive makes abundant sense, especially since its standard adaptive suspension would set you back an extra $1,500 on the six-cylinder X5. Even with today’s low gas prices, the eDrive is a compelling choice in the lineup — and a good hedge for when gas prices eventually go back up.

Love the vehicle but I think it preforms best on battery, therefore will look for an all electric car in the future. Overall great car.

Not what I expected.

Too much road noise. Stability issues and shaking. I took this several times to dealership and no success fixing the issue. The Edrive range is too low and doesn’t worth the extra money you pay for hybrid system. Great and spacious interior and gorgeous exterior design. I may buy regular X5 next time but absolutely not Edrive.

My kids call it “The Space Ship” - I thought the X5 wouldn’t be big enough for our family of 4 but it’s perfect! Plenty of room for my wife & I and our 2 kids 6 & 3 yrs old. I highly recommend this size for families of 3-4 absolutely!

All model years for the BMW X5 eDrive 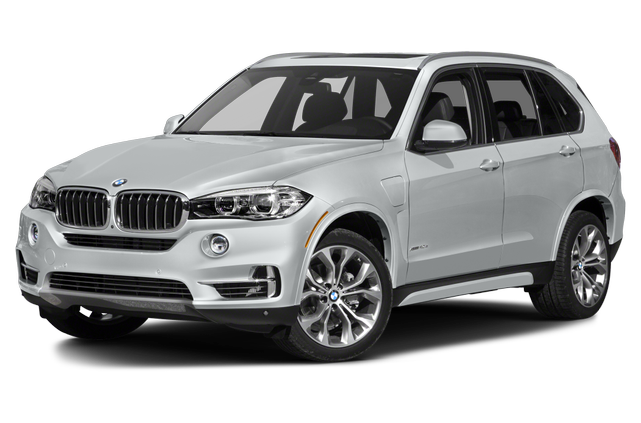 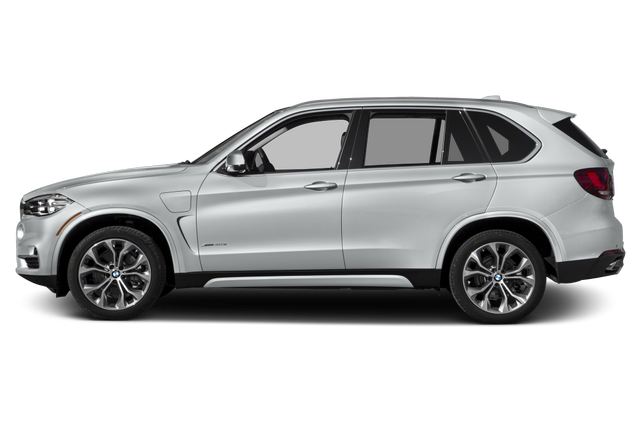 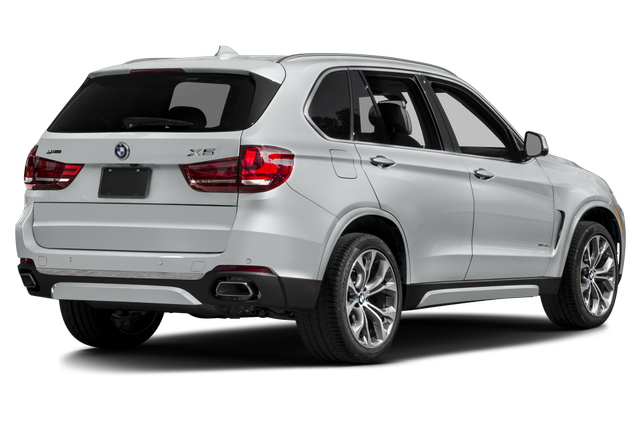 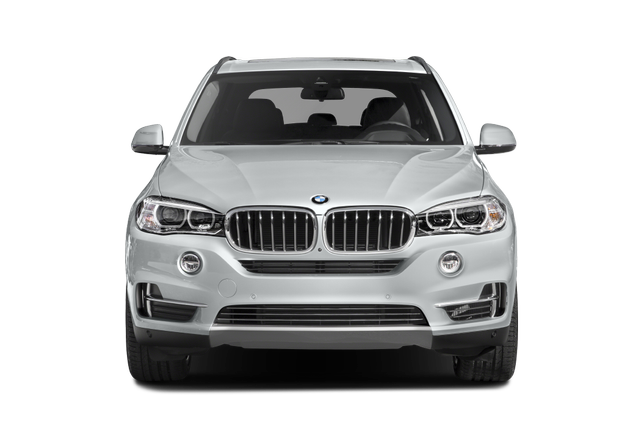 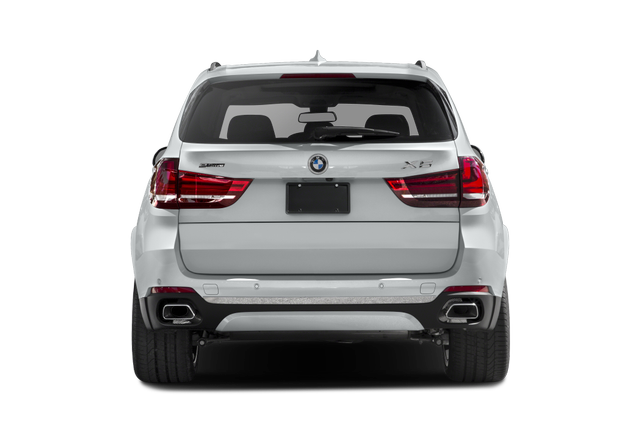 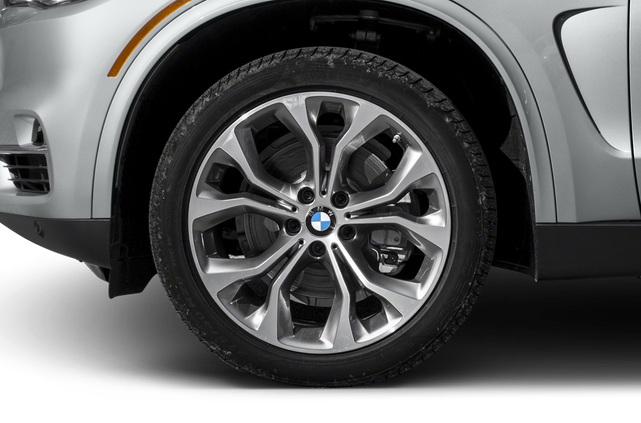 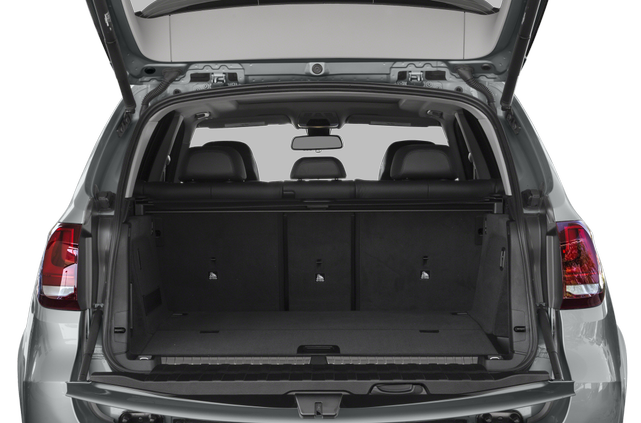 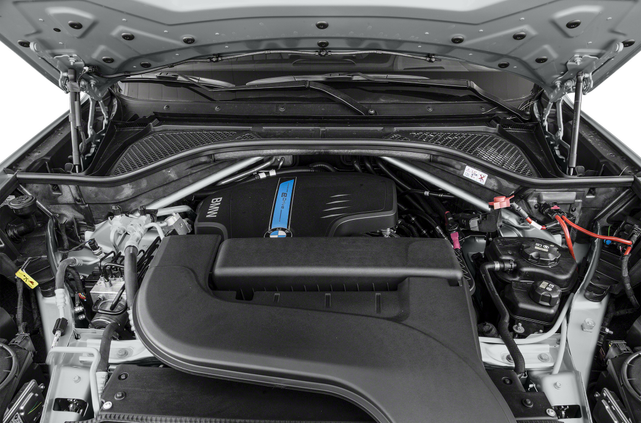 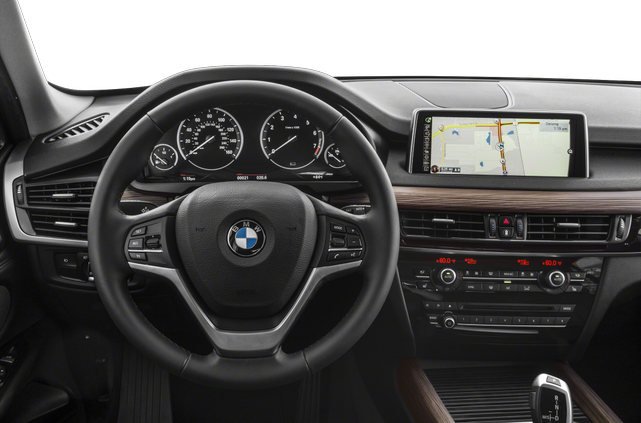 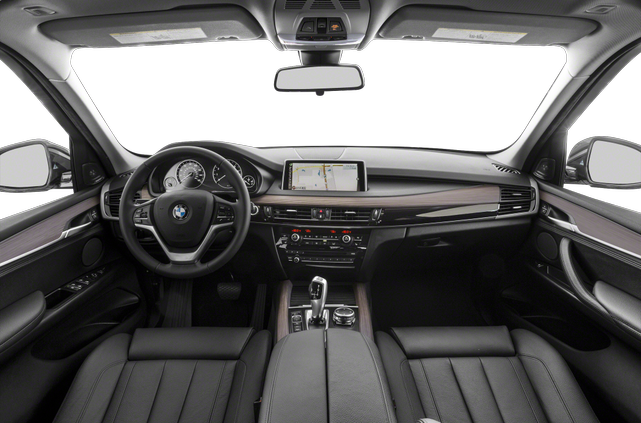 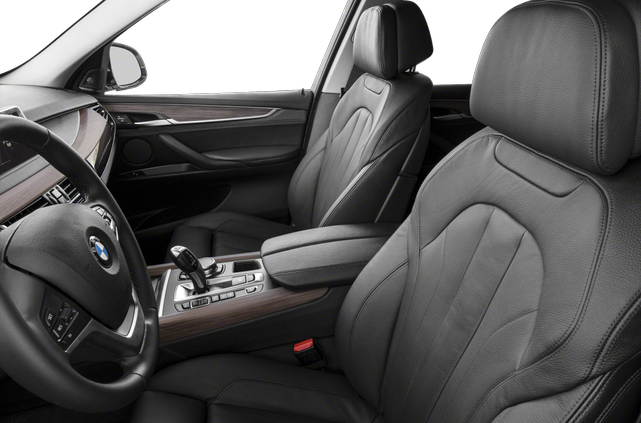 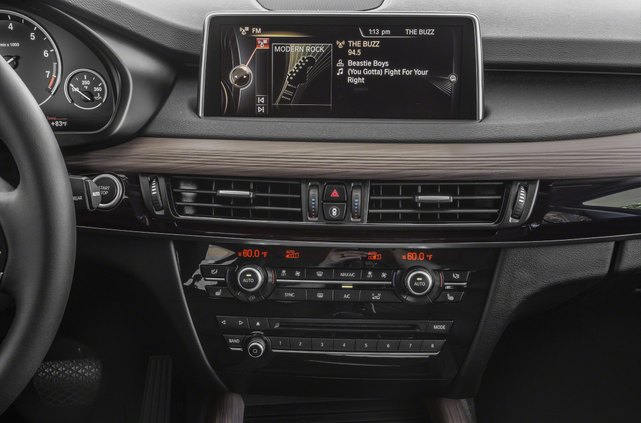 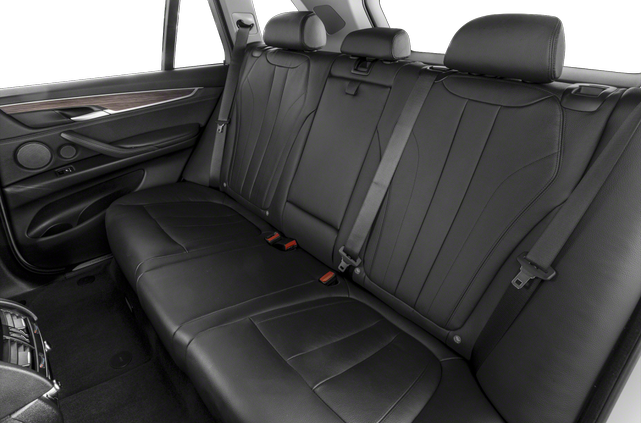 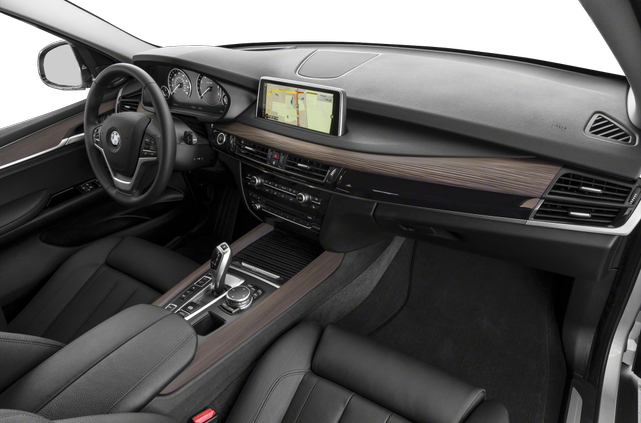 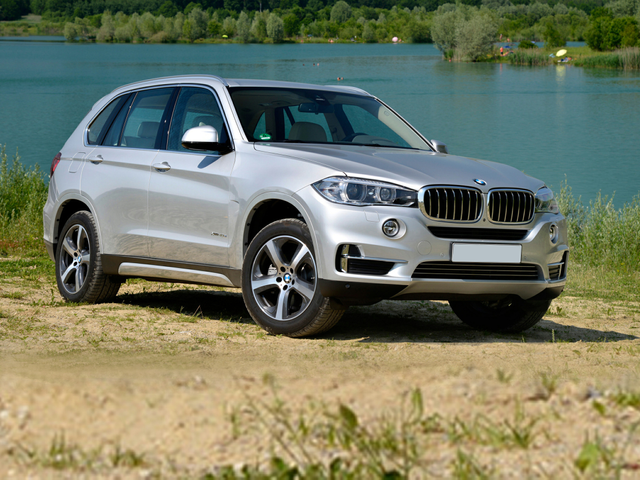 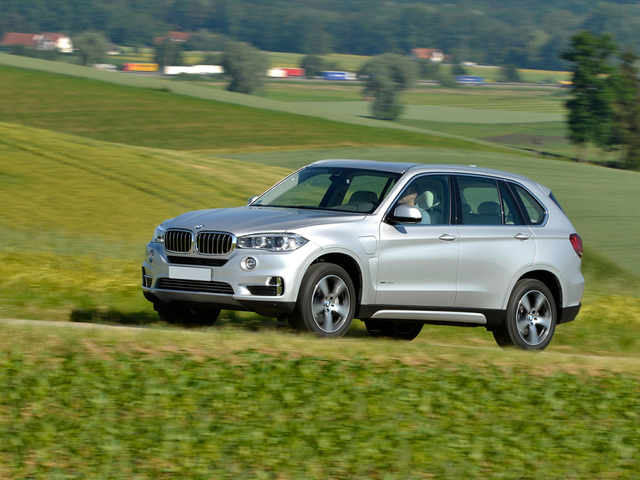 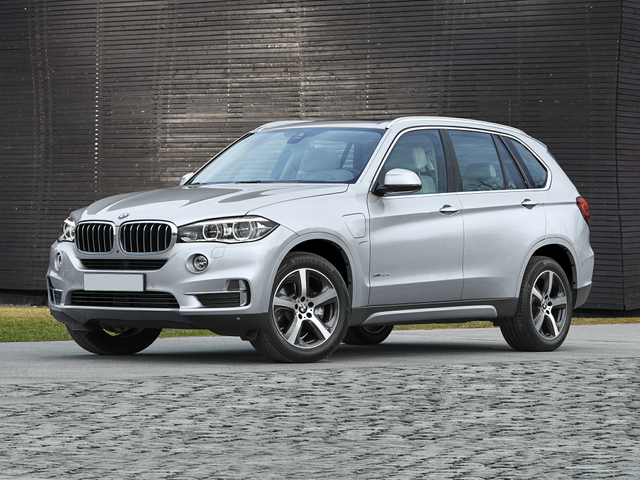 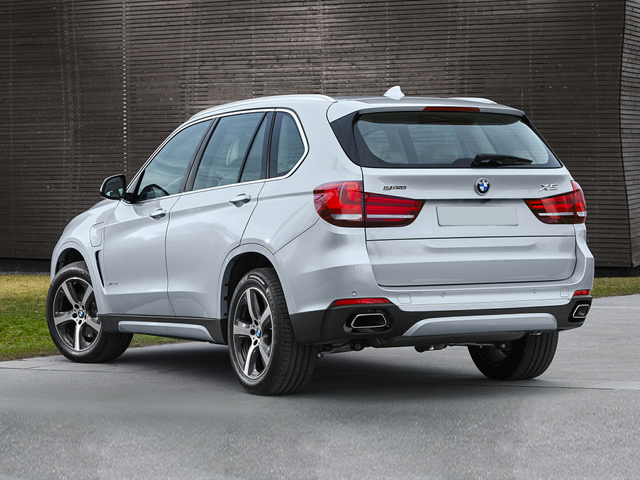 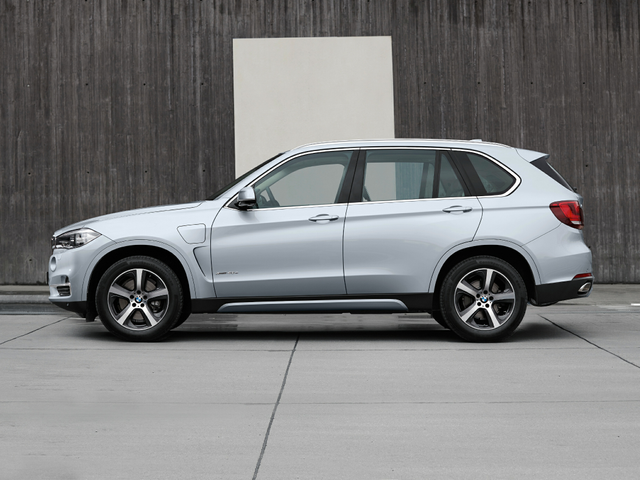 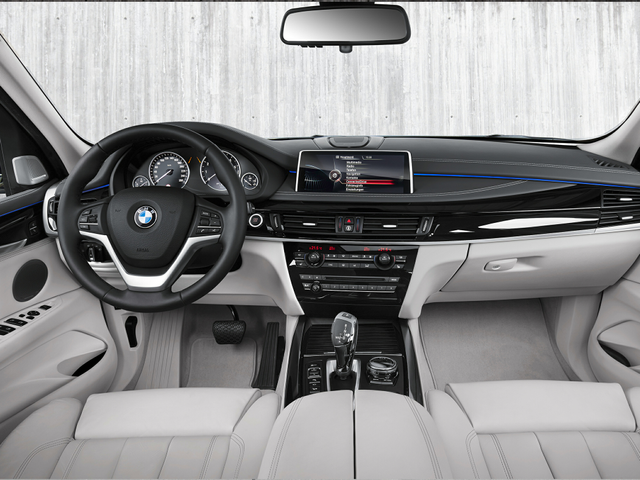 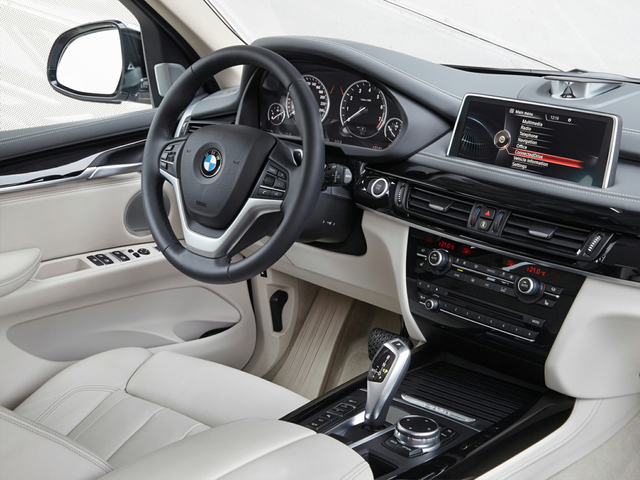 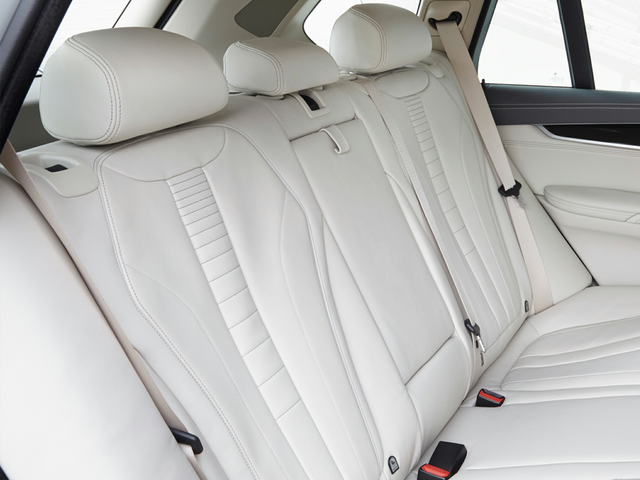