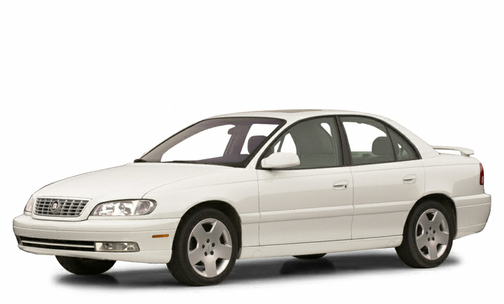 Our 2001 Cadillac Catera trim comparison will help you decide.

Hanging over my desk is one of advertising’s most immortal moments, one that stands in the pantheon of great advertisements. It was written early in the twentieth century and if you’ve never seen it, it’s worth looking up. After a week in a Cadillac Catera, it’s also something that GM executives could stand to read as well.

It’s titled “The Penalty of Leadership” and it was a novel ad in its approach. It spoke of the philosophy of Cadillac, not of any specific Cadillac. I’ll spare you the whole ad, but a few key phrases come to mind. “The leader is assailed because he is a leader, and the effort to equal him is merely added proof of that leadership.”

When this ad was written, Cadillac was just one of many luxury marques. But the quality of the car made its reputation. Today Cadillac is assailing the leaders, and that’s why this ad is one to remember. While driving Cadillac’s Catera, it really leaped to mind.

For three decades, Cadillac has tried assailing German automakers, with mixed results. First it was the original Seville, a heavily reworked Chevrolet Nova. It was successful, but GM management transformed the car into something else entirely, negating the car’s original intent.

Then came the Cimmaron, a Chevrolet Cavalier with Cadillac badges.

What the ad predicted at the turn of the century came true. “If his work be merely mediocre, he will be left severely alone.” Cadillac was left alone, albeit with a parking lot full of Cimmarons.

Okay, so they finally used a German car to go up against German automakers. But they saddled the car with a lame ad campaign. (Surely you remember Cindy Crawford and the duck.) GM tried to hide its true heritage.

You know what happened next: A botched launch and yet another GM car with bargain lease rates. But before you write this car off as just a lame duck, know this. Besides the Corvette, this is one of GM’s best handling automobiles.

I know you don’t believe it, but this year, GM really improved this fine fowl. Caddy has reworked the front and rear ends and both benefit from the new duds.

Up front, the grille is more pronounced, with strong, chiseled character lines on the hood. Newly optional xenon-gas discharge headlamps give the car an up-to-date look. Quarter panels have been redesigned and out back, the massive wall of tail lamps has been reduced to two pods.

Inside, the door and instrument panels get a chiselled, machine-age look, accented with silver trim.

What’s amazing is that the car will get a total makeover in two years. Usually, GM lets a car wither on the vine. (witness Cadillac’s own Eldorado)

The end result is a vehicle that looks more distinctive, although the resemblance to a Saturn endures.The new looks wouldn’t be enough for one to notice, unless there were some mechanical upgrades as well. Flash might be okay for the typical Caddy customer, but not for the import buyer Cadillac is gunning for.

This year sees recalibrated steering, revised rear suspension and an improved braking system as well. The optional Sport trim level, which the test car had, benefits from 17-inch wheel and tires with a large spoiler. You’ll want the Sport package. It makes this car a sheer joy to drive — turn in is crisp, the handling nimble and responsive, body lean is well controlled, bumps are well absorbed. Braking is progressive and strong, very un-GM-like.

The 3-liter double-overhead-cam V-6 is Opel-derived and in the Catera develops an even 200 horsepower and 192 foot-pounds of torque. It’s similar to the V-6 used in the Saturns and Saabs. But it needs more moxie to keep up with the best in this class. The four-speed automatic transmission is the only one available, limiting this car’s appeal to some enthusiasts. What’s worse is this car’s constant do ing to provide more power, proof that more oomph is needed under the hood. It’s like money and sex, you can never have too much.

But power is still decent. Couple that with excellent road manners and an understated exterior and you have the perfect car to drive into Manhattan. You can drive with the agility of a taxi driver and have fun too. Just watch your mouth if you have kids in the car.

Opting for the Sport package gets you more than just a snappy suspension. It also endows front seat passengers with Recaro front bucket seats. They give excellent support, holding you in place while you drive like an Andretti (or at least a distant cousin of an Andretti). Oddly, the seats adjust manually, a shock in a car approaching $36 big kahunas. Also missing was the requisite computer system with miles-to-empty, mpg etc. On-Star is available as an option to help guide you when you’re lost. I had a little trouble finding my hotel. How did OnStar fare? One operator claimed not to have my hotel in her database, while another one did. Oh well.

The rear-wheel-drive Catera has all the requisite safety features, including front airbags, anti-lock brakes, traction control and a winter driving mode for the transmission.

Overall, it was a nice package and an entertaining drive. If this is where Cadillac is headed, that’s fine. While the Catera is special and fun, is it really a Cadillac? GM should revisit what they not only believed, but delivered so many years ago: “That which is good or great makes itself known, no matter how loud the clamor of denial. That which deserves to live — lives.”

Hopefully, the Catera will

Luxury at an affordable price

Handles very well and is in exceptional condition. An opportunity to own a German built car at an affordable price. Will not last long. Opportunity is knocking.

German engineering at a affordable price.

Car is a really fun car to drive. Have a Mercedes Benz 190E as well and they handle very similar. German quality at a price you can afford.

Its a great car... nice size. Sporty and well tuned. I serviced it by the same dealer for the past 16 years since I bought it.

All model years for the Cadillac Catera 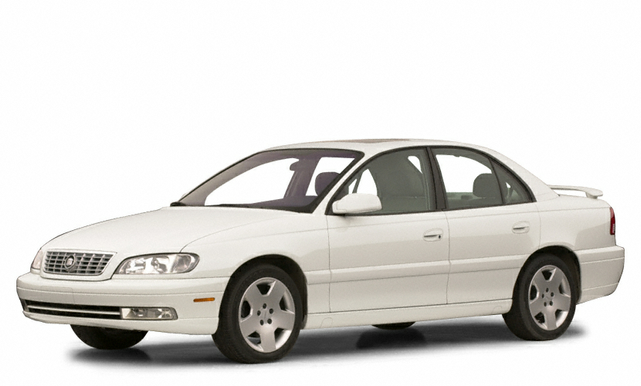 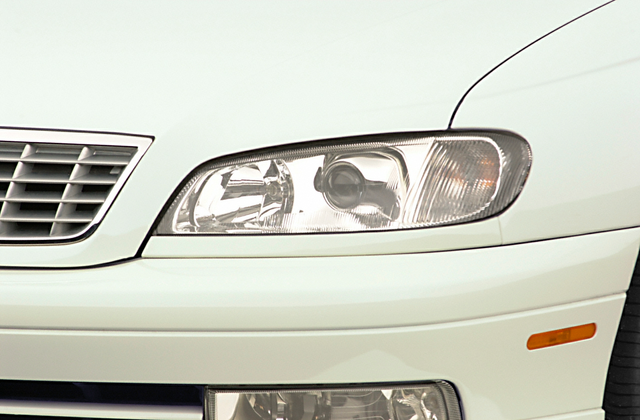 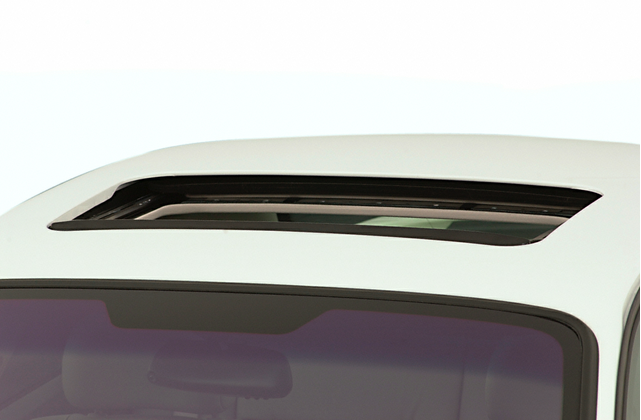 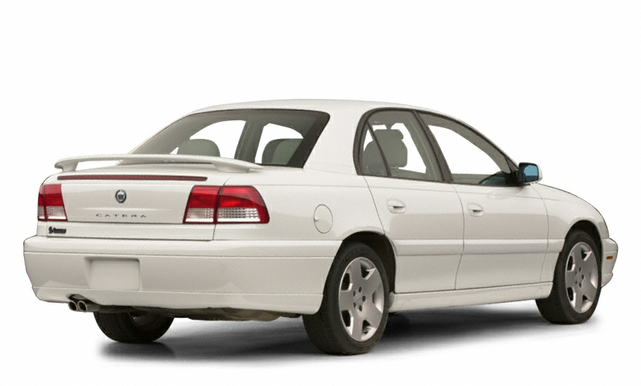 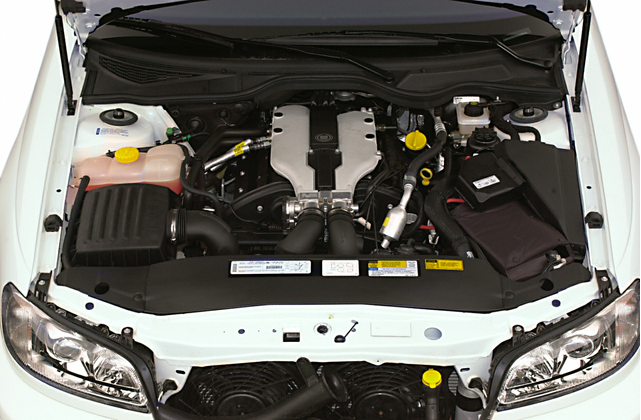 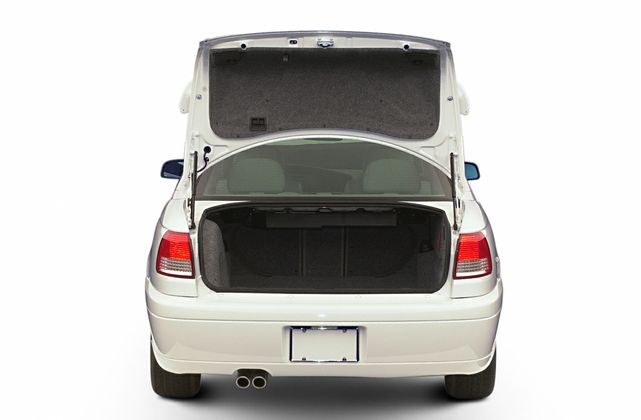 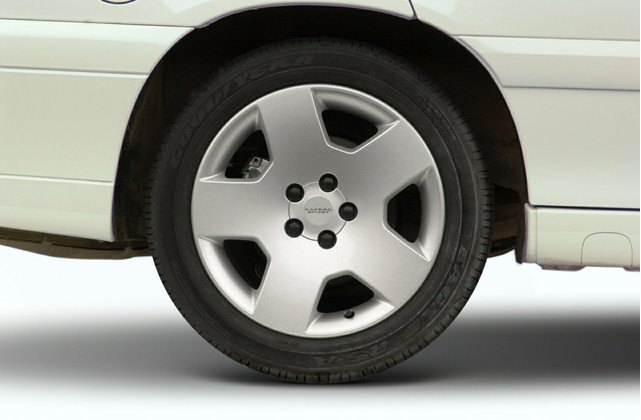 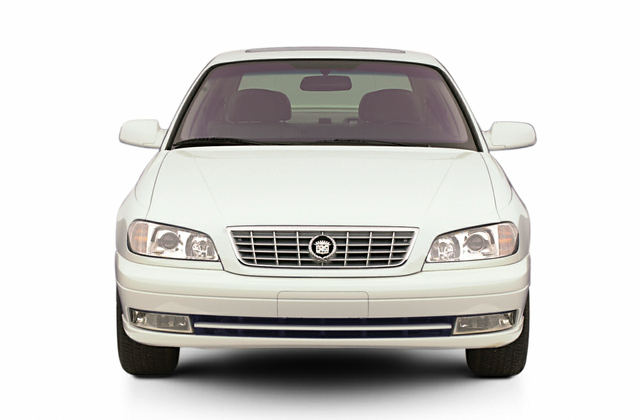 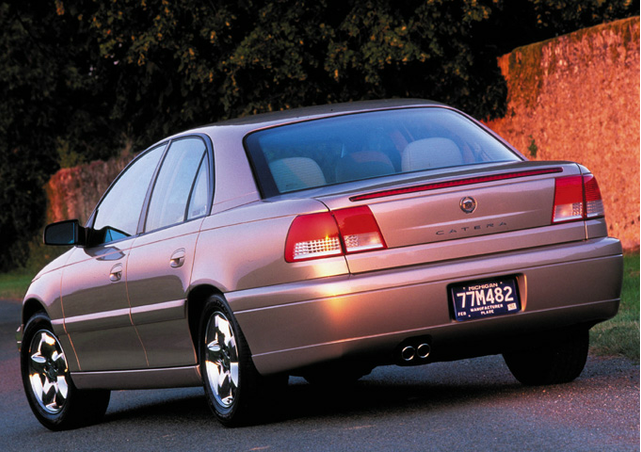 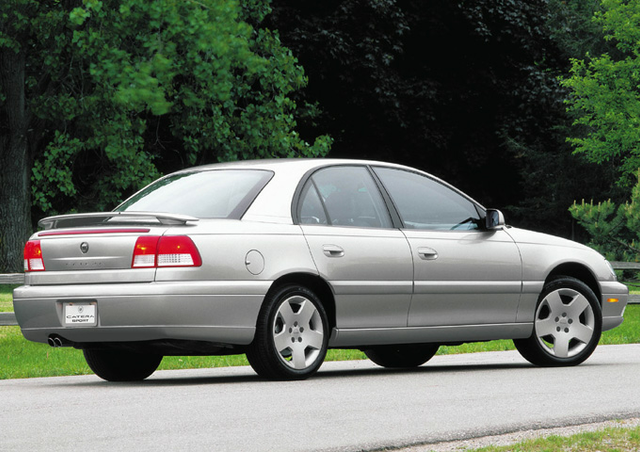 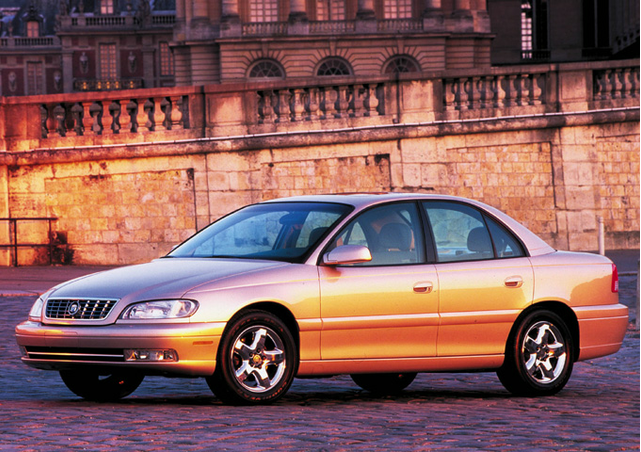 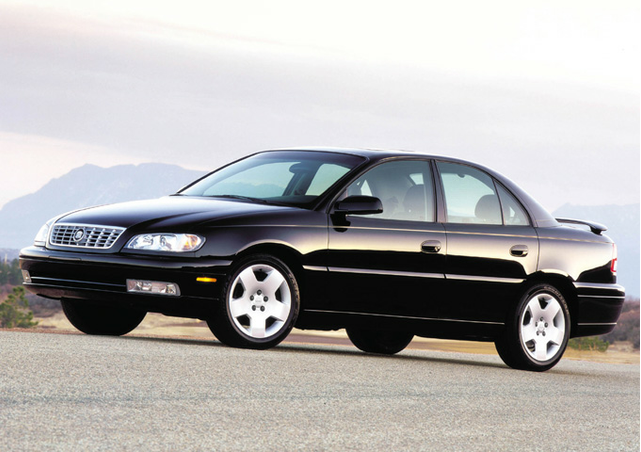 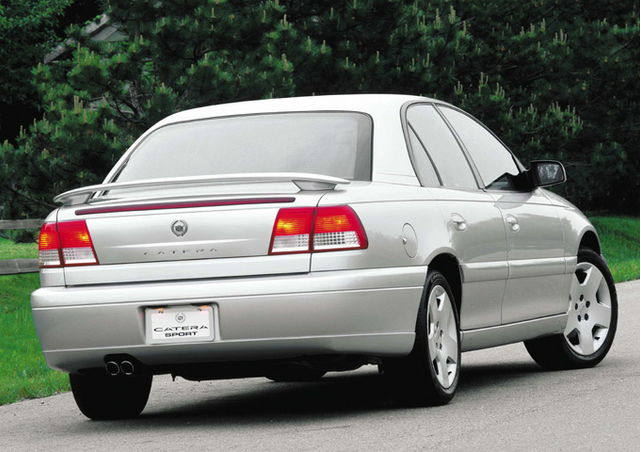 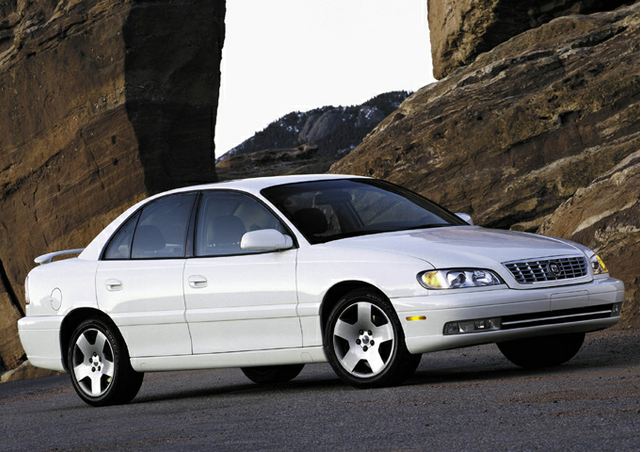 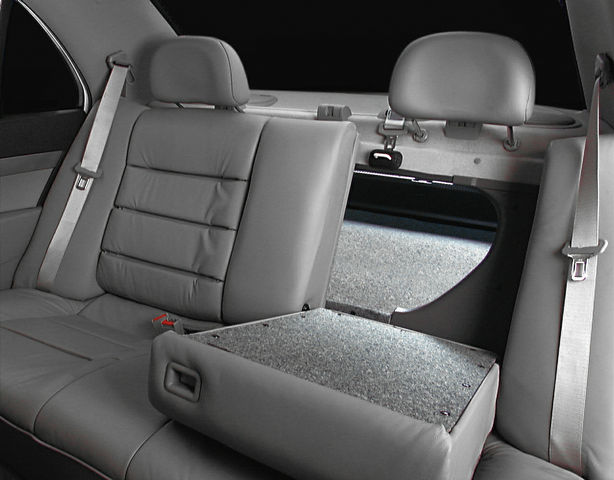 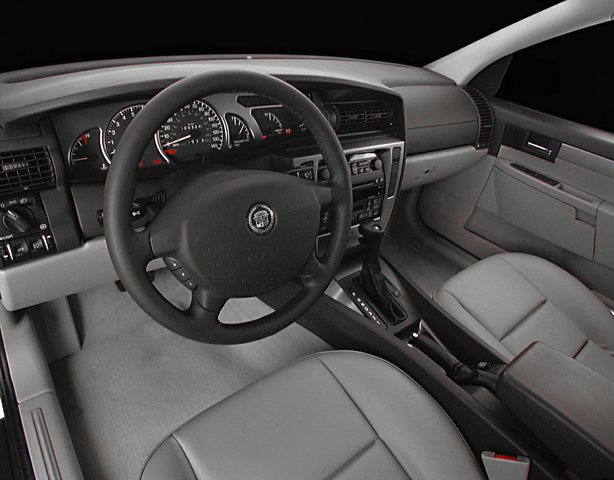 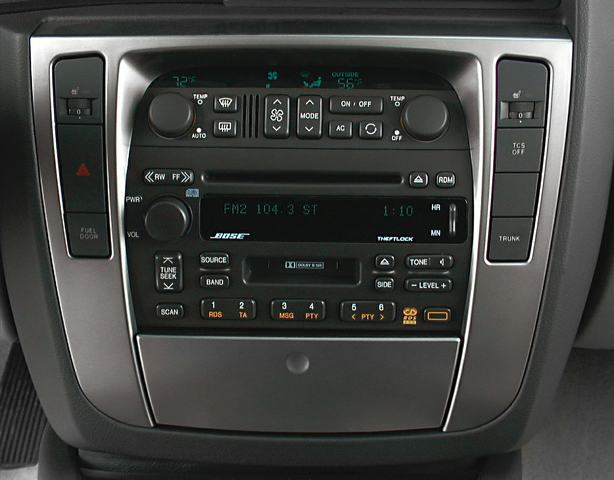 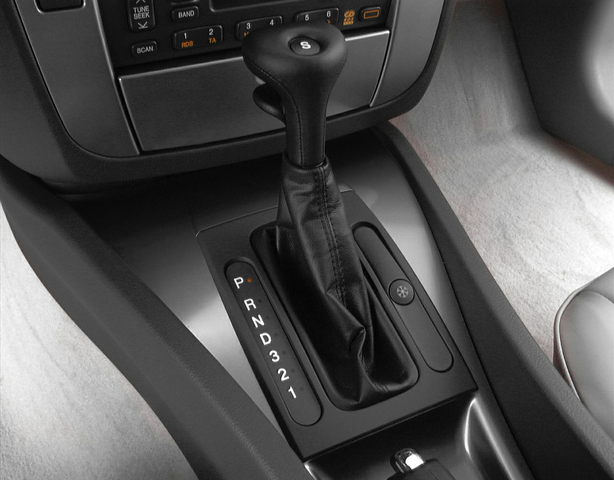 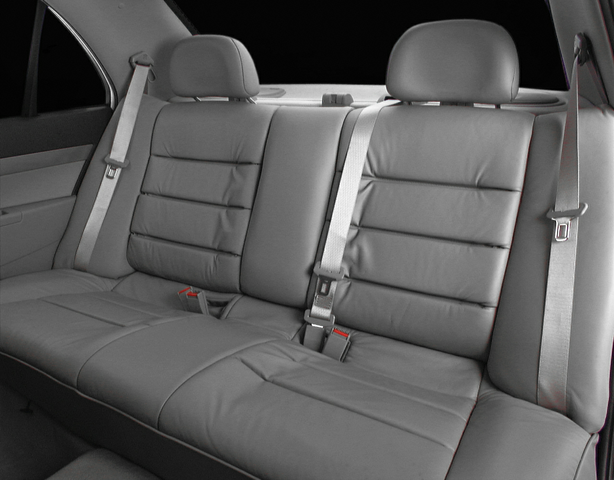 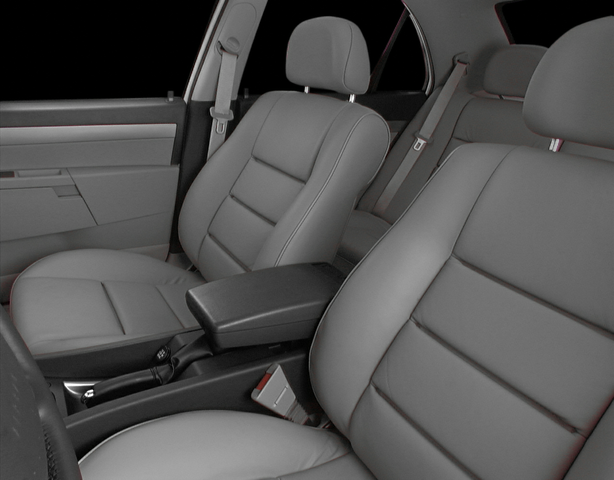 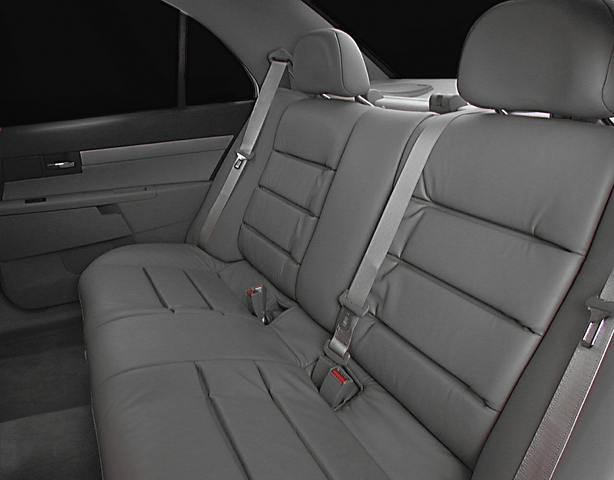