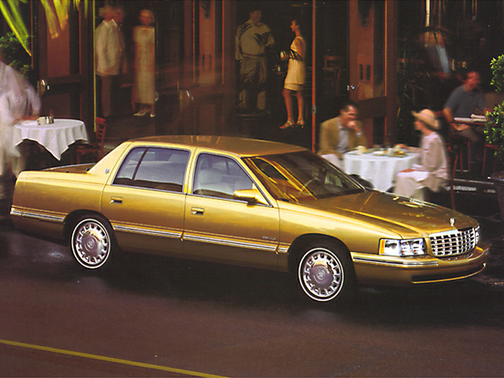 Our 1999 Cadillac DeVille trim comparison will help you decide.

At the turn of the century, Cadillac released one of the classic advertisements of all time, “The Penalty Of Leadership.”

“If the leader truly leads, he remains the leader” says the copy.

The ad never mentioned the car Cadillac produced, rather it talked about leadership, something Cadillac has done for several decades, until this year.

In 1998, Lincoln surpassed Cadillac in sales for the first time. For 1999, Lexus is number one in the luxury field with Cadillac third and Lincoln fourth.

Why is this? Take a look at the DeVille.

Actually, you know the shape by now. It’s the same shape Caddy has been selling at least for three decades. If you don’t think that’s a long time, imagine selling the same basic styling of the 1929 Cadillac in 1959. While it may be acceptable to Cadillac’s traditional clients, it fails to attract younger ones. This will be solved hopefully this fall when a new DeVille arrives.

But, while the styling has all the appeal of an effete lemur, what it hides is a world class drivetrain and a terrific car. It’s like finding Claudia Schiffer hiding in the guise of Jessica Tandy or Tom Cruise hiding in the body of Buddy Ebsen.

Start Cadillac’s truly great Northstar engine. This double-overhead-cam 32-valve V-8 is world class, pumping out 275 horsepower in Base and D’Elegance DeVilles and 300 horsepower in the sportier DeVille Concours. Smooth and fast, this engine moves the Deville with the might of the Spanish Inquisition.

That Cadillac feeds it all of the power through the front wheels means that occasionally there is a tug of torque steer on hard launches, but it’s well-controlled overall.

Hooked to a typically smooth-shifting four-speed automatic, this Caddy lacks nothing in the power department. Certainly it leaves its chief competitor, the Lincoln Town Car, in the dust.

Should a coolant leak develop, the engine can run for 50 miles in a limp-home mode without damaging the engine. An oil monitoring unit measures oil life. No more guessing when to change it.

More importantly is the chassis-control setup Cadillac uses. It starts with computer controlled shock absorbers, which shifts the settings of the shock absorbers depending on what sensors tell the computer about the speed of the vehicle and the position of the wheels in relation to the body. In addition, Stabilitrak, an option on the base and mid-level Caddies and standard on the Concours, measures yaw and lateral acceleration and then compares the input from the driver against what the car is doing. It then stabilizes the car to ensure the driver’s wishes are met.

It’s all tied into the engine. The result is a drivetrain that’s as sophisticated as any in the world. It allows the car an amazing amount of stability, even over the most rippled road surfaces.

Of course, it can’t overcome everything. You migh t find the tail twitchy while going through bumpy corners. But the fact that you can sling this big boy around at all with any gusto might surprise most people.

So too will the interior.

To those of us who grew up knowing only the garish, chrome-encrusted interiors of 70s-era Caddys, the Lexus-inspired interiors that Cadillac has been using for the past few years is a refreshing change. It speaks in the current luxury idiom in a way the exterior does not.

The base DeVille and mid-level D’Elegance come with a bench seat. The Concours has front buckets with a console. The seats are wide and flat, meant more for gentle cruising than fast cornering.

The rear seat is amazingly comfortable and roomy, with two illuminated visor vanity mirrors and lots of stretch-out space.

But the special option that will surprise everyone is Cadillac’s massaging seat. This is an option in the best Cadillac tradition, like the Twilight Sentinel. Tapping on the lumbar support button startst he massaging feature. The lumbar in the seat rolls up and down for 10 minutes. Being a total hedonist, I couldn’t resist trying it. The feel is like the seat is breathing. Whether other automakers will pick up this feature is anyone’s guess.

The audio system, like so many other parts of the car, is also sophisticated. The radio features a radio data system or RDS. It allows the radio to receive data transmitted from a radio station, such as call letters and format. It can include other data such as stock quotes or traffic information. Few stations in the area use the technology, but Cadillac was the first domestic automaker to use it.

It’s clear that Cadillac is trying to become a technological force to be reckoned with and that it has the ability to do this isn’t in doubt.

A drive in the DeVille Concours will prove that. But Cadillac has to outpace everyone, like it once did.

Their own ad tells the story. “That which is good or great makes itself known, no matter how loud the clamor of denial.” But image is harder to change.

Styling will be taken care of, certainly the technology is. But Cadillac has to change the little things that turn off younger buyers such as the tacky gold keys or hokey model names like the D’Elegance.

For under the same old thing is a great car, hiding in outdated styling sized XXL. If the styling doesn’t bother you, try this traditional slice of large American luxury car — a surprisingly adept large car that coddles in the best Caddy tradition.

I am heart broken 💔

As a child I dreamed of this car. I wanted one for years because of how it looked and with modifications like rims and speaker space in the trunk, it looked even greater. I finally got this car for $2,800/80k miles. It drove so smooth!. The heartache started when I had to replace so many parts. The heater core is made of plastic and it broke on me one time when I was driving causing 280° coolant to go thru the firewall located on the gas pedal, burning my foot. I had to go to the hospital and took me 2 months to recover. I fixed the heater core. It took me 8 hours to replace because of how complex the engine layout is. After that discrepancy, more cooling problems occured. I changed the radiator 3x, fans 2x, alternator, coolant reservoir, battery. The oil burns too fast on this car. Finally, at 92k miles, my car started over heating worst due to the head gasket being cracked. I gave up on my beautiful Cadillac because of the headache and heartache I had with it. Tried selling it for $1000 but no one wants to give me the money. I have only been offered $500 for it. Such a beautiful classic car, but I only recommend the car for it's beauty. Other than that, this car is only good for looks and it's aesthetic look.

October 4, 2020
By PipDog from Hermitage, TN
Owns this car

This has been a GREAT car. I'll miss it.This only reason I'm selling it is, I don't have a need for it any longer. It's got some extras included. Full size spare, car cover, Draw-tite hitch.

You see it you'll buy it on the spot!

Most comfortable and reliable car you have especially for around town. EVERTHING WORKS. This car was pampered from inception of ownership. Not a mark on the car, all servicing is up to date and it is ready to go to a new home anywhere in the US.

Rating breakdown (out of 5):
4 people out of 5 found this review helpful. Did you?
Show full review
See all 31 consumer reviews 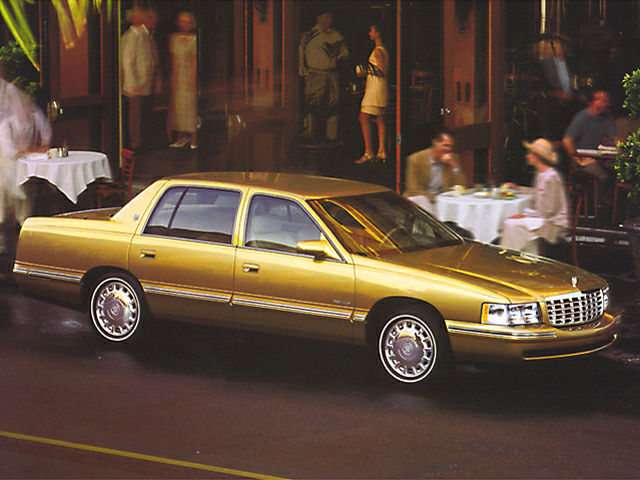 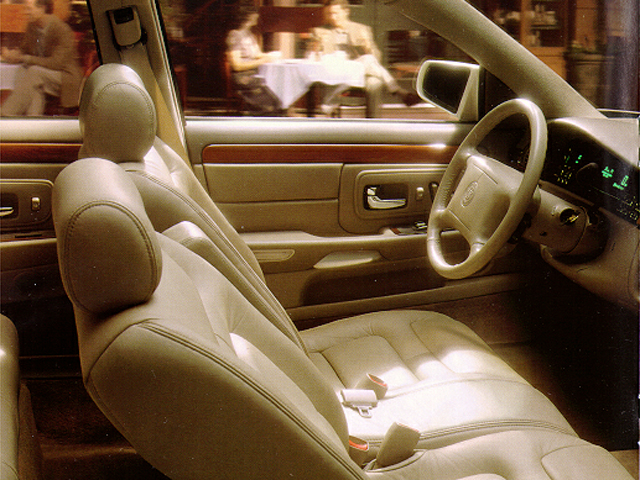