Our 2002 Cadillac DeVille trim comparison will help you decide.

Even the longest journey, it is said, starts with a single step.

Cadillac has taken that step, though admittedly a small one, by slipping past Acura into fourth place in luxury-car sales through July from fifth in May.

But the luxury-car maker still has to journey past BMW, Lexus and Mercedes-Benz to regain the top spot it last held in the 1998 calendar year.

Credit the Escalade sport-utility and Escalade EXT sport-ute/truck as well as the CTS sedan for helping Cadillac gain sales momentum. Escalade sales are up 36 percent for the year, and CTS sales are up 134 percent from last year when Cadillac was selling its predecessor, the Catera.

After years of promises that it was going to revamp its lineup, Caddy has delivered with Escalade and CTS attracting some folks into showrooms for the first time and old folks back after a lengthy absence.

The snub by the old folks is one reason–all the added competition the other–that Caddy is on the outside looking in when it comes to dominance in the luxury segment.

Escalade and CTS will be followed by a host of new vehicles–the Escalade ESV, a larger SUV, early next year as a 2003 derived from the Chevrolet Suburban (the current Escalade is derived from the smaller Chevy Tahoe); the SRX, a so-called sport-activity vehicle crossover; and the XLR roadster for ’04; the next-generation Seville sedan for ’05; and the next-generation DeVille for ’06.

Unfortunately, DeVille, the last of the remakes, is the volume leader. Caddy loyalists, not to mention Caddy insiders, are frustrated by having to wait for the flagship to get with the program.

But with Escalade and CTS here and SRX and XLR coming soon, it’s not that Cadillac will be without toys to attract folks into showrooms–and most of those folks are expected to be younger than traditional DeVille owners awaiting the ’06 transformation. The average DeVille buyer is 64 and 60 for DTS.

We tested the ’02 DeVille in DTS version, which was all new for the 2000 model year. The luxury sedan is a showcase for technology.

The 4.6-liter, 300-horsepower Northstar V-8 engine is smooth yet powerful. The mileage rating is 18 m.p.g. city/27 m.p.g. highway. GM plans to offer displacement-on-demand technology in V-8 engines that would shut off 4 cylinders at cruising when not needed to conserve fuel.

While it would help a vehicle the size of a DTS, it first will be offered in full-size trucks that need it most beginning in the 2005 model year (Cars, July 4) and then spread to full-size SUVs before reaching full-size sedans.

But we digress. Northstar comes with a starter-disengage fe ature. If you mistakenly turn the key while idling, the starter disengages to prevent that embarrassing metallic screech that brings neighbors out on the porch to giggle at the offender.

Continuously variable road-sensing suspension smoothes ride and complements handling by adjusting the suspension to compensate for flaws in the pavement under your 17-inch, all-season, radial tires.

There’s StabiliTrak along with all-speed traction control to prevent slip, slide or skid by sensing oversteer or understeer or unnecessary lateral movement to keep you pointed in the right direction.

You feel weight in the wheel, but at all times you feel in control of it and don’t sense it as unruly bulk. Smooth, quiet, comfortable, just not the most fashionable looking machine on the road–at least not as sit-up-and-take-notice appealing as the CTS. Have to wait for ’06.

In case there still is a problem, you get the OnStar emergency communication system, which can perform a variety of functions, from pinpointing where you are via global positioning satellite and sending help, to unlocking your doors if you accidentally leave the keys inside.

The system also automatically summons medical help if a front or side air bag deploys. Starting in 2004, GM expands that service to summon help when struck front, side, or in the rear–whether a bag deploys or not. It also will alert 911 and give it data on the speed of impact and where your vehicle was struck so emergency personnel can determine the extent of possible injuries to help rescuers plan for treatment. OnStar has a monthly subscription fee of $16.95.

In addition, the DTS comes with such comfort features as 10-way power seats with power massaging lumbar control, heated front and rear seats, climate control, AM/FM with cassette and CD player and power-activated everything.

The test car also came with a comfort/convenience package for $1,985 that adds rear side air bags and ultrasonic rear parking assist that beeps to warn you of an object behind when backing up or parking.

And it came with Night Vision at $2,250, the infrared heat-imaging system that shows images of objects in the road ahead–vehicles, humans or animals, anything that gives off heat–along the lower windshield in front of the driver regardless of darkness or foul weather.

(Ford is developing a Night Vision system that shows objects in color while GM’s shows them in white on black like picture negatives. But while GM shows those images on a large area low on the windshield glass so you don’t have to take your eyes off the road, Ford shows them in a small area on a screen in the instrument panel, which requires you to move your eyes.)

Caddy has spoiled owners with a high-tech security blanket. When road-sensing suspension, StabiliTrak and traction control function as designed to keep the motorist out of trouble, the driver is unaware they are working and is led to believe that he or she is an alert, focused motorist with above-average skills.

But despite all those sophisticated goodies, what system caught our fancy? The new XM satellite radio system that offers 100 channels of coast-to-coast digital sound.

It was nice to travel 330 miles without radio static or commercial interruption while alternating between nonstop ’60s music/comedy.

We cheated a couple of times and pushed the button to slip up into the ’70s, ’80s and ’90s stations, but as the decades went up, words switched to wailing and it was back to the Beach Boys and Cosby.

XM runs $295, plus a $9.99 monthly fee. Only drawback is that like satellite TV, there’s more quantity than quality and of the 100 stations offered, about 90 have no appeal.

XM is offered on t he DeVille and Seville for ’02 and on all Cadillacs for ’03.

Bought my 02 DeVille 3 months ago now, despite all my mechanic friends warning me to stay clear of northstar power plant due to their bad rep of blown head gaskets, eating oil, gasket leaks and just being generally hard to work on (ie. starter located under intake manifold) with complex electrical systems. I love the styling and with a perfect body, 9 code engine that was unbelievably healthy for 151k mi, I handed the previous owner the $1800 cash he was asking about 2 min after test ride I needed to check the vin. Awesome car

RAN GREAT SINCE BOUGHT NEW - 19,960 MILES NOW WILL KEEP FOR A WHILE. RAN GREASINCE I BOUGHT IT AT MARTIN CADILLAC. ALSO HAVE A 2004 CADILLAC DEVILLE 40,000 MILES ALSO RUNS GREAT

Rating breakdown (out of 5):
6 people out of 6 found this review helpful. Did you?
Show full review
See all 39 consumer reviews 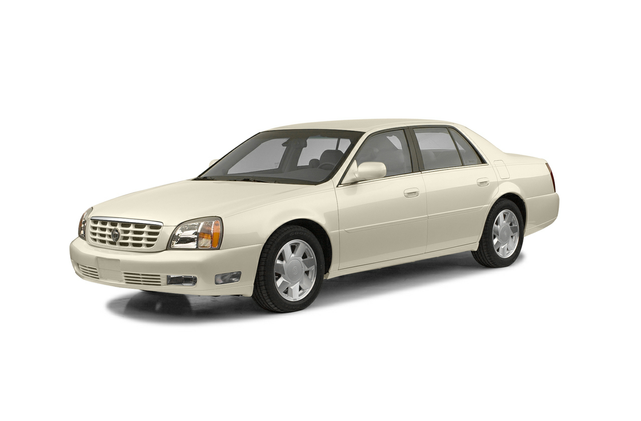 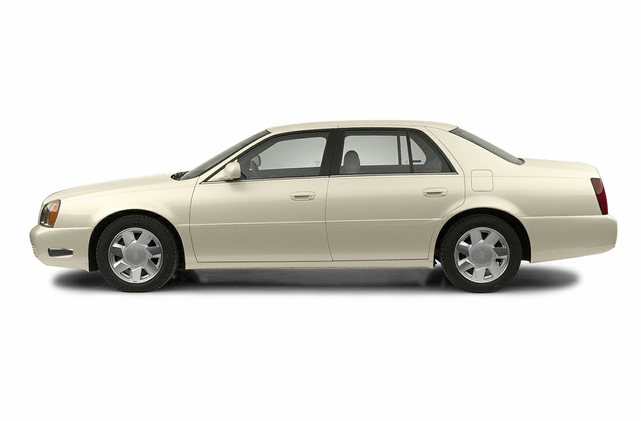 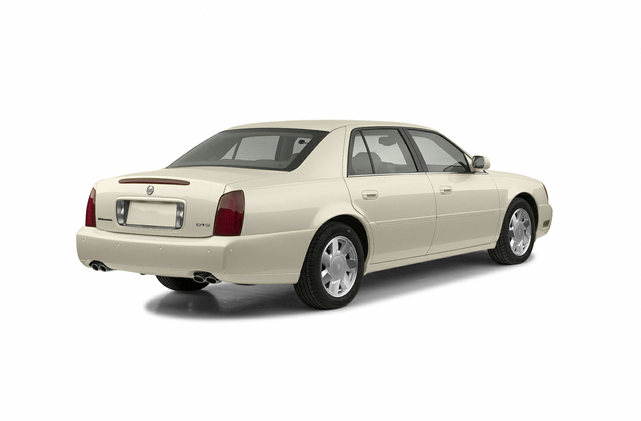 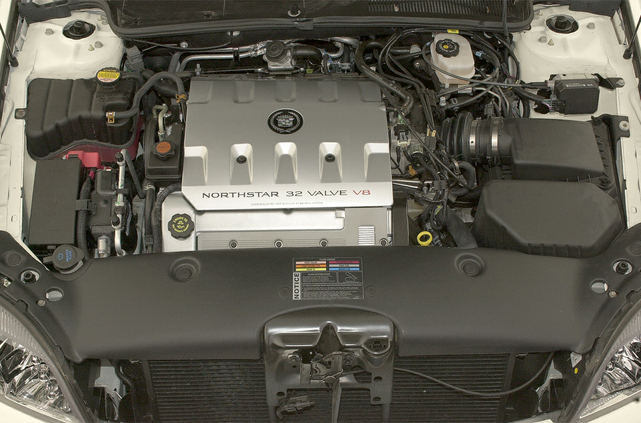 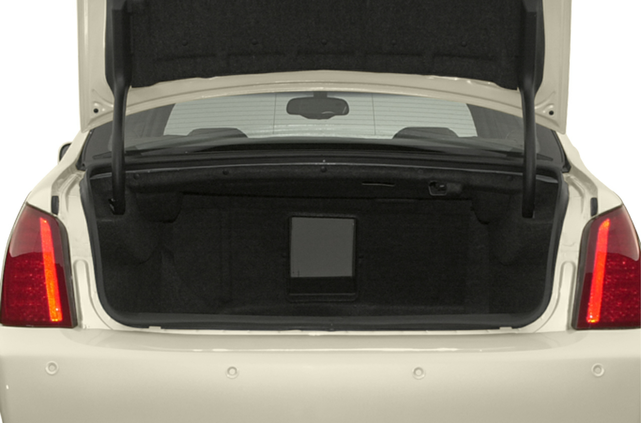 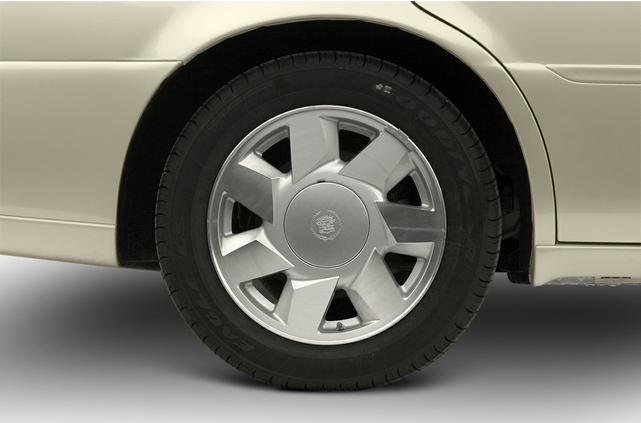 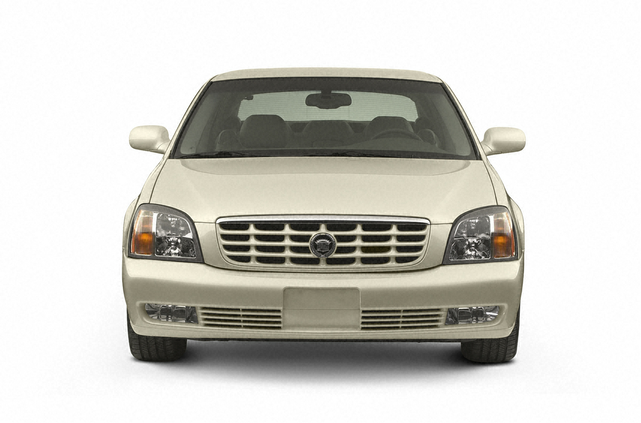 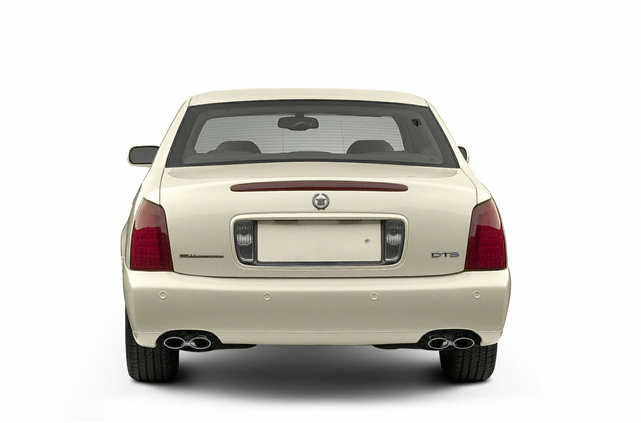 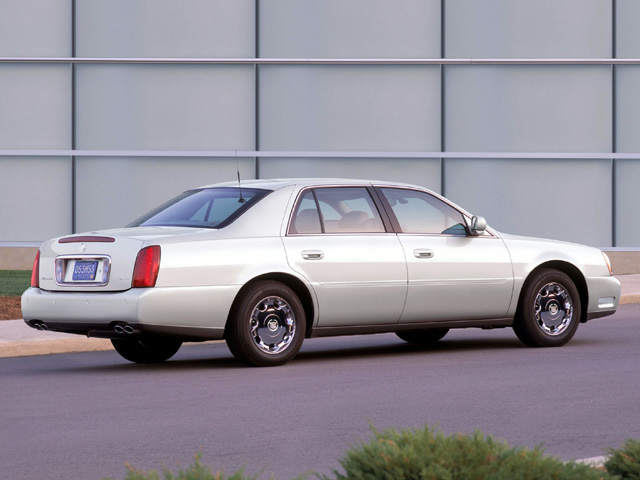 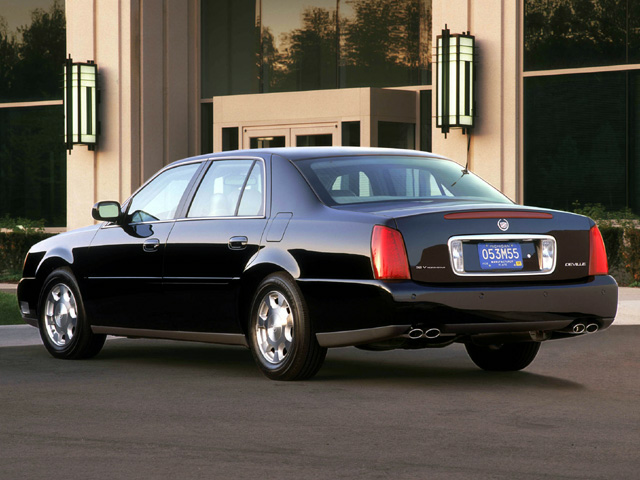 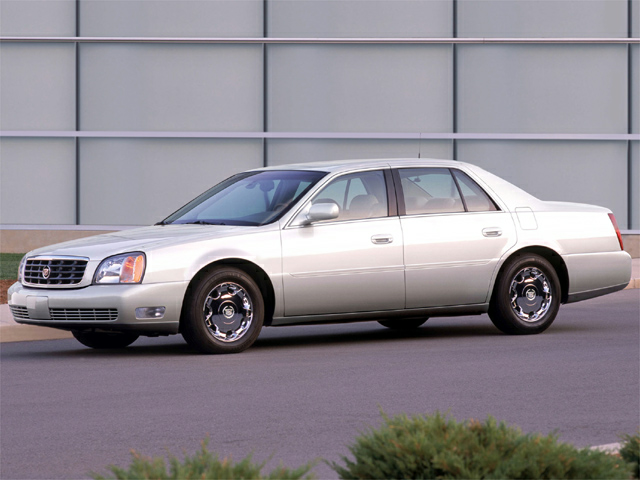 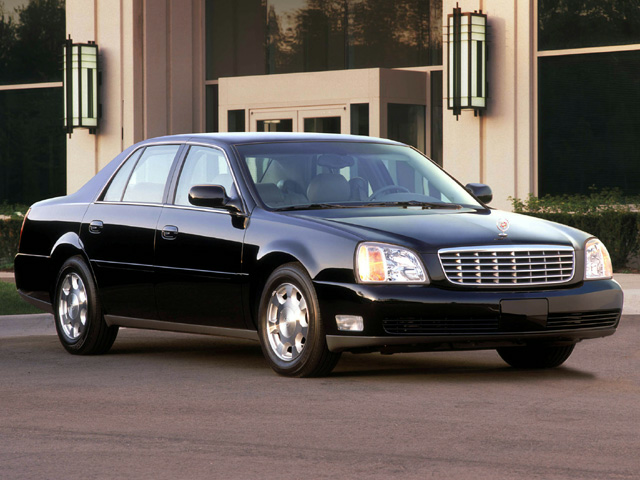 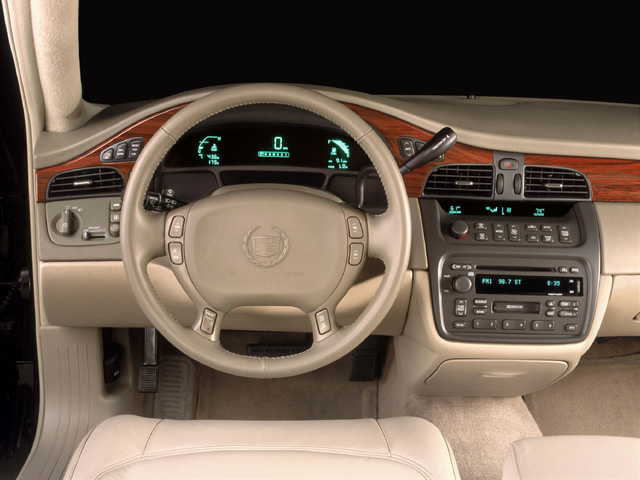 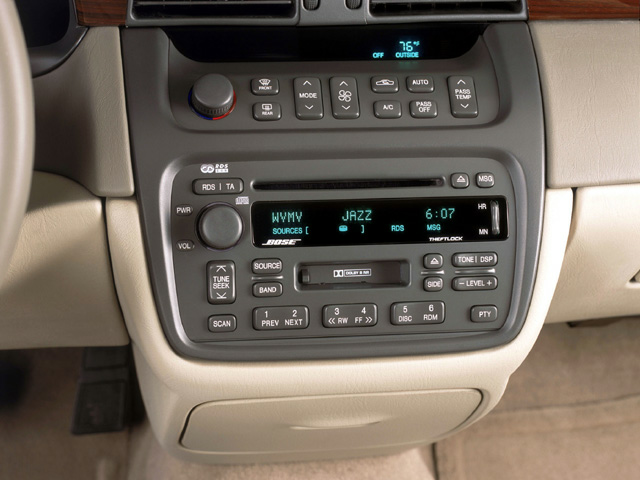 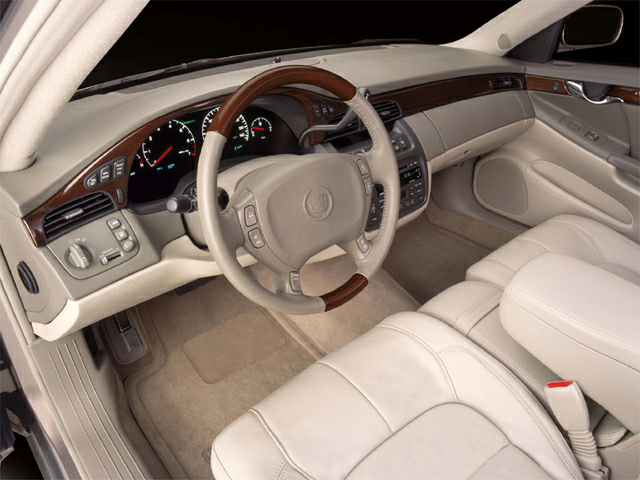 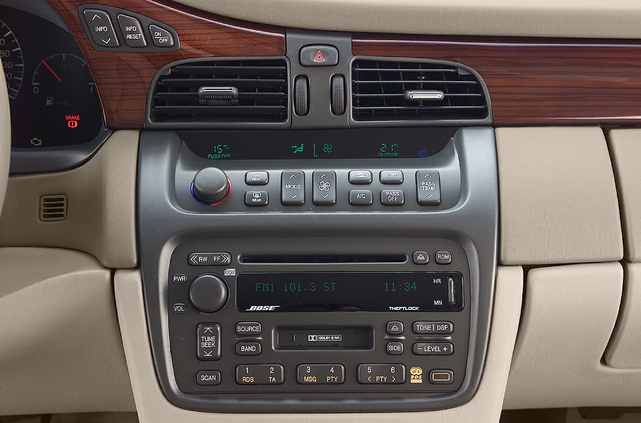 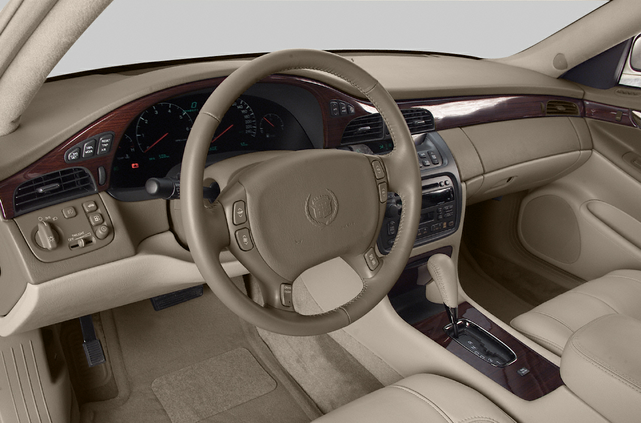 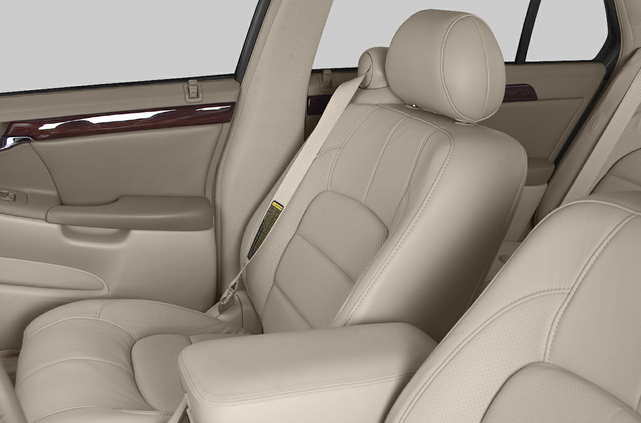 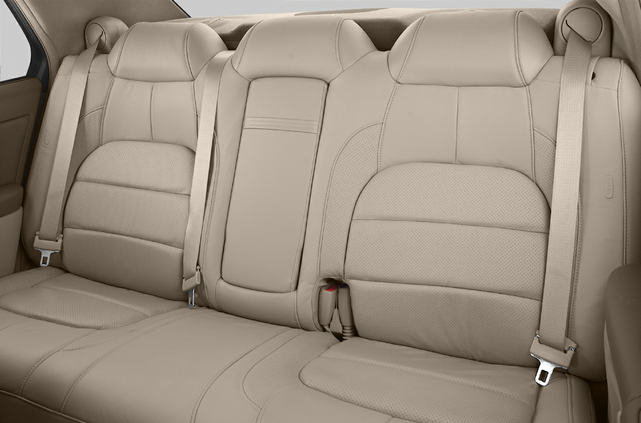