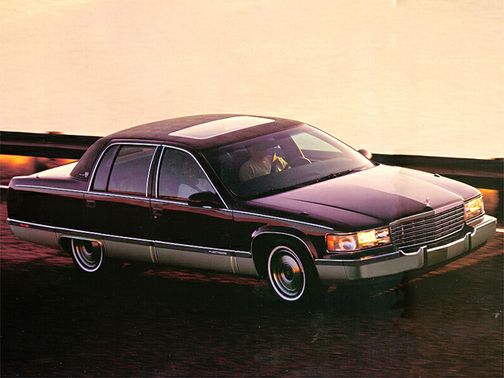 Our 1995 Cadillac Eldorado trim comparison will help you decide.

In the old days, it was the Cadillac Coupe DeVille that bore the mantle of “The banker’s hot rod.”

Today, it’s the 1995 Eldorado Touring Coupe, a luxury, sports-oriented performance vehicle that far surpasses anything ever done with the big luxo-boats of yesteryear.

The Eldorado, which has been part and parcel of the Cadillac line since big was considered grand and bigger grandest, now is a slimmed-down set of wheels that embraces performance shielded in the velvet glove of luxury.

The ETC, as the coupe is called, is the Eldorado model that whets the appetite of drivers. It’s a luxury car with a certain degree of aggressiveness, courtesy of upscale technology in the engine, suspension and drivetrain.

The first Touring Coupe made its debut in 1992 with Cadillac’s trustworthy but hardly exciting push-rod/rocker-arm V8 and a boulevard-style ride favored mainly by the more matronly.

In the following two years there were upgrades in engine and suspension, and for 1995 drivers have a really sharp rig.

There’s 300 horsepower under the hood. A road-sensing suspension system keeps all four wheels on the ground, on rough pavement or smooth.

A new system integrating anti-lock braking with traction control and a steering-angle sensor optimizes stopping and cornering traction. A computer- controlled shock-absorber system creates a soft or firm ride, depending upon road conditions and vehicle speed.

With all these systems and components functioning as a unit, you have a car you can really drive. That’s what we did with the ETC that General Motors’ Terri Phillips provided for a test car.

The coupe is one of those rare machines that make you feel at home the first time you sit behind the wheel. It’s like putting on a familiar old coat — everything feels warm and comfortable.

In an Eldorado with all the power accessories and adjustments at hand, it’s virtually impossible not to find a comfortable driving position — and finding one is recommended. You want to feel like part of the car when going fast, because these things top out at 150 miles an hour.

The luxury of woods, leather and full analog instrumentation was expected. I hadn’t driven an Eldorado in two or three years, yet it felt like it was only yesterday. Everything just seemed to come to hand.

All controls are grouped around the driver, who doesn’t have to flounder around to activate buttons or switches. An electronic driver information center tells you everything going on with the car. And convenience items include storage bins, cup holders and an overhead console for a garage-door opener or sunglasses.

There was even an electronic compass for an extra hundred bucks, just in case you got lost in the wilds of Indianapolis.

The Eldorado has been a prime beneficiary of Cadillac’s now-fabled 4.6-liter (279-cubic-inch) V8. This is a world-class engine as good as anything being produced by anybody, domestic or foreign.

With its four overhead cams and four valves per cylinder, t he Northstar motor is the heart of a system that unites engine, transmission and chassis.

The power is up five horsepower from the 1994 version by virtue of refinements to the intake manifold. That takes it to a level that induces torque steer (pulling to one side) for the front driving wheels during full-throttle acceleration from a standing start.

The transmission is GM’s advanced 4T80-E electronically controlled four-speed automatic, which features equal-length driving axles to limit torque steer. But when those 300 horses paw the ground on a standing start, the driving axles don’t get rid of the torque steer completely.

In high-speed maneuvering, the coupe felt like it was on rails, in part due to a speed- sensitive chassis control system, speed-sensitive steering and Z-rated rubber that put down a tire print that looked like it belonged to Bigfoot.

I ran the car just beforethe recent snowfall, so I didn’t get a chance to try it in bad weather. But the standa rd Goodyear Ea gle GA Z-rated P225/60ZR 16- inch all-season tires get a huge bite on the pavement. It translated into excellent tractive effort whether accelerating or braking, and it should let the car plow through the white stuff.

The ride of the coupe was relative to the speed and the condition of the road surface. Wheel dampening leaned just slightly toward the firm side, but never was harsh or uncomfortable. It took some pretty rough pavement to experience vibration in the driver’s compartment.

From its inception the Eldorado was never designed to be an econobox, and the 1995 ETC is no exception.

You’re looking at something around $43,000 to drive one of these things off the showroom door. But you’ll drive a luxury coupe that will “lux” with the best of them. And if the urge to play Mario Andretti strikes, just lean on that throttle and steer.

Nice ride, hesitant to buy even a Caddy, not rich.

I've had it since it was new-looks and runs great

well-it's a two door-I stay out of the back seat-lol-cool ride-love it-in 25 years I've replaced the thermostat, did a brake job and bought one set of tires-looks as good as the day I bought it-

Most comfortable, Classic ride ever!

I feel like 1 million bucks when I drive this beautiful classic car. It is wonderful to take on long trips because it is so comfortable iand the automatic heat and air system keeps it perfect temperature at all times!

All model years for the Cadillac Eldorado 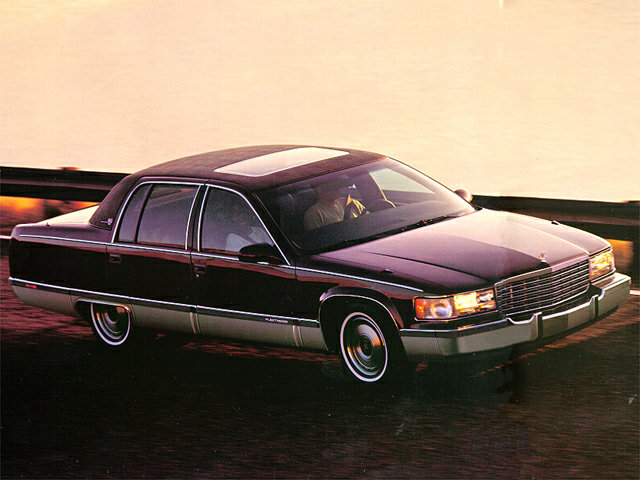