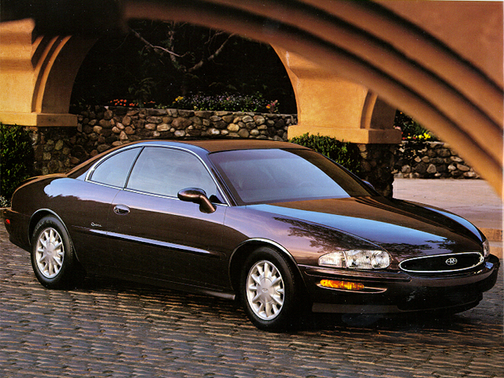 Our 1995 Buick Riviera trim comparison will help you decide.

Buick Motor Division has gotten a lot of mileage out of that Mediterranean vacation spa known as the Riviera.

It has been a premium luxury coupe ever since its introduction 32 model years ago. And there’s nothing about the completely redesigned 1995 Riviera to change that.

The new 2-door is one of those vehicles designed for a multitude of tastes, with something for everybody. Neither a rocket ship nor sedate transportation for the senior set, the Riviera offers speed and handling wrapped in comfort and convenience.

It follows the bigger is better theory, being almost 9 inches longer and 2 inches wider than the Riviera it replaces.

In the Riviera that General Motors Corp.’s Terri Phillips provided for a test drive, this aerodynamic form held wind noise to just above a whisper at speed.

Since the beginning, Rivieras have had all the toys, and the 1995 model is no exception. All major driver assists are standard, with some extras available in a prestige option package.

Included in the test car’s prestige package were traction control, automatic mirror controls, wheel-mounted stereo radio controls and the like.

The $1,100 package only adds 20 horsepower over the non-supercharged 3800 engine. However, it ups the torque some 45 foot-pounds, and when that comes on line when pulling away from a light, it makes you forget about the money.

The V6 is a proven power producer, as evidenced by its participation in the Indianapolis 500-Mile Race. But I still think that from an image standpoint, a Riviera ought to have a V8.

The transmission, of course, is a four-speed automatic that shifts with impressive smoothness. The only thing wrong with it is the shift points are set to low. The transmission shifts gears before the engine speed gets high enough to show some muscle.

If you really want to go, you shift the four-speeder manually. That will put 0-60 mph into the seven-seconds bracket. Letting the computer do it lands you in the eights. Still, that’s better than the standard V6, which takes just a tick under 10 seconds.

The Riviera’s other performance characteristics tend to fall under the heading of a continental tourer rather than a sports coupe.

The ride was great and the road manners quite predictable. It’s an excellent example that you really don’t need a rally suspension unless you want to emulate Formula I types through the hairpins.

In traffic, the car was highly maneuverable. Thanks to a speed- sensitive power-steering system, it took only minute movements to change lanes. And to pass, just punch the throttle and you’re gone.

The interior of the coupe is designed more for fine motoring than high performance.

The decor was on the elitist side. And the wide, front individual seats and spacious leg and head room mean you could ride all day with minimum fatigue.

Access to the rear seats wasn’t as convenient as with a four- door.

The 1995 Riviera is more than the equivalent of Rivieras of the past. I’d say it’s better, and probably will be better still the day they put a V8 in it.

I bought mine new in 95. While it was anything but a "low maintenance" or "low repair" vehicle (too long a story but suffice to say the car is on its 3rd engine and 2nd transmission), I quite honestly have never seen a car I like as much in terms of exterior design. I am currently in the process of looking for a replacement but will always have a special place in my heart for this car. Great ride, great traveling car. Great trunk capacity. I have surely had a love/hate relationship over the decades but every time I look at it I like it as much as the first time I saw it. There will never be another like the Riviera.

June 25, 2019
By GranolaJones from Neenah, WISCONSIN
Owns this car

Exceed my expectations, great everyday vehicale, great for the kids, vacation, very reliable, handles excellent in the snow, overall just a good car to own.

Just purchased and getting used to it still

we almost bought one of these when they were brand new , but decided not to ,when we found this on we had to have it with 160,000 miles it runs great and rides smooth , I thought the gas mileage would be better than 21 though , but still it's the best looking car out there besides our 69 GS of course ! 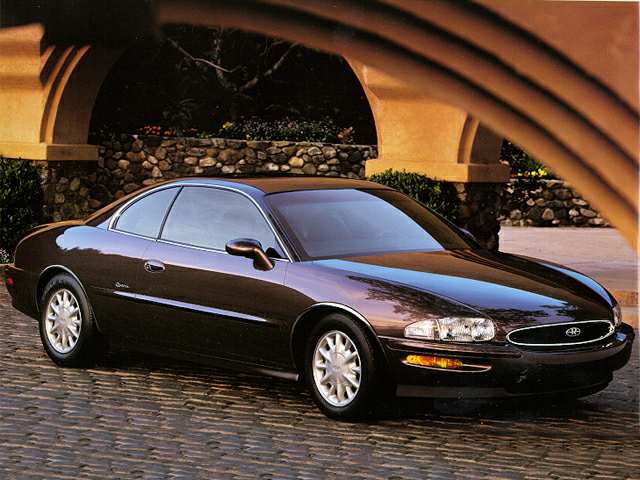