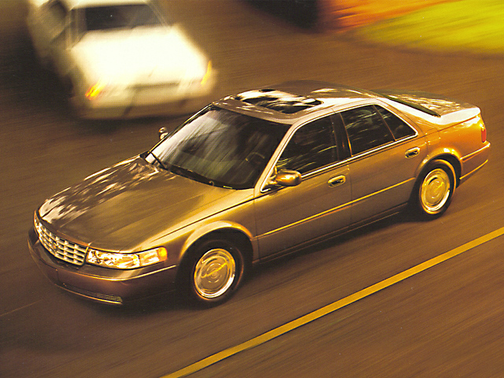 Our 1998 Cadillac Seville trim comparison will help you decide.

The open road is the ideal place to discover the virtues of Cadillac’s redesigned Seville Touring Sedan (STS), so it was with anticipation and excitement that I merged onto Interstate 10 at Baton Rouge and headed east to New Orleans, a southern American city overlayed with European character.

Like New Orleans, the STS is a mix of cultures. It can be as spicy as Creole hot sauce or as coolly elegant as European architecture. But what makes it a road-car extraordinaire is the way it drives, like an amalgam of Tokyo, Detroit and Munich. It wafts down the road as quietly as a Japanese car and holds the road with the tautness of a German car, yet it bulges with 300 American horsepower from its Northstar V8.

The redesign, now based on the third generation of the G platform used for the Oldsmobile Aurora, is so evolutionary that unless you have a sharp eye for detail it is hard to distinguish the new model from the old. I wish it were bolder, more of a departure from the past car. What you can’t see are significant changes: The wheelbase is longer, the overall length is shorter and the track is wider. The interior is more spacious, too, and much better finished. Best of all, it now possesses the kind of polished performance found in high-class cars.

In keeping with its multi-national personality, Cadillac expects this car to have international appeal, which is why export versions for Europe and Asia are available with right-hand drive.

For those who want a softer ride, more luxury and less horsepower (275), there’s the Seville Luxury Sedan (SLS). We chose to stick with the STS because it best captures the character Cadillac was trying to achieve.

My wife and I were on vacation and through the good graces of Cadillac, we were able to log more than 1,200 miles on an STS, a car that has been in short supply since late last year when it was first introduced. It barreled along the bayous in lounge-chair comfort, yet it tackled the twisting mountain roads of northwestern Arkansas with the quiet aggressiveness of a German sports sedan.

The 4.6-liter Northstar V8, which has been around since 1992, is a terrific engine. This year it is quieter and smoother. Accessories, such as the water-cooled generator, are mounted directly to the engine block to eliminate vibration, and resonators were added to the intake tract for less noise under full throttle. It doesn’t feel quite as raucous as before, nor as fast, but certainly more refined. Cruising at 75 most of the time, it averaged 20.9 mpg according to the built-in trip computer.

The STS is an electronic bonanza. Not only does it have traction control and anti-lock brakes, but it also has a continuously variable suspension and StabiliTrak. StabiliTrak uses a combination of sensors, computer processor and brakes to enhance vehicle stability by selectively applying or releasing individual front brakes to keep the car on the proper course through a turn. I could not feel it working on dry pavement, although it would at high enough speeds. It would be most useful in snow, ice or rain.

The speed-sensitive power steering (Magnasteer) was fine most of the time, but in mountain turns it felt artificially heavy, and relatively numb.

The transmission’s performance algorithm matches gear shifts to the speed of the car, which is handy on twisty roads.

Inside, the STS now has an interior on par with the best in its class. The genuine wood trim, on the dash, door panels and steering wheel, is beautiful. The leather upholstery was buttery soft and plush. Vacuum-fluorescent analog gauges are similar in appearance to that of the Lexus LS 400 and Lincoln Continental.

Secondary controls for climate control and stereo are near clones of those i the Lexus LS 400, which is not a bad thing. They are large, simple, clearly marked and ideally located. They work smoothly and have a quality feel.

Our test car was equipped with the optional Adaptive Seat Package, which was handy for day-long drives. A network of 10 air cells located in the seat cushion, back and sides automatically inflates to determine the size and shape of the occupant. Each cell then adjusts to create a custom fit for each person.

Another nice touch: The seatbelts are built into the seat so they always fit properly, even when the seat is reclined.

In addition to front airbags, side airbags are built into the seat backs.

Spending a week traveling with Cadillac’s ultimate road car was a good test. Except for a cruise control that periodically stopped working, we encountered no problems. A couple of items, such as windshield wipers that automatically speed up as rainfall gets heavier, and the adaptive seats, were most appreciated. Now, if only the price weren’t quite so high.

The base price of our test car was $46,995. Options included the adaptive seats, wood trim package, Z-rated tires and chrome wheels. The sticker price was $50,402.

Point: The STS may well be the best car built by General Motors. It is quick, quiet and smooth, with sharp handling and good ergonomics. Instrumentation is excellent and controls fall readily to hand.

Counterpoint: The evolutionary styling could be bolder; the steering, particularly on mountain roads, felt artificially heavy; and the price is pretty steep.

Solid car for the age.

January 9, 2019
By kevin.deszendeffy from Phoenix, AZ
Owns this car

Enjoyed the car, met my basic needs, and got solid gas mileage along the way. Reasonably reliable for the age with no major problems. Air suspension did fail eventually, however replacing the shocks was very easy.

COMFORT THRU ICE and FIRE

great car for the money 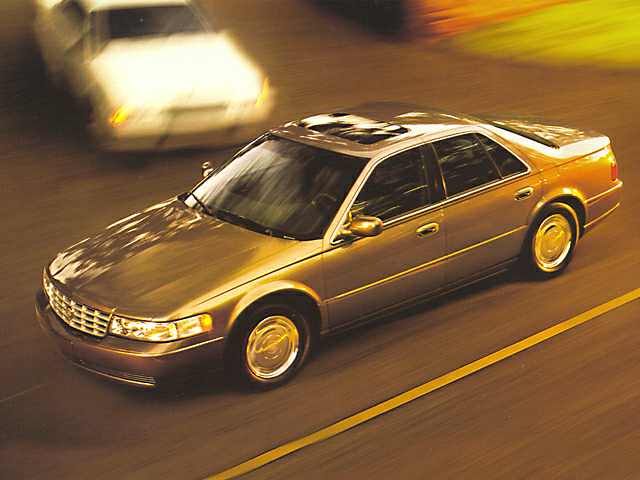 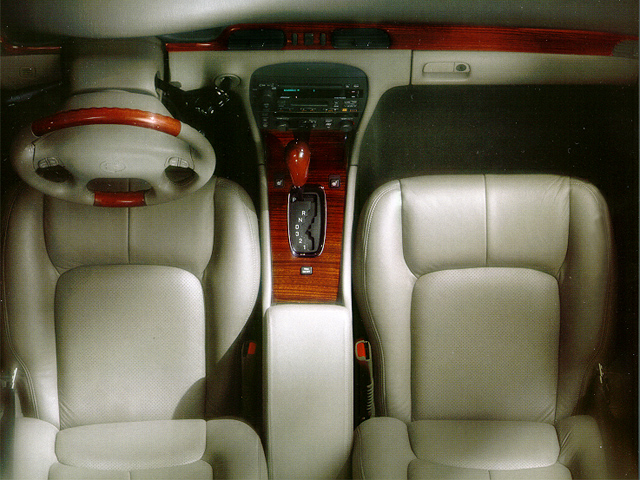