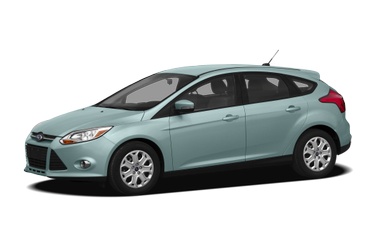 Very bad car Ford focus 2012. Full with transmission errors, gearbox problem, TCM programming problems. Comfortable but need lots of maintenance. Just recently fixed my TCM and it last for only one day. Then gear box problem it costs me 5000 bucks.

Deadly Car ,Don't Purchase if you want to Live !!

The stirring component went out and cause the car to crash. It's undriveble. It's totaled. Ford doesn't tell you that they had many issues with it.. It's a major recall and could have killed me or someone else... THIS IS A BAF CAR TO BUY !!!! DONT PURCHASE THIS ONE. LOTS OF RECALLS ON FORD FOCUS CARS !!!!!

Rating breakdown (out of 5):
1 person out of 2 found this review helpful. Did you?
Show full review
2.3

Never again will I buy a Ford!

September 28, 2022
By Trued from Laingsburg Mi
Owns this car

Loved it at first! Not so much anymore! It has been sitting at the Ford dealership (for many weeks) with bad clutches and transmission control. They have no idea when they will get the part to fix it. They refuse to help with rental or loaner vehicle. Im not sure what happened to Ford but after this, I will never buy another Ford!! They could care less about about their customers loyalty! Customers I guess are supposed to just suck it up and wait on them. Too bad that is not how life works!! Its a Ford, at a Ford dealership, waiting for a Ford part!! Crazy how they treated us.... i am blown away! See ya Ford!!

I purchased the 2012 Ford Focus Titanium model (Michelin Pilot Sport Summer tires only), and later purchased Winter tires. The summer tires handle the road really well. The car is really fun to drive as it is very sporty looking and feeling,. The steering wheel is a perfect size and comfortable for Spirited driving. I wish is had more HP, but that's what the RS is for. The transmission is a DUAL CLUTCH which can be used in Auto or Manual mode for fun driving. Initially there were some issues with the transmission, but apparently it was a Software issue and/or a Sensor. It was at the dealer twice for said issues, but after that, it ran fine, never happened again. I put premium gas in it, have the oil+ filter replaced on schedule, replaced the brake pads once, and that's it! NO other MECHANICAL ISSUES. It been a very reliable car. The front seats heat up fast in the Winter, nice LED lights of different colors can illuminate the floor. The Touch screen doesn't have Navigation, but my cellular phone does.

6 months no car What to do

Has trouble getting transmission module, my wife's only transportation 6 month wait. can you help me at all Dealer is not calling back. We need a car very soon

Watch out for the recalled transmission parts!!

I bought my 2012 brand new. After the first year I was notified that there was a transmission sensor recall. I brought it to the dealer and they replaced the part and said I was good to go. Not long thereafter, the car simply stopped like it was in neutral. I was at an intersection and the trans was locked up. Brought it back and they replaced clutch parts, transmission parts, and more and said that I was good to go. Again, it stopped on the fast lane of the freeway. It was a pretty dangerous breakdown, it was summertime, we had tow truck problems .... Fast forward to this year. Recently, the check engine light came on, and when I took it to the dealership they said that it was the same transmission sensor but this time because of Covid, they are back ordered by 6,000!! They said that it could be months. Warranty? No parts available. The car had 103,000 miles on it by now and there is no more warranty at 110,000. After several dangerous breakdowns, Ford gave me $2,000 for my car. Perfect condition, sun roof, new tires ... What a rip. I bought a Toyota Camry. Gutsy, and no recalls. Ford really left me in the lurch.

perfect for work car easy on gas and plenty of room dear God I have said enough!! what more do you want me to say? the car is great!!

Rating breakdown (out of 5):
9 people out of 14 found this review helpful. Did you?
Show full review
4.6

The car runs so smooth and is very comfortable to drive in! Definitely an upgrade from my previous vehicle. I also love all of the features that I now have!

March 20, 2021
By Satisfied from Washington, PA
Owns this car

The 2012 Ford Focus looks like new, runs as expected and is very clean inside and out. It's a perfect option for our 17 year old daughter.

Rating breakdown (out of 5):
2 people out of 3 found this review helpful. Did you?
Show full review
1.1

Do not buy this car! Ford will not help you!

March 6, 2021
By Janicegotscrewed from Alabama
Used to own this car

I had to bankrupt this car! Never buy a Ford again! No one will help you. I walked for miles and spent my paychecks on taxis till i could find a car months after. The dealerships were told not to help and to turn away customers with this car til your warranties run out! Ford still has not admitted this car is a lemon!

Rating breakdown (out of 5):
4 people out of 5 found this review helpful. Did you?
Show full review