Our 1997 Hyundai Tiburon trim comparison will help you decide.

Hyundai Motors’ 1997 Tiburon is a striking example of an automotive dream come true.

Originally introduced in 1993 as the Hyundai HCD-II concept car, the Tiburon is one of those futuristic sport coupes that made it into production.

“Customers are calling it The Shark,” said Jim Webb, Butler Hyundai’s general sales manager. “It’s got that pointed nose and eyes on the side.”

The Tiburon is a prime example of the longer wheelbase, shorter front/rear overhang school of design. Overall length is but 170.9 inches. The wheelbase, however, is 97.4 inches, with the chassis layout pushing the wheels out toward the four corners of the car.

When the FX stands on its optional aluminum wheels and 15-inch Michelin tires, it takes on a decidedly muscular appearance.

You have to give the Tiburon an “A” for looks. Stylists have achieved a fluid exterior theme. Side panels are sculpted and integrate smoothly into a steeply raked windshield.

Slim-profile roof pillars maximize the driver’s field of vision, offering 330 degrees of visibility. Side mirror housings have been designed to negate wind noise at high speed.

The sporty front air dam also is a high-design element that is specially formed to enhance air flow into the engine for more efficient cooling.

At the rear, the deck spoiler has an integrated brake light. Extra-large tail lights feature a unique ellipsoid shape and are tilted downward.

It makes one wonder why they didn’t just put the 2.0 liter in both models and be done with it.

In keeping with the sporting nature of a driver’s car, the standard transmission is a five-speed manual, with a four-speed automatic being an $800 option.

The automatic adds 66 pounds, so with curb weights running between 2,566 and 2,633 pounds and 130 to 140 horses in hand, the five-speed is going to be the more lively propositio n.

There really is not a major mileage differential between the 1.8-liter and 2.0-liter motors and five-speed and automatic transmissions.

The coupe is a four-seater, with individual seats in front separated by a center console. A two-passenger formed seat makes up the back.

This is called a 2-plus-2 configuration in sports car terminology, and it also can be called intimate. With this type of automobile, there always is more room in front than in the rear. In the Tiburon, there is a drop of a little more than 3 inches of head and leg room from front to back.

The cockpit layout is state-of-the-art, with the console holding the shift lever quadrant. Stereo, climate controls and air vent are in the upward extension of the console. Instrumentation is the standard four-gauge speedometer-tachomenter-temperature-fuel.

Hyun dai’s Tiburon represents sports-type motoring at an affordable price, as the standard coupe has a base price of $13,499. Or, you can go upstream to an FX for $14,899. Options such as a premium stereo and leather are available.

I'll die in this car before I lose it

May 9, 2019
By Tibby the Tiburon from Carson, nevada
Owns this car

I got my car in 2016 for $300, at 60,000 miles. They thought the car was totaled but I got it fixed and running! Ever since it's litterly drove me across country a few times, and I used to to drive back and forth to collage two hours a day every day for a year. I tell everyone I'm going to die in my car before I get rid of it, it's at 120,800 miles now and honestly to keep up repairs is super cheap. For a car that isn't made anymore there's ton of parts available that you and switch with other models and other Hyundai's. Also mine goes super fast, it's not a GT or FX but it has a lot of zoom in the peddle, I used to race people in the moutains because of how well it handles. Honestly love my car and can't get rid of it. Named him Tibby the Tiburon

April 15, 2011
By bizquithead from Michigan
Owns this car

This is a fun little car. It handles good, gets great gas mileage. The interior styling is very nice- very durable. The exterior is nice as well- modern & sleek. The power is not as impressive. The design is very well done under the hood. I was able to change the oil very easily myself. Changing out the alternator was a different story. Overall it's a very neat car.

Great car. Bought it used in 2002 and it has run like a dream since then. Minor problems have come up to be fixed and thats it.

Rating breakdown (out of 5):
2 people out of 2 found this review helpful. Did you?
Show full review
See all 4 consumer reviews

All model years for the Hyundai Tiburon 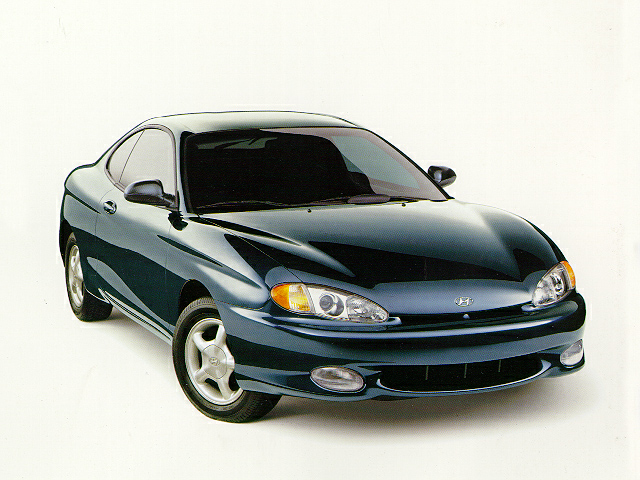 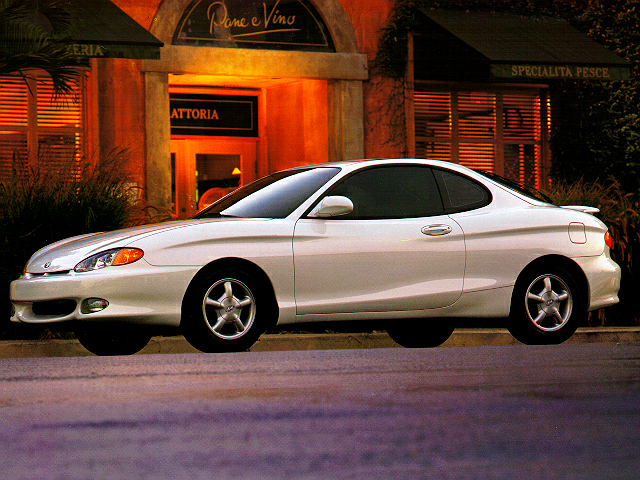 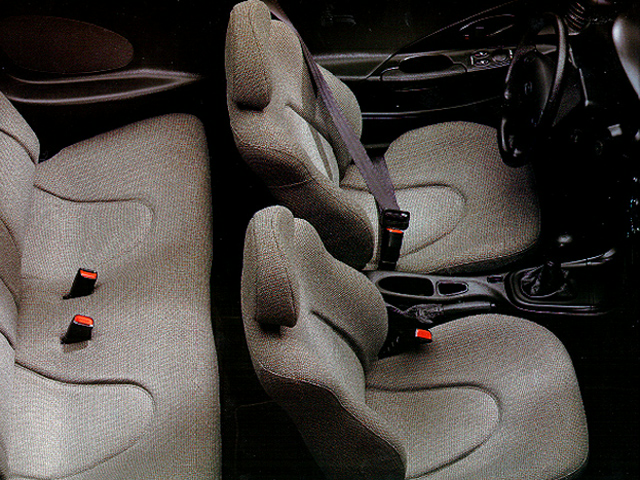