Our 2005 Hyundai Tiburon trim comparison will help you decide.

Some enthusiasts have sniffed at the 2005 Hyundai Tiburon SE, the sportiest entry in the sporty Tiburon lineup. They say it looks more like a junior GT car than a hard-core sport coupe.

We say the Korean-built Tiburon is a fine offering in this segment, a vehicle that has managed to hold onto its looks despite hitting the market in 2002. The model we tested is an updated performance variant, which builds on the special edition package introduced last year.

HE: We were looking for a little amusement one night and decided to go to Hell in a Hyundai, rather than a hand basket. I’m speaking, of course, of the tiny town in mid-Michigan that seems to be a favorite of local bikers and meteorologists. It turns out the destination was not nearly as much fun as the route. The old saying has the road to Hell paved with good intentions. In fact, we discovered it was paved with the sort of twisty two-lanes where you can really appreciate the virtues of the Tiburon SE, especially its firm and controlled ride and its sweet little powertrain combo — a twin-cam 2.7-liter V-6 that makes 172 horsepower and comes mated to a six-speed manual gearbox.

SHE: You want to talk about automotive hell, just spend a little time in the rear seat of the 2+2 Tiburon. It feels as if it were designed by Satan himself. No vents. No cup holders. No headroom. No legroom. You get one map pocket back there and one strange little bin built into the right side wall perhaps to hold those popular Hostess Snowball cupcakes that sell like crazy at the Hell party store, for obvious reasons. I would say the back seat passengers in the Tiburon don’t stand a snowball’s chance in you-know-where of being happy back there.

HE: Alright, enough with the lukewarm jokes already. The Tiburon is clearly a car built for a driver and perhaps one passenger. From behind the wheel, the Tiburon looks and feels terrific. In fact, the plastic, leather and colorful cloth used in the SE’s cabin looked better to me than the stuff used in the interior of the new 2006 Mercedes-Benz M-Class we drove the same week. And even though the Tiburon may be getting a little long in the tooth, it still has an appealing exterior design that makes you think of a little Ferrari.

SHE: I’m going to slip into my usual role as devil’s advocate here. I’m still worried about the rear-seat passengers. They get no air bag protection. Granted, the list of standard safety features on the Tiburon SE seems pretty good, otherwise. It includes standard antilock brakes and front-side air bags. But if I’m buying this car for one of my kids, I’m going to be worried about protecting the rear-seat passengers because you know they are going to cram people back there, regardless of how uncomfortable it may be to adults. I also want to say that while the workmanship looked pretty good on the Tiburon, we did hear some squeaks and rattles as we were zipping around that night.

HE: Yes, and I got baptized pretty good by the windshield-washer fluid when I had the driver’s window rolled down. That’s one engineering flaw we noted.

SHE: That and the too-heavy hatch with the less-than-perfect indentation to stick your fingers in and pull it down. I loved the sticker with the big arrow they had to slap on the inside of the tailgate to show you how to get the darn thing down. Stickers like that are always an indication that not enough thought went into a design.

HE: You’re missing the bigger picture. Young kids who love to customize their cars are going to appreciate all the extras you get on the SE model, including a big spoiler, red front brake calipers, aluminum pedals and a Kenwood audio system with a CD and MP3 player. And Hyundai’s 10-year/100,000-mile powertrain warranty is still a powerful incentive for buyers. In other words, the Tiburon still offers plenty of value in the $20,000 coupe segment.

SHE: I had a lot of fun in the Tiburon, but next time I think Id be in a better mood if we had stopped at that other local landmark — a place called Serenity.

November 28, 2018
By SharkFan from Madison, Wisconsin
Owns this car

This was my first car and it it was extremely reliable, all you needed to do was regular Maintenance on it and put gas in it. Only thing I was that I wished was that the seat went back further, being 6'5" it was a little cramped for longer drives

December 3, 2017
By beakeeper35 from Athens, Georgia
Owns this car

This car surpassed my expectations of quality and gets great gas mileage. Driving this car boosted my confidence greatly.

Just bought my second one!

I had the 2003 gt v6 when I was in the army and it got repo'd with 2 payments left because they changed my allotment at the bank and NOBODY notified me. Just picked up an 05 gs and while I miss the v6 it still has get up and go. But geez if this isnt the sexiest looking car ive ever seen. Some tibbys have issues but treat her right and theres nothing like driving one.

All model years for the Hyundai Tiburon 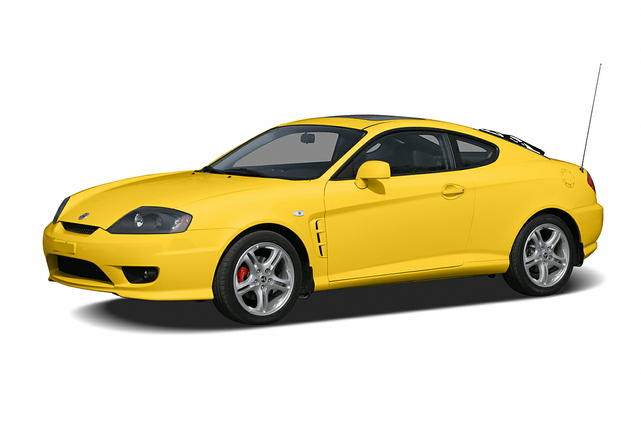 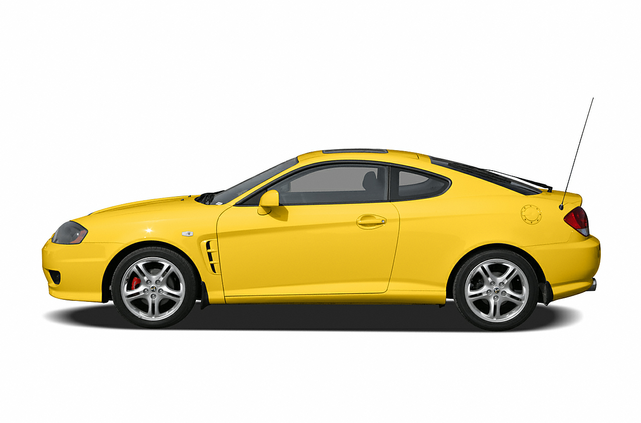 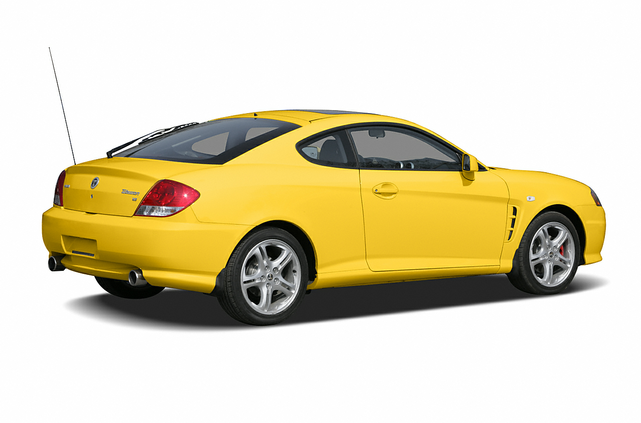 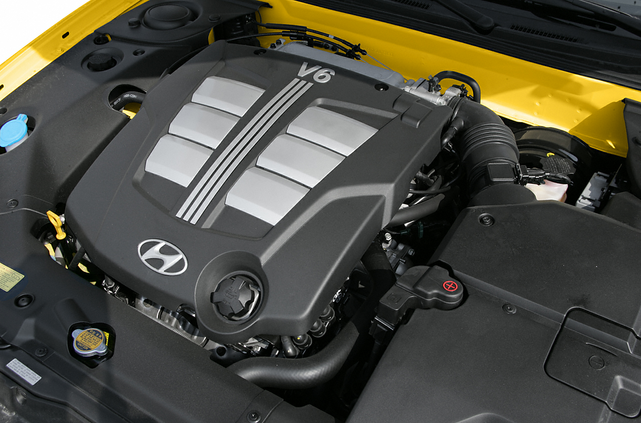 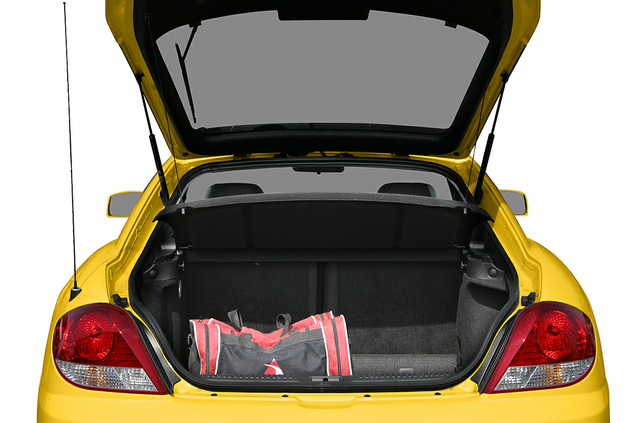 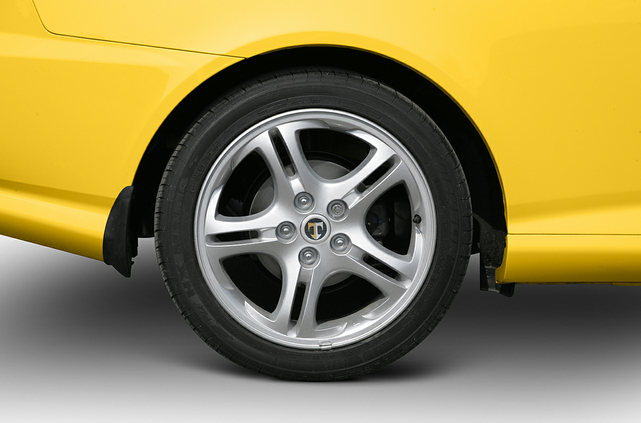 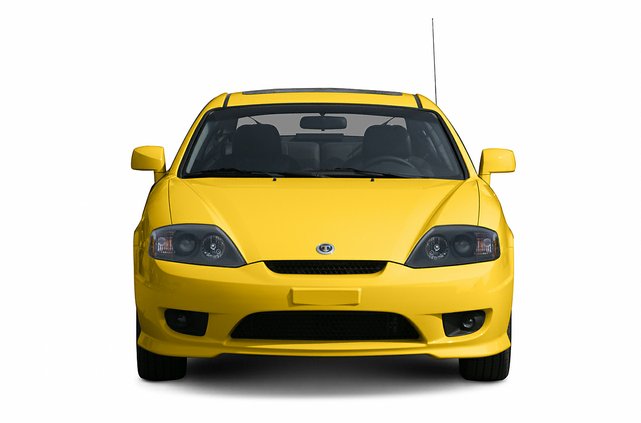 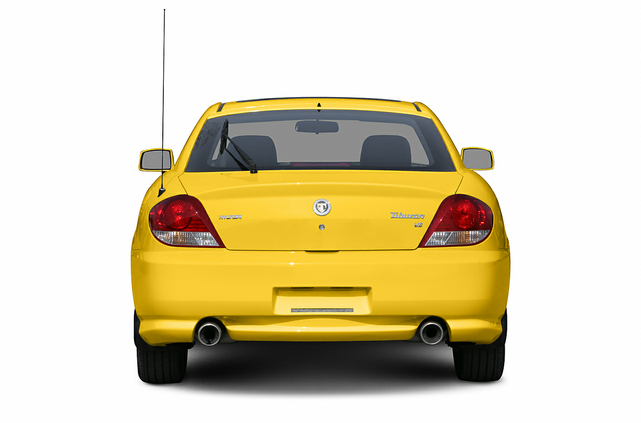 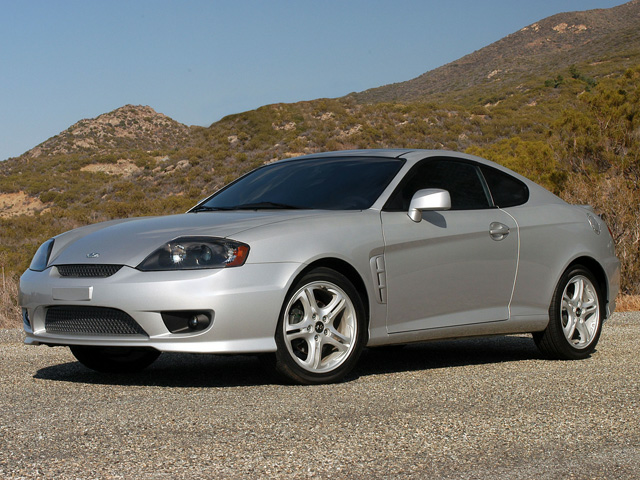 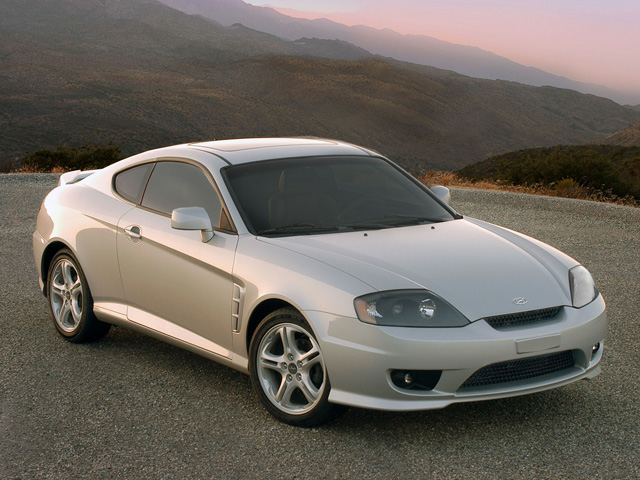 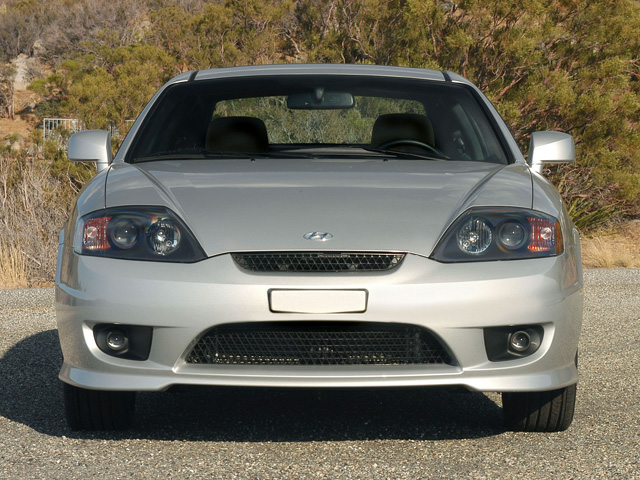 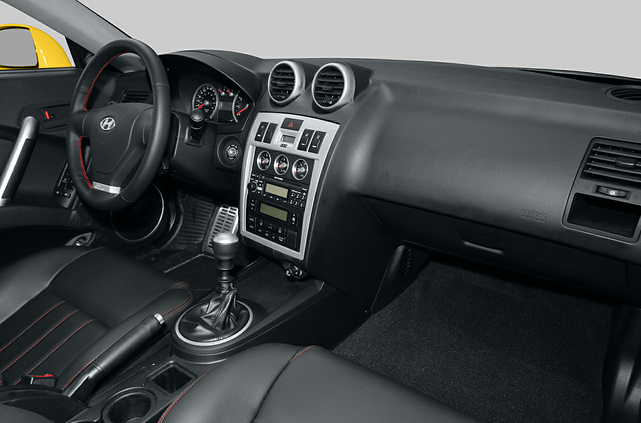 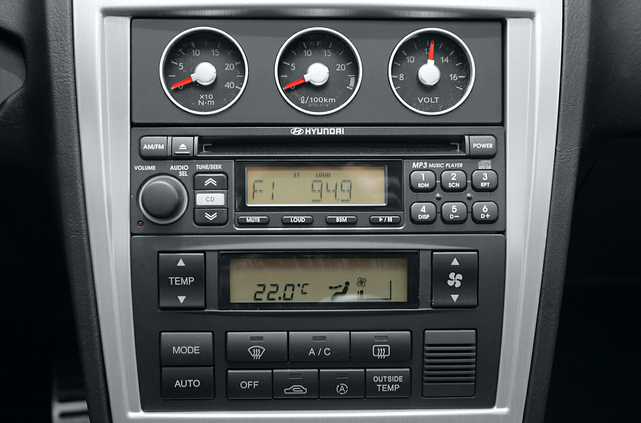 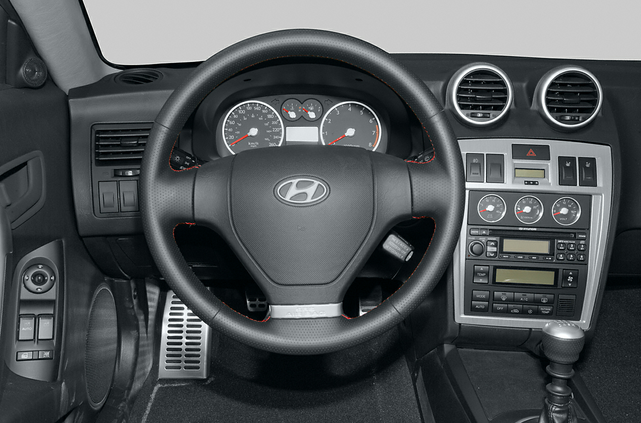 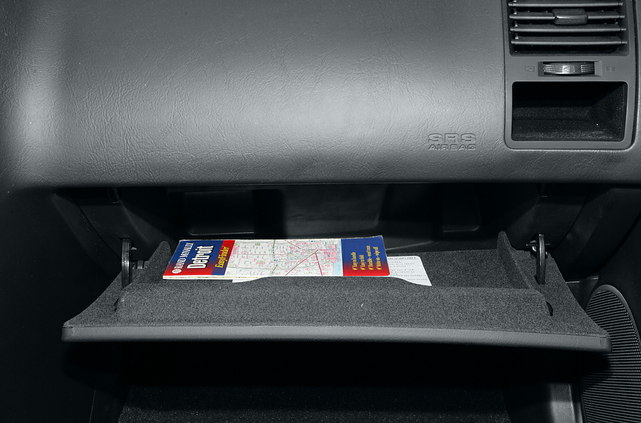 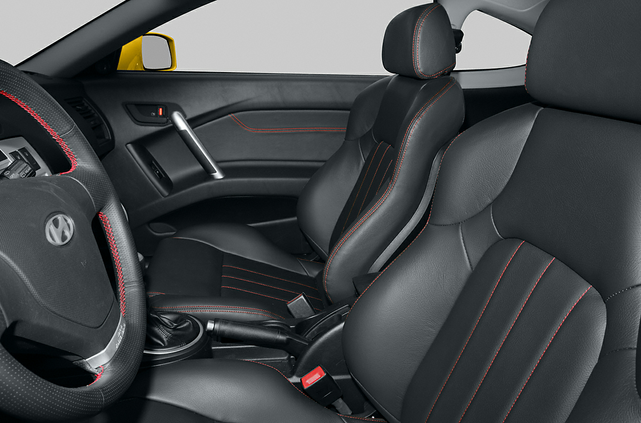 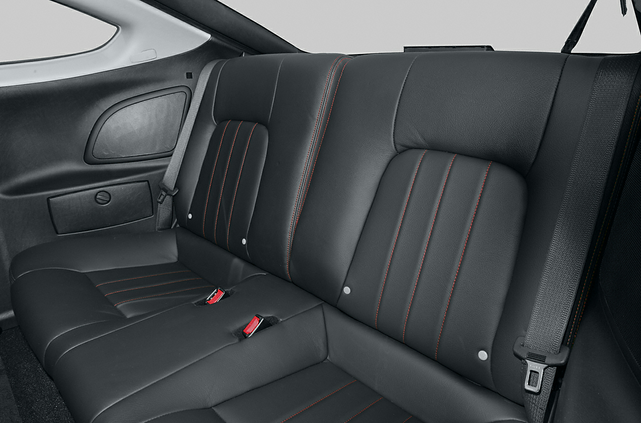 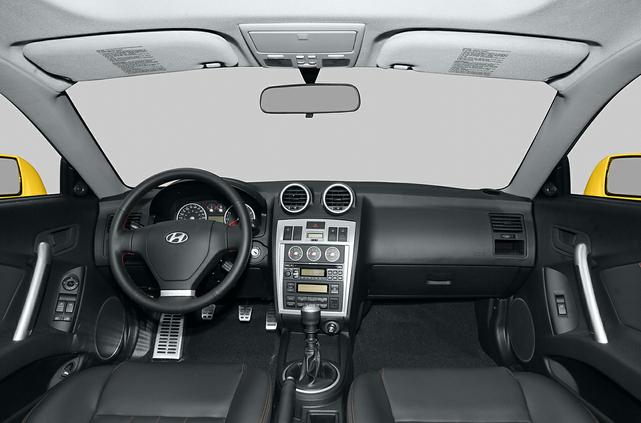 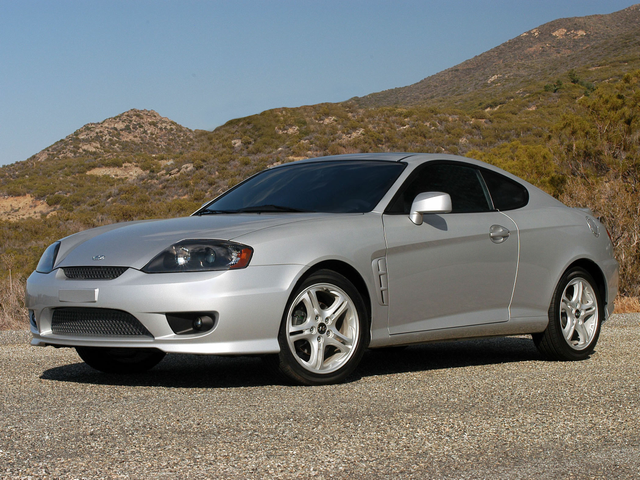