Our 2007 Hyundai Veracruz trim comparison will help you decide.

The number of three-row crossover SUVs has grown dramatically over the past few months, with new models like the Mazda CX-9 and Saturn Outlook offering alternatives to the traditional SUV. Hyundai’s new seven-seat Veracruz is the latest to join the category, and on the whole it matches up well against the competition with its smooth ride, quiet cabin and interior quality, making it a must-drive for consumers in this market.

Ride & Handling
The Veracruz has a four-wheel independent suspension with front and rear stabilizer bars. The setup is tuned for cruising, sensible for a vehicle like this. The crossover feels stable on the highway, and it’s rather quiet, which means Hyundai’s sound-deadening efforts, including four layers of padding under the carpet, have paid off.

On the negative side, there’s some play in the steering wheel at the center position, and the rack-and-pinion system doesn’t offer a lot of feedback for the driver. Front- and all-wheel-drive versions of the Veracruz both weigh more than two tons, and while the crossover’s weight isn’t usually noticeable, it does make itself known the moment you encounter a twisty road. That encounter produces pronounced body roll, and the Veracruz doesn’t feel as comfortable in this setting as the CX-9 does.

Going & Stopping
All trim levels are powered by a 260-horsepower, 3.8-liter V-6, and its standard transmission is a smooth-shifting six-speed automatic with a clutchless-manual mode. Front-wheel-drive models get an EPA-estimated 18/25 mpg (city/highway), while all-wheel-drive estimates dip to 17/24 mpg. These figures are nearly identical to the Outlook’s gas mileage estimates and slightly better than the CX-9’s.

On the road, the Veracruz feels swifter than the heavier Outlook, but not as quick as the CX-9, even though it’s slightly lighter than the Mazda. The V-6 is quiet, builds revs smoothly and provides adequate acceleration; like the Outlook, though, you can tell it’s a bit burdened by the vehicle’s weight.

The Veracruz’s all-disc antilock brakes have no trouble bringing this crossover to a stop, but the brake pedal’s mushy feel is a little disappointing.

Cabin & Features
The Veracruz’s cabin has a few issues, but overall it’s nicely executed and features a number of upscale details, like a padded dashboard, matte-finished plastic trim and tight panel gaps. Even the silver-colored center panel with the air conditioning and audio controls looks good. (Most of the time I think this color scheme cheapens an interior.)

Perhaps the best aspect of the Veracruz’s cabin is its lack of the heavy chemical smell that’s plagued a number of Hyundais I’ve tested in the past. The rich leather odor permeating the leather-trimmed versions I drove is a huge improvement and wouldn’t be out of place in a luxury car.

On the downside, the Veracruz’s standard tilt/telescoping steering wheel is a bit clunky to adjust. At first it appears to be infinitely adjustable for angle and reach, as many are, but if you try to set it you’ll discover notches for the tilt adjustment. The troubling part is that you may feel like you’ve locked the steering wheel in place, but if it’s not set at one of the notches, it can move up or down until it hits one — definitely something you don’t want to have happen while driving. The brown faux-wood trim isn’t very realistic, either, but better-looking gray wood-patterned inserts are available.

Cloth seats are standard and leather is optional. The leather front bucket seats are surprisingly plush, but not so soft they compromise on support. The tall driving position makes for great forward visibility and decent rear views despite the small rear-quarter windows; I always felt confident changing lanes on the highway and wasn’t worried about missing any small cars in the lane next to me.

The Veracruz’s 60/40-split second-row seats are roomy and comfortable. The seats slide backward and forward, and the seatbacks recline via a lever on the outer side of either seat cushion — much easier to reach than the handles some manufacturers put at the top of the seatbacks. Access to the third row is possible from either the driver or passenger side; both second-row seat sections slide forward and out of the way. The standard 50/50-split third-row seat offers passable comfort for adults, which bodes well for the most likely users: children.

Other standard features include air conditioning with rear-seat controls, cruise control, heated power side mirrors, a trip computer, a CD stereo and audio buttons on the steering wheel. While Hyundai thinks drivers will increasingly choose aftermarket navigation systems that can be moved from one car to another instead of in-dash units, it’s offering an optional built-in navigation system for the 2008 model year.

A number of upscale options, like a power tilt/telescoping steering wheel, rain-sensing windshield wipers, keyless entry and engine start and metal plates with blue illumination located at the bottom of the door frames, are bundled together in the top-level Veracruz Limited’s optional Ultimate Package. However, some features a buyer might like to add individually — like a sunroof or leather seats — are only available in pricey option packages.

Safety
Standard safety features include side-impact airbags for the front seats, side curtain airbags for all three rows of seats, an electronic stability system and front-seat active head restraints. Power-adjustable pedals and rear parking sensors are optional, but a rearview camera isn’t an option.

The National Highway Traffic Safety Administration awarded the Veracruz its best, five-star rating in its frontal crash test. As of publication, the Veracruz hadn’t been tested by the Insurance Institute for Highway Safety.

Cargo & Towing
With the second- and third-row seats folded flat, the Veracruz has 86.8 cubic feet of cargo room. Cargo room drops to 40 cubic feet when the second-row seats are raised, and 13.4 cubic feet when the third row is up. While the CX-9 and Outlook offer more cargo room whether the seats are up or down, both are also about 10 inches longer than the Veracruz. The Veracruz also has less cargo room than the similarly sized Honda Pilot, especially behind the third row — the Pilot has more than double the space, at 15.9 cubic feet. The Hyundai’s maximum towing capacity is a respectable 3,500 pounds.

Veracruz in the Market
Hyundai got most things right in the Veracruz. It’s a solid start for an all-new model, and that’s what’s required for an automaker to be successful in today’s car market.

To be sure, there are other good crossovers available, including the ones mentioned here. However, when you look at the Veracruz’s combination of comfort, versatility and a class-leading warranty — all at the right price, the appeal is clear.

One of The best Cars I've ever Owned

September 9, 2020
By Michael from Whippany, NJ
Owns this car

Best car I’ve ever owned and still drive every day

June 8, 2020
By Ponytailfnp from Augusta, GA
Owns this car

This is the best car I’ve ever owned. I have 190,000 miles and have never had a problem from front to end. Routine maintenance is all it has ever required I hate that they are no longer making this car and am looking at possibly replacing it eventually with a Palisade.

Love this car so much I’ve owned 3 of them!

October 13, 2019
By MomTaxi from Chandler AZ
Owns this car

Rating breakdown (out of 5):
2 people out of 2 found this review helpful. Did you?
Show full review
See all 32 consumer reviews

All model years for the Hyundai Veracruz 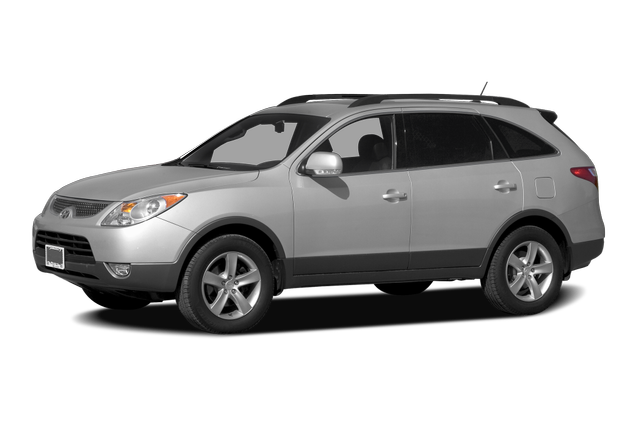 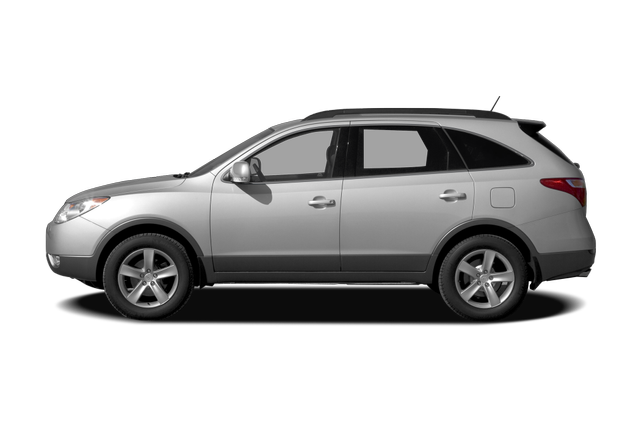 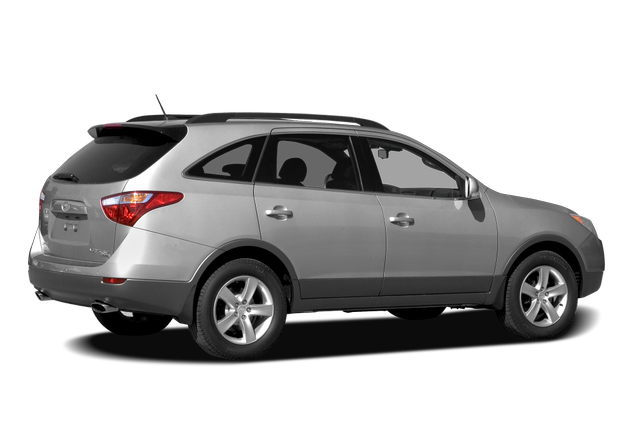 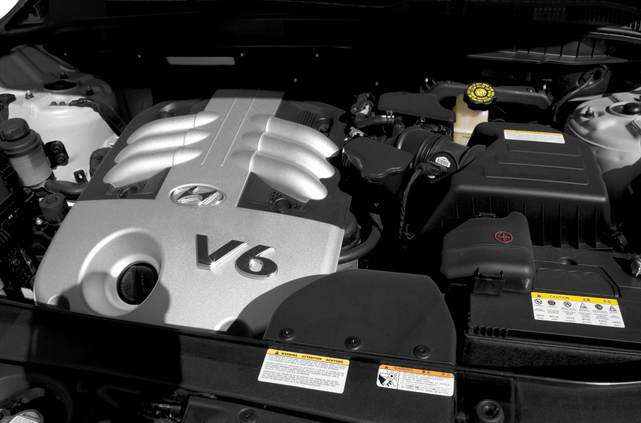 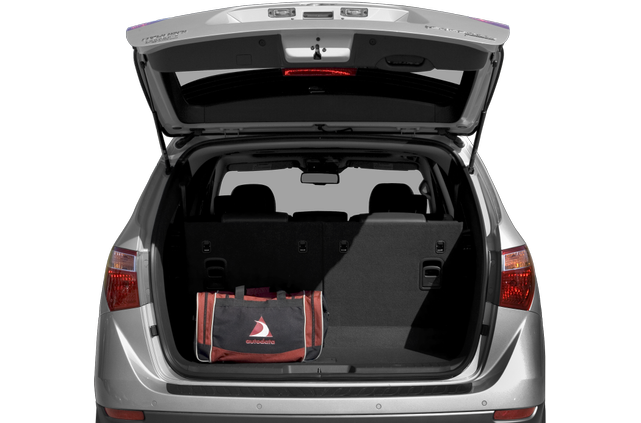 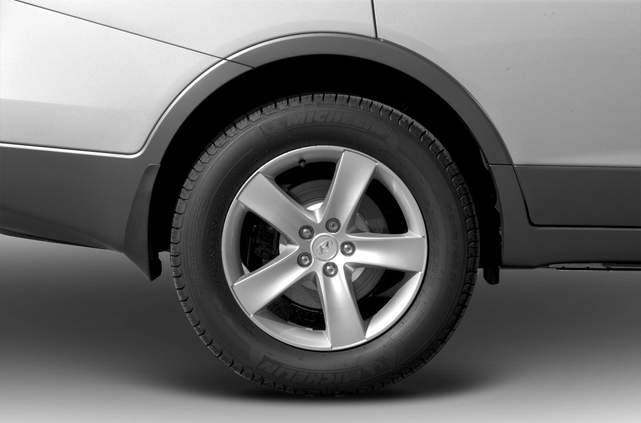 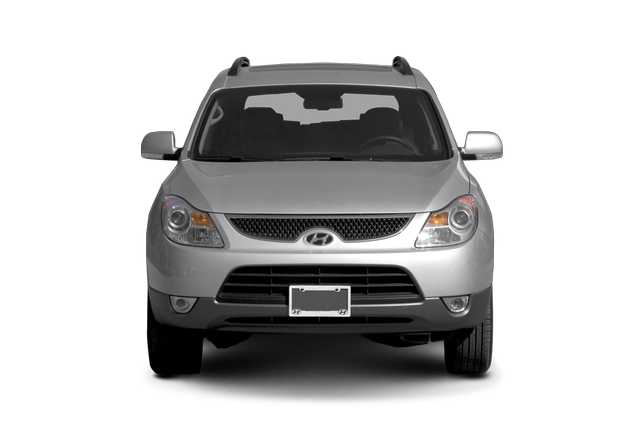 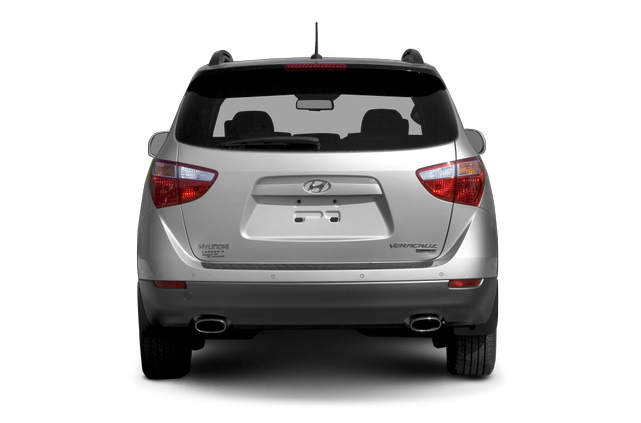 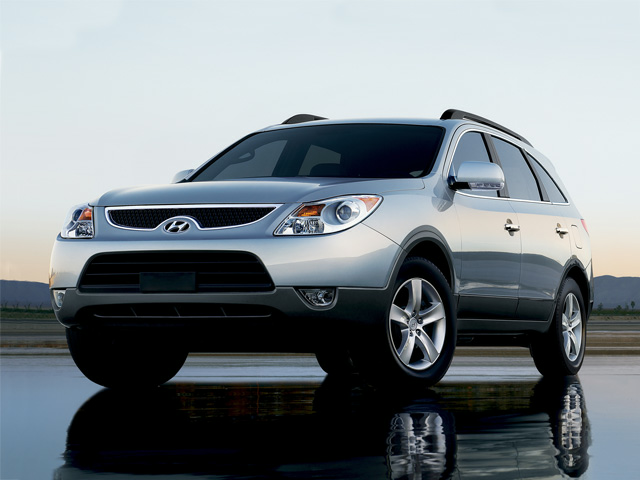 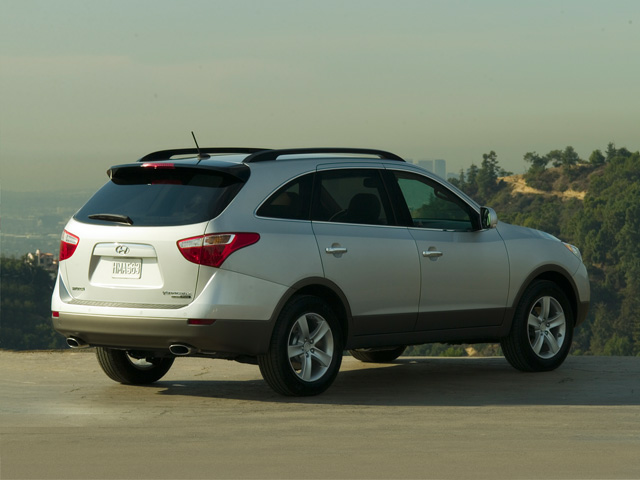 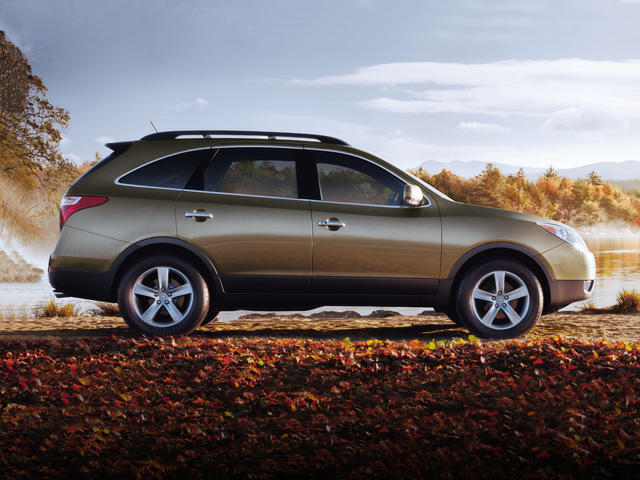 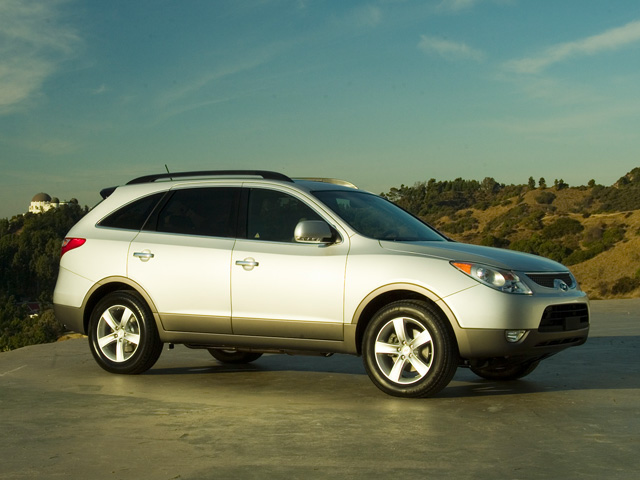 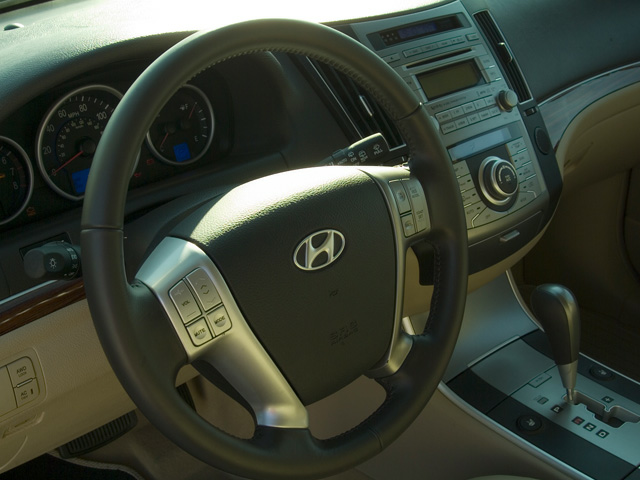 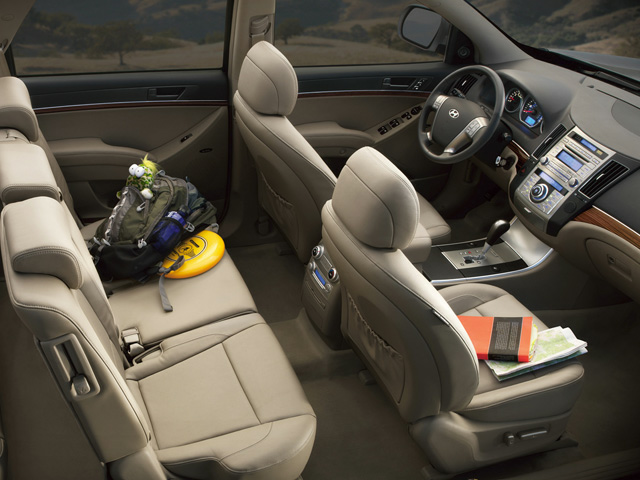 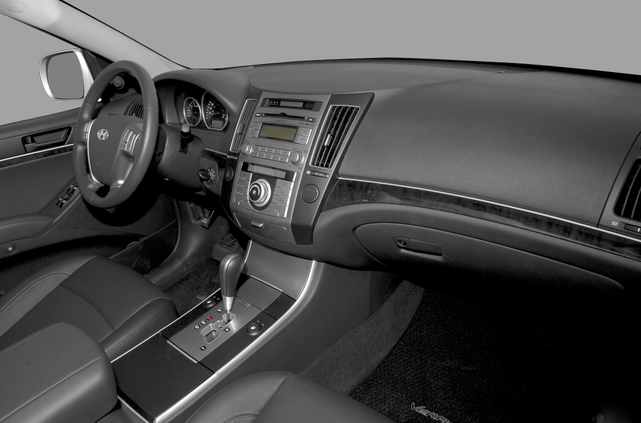 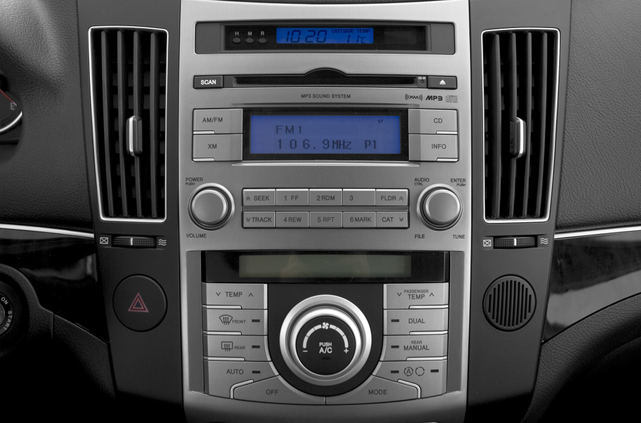 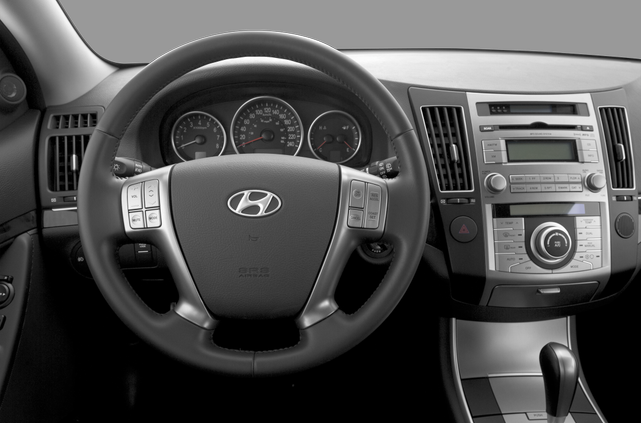 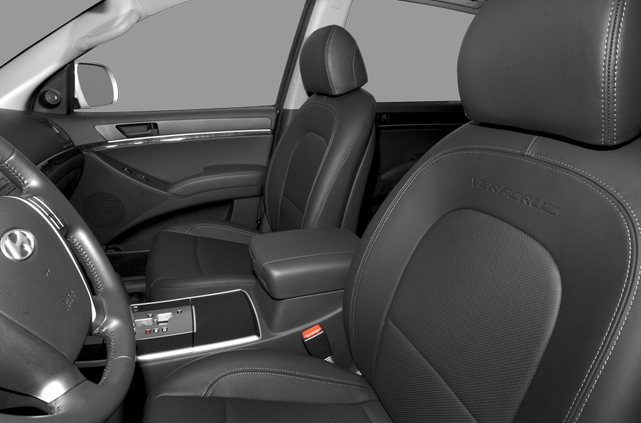 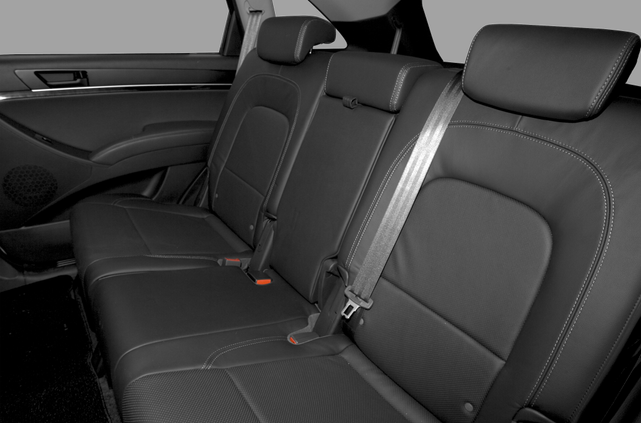 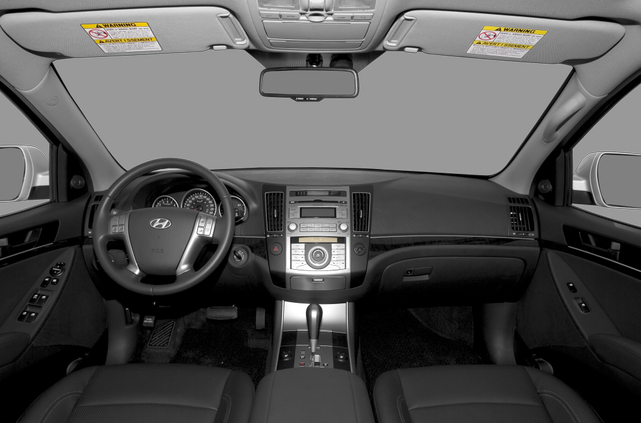 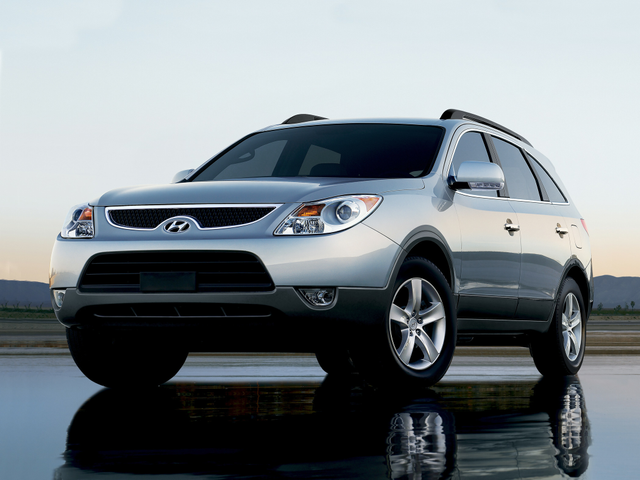 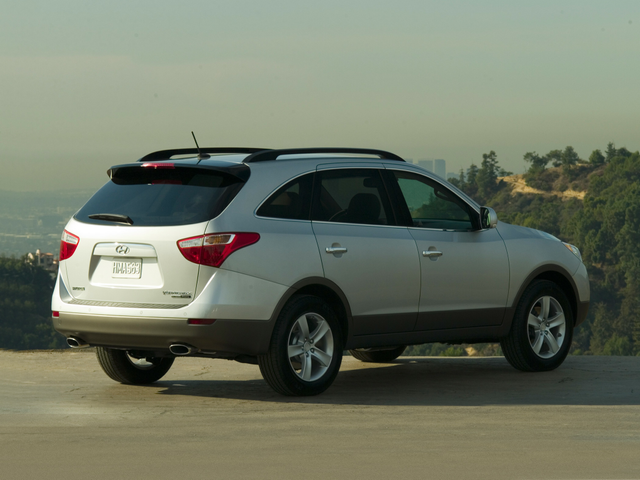 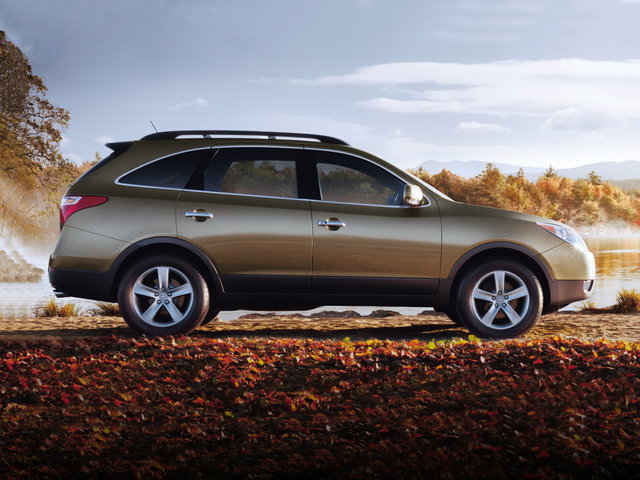 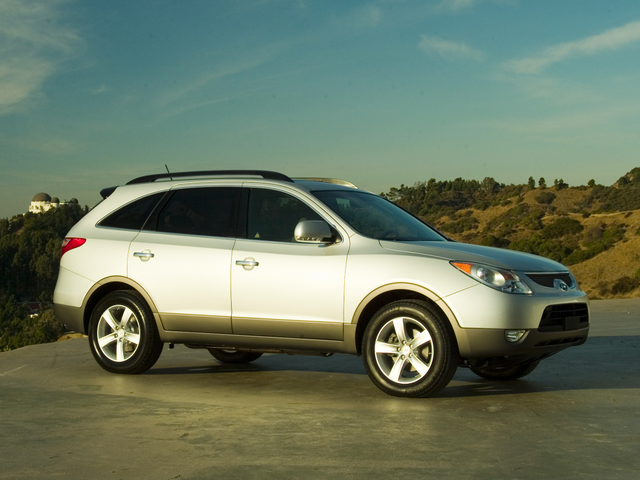 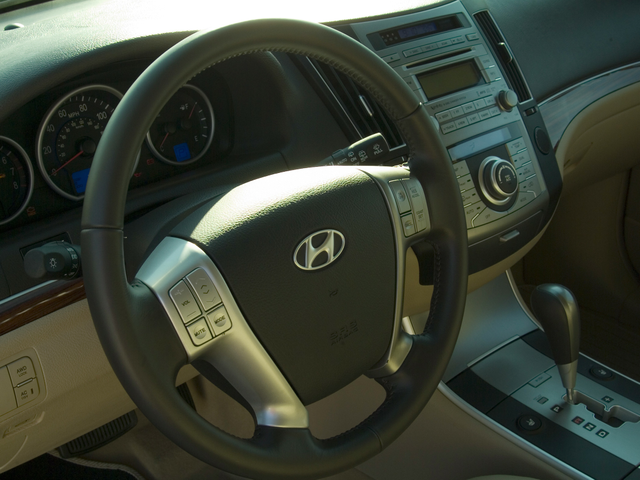 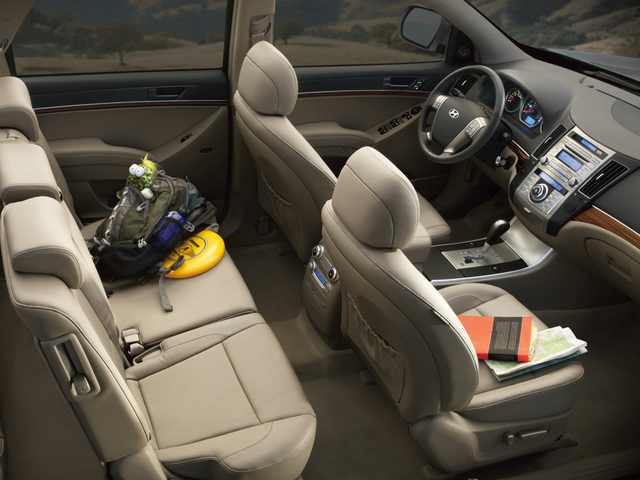