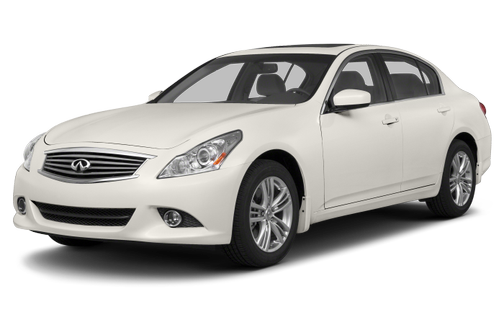 Our 2013 INFINITI G37 trim comparison will help you decide.

Editor’s note: This review was written in June 2012 about the 2012 Infiniti G37. Little of substance has changed with this year’s model. To see what’s new for 2013, click here, or check out a side-by-side comparison of the two model years.

With Infiniti’s G lineup, there’s something for everyone. The brand’s best-selling car is offered in sedan, coupe and convertible body styles and in several performance levels, from the base G25 sedan (reviewed separately) to the high-performance IPL version of the G37 coupe, which is covered in this review. See them all compared here.

The 2012 Infiniti G37 IPL coupe is fast and agile, and it puts the P in Performance, but it’s not cheap. Yes, you get an extra bit of power, but you’re also stuck with a more brittle ride and ear-numbing road noise.

Moreover, the G37 coupe is already a winner in the class; the IPL version increases the price, but it doesn’t add much value.

The IPL treatment adds a boost of horsepower, a sport-tuned suspension and specific interior and exterior trim. The coupe was the first vehicle in the IPL stable, and it will be joined by a convertible model later this year. Click here for our review of the G37 sedan.

Smooth Power, Rough Ride
Driving the IPL home after a long workweek was like slamming a shot of espresso. It’s fast and exhilaratingly fun to drive … but so is the base G37 coupe. The IPL adds 18 hp, but I really couldn’t feel the difference.

Compared with the V-8 engines in rivals like the BMW M3 (414 hp) and Lexus IS-F (416 hp), the IPL’s 348-hp, 3.7-liter V-6 may look feeble by comparison, but it can at least play in the same arena. Its plentiful power is robust from a stop and smooth and strong at higher speeds, and it has the soundtrack to back it up. It snorts and burbles upon takeoff and then fades to a more subtle but still sporty note on the highway. (See the three models compared here.)

Our test car was equipped with a six-speed manual transmission; a seven-speed automatic with paddle shifters is also available. The short-throw stick makes it easy to snap through shifts, though at times the action felt balky, and 1st gear occasionally required some force.

Most of those miles hurt, however. The IPL sport suspension has had most of the regular G37’s comfort tuned out of it. The ride is firm, bordering on harsh. City potholes jar and resonate through the car. Things improve on the highway, but it still feels taught and jumpy over highway expansion joints. Its huge 19-inch wheels and low-profile summer tires don’t help matters.

The IPL shines in the agility department, however, with crisp cornering and virtually no body lean. Overall, the steering is responsive. It feels light around town but firms up at higher speeds.

A Tight Fit
Rather than cramped, the front of the IPL’s cabin feels cozy, especially the heavily bolstered sport seats. I found them snug, especially while cornering, but some people may find them too constrictive.

My 5-foot-5 self had more than enough headroom and legroom in the driver’s seat, though the moonroof, which is standard in the IPL trim level, steals a couple of inches. My 6-foot-1 front passenger had to lower his seat in order to fit, which wasn’t the most comfortable position. Up front, there are 37.7 inches of headroom and 43.8 inches of legroom. Comparatively, the M3 coupe has a bit more front-seat headroom but less legroom. The IS-F sedan offers slightly less headroom but a bit more legroom.

Like all G coupes, the backseat accommodates only two passengers; I missed the utility of four doors and seating for five. A long, heavy door and sloping roofline means getting into the backseat requires the usual stoop-twist coupe dance. No big deal for most, but not an easy feat when balancing a child-safety seat, which I shoehorned back there.

It’s very tough to get the right fit. A rear-facing convertible seat pushed the front passenger seat all the way forward, making it unusable. With the child seat in a forward-facing position, the heavily bolstered backseat made it tough to find a flat section to nestle it into. The biggest challenge, however, was connecting the top tether strap. Its anchor is in the far corner of the shelf behind the seat.

Smaller adults should have an easier time fitting in the backseat; larger adults will be uncomfortable. Friends joked that the IPL looked like the Batmobile, but the backseat was like the Batcave. It’s set very low to the ground, putting passengers in an uncomfortable knees-up position. The IPL has 34.5 inches of rear-seat headroom and 29.8 inches of legroom. Both the M3 coupe and IS-F sedan offer several inches more of each.

Cabin Comforts
The IPL’s refined interior is trimmed in premium-feel materials and has a dynamic look. Brushed aluminum looks classy, as does Infiniti’s hallmark analog clock. Soft-touch leather and plastic pieces are in all the necessary contact places. Red contrast stitching adds a nice pop to the otherwise completely graphite-colored interior. Monaco Red is another IPL-exclusive interior color.

An intrusive and unacceptable level of tire thrum and general road noise at highway speeds ruined the ambiance, however, stopping conversation. My passenger’s phone rang, and he opted to let it go to voice mail.

Infiniti gets an A+ for its navigation system. It’s one of the easiest control interfaces out there, with an intuitive touch-screen and a large control knob that’s easier to reach. What’s even better is the navigation system doesn’t absorb the climate and audio controls. Those are separate knobs, which are clearly marked and reachable.

The G37 is one of those cars whose styling had aged well … until the IPL team got ahold of it. Infiniti IPL-ified it with gaudy and aggressive body cladding, transforming it into a cartoon version of itself. Sure, the unique front and rear bumpers, side sills, rear spoiler and wheels add visual drama, but they look overblown to me.

The G37 comes standard with a full complement of airbags including front, front-seat-mounted side-impact air bags and side curtain airbags for front and rear seats. As is required of all 2012 models, antilock brakes and an electronic stability system are standard. Click here for a full list of safety features.

The G37’s fetching curves come at the price of visibility. A small, dramatically raked rear window, thick pillars and narrow side windows compromise visibility. The IPL’s standard backup camera improves matters, but it could really use a blind spot warning system; one isn’t available. Adaptive cruise control with forward collision warning is optional on other versions of the G37 but unavailable on the IPL model.

In the Market
The main problem here is a good one for Infiniti: In regular form, the refined G37 coupe is already incredibly capable and exciting, which sets the bar pretty high for the IPL. Why pay a hefty price premium for the IPL? Its ride is too firm, road noise is off the charts and you get only 18 more horsepower — which it didn’t really need in the first place.

Compared with the competition, the IPL may look like a deal, but to go up against the Ms and Fs of the world, it needs to offer more.

I bought this car in 2015 certified pre-owned and have put over 60k miles on it, 70k total. The car is a blast to drive. The steering feels weighty and connected to the road, something that you don't really find in this segment any more. The interior is comfortable but not overly plush. It's missing the modern car-phone play many cars have but it can be worked around. The only roadside issue I've had was the transmission going out at around like 60k.

Most powerful car I have owned.

April 19, 2021
By BK-JohnsCreek from Alpharetta
Owns this car

it is a comfortable sport-sedan that is also reliable. It drives well and it comes with most of the luxury options. After-market and performance upgrade parts are more affordable than other makes. It is easier to work on as a DIY person myself.

Rating breakdown (out of 5):
0 people out of 0 found this review helpful. Did you?
Show full review
See all 131 consumer reviews

All model years for the INFINITI G37 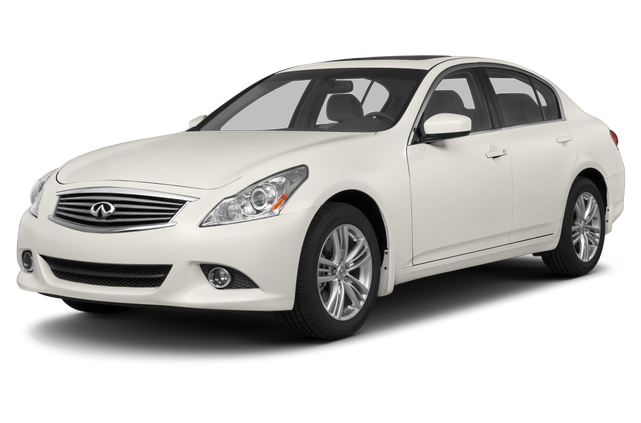 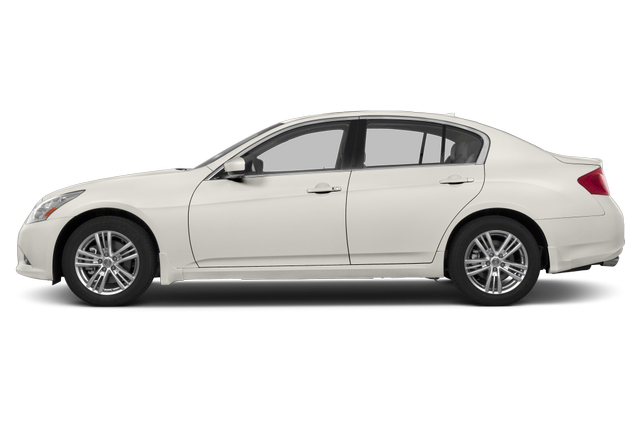 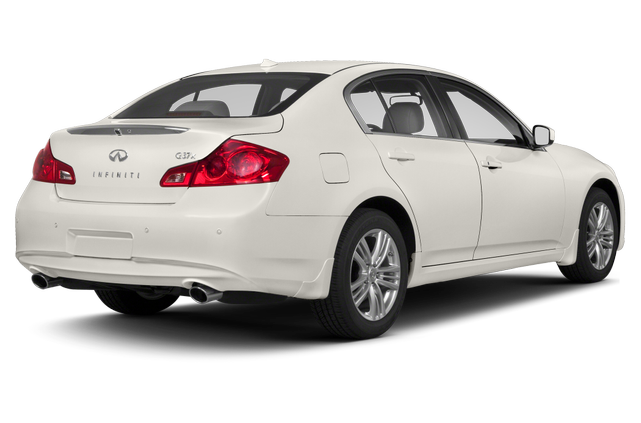 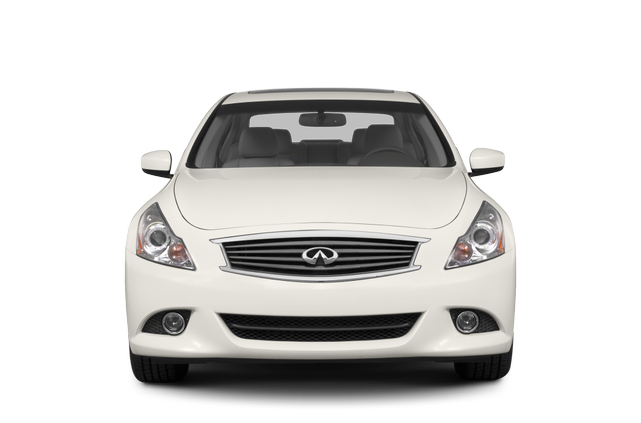 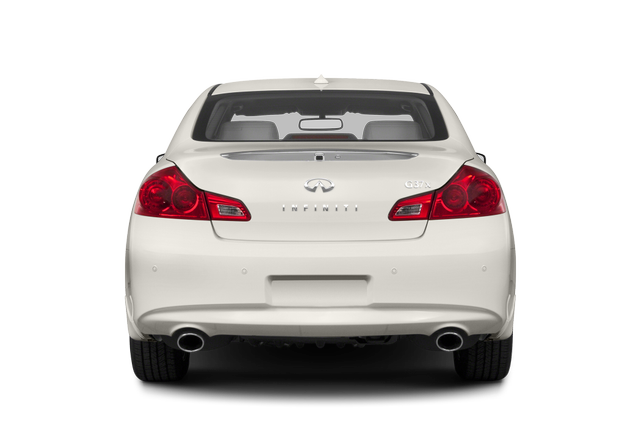 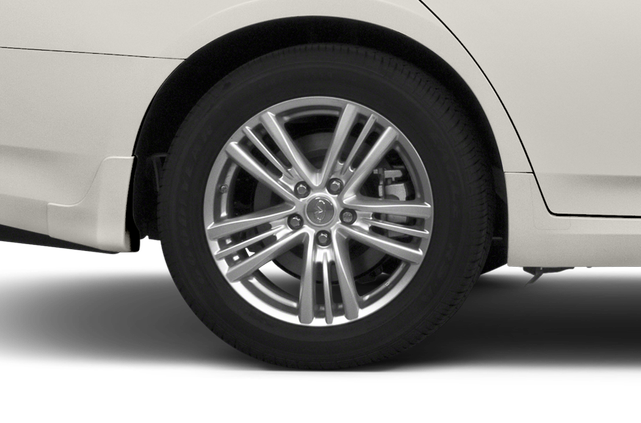 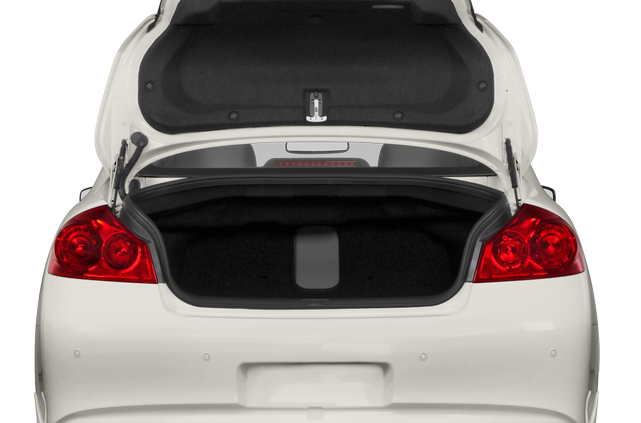 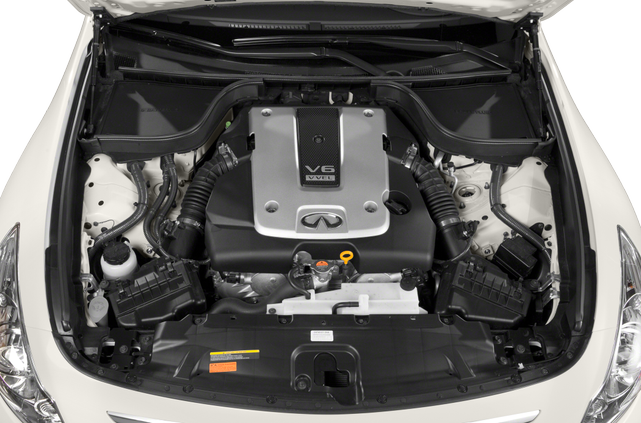 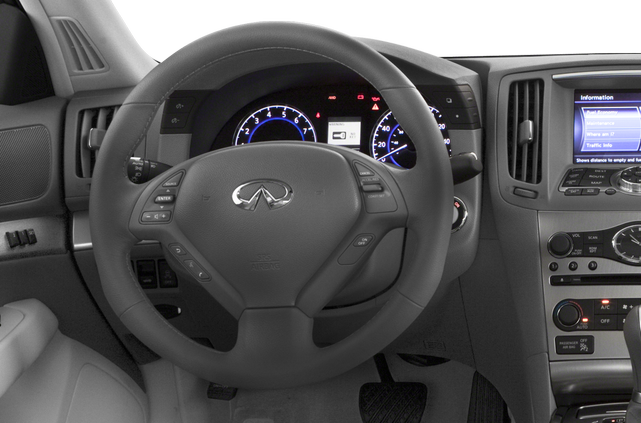 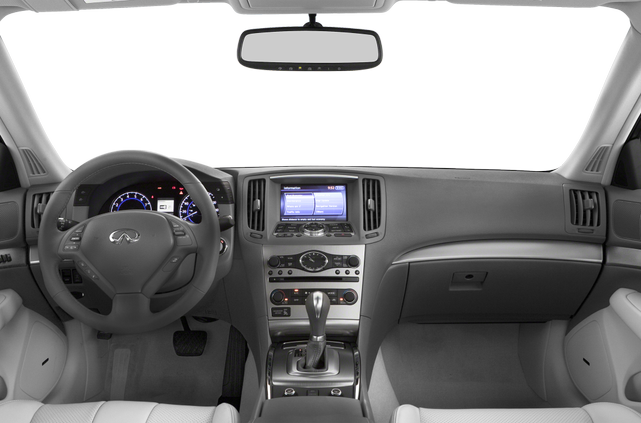 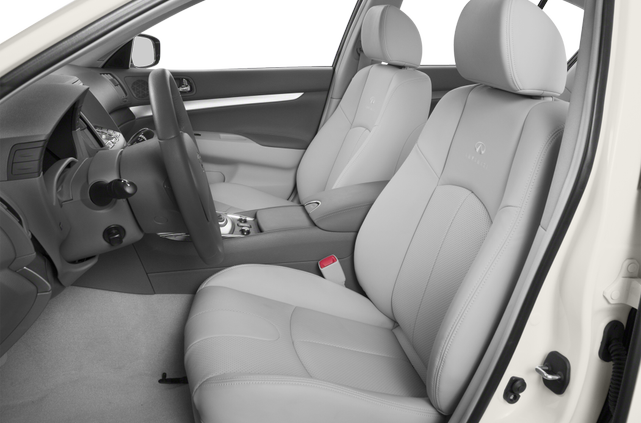 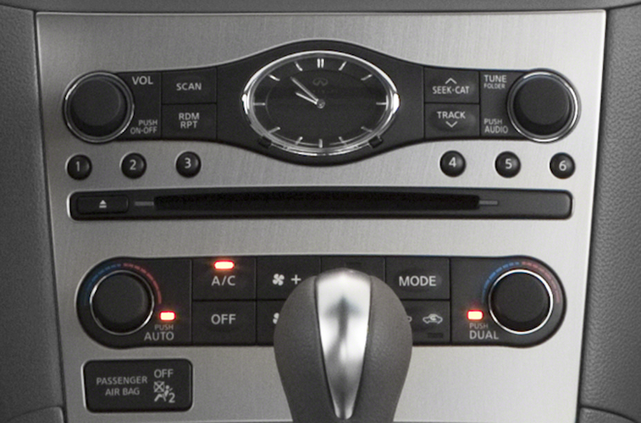 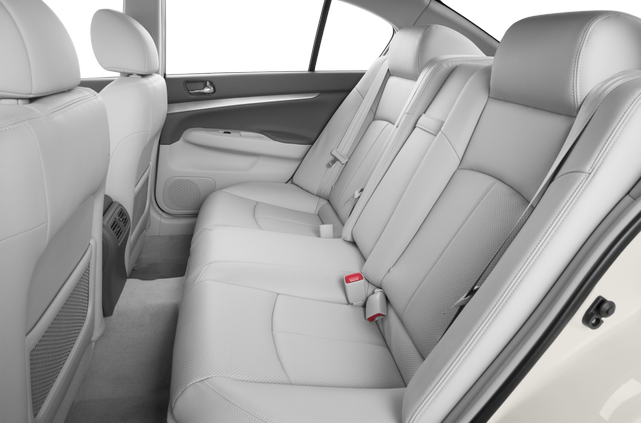 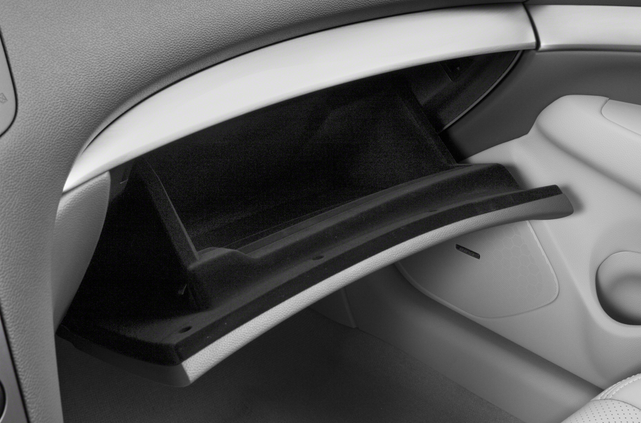 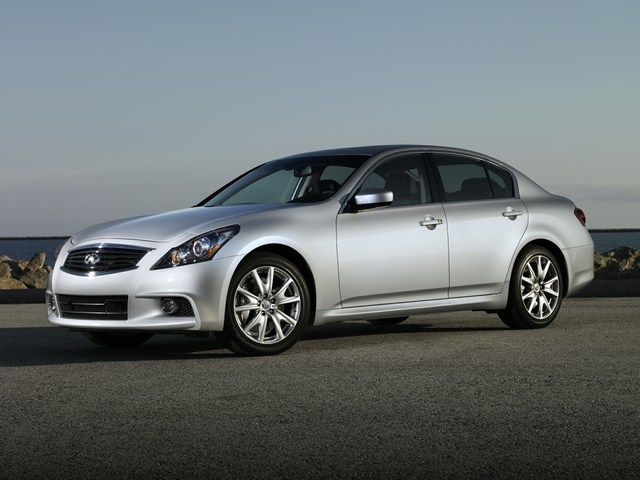 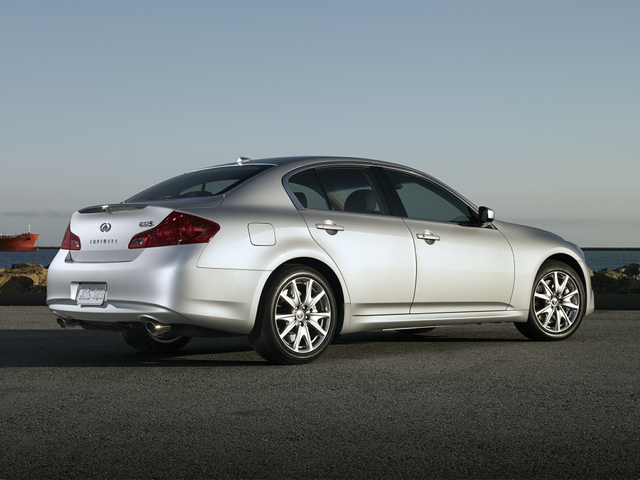 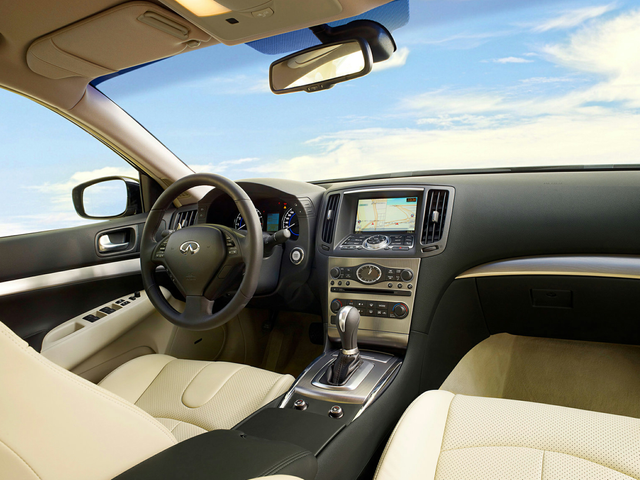