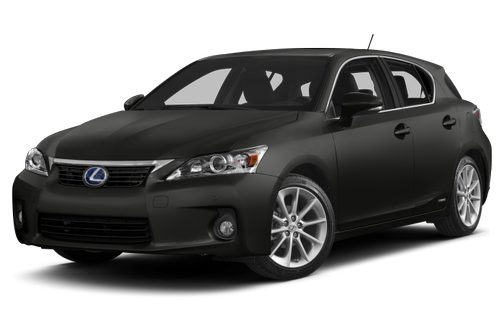 Our 2011 Lexus CT 200h trim comparison will help you decide.

The 2011 CT 200h feels at times like a cut-rate Lexus, but its combination of fuel efficiency and handling should win the brand some much-needed younger buyers.

The front-wheel-drive CT’s styling is the closest yet to Lexus’ LF-Gh concept, and it comes in base and Premium trims, which you can compare here. We evaluated a CT 200h Premium.

Thrust vs. Thrift
Thanks to the drivetrain’s immediate thrust, the CT 200h has adequate oomph for driving solo: It scoots from a stoplight well enough and maintains highway speeds with little trouble. But it lacks the reserves to pass on a whim, and barreling up to 60 or 70 mph from an on-ramp runs the poor thing out of steam. (And kilowatts, as it were.) Confident acceleration should be a given in any luxury car, even an entry-level one. Were it not for the instant power starting out — a characteristic of most hybrids, thanks to their torque-rich electric motors — I’d deem the CT a dog. As it stands, many luxury shoppers will indeed find the Lexus too poky.

At least the pokiness pays off in gas mileage. The CT has the same 1.8-liter four-cylinder and 60-kilowatt electric motor as the Prius hybrid (from Lexus parent Toyota). Total output for the engine and motor matches the Prius’ 134 horsepower, and the CT’s EPA-estimated combined mileage is 42 mpg. That’s 8 mpg short of the more aerodynamic Prius but well ahead of the diesel-powered Audi A3 TDI (34 mpg), the Volvo C30 (24 mpg) and the BMW 128i (22 mpg). What’s more, the CT runs on regular unleaded gas — not the norm for luxury cars. Based on my experience, the EPA figures seem conservative: On a 129-mile highway trip into the wind, I observed 43.5 mpg on the CT’s trip computer. With a stiff tailwind on the return leg, another editor reported nearly 60 mpg. Temperatures both legs were in the high 40s.

Like most full hybrids, the CT can cruise on electric power alone at low speeds. An EV button maximizes the distance it can go on just electric — about a mile, if the hybrid battery is full — but requires featherweight acceleration, low overall speed and a near-comatose driver behind you. Other driving modes include Eco, Normal and Sport; our observed mileage came largely in Normal mode. Sport mode hastens drivetrain response and holds engine revs longer. It’s enough to give illusions of power around town, but the fun is short-lived. Stand on the gas, and the drivetrain’s shallow limits show.

Handling, Braking & Ride Quality
If the CT stumbles in acceleration, it shines in handling. The steering wheel turns with a light touch at low speeds in Eco and Normal mode, but it wanders too much on the highway. Sport mode dials back the assist, improving feedback and highway stability a great deal. It also relaxes the threshold of the CT’s standard stability system, which intervenes smoothly when it must. (Alas, there’s no way to deactivate the stability system.) Drive the CT hard, and the nose pushes mildly, but the tail follows soon after — a dynamic that belies the car’s nose-heavy 60/40 (front/rear) weight distribution. Nicely done, Lexus.

Like its competitors, the CT rides firmly. We detected no flex, and the car stays planted on broken pavement, but the suspension doesn’t isolate very well. Major bumps produce loud ka-thunks, and too often the car surrenders to the plane of the road — up, down, up, down. Driving enthusiasts won’t mind, but the typical Lexus buyer will find the experience too much like an econocar.

Like all hybrids, the CT employs regenerative brakes that help recharge the battery. Lexus says it tuned the brakes for better refinement than the Prius. Indeed, the CT’s pedal feels more linear than the Toyota’s, but our test car’s pedal had a lot of hydraulic noise in the first inch or so of travel. A Toyota spokesman said the brakes should work noise-free, so that might have been an anomaly with our car. See for yourself on your test drive, and click the link at the bottom of the page to send me an assessment.

The Inside
Cabin materials are inconsistent for a Lexus — too much faux-metal plastic, a cheaper headliner than usual — but the same could be said for most sub-$30,000 luxury cars. For its league, the CT scores a few hits. The stitched upholstery around the instruments and center console evoke a pricier interior, and the optional navigation system’s mouse-like knob controller is a cinch to use. The automatic transmission’s springy electronic shifter mirrors that of the Prius: left and down into Drive, with a button for Park.

Several editors noted our car’s tight headroom — at 37.8 inches, it trails the A3, 1 Series and C30. Hemmed in by a high center console and narrow overall cabin, knee and hip room are also tight. The standard eight-way power driver’s seat slides far back, but the tilt/telescoping steering wheel has limited range.

Faux leather is standard; our tester’s optional heated leather seats felt as rich as in any Lexus. The seats are well-cushioned yet supportive, but larger drivers may find them too narrow. The backseat, meanwhile, is as inhospitable as an econocar’s: shoddier finish, no center armrest or reading lights, tiny doors, cramped legroom. The C30 has another 1.3 inches of backseat legroom, and it doesn’t even have rear doors.

Cargo room behind the rear seat measures 14.3 cubic feet. With the 60/40-split seats folded, maximum volume totals 32.3 cubic feet. Those figures split the difference between the cargo-deprived C30 and the roomier A3.

Safety, Features & Pricing
The CT 200h achieved top scores in all four crash tests by the Insurance Institute for Highway Safety, earning the car a Top Safety Pick designation. The CT has not been tested by the National Highway Traffic Safety Administration. Click here for a list of standard safety features.

The $29,120 CT 200h comes well-equipped. Standard features include dual-zone automatic climate control, faux leather upholstery, 17-inch alloy wheels, a power driver’s seat, keyless access with push-button start, and a USB/iPod-compatible stereo with steering-wheel audio controls and Bluetooth audio streaming. The CT 200h Premium adds a moonroof and heated seats — too little to justify its $1,780 price hike. Unfortunately, tacking on all other options, from a navigation system to genuine leather and an upgraded audio system, require stepping up to the Premium. Bah.

Load up the CT 200h with factory options, and the sticker tops out around $38,500. Curiously, even at the top end a power passenger seat isn’t available.

CT 200h in the Market
Lexus says CT 200h buyers cross-shop the Audi, BMW and Volvo competition — and the budget-luxury field is set to swell. Expect Mercedes and Infiniti to throw their hats in the ring, too.

But are the cars that swell? Most are what you’d expect: A half-step down from the brands’ usual fare, but appealing on their own strengths. So it goes with the CT 200h, which combines Lexus touches with a Toyota driving experience. The wild card is styling, where conservative Lexus took a radical leap. It paid off. The car looks sharp, which should draw as many car shoppers as its gas mileage. It may not live up to every tenet of the Lexus badge, but the CT’s prospects seem as bright as our test car’s nuclear-gold paint job.

Loved the car until motor blew out (at 86,000 miles) never showing it was heating up and warning light never came on! Have found out there was a recall for this in 2012 and I was never informed!! Am a 78 yr old widow and took care of car and now Lexus says it will be over $9000 to repair!!! No help from Lexus! I will be without a car!!

The best daily driver ever made

I have a first year 2011 with 76,000 miles still mint condition. I purchased it for a daily driver and someone had left it in a garage for 8 years. Here is my take, stylish vs a Prius, comfortable beyond compare. Seats are comfortable for long drives. The interior is nice just not as nice as top luxury interiors but still luxury for a commuter car. The power is minimal but the handling and steering is amazing for such an eco friendly car. The storage isn’t the most but it does provide lay down seats allowing a hatchback cavity to put things. Gas mileage is 46.2 mp and cruises at 75mph smooth and efficiently. I can’t imagine selling this car. I’ll drive to 300,000+ As a daily driver and be happy the whole time. I have a new Cadillac CT6 and frankly I like this better. Reliable is also the key, no known issues for these models. That’s rare and you couple that with good styling, fuel efficient, comfortable yet still maintains a sporty feel despite its Prius drive train you have a winner. Best used daily driver someone can pick up for a reasonable amount of money. The Prius has more room better mileage but it lacks style, refinement, driving performance n feel. This has that and it’s a Lexus which doesn’t feel so Prius like when others are judging you in traffic lol.

This was my first Lexus but I'll buy another if I want a car again. Very ergonomic cockpit, comfortable. In sport mode it is fast off the line but in regular mode it is a dog. Excellent commuter car in an urban environment and gets into any parking spot. Not good in snow despite FWD. Light rear-end can bounce at times, like going over rumble strips or when stopping on new or loose gravel. 5 doors, 60/40 rear seat and hatchback allow superb flexibility for hauling people, dogs, things, etc. Very adaptable car ahead of its time.

Rating breakdown (out of 5):
1 person out of 1 found this review helpful. Did you?
Show full review
See all 50 consumer reviews 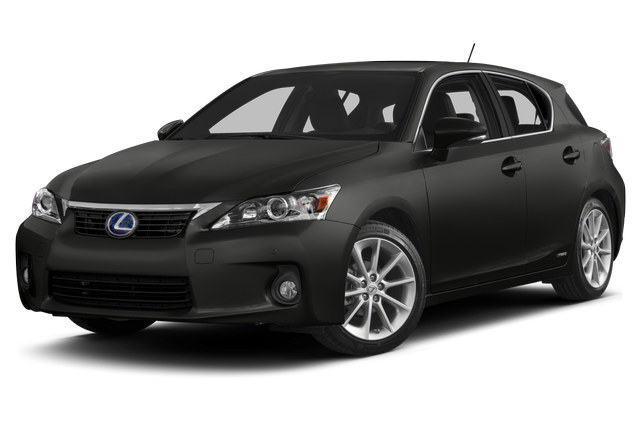 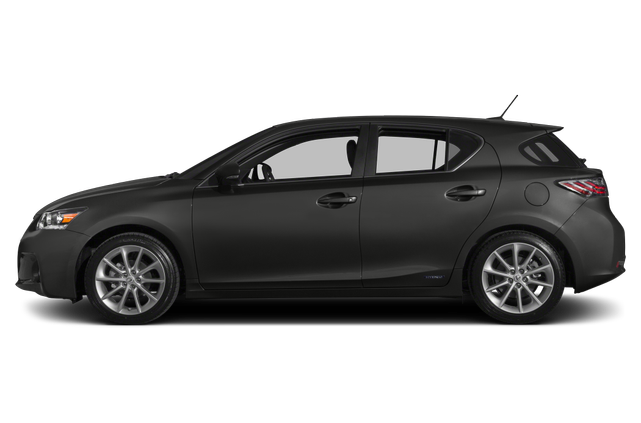 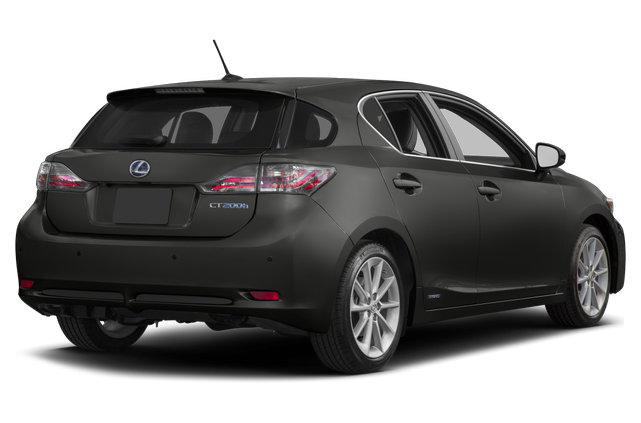 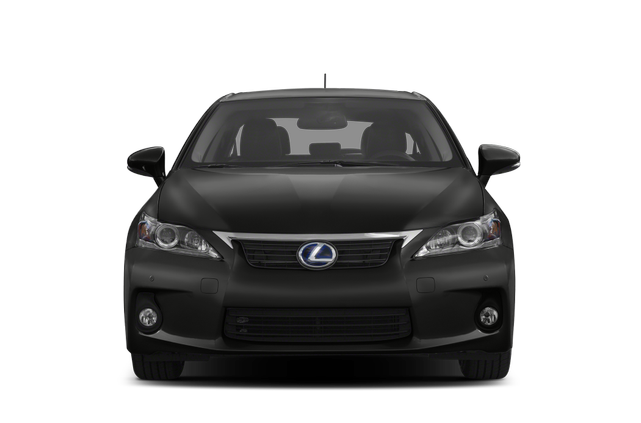 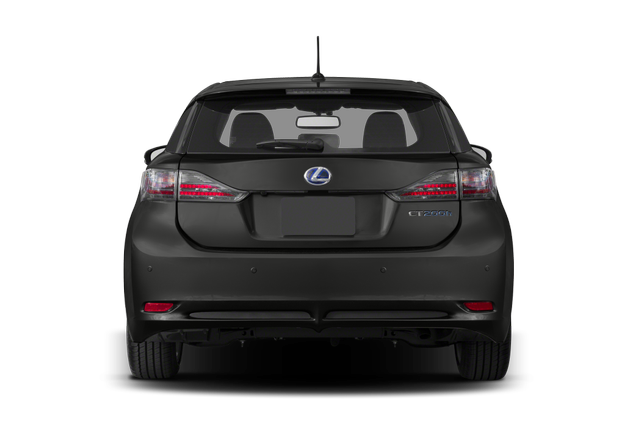 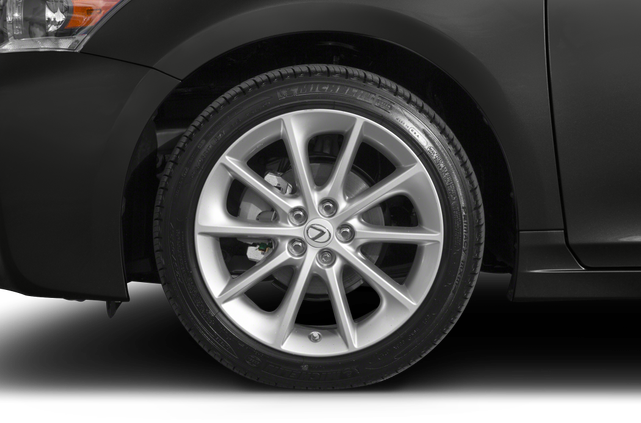 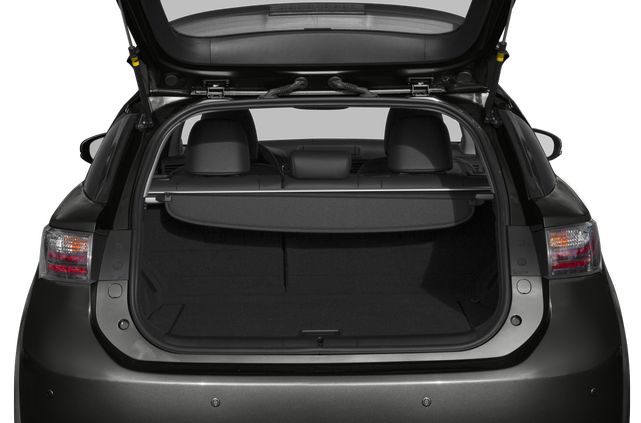 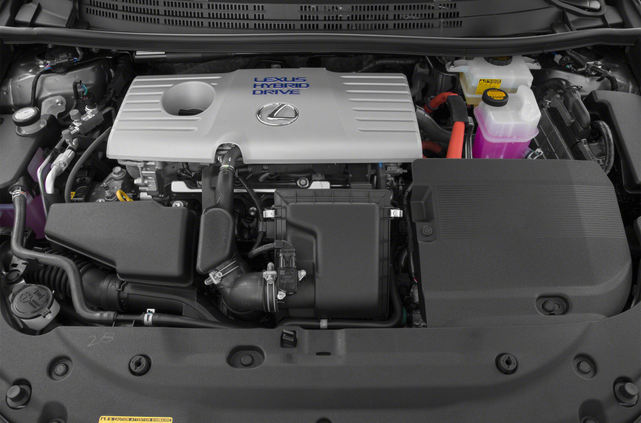 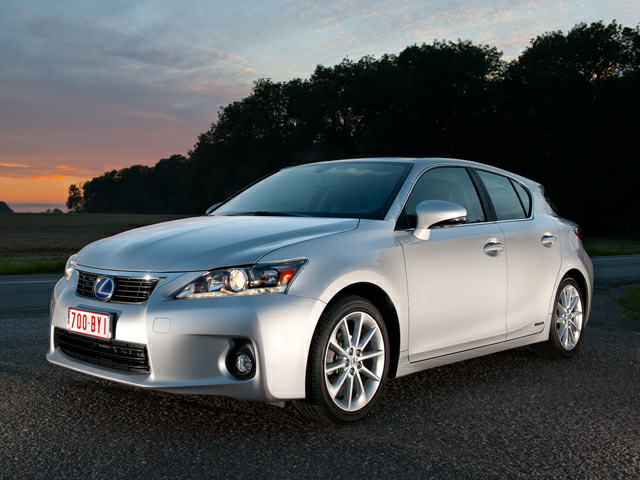 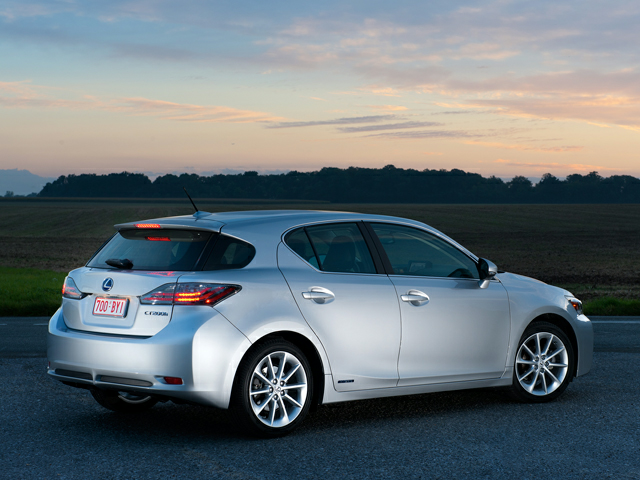 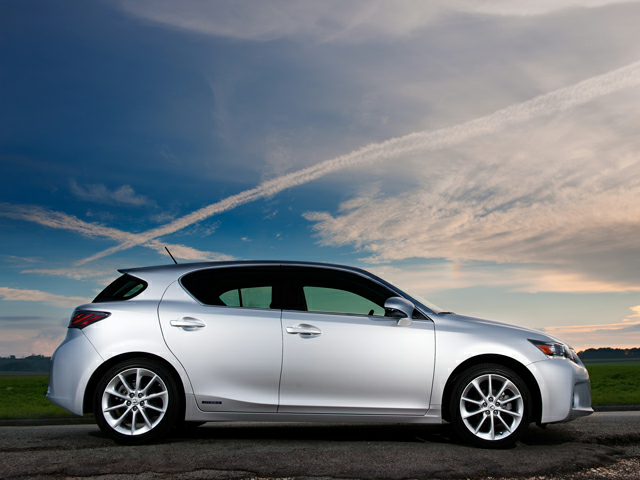 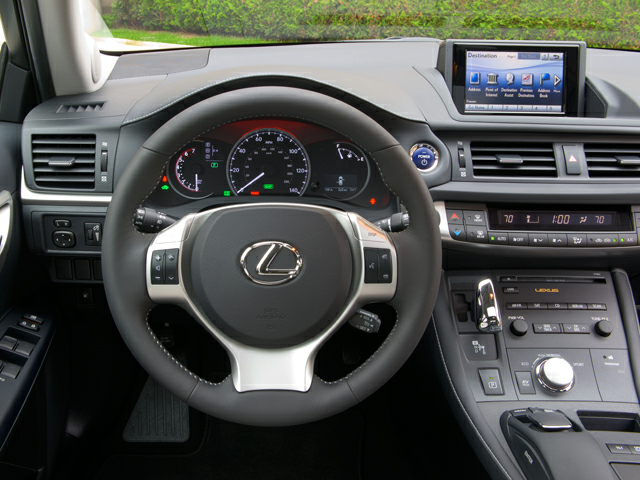 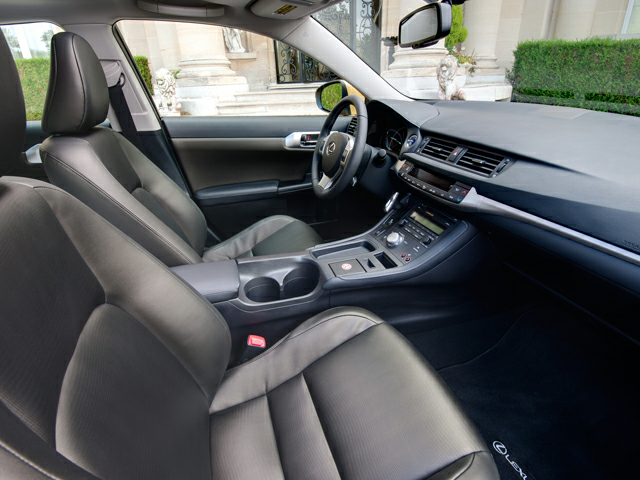 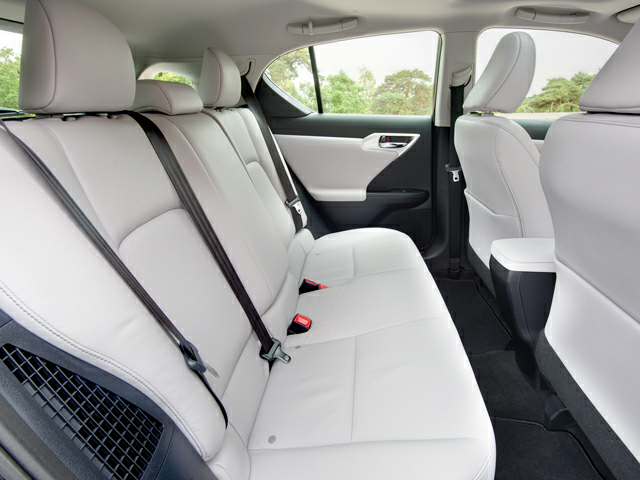 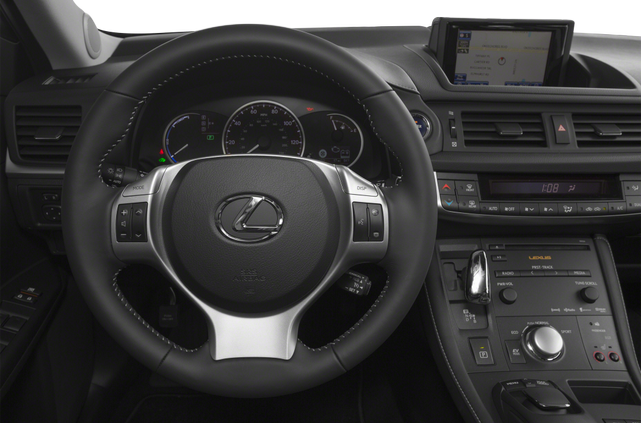 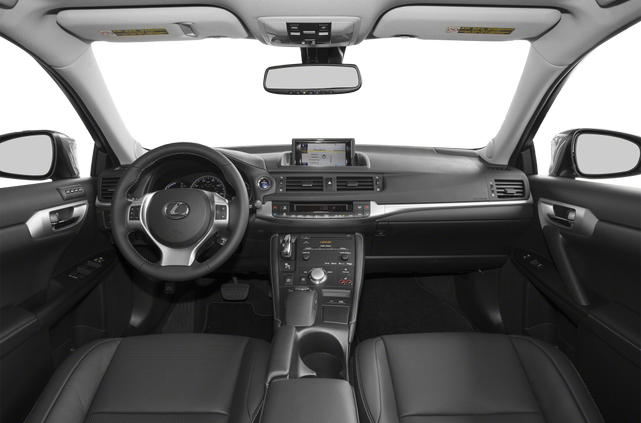 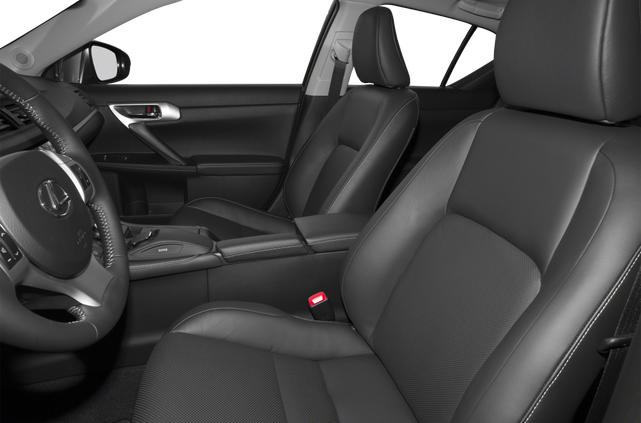 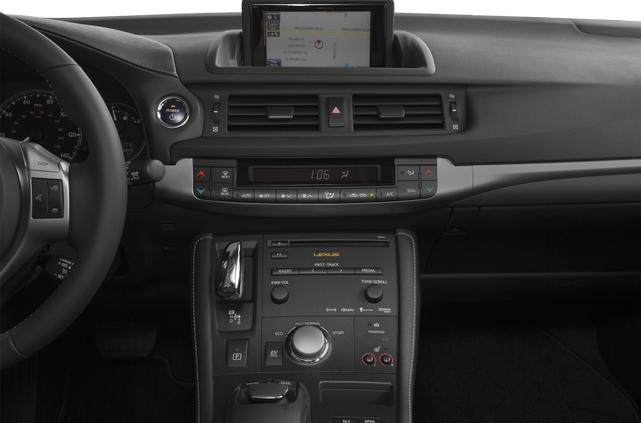 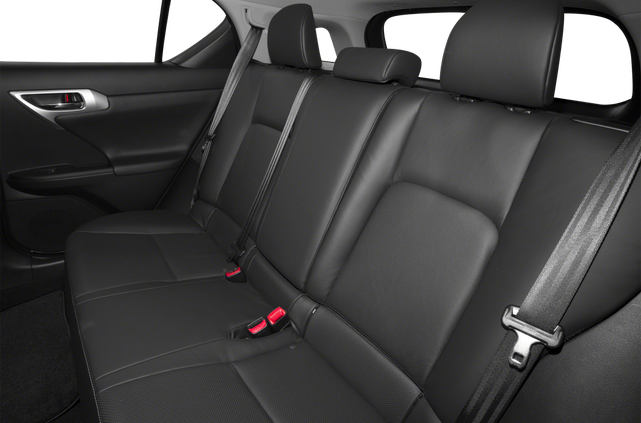 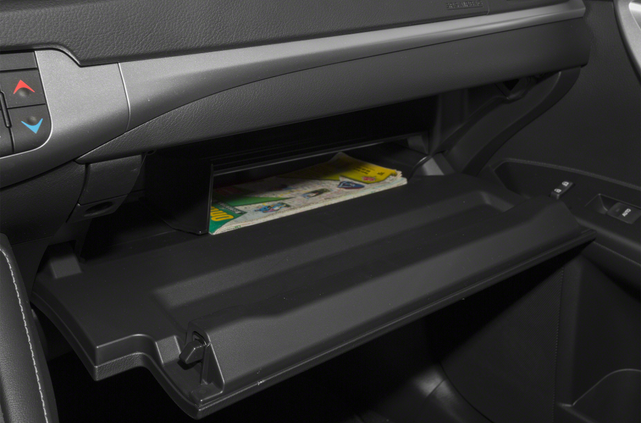 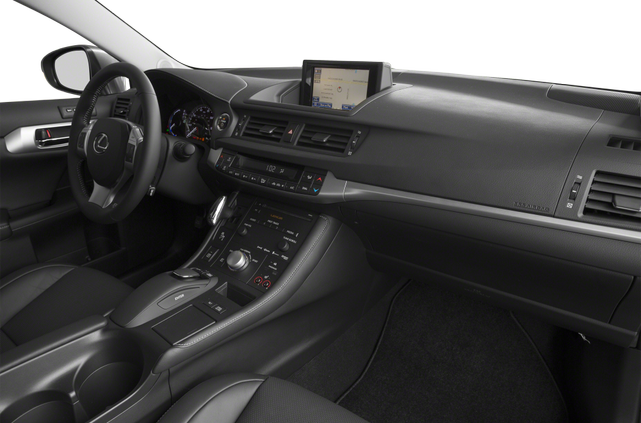 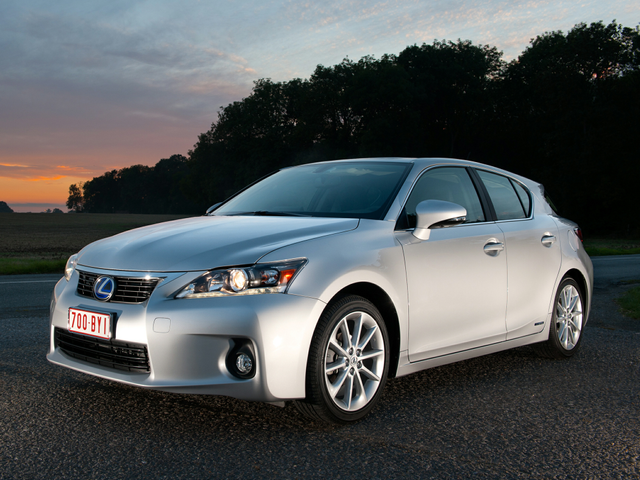 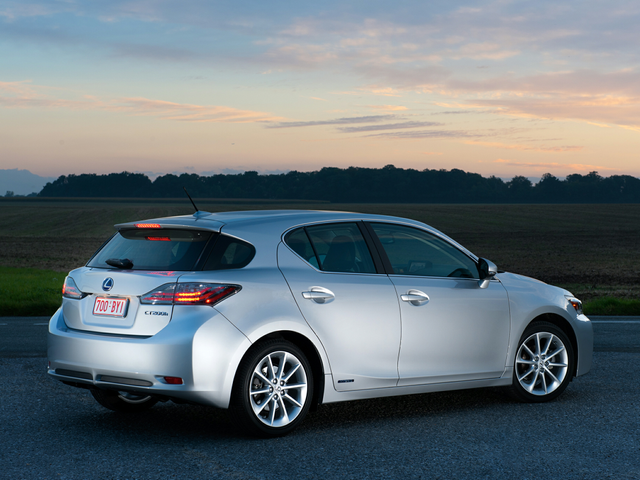 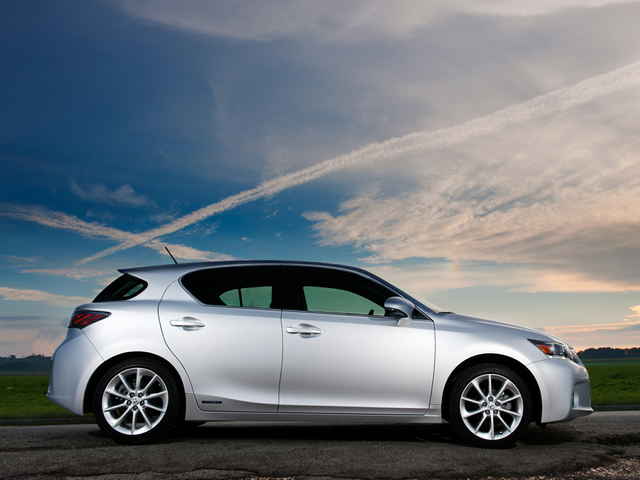 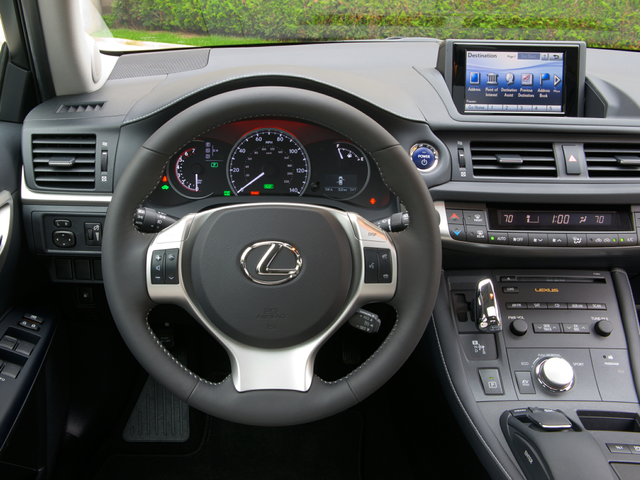 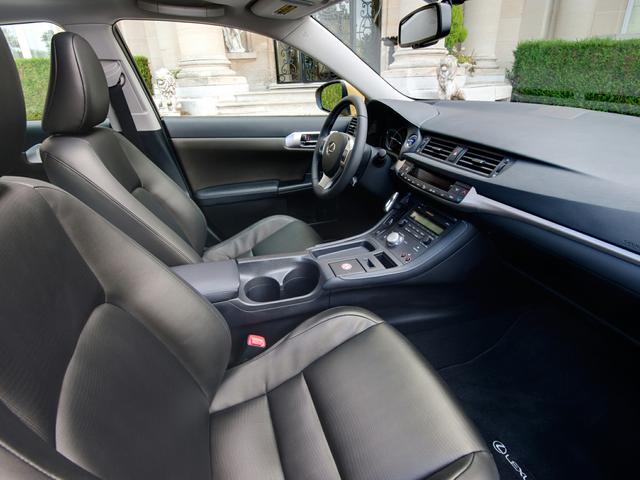 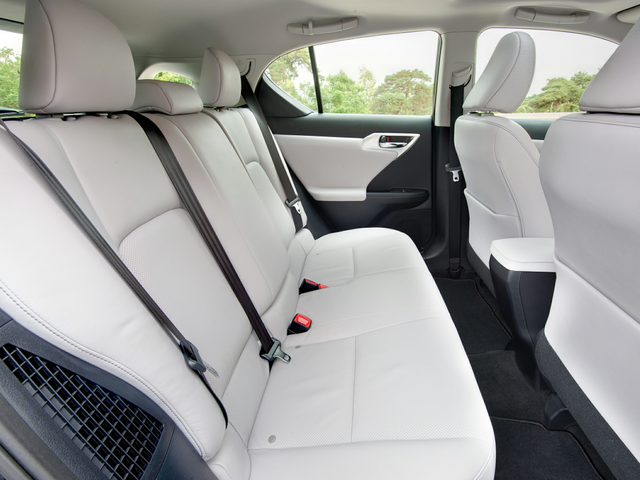