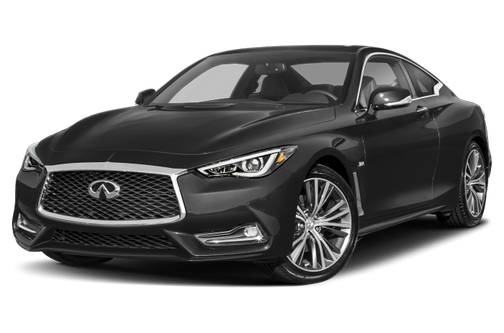 Our 2017 INFINITI Q60 trim comparison will help you decide.

The verdict: Infiniti has created another luxury sports coupe that stands out for all the right reasons: It's stylish, sharp and a blast to take out on the open road.

Versus the competiton: The Q60's driving experience is something the competition would be smart to emulate. Its performance technology enhances the way it drives, and the Red Sport trim’s engine is fantastic, with easy power and lots of acceleration.

When I think about Infiniti as a whole, my mind turns to two cars: the G35 and the G37. Those sports coupes are the most successful, iconic nameplates the Japanese luxury automaker has ever produced. A practically unchanged G37 became the Q60 when Infiniti changed all its model names, and the 2017 model marks the first time the car has been redesigned since 2008.

The Infiniti Q60 took a hiatus for 2016, and the redesigned 2017 Q60 looks to keep Infiniti’s sporty coupe tradition alive. Compare the new car with the 2015 version here.

The Q60 competes with other luxury sports coupes, such as the Audi A5, BMW 4 Series and Mercedes-Benz C-Class coupe. See all four cars compared here.

Each trim is offered with rear- or all-wheel drive, which is good news for car shoppers who live in areas with snowy or wet weather.

I tested the top version of the Q60, the Red Sport 400, in both RWD and AWD variants.

The 2017 Infiniti Q60 is an attractive car, with a big mesh grille that’s just bold enough to keep the front end interesting without being tacky. Its overall shape reminds me of the fastback look that’s back in style again (as seen on vehicles like the Ford Mustang). Nineteen-inch alloy wheels come standard on all Q60 models, but the Red Sport’s wheels get a unique design. LED headlights, fog lights and front-door courtesy lights are also standard.

The base engine is the turbocharged 2.0-liter four-cylinder in 2.0t models. It makes 208 horsepower and 258 pounds-feet of torque and is mated to a seven-speed automatic transmission. That’s the only transmission available on the Q60.

Both the rear- and all-wheel-drive Red Sport trims I tested were loaded with all of Infiniti’s performance goodies. Those include a Dynamic Digital Suspension with adaptive shock absorbers, Active Trace Control, Adaptive Shift Control and Direct Adaptive Steering (a $1,000 option). I worried before my drive that the inclusion of all those systems would somehow numb the driving experience, resulting in my feeling detached from the road. But my fears were quickly laid to rest; the Q60’s steering feel, ride and handling are all excellent.

The adaptive suspension on the Q60 works by using electronically adjustable shock absorbers that can change the nature of the car. In comfort settings, the suspension becomes more pliant to soak up bumps in the road. In Sport and Sport Plus (in which I was more interested), it stiffens up to keep the car flat during hard cornering, increasing the amount of grip because the weight of the car doesn’t lean as much over the outside wheels. In other vehicles I’ve tested, some of these systems work almost too well, keeping the car so flat it mutes the amount of feedback you get. But that was not the case in the Q60; I could still feel the amount of grip the car had and, just as importantly, the sensation of speed was still present. It’s no fun to drive a car fast if it feels slow.

I had similar misgivings about the steering. Direct Adaptive Steering removes all mechanical linkage between the steering wheel and the wheels (minus a backup system), relying on electronics to translate driver inputs. The system debuted on Infiniti’s Q50 sedan back in 2014; this is the second generation, and Infiniti says it offers improved feedback. Those updates worked, because steering feel was excellent. I was able to put the car right where I wanted in turns and had enough feedback that it didn’t feel detached. The line between too artificial and just right is a very thin one, and the Infiniti Q60 manages it perfectly.

Similar to its road feel, the Q60 Red Sport’s engine is also excellent. The Red Sport’s version of the V-6 adds an optical turbine speed sensor that allows the twin turbos to spin faster and increase the amount of boost pressure. It also adds a second water pump to increase flow to the cooling system and control the heat that comes from the added pressure.

There’s no discernible turbo lag, either; max torque is available from 1,600-5,200 rpm, and the V-6 pulls at low and high rpm alike. It’s a fantastic engine, and the Q60 Red Sport loves to flash its power. Everything about this car screams at you to push it, and I wasn’t able to find its limits. It has outstanding grip, balance and acceleration. I loved it.

Infiniti says you can set up the car 336 ways, adjusting the steering, suspension and throttle to your liking. The Infiniti Q60 also comes with five drive modes already programmed in: from least to most aggressive, Snow, Eco, Standard, Sport and Sport Plus. Each drive mode has a different feel and I found myself using all of them except Snow (driving in Southern California means not much of the white stuff). The modes make the Q60 Red Sport rather versatile; it can be comfortable or sporty at the flick of a switch. There was just one mode I didn’t like: Eco. It deadens throttle inputs too much and makes the variable-resistance pedal harder to press, which makes starts a chore. Once you’re up to speed, Eco mode does a fine job gliding or maintaining speed, but driving in between stoplights was an exercise in frustration.

This being a coupe, the two front seats are comfortable, but there’s not much room to speak of in the back. It’s better than some coupes, as I was able to at least fold myself into the backseat on the passenger side, but with the driver’s seat where I like it I wasn’t able to slide behind it to reach the back.

The quality of materials is impressive in the Red Sport, with its semi-aniline leather and real carbon-fiber accents around the cabin. Looking out from the driver’s seat, sight lines are average (which is good for a coupe). Though the C-pillars look very thick from the outside, I was able to see over each shoulder without too much trouble.

Interior technology has been updated and my test vehicle was outfitted with Infiniti’s Premium Plus Package ($2,250), which adds navigation, Sirius XM traffic data and Infiniti InTouch services.

Infiniti stuck with its two-level LCD setup, which puts an 8-inch display above a 7-inch touchscreen in the dashboard of every Q60. The upper screen displays the navigation system’s map, and a small knob behind the gearshift is used to move the map and zoom in and out. The lower screen is easy to reach from both seats.

The system itself worked well. There were no hiccups or lags I could detect, and the control knob was easy to reach and responsive. There is one drawback, however, to the infotainment system: Android Auto and Apple CarPlay are not available.

The Infiniti Q60 offers 8.7 cubic feet of cargo room in the trunk, and the rear seat can fold down to store larger objects, but that still isn’t much room. (It’s about half of what you’ll find in a mid-size sedan.) It’s enough to store small bags for a weekend, but large suitcases would be a tight squeeze.

Besides the Infiniti Q60’s new engine, the other big change for 2017 is the addition of many high-tech safety features. My test model came with all of them.

In my testing, each of these systems performed without incident. The Infiniti Q60 also had a cool trick up its sleeve that I didn’t expect: A small button on the steering wheel activates a more robust set of features, including forward collision warning with automatic braking, lane departure warning and assist, and the blind spot intervention system. I turned the systems on while on the highway, along with the adaptive cruise control, and the car drove itself without any inputs for about 10 miles. There wasn’t even an alarm to grab the wheel, like you find in similar systems from other automakers. This only works on straight or gently curving highways with flowing traffic. It won’t work if the road you’re on is curvy, as the Infiniti Q60 has limits to how much it will turn without any driver input.

When I did this, I had my hands about an inch from the wheel the whole time, ready to take over; it would be a mistake to just flip the safety features on and zone out. Though the technology is impressive, to treat it like an autonomous car would be a mistake — a dangerous one.

To see a full list of the Q60’s safety features, click here. There were no crash-test results available for the Q60 as of this writing. If it’s tested by the Insurance Institute for Highway Safety or the National Highway Traffic Safety Administration, those results will appear at the provided links.

The Infiniti Q60 has a wide price range, as do all its competitors in this class. Base price starts at $39,855 (including destination) for RWD versions with the 2.0-liter engine. If you want to add AWD to any Q60 model, it’s a $2,000 option.

The Red Sport model I tested starts at $52,205 — $54,205 with AWD. The tester I drove included the Driver Assistance, Technology and Premium Plus packages; Direct Adaptive Steering; and Dynamic Sunstone Red paint that added another $800. Total cost: $60,355.

As far as value is concerned, the bottom part of the Infiniti Q60 lineup matches up with its competitors on features and price, but the lineup offers better value up at the top. Though roughly $60,000 is not chump change, the Red Sport undercuts other high-performance luxury sport coupes, like the Cadillac ATS-V and BMW M4, by several thousand dollars — even when optioned out pretty much all the way.

I was smitten by the 2017 Infiniti Q60 Red Sport. It offers a spot-on driving experience and a comfortable and quiet interior, along with new technology that worked on the first attempt.

Engine died while driving on highway, without warn

February 28, 2021
By Teacherguy from Pennsylvania
Owns this car

This thing almost killed ne. Engine died suddenly while driving on a highway with no shoulder. I coasted as it quickly lost speed and luckily made it to a place to turn off before it stopped moving.

Rating breakdown (out of 5):
5 people out of 8 found this review helpful. Did you?
Show full review
4.9

January 26, 2021
By Lisa from Castle Rock colorado
Owns this car

Perfect. Fast . Quality is great. One thing that makes me mad is the 2017 does not have digital speedometer. Who would think to look for that for this year.

All model years for the INFINITI Q60 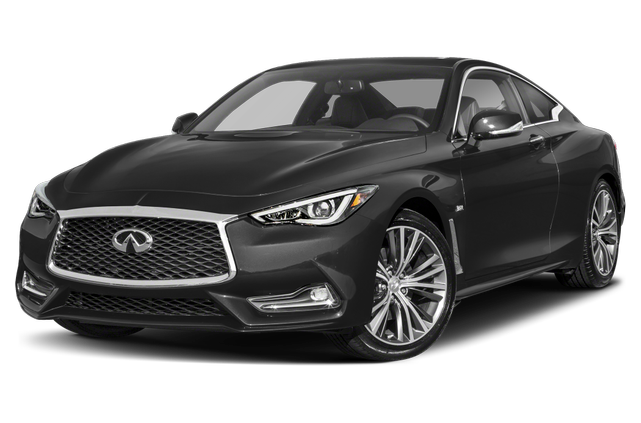 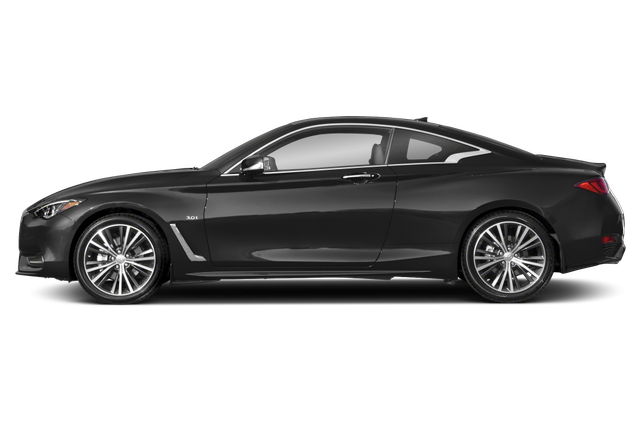 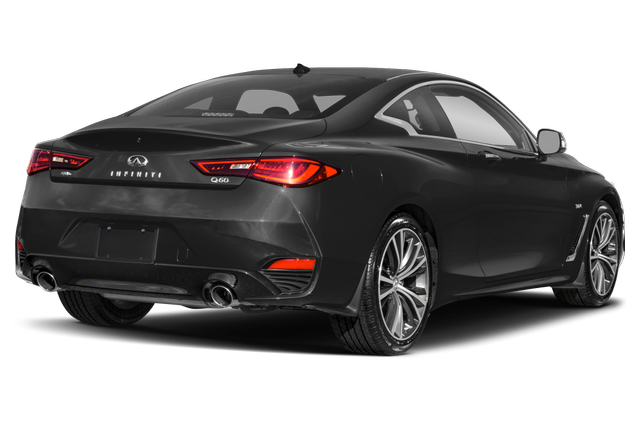 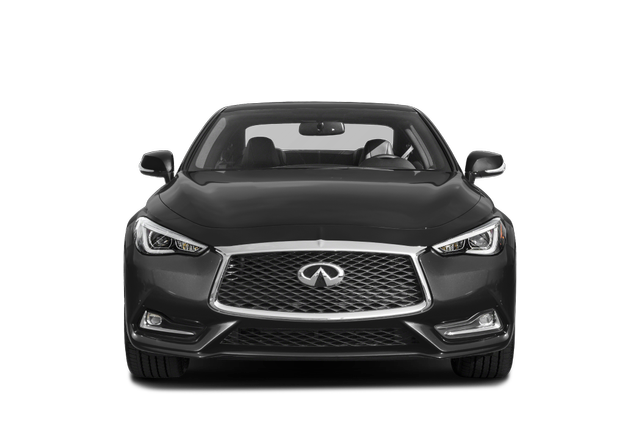 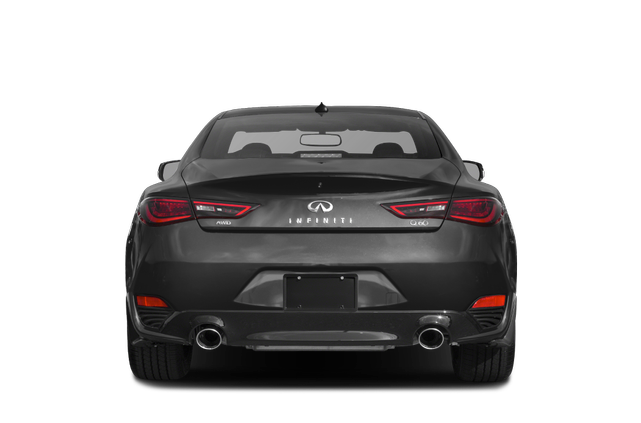 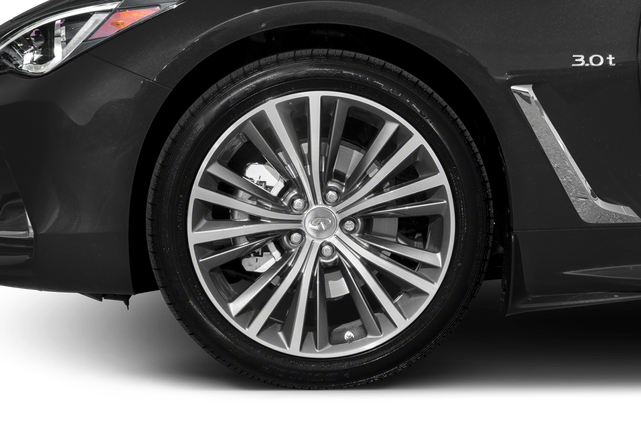 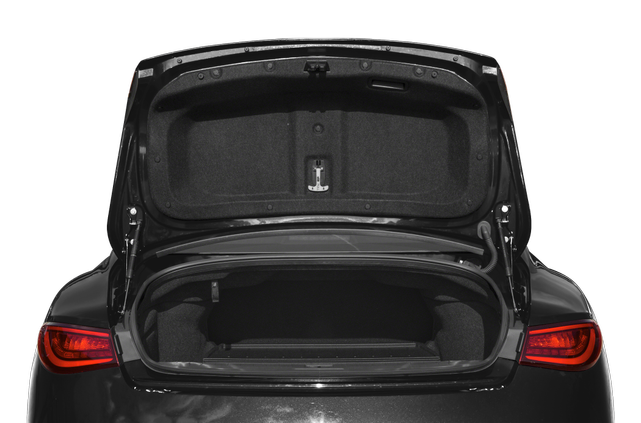 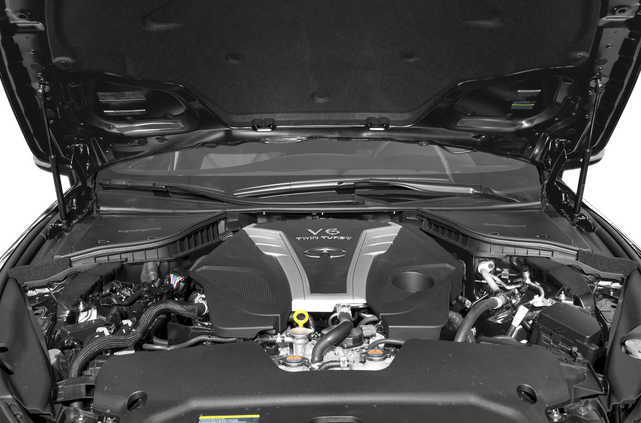 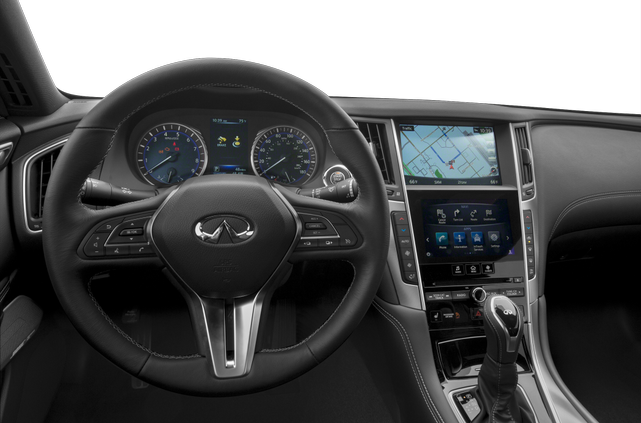 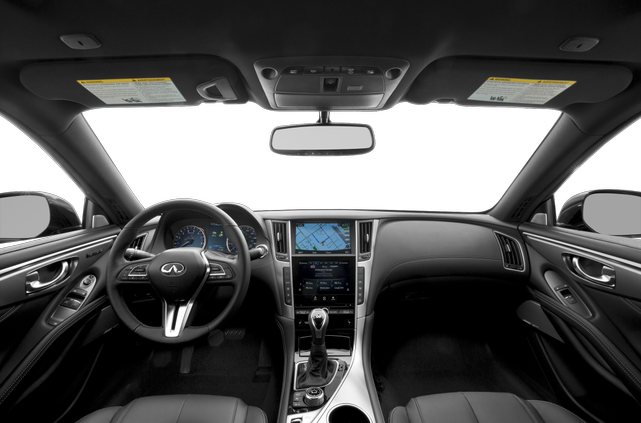 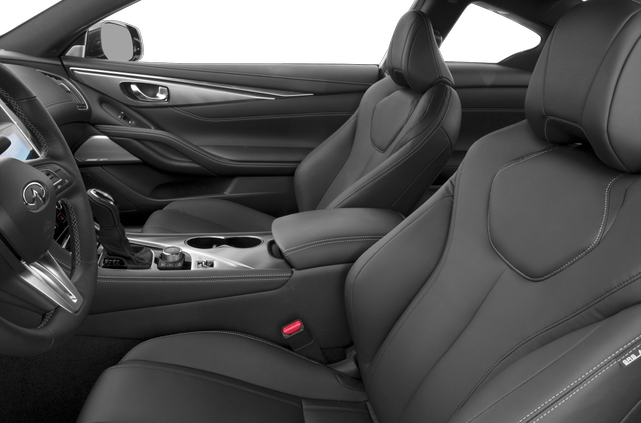 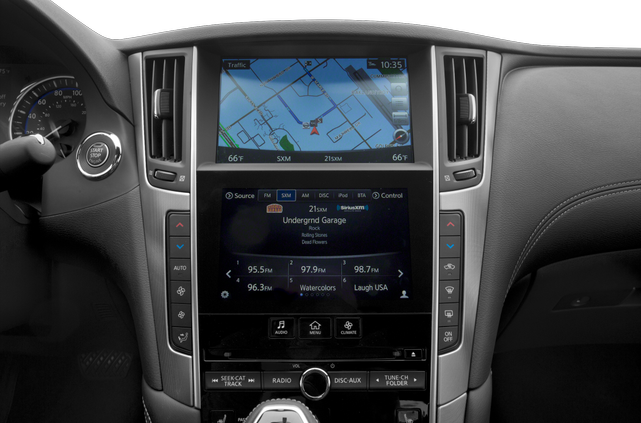 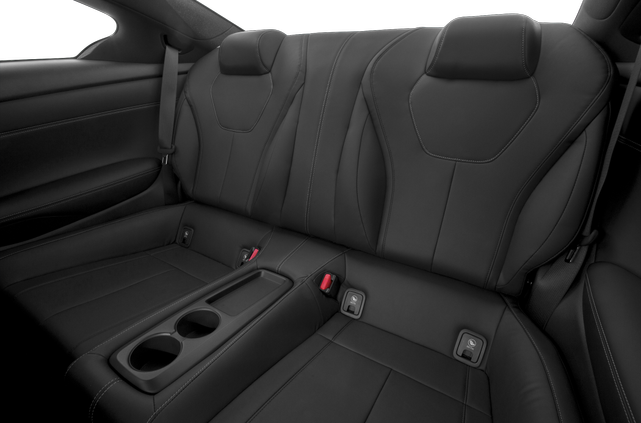 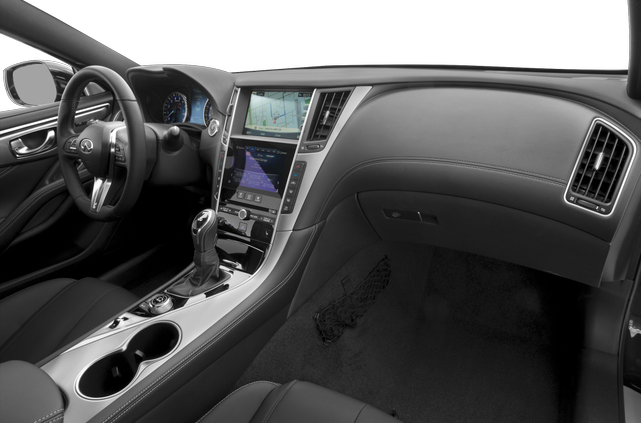 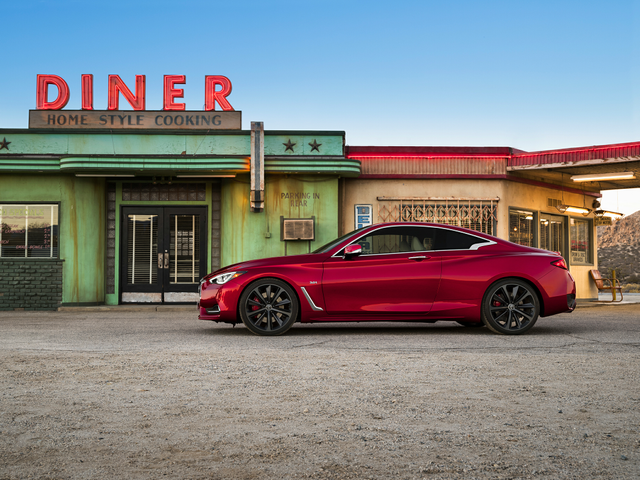 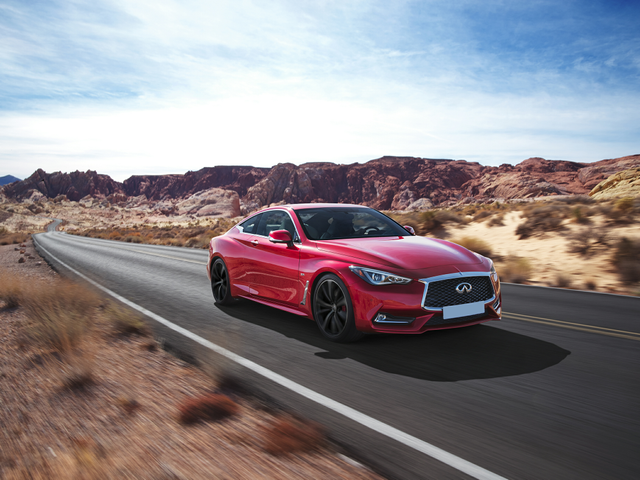 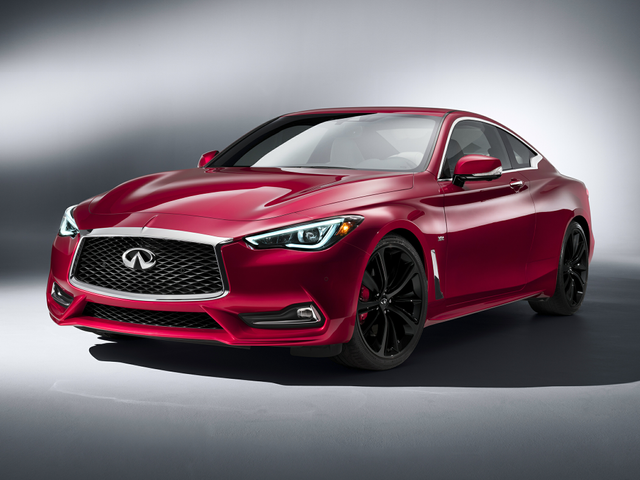 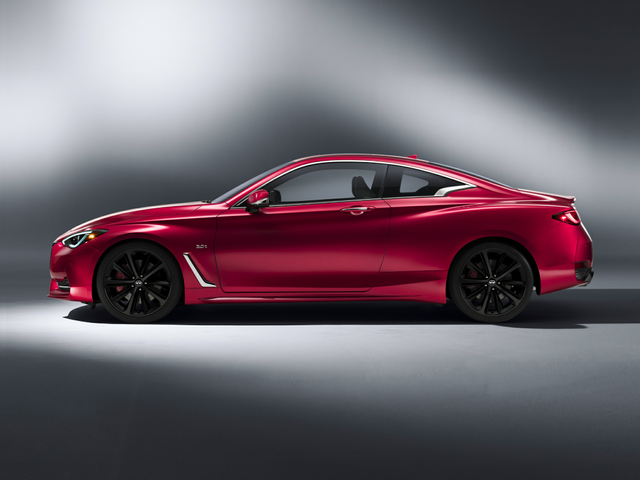 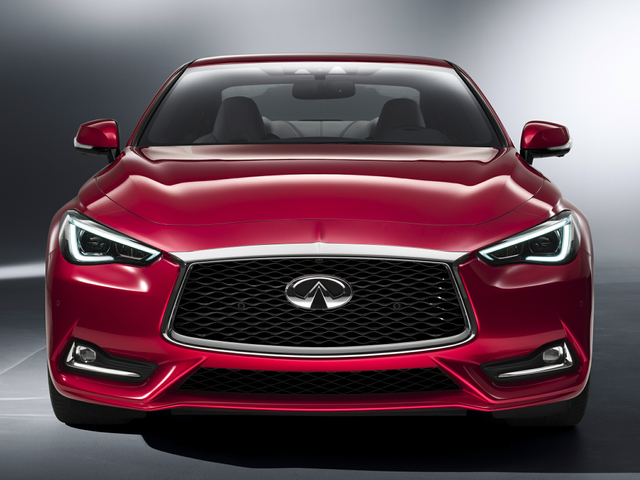 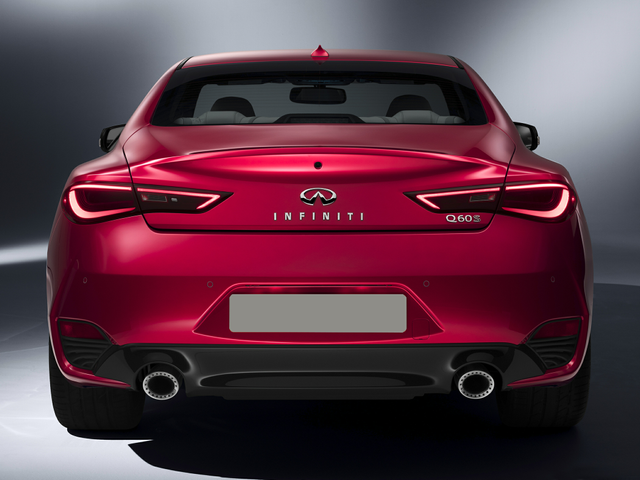 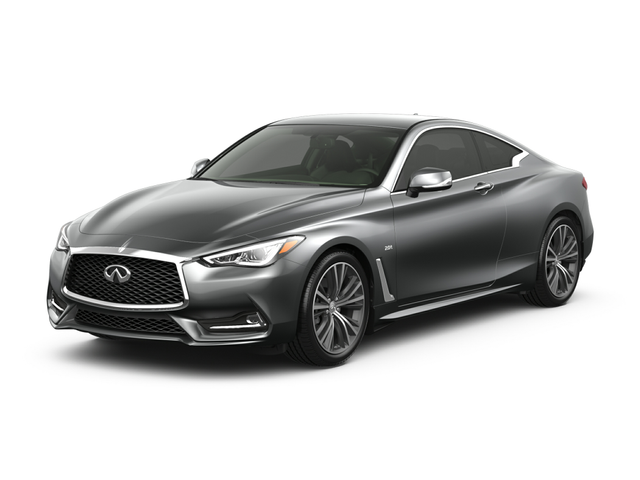 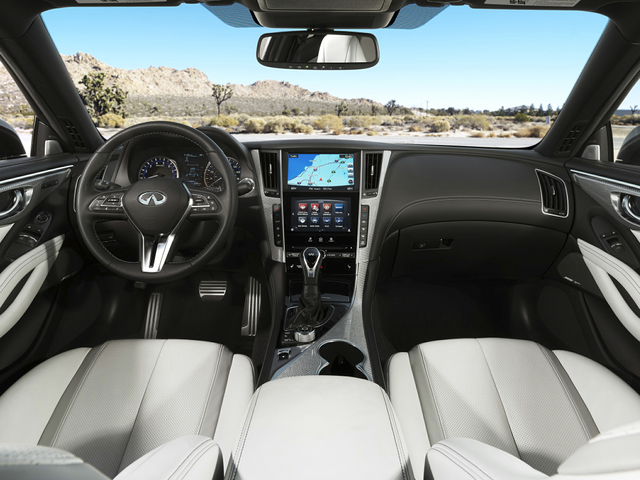 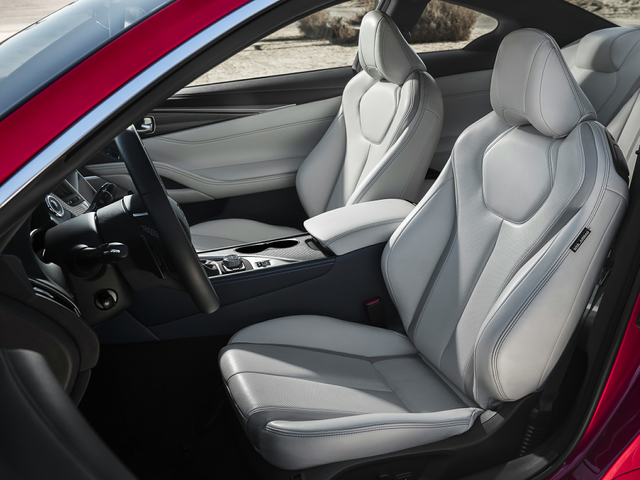