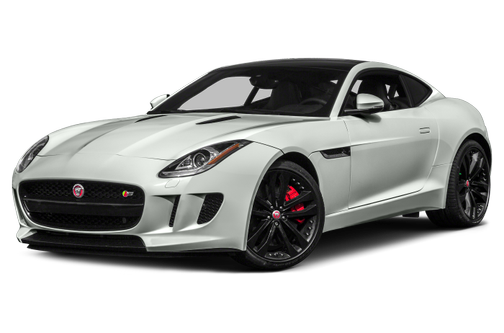 Our 2015 Jaguar F-TYPE trim comparison will help you decide.

The 2015 Jaguar F-Type is an exhilarating sports car, but our experience with two early models raises concerns about its build quality.

The two-seat, rear-wheel-drive F-Type has a range of attributes: intoxicating power and handling, posh cabin materials, alluring proportions, stuff falling apart. That’s right — halfway into our first weekend with an Jaguar F-Type R coupe, one editor walked out of his house to find that the low-80s July heat had overwhelmed the center mirror’s adhesive. There it hung by a wiring harness from the overhead console.

It’s not the first time something has gone awry in an F-Type, not to mention other Jaguars. We dropped ours at a local dealership, which returned it less than a day later with the mirror remounted. We had no further issues with the car. Still, if you plan to own one past its warranty period, events like this are troubling. It’s a shame, really, because the F-Type is otherwise a marvelous car.

A coupe joins the roadster for 2015. Both cars offer supercharged V-6 or V-8 engines; the V-8 has 495 horsepower in the roadster and 550 hp in the coupe. Compare the whole group here. Our review focuses on the coupe, so click here to read our take on the roadster.

Exterior & Styling
You didn’t have to look far to imagine a coupe version of the F-Type roadster when it showed up a year ago. Jaguar already had one: the C-X16 concept coupe from 2011, which was the basis for both F-Type body styles. The 2015 F-Type coupe stays faithful to the C-X16, with an attractive profile that sweeps from the A-pillars to the tail without any real corners.

Eighteen-inch wheels are standard; 19s and 20s are optional. The Jaguar F-Type R gets the 20s, along with quad tailpipes, the sole visual differentiators. The V-6 F-Type and F-Type S have twin, center-mounted pipes.

How It Drives
Fed by a Roots-type supercharger, the Jaguar F-Type’s 5.0-liter, direct-injection V8 S makes a hellacious 550 hp that comes on fierce anytime, regardless of vehicle speed or engine rpm. Torque, at 502 lb-ft, wallops you from 2,500 to 5,500 rpm, and accelerator response is immediate. The Jaguar F-Type’s SpeedShift eight-speed automatic kicks down to lower gears as fast as the brand’s earlier — and excellent — six-speed automatics once did. (The eight-speed automatic in some of Jaguar’s other models, by contrast, is more SlowShift.)

When you switch the drivetrain to Dynamic Mode — which firms up the adaptive shocks, dials back power-steering assist and sharpens drivetrain response — even half-stabs at the gas can break the rear tires loose. Dynamic Mode also redirects the car’s exhaust down freer-flowing pipes, which turns the exhaust note from a medium baritone to a hissing, popping, rip-snorting snarl. (You can turn this feature on individually, too.) Jaguar calls it Active Sports Exhaust. One editor thought it a bit over-the-top, but so is the drivetrain. For some reason, it all fits.

Jaguar says the F-Type R hits 60 mph in a blazing 4 seconds, which is a hair quicker than the F-Type V-8 S roadster (4.2 seconds) and significantly quicker than base and S versions of either body style (4.8 to 5.1 seconds). The F-Type R is quicker than a, eight-cylinder powered Audi R8 or Aston Martin Vantage, as well as the vast majority of Porsche 911s. All three competitors offer quicker variants, to be sure, but none fall anywhere close to the F-Type R’s price.

Even with the V-8’s extra weight, the F-Type’s nose stays relatively put, allowing you to slide the rear out with progressive accelerator inputs. The car rotates easily enough, resisting understeer in most situations — no doubt helped by Jaguar’s Electronic Active Differential, which meters power between the left and right rear wheels and functions as a limited-slip, too. There’s a degree of nimbleness that belies the Jaguar F-Type R’s 3,671-pound curb weight — the same as the V-8 S roadster but a significant 157 pounds more than the heaviest V-6 coupe. Still, even the V-6 F-Type is considerably heavier than its Porsche competitors, as well as the Chevrolet Corvette.

The F-Type R’s adaptive suspension has unique damping rates versus the V-8 S roadster (the base car has a fixed, non-adaptive suspension), but with 20-inch alloy wheels, the ride can get choppy at times — even in the suspension’s normal mode.

Interior
The Jaguar F-Type’s cockpit sweeps around you, leather-wrapped panels and all. The materials are expectedly upscale, with genuine leather (not vinyl) covering portions of the dash. In an age when even a Toyota Camry has faux-leather dashboard stitching, the real deal found here shames all imposters. Pay another $2,200 for the F-Type R’s Extended Leather package, and you can get a leather headliner, A-pillars and sun visors. Cowhides, come hither.

Heated seats and a heated steering wheel are optional on the F-Type, but cooled or ventilated seats — a common, if usually ineffective, feature among luxury cars — are not. Despite their umpteen adjustments, our test car’s performance seats drew criticism for their rock-hard backrests. Typical of a luxury car, the F-Type offers multiple upholstery options and two different seats. Try the base sport seats, which could be more comfortable. (It’s hard to conceive of them being any less comfortable.)

Cargo & Storage
The coupe’s trunk has a usable 11 cubic feet of space. That’s significantly more than the roadster’s 7 cubic feet. A power liftgate is optional. Within the two-seat cabin, there’s no rear shelf behind the front seats to throw things onto — just a cubby between the seats, along with the requisite glove compartment and center console.

Ergonomics & Electronics
The standard Meridian audio system comes with Bluetooth phone and audio streaming, USB/iPod connectivity and a navigation system. A surround-sound Meridian system with more speakers and wattage is optional. Keyless access with push-button start is also standard, but a backup camera, aggravatingly, is optional.

The multimedia and navigation display is an 8-inch touch-screen — a respectable size, but the graphics, both here and in a gauge display, seem outdated, and one editor experienced an annoying degree of lag in response to commands.

Safety
The F-Type has not been crash-tested, and given its low sales volume it probably won’t be. Standard safety features include front and head-protecting side airbags, plus the requisite antilock brakes and electronic stability system. A blind spot warning system and automatic high/low beam bi-xenon headlights are optional, but forward collision and lane departure warning systems are not. Click here to see the standard safety features.

Value in Its Class
The F-Type coupe starts around $66,000 including destination. That’s $4,000 less than the roadster. Standard features include 18-inch wheels, single-zone automatic climate control, Jaguar’s leather and “Suedecloth” upholstery, a navigation system and four-way power seats. Additional seat controls, heated leather upholstery, dual-zone climate control, a panoramic moonroof, and 19- or 20-inch wheels are optional. The F-Type S coupe starts around $78,000, while the F-Type R starts around $100,000; the latter is more than the convertible because of its extra performance capabilities. Check every factory option, and the R tops out around $125,000.

That’s in the thick of luxury sports-car territory, but a few problems concern us. The mirror snafu was our sole issue in the F-Type R, but an Jaguar F-Type V8 S convertible roadster we drove last spring had a spate of bugaboos. Parked on the roof next to Cars.com’s downtown Chicago headquarters, the roadster’s keyless access system refused to recognize our fob, leaving editors unable to lock the car on one occasion and unable to get in on another. It’s possible that antennae signals from nearby skyscrapers played havoc with the transmitter, but we park a lot of test cars up there, including many with keyless access. We’ve only had issues with Jaguars, Land Rovers and a Tesla Model S.

That’s not all. On another occasion, our convertible roadster’s idle-stop sequence abruptly shut the car off, blank screens and all, while we sat at an intersection. It looked like the car’s seat-belt-off shutdown sequence, but we had our belts on. Finally, in a separate occurrence, the keyless access again refused to recognize our key fob and allow startup, even as we waved the fob where an instrument message said to wave it. We had to go through an exit-reentry sequence before the situation fixed itself.

Jaguar has pointed to J.D. Power and Associates’ Initial Quality Study, in which the automaker scores highly in owner surveys for things that go wrong in the first 90 days of ownership. But IQS grades things that break along with things owners simply don’t like, and expectations are an unwelcome influencer. A better gauge for long-term reliability is the firm’s three-year Vehicle Dependability Study, which focuses on objective issues. Jaguar rates about average in the 2014 VDS, which gauges 2011 model year vehicles (read it here).

All that matters less if you lease the car, where problems are covered under warranty. That accounts for a great deal of Jaguar sales, but no matter how much a Jaguar sympathizer minimizes the inconvenience or chalks it up to the brand’s age-old reputation, glitches are glitches — and the Jaguar F-Type’s are a blemish on an otherwise appealing sports car.

I had many Jaguars included XK-R and XFRS-2015. This one is a mix of both . Engine of both both designed that compite with a Porsche carrera o other sport car. Was advantage vs Porsche that I also owned a twin turbo , that interiors fixtures that you enjoy. Also mufflers sound selection enjoy Ferrari sound to. Music excellent , leather seat vs car size is ok , but confortable . Happy to had this unit.

"The best sport car ever" A collector's dream!

I am the second owner only, and I got it with the complete Premium and Performances packages. My JAG is in pristine condition! No mechanical issues whatsoever. No stories, just a chance for you to own this well taken care of unique, special, and rare vehicle.

Love the styling and really fun to drive use only weekends. I really love the body style people ask all the time what it is 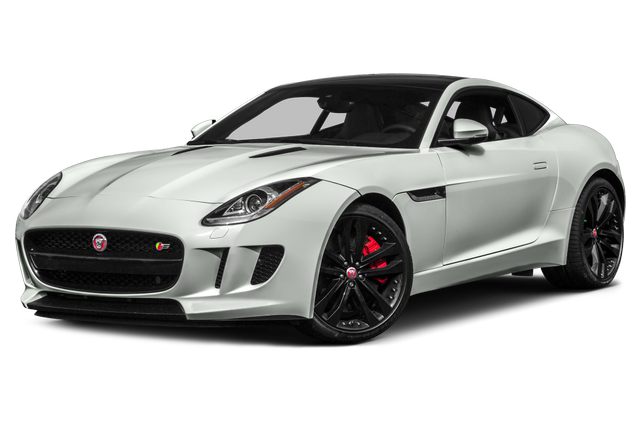 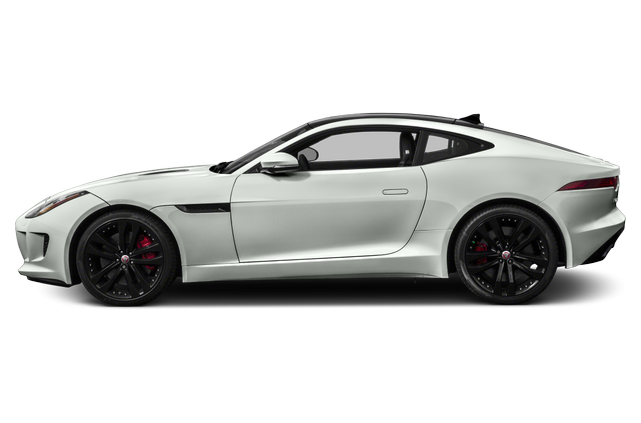 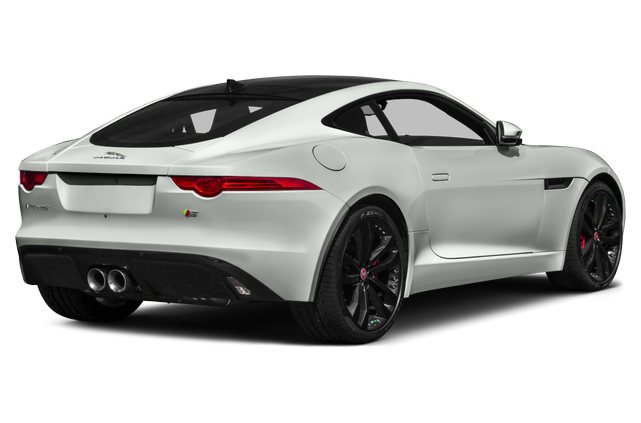 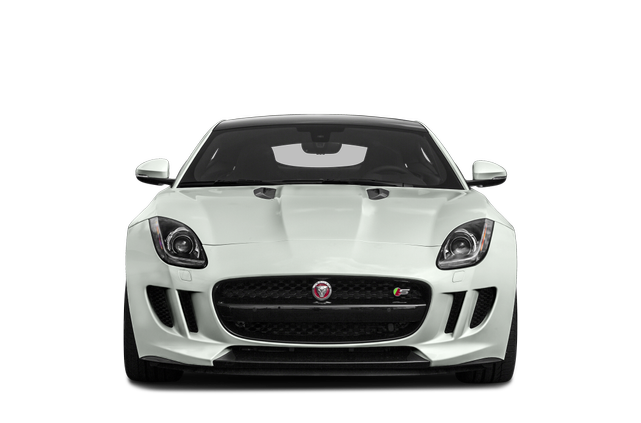 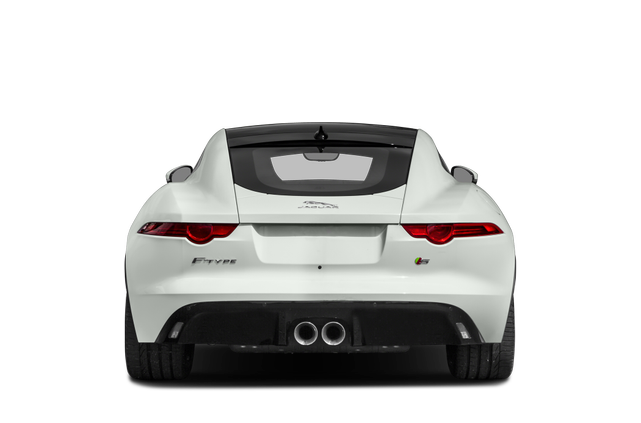 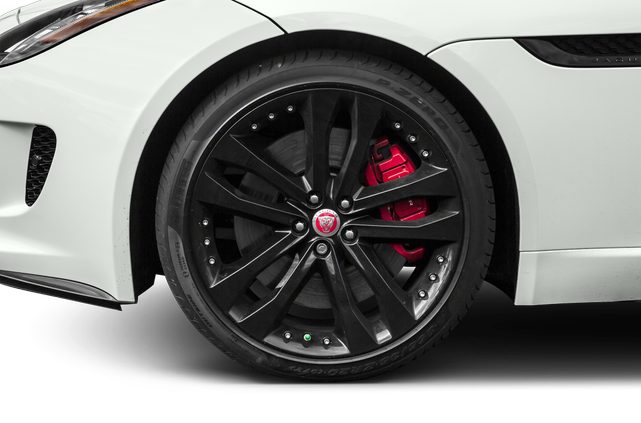 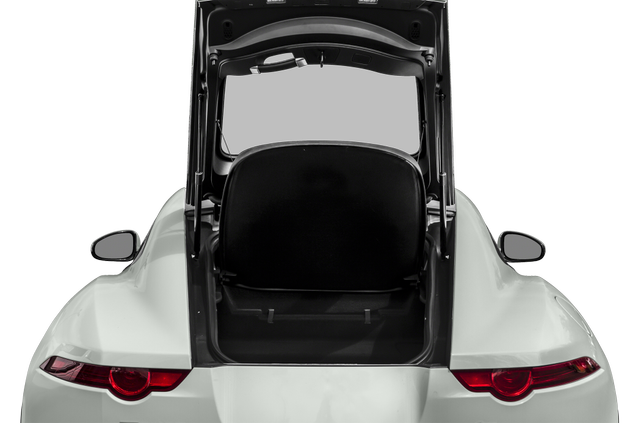 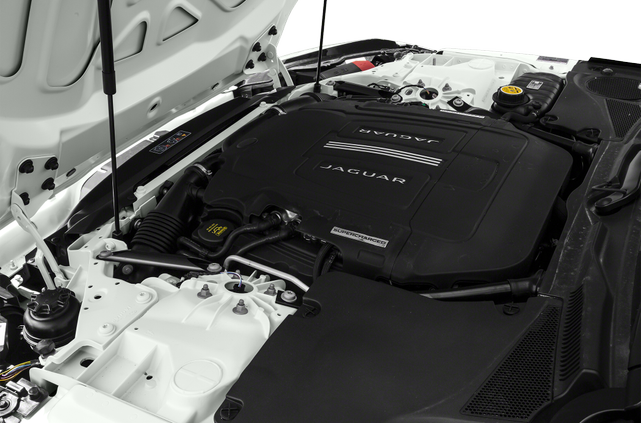 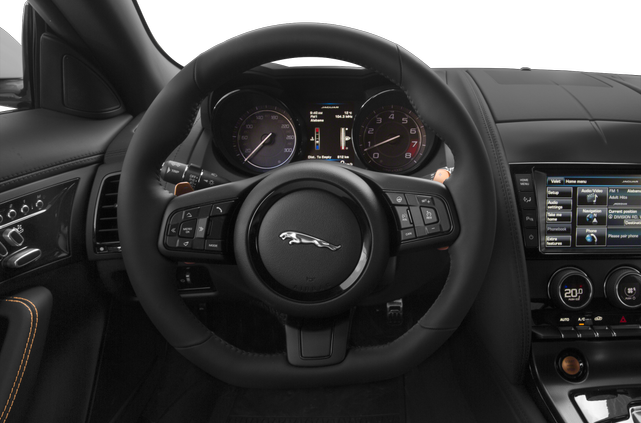 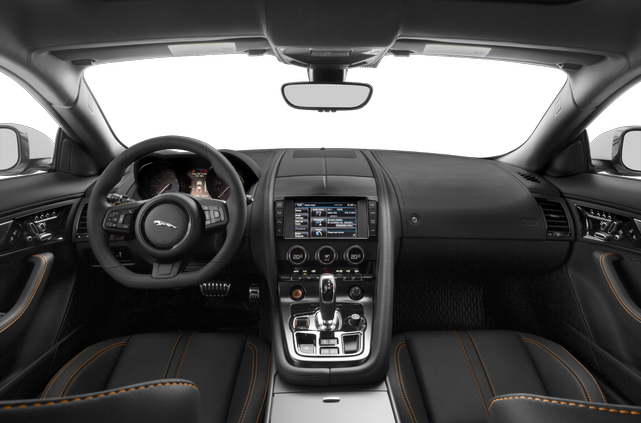 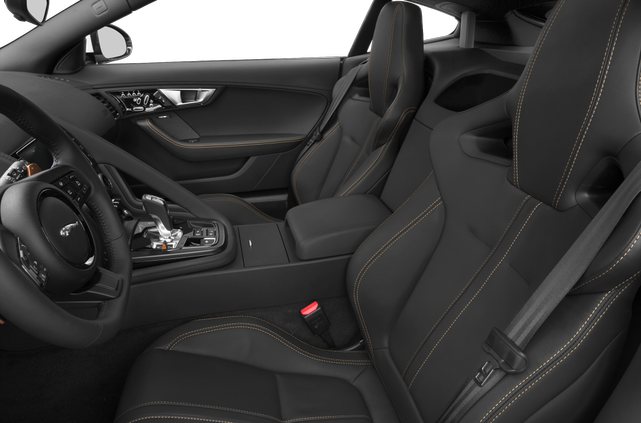 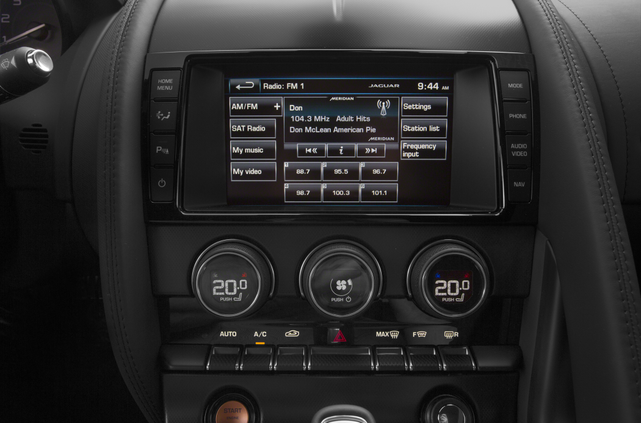 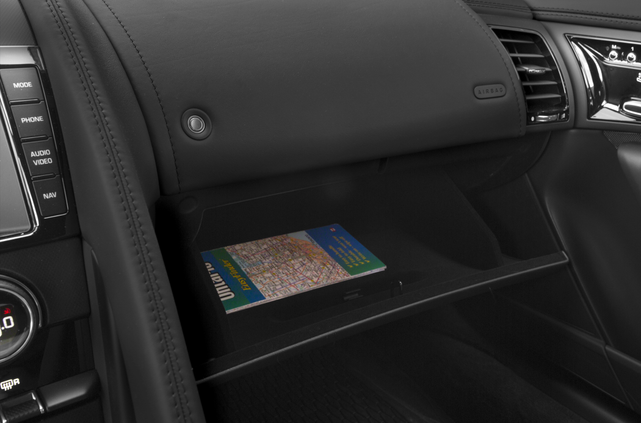 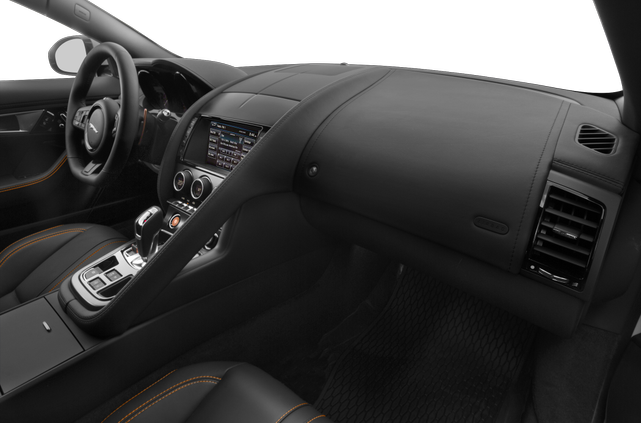 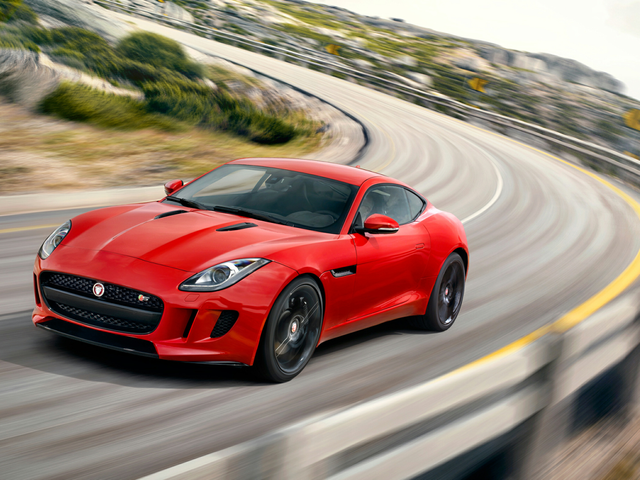 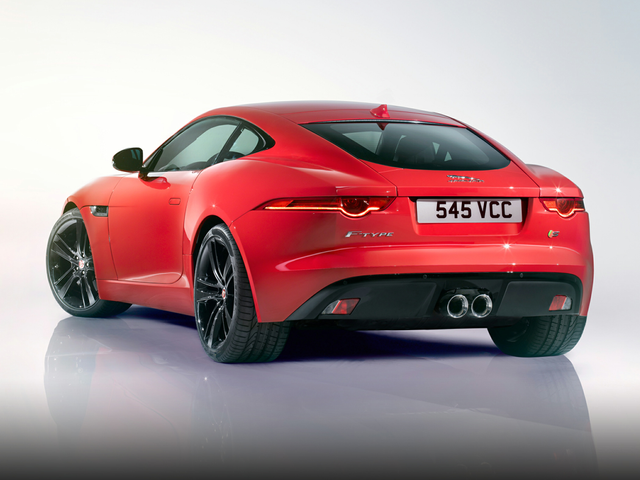 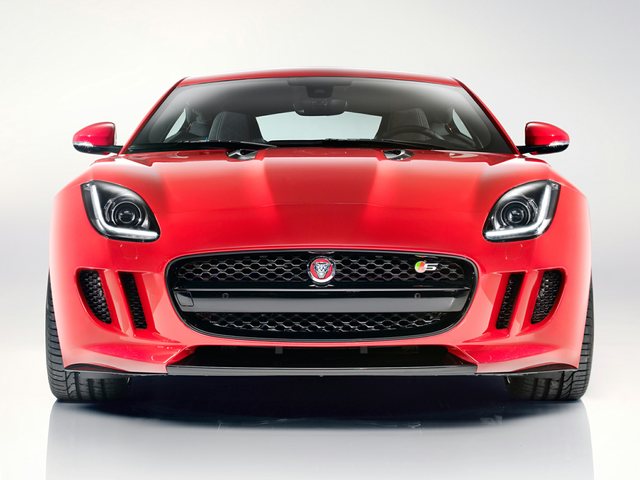 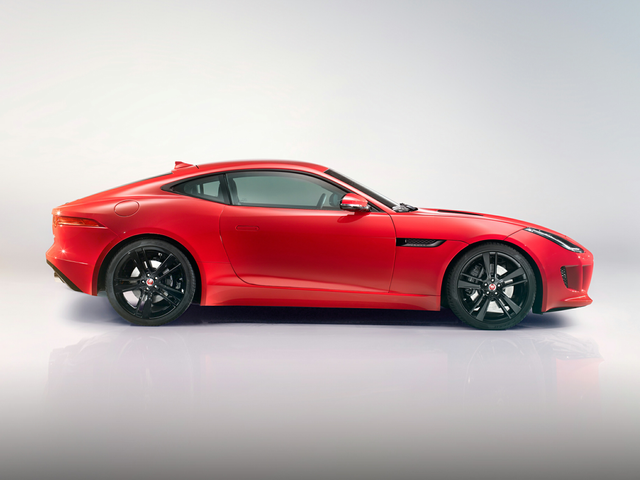 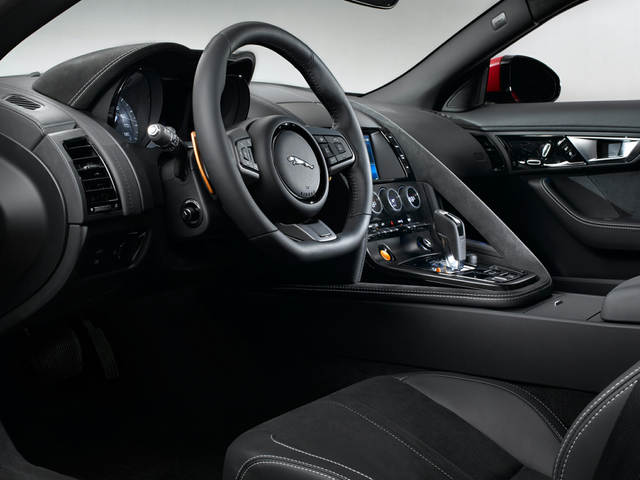 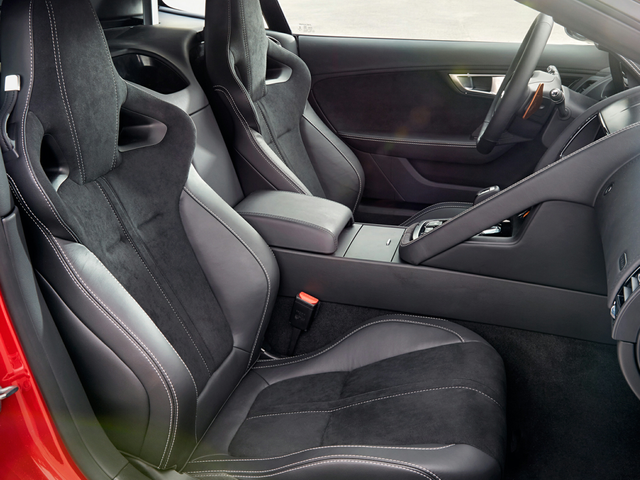