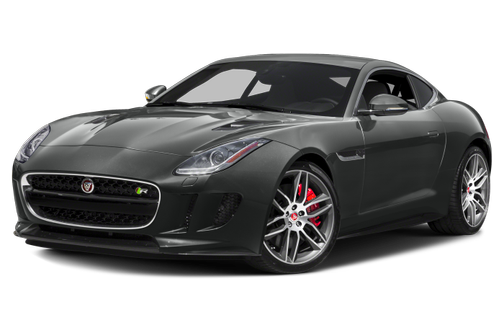 Our 2016 Jaguar F-TYPE trim comparison will help you decide.

New all-wheel drive gives a welcome dose of sure-footedness to the 2016 Jaguar F-Type, a stylish performer that any luxury sports-car shopper should consider.

The two-seat F-Type comes in base, S and R trims, as a coupe or soft-top convertible. Compare them here. The base and S have a supercharged V-6 good for 340 or 380 horsepower, respectively. Last year’s 495-hp V-8 S convertible is now the R convertible, and it gets the same 550-hp, supercharged V-8 as the R coupe. A newly available manual transmission on V-6 models rounds out the major changes. Stack up the 2015 and 2016 F-Type here.
Exterior & Styling
It’s a testament to the F-Type’s styling that the car, entering its third model year, still elicits stares from passers-by. In the parking lot, one shopper whipped out his phone to snap a photo of our test car. At the park, a bicyclist shouted approval as he pedaled past. My wife notes that only men, not women, took notice; wealthy bachelors may want to take up guitar or cooking instead.

I doubt you’d need the F-Type R we tested — $128,695 as equipped — to get such reactions. The base F-Type costs about half that and looks essentially the same. Higher-performance versions add some minor ground effects, larger standard wheels (20s versus 18s), relocated hood vents and different tailpipes. Contrast that with sports cars like the Porsche 911, base versions of which look a world apart from the top form.
How It Drives
The F-Type R’s 550-hp, supercharged 5.0-liter V-8 unleashes immediate, violent power to all four wheels. It’s an intoxicating rip toward redline as the car storms forward; every open road is just another excuse to hammer the gas. Jaguar says it goes from zero to 60 mph in just 3.9 seconds, a hair faster than last year’s rear-drive F-Type R.

A six-speed manual transmission is now available on rear-drive V-6 models. The vast majority of F-Types will get the car’s eight-speed automatic, but it’s far better than some of the eight-speed gearboxes from Jaguar and its sibling brand, Land Rover. Upshifts are seamless; multi-gear downshifts come with little delay. Even in regular Drive, the F-Type R is a quick shifter, though one editor notes it’s still not as good as Jaguar’s excellent six-speed autos, which the brand has phased out.

A Dynamic mode quickens drivetrain response even more and dials out some power-steering assist. It also turns the F-Type’s exhaust note into a veritable buzz saw, but you can turn that off with a separate switch.

The new all-wheel drive, standard on the F-Type R and optional on the S, has a clear rearward bias. Hammer the gas as you go into a corner and it’s easy to induce a nice drift before the stability system reels the tail back. In sweeping curves, our tester’s Pirelli P-Zero summer tires (P255/35ZR20 up front, P295/30ZR20 in back) delivered outstanding grip even on wet pavement, but you should swap them for all-season or winter tires if your winters are cold, especially if there’s ice or snow. Even with all-wheel drive, summer tires are a dangerous choice when temperatures drop.

One editor noted that all-wheel drive seems to add a degree of understeer in the F-Type R, but it isn’t objectionable. The car’s nose still (mostly) hugs its course as the rear creeps out ever so slightly on steady throttle. It still gets squirrelly when you really mash the gas, but the threshold is much higher than in last year’s rear-drive F-Type R. The steering is sublime, with excellent feedback through the full turn but enough low-speed power assist for easy maneuverability.

Ride quality is fairly good, all things considered. There’s some up-and-down rhythm on undulating highway stretches, but the F-Type damps out bumps with minimal brittleness. Dynamic mode alters firmness for the adaptive suspension, too, but it’s hard to notice the changes.

Lesser trims have either a fixed or adaptive suspension with unique suspension tuning (base, S or R); the S gets a limited-slip differential, while the R has an active, torque-vectoring differential. To learn more about the drivability of either V-6 F-Type, read our review of the 2014 model here.
The Inside
Leather surfaces swarm the interior, and it’s enough to distract from some of the harder, lower-rent textures below waist level. Lower trim levels lose some of the eye candy, as Jaguar packages the F-Type’s leather-wrapped dashboard with optional high-performance seats in upper trims. (The standard seats have smaller bolsters; power adjustments are standard across the board.) Our test car’s performance seats had good adjustment range, with a few inches left over for my 6-foot frame.
Ergonomics & Electronics
The climate and stereo controls sit close, with shortcut buttons or large dials for all major functions. Compared with the glacial response from Jaguar’s past multimedia screens, the F-Type’s system zips through menus but still lacks a radio-tuning knob. A navigation system and Meridian audio with Bluetooth phone/audio and USB/iPod connectivity are standard.
Cargo & Storage
Unlike some other sports cars, the F-Type lacks a cargo shelf behind the front seats to throw a small bag. (The Porsche 911 has an actual backseat, though it’s really a glorified cargo shelf. Still, storage is storage, and the Jag doesn’t have it.) At 11 cubic feet, the F-Type coupe’s trunk can fit a roller suitcase or some golf clubs, but the convertible’s trunk is just 7 cubic feet, and it’s awkwardly shaped at that. Retracting the roof doesn’t interfere with the cargo room, at least.
Safety
The F-Type has not been crash-tested, and because of its low sales volume that’s unlikely to change. See all its standard safety features here. Note that although a blind spot warning system and automatic high-beam headlights are optional, the F-Type does not offer forward collision or lane departure warning systems.
Value in Its Class
Jaguar expanded the F-Type’s bumper-to-bumper warranty for 2016 to an impressive five years or 60,000 miles, with complimentary maintenance throughout that entire span. That’s an impressive policy, and it mitigates some of our concerns over build quality from past F-Types we’ve driven (read about them here). Our 2016 test car had no major issues.

An F-Type R can run well into the six-figure range, but the base F-Type coupe starts under $70,000. It’s a fairly complete car at that price, thanks to more standard features for 2016, among them fully power-adjustable seats (last year’s were partially manual) and the top-spec Meridian audio system. And even the base car hits 60 mph in a plenty-quick 5.1 seconds (5.5 with the manual), according to Jaguar.

The V-6 F-Type offers the biggest bang for the buck, with head-turning styling and sufficient power and luxury to match. Kick it up a notch and the F-Type R is a raucous alternative to other six-figure sports cars. Three years in, this Jaguar has aged well. Luxury sports-car shoppers should add it to their list.

March 18, 2021
By WoodBoatChick from Wisconsin
Owns this car

I didn't want to like this car, but once I sat in it and drove it, there was no way I was going home without it. It took a lot for me to spend this kind of money on a used car, but it is SPECTACULAR! Turning is a breeze with the electric assist, brakes take just a light touch to stop. Lucky enough to find a manual and the shifts are effortless, though the car does prefer a 3-4,000 rev shift point (6 cyl Supercharged) Interior is luxurious and even at 25,000 miles, smells like a new car.

Rating breakdown (out of 5):
4 people out of 4 found this review helpful. Did you?
Show full review
2.1

I purchased a used 2016 Jaguar f-type

It is overall a good vehicle. I was overcharged for the vehicle. The vehicle is around $25k more than what it is worth and has over 57,000 miles on it. I got screwed over badly.

Rating breakdown (out of 5):
7 people out of 25 found this review helpful. Did you?
Show full review
4.9

Beautiful stylish sleek. Very sporty, turns heads. Quality leather finish. An absolute pleasure to drive. it certainly turns heads. The only possible complaint is because it's a sports car, the seats can be a little uncomfortable on long drives.

Rating breakdown (out of 5):
3 people out of 4 found this review helpful. Did you?
Show full review
See all 35 consumer reviews 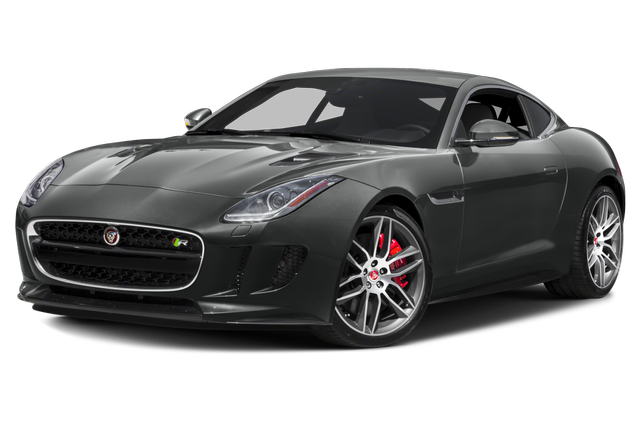 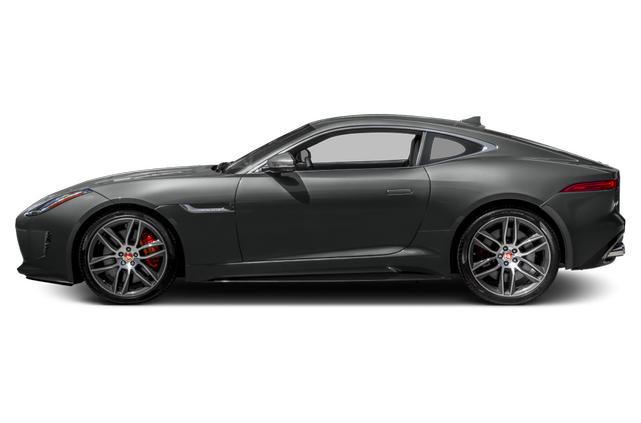 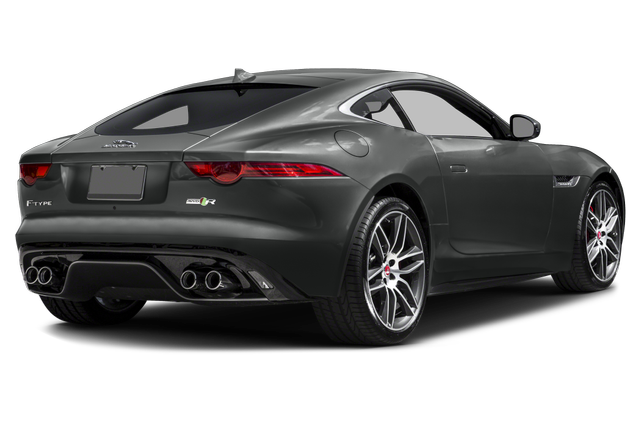 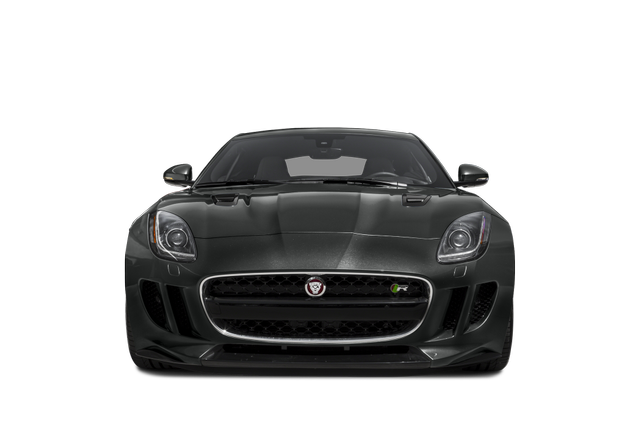 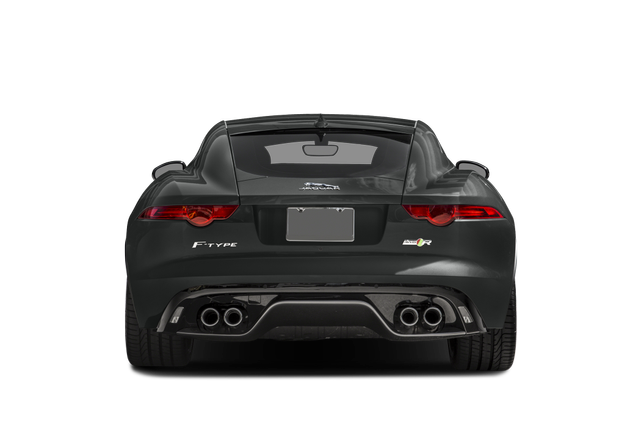 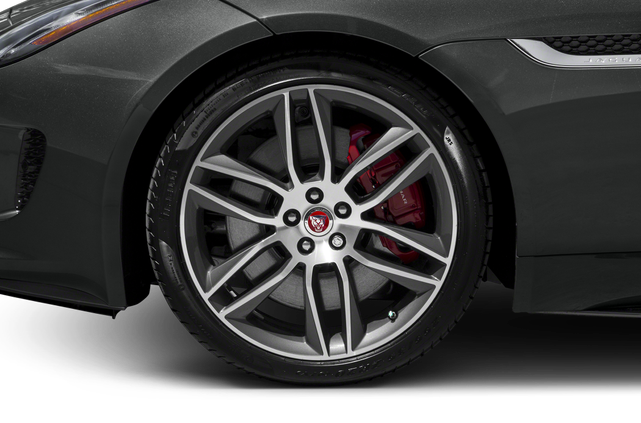 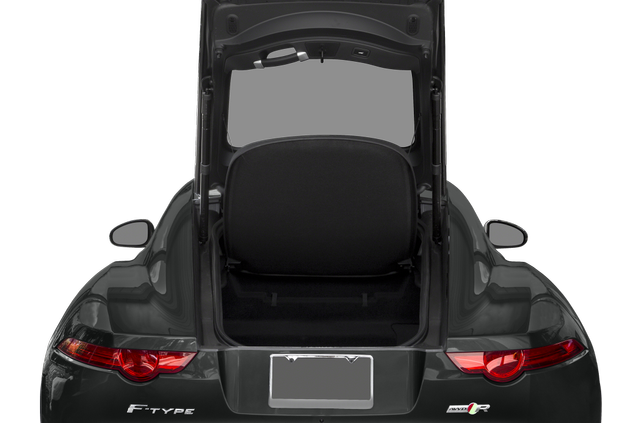 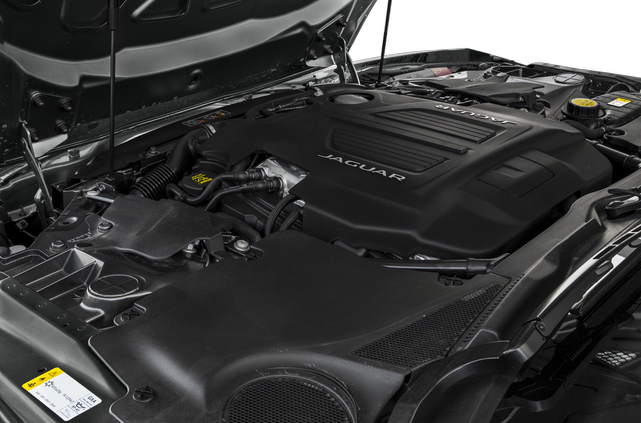 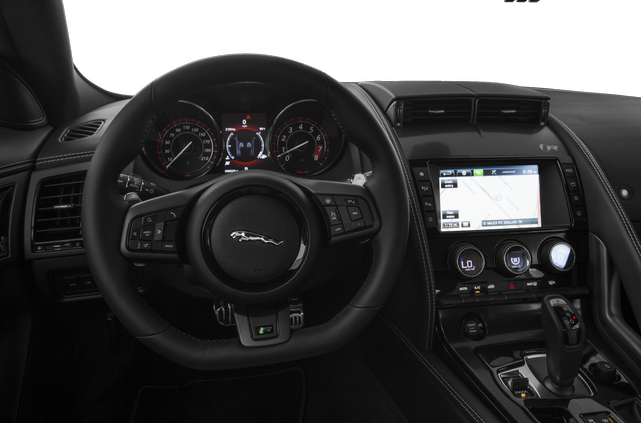 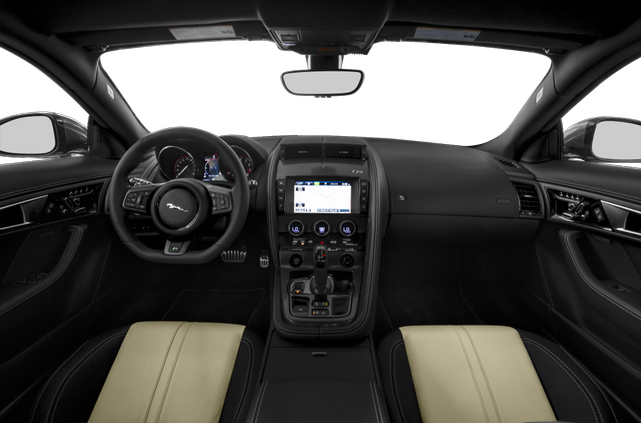 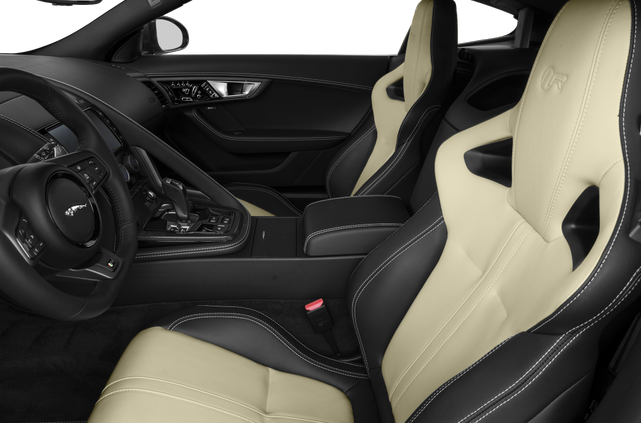 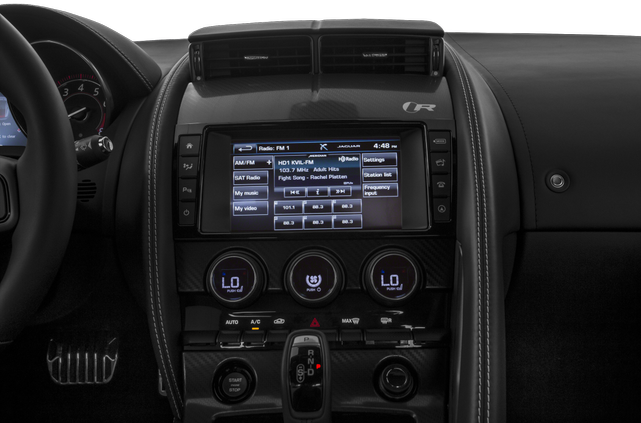 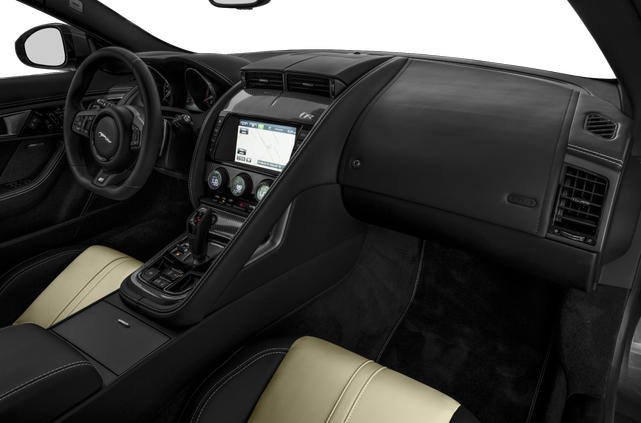 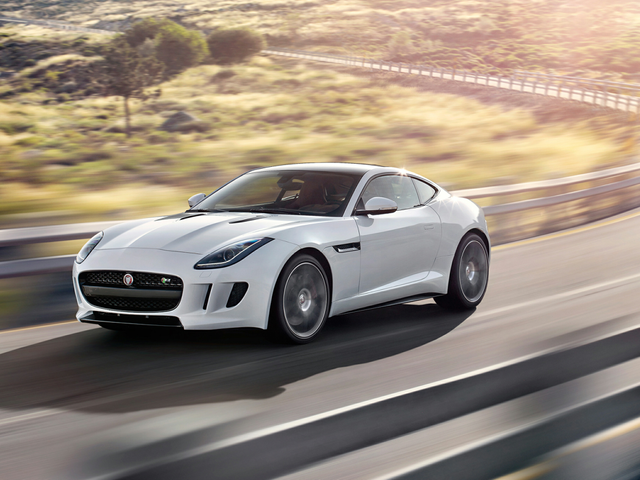 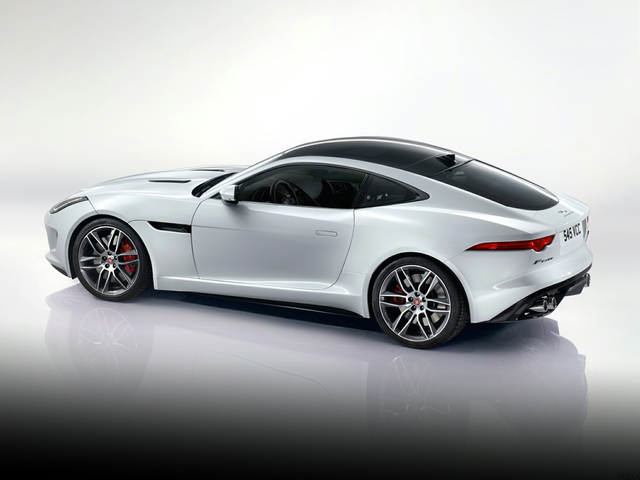 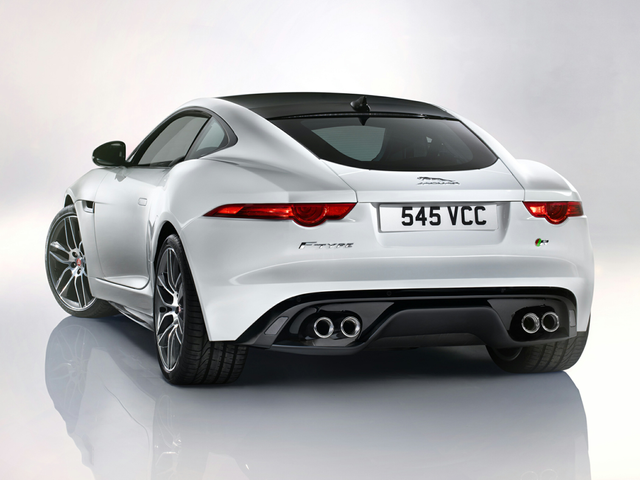 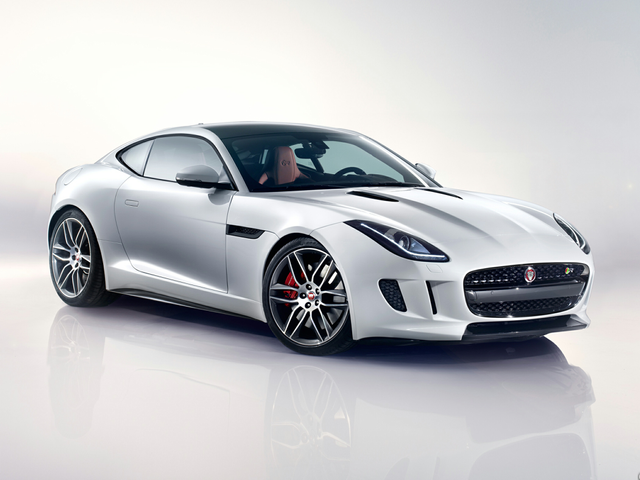 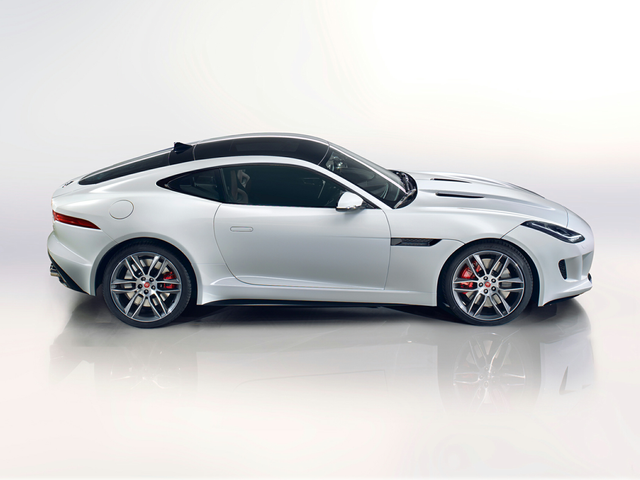 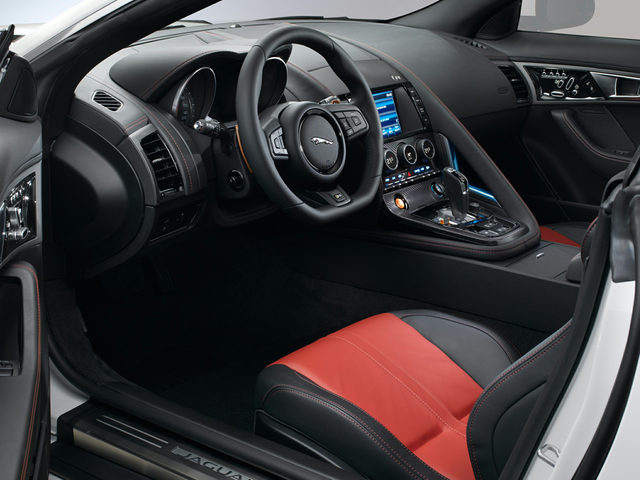 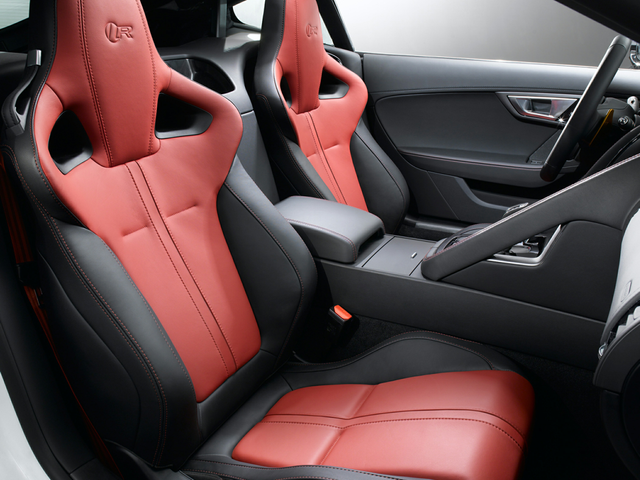