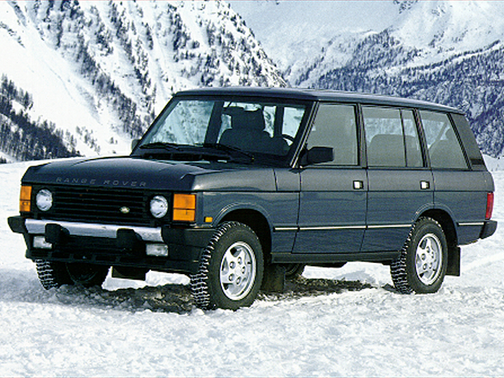 In the United States–where its disciples include Jack Nicholson and Joe Montana–the British-built Range Rover is a new status symbol. Race driver Danny Sullivan is on his fifth.

Over here–where the broad-shouldered off-roaders carry the Royal Family to its country places and have hauled British troops into Desert Storm–Range Rover is a 44-year-old institution. Motorway bobbies use them as patrol cars.

This cultural imbalance between Mother England and her former colony, however, is about to change.

In the fall, a 500-vehicle trial balloon of something called the Land Rover Defender, a tougher, plainer, agri-biz wagon more geared to hauling cattle feed than impressing Aspen, will be imported into the U.S. All bare hinges, mud tires and what look suspiciously like gunslits beneath its windshield, the 180-horsepower, nine-passenger slogger is expected to sell for “under $40,000.”

If that toe finds welcoming water–and Hank Williams Jr. is the first celebrity on an early but lengthening list of potential buyers–Land Rover’s Discovery could be next at the docks for shipping to America.

Discovery is the little prince of Range Rover. It’s a less powerful, not-quite-so-luxurious courtier that should sell for about $25,000. At that price, it will be rubbing fenders with the commoners: Mitsubishi Montero, Toyota 4Runner and several Jeeps.

But for the time being, says Land Rover spokesman Colin Walkey, the eyes of Solihull are on first shipments of the Defender, the depth of its acceptance in the U.S. and the vehicle’s ability “to create an awareness of the heritage of Land Rover.”

If nothing else, Defender certainly will dispel confusion surrounding Range Rover and Land Rover and the North American myth that Range Rover is all there is.

That notion hardened five years ago when Range Rover of North America was incorporated at Lanham, Md. It had only one product to import: the Range Rover.

And so a single vehicle formed a luxurious, leather-lined and walnut-trimmed category of one.

Bruce Willis bought a Range Rover. So did Michael Douglas, Michael J. Fox, Goldie Hawn and other celebrities to whom off-road means off-Sunset and the parking lot at Spago.

Lost amid this Hollywood sparkle was the parent Land Rover. At Land Rover, a Range Rover is simply one model alongside Defender and Discovery, partners in a vehicular line that has been around since 1948 and has developed more uses than England has pubs–about 75,000 at last count.

Meanwhile, on both continents, we’re left with the 1992 Range Rover. What a pleasant leaving it always is.

In keeping with a product philosophy geared more to ge ntle evolution than drastic remake, this year’s Range Rover features no styling changes and only minor engineering improvements. Pistons are quieter. There’s a new glitch-free wiring harness. Power from the fuel-injected 3.9-liter V-8 has been increased fractionally from 178 to 180 horsepower.

The heftiest change involves a curious shuffle of pricing for the U.S. models. It boils down to a small hike in the high cost of an entry-level Range Rover–to $38,900–but no increase to the price of the flagship version, which will still sell for $44,500. Both models have been given additional standard features–including leather upholstery, more walnut trim, power seats and sunroof–which implies more motor car for less money. Or more profits from increasing the price of last year’s value version. You go figure.

The test car was the best in the current line–a Range Rover Vogue SE, which in the U.S. will be sold as the County.

The test was the toughest there is -a day of lurching and lumbering around Land Rover’s factory test track of jungle trails, mountain slopes, clay pits and knee-deep mud pudding.

(This one-day E-ticket ride is open to tourists and locals and costs $180. Last year 100 Americans attended the course to get their Wellingtons wet. For details, write the Land Rover Experience, Lode Lane, Solihull, West Midlands, B92 8NW England.)

Land Rover’s course is a thoroughly unlevel playing field built from 25 acres laced by 4 1/2 miles of seemingly impassable tracks. But senior instructor Brian Pearson has been surpassing such terrain for 17 years. He has made amphibians and mountain goats out of oil explorers, rally drivers, the landed gentry, tenant farmers, British anti-terrorist commandos and civilians wanting to squeeze the most from themselves and their Land Rovers.

Even with the Range Rover sideways in hub-deep mud or gurgling along a track flooded deeper than a Thames tributary, Pearson’s calm is that of an earl pouring tea.

“The secret is creeping through, not barging about . . . a little bit of trailing throttle to brake the vehicle and you won’t slide downhill . . . if stuck in deep ruts you can actually rock the steering until the walls of the tire pick up traction from the walls of the ruts.”

A red fox pokes his sharp snout from some blackberry brambles. A pheasant scoots up a slope. A grand lunch for man or beast.

“Take it easy through deep water because charging through will build a wave ahead of the vehicle that will flood your engine,” continues Pearson. “Gently, gently . . . let the vehicle do the work. It probably is better at it than we are.”

Letting a Range Rover plod is indeed the secret. That is the way to climb and descend concrete staircases. Then down a 50-degree hill. Then around a corner with a 42-degree camber until a side mirror is brushing the weeds.

Within reason, short of climbing the Eiger or fording the Mississippi in downtown Memphis, the Range Rover with its permanent and powerful 4WD seems capable of handling the world’s worst terrain. Or as Pearson likes to note: “It can handle conditions twice as bad as our own course has to offer.”

It is fair to say that such extremes are country miles removed from the Indiana Jones fantasies of the well and softly-heeled gentlepersons who typically buy a Range Rover.

Archetypal customers are into status, creature comforts and quintessentials. They do not care that its rice is double that of a Nissan Pathfinder and that gas consumption is almost as bad as a Bentley Turbo, which is to say, about as bad as it gets. They are hooked on semolina-soft Connelly leather seats and an 8-speaker, 150-watt sound system from a/d/s that could be heard in Vienna and that makes Range Rover unquestionably king of any hill it can climb.

If there was ever any flaw in the Range, as it were, of this Rover, it still involves handli ng at speed and poise at rest. It remains a high vehicle best entered by climbing aboard. Before learning the knacks of leaning and stretching, short-legged passengers will still try to exit by falling out.

On the road–particularly along Britain’s motorways, where local constables seem to turn a blind eye to everything except truly unconventional driving techniques attempted sideways–the Range Rover has become a machine of improved behavior, but not of perfect manners.

It is much quicker than early versions that went to American shores with a 0-to-60 m.p.h. time under 11 seconds. Those are not exactly Ferrari numbers, but certainly superior to acceleration times for Pathfinder, Explorer, Trooper and 4Runner.

The Range Rover cruises comfortably in the 80s with neither sways nor groans to bring apprehensive squeaks from nervous passengers. It runs out at 110 m.p.h. and tracks true at maximum speed.

But only driving dead ahead on a broad and empty oad. For a Range Rover remains a slab-sided, high-profile, short-wheelbase vehicle with all the aerodynamic efficiency of Stonehenge.

At a high rate of knots–despite the annual addition of heftier sway bars–it is particularly vulnerable to crosswinds off the Irish Sea and sudden changes of direction to avoid crossing hedgehogs. Then steering becomes horribly light, body roll sets in, and the tires seem to be drifting on air cushions.

It does not help to be sitting high at a big fat steering wheel where the impression is one of wrestling a double-decker bus. At this point, the judicious will choose to back off. Remember, no Range Rover has ever won a British Grand Prix.

However, nobody buys a Range Rover to clean up at club races. It sells on oddities, its hint of aristocratic decadence and unadulterated snob appeal. It is a British standard, such as Burberry raincoats and willow wood cricket bats; it is a luxurious tradition driven by the Queen Mum and her daughter and her boy; and it is a very expensive toy whose cost and unmatched quality is known to everyone.

Above all, it is the only sport utility vehicle that can pull up alongside esteemed brands on Park Lane and still make the Mercedes driver feel middle class.

Such snootiness is not lost on Range Rover.

It recently advertised that its vehicles are sold in every country of the world except Vietnam and Albania.

Days later, of course, came letters and snapshots from proud owners in Vietnam and Albania.

The Bad Twice the price of Jeep Cherokee. Sucks gas. Unhappy in crosswinds.

The Ugly Supplying your own Dom Perignon. 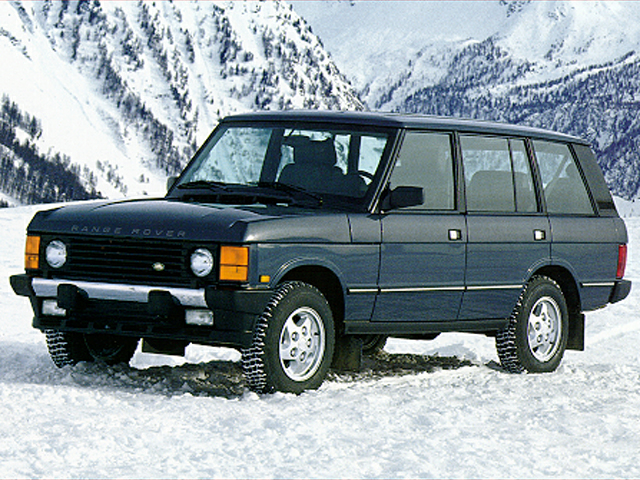