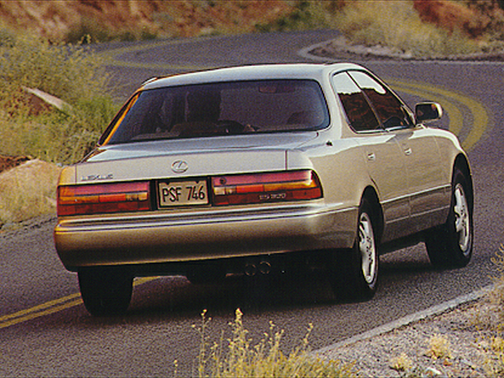 In some quarters of the automobile business, it’s been said that Lexus has redefined the luxury car market.

With its series of cars during the 1992 model run, from an ES 300 sedan on the bottom of the price scale to an LS 400 on the top, Lexus cut a wide swath among the makers of upscale automobiles.

Particularly notable was the highly styled, high- performance SC 400 coupe that won Motor Trend magazine’s 1992 Car Of The Year award. Not one to tinker with an eminently successful formula, Lexus has chosen for the time being to refine its established models for 1993.

The next new model will be a GS 300 sports sedan that will come out around March of next year. Details still are a bit on the cloak-and-dagger side. But Dave White, general manager of Tom Wood Lexus, said, “It will lie between the ES 300 and the LS 400 and be a rear-wheel drive.”

Under the present scheme of sedans, the ES 300 is a front-drive and the LS 400 a rear-drive.

The Lexus nameplate was established in 1987 during its January introduction at the 1988 Greater Los Angeles Auto Show. Its Midwest debut was the next month at the Chicago Auto Show.

Since then Lexus, which is a division of Toyota Motor Co., has never looked back. By the time all the numbers were tallied in December 1991, Lexus had become the No. 1 luxury import, selling 71,206 cars. For 1992, White says it looks like the total is going to be about 90,000.

The ’93 automobiles have been updated with new electronic support systems, cellular telephone wiring, and passenger air bags. An automatic locking retractor system has been added for passenger and rear-seat safety restraints.

All the models are pre-wired for an optional cellular telephone system that has to be one of slickest accessory items around. Called the Portable Plus cellular telephone, the phone features voice activation that makes carrying on a conversation while driving safer and easier.

With short verbal commands, the phone will dial preprogrammed calls without a driver having to take his or her hands off the steering wheel.

“The cars incorporate a lot of suggestions from the customers, ” White said.

Lexus from the outset went the high-tech route in its power plant offerings, with the 300 series cars utilizing 3.0-liter in- line 6 and V-6 engines, and the 400 series sporting 4.0-liter V-8s.

The upscale version among the 300 cars is the in-line 6 SC coupe, which is a reversal of traditional design in that it is bigger than the V-6 sedan. Wheelbases are 105.9 inches for the SC 300 coupe vs. 103.1 inches for the ES sedan. Overall length for the coupe is 191.1 inches against 187.8 inches for the four-door.

The 400 cars conform more to accepted design parameters in that the LS sedan at 191.1 inches of overall length is 5.4 inches longer than the SC coupe. The two automobi les are aimed at different customer bases, with the LS designed to provide the conveniences of family luxury motoring.

The coupe is for those who want to fly, but be ensconced in all the trappings of the good life while doing so. It’s not too difficult to see how it captured the Import Car Of The Year award.

Rather than try to carve an SC coupe out of an LS sedan, stylists at Toyota’s design center in Newport Beach, Calif., gave the model its own look. Its low rounded nose, long hood, flowing window and roof lines, and short rear deck are a real eye catcher.

For the interior, there is a strong Lexus family aura with a dash of sports flavor so that the leathers and woods look as if they are right at home in a high-speed sports-orientedautomobile.

Under the hood there is a four-cam, four-valves-per-c ylinder V-8 good for 250 horsepower. It’s the same engine as is in the LS, but the coupe’s lighter weight lets all those horses paw the ground in a rather impressive fashion.

If you really want to get technical in the performance department, run the SC 400’s optional rear spoiler. The coefficient of drag with the spoiler is 0.31. Without the spoiler it’s 0.32.

Following the European concept, the coupe has the overall design of a high-speed touring car. Dirt-track racing may be lots of fun, but it doesn’t quite measure up to zipping along while surrounded by leather, wood, and symphonic sounds of the stereo.

Because it’s a rear-drive, the 400 coupe is an automobile that you can play racer with, but primarily owners are not of the helmet-and-goggles set. Not unexpectedly, White says the SC 400 coupe’s price will run between $42,000 and $46,000.

In most automobile lines, the lower-priced vehicles are the major sellers. But not Lexus. White says the average price for an ES 300 will be about $28,000 and rise to $52,000 for the most expensive LS 400.

beautiful car previous owner took care ,well.minor repairs is in the making,drives well can't wait to stretch it out on a trip great point A2B

Best car I have ever driven

May 25, 2019
By BruceTheMoose from Kalamazoo, Michigan
Owns this car

This car is now 26 years old and has only broken down on me once. And the only thing wrong with it was that a spark plug broke. I cannot believe that this car has lasted this long. I do not even take as good of care of it as I should. There is no way that I’ll ever buy a better car. The steering is like no other as well, all these new cars are so stiff and jerky. The steering on this car is so smooth, and when it goes that will be the thing I miss the most.

This is a great car to look at and to drive. It has the old, classy Lexus Japanese styling which means big simple controls and no unnecessary chrome inside or out. Later Lexus cars got Americanized styling. Many of the 1990s Lexus cars including this one suffer from a sticky thermostat which is a temperature activated valve that lets the cooling water flow into the radiator. The thermostat can fail for no reason causing overheating even though the thermometer shows no problem because it measures the temperature of water in the radiator, not in the engine. I had this happen three times even though the cars were dealer maintained. Consequently it is risky to buy this car or any of the 1990s Lexus line especially now that they are getting old and you may try to maintain them yourself. 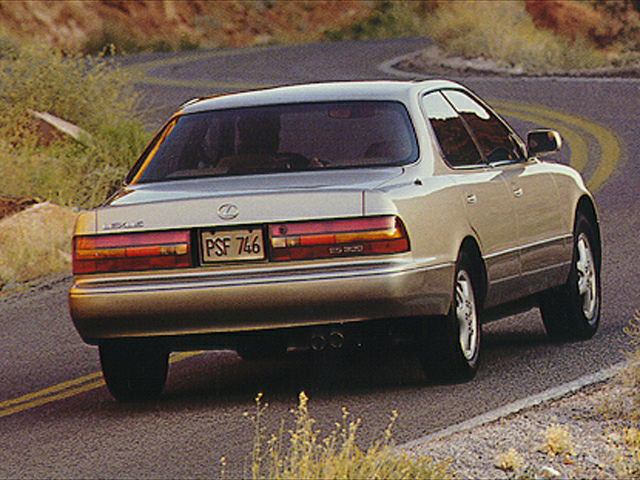