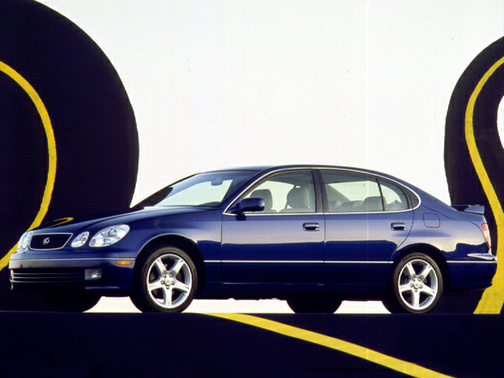 Both are built by the same luxury-car division of Toyota Motors. Both are expensive, have four doors and are powered by nearly identical V-8 engines. Yet they are as different as Abbott and Costello.

The LS 400 is Lexus’ bread-and-butter luxury sedan, its flagship and traditional standard bearer. Comfortable, prestigious, laden with features, the LS is a boulevard cruiser designed for the best neighborhoods.

The LS 400 is where Lexus first made its mark, showing the world that a Japanese automaker could compete head-on with the high-end luxury marques of Europe and the United States. It’s a big, competent sedan that does everything with poise and precision, but which often is faulted for lacking spirit, flair or personality.

The LS gently coddles its passengers, riding like a cloud over the bumps and heaves, isolating driver and passengers from the rough edges of the outside world. The GS is firm, allowing some jostling of the human cargo but still keeping harshness at bay.

Personally, the LS is the kind of car that makes me yawn. Its styling and behavior shout, “I’m lush and expensive,” but not much else. Sure, I can appreciate the easy-chair comfort and the fabulous stereo, but I don’t relish the limousine ride.

The GS, on the other hand, has the kind of performance edge that keeps me interested. I never could own a car like this, though. It’s just too quick, too easy to roar past the speed limit without a glance back, at least until you see those blinking red lights coming up in the rearview mirror.

There is also a GS 300, powered by a 225-horsepower V-6, which should perform most tasks as enjoyably as the V-8 model, only without the strong acceleration.

The GS 400 works well as a performance sedan, along the lines of BMW 540i, Mercedes-Benz C43 or even Cadillac Seville STS. It’s a car built to inspire, especially on winding desert blacktop where one can sample the precise suspension and balance of this rear-wheel-drive car, and enjoy the opportunity to make the engine sing.

Just be careful not to overdo it. The acceleration is intoxicating, smooth as silk and so easy to push to the limit. The engine roar is heavily muffled, the urgent sound audible from the driver’s seat but not howling for attention.

Yes, this is a toy for grown-ups, not kids.

Still, part of the complaint about the LS carries over to the GS. The feeling of strength, precision and excellent engineering is evident throughout the car, but somehow it fails to impart much of a visceral impression. It’s a great machine, but it failed to touch me on an emotional level.

Now, that’s pretty subjective stu ff, and maybe the problem is mine and not the automobile’s. It’s just that some cars make you feel like a partner, even a pal, sharing their abilities and making them your own.

The GS always seems to be trying to impress, which it does. Matter of fact, this felt like one of the quickest cars I’ve ever driven, whatever the numbers say. What they do say is the 300-horsepower V-8 and five-speed automatic will pull the trim sedan from zero to 60 in less than 6 seconds. That’s pretty fast in anyone’s book.

The LS is no slouch in the acceleration department, sprinting to 60 in about 6.6 seconds, Lexus says, the slightly greater weight and slightly less horsepower slowing things just a bit, compared with GS. Indeed, the Lexus literature touts the performance abilities of the LS, noting that it is a car of “dual personalities,” luxurious and sporting.

I found it heavily weighted on the luxury side of the equation.

The test-car GS came with buttons on the steeri ng wheel for man ual shifting, if desired, which I found useful when downshifting into and powering out of a curve. The Lexus system also is more helpful and easier to use than the push-button shifting systems offered on other sporting cars. Still, it’s kind of a gimmick, and most drivers rarely would use the feature, if ever, once the novelty wears off.

The LS 400 was equipped with a global positioning system, with a video display showing maps and directions. It worked well, but as part of a $5,400 package of GPS, compact-disc changer and power moonroof, it seems overly expensive. In the GS, a CD changer and moonroof were just over $2,000 extra.

The GS styling looks trim and muscular, tucked in around the edges to make the midsize sedan look smaller than it really is. The 2-year-old body style is distinctive and instantly recognizable, though in some ways it looks almost like a variation on the current Mercedes E-class. The LS obviously takes some of its overall styling cues from the Benz design book.

Inside, the GS is fairly spacious, with lots of room behind the wheel for tall drivers and enough room in the back seat for tall offspring.

The LS feels even more roomy and accommodating, designed with lots of wood and leather. The dashboard looks European, rather like an Audi’s or even a Jaguar’s, with controls and gauges that are well-designed and logically arranged.

Ditto for the GS, though its interior seems more distinctive and less derivative.

Naturally, both of these pricey sedans come equipped with a full boatload of accessories, convenience equipment and safety features. A standard Vehicle Control System makes use of the anti-lock braking and traction control to help you keep things under control.

Though the GS is just 2 years old, I’m confident that it will enjoy the same sort of dependability of all Lexus products. That’s part of the draw for these high-end cars, whichever side of the coin you choose: the indisputable fact that they are well-made and extremely reliable.

October 12, 2019
By copcardrvr from Minnesota
Owns this car

I owned a 1996 Camry LE 4 cyl. and I always loved the way the car felt. It was like it was tailored especially for me. The interior of the GS400 feels exactly the same but with rear wheel drive and twice the power it out performs my Jaguar XK8. The ride, handling and power make my 30 mile commute seem way too short. The car had 156,000 when I bought it but was owned by snowbirds so it was never exposed to snow or salt. It still looks and drives like new. The styling is contemporary enough that it still looks like a newer car. There aren't very many of them on the road so people are amazed when I tell them it's a 20-year old car. Even at 150k+ miles, I wouldn't hesitate to take a cross country trip, it runs that good.

September 8, 2019
By AGDNEXT from Lincoln, NE
Owns this car

Very low matenance. 276,000+miles. With Lucas Oil Additive, plan to drive it till I die. Only 84. Brother tested the Lucas product for International Truck Division. With it, I dove a used 1957 Chrysler to 417,000+ miles.

Exceptional car all around

This car is going on 19 years and out performs the other luxury cars I?ve owned relevant to it?s class (BMW, Audi) that were several years newer!

All model years for the Lexus GS 400 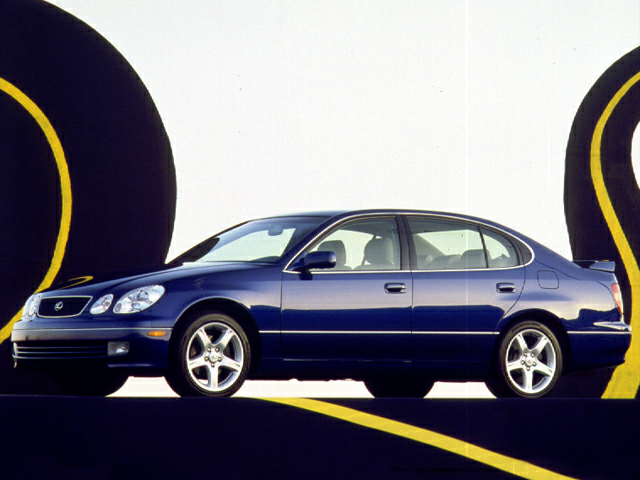 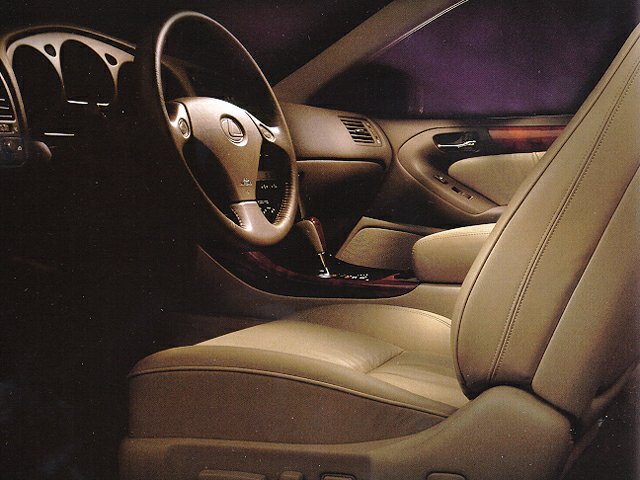