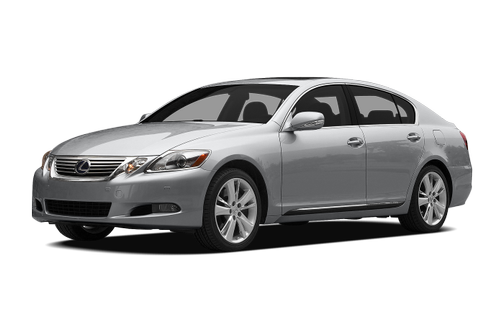 Our 2010 Lexus GS 450h trim comparison will help you decide.

There are cars that are built to haul families and cars that can accommodate families. The 2010 Lexus GS 450h is one of the latter. It’s a hybrid sports sedan that’s built for performance and the driving experience, but it won’t complain too loudly if you toss a couple of kids in the backseat. Just try not to spill the Cheerios, m’kay?

The GS 450h seems strangely conflicted, as if it doesn’t really know what it wants to be. The hybrid system gives the GS plenty of speed, but a typically soft Lexus suspension absorbs the road feel. That’s lovely and peaceful for the passengers, but the lack of rear legroom is decidedly not. It’s a hybrid, but it’s faster than the V-8 version of the GS. The car is confused; I’m confused. At least my kids knew what they thought of the GS 450h: They were unimpressed.

The driving experience in the GS 450h is an odd one. It begins with disquieting acceleration that’s devoid of engine roar. While there’s plenty of power to be had, there’s no quick jump off the starting line, as with a traditional gas engine. It can run on purely electric power but only at low speeds. It’s super quiet on the road, not only because of the hybrid system, but because the GS is solidly built, with heavy doors and tons of soundproofing. The only really jumpy thing in the GS is the regenerative brakes, which were surprisingly sensitive.

The GS is, by far, the best looking of the Lexus sedans. It is sleek and elegant, with plenty of personality. The grille has been slightly redesigned for 2010, but it still looks familiar and very Lexus-y. The headlights angle away from the center grille, with a large Lexus badge in the middle of it. Subtle sculpting along the hood echoes the grille, while bolder lines reach back from the lights. It creates a wider, bolder face and gives this Lexus an edge that’s missing from some of its lineup.

In the front and along the sides, chrome wraps nearly everything, bringing plenty of sparkle without becoming gaudy. Chrome can be found on the headlights, grille, windows and the bottom of the doors. Somehow, the door handles escaped the chrome treatment, but I think it was for the best. It’s a fine line.  The roof is rounded, leaning back from the hood, creating a sense of movement, even when the GS is parked.

Getting in and out of the five-seater was easier for the kids than it was for me. The GS sits fairly low to the ground and I’m not graceful. The ceiling is also on the low side, so I had to watch my head on the way in. The doors are heavy and close with a “thunk.” They may be slightly unwieldy for little ones. My guys handled the doors without a problem, but they’re half grown.

New for 2010, the hybrid system got a few tweaks, making it more efficient than ever. The GS has a 292-horsepower, 3.5-liter V-6 engine that uses premium gas. It also has two electric motors – one starts the gas engine and the other boosts acceleration – that give the GS a combined 340 hp. The GS 450h gets an EPA-estimated 22/25 mpg city/highway, but I, in what has become typical fashion, never hit those numbers. During my week in the GS, I averaged 19.5 mpg. This is due to the combination of hauling a fairly heavy car up and down hills all day and my complete disregard for economical driving practices.

The GS 450h’s interior, especially the front seat, is luxurious, comfortable and very masculine. The heated and cooled leather seats with power adjustments embraced and supported me like a fantasy. I just sunk into them. Then I realized I couldn’t see out of the windows, so I readjusted the seat and found that visibility isn’t great in this sedan.

It’s very dark inside the GS, even with the standard sunroof. There’s lots of black leather and a black dash with black insets. The interior’s only color comes from wood trim on the steering wheel and center console that’s in a shade of cherry. It actually seemed more of a grenadine color than actual fruit or wood for that matter.

There’s plenty of technological wonders in the GS, from a large LCD touch-screen that offers navigation, audio and climate controls to the Bluetooth system that not only makes phone calls hands-free but also streams music from an MP3 player. Though there are USB and auxiliary inputs, the USB system was so slow and clumsy that using Bluetooth to stream music made much more sense. What didn’t make any sense were the GS’ two ashtrays, complete with cigarette lighters. At least when my kids asked me what they were we had an excellent conversation about the dangers of smoking.

Storage seemed to be at a minimum, with a decent-size dual-level bin in the center console. There are no additional cubbies or bins anywhere. There are two cupholders in the front row and two more in the backseat’s armrest. The door bins are narrow and don’t have bottleholders, and I couldn’t manage to stuff anything in there but papers. During my test drive, the front passenger seat was often occupied with clutter.

There isn’t a whole lot of room in the backseat, either, as legroom is fairly limited. There was enough room for my kids, and adults can sit back there, but they won’t be able to stretch out.

The GS comes with Lexus’ Vehicle Dynamics Integrated Management System standard. Through it, all of its multiple safety features talk to each other, working together to keep the GS on the road and heading in the right direction. Those standard safety features include four-wheel-disc antilock brakes with brake assist, electronic stability system and traction control.

The GS also has 10 airbags, including side-impact airbags for the front and rear seats, side curtains for both rows and knee airbags for the driver and front passenger. It also has standard adaptive headlights that swivel in the direction of a turn. Lexus also offers a one-year trial subscription of its Safety Connect, which automatically alerts the authorities of a collision and comes with an emergency assist button as well as stolen vehicle tracking.

Adaptive cruise control is available. This safety feature can sense impending collisions and alert the driver to it.

In the backseat, the seat belts are placed rather high and don’t fit smaller kids well. The buckles are recessed and can be hard to reach for little hands. My son’s booster seat wouldn’t sit flat on the rear seat, and the booster seat kept sliding over the recessed seat belt buckle. The poor guy struggled with it every time we got in the car.

There are two sets of lower Latch anchors in the GS. While they’re visible, they aren’t easy to reach. I had to slide the front passenger seat forward to get a rear-facing infant-safety seat to fit in the backseat. A convertible seat fits just fine.

Get more safety information about the 2010 Lexus GS 450h here.

Most reliable car I have owned!

The car is great it meets and exceeds all of my expectations and needs. It is a comfortable ride, great on fuel, and roomy. I did not expect this from a used automobile. I am completely happy with my purchase.

My wife and I purchased this vehicle about 3 years

The only bad thing about the hybrid is a trunk is super small but I don't think the manufacturer made the car for the sole purpose of hauling your family around.. but overall my wife and I really love the car.. the car is super responsive when you hit the gas pedal the cars vehicle maintenance isn't that bad as long as you stay up on it..

The car has meet all my needs. Excellent performance car mixed with luxury. I would recommend this vehicle to anyone. The gas mileage on this vehicle is unbelievable and the performance is spectacular.

All model years for the Lexus GS 450h 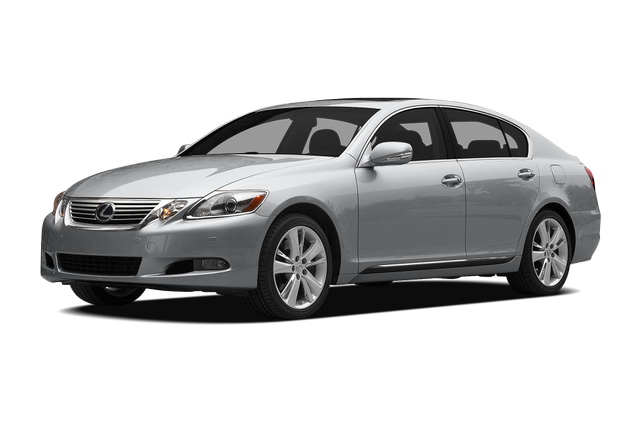 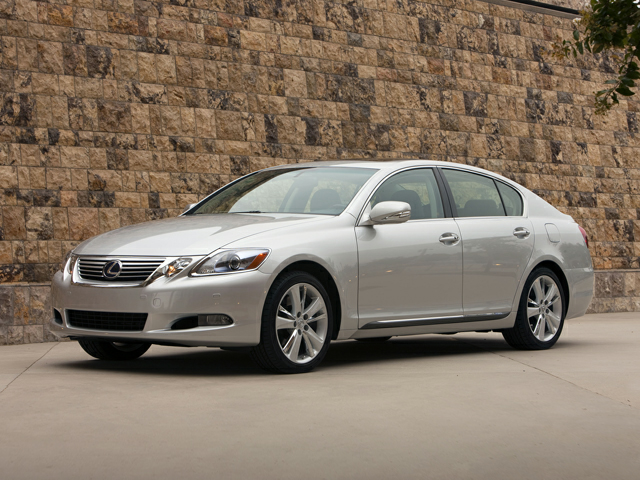 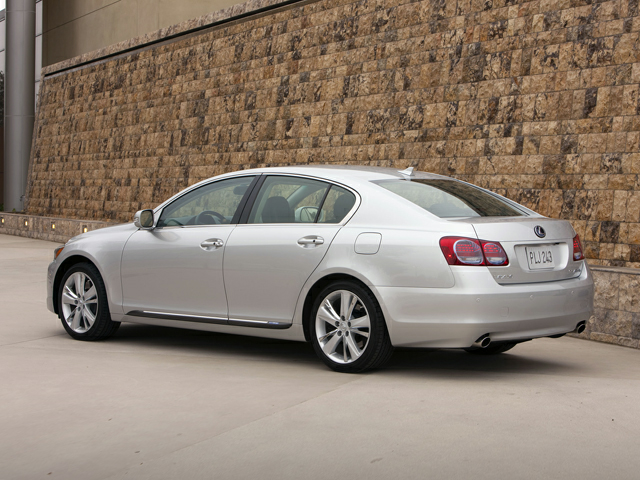 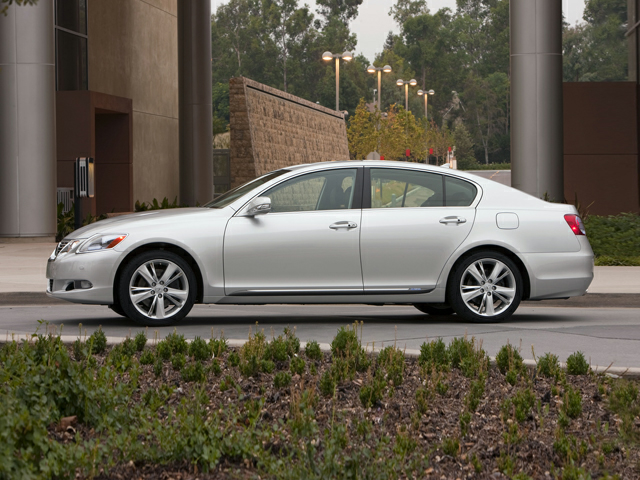 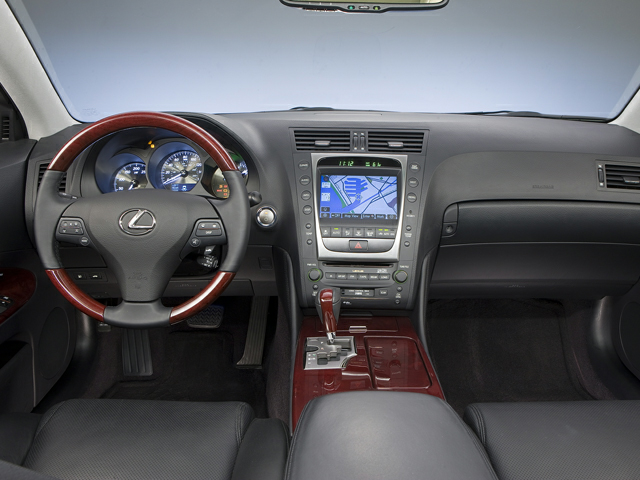 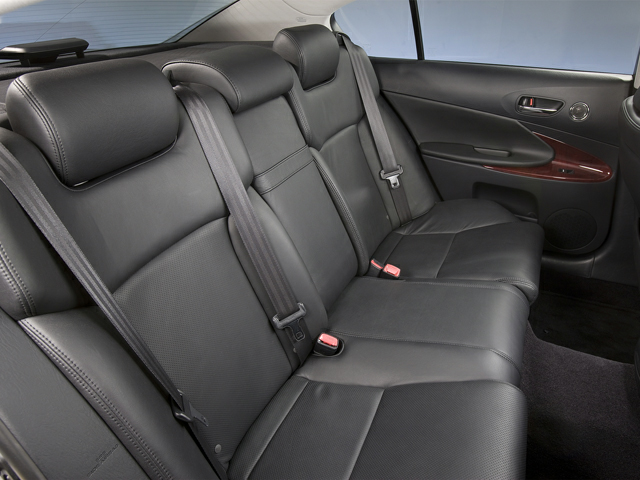 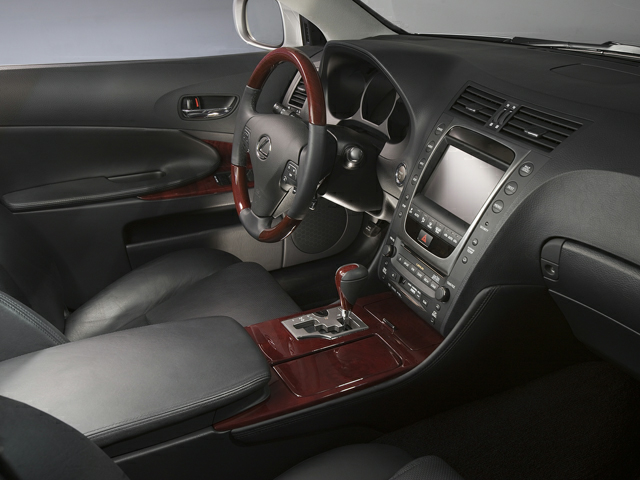 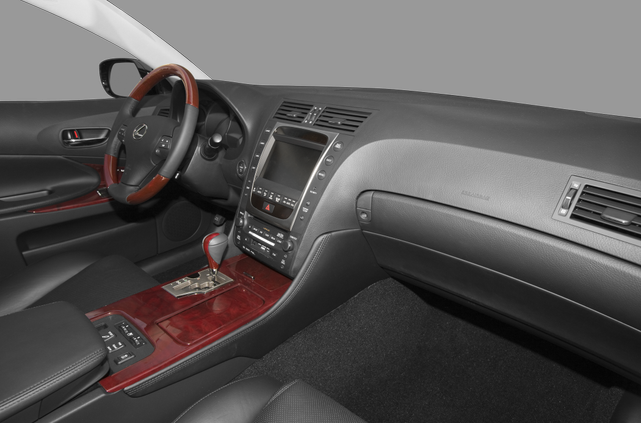 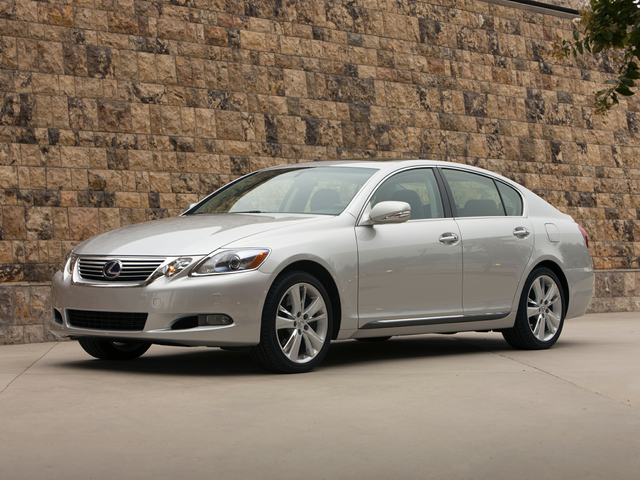 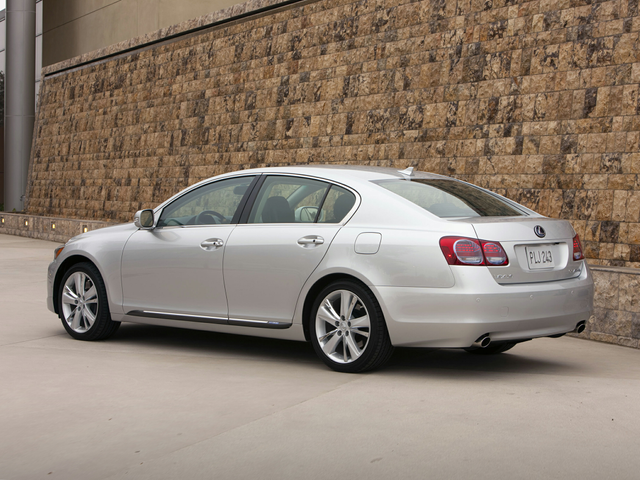 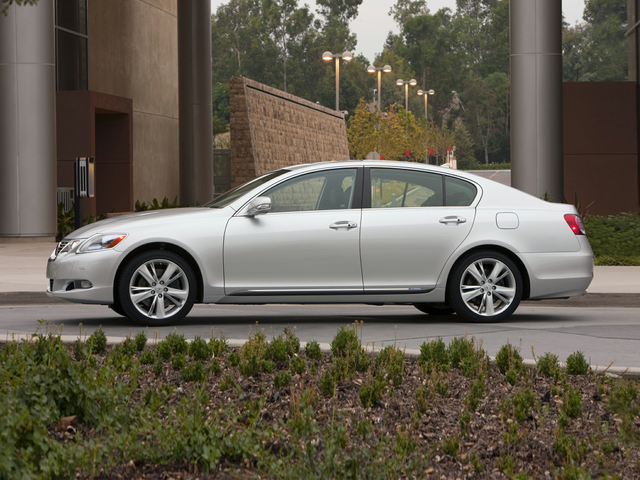 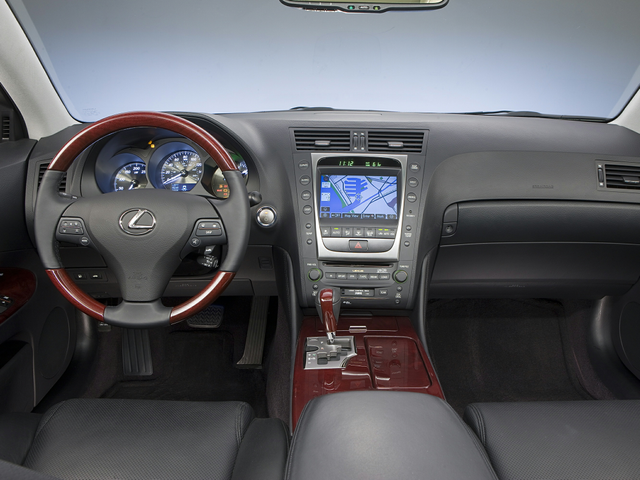 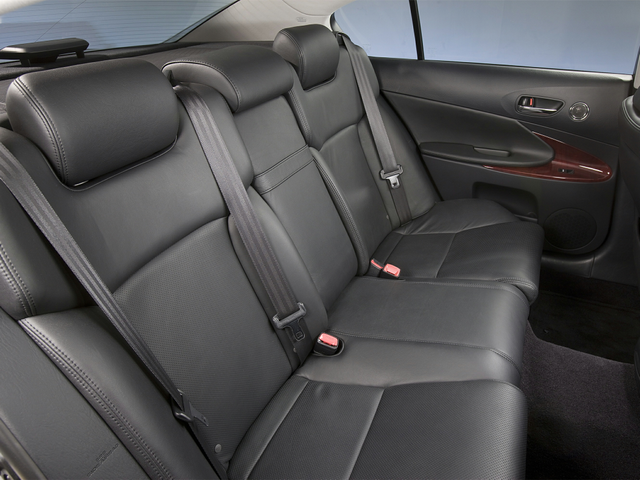 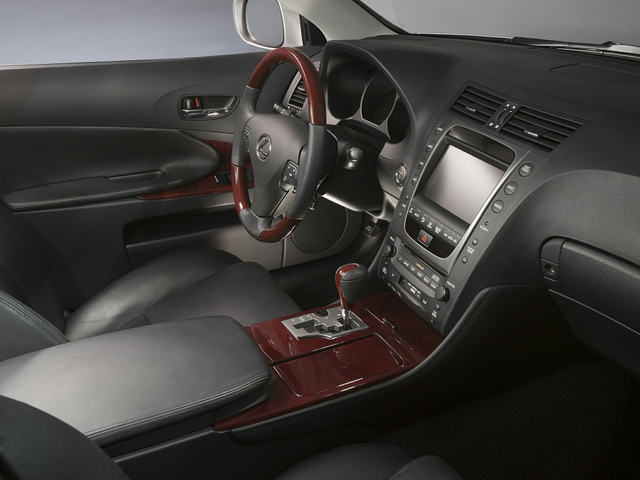