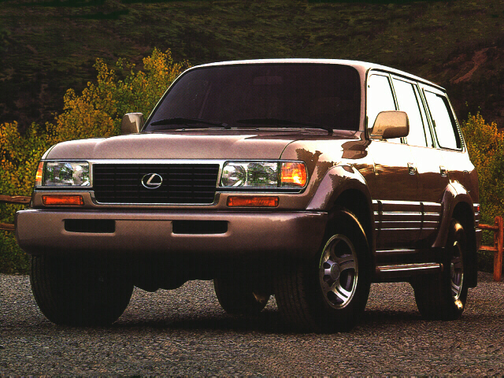 The folks at Land Rover probably let out a collective sigh of relief when they heard that the Lexus LX 450 would be little more than a fully decked-out Toyota Land Cruiser.

As you may know, Land Rover builds the world’s best-selling luxury sport-utility vehicle, the $50,000 Range Rover.

Until the LX 450 landed on the market earlier this year, the handsome and technically advanced Range Rover had no real competition.

One could put up a reasonable argument that the Rover still doesn’t.

I think Toyota blew it with the LX 450. Although it’s a fine vehicle in most respects, the LX 450 misses the target – if the bull’s eye was Range Rover.

To lure buyers away from Range Rover, the LX 450 needs a V-8 engine, a better suspension system, more interior room and unique styling.

Until those improvements are made, the LX 450 will probably appeal to Lexus owners who want to stick with the brand.

The LX 450 has a double-overhead cam, in-line six-cylinder engine that makes 212 horsepower. The engine is exceptionally smooth. It doesn’t make much noise, either.

This is the same engine that’s used in the Toyota Land Cruiser. Toyota slapped a chrome Lexus logo in the valve cover as if that would somehow justify its existence in the LX 450.

For the same money, the Range Rover comes with a powerful V-8.

The LX 450’s performance is fine at low speeds, but you’ll probably be disappointed the first time you step on the accelerator to merge onto a highway or to pass slower traffic. The LX 450 has very little oomph. The engine works hard and pulls strongly when you mash the gas pedal, but 212 horses just aren’t enough to get this 5,000 pound vehicle moving very quickly.

I looked under the hood and saw what appears to be ample room for the V-8 engine from the LS 400 sedan. Retuning the LS engine to deliver greater low-end power would transform the LX 450 – as well as help justify its high price. At roughly $10,000 more than the Land Cruiser, the LX 450 should offer a premium engine.

No complaints about the LX 450’s four-speed automatic and four-wheel-drive system. Shifts are smooth.

When you drive slowly in rough terrain the LX 450 has a pleasing demeanor that conveys sturdiness. The vehicle feels unbreakable. On the road, the LX 450 offers a somewhat softer ride than the Land Cruiser. However, the LX 450 feels trucklike at times. Big dips in quick succession make it convulse and pitch. The Range Rover, with its computer-controlled air-driven suspension system, behaves much more civilly.

You can’t fault the LX 450 for the way it is assembled or for the materials Lexus uses; in both areas, it is among the best in the industry.

The LX 450 is put together very tightly – there are no rattles or squeaks when you drive on rough surfaces.

Lexus used the thick, soft leather from the LS 400 on the LX 450’s s eats and door panels. There also are classy looking wood inserts on the shifter housing and door panels.

Despite these things, the interior was a bit of a letdown. The gorgeous back-lit gauges from the LS 400 would have given the LX 450 a real Lexus personality. Instead, Toyota left the Land Cruiser’s plain, easy-to-read analog gauges in place.

The sport-utility comes with split folding middle seats. They fold forward in a pinch, leaving plenty of room for big items. Two auxiliary side-facing rear seats in the cargo area can be folded up when not in use.

Head and leg room in the middle and rear is just adequate.

As with other Lexus models, the LX 450 comes loaded with power accessories and luxury items. Lexus says some of them are optional, yet try to find a Lexus without a sunroof (there aren’t many). Our test vehicle had the optional electric sunroof ($1,250); remote control door locks; power windows, mirrors and seats; and cruise control. The CD player add d another $1,050.

Convenience Package A, which added running boards, a roof rack, rear -wind deflector, a cargo mat and a hitch, pumped up the price another $1,300.

I think the Land Cruiser is an excellent flagship for Toyota, but a different grille and a fancier interior isn’t enough to make it good enough to wear the Lexus badge. The LX 450 needs more features that distinguish it from the Land Cruiser.

That’s a nifty way to obtain a little superficial status without spending the$10,000 extra for the LX 450.

Truett’s tip: The LX 450 should satisfy Lexus fans who want a smooth, quiet sport-utility vehicle with all the luxury trimmings.

I am completely built for my comfort self in original condition like new , luxury and re ability, always a rock off road style. The Best suv ever

One of the best vehicles Lexus/Toyota has made

July 2, 2012
By SUV Enthusiast from California
Owns this car

This is one of the best vehicle Lexus has made. It drives well in all weather conditions, including snow. You feel being part of the vehicle when you are driving it. It goes over obstacles with ease. The reliability is excellent and you enjoy driving it.

Bought a few months ago and it's great for driving through all the snow storms we've had this winter. Just won't get stuck. I love it

All model years for the Lexus LX 450 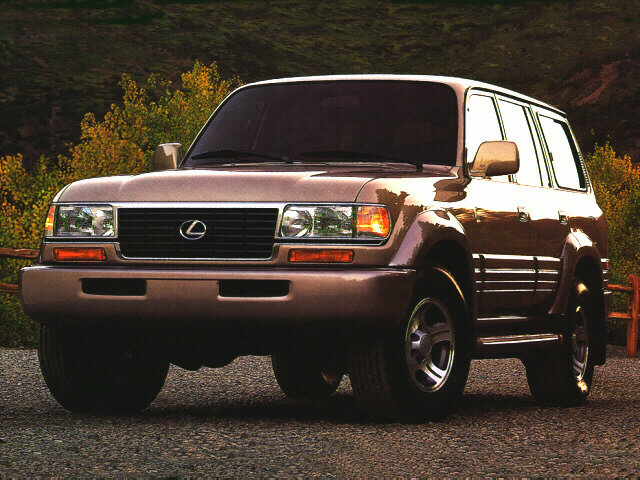 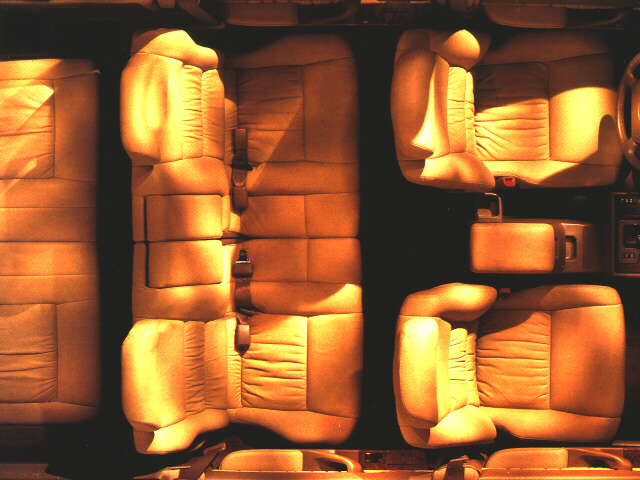