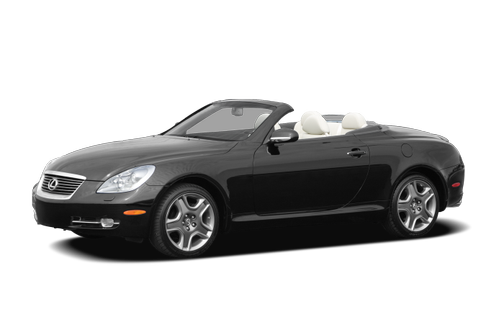 You are a builder of world-class sedans.

You are Lexus, upscale brand of Toyota, and you make them as well as anyone on the planet.

But now you want to offer a sports car. Not only to attract younger buyers, but also the older faithful who want a certain pizzazz of their own.

That calls for compromise. Jaguar bridged the gap by making available superchargers, and Mercedes-Benz did it with its great new line of SLKs. Porsche will go the other way — the company is planning a sedan it hopes to sell based on the aura of its sports cars.

Lexus first tinkered with the sports car concept in the early 1990s, but its early SC sport coupes were just OK. They were blown away by emerging cars from European and other Asian builders, and were also blinded by the glare of the great Chevrolet Corvette.

The company has almost accomplished its mission.

Granted, if you are a Palm Springs matron or Manchester-by-the-Sea man of a certain age looking for that buzz without sacrificing luxurious amenities, have I got something for you.

First, this is a brilliant car, and certain younger buyers whose wallets are fatter than their verve factor may well go for it.

It is hard to find this much luxury, power, quiet, and smoothness all together in a two-seater. (There is a back seat, but that’s where you park the toy poodle and your Gucci bag, not human beings.) And the trunk is useless if you want to travel top down and also carry luggage.

You can get Fifi to her shampoo appointment and back in world-class time in this baby.

But I fear I am being too cynical.

If what you are after is a sports car look — and the looks of this one are distinctive — with a luxurious ride, feel, and interior sense of entitlement, the SC 430 is hard to beat.

Consider that even the little panels that open and close over its inner storage areas are made of wood. Knock (or touch) wood and it obeys like an electronic switch given a command.

The front seats are deep and enveloping. The interior includes such standard features as leather seats, adaptive headlights, a navigation system, a subtly booming nine-speaker sound system, wood trim galore, leather everywhere, and an aluminum-alloy roof that rises and drops in just over 20 seconds.

For safety, you get an antilock brake system, electronic brake force distribution (it handles emergency braking as soon as it senses that is where you are headed and beats you to it), front- and side-impact air bags, and traction/stability control.

New for 2006 is a six-speed automatic transmission with a sequential shifting option, meaning that you can truly be in charge of your shifts if you want to play race car driver. Unlike many other sequentials, it does not lurch forward with each upshift, but instead delivers feather-light gear changes. It also senses when you have downshifted on a hill and holds the lower gear (no need for braking), letting you wind the engine for full thrust when you want power for climbing, passing, or getting rapidly off corners.

So is it? Maybe it’s a sports car trimmed in mink.

But for the right person, in the right mood, and with the correct size wallet, the SC 430 is a perfect car.

Car that will never be built again!

I bought my 2006 sc430 18 months ago. The ride is not only smooth, but it holds the road without making break your back. Without even realizing it, I'm taking off ramps at speeds that would have scared me in my 2018 civic SI. No drama, just slides through the curves, smooth and silky. And an 8 cylinder Toyota/Lexus engine! You just can't buy this type of car anymore and this kind of car will never be built again! This was a Toyota exercise in showing the German cars how to do it all with Japanese reliability. Rain, no problem. I was caught in an unexpected snow squall last winter, untreated roads with 4 inches of snow. Put it in snow mode, took it easy and never spun a wheel, got me home just fine. The feel of the wooden steering wheel is amazing? Get one if you can, I strongly recommend 2006-2010 withe the 6 speed, Bluetooth, and updated suspension. These cars won't be on the market much longer at affordable prices under 20k.

C'mon, it's a luxury convertible!

Just enough room for me 😄

Rating breakdown (out of 5):
4 people out of 4 found this review helpful. Did you?
Show full review
See all 34 consumer reviews

All model years for the Lexus SC 430 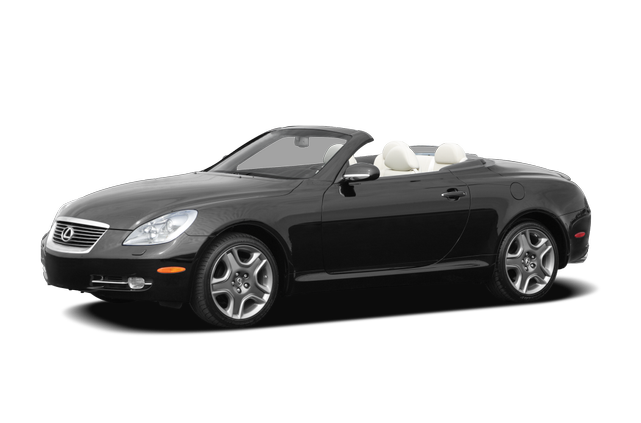 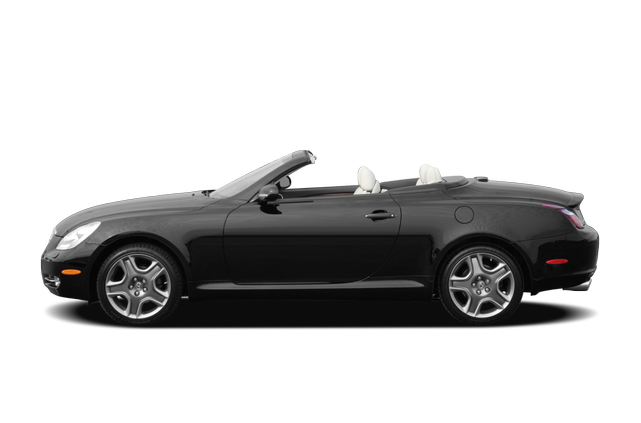 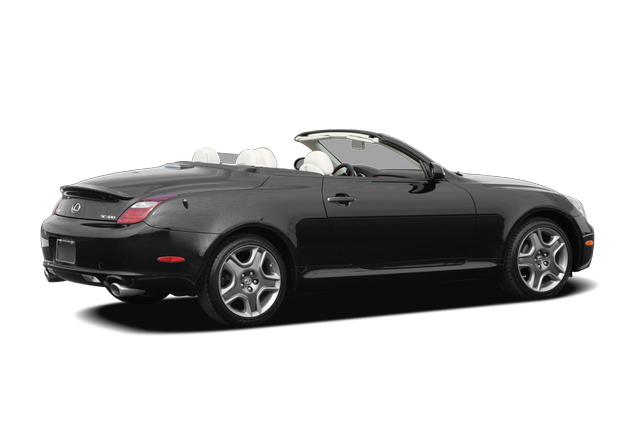 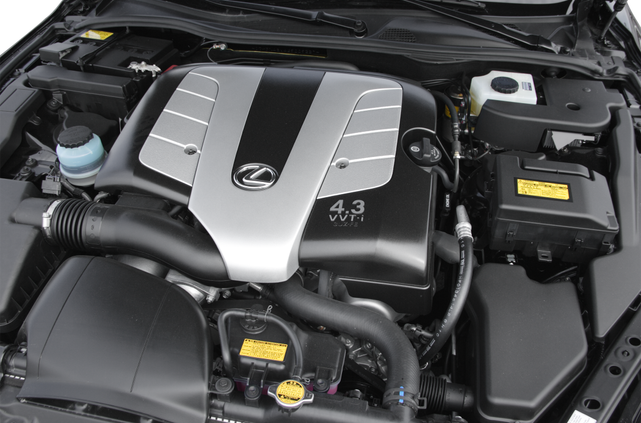 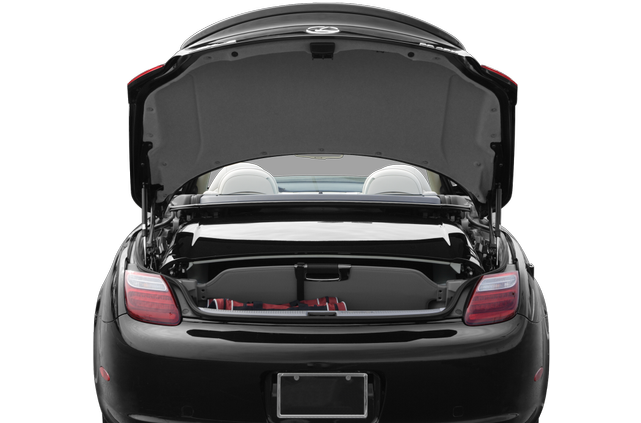 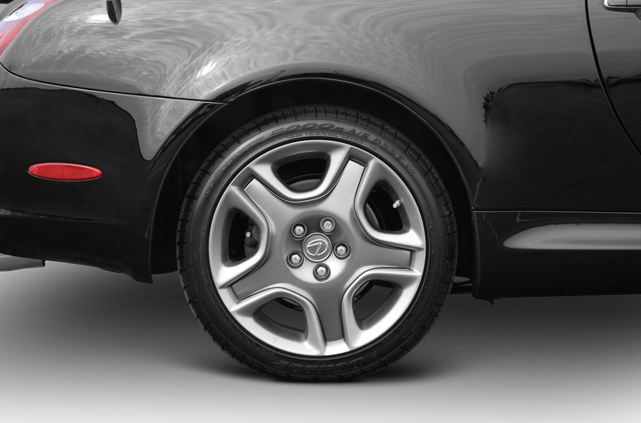 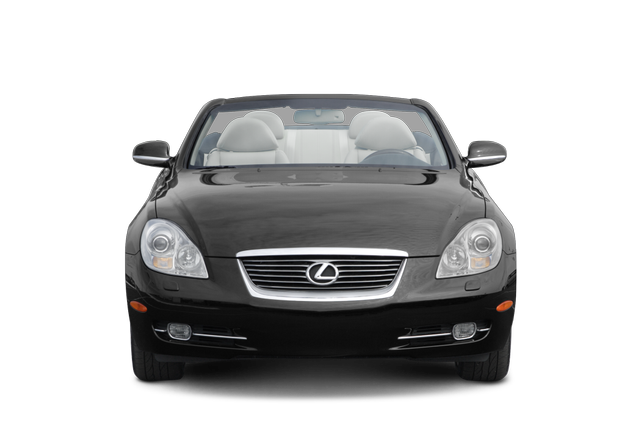 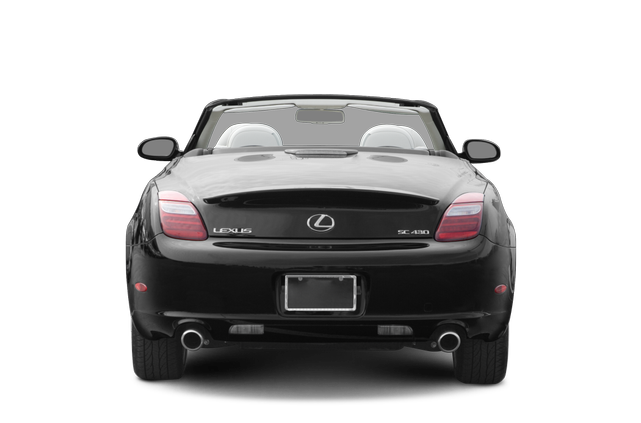 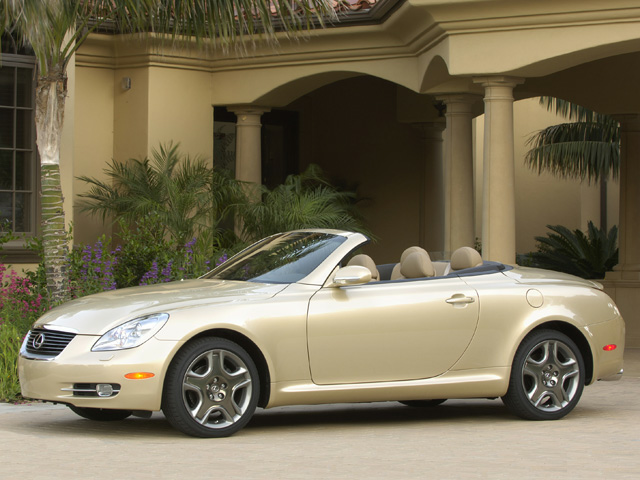 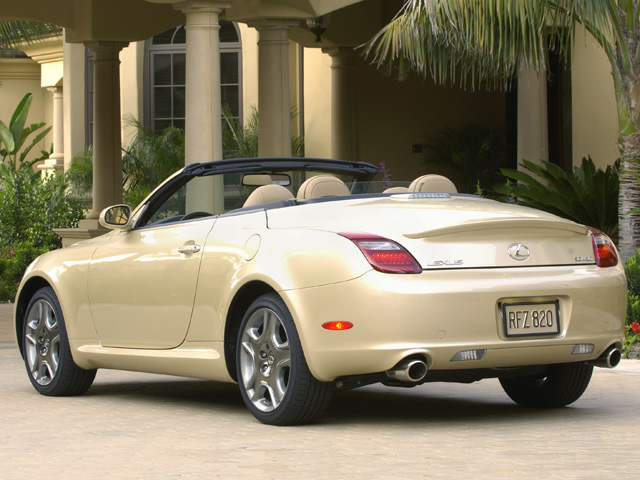 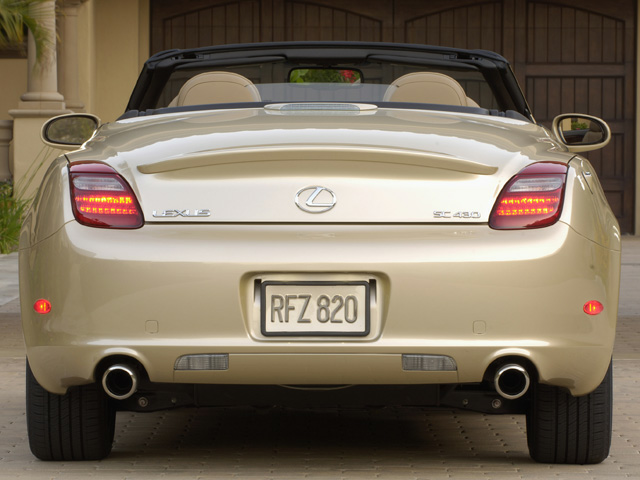 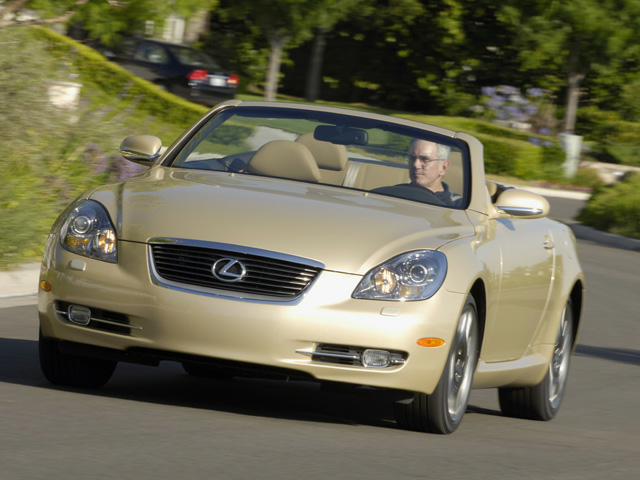 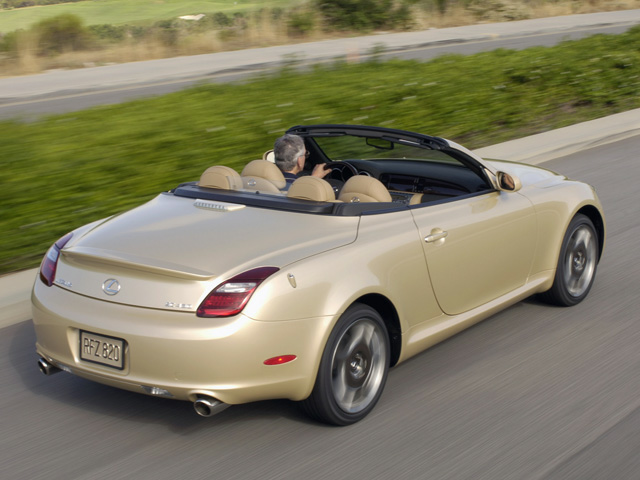 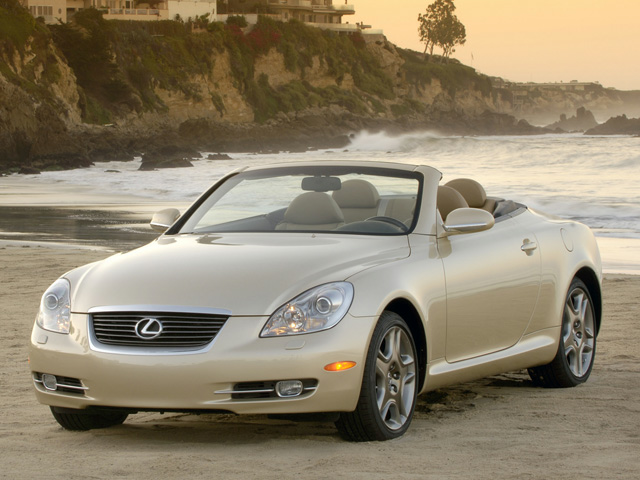 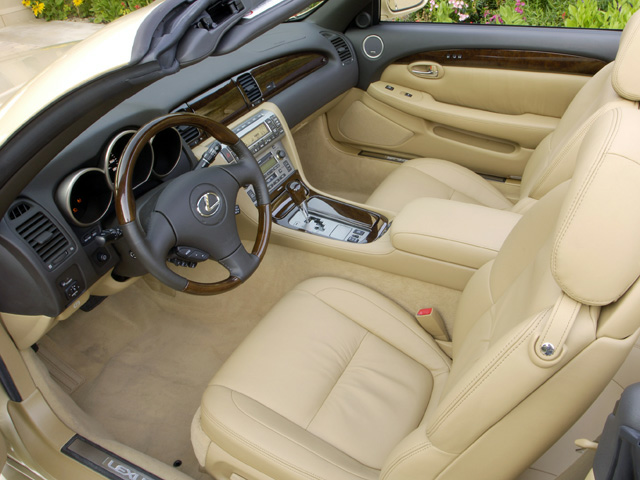 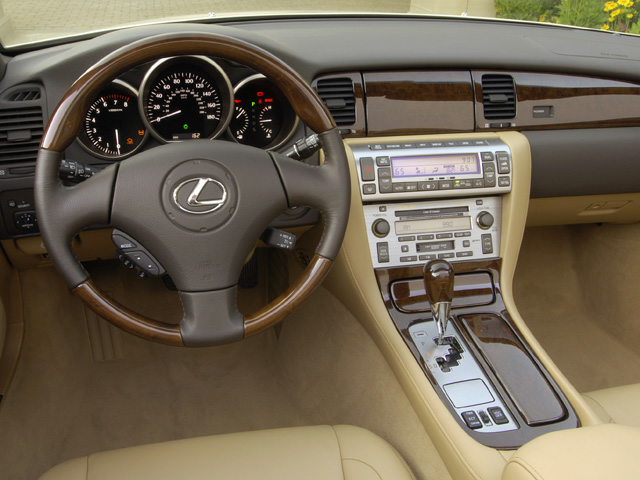 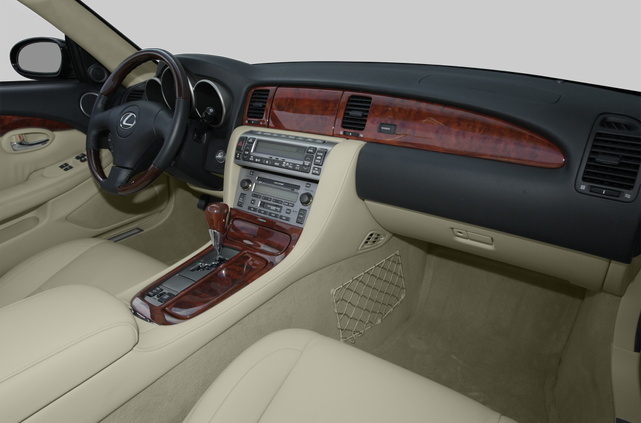 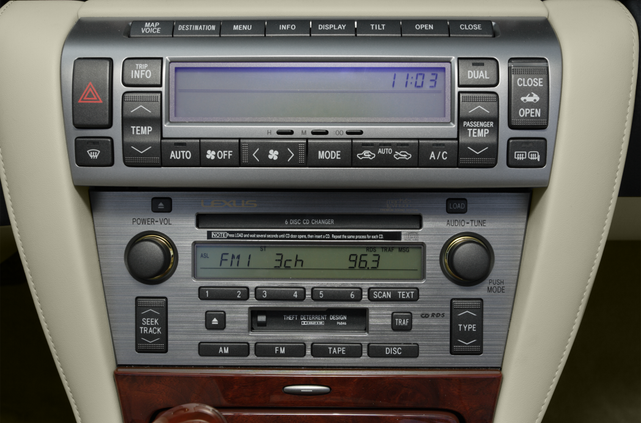 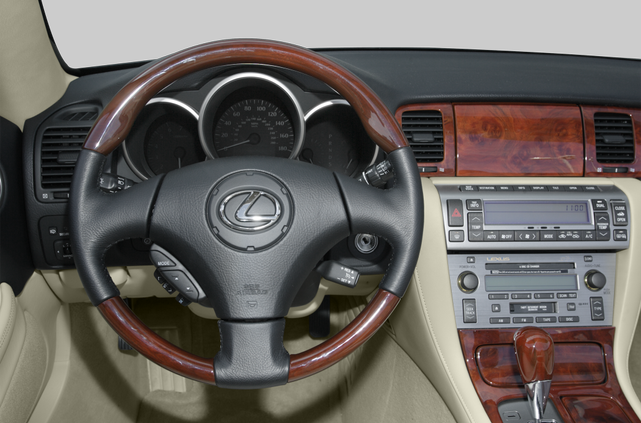 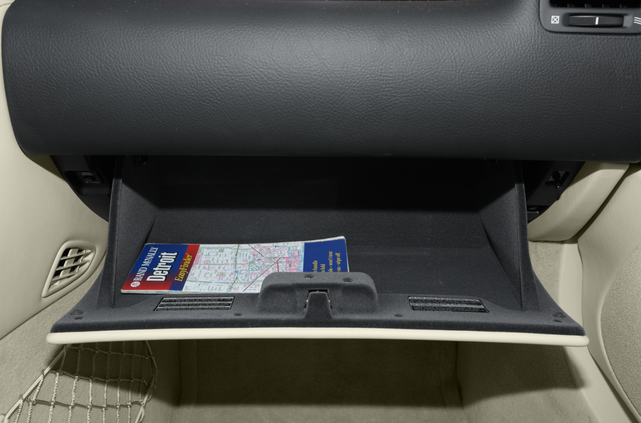 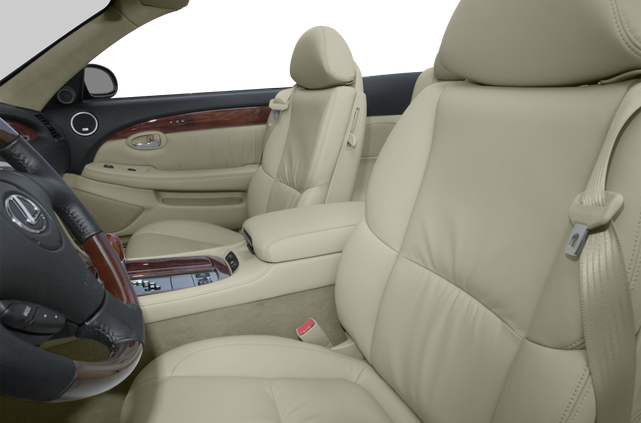 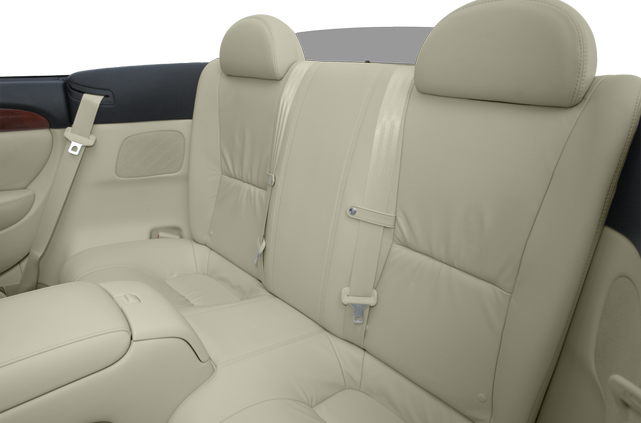 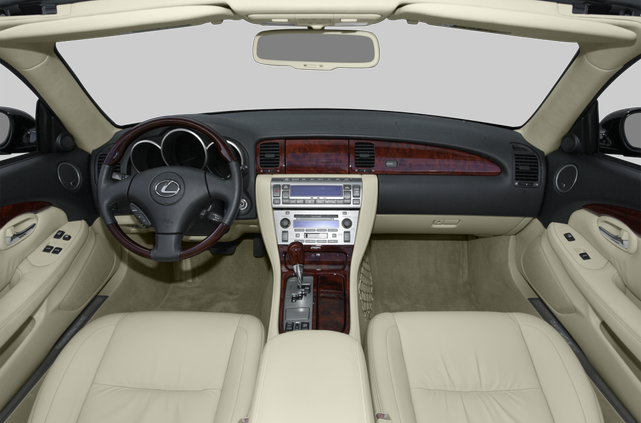