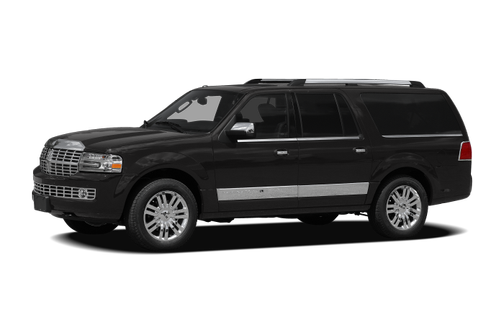 Our 2008 Lincoln Navigator trim comparison will help you decide.

Editor’s note: This review was written in January 2007 about the 2007 Lincoln Navigator. Little of substance has changed with this year’s model. To see what details are different this year, check out a side-by-side comparison of the two model years.

Lincoln didn’t redesign the new Navigator from the ground up, like Cadillac did with its latest Escalade, but it sure did a number inside and out to make it look completely different. The Navigator’s appearance could be its major selling point, because in most other ways it doesn’t stand out. The question is: How many buyers will like the looks enough to buy it, and will they like it enough to pick it over the all-new Escalade?

The Bling Factor
The dumbest question an automotive journalist could pose in regard to the new Lincoln Navigator would be, “What do you notice first when looking at it?” Duh! It might as well be called the Blingmobile, as my wife and I nicknamed it, thanks to its giant, diamond-cut chrome grille. Wait a second, is that chrome? Nope; chrome is very expensive these days and is rarely used on new cars and trucks. The grille is actually painted plastic, and when you get up close you can tell it isn’t substantial. It sure looks real from far away, though, and will look that way to the people and drivers you pass on the street.

Personally, I liked the old blade-like grille on the previous Navigator and thought it could have been enlarged and chromed for the 2007 version, much like the Lincoln Mark LT’s. That’s enough virtual ink devoted to the grille, I think, and at least the headlights are well-integrated into the otherwise busy design. Take a walk around the rest of the Navigator and you’ll wonder why it’s so busy up front when from every other angle the design is incredibly subtle. My black test vehicle was the perfect color, and I couldn’t really fathom anyone going for anything else — though I saw one in purple recently, and certainly that would not go unnoticed.

Interior
Inside the cabin, big, plush seats welcome the driver and passengers. There’s a giant center armrest with storage between the driver and the front passenger seat, as well as one splitting the second-row seats. Up front, the center console sports four cupholders for the incredibly thirsty traveler, but it didn’t fit much other stuff. Besides the cavernous center console, there were no smaller cubbies for things like breath mints, change, a cell phone, etc., and that actually left me feeling a bit cramped, even though there’s no shortage of head, leg or hip room.

The huge dashboard didn’t leave a great impression on anyone during our week with the Navigator. There’s something odd in the texture of Lincoln’s new interior plastic. It’s hard to put my finger on what it is, but it doesn’t seem nice enough to be in a pseudo-luxury vehicle — though it isn’t what I would call cheap, either. My wife immediately voiced her preference for the Cadillac Escalade’s passenger seat. We spent considerable time in both SUVs, and her immediate distaste for the Navigator isn’t shocking if you compare the two interiors side by side.

There were some highlights on the inside. For one, I loved the retro gauges. They reminded me of my grandfather’s Cadillacs of the 1970s and early ’80s. Easy to read and extremely distinctive, the gauges make an elegant statement.

The third row was about as cramped as any third row in a large SUV these days, but the power fold option was nifty to watch. You’ll probably end up hitting that switch an extra time or two, because it’s just that cool.

By far, the best feature was the ability to enter the Navigator with ease via automatic power-extending running boards that remain hidden until a door is opened. This received high marks from my petite mother-in-law during the holiday season, and even I appreciated the resulting shorter step into the driver’s seat. They’re offered as a $1,095 option on their own, as well as part of a larger option package. I would say it’s probably the most useful option I’ve found in any large SUV, and Lincoln was generous to offer it as a stand-alone option.

Performance
A big SUV is all about imposing looks and a muscular engine. The Navigator has the looks part down, but the 300-horsepower V-8 engine seems woefully lacking in the power department, especially at takeoff. There was zero excitement about pressing the gas pedal, and leaving a stoplight never elicited joy of any kind.

Steering, on the other hand, was surprisingly accurate and relatively light for an SUV. When driving a large vehicle it’s often hard to tell how wheel input will translate to the road, but not in the Navigator.

Unfortunately, the brakes didn’t offer the same great feedback and were unreliable in bad weather; I made sure to give myself extra room in highway and city driving. Even the best of brakes would have a tough time slowing down so much weight, and Lincoln should consider upgrading these stoppers, even though they’re already of the four-wheel-disc antilock variety.

The ride was pleasant on most surfaces, but nothing spectacular; wind noise was also pronounced, as you would expect. The comfortable seats and soft suspension were both welcome on long rides.

Mileage is rated at 13/18 mpg (city/highway), and the trip computer stated I was averaging 14 mpg with a lot of highway miles. After a full tank fill up, the mileage was just under 13 mpg. That might sound horrible, but considering the class and how often I was trying to test the V-8’s throttle response, it’s probably a positive for the Navigator.

Safety
There’s a standard brake-based stability control system with rollover mitigation, and a tire pressure monitoring system, both of which are must-haves for large SUVs. Tire pressure is always important to keep an eye on, and even more so with SUVs. There are three rows of side curtain airbags, along with seat-mounted side airbags for the driver and front passenger.

The National Highway Traffic Safety Administration gave the Navigator a five-out-of-five-star frontal crash-test rating and a four-out-of-five-star rollover rating for the four-wheel-drive model. The Navigator has not been crash tested by the Insurance Institute for Highway Safety, which has a more stringent testing process than NHTSA.

Will You Navigate?
There’s nothing inherently wrong with the new Lincoln Navigator that would make me say someone shouldn’t buy one. If the looks grab you, then it makes perfect sense. If you’re remotely on the fence about picking the Escalade, the near-$10,000 difference in price between the $45,755 Navigator and the $54,500 Escalade could be the difference, though many drivers would be just as happy with a Ford Expedition Eddie Bauer Edition for $35,575 as with a luxury SUV.

If price and value were the only requirements, the Navigator and Escalade wouldn’t even exist. Some buyers want to make a statement with their SUV, and in that way the Navigator certainly rises above the luxury competition without sapping the kids’ college fund. If the wallet isn’t a factor, the Escalade still wins the all-American Blingmobile prize.

Best vehicle I have ever owned!

January 22, 2020
By imaginefirst from Metro Detroit
Owns this car

Great family vehicle, wonderful features, smooth ride, makes trips easy. Great in the snow and rain, kids love it too. Will buy another Navigator when the time comes to buy again.

November 26, 2019
By LINCOLN FAN from Victorville, California
Owns this car

It’s the most beautiful 2008 Lincoln Navigator Ultimate with so many options of luxury. It’s like brand new in and out. Every thing works perfectly like new. It’s such a small price for a wonderful SUV.

One of the best car I had.

Rating breakdown (out of 5):
5 people out of 5 found this review helpful. Did you?
Show full review
See all 30 consumer reviews 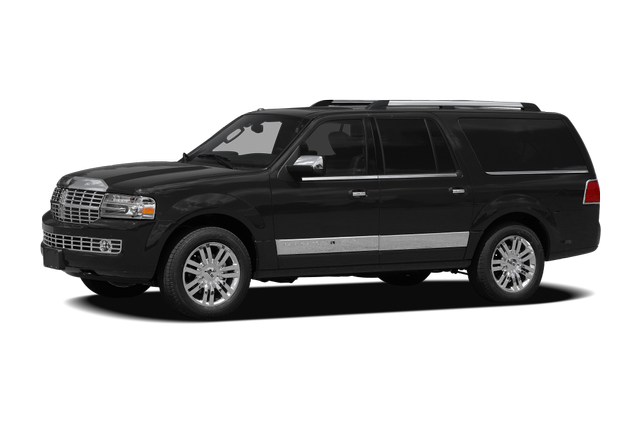 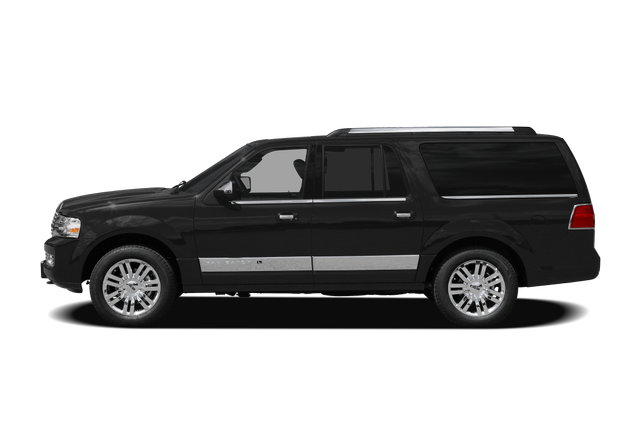 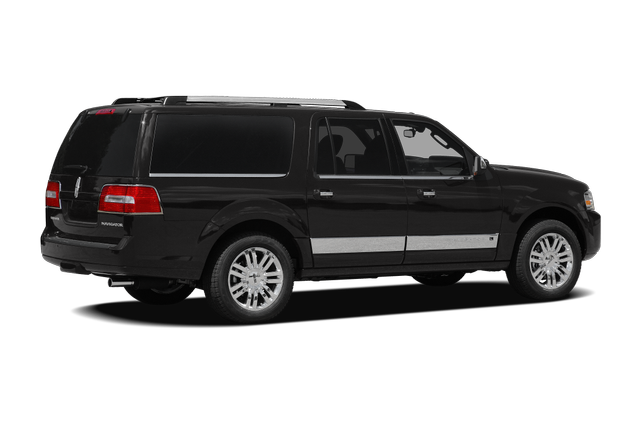 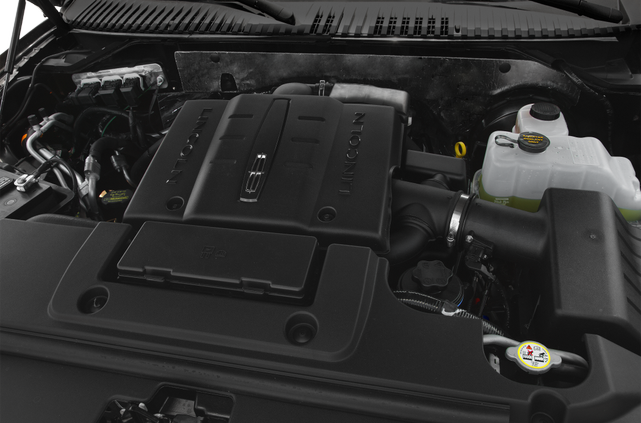 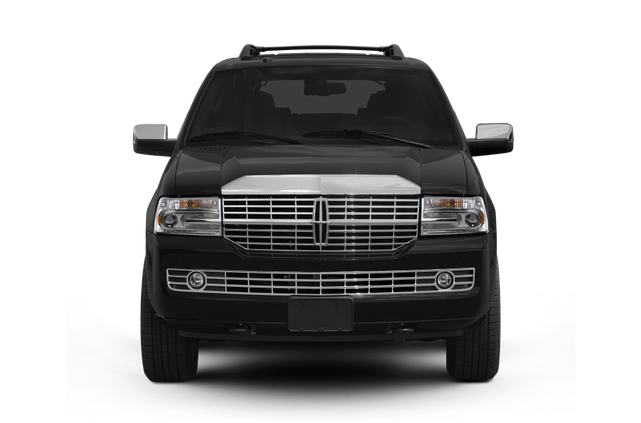 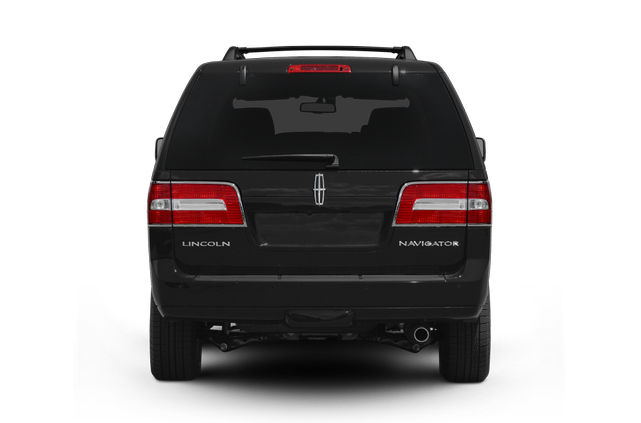 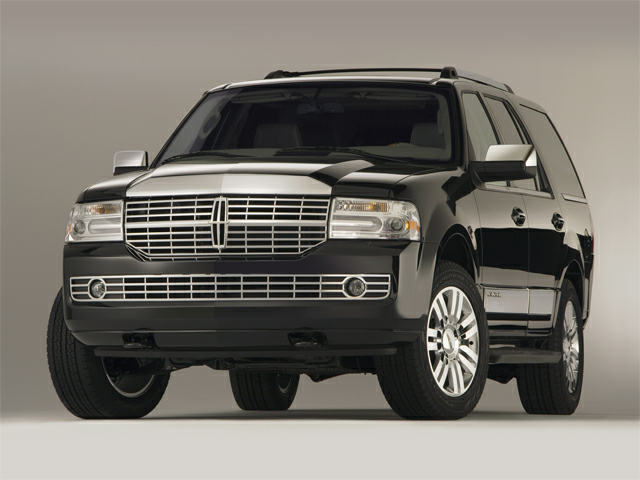 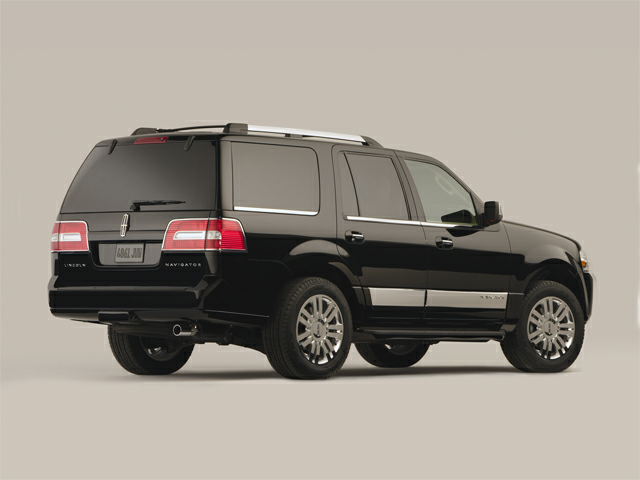 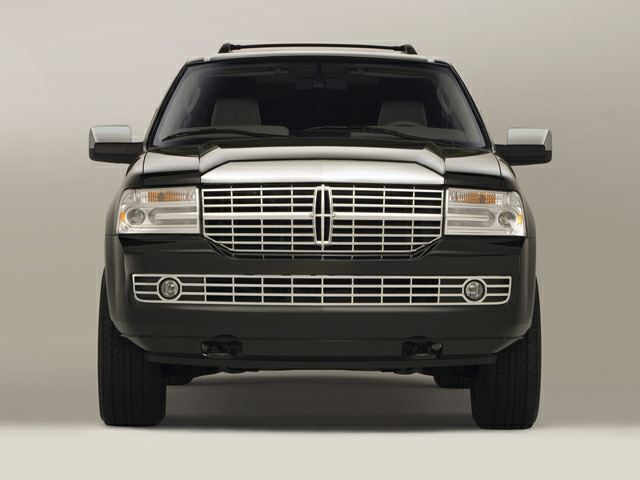 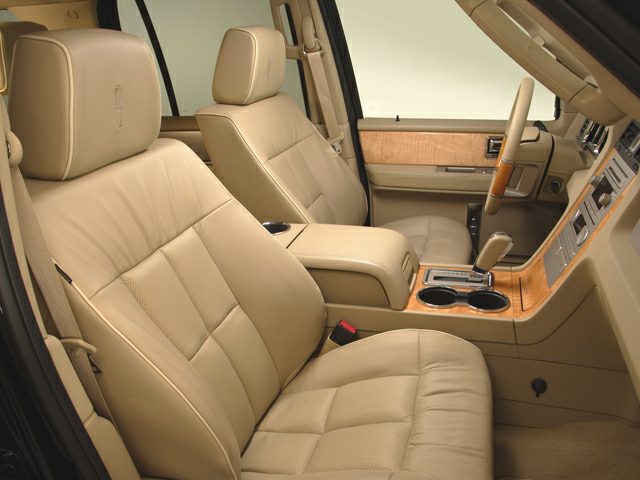 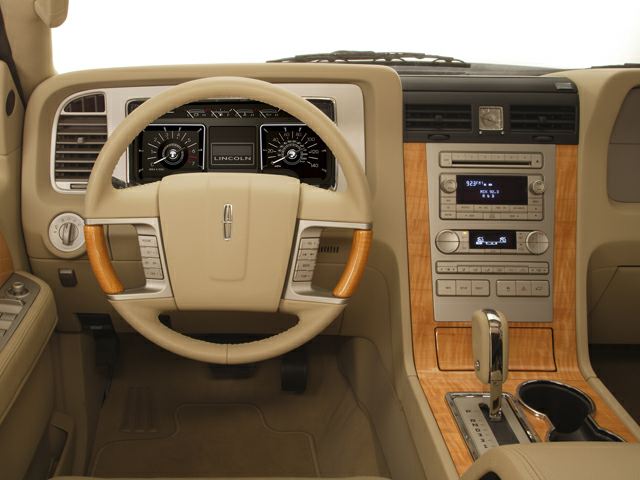 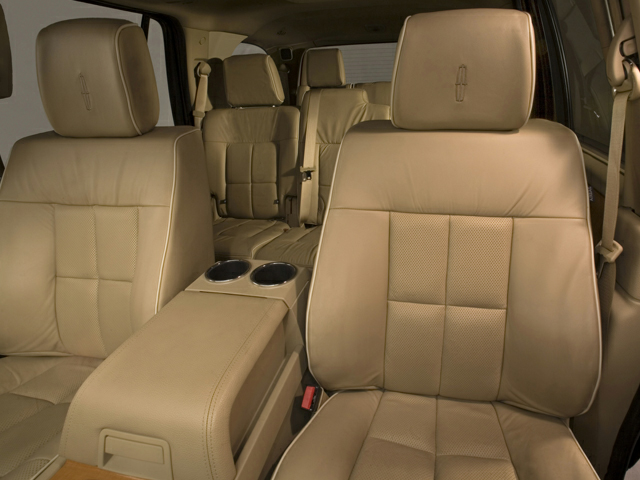 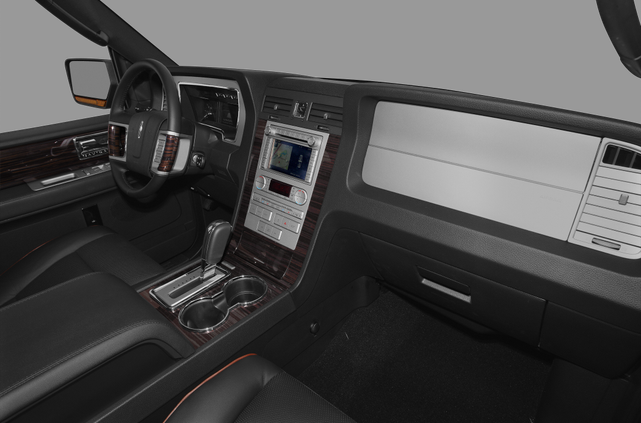 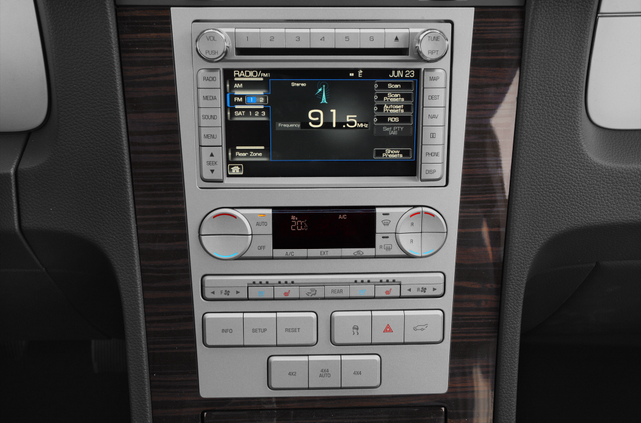 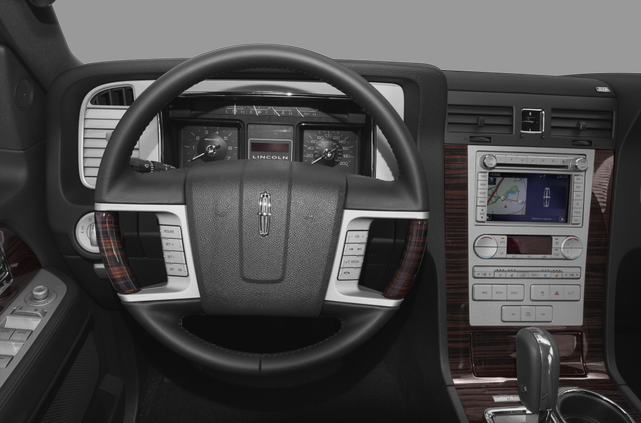 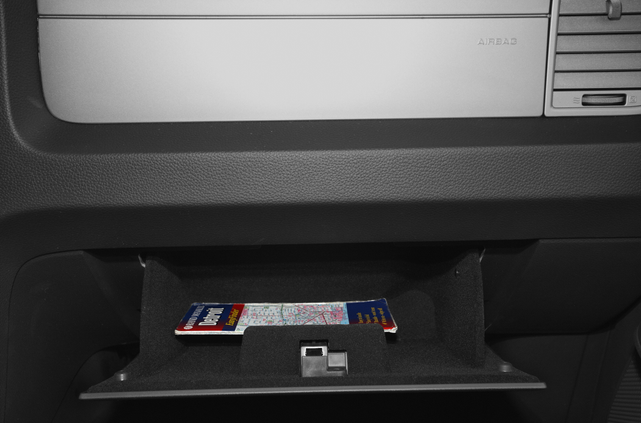 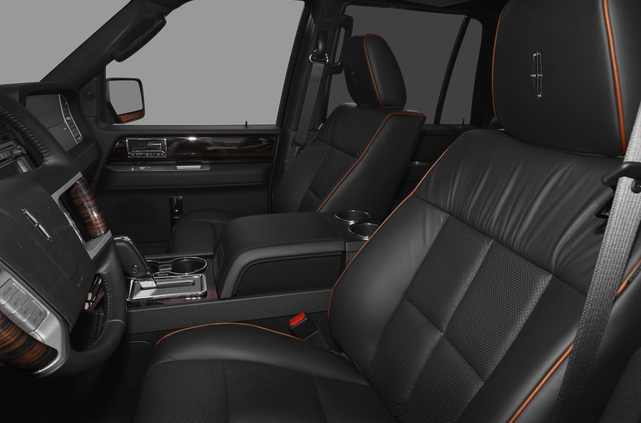 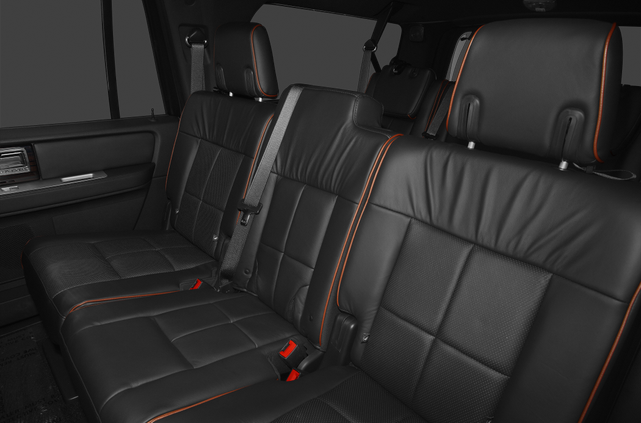 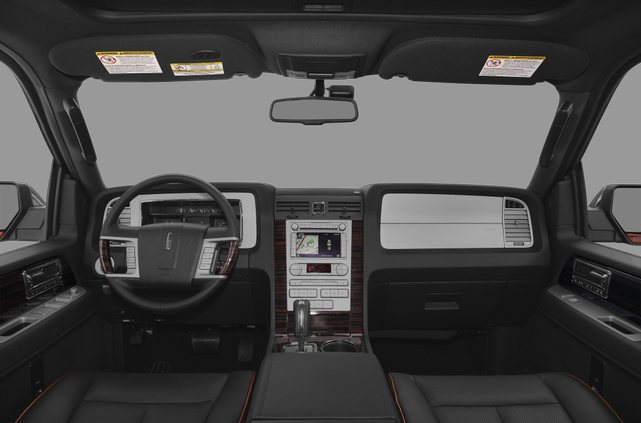 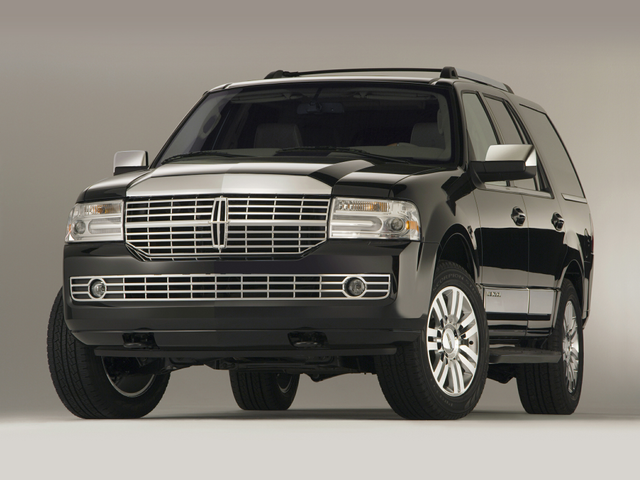 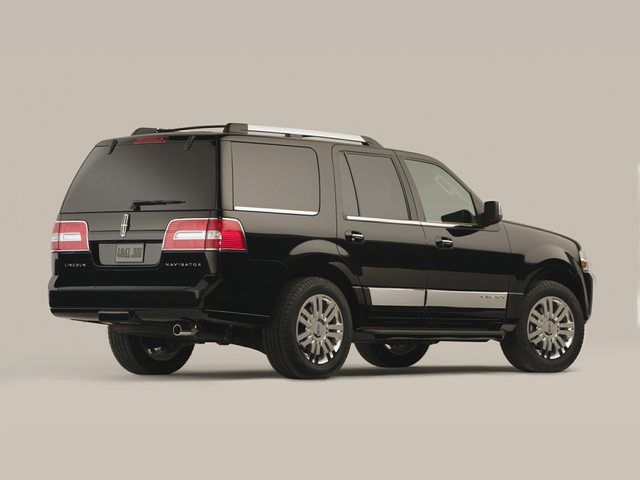 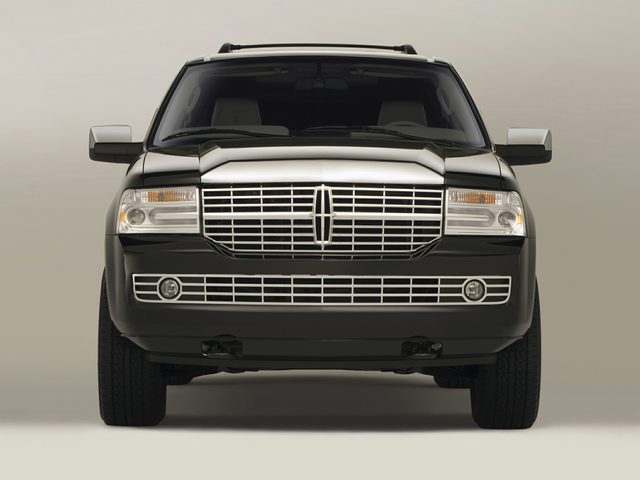 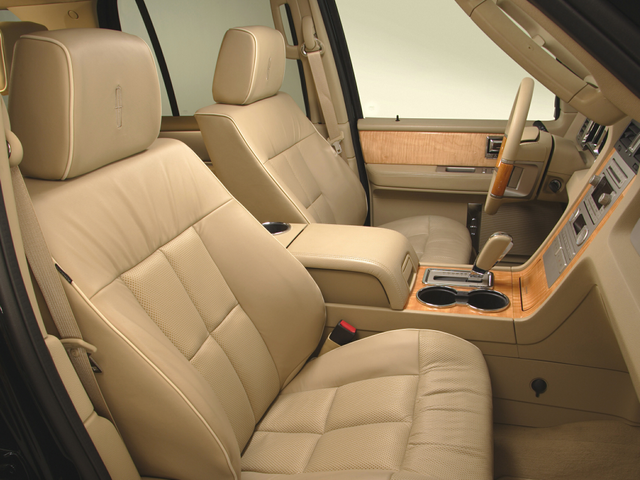