Mazda, once so close to becoming a major player in the U.S. market, is in a serious funk.

Sales are in a tailspin – down 16 percent this year. And recently the Japanese automaker cut the slow-selling 323, 929, MX-3 and RX-7 from its lineup.

Ford, which just bought a controlling interest in Mazda, has dispatched a cadre of executives to Japan to try and sort out the mess.

Because Mazda builds so few cars in North America, it has been unable to shield itself against the plunging value of the dollar. Only Mazda’s MX-6 and 626 are built in the United States. All other Mazdas come from Japan, or in the case of the B-series pickups, are built by Ford and re-badged as Mazdas.

Despite the company’s having more problems than an algebra book, the quality of Mazda’s vehicles has not been affected by the corporate turmoil.

I’ve recently tested two Mazdas, an MPV minivan and this week’s 626 LX V-6. Both were excellent but somewhat pricey vehicles.

If you don’t mind paying a small premium for a sporty well-equipped compact sedan, I suggest testing the 626 LX. It’s a very credible alternative to the Honda Accord V-6, Toyota Camry and Nissan Maxima.

The V-6 makes 160 horsepower and provides snappy acceleration at low speeds and good power to pass slow traffic. It is a supremely smooth and quiet engine. Unfortunately, the automatic transmission connected to it doesn’t offer the same refinement.

The four-speed automatic in our test car shifted roughly at times, such as when I slowed from 30 mph to 15 mph and then accelerated again. At other times the transmission hunted for the proper gear; sometimes it didn’t know whether to shift up or down. I would like the 626 better with the five-speed manual. Not only would it be more fun to drive with a stick shift, but the five-speed would chop $800 from the price.

I logged about 350 miles in the week I had the car. In the city, the 626 delivered 22 mpg gallon; on the highway fuel mileage averaged 27 mpg. The 15-gallon fuel tank ensured long distances between fill-ups.

The 626, which is outfitted with four-wheel independent suspension, is a comfortable and enjoyable car to drive. Expect a somewhat firm and sporty ride. Though the 626 is no BMW, it can handle quick turns and fast cornering with a lot of poise. The power-assisted rack-and-pinion steering system is nicely weighted and has a very crisp feel. And the four-wheel anti-lock disc brakes do a nice job of stopping the car quickly.

However, if you drive over many moderate bumps in quick succession, you’ll hear the suspension system make a slight thumping noise as the struts move up and down. Also, road noise tends to find its way into the cabin during driving on coarsely paved roads.

Our test car struck me as a classy, upscale sedan. For 1996, Mazda has redesigned the 626’s front to resemble its stylish Millenia luxury car.

The LX V-6 comes nicely equipped. The test car had an alarm system, a power sunroof, remote control door locks, power mirrors that are heated, power windows, cruise control and a power driver’s seat. A CD player is about the only accessory it did not have.

Regardless of where you sit in the 626, you’ll probably be very comfortable. There’s plenty of room in the front and rear, and the seats offer generous padding and support. The rear seats slip and fold forward so that large items can be stored in the car with the trunk closed.

Speaking of the trunk, the 626 must have one of the largest trunks of any car in its class. And it’s easy to load and unload items, because the trunk lid extends to the bumper.

The dash is cleanly designed and sensibly arranged, with the all buttons and switches easy to reach and use.

Our test car had one minor but annoying problem: A loud creaking came from the area near where the driver’s seat belt connected to the side of the car.

The 626 costs more than domestic competitors such as the Ford Contour, Mercury Mystique, Dodge Cirrus, Chrysler Stratus and Plymouth Breeze. However, if it is priced competitively against other foreign cars, such as the Honda Accord V-6.

Mazdas are in a class of there of own

October 1, 2018
By Amberzanella09 from Butler pa
Owns this car

Very Reliable Car for Its Age

This is the only car that I have owned for a long period of time, and for an older car it has more than lived up to my expectations. The car has almost 200000 miles on it, and up until now it has been running like a champ. There is a little bit of work to be done on it, ut all in all it is a fantastic vehicle.

I got this car as a graduation present. It runs like a dream with routine maintenance. It's comfortable and the interior is roomy. The 4 cylinder engine helps to keep fuel costs low. 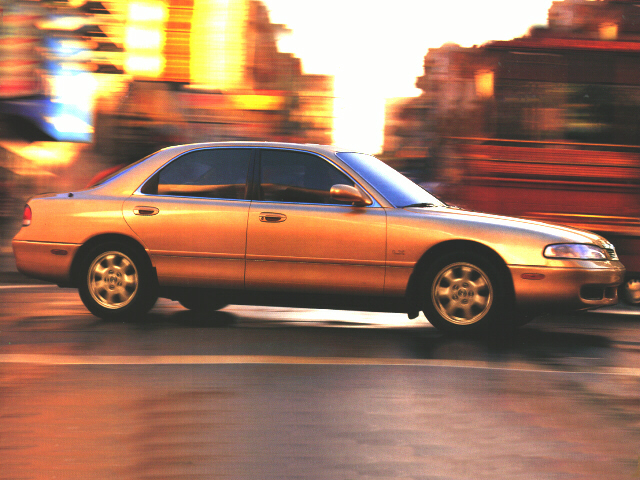 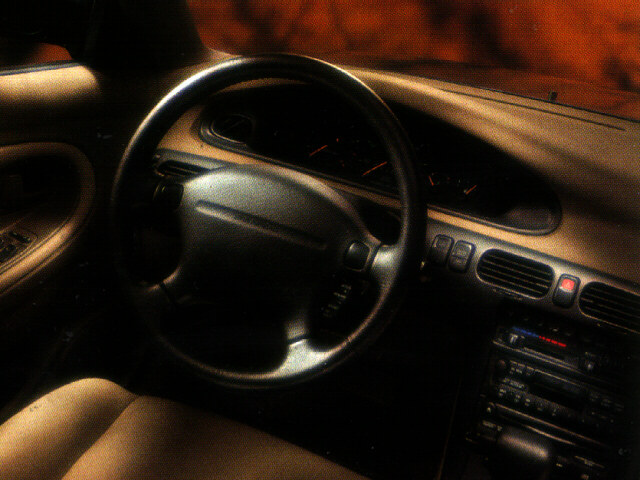