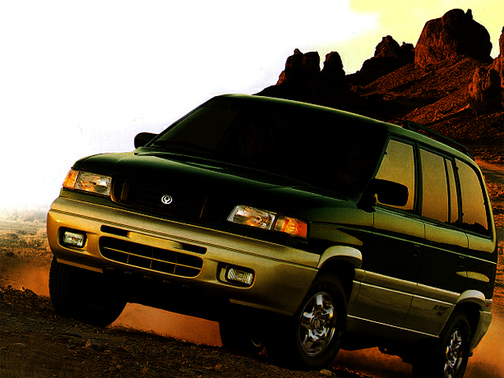 Our 1997 Mazda MPV trim comparison will help you decide.

Cashing in on the current sport-utility craze, Mazda is marketing its All-Sport MPV as a sport-utility van, available with four-wheel drive and decorated with rugged exterior features.

The front-engine, rear-drive All-Sport sits tall and looks rugged. Be sure to specify the 4WD package for all-weather traction and the ability to do some modest off-roading. That is the model I drove, and I found it to be stable and secure in pouring rain.

Aside from four-wheel-drive, the All-Sport package is mostly cosmetic, consisting of a grille guard, roof rack, fender flares, polished wheels and a rear bumper guard. Leather upholstery, dual airbags, anti-lock brakes and a whole host of convenience equipment completes the offering. It is standard on the four-wheel-drive (4WD) and the two-wheel-drive ES.

The MPV’s short overall length and maneuverability makes it appealing to active folks for camping, biking and such like, but don’t expect it to clamber around the outback like an SUV because the four-wheel-drive system doesn’t have a transfer case that would give it an extra-low gear. It does, however, have a locking differential for extra traction when the going gets really nasty.

Rear-wheel drive makes it excellent for towing. Equipped with the Load Leveling Package, the two-wheel-drive can tow 4,500 pounds (4,200 pounds for 4WD).

The MPV’s 3.0-liter V6 engine is a single-overhead-cam unit with three valves per cylinder. It has 155 horsepower, but the mid-range power is a bit soft and it requires a deliberate kick-down of the transmission when climbing steep hills or passing slower traffic.

The shift lever for the automatic transmission is mounted on the steering column, and it contains buttons for shifting out of overdrive and engaging four-wheel drive. The lack of a floor console opens up front legroom and gives space for items between the front seats.

Four-door minivans are the rage today, and the Mazda is so equipped. The rear doors open out 90 degrees which facillitates getting into the back seat.

The MPV’s 110.4-inch wheelbase and 183.5-inch overall length is shorter than the standard Dodge Caravan. Consequently, there is not much luggage space behind the third seat. The third seat folds forward to create a load space, or it can be removed completely. Access is simplified by a large tailgate hinged at the top.

Up front, the bucket seats are wide and accommodating. The cabin of our test unit was as cozy as a passenger car, and just as well equipped. Getting in and out takes a bit of a step, but no more so than most SUVs.

Ergonomically, the dashboard is showing its age. Instruments are simple and clear, but the sliding-bar heater controls and buttons for rear wiper and differential lock are all fairly far from the driver. I noted the lack of a central button for unlocking the doors.

The only options were rear air conditioning, floor mats and keyless entry system. The sticker price was $30,770.

The standard warranty is for three years or 50,000 miles.

Counterpoint: The small overall size limits the effectiveness of its cargo-carrying, and ergonomically it could use some updating.

I'm holding onto this MPV forever!

January 14, 2008
By Hpnotist to the stars from Denver, CO
Owns this car

This has been the best car. It's versatile - 2WD, AWD, 4WD, hauls a lot of stuff and is the best road trip car ever. It's been nearly trouble free. I had to have a couple of the electric door locks replaced - they are very proud of those. I'll look for used next time. Other than that, it gets synthetic oil changes every 3 months Great car! Sorry Mazda changed the body style to make it a mini-van. Kind of a slap in the face.

December 27, 2007
By cars Enthusiast from Raleigh nc.
Owns this car

I bouth this car used but,I think it was a good deal,I owned of this car for two years and I did not any mechanical problem in those time

October 12, 2007
By Value lover from Greenvillle, SC
Owns this car

I owned an MPV for three years and had absolutley no problems with it. Changed the oil every 3,000 miles and did regular maintenance. Very reliable vehicle! 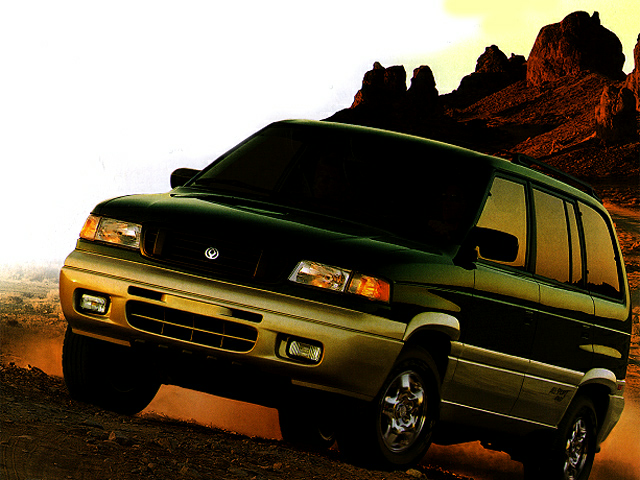 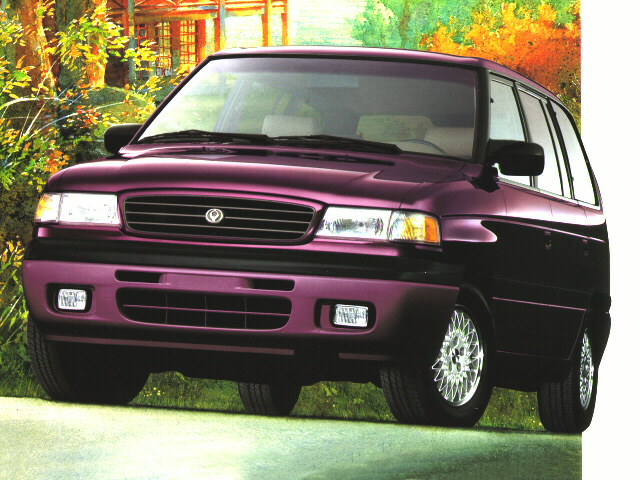 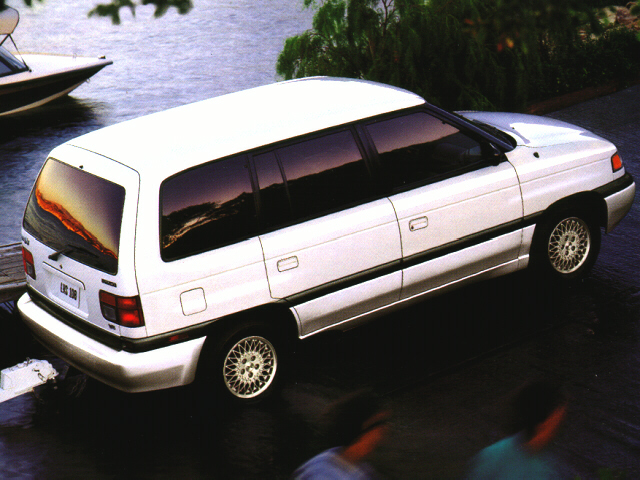 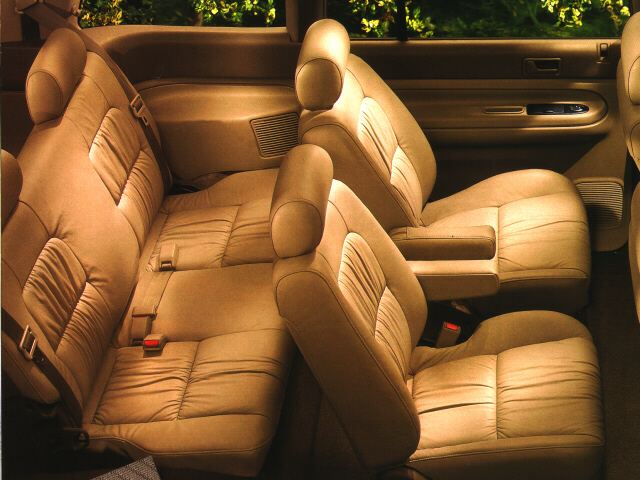