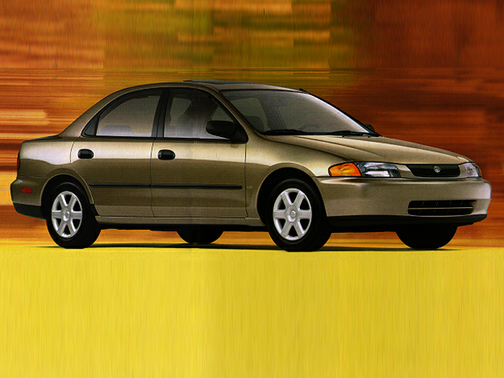 Our 1997 Mazda Protege trim comparison will help you decide.

It has been said that “Good things come in small packages.” Whoever coined that phrase could well have been thinking of the 1997 Mazda Protege.

As an award-winning compact sport sedan with previous models, the ’97 Protege advances with new styling and a revised interior designed to be even more user friendly than in the past.

Generally, the bane of compacts has been a lack of interior room, but interior spaciousness has long been the hallmark of the Protege line.

The term used to describe the interior of the Protege is “OptiSpace,” a word coined by Mazda designers who created a vehicle with driving and riding comfort in mind.

With 95.5 cubic feet of interior room, Mazda says that its sedan is he roomiest vehicle in its class. The Protege also offers one of the largest trunks in its class, an impressive 13.1 cubic feet.

With the exception of trim differences, styling for the entry level DX, midstream LX, and upscale ES models is basically the same. The primary new styling is at the front, with revised front bumpers, fenders, grille and headlights being featured.

“It looks a lot more like a (Mazda) 626 than it previously did,” said Ron Vanags, general manager of Speedway Mazda. “It offers just about everything people want in a compact car.”

On balance, it’s a smooth-looking little sedan that came out well without sacrificing interior room. The Protege’s stylists have done a lot with 174.8 inches of overall length.

Designers doted on driver convenience for the interior, with better located controls. Cockpit layout is basic for a five-passenger sedan, with a console dividing the two front seats.

A new instrument panel includes an 8,000-rpm tachometer that is standard on the LX and ES models. It’s not available in the DX, which probably is just as well because anyone contemplating turning these Protege engines 8,000 is as brave as they come.

Mazda is another one of those manufacturers who offers two different types of motors to fit particular models. Offered is a Type Z5D motor that is a 1.5-liter (90.8- cubic inch) double-overhead cam 16 valve four-cylinder powerplant. The second engine is a BPD 1.8-liter DOHC 16-valve 4.

Both these four-bangers are high tech in that they feature four valves per cylinders and multipoint electronic fuel injection. An interesting facet is that they both have mechanical lifters for the valves, a system that is more accommodating to tachometer redline limits.

Hydraulic lifters can pump up at extreme engine speeds and let the valves float. They are, however, self-adjusting; mechanicals are n ot.

The Z5D engine is shared by the DX and LX sedans, while the larger BPD motor is the exclusive province of the ES model.

Both these engines are technical illustrations of the power advantage gained by flowing more air and fuel through four valves per cylinder rather than two valves. The 90.8-cubic-inch Z5D motor is rated at 92-horsepower, just a tick above the performance benchmark of 1-horsepower per cubic inch.

The BPD 1.8 is more impressive, as 122-horsepower is extracted from 112.2 cubic inches of displacement. Also this motor appears to be able to stand a little higher engine speed, as it is redlined at 7,000 rpm versus 6,500 for the 1.5- liter.

The standard powertrain is a five-speed manual transmission. A four-speed automatic is optional at $800 across the line.

Customer choice of transmissions is split about 50/50, according to Vanags.

“The five-speeds seem to be p referred by a bit more sportier type of driver,” he said.

The ’97 Protege’s suspension remains it s proven MacPherson strut layout with a stabilizer bar in front and Mazda’s Twin Trapezoidal Link design in the rear. The ES model adds a rear stabilizer bar for flatter cornering.

The best deal I’ve ever made

October 21, 2020
By NotTheProphetMuhammed from VA
Owns this car

I bought this car used, with over 200,000 miles, filled with cobwebs and leaves, for $200. Hasn’t made a noise since and barely requires basic maintenance. I have not had to replace a single thing in my 11 years of ownership . With the price, reliability, and gas mileage: this car has saved me a fortune.

Worth Every Penny and Mile!

I've had this car for 17 years, with nearly 200,000 miles on it. Only had to replace the clutch once. Once! And passes inspection in all areas every year. Reliable for the time it was built in the 90's, and reliable for today's standards. This car sets the bar for what all cars should do.

This car is Great

I bought this car use in 2005 from a girl that used to live in Germany. It rolled over the millage twice and its still a good and reliable car. I can drive 160 miles on a filled up tank. 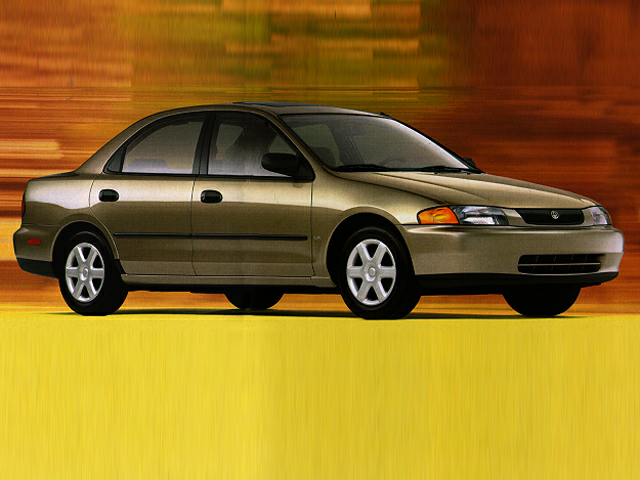 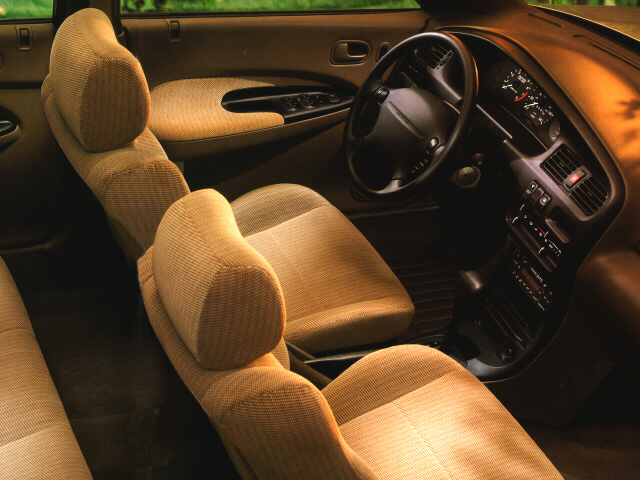