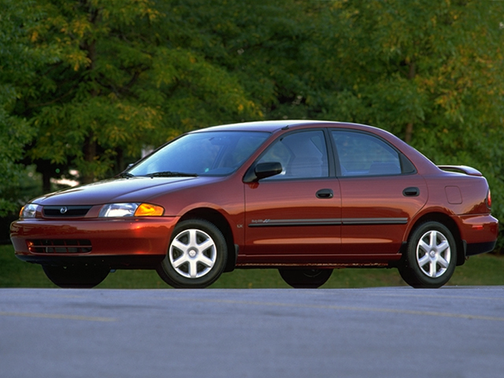 Our 1999 Mazda Protege trim comparison will help you decide.

I love cars like the new Mazda Protege ES. You look at it and see what appears to be just another small, mild-mannered imported sedan aimed at budget-minded families.

But Protege ES is more than that.

Our test car was a little road rocket, packing much more muscle and a sportier suspension system than you might expect.

Mazda may have pruned many of the sporty, unprofitable cars from its lineup in recent years — the RX-7, the MX-3 and MX-6 — but the spirit of those cars is alive and well in the Protege.

Mazda offers the Protege in three models. The DX and LX versions come with a 105-horsepower, 1.6-liter, double overhead cam four-cylinder. The ES model — our test car — comes with a 1.8-liter four-cylinder that sports 122 horsepower. Maybe the secret is in the gearing, but I don’t remember driving a car with fewer than 125 ponies under the hood that has as much spunk as the Protege ES.

The engine has a hearty, BMW-like feel. It pulls strongly at all speeds, and if you rev it high enough and shift the five-speed transmission just right, you can leave a respectable patch of rubber on the pavement. Not bad for an economy car.

Although the Protege is available with a four-speed automatic transmission, the stick shift makes this car fun to drive. The clutch is light and easy, and the shifter notches snugly into each gear.

Protege comes with a four-wheel independent suspension system. The ride is firm and sporty, not soft and cushy like a Honda Civic or Toyota Corolla. The Protege loves to be driven hard around corners. The power-assisted, rack-and-pinion steering system has a nice, weighty feel, but it responds quickly. I like the thick rim of the steering wheel. It feels good in your hands.

The standard power-assisted front disc/rear drum brakes are another of the Protege’s strong points. The pedal has a solid feel, and the brakes grab quickly and stop the car efficiently under duress. Refined, balanced and superbly engineered, the Protege ES is a cut above most small economy cars.

On t he surface, it looks as if the Protege’s cosmetic touches are just as impressive as its mechanical ones.

But the dash is made of hard plastic. It’s not softly padded, like you’d find in a Honda Civic. Protege’s dash, which has inserts around the radio with a golfball-like texture, looks nice but feels cheap to the touch. Too bad. Because a classier dash and more padding in the seats would be enough to make the Protege ES a strong contender for best-in-class honors.

Not that the inside of the Protege is shabby. I like the general shape and style of the dash and interior. It conveys a sporty appearance, and it’s user-friendly. But nicer materials would have elevated the inside to the next level.

Be that as it may, I can tell you that you’ll feel at ease right away inside the Protege. For a compact car, it offers excellent room front and rear headroom, so even 6-footers will be able to sit comfortably.

Our test car came with just one option, an $80 set of floor mats. Everything else is standard on the ES model, which makes the car a solid bargain. The list includes: air conditioning, power windows, mirrors, remote control door locks, cruise control, tilt steering wheel and an AM/FM/CD player. That’s a lot of stuff for a car that is way under $16,000.

The Protege’s rear seats fold forward and fold flat, so the car can carry extra long objects, such as skis, with the trunk lid closed.

The bright red test car had two minor flaws. The engine sometimes didn’t start right away, possibly because of a fault in the fuel injection system, and the upper half of the driver’s seat was uncomfortable. But the car was assembled well and everything else worked perfectly during the 275-mile test drive.

The Protege ES exceeded my expectations. It’s a great little car that will never leave you wondering if you could’ve bought smarter. Protege gives you your money’s worth, maybe more.

Great car for a low budget!!! Could not ask for anything better!!! If you are looking for a great car a 1999 Mazda Protege may be for you!

Best inexpensive car I have ever owned

This is an awesome vehicle. I bought it 2 years ago and have loved every minute of owning it. Can not imagine life with anything else!

It works for me

I love this car for getting around in... Not looking forward to any long road trips tho. Good first car for high school or Freshman college age. 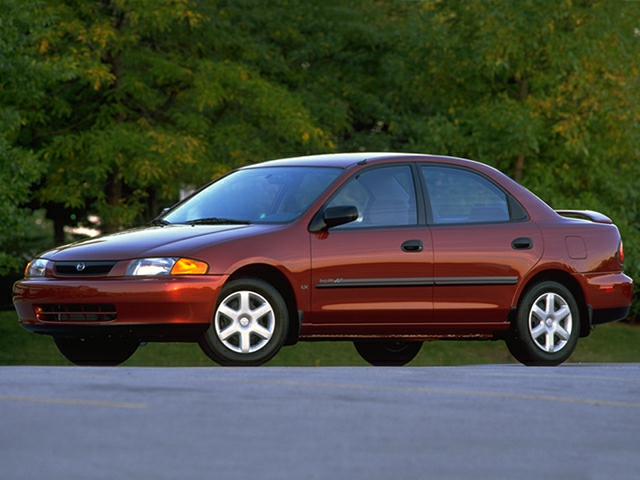 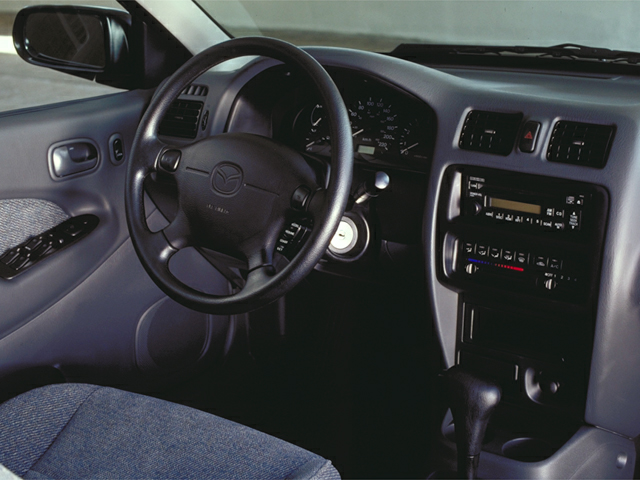