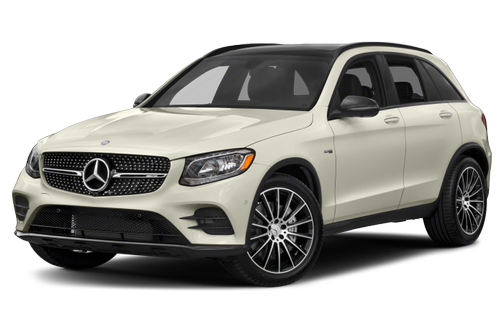 Our 2017 Mercedes-Benz AMG GLC 43 trim comparison will help you decide.

The verdict: The 2017 Mercedes-AMG GLC43 compact luxury SUV is considerably more engaging to drive than the regular GLC300, but some drivers think the cabin feels a little small.

Versus the competiton: The GLC43's luxurious cabin is nicer than the Jaguar F-Pace's, and its driving experience rivals that of the BMW X4 M40i (the performance-oriented variant of the X4), but new challengers like the redesigned 2018 Audi SQ5 are on the way. See their specs compared here.

Mercedes-Benz has been on a multiyear quest to rename some (but not all) of its models, and the compact SUV once known as the GLK-Class became the GLC-Class with a redesign for the 2016 model year. Mercedes also changed how it names models from its AMG performance division, giving them the Mercedes-AMG label, followed by a series of letters and numbers — in this case, GLC43. In addition to the traditional SUV body style, Mercedes also sells a four-door, coupelike version of the GLC43 that competes with the X4.

Many performance SUV enthusiasts will be pleasantly surprised by the GLC43. Where the GLC300 emphasizes luxury, smoothness and isolation from the road, the GLC43 offers more directness and connectedness, and its suspension tuning plays a big part in that.

The Mercedes AMG GLC43 has an adaptive air suspension with settings controlled by a Dynamic Select system. Comfort mode, however, is a bit of a misnomer; bumps and other road imperfections are acutely felt in this setting. Sport is slightly firmer, but Sport Plus firms up the suspension considerably: The ride turns hard and there’s very little damping. On the plus side, the GLC43 corners flatly and body motions are well-controlled.

The suspension is just one of the GLC43’s adjustable systems. The Dynamic Select modes also tailor steering, gas pedal responsiveness and transmission operation. Selecting Sport Plus dramatically alters the transmission’s shift program, letting the engine rev higher before upshifting when accelerating, staying in lower gears even at higher speeds and downshifting more aggressively. If you’d prefer to change gears yourself, there are shift paddles on the steering wheel.

The Mercedes AMG GLC 43’s twin-turbo 3.0-liter V-6 engine is rated at 362 horsepower and 384 pounds-feet of torque. It teams with a nine-speed automatic transmission that sends power to all four wheels through a rear-biased all-wheel-drive system. Its AMG-tuned nine-speed automatic felt better sorted than the nine-speed I drove in an early GLC300. You can hear and feel the AMG’s frequent upshifts when starting out from a stop, but it’s not obtrusive, and if you’re not paying attention to it, the gear changes blend into the background. I liked the transmission’s responsiveness on the highway; press the gas pedal a bit when cruising, and it will immediately downshift to give you more power.

While power from the turbocharged V-6 won’t blow you away like the engines in some high-powered SUVs, it’s more than adequate. Whether turning onto a road ahead of traffic or merging with fast-moving highway flow, the V-6 gets the GLC43 up to speed swiftly. Mercedes says it can go from zero-to-60 mph in 4.8 seconds, compared with 6.3 seconds in the GLC300 (6.4 seconds with all-wheel drive).

Mercedes has dramatically improved its vehicles’ steering in recent years. You can see this in the GLC43, which has weighty steering that’s direct and precise. It’s a big part of why this SUV is enjoyable to drive.

The GLC43’s cabin complements its performance aspirations. The front bucket seats are finished in simulated leather with faux suede inserts, and the large side bolsters do a good job holding you in place through quick corners without feeling overly confining on the commute home from work.

That’s not to say Mercedes has abandoned the luxury part of the equation. The cabin is trimmed in high-grade materials like standard aluminum and optional carbon fiber, and the dashboard controls and knob-based Comand multimedia system are mostly intuitive. There are also features you might not expect, like an in-cabin fragrance system that perfumes the air coming out of the vents.

I was a bit surprised by how snug the cabin feels. I like to have the seat raised when I drive, and there wasn’t much headroom in the GLC43. (Our test car had an optional panoramic moonroof, a feature that tends to decrease headroom.)

Also, once I had the seat and steering wheel where I wanted them, I couldn’t see the top of the trip computer in the instrument cluster. That happens to be where Mercedes puts information related to Dynamic Select mode and parking sensors, and having to duck my head to see around the steering wheel was an annoyance I don’t experience in most cars.

The rear seats, surprisingly, feel a bit roomier than the front because the lower bench gives you more headroom. The seat doesn’t slide and the backrest doesn’t recline, but comfort is nonetheless good for adults.

The GLC43’s overall cargo space and configurability are exceptional. The SUV has 19.4 cubic feet of cargo space behind the rear seats, and folding the backseat gives you 56.5 cubic feet of maximum cargo room. The split backseat is spring-loaded for easier folding; switches in the rear seating and cargo areas release the backrests, which fold flat with the cargo floor. There’s a shallow storage area for small items under the cargo floor, and the rear of the SUV lowers at the touch of a button to make loading and unloading cargo easier.

The Insurance Institute for Highway Safety gave the GLC-Class a good rating (out of a possible good, acceptable, marginal or poor) in its moderate overlap front and side-impact crash tests. As of publication, the SUV hadn’t been put through IIHS’ difficult small overlap front crash test.

The GLC43 probably doesn’t make much sense to performance car purists; SUVs just have too many characteristics — from higher centers of gravity to increased bulk — that are at odds with on-road performance. But that hasn’t kept automakers from making these kinds of vehicles, and it’s easy to see why: Trucks and SUVs are becoming more popular each year as interest in cars — but not performance — wanes.

The GLC43 enters this new reality well-positioned to compete on both the performance and luxury fronts, but it’ll cost you plenty. The move up from an all-wheel-drive GLC300 to a GLC43 costs nearly $14,000, for a starting price of around $56,000. Optional features and packages on our test car pushed our as-tested price to a heady $69,520.

But the existence of the GLC43 and the increasing number of models like it begs the question: Is this the sports car of the future? That’s starting to look like a real possibility.

This is a fun car to drive. Has a nice throaty growl to the exhaust. Tons of power and great handling. Drives like a sports car but has the size of a mini SUV.

Rating breakdown (out of 5):
3 people out of 3 found this review helpful. Did you?
Show full review
2.6

this a fun casr to drive but has not been reliable

terrible in maintenance needed only 16,000 miles and have had to replace tires twice and now brake pads and brakes need replacing in cold weather the car makes a terrible sound when turning

September 9, 2019
By qdiddy from Atlanta Ga
Owns this car

Nice car. Did not get a chance to put a lot of miles on it, but the driving experience was enjoyable. Very smooth when in comfort mode but nice and agile in sport mode.

All model years for the Mercedes-Benz AMG GLC 43 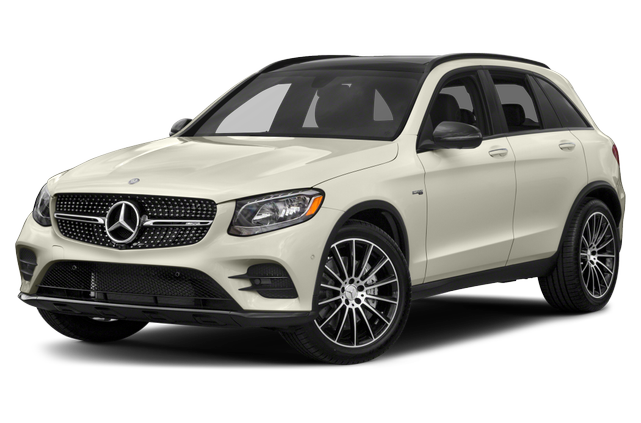 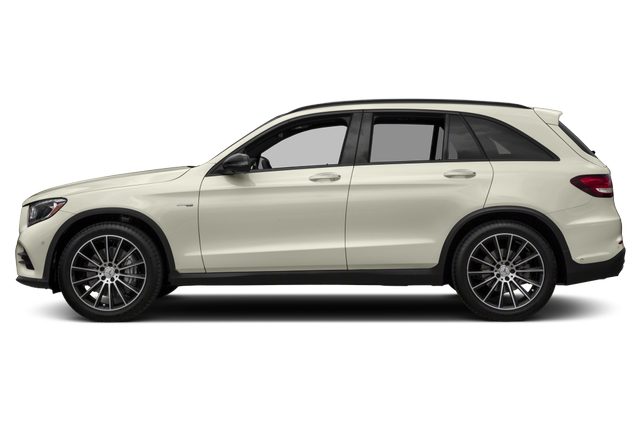 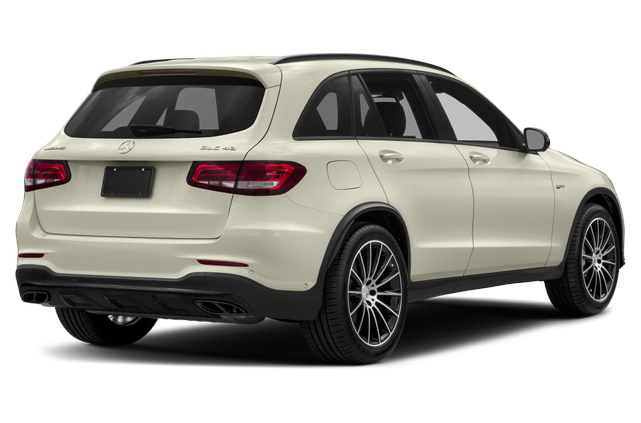 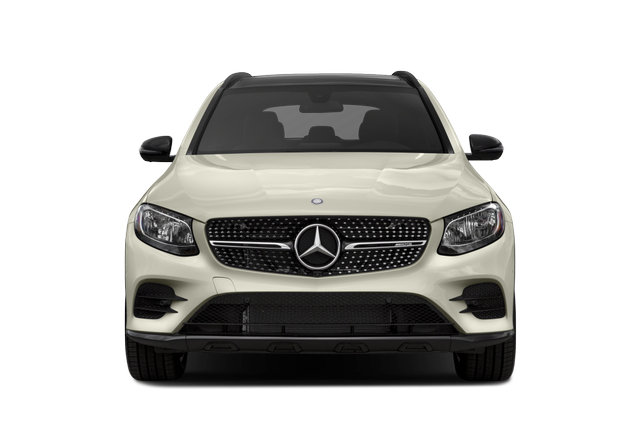 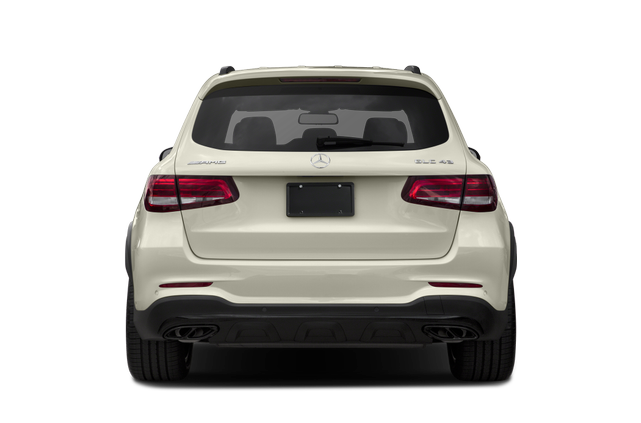 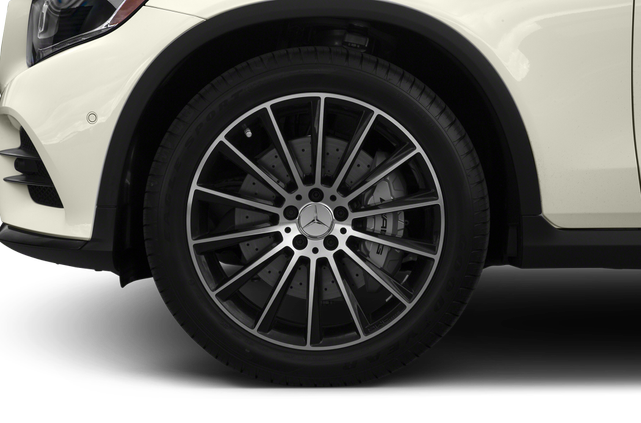 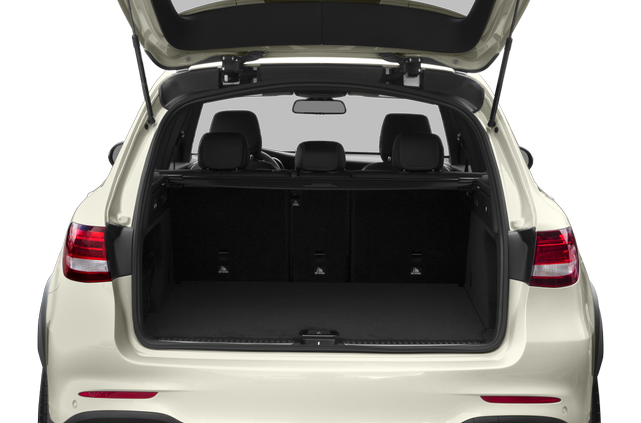 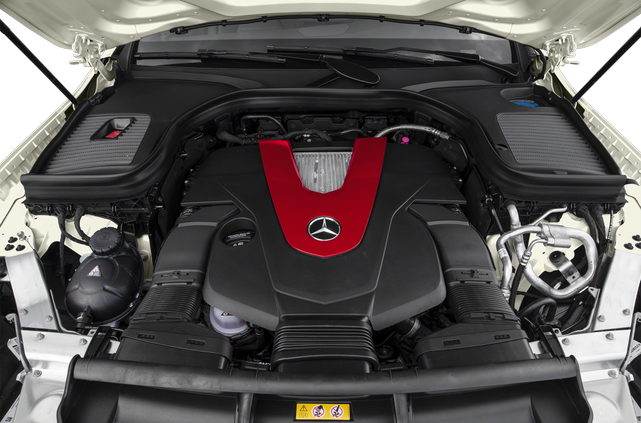 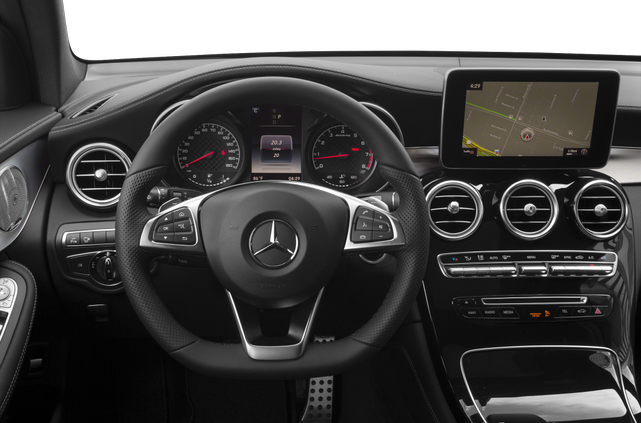 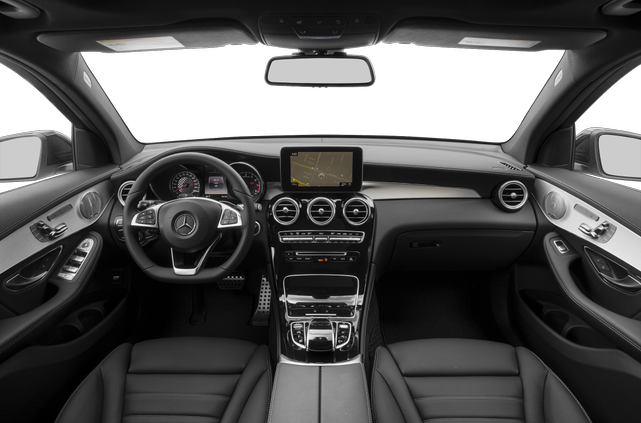 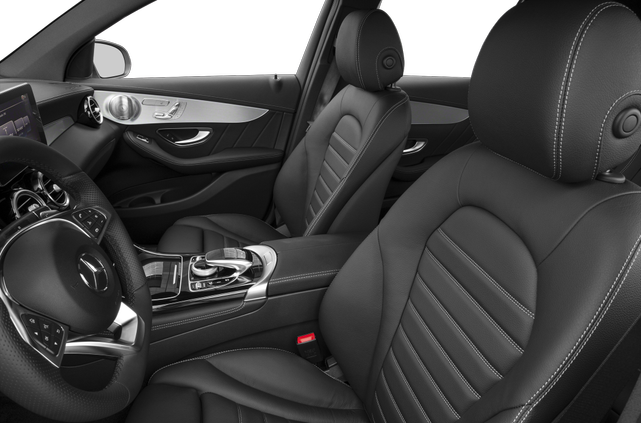 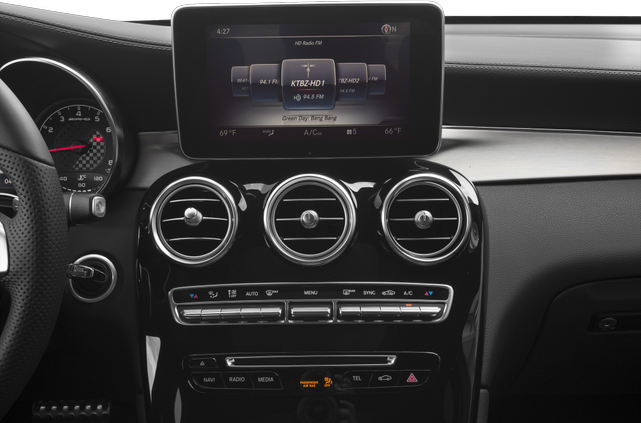 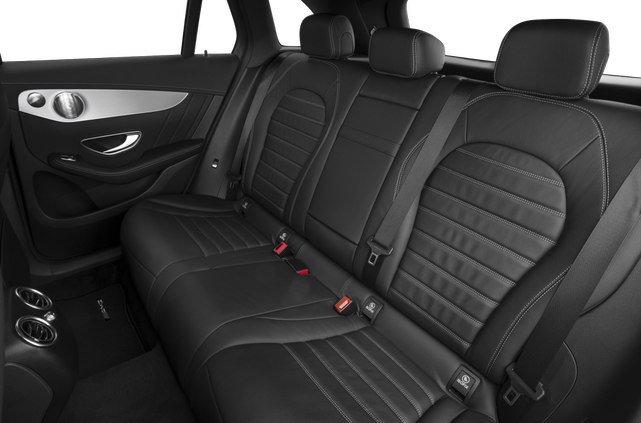 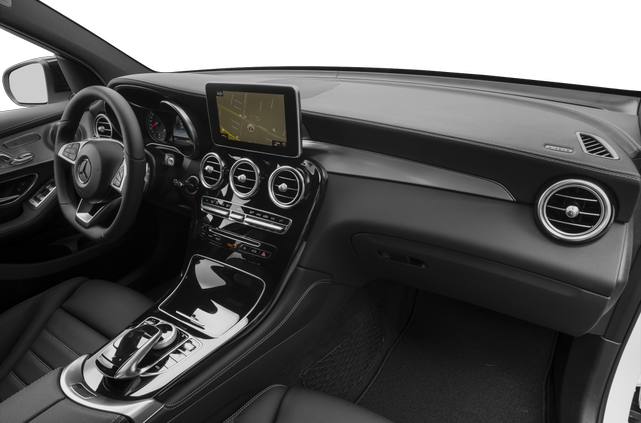 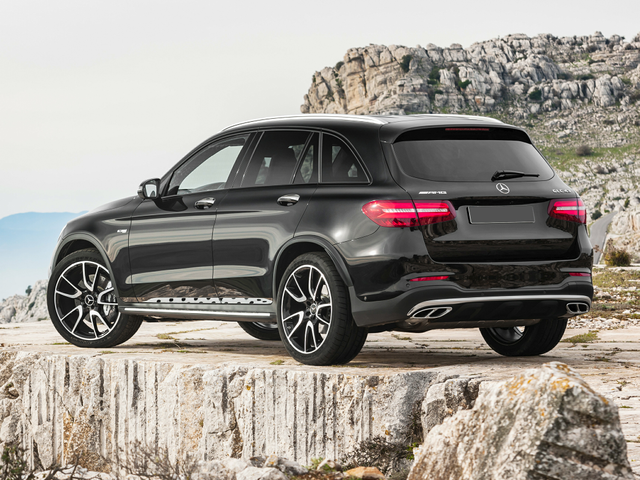 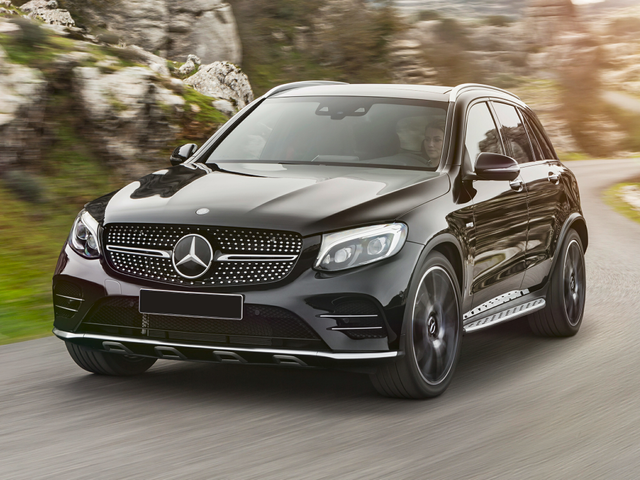 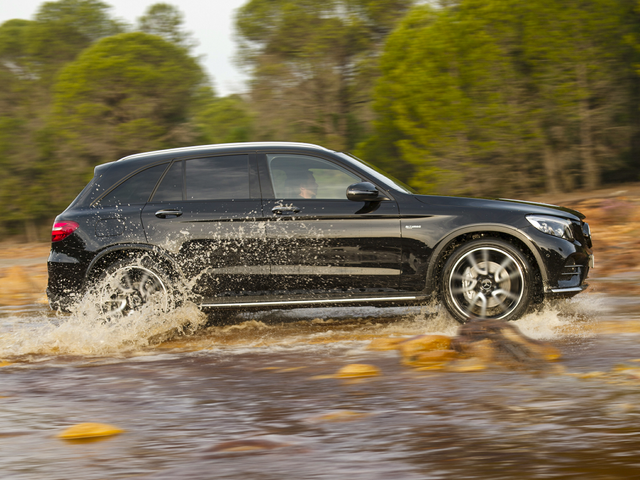 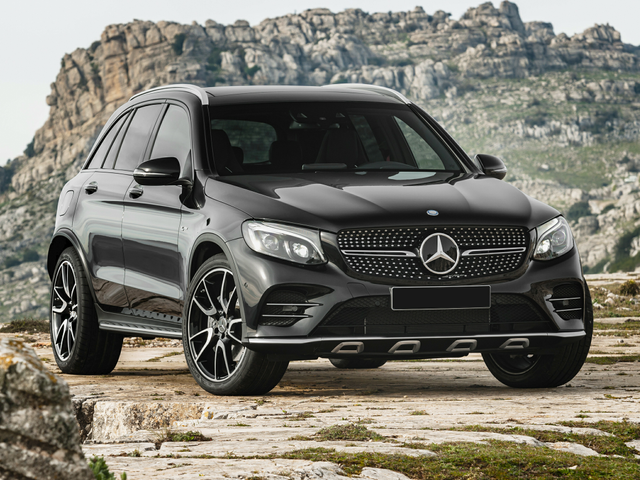 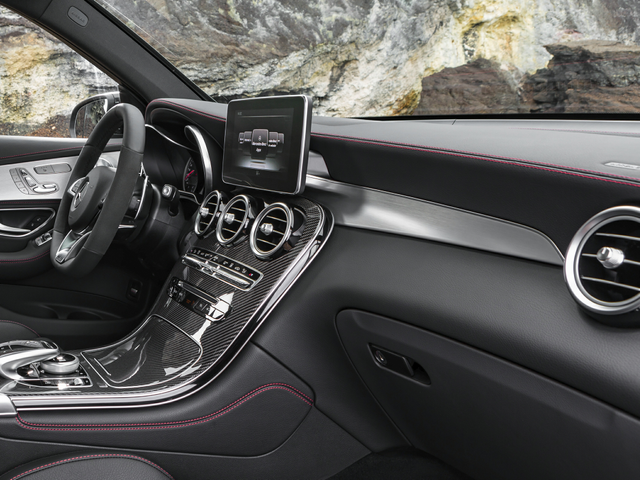 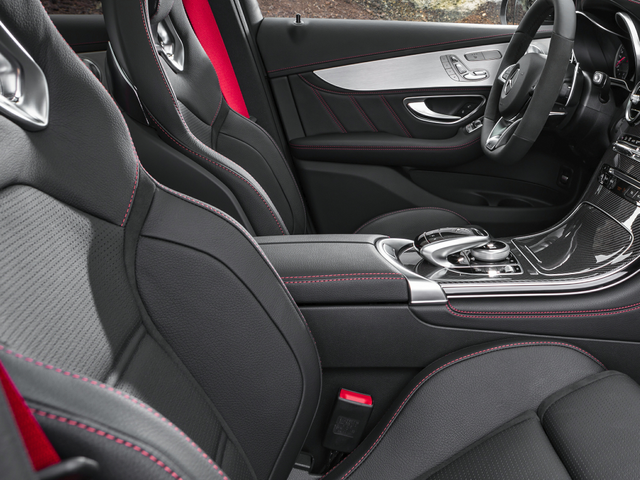