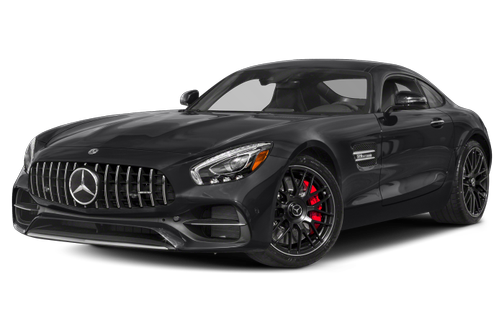 Our 2018 Mercedes-Benz AMG GT trim comparison will help you decide.

The verdict: All the bonkers performance of a Porsche 911, wrapped in sheet metal that’s twice as sexy and delivered to a glorious grin-inducing soundtrack.

Versus the competiton: The AMG GT slots in between the pure sporting intent of a Porsche 911 and the luxurious, grand touring comfort and style of a Maserati GranTurismo. It can keep up with the Porsche on the street and track, but it makes a totally different statement when pulling up to a country club valet.

Two-seat sports cars are vanishing from automakers’ lineups with increasing frequency as buyers gravitate toward chunky SUVs, but there remains a niche buyer who values the style, performance and exclusivity of an expensive grand touring car. The 2018 Mercedes-AMG GT is one of those cars, with its polarizing styling, tight cabin, severely limited cargo space and compromised outward visibility. But anyone in the market for a car like this ranks those issues at the bottom of their priority list. What the AMG GT has in spades is style, performance, presence — and the ability to put an earsplitting grin on the most stoic of faces on the dreariest rainy day.

Anyone who remembers this car’s predecessor — the much more expensive, gull-wing-doored Mercedes-Benz SLS AMG — may remember that car’s massive, hand-built 6.2-liter AMG V-8. At full chat, it sounded like a box of grenades going off in succession, a soul-twisting roar that startled birds out of trees and shook drivers to their core. When Mercedes chose a new twin-turbocharged 4.0-liter V-8 as the top engine in most of its AMG models, folks were skeptical it would deliver the same kind of visceral punch of the bigger, naturally aspirated motor.

The worry simply was not warranted. The power delivery of the turbocharged engine comes on like a tidal wave: smooth, forceful and relentless. In the base AMG GT, it cranks out 469 horsepower, but in the AMG GT C I drove, it’s bumped up to 550 hp (35 more than the GT S, 27 less than the GT R). Torque is rated at a stump-pulling 502 pounds-feet, and Mercedes says it goes from zero-to-60 in 3.7 seconds — and I believe it.

That quest is accompanied by an engine note that can sound like a muted burble or a ferocious roar depending on what drive mode you’ve selected and whether or not you’ve pushed what I call the exhaust-loudener button (AMG Performance Exhaust is standard on the AMG GT C). The AMG Dynamic Select controller dial lets you select between Comfort, Sport, Sport Plus, Individual and Race modes. Select one of the racier sport modes and everything adjusts to more aggressive levels; the exhaust bangs and pops on accelerator liftoff, decelerating into corners like a racecar while making you grin and bystanders cringe. The engine is mated only to a seven-speed automatic dual-clutch transmission; it bangs off shifts with lightning crispness when you ask it to, but it’s just as happy to cruise around town with minimal drama when you’re looking to chill.

The handling characteristics of the AMG GT C are brilliant, as well. The steering feel has definite heft, with a weight that implies a lot of direct connection to the tires, and your reward is fantastic accuracy in controlling the car’s direction. Feedback is excellent, and the ratio is quick enough that you won’t be sawing at the wheel on tight bends as you might in other vehicles. Despite the massive 19-inch front and 20-inch rear wheels wrapped in high-performance tires, ride quality is astonishingly compliant thanks to a standard electronically adjustable Adaptive Damping Suspension.

Opting for the C trim gets you a wider rear track, unique fenders, a limited-slip differential and rear-wheel steering, as well. It also bumps the performance potential of the AMG GT up beyond the mildly more powerful S, but it doesn’t quite enter the raucous world of the insane AMG GT R, with its track-minded suspension and traction control adjustability. The C gets a brake upgrade, too, with larger front brake rotors (though not the carbon-ceramic kind).

We can talk about fuel economy, but honestly, with a car like this, who cares? The AMG GT C is rated 15/20/17 mpg city/highway/combined, but I honestly didn’t pay attention to what kind of mileage I was getting as I drove it over 500 miles from Detroit to Chicago and back; it’s of minimal consideration in a car that does what this one does and looks how this one looks. If you’re choosing the Porsche 911 GTS over this car because it’s rated 5 mpg better combined, your priorities may need some contemplation.

The cockpit of the AMG GT C is luscious, filled with premium materials and exceptional artistry. What it’s not blessed with, sadly, is much in the way of user-friendliness: Space in this two-seater is at a premium, so you’re not going to find all kinds of bins and cupholders to stash your stuff — and let’s not talk about the severely limited trunk space that limits you to one moderately sized roll-aboard suitcase. But even items like the gear selector, which resides near the driver’s elbow, make me scratch my head. There’s also nowhere to stash a cellphon, aside from the cupholders or under the small center console doors. But that’s OK — you’re not going to want to use your phone much in this car anyway. You’ll want to focus on your driving.

The gauges and multimedia system in the AMG GT are due for an update, and they’ll get one in 2019, when all GTs are due for a new fully digital gauge cluster and updated Comand multimedia system. The new Mercedes-Benz MBUX system hasn’t made it to the AMG GT just yet, but the coming improvements should help — though Apple CarPlay and Android Auto are not available on the 2018 model, and it doesn’t look like they’re coming for 2019, either. The interior of the 2018 is still a lovely place, however, featuring an optional Burmester sound system with a subwoofer that uses the car’s internal structure to boost the bass. The result is amazing sound for a convertible, top up or down.

Speaking of that top, it’s a fabric power top with a steel, aluminum and magnesium structure aimed at helping lower the AMG GT’s center of gravity. It goes up or down in just 11 seconds and can be operated at speeds up to 31 mph. When it’s up, it does an amazing job of sealing the roadster against the elements and noise of the outside world. When it’s down, wind buffeting is admirably absent, but you can make it even better by installing a removable polycarbonate wind screen (though I found the screen tended to obstruct the already limited rear view).

The sport seats in the GT C come standard with Mercedes-Benz’s Airscarf system, which blows heated air out of neck-level seatback vents. On a chilly day, if you put the windows up, install the wind blocker, and turn on the heated seats and Airscarf, you’ll probably be too hot; despite having what appears to be three selectable levels, Airscarf seems to operate at just one temperature setting: volcanic. You’ll just have to drive faster in order to circulate the air more rapidly — such a problem to have.

This being a Mercedes-Benz, safety is naturally a priority in the AMG GT. It has a number of advanced safety systems offered but not standard. It does have some basic systems, such as lane departure warning, blind spot warning and forward collision alert, but autonomous emergency braking and distance-keeping cruise control are extra-cost options.

The AMG GT has not been crash-tested by the Insurance Institute for Highway Safety or the National Highway Traffic Safety Administration, which is not uncommon for a low-volume luxury sports car.

Showing up at the country club in the best alternative yet to the Porsche 911 isn’t going to come cheap, nor should it. The AMG GT C starts at $158,995 including destination and a gas-guzzler tax. The C trim ranks third in the lineup, slotting above the base GT and GT S but below the track-minded GT R.

While the R is great for the track, the C really is your best bet if you want maximum performance without compromising the GT’s lovely lines; the R gets wings and strakes that make it look a little too “fast ‘n’ furious” for some. Adding options like Distronic Plus adaptive cruise control, carbon-fiber trim pieces and the premium Burmester audio system brought the price of my test car up to $176,395.

If you’d prefer something more shapely but still geared toward touring, the Maserati GranTurismo cabrio is a viable option. The 454-hp, Ferrari-V-8-powered convertible starts at $150,650, or you can bump up to the sportier MC trim for $161,220. A slightly less expensive — but no less able or appealing — entry would be the 575-hp Jaguar F-Type SVR convertible, at $125,000. Its snarling V-8 engine, drop-dead gorgeous looks and blistering speed make it a lovely British alternative to the Germans’ precision-oriented options. To see how they all stack up against each other, click here.

This is level up from 911 Turbo and Nissan GTR

I have had weekend cars for some years now. Started with BMW M3 (E46 competition package), moved to Porsche 911 turbo (997.1 with 6-sp), then 2015 Nissan GTR (I truly enjoyed that car) and I am on the 2018 MB AMG GTR now. I drive them only during late Spring, Summer and store them from October to April. I keep them for 2-4 summers, then move on. MB AMG GTR is the next level. It is starting to encroach into exotic car territory. Lots of attention. It is a race focused machine and by far the most uncomfortable sport car I have owned so far. But that is a good thing. Engine is at the moment one of the best in the business. Sounds awesome. It is a tricky car to drive fast so one has to be a bit more careful when compared to Nissan GTR/Porsche 911 turbo or even Porsche 911 GT3. I had a rear light failure within the first 4k miles. Fixed under warranty. Entertainment system is a bit old. In general I would say this car is worth the money.

August 4, 2020
By RoyceDC from Boca Raton, Florida
Owns this car

Very fun car to drive, convertible is loud inside and seats not very comfortable as they dont go too far back. Sound and drive is amazing!!!

Most awesome car I have ever owned

The car is unbelievable. Fast beyond belief. Really a great design. I expect to keep this car forever. AMG is an incredible story. Engines are hand built and signed

All model years for the Mercedes-Benz AMG GT 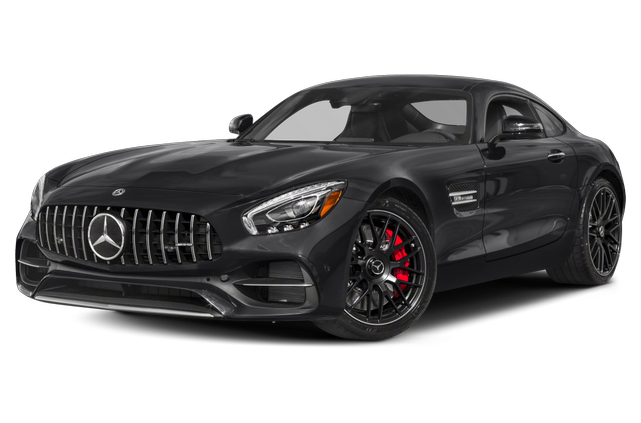 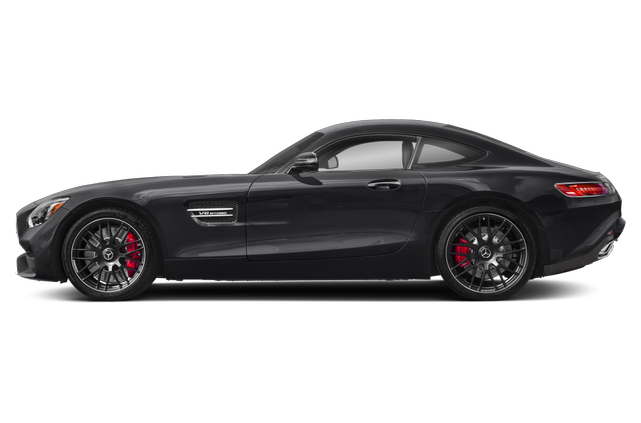 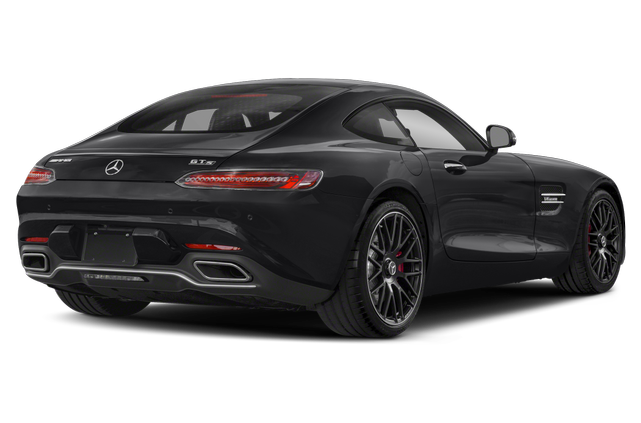 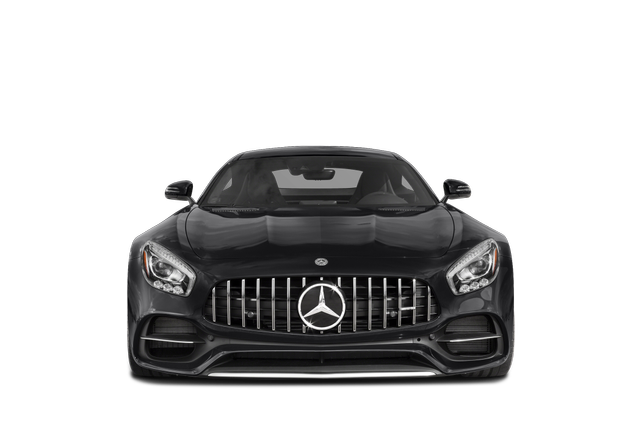 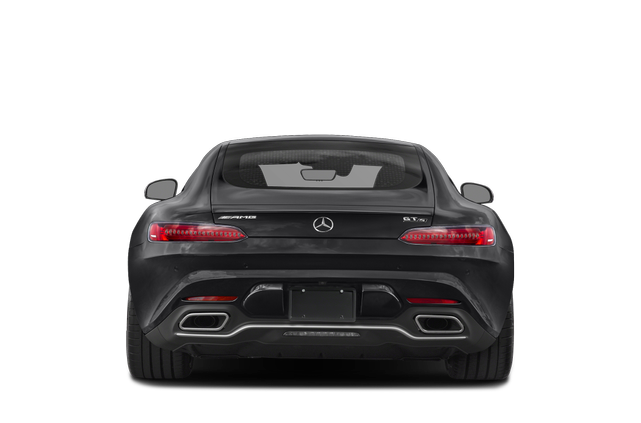 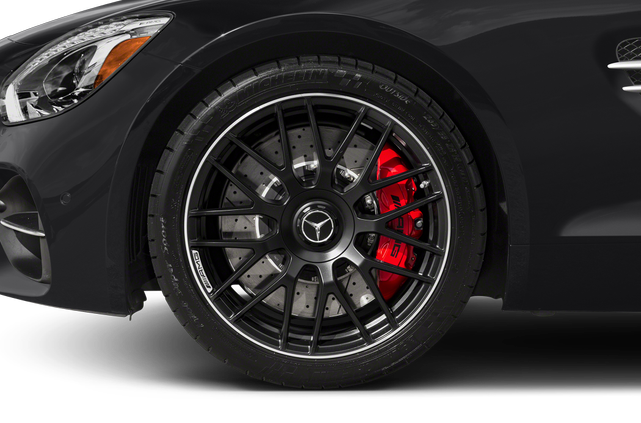 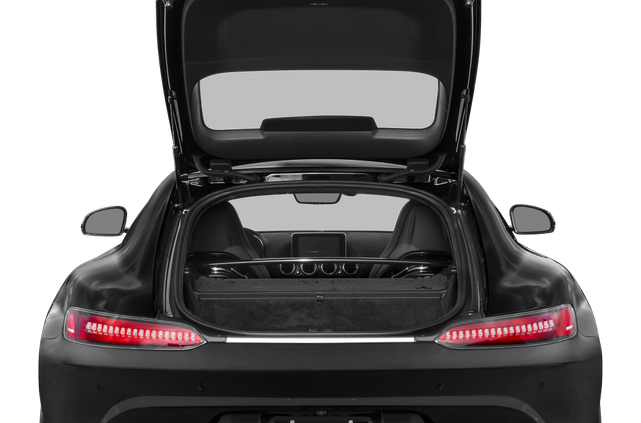 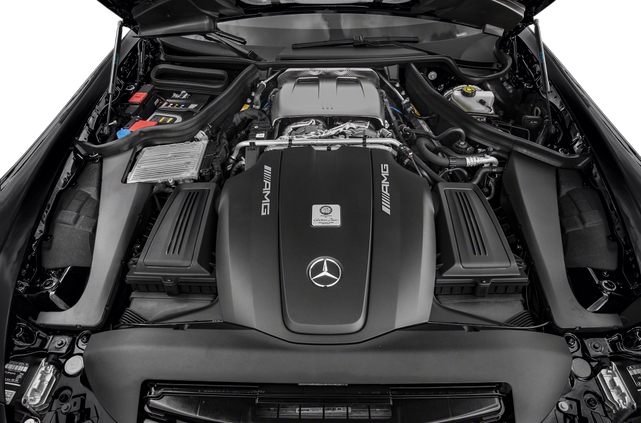 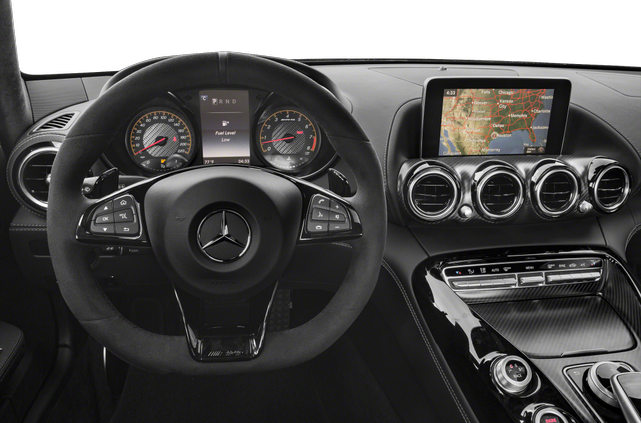 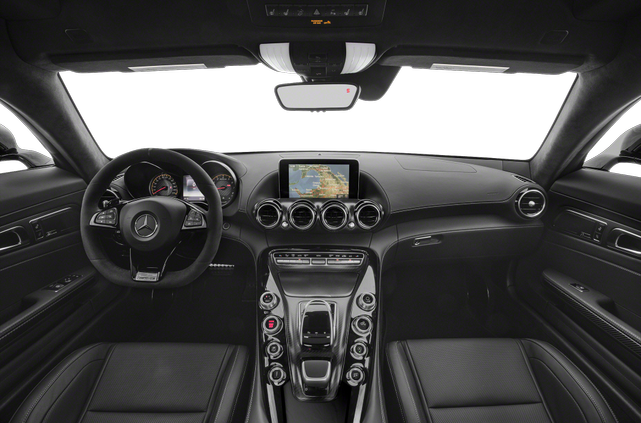 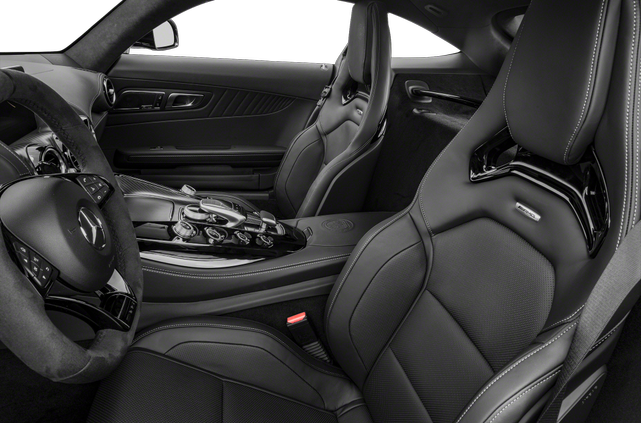 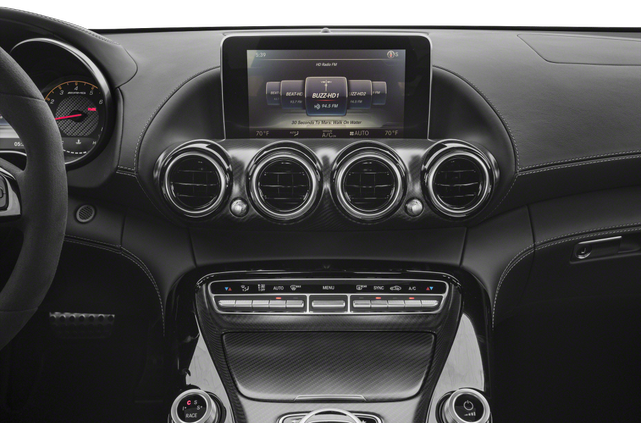 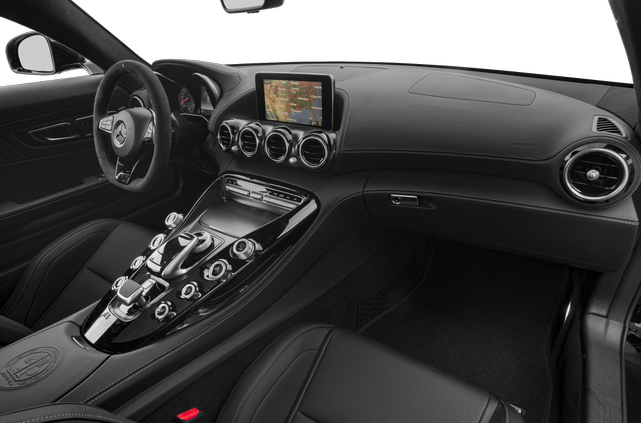 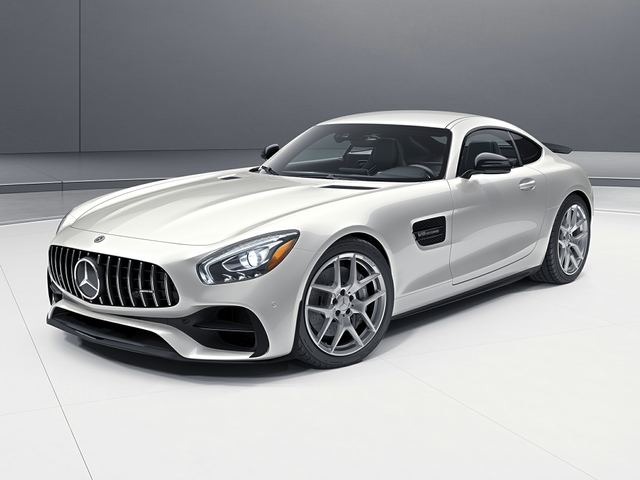 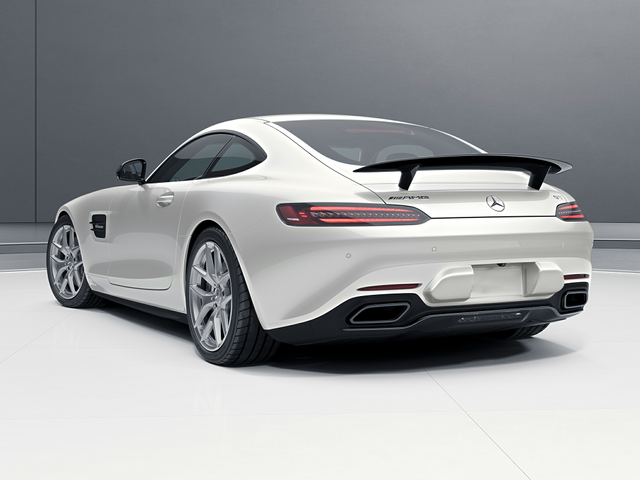 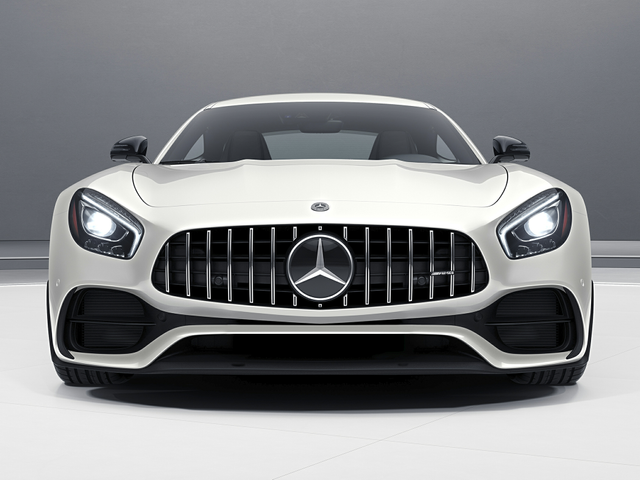 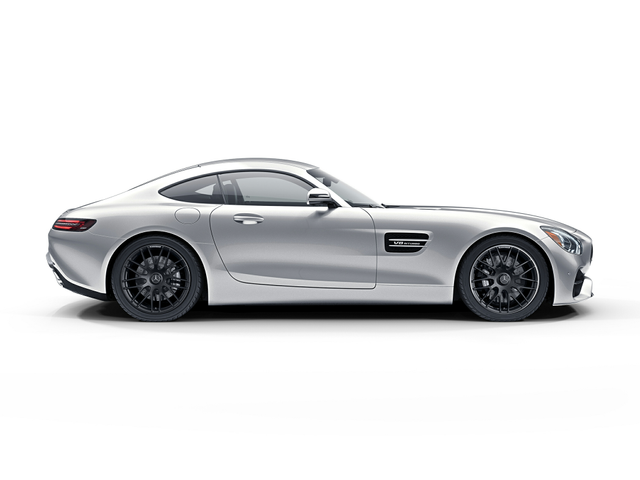 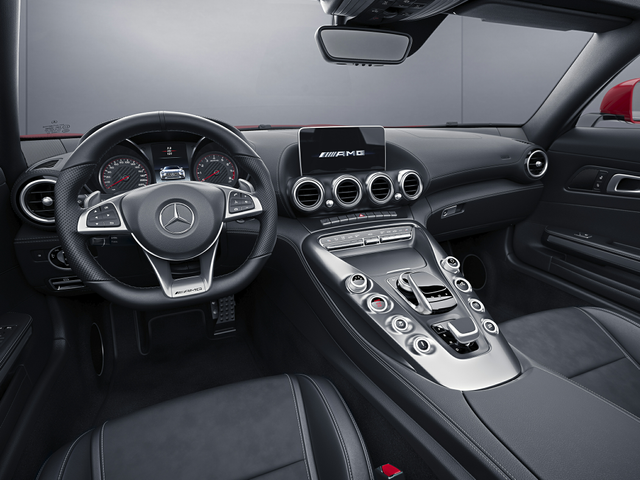 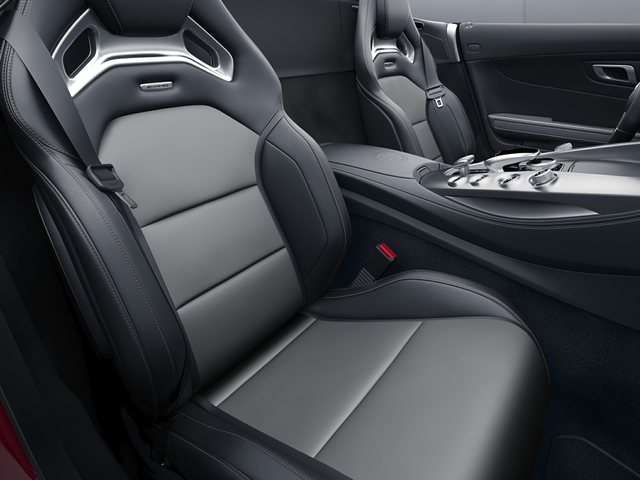