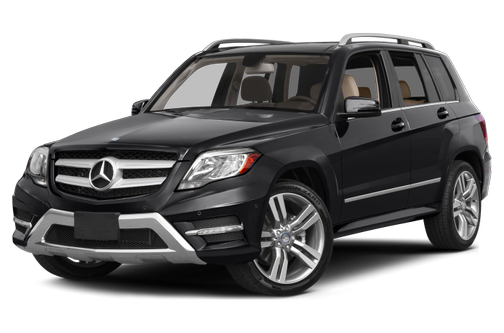 Our 2015 Mercedes-Benz GLK-Class trim comparison will help you decide.

The 2015 Mercedes-Benz GLK350 4Matic could very well be the last GLK — in name, anyway. Mercedes is revamping its model nomenclature, so the successor to the GLK-Class crossover will be the GLC, which is rumored to be released as a 2016 model. Even after a mild 2013 refresh, the GLK is showing its age compared with Mercedes’ latest and greatest cars, like the 2015 C-Class sedan.

Exterior & Styling
The Mercedes-Benz GLK-Class’ chiseled appearance and square roofline stand out in a crowded segment of mostly soft-styled luxury SUVs. The GLK’s traditional SUV styling makes it appear larger than it really is: Bumper to bumper, the GLK is 4.3 inches shorter than the Audi Q5, 5.2 inches shorter than the Acura RDX and a sizable 9.5 inches shorter than the Lexus RX 350. It’s even shorter — by 0.9 inches — than a segment newcomer, the 2015 Lincoln MKC. Compare the GLK to its longtime competitors here and to the MKC here.

The GLK’s upright shape provides fantastic visibility from the driver’s seat thanks to tall windows, thin body pillars and a squared roofline. Small side mirrors are the only weak spot in the GLK’s otherwise commanding view of the road.

How It Drives
A well-sorted suspension and tight steering connect the GLK to the road with supreme levels of sure-footedness. The available full-time all-wheel-drive system does the same in snowy and slippery conditions; it’s well worth the $2,000 premium it commands. A tight 37.6-foot turning circle and extremely nimble nature make the GLK a master of city driving; U-turns and tight corners are easily conquered by the sprightly SUV. Benz calls the GLK-Class midsize, but it drives like a much smaller compact SUV.

Small turbocharged engines are gaining popularity in other Mercedes-Benz cars and SUVs for their increased fuel economy, and it’s possible you’ll see a turbocharged offering in the GLK’s successor. If that’s the case, I’ll miss the current GLK’s standard powertrain: a naturally aspirated 302-horsepower, 3.5-liter V-6. Sure, fuel economy could be improved from the all-wheel-drive’s 18/25/21 mpg city/highway/combined figures, but it’s hard to replicate in a turbocharged one the punchiness of a good naturally aspirated engine. The GLK’s V-6 offers a potent punch of acceleration, with instantaneous accelerator response and a healthy V-6 growl under the hood. A BlueTEC diesel-powered GLK250 is rated 24/33/28 mpg with standard all-wheel drive and is one of a few diesel-powered SUVs in the segment.

Other noises inside the GLK aren’t as pleasant, like the intrusive wind you’ll hear whistling past the exterior at high speeds. The excessive noise is almost like a light switch that turns on at 50 mph and above, marring an otherwise refined highway driving experience, as the GLK tracks true on the highway with minimal fuss.

Interior
The GLK’s cabin isn’t claustrophobic despite having a decidedly more compact exterior than competing SUVs. The rear seat, however, is tight. It’s not an uncomfortable experience, like you’ll find in Mercedes’ smaller GLA-Class SUV, but it’s snug and the backrest is raked at an awkward angle without any adjustable reclining function. Much larger SUVs like the RX 350 have hugely roomy backseats; I even found the Q5’s slightly larger backseat more comfortable than that of the Mercedes-Benz GLK.

The interior is put together with decent materials, providing a satisfactory luxury experience. Not one particular finish stands out, however, and the design as a whole is somewhat uninspiring. Our test car was equipped with the standard MB-Tex imitation leather upholstery, which I find convincing enough. Leather upholstery, which is standard on the base Acura and Audi, is an $1,850 option here. Our GLK test car featured no-cost burl walnut wood trim, heated front seats ($750) and the Premium Package ($3,450), which included a panoramic moonroof, power liftgate, 115-volt AC household outlet and more.

There isn’t much new blood in this aging class of SUVs except for the Lincoln MKC, which provides a surprisingly luxurious experience for the money and a much more interesting, high-tech interior than the GLK. You’d think the GLK hadn’t been redesigned for some time, and from the ground up it hasn’t been, but it was touched up for 2013 with a new dashboard and interior materials. The update, though, merely brought the GLK up to an average level of quality. Given what we’ve seen Mercedes accomplish with the all-new 2015 C-Class compared with its previous generation, there’s promise for a GLK successor to make a big leap in the interior finish and design department.

Ergonomics & Electronics
Multimedia technology is moving at lightning speed, and the GLK’s standard multimedia system is stuck in the Stone Age. The system might not have been as big a disappointment if we hadn’t already grown enamored with Mercedes’ latest high-resolution-plus-touchpad technology in the C-Class.

The GLK-Class’ standard 5-inch screen is simply not enough real estate to legibly display the many functions of the GLK’s central controller system, which is used to control radio, media and car functions. The graphics are also dated. A 7-inch screen is available with navigation and a backup camera as part of a $2,970 Multimedia Package. Lincoln’s MKC includes a standard 8-inch touch-screen with much higher-quality graphics, plus two USB ports.

Bluetooth hands-free phone connectivity, Bluetooth streaming audio and a USB port for thumb drives are standard, and a Media Interface option allows the use of an iPod or iPhone through the GLK’s audio controls (it’s a $310 stand-alone option and is also part of the aforementioned $3,450 Premium Package). Our test car came with an Apple 30-pin connector for older iPhones. Mercedes’ website says an Apple adapter is required for use with the eight-pin Lightning connector used on later-model devices.

Cargo & Storage
The GLK’s small stature doesn’t show on the inside until you need to use the cargo area, which measures just 16.5 cubic feet behind the backseat. The RDX has 26.1 cubic feet, the MKC 25.2 cubic feet, the Q5 has 29.1 cubic feet and the RX — as its significant size suggests — has the most, at 40 cubic feet. Using the cargo area was at least easy thanks to our test car’s power liftgate, which is included in the Premium Package.

With the 60/40-split folding backseat down, the GLK has a maximum cargo capacity of 54.7 cubic feet. That’s smaller than its competitors; the closest in size is the Q5’s 57.3 cubic feet of cargo space.

Safety
The 2015 Mercedes-Benz GLK earned the Insurance Institute for Highway Safety’s highest score of good in all crash tests to which it’s been subjected, which currently excludes the small overlap front crash test. A score of good or acceptable would earn the agency’s Top Safety Pick Plus designation for the GLK. The National Highway Traffic Safety Administration had not crash-tested the GLK as of this writing.

Value in Its Class
The compact-to-midsize luxury SUV segment isn’t the freshest lineup at the moment. The GLK, Audi Q5 and RX 350 all have a few years under their belts, and the GLK-Class feels the most dated of the three. An all-wheel-drive GLK350 like our test car starts at $40,825, and with $750 heated front seats and a $3,450 Premium Package, it added up quickly to our $45,025 as-tested price.

At $45,025, the Mercedes-Benz GLK-Class didn’t include a backup camera, smart keyless access with push-button start, or navigation — features you can add to the Q5 and MKC easily for the same price. Those cars also bring much more contemporary interiors and additional cargo space. The GLK is one of the best-driving luxury SUVs in its segment, but it’s less well-rounded — in usefulness and design — than its competitors.

Satisfied Customer for the Good Performance

Very good performance and reliability, excellent ride of my GLK 250 2015 Mercedes Benz. I had been driving it since November 2014 up to now . My experience is good and I recommend this vehicle.

I love the car, but it could be better!

I love the car but little things would definitely boost it. Currently there is a poor location for the usb port, the finish comes off the switches EASILY and there is poor leg room in the back. The accordion cover is a pain if something goes underneath it and it loves to eat a debit card. I have had my car for six years and now am having multiple things go out at once....none are cheap

February 11, 2021
By Bob the Realtor from Leesburg
Owns this car

It has all the bells and whistles. Drives like you would expect one of the finest cars ever built to perform. I expect many years of great performance from this car.

Rating breakdown (out of 5):
12 people out of 14 found this review helpful. Did you?
Show full review
See all 73 consumer reviews

All model years for the Mercedes-Benz GLK-Class 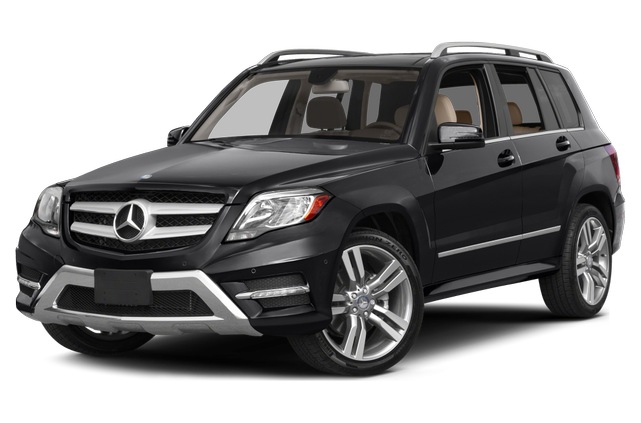 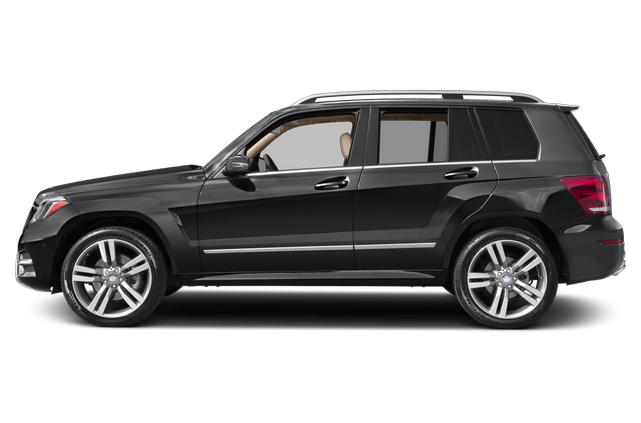 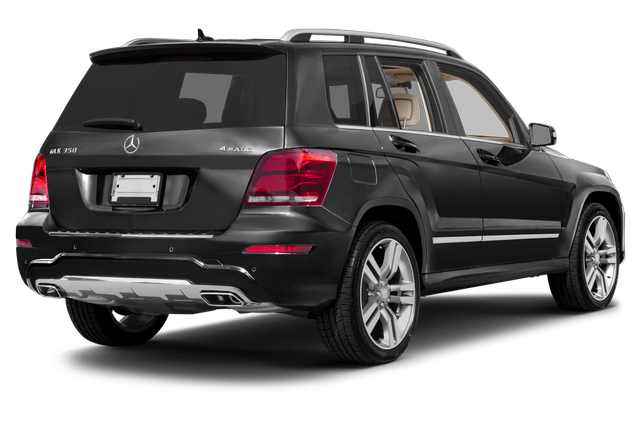 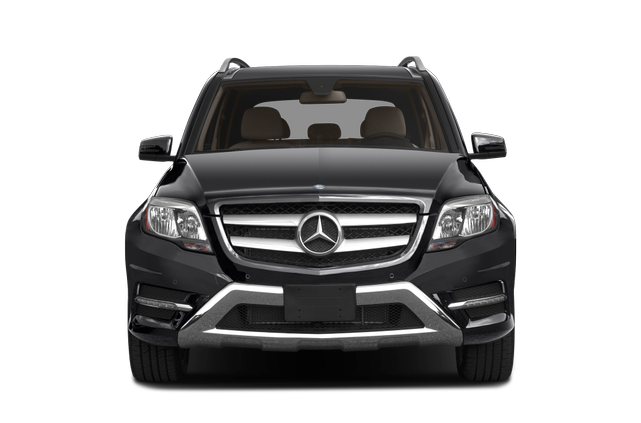 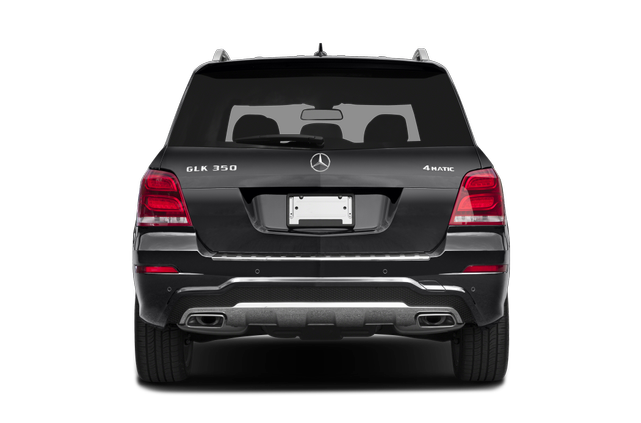 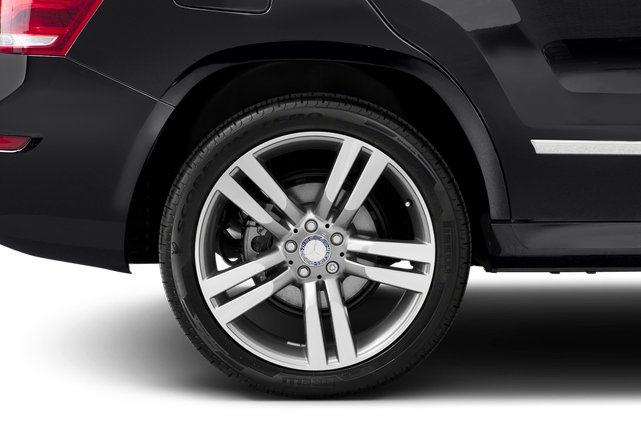 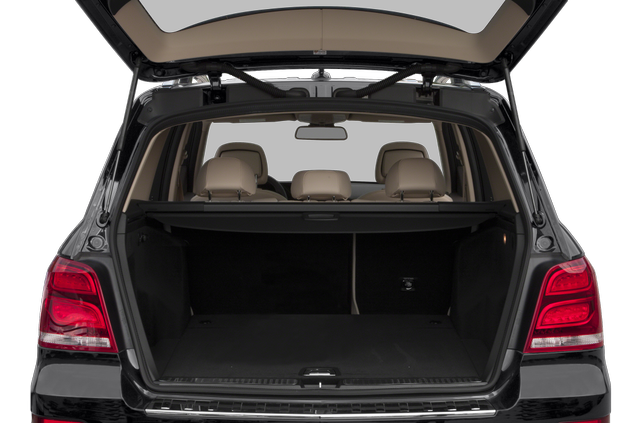 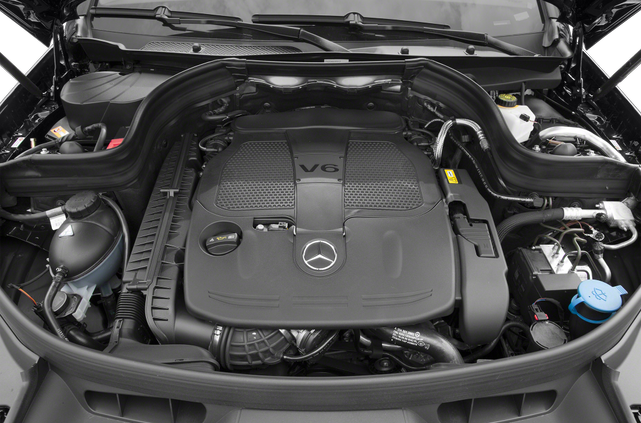 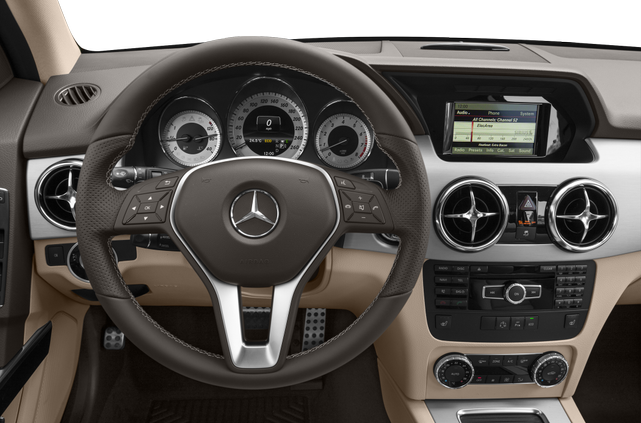 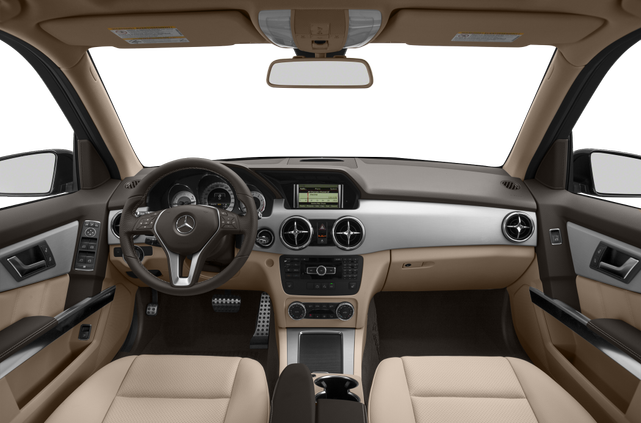 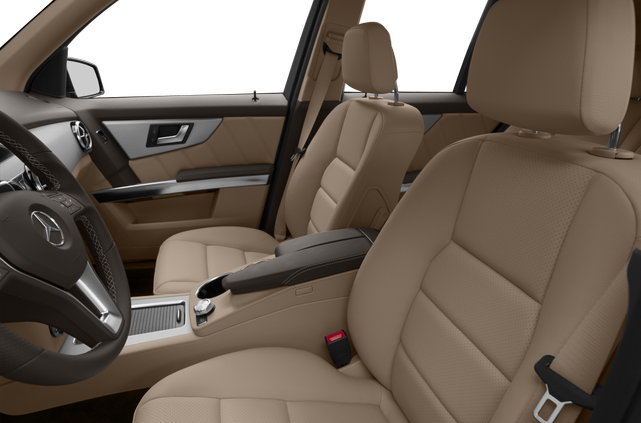 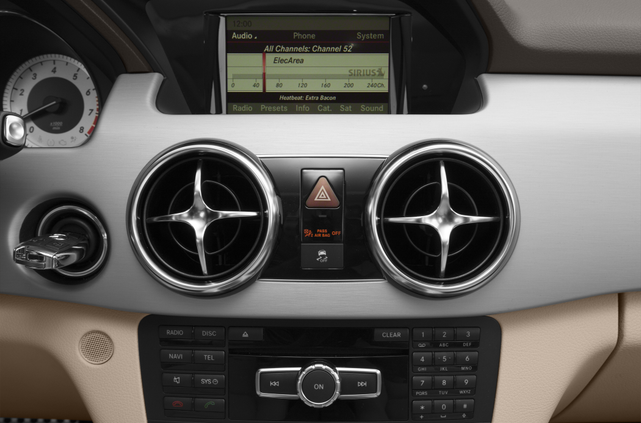 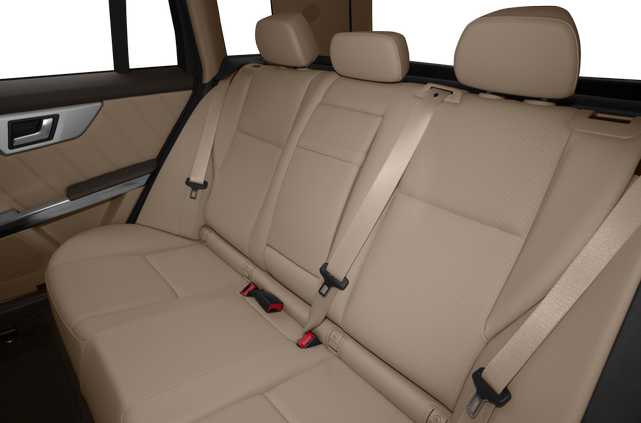 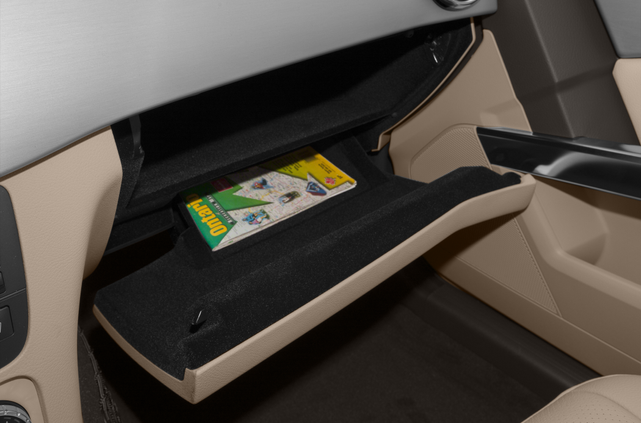 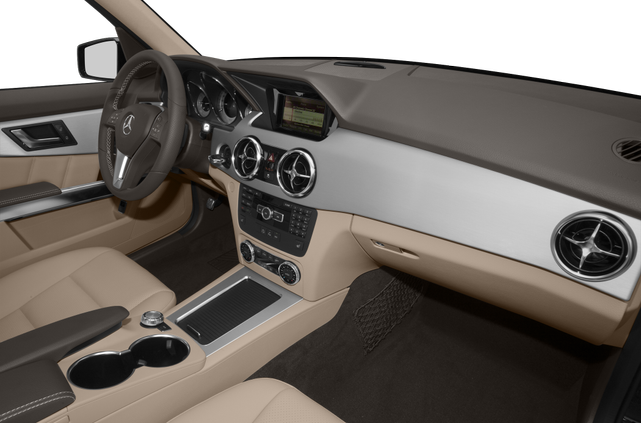 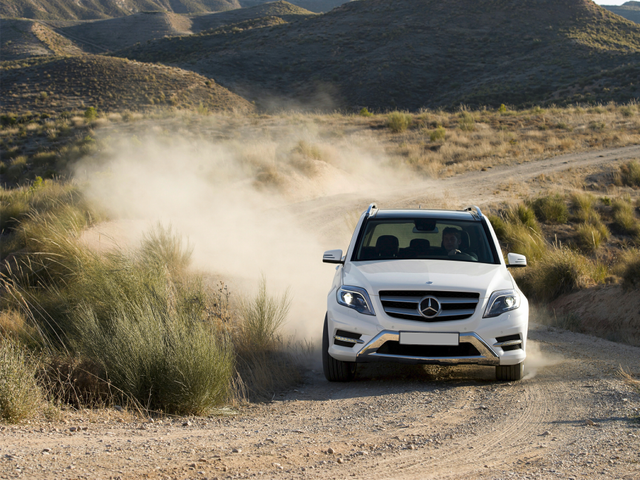 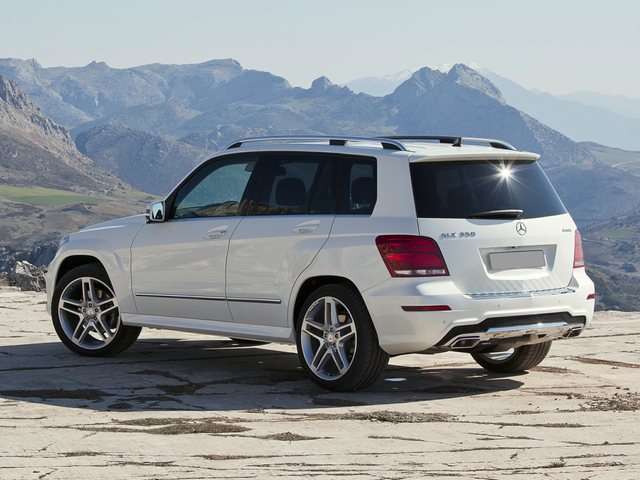 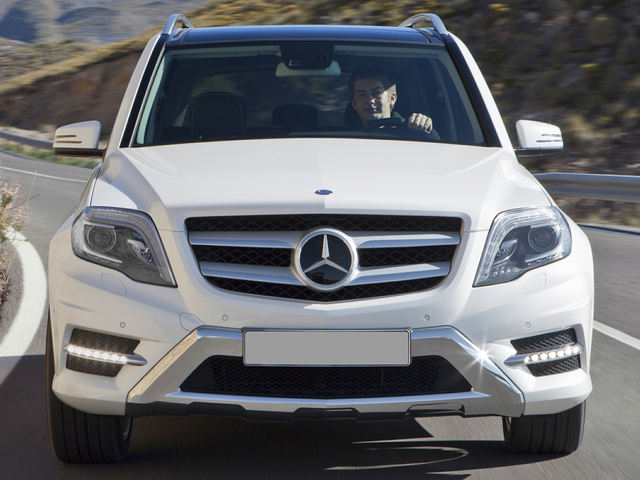 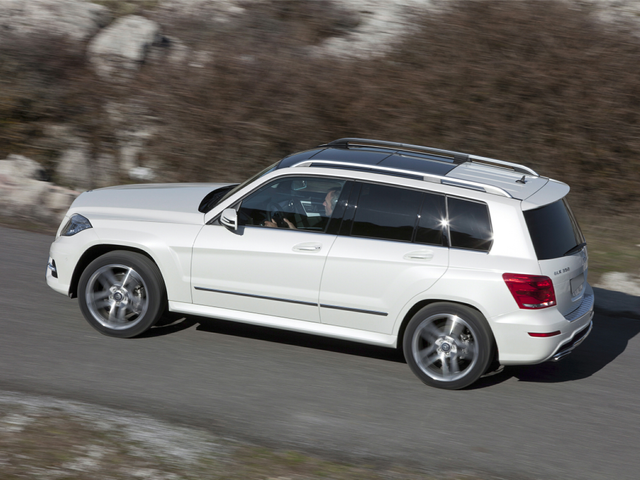 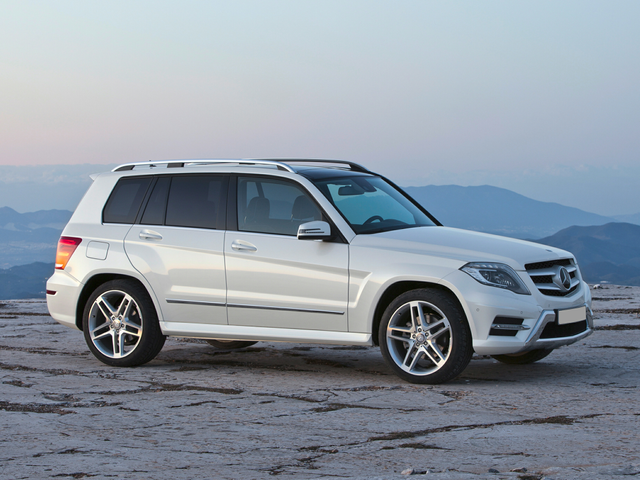 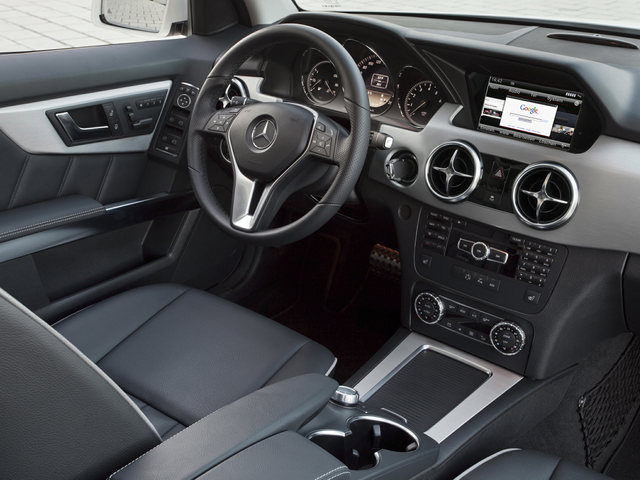 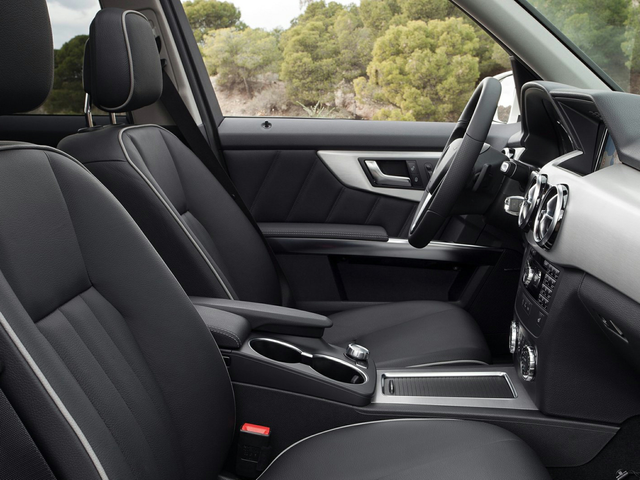