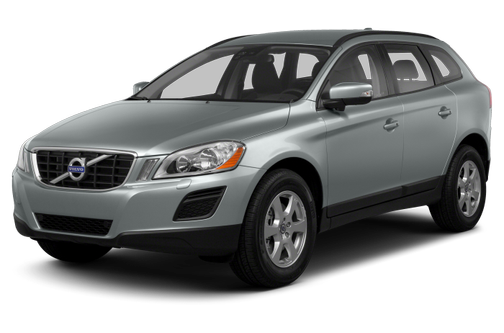 Our 2013 Volvo XC60 trim comparison will help you decide.

Editor’s note: This review was written in April 2012 about the 2012 Volvo XC60. Little of substance has changed with this year’s model. To see what’s new for 2013, click here, or check out a side-by-side comparison of the two model years.

I had high hopes for the 2012 Volvo XC60. I recently (reluctantly) ended a long-term relationship with my own beloved Volvo, a C30, because it no longer fit my evolving family. Having recently added a husband and stepdaughter to my previous status as a single mom of two, we’re now in the market for a five-seater like the XC60. I hoped that maybe this car would fill my empty heart.

While my courtship with the well-mannered XC60 started out positive, the chemistry just wasn’t there. However, he … I mean it would make a perfect fit for someone else.

With a huge number of mix and match configurations, there’s an XC60 for every taste and budget. See them compared here.

EXTERIOR
The XC60 is a sharp-looking little crossover, a poster child for Volvo’s evolving modern image. No longer the square, boxy station wagon we remember from our childhoods, today’s Volvo is sporting, sleek and sexy. Volvo refers to the XC60 as “the most sensual Volvo ever.” To some, that might conjure fantasies of making out with Edward in the back of the XC60 he drove in several of the “Twilight” movies. To me, it just means there’s enough form to make this car desirable to drive — with or without the family in tow — on top of all the function and safety it offers.

FAMILY-FRIENDLY FEATURES
One of the areas where the XC60 really shines is in its simple Scandinavian interior. The designers tried to replicate the sensation of peace and tranquility they experience on the Swedish coastline, where the smooth-as-glass water surface is punctuated with gently sloping, weather-worn rock shores. They definitely succeeded; it just feels good to sit in the XC60.

Because my New Year’s resolution is to eliminate as many toxins in my daily life (foods, cleaning products, my beauty routine) as possible, Volvo’s continued commitment to creating a clean environment inside this car impressed me. The leather was dyed without the chrome typically used in the process, and all nickel products (which can be highly allergenic to many people) have been completely eliminated from the XC60’s interior.

The XC60 is pretty basic when it comes to family functionality. The backseat had enough room for my two oldest daughters (ages 9 and 11), but got a little tight with the addition of my 7-year-old stepdaughter on the weekend. I did manage to squeeze them all in — the two youngest in Bubble Bum booster seats in the outboard positions, with the oldest in the middle. Although the optional feature was not in my test car, Volvo does offer integrated booster seats in the XC60’s outboard seats. They’re so subtle nobody even knows they’re there, helping prolong the length of time an older child will tolerate using the booster. It also simplifies seat folding, where a separate booster seat must be detached and removed before the seats can fold.

There’s 36.4 inches of legroom for the rear passengers, slightly more than other cars in this class — like the Mercedes-Benz GLK — offer. While the backseat splits into thirds and folds flat with the press of a button, expanding the cargo area to 67.4 cubic feet, its backrests don’t recline, a big oversight on Volvo’s part. More and more child-safety seat manufacturers allow the installation of forward-facing seats in a slightly reclined position for added comfort. My youngest daughters still nap in their booster seats, so I prefer to keep the seatback reclined just enough so that they stay upright, rather than slumping forward over the top of their seat belts.

Backseat passengers have just enough storage. They each get a storage pocket on the back of the front seats, storage bins with bottleholders in the doors, and cupholders and another storage bin in the armrest that folds down from the center seatback when that position isn’t in use.

Up front, two cupholders, an average-sized center console and storage bins in the front doors help contain loose stuff. Another discrete storage area is stashed behind the clean, modern floating center control panel. However, unlike in my C30, the bin isn’t recessed enough to actually secure much.

The large cargo space in the XC60 fits everything a family needs and has the added functionality of a lockable under-floor storage bin. In my Platinum edition test car, I also got a lot of use out of a grocery bag holder — a flip-up flap that has elastic bands and hooks to help prevent grocery bags from sliding and spilling all over the cargo space. Nets on either side of the cargo area also hold on to loose items.

BEHIND THE WHEEL
The base XC60 has a 240-horsepower, 3.2-liter six-cylinder engine. I drove the more powerful T6 version, which was a little bit of a bummer. I appreciated the solid feel and the 325-hp, turbocharged 3.0-liter six-cylinder engine’s quick and smooth acceleration, but the soft ride felt a little on the floaty side for my taste. That, in combination with its 38.4-foot turning diameter, made me feel like I was driving a larger SUV than I was. In comparison, the GLK has a turning circle of 37.6 feet.

While I personally prefer more car-like cornering, my husband loved the ride quality. He said he had no idea what I was griping about. You’ll have to drive this one yourself and see how it feels to you.

One thing we definitely agreed on was the surprising amount of noise inside the XC60. With a luxury brand like Volvo, you expect — and hope for — an unnaturally quiet interior. Unfortunately, this is one area where Volvo doesn’t deliver. My husband and I both commented on the wind noise entering the cabin from around the windshield pillars, possibly from the large side mirrors. The noise issue didn’t improve in the backseat, either. My daughter asked me on more than one occasion if a window was cracked or if she maybe hadn’t shut the door all the way. She said she could hear every car that passed us on the highway.

SAFETY
The XC60 stays true to Volvo’s strong heritage of safety innovations, packed full of advanced safety features that any family would utilize and appreciate.

With top scores of Good in front, side and rear crash tests, plus the roof-strength test, the XC60 is an Insurance Institute for Highway Safety Top Safety Pick. The National Highway Traffic Safety Administration gives the XC60 an overall crash-test rating of five out of five stars.

As is required of all 2012 models, the Volvo XC60 has standard antilock brakes, an electronic stability system and traction control. There are side curtain airbags for the front and backseat passengers, plus side-impact airbags for the driver and front passenger.

Optional safety features on my XC60 Platinum included a backup camera, collision warning with auto brake, pedestrian detection with full auto brake and a lane departure warning system, with the option to choose either normal or increased sensitivity.

Installing child-safety seats in the XC60 is a mixed bag. Of course, if you have Volvo’s integrated two-stage booster seat option, your kids will jump right in and get buckled up on their own with the help of stable seat belt buckles.

However, installing either rear- or forward-facing seats using the Latch system is a bit of a challenge. The lower anchors are hidden within the seat bight, so if you’re installing a seat with Latch hooks on a nylon belt (rather than rigid Latches like those on Clek seats), you’ll have to fish around in the seat bight to hook and unhook the Latch.

This is my third Volvo that I drive,LOVE VOLVO

March 9, 2021
By Volvolove from Sugarland
Owns this car

This is my third Volvo that I drive (XC90, XC60 S60) , it hardly gives any problems, safe and fair in price.Keep maintenance on time and that's it.

I bought the XC60 for safety and after someone ran a red light and totaled the car I’m glad I did. The car looks great but I frequently found my self saying what now. These cars are known for windshield leaks and hard downshifts and need regular computer module updates. My wife loved the car. The safety factor was worth any problems we had. Check Internet forums for any used car purchase.

This thing is full of surprises!

I have owned this car for a week, everyday I find some new feature that just makes me feel like I got a fantastic value for my money! I love that moon roof! It’s huge!

Rating breakdown (out of 5):
6 people out of 7 found this review helpful. Did you?
Show full review
See all 38 consumer reviews 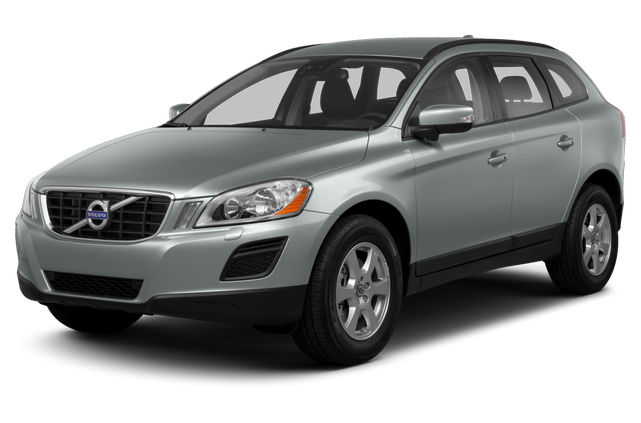 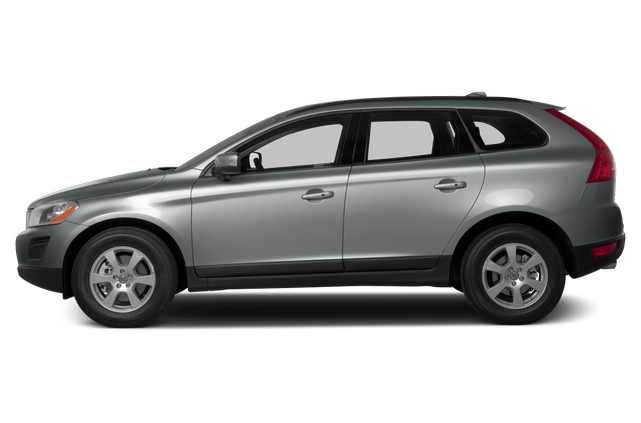 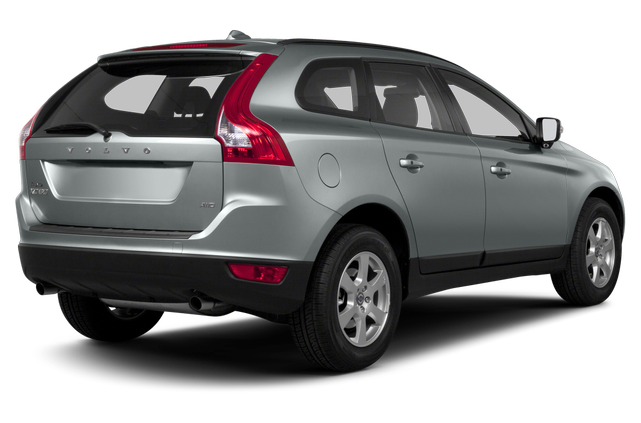 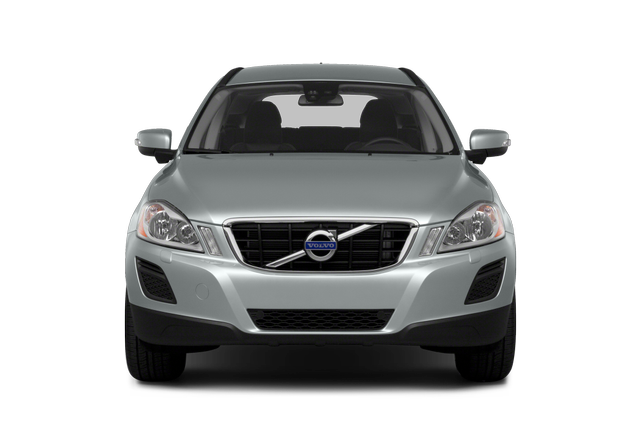 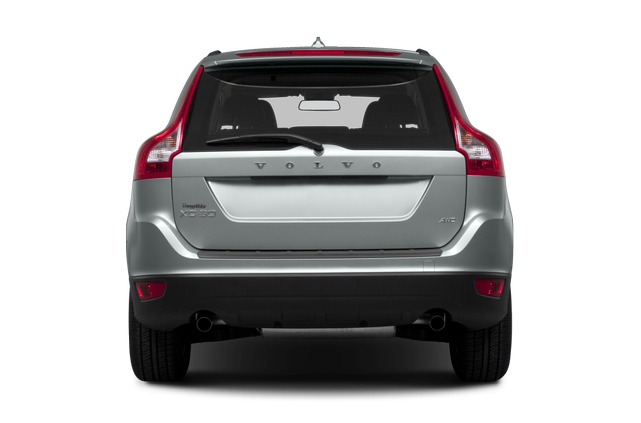 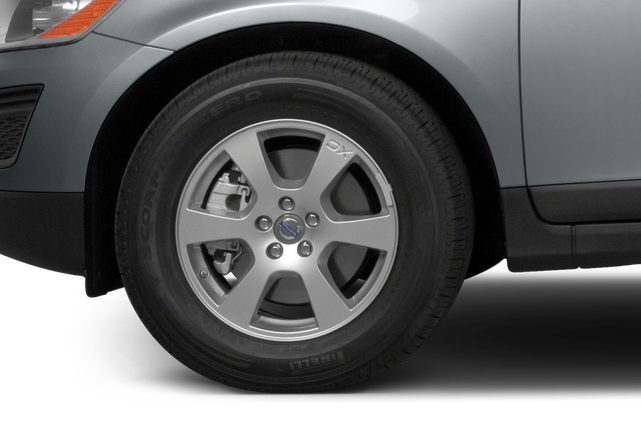 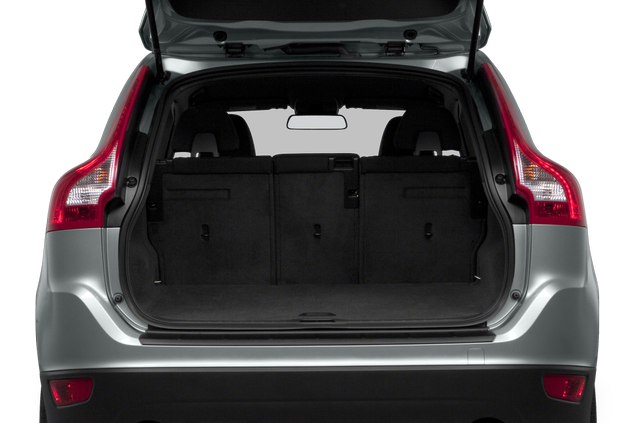 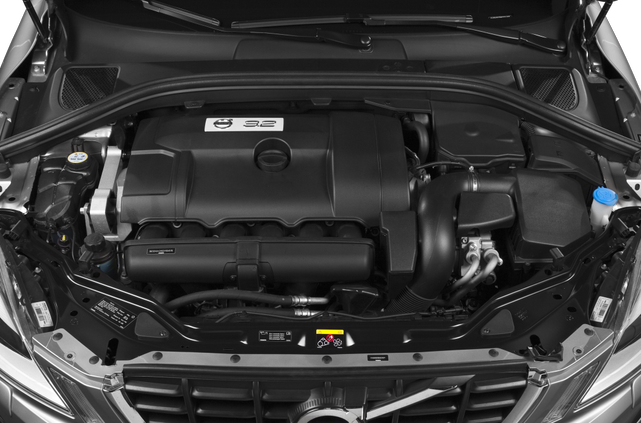 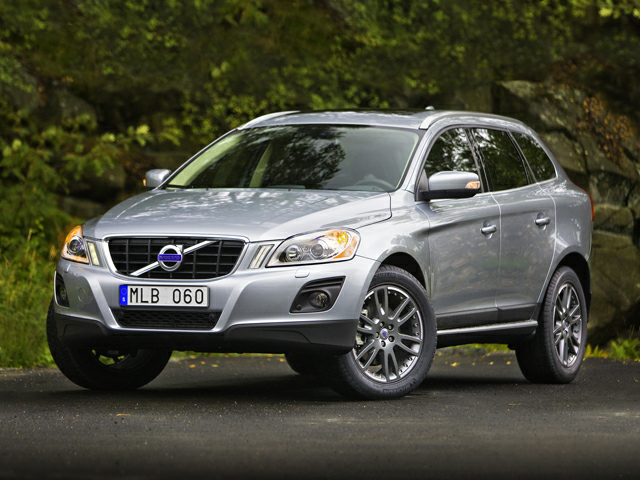 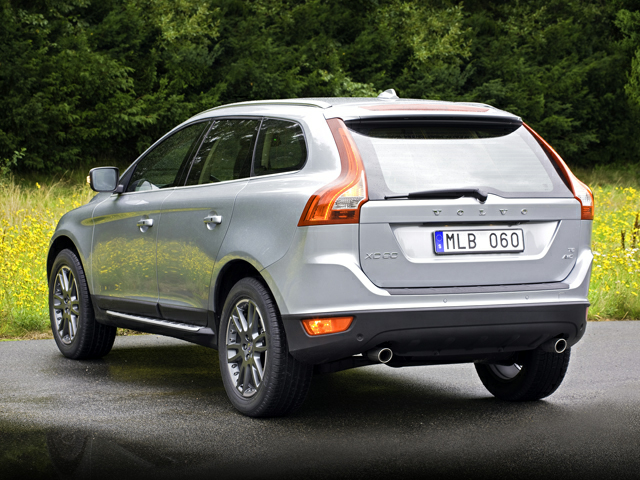 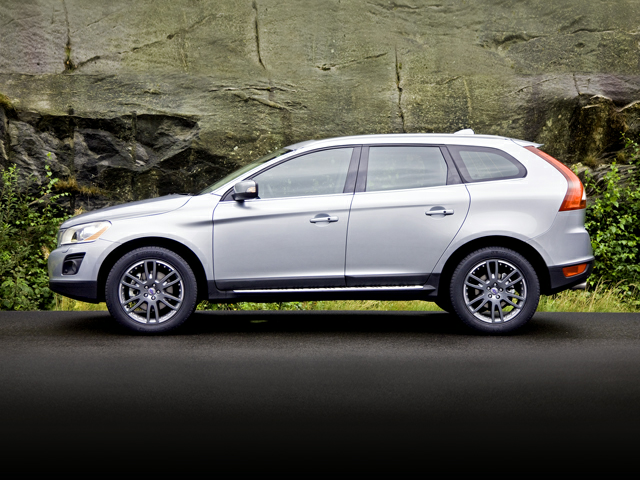 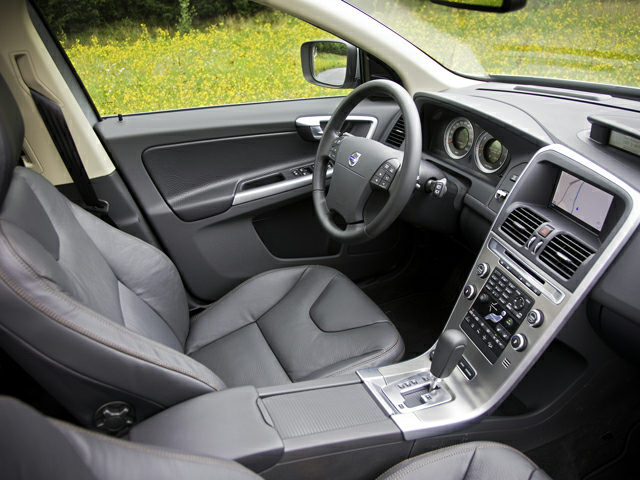 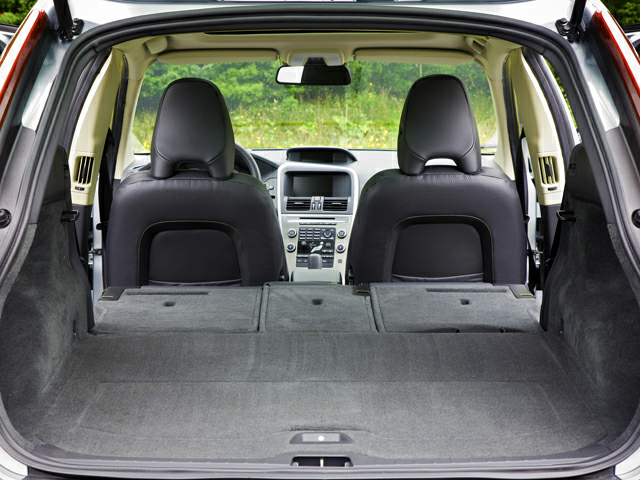 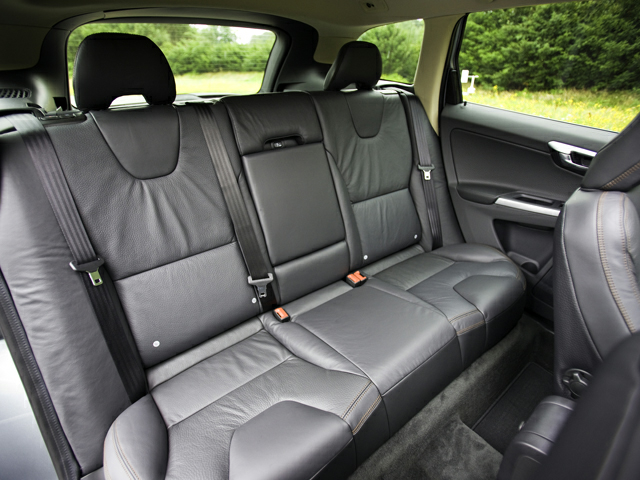 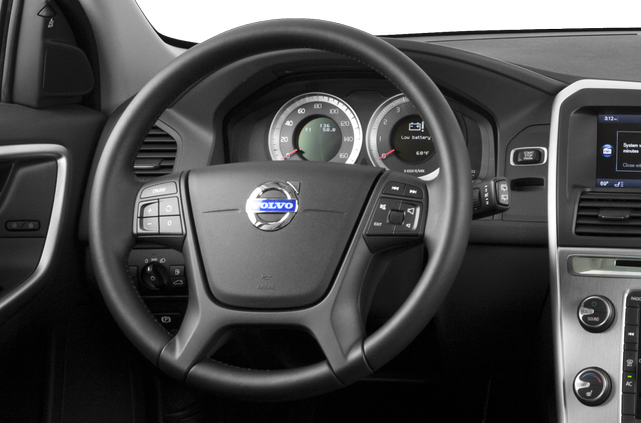 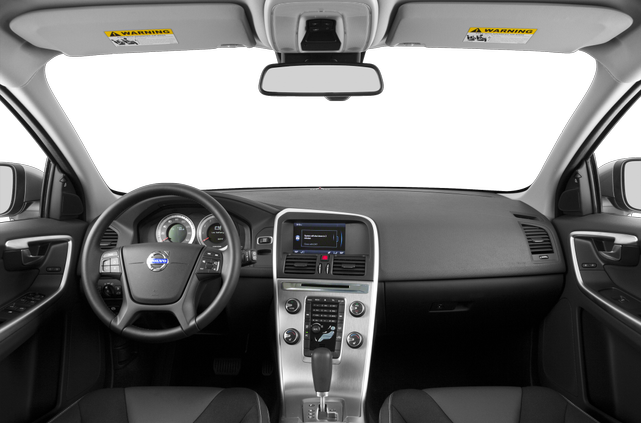 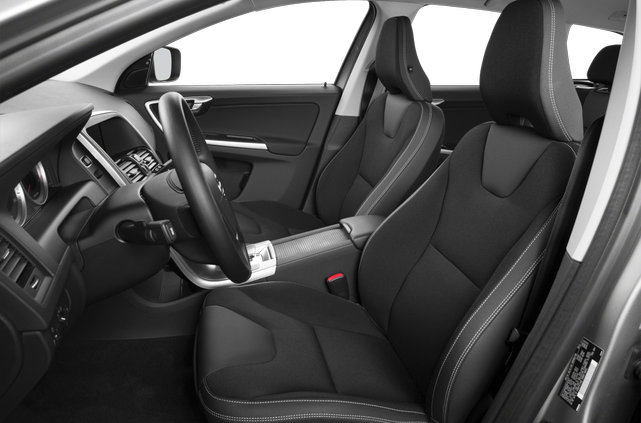 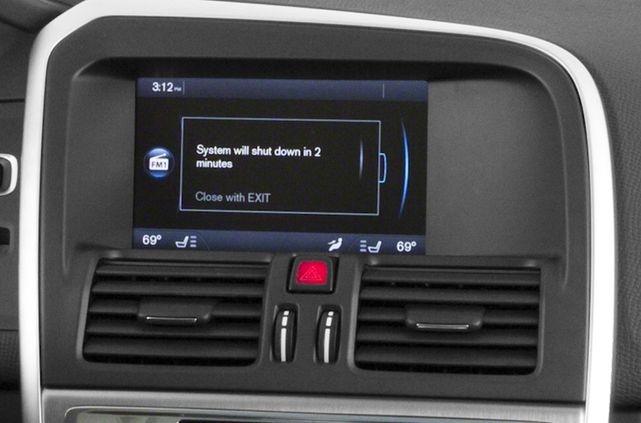 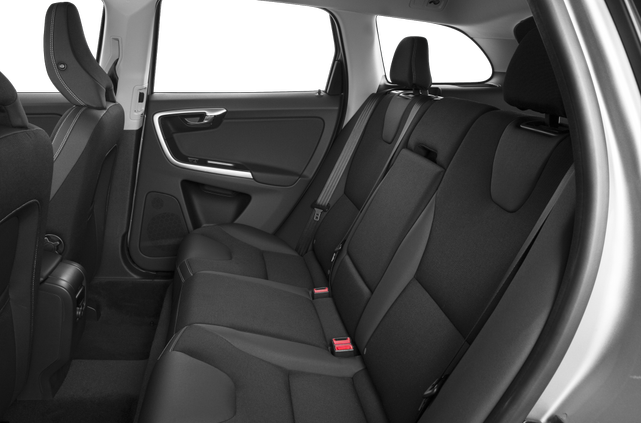 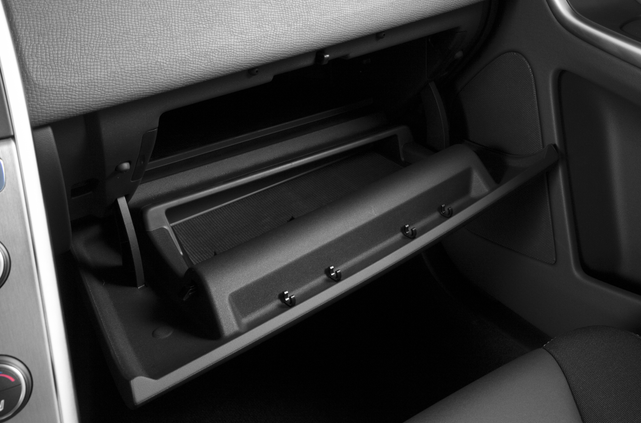 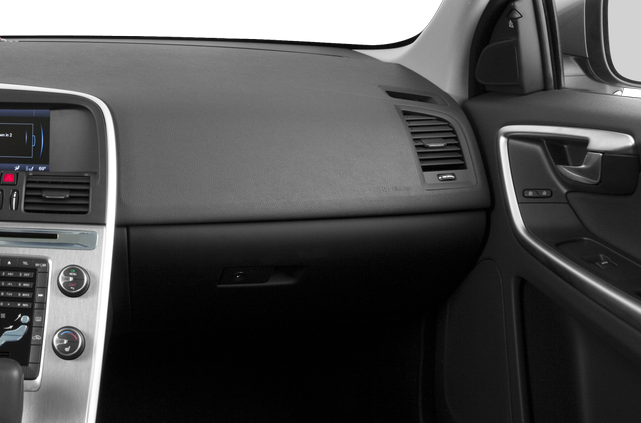 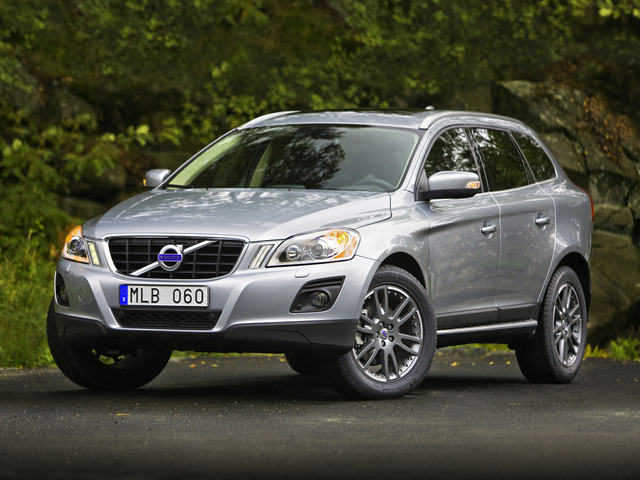 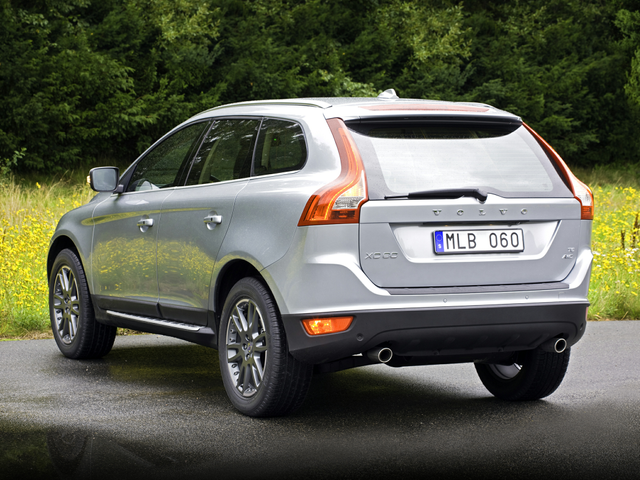 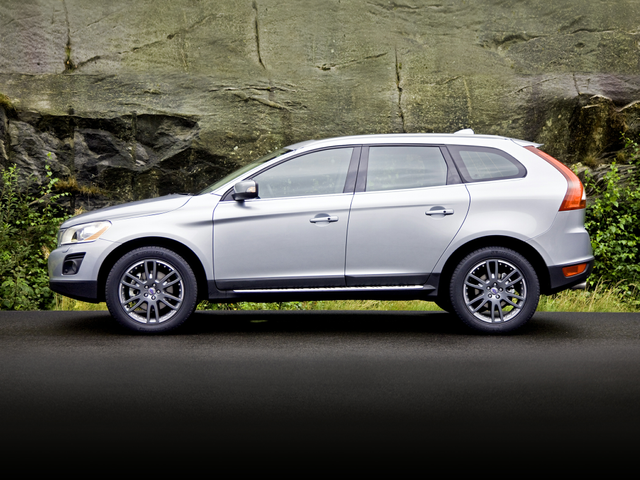 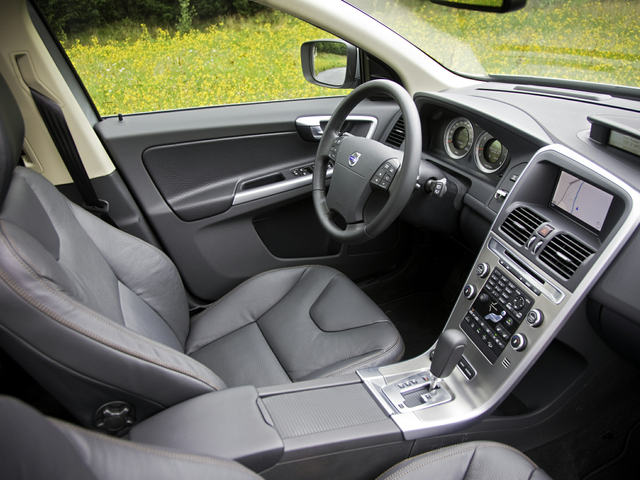 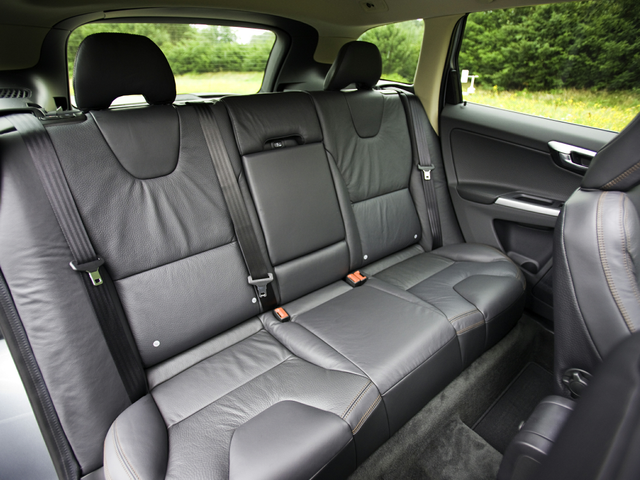 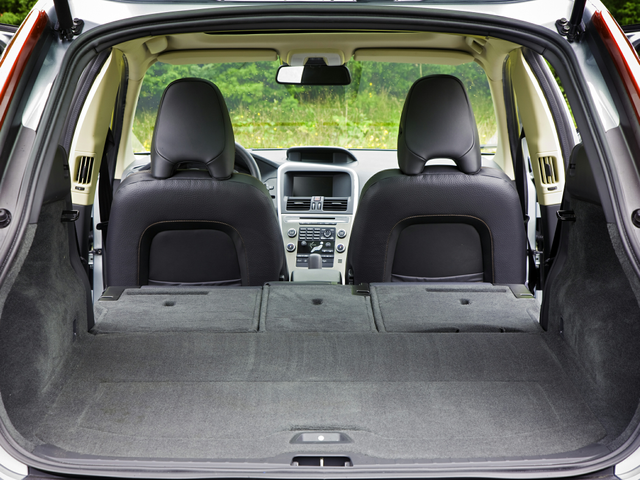