Our 2000 Porsche 911 trim comparison will help you decide.

Some cars are theater. Their use requires proper staging. Such is the case with the new Porsche 911 Carrera 4.

This is no ordinary car; nor is it an ordinary Porsche. It comes with four-wheel drive and two rear seats that actually are usable, at least for small people.

Equipped with a two-in-one Tiptronic S transmission–an automatic that doubles as a manual–it can be driven as a daily urban commuter or as a long-distance runner. And should you and your insurer think it wise, you can take it to the local racetrack for a thrilling spin.

But that is not what I mean by staging. Porsches in general, and the 911 Carrera 4 in particular, are works of art. They are four-wheeled dance, high-powered music, automotive poetry. To thoroughly enjoy them, to feel their essence, you must take them out of the context of ordinary motoring.

How to do this?

You need music, of course–and a different road.

I chose B.B. King’s “Blues on the Bayou” and “Why I Sing the Blues.” My roads weren’t different–I’m addicted to the perennial beauty of Virginia’s Shenandoah Valley. My driving time was different, however.

It was dawn Saturday, mid-September, a time of waning summer and rising fall. Hurricane Floyd was terrorizing the Florida coast, but the Virginia air was crisp and bright. There was little traffic.

The car was absent a six-speed manual transmission, the preferred gearbox of Porsche purists. But I was never much for purity. The five-speed Tiptronic S in the test car suited me just fine. To the extent that I actually needed more control over gearing, on downhill curves and in sharp turns, the rocker-type manual-mode switches atop the 911 Carrera 4’s steering wheel proved sufficient.

There being no wet highways on which to try out the car’s four-wheel-drive system, I hunted for less-adhesive surfaces and found them on a variety of dirt and gravel-covered back roads, which also provided perfect scenery for B.B. King’s music.

What fun! Drive power shifted from wheel to wheel, compensating for slippage with grippage, helping to keep the car perfectly under control, despite flying dust and gravel. Porsche’s “four-wheel drive” really is a sophisticated version of permanent all-wheel drive. It employs a multi-plate, viscous clutch that transmits power from the rear-drive system to the front axle, depending on which wheels are slipping most.

That technology, combined with Porsche’s “stability management” system (think of a super anti-lock braking system), turned the drive into a modern dance, complete with rhythm, funk and exciting moves. There is just something about a perfectly balanced body in motion that pumps you up, gets you going. To be a part of that body, as in the case of driver behind wheel, simply sends the spirit soaring!

But the sun was rising. People were stirring, taking to the road for Saturday errands and weekend recreation. However, the pleasure of a theater is diminished by the number of people in the a udience, particularly if they are given to rudeness. It was time to go home.

Complaint: My eldest daughter, Binta, put it best: “This car is a lot of fun, but it’s also a lot of frustration. There are very few places in this country where you can enjoy it.”

Praise: If you’re lucky enough to find those places, you’ll discover the meaning of pleasure, the joy of driving. There aren’t many cars that drive this well this easily. Fast, smooth, exceptionally well balanced.

Head-turning quotient: Bespeaks power. Some people like that. Others hate it. Not a car for shy or humble people.

Ride, acceleration and handling: Triple aces. You’ll have to do something stunningly foolish to trip this one up. Compensates for honest driving errors, such as accidental oversteering or slamming on the brakes at the apex of a curve.

Brakes: Stops as confidently as it starts. Two-circuit brake system, with circuits subdivided individua lly per axle. Vented discs front and rear, with anti-lock standard. Porsche’s stability-management system is designed to shorten stopping distances and eliminate or reduce skidding during a variety of panic stops.

Mileage: Not much. Not a car for conservationists. About 12.4 miles per gallon in city-highway driving. Estimated 168-mile range.

Safety: Rigid construction, standard side air bags, lots of active safety devices (which keep you from crashing in the first place), such as the stability-management system.

Purse-strings note: How much would you pay for a Picasso original? How much does it cost to put on a hit Braoadway play? I mean, get outta here.

I flew to San Jose, California 3/1/22 and bought a used 2000 Cabriolet, one owner, 54k miles. I drove down Pacific Coast Hwy over 2 days. To LA area and tooled around for a week. Had it inspected by a Porsche restorer who gave it 👍🏻👍🏻. Drove to Las Vegas through Death Valley with top down. After a couple of days drove to Phoenix. Spent several days running on desert roads. Then spent 6 days driving back to SC. Went through “Tail of Dragon” 5 times. I named the car the “Beast”. I love it and I’m a car guy but never had a car like this. Drove it 4500 miles in 18 days. Would recommend highly.

great car -has it's quirks

August 8, 2019
By Swampy Jones from Elmira, NY
Owns this car

I like pretty much everything about the car with a few exceptions. No glove box, so interior storage is limited. no cup holders not only for drinks,but change etc . The caps that cover the holes where the hard top fastens at the rear fasten poorly and are not cheap to replace. The plastic rear window will be updated soon, as will the ignition switch. The car runs well, comfortable, and seeing that the clutch, IMS bearing, and rear seal has been all updated, I'm confidant of the engine. Great car for the money spent, people can't believe it's nearly 20 yrs. old. I hope to have it for a long time. Special thanks to Marc and Ed for making a long distance purchase go seamlessly and being so trustworthy.

A truly great car for the money!

October 18, 2018
By barrya from Albuquerque, NM
Owns this car

A friend was commuting in LA traffic, finally decided he really needed a commuting car. So he agreed to sell it to me. i'm retired but volunteer in places and cross town regularly to co-sign checks at a non-profit. The Porsche was my "daily driver" for the last seven years without incident. The car is docile when driven gently but the 6 cylinder engine can really open up when called on. It's got Porsche handling. i showed it to an acquaintance who wasn't very familiar with Porsches and he couldn't get over the solid "thunk" when you close the door. Porsche brought out its first water-cooled engine in 1999 with this model - the "996" 911. Mine was manufactured late the following year. Worth round about $20,000 now - with about 51,000 miles on it - it's a truly classic car for a fraction of the new price. i've loved owning it.

Rating breakdown (out of 5):
3 people out of 3 found this review helpful. Did you?
Show full review
See all 26 consumer reviews 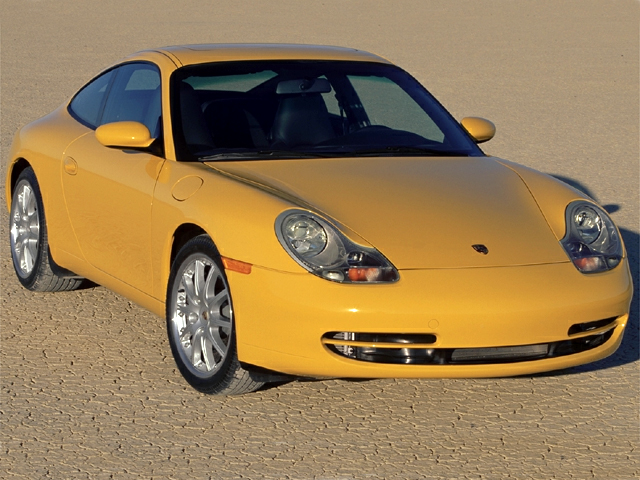 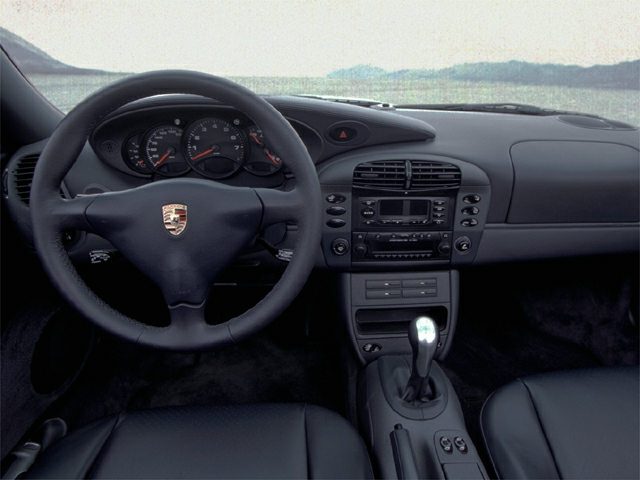