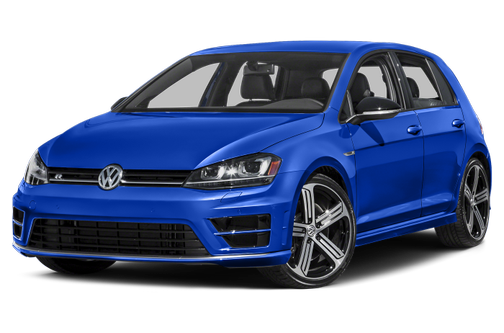 Our 2015 Volkswagen Golf R trim comparison will help you decide.

You’ll grin as the 2015 Volkswagen Golf R’s turbocharged engine responds with each stomp of the gas pedal, but a lack of driver involvement diminishes the fun, making this car’s hefty premium over the exceptional Golf GTI hard to stomach.

Volkswagen redesigned its Golf hatchback for the 2015 model year. A number of variants are offered, including diesel and fully electric models. The Golf TSI, Golf GTI and Golf R all have turbocharged gas four-cylinder engines rated 170, 210 and 292 horsepower, respectively. The Golf R is the only variant with all-wheel drive. The rest have front-wheel drive.

Besides more power and all-wheel drive, the Golf R gets a unique suspension with available adaptive shock absorbers and a standard six-speed, dual-clutch automatic transmission. The Golf R competes with the Subaru WRX STI and Mitsubishi Lancer Evolution (see their specs compared here).

Exterior & Styling
I really like the styling direction Volkswagen took with the new Golf hatchback. Crisp lines give the car a taut, athletic appearance, and the new generation’s 1-inch-lower roofline gives the hatchback a sleek look.

How It Drives
The Golf R backs up its looks with a punchy, smooth-revving turbo four-cylinder that lets you scoot through slower-moving highway traffic with ease. Mashing the gas pedal makes the dual-clutch transmission downshift quickly, bringing gobs of power that hurtle you forward. Volkswagen cites a zero-to-60-mph time of 4.9 seconds.

At slower, stop-and-go speeds, however, the drivetrain has annoying accelerator lag; in the first half-inch or so of pedal travel, nothing really happens. This type of lag was widespread about a decade ago as new cars adopted electronic throttle control, but it’s been eliminated in most of today’s new cars. Sadly, the Golf R isn’t one of them.

I was also dismayed by the dual-clutch transmission’s delayed response, even with the steering-wheel shift paddles. Whether upshifting or downshifting, there’s a half-second delay from when you press the button and when the shift occurs. It should be much more instantaneous with this kind of transmission. It is with other dual-clutch transmissions, like Porsche’s PDK unit, which shifts gears so quickly you’ll actually want to use this feature. I had no desire to keep using the Golf R’s shift paddles.

If you’d rather have a traditional manual transmission, the 2016 Golf R will offer a six-speed manual.

I like how the Golf R includes an Individual mode so you can create a custom setting for the adaptive suspension (when equipped), drivetrain and power-steering system. The location of the mode-selector button, though, isn’t the best; it’s to the left of the gear selector, right behind the start-stop button for the keyless ignition system. I kept doing double-takes to make sure I wasn’t about to press the ignition button by accident.

The Golf R’s steering is disappointingly short on feedback regardless of the drive mode you’re in. There’s no feel for what’s happening at the tires. There’s some heft to the wheel, but it’s a dead weight that doesn’t draw you into the driving experience like a performance car’s steering should. There’s no joy in taking a corner quickly.

All-wheel drive can be an advantage when snow flies, but the Golf R has a few things working against it when it comes to winter performance. It’s offered only with summer tires, which aren’t suitable for snow-covered roads, even with all-wheel drive. All-season and winter tires are available from aftermarket retailers like the Tire Rack. The Golf R’s low 4.8-inch ground clearance also increases the risk of getting high-centered on drifting snow.

Interior
Volkswagen didn’t cheapen the redesigned Golf’s cabin the way it did the Jetta sedan when that car was redesigned a few years ago. While VW stripped away many of the Jetta’s premium qualities that people loved, in the redesigned Golf it used less-expensive materials more strategically. The Golf still has premium finishes on the dashboard and upper part of the front doors, for instance, but the backseat door trim is hard plastic.

I really like the Golf R’s front bucket seats. The driver’s seat has 12-way power adjustments with power lumbar, and the large side bolsters keep you in place without unduly squeezing your torso. Thigh support is good.

Our test car’s all-black interior — headliner included — created some claustrophobia, but forward visibility is good and over-shoulder views are decent. Rear visibility is supplemented by a standard backup camera.

Backseat comfort is good; there’s good legroom for taller adults in the outboard seating positions, but a tall hump in the center of the floor. Headroom is good too.

Ergonomics & Electronics
The Golf R’s 5.8-inch dashboard touch-screen is tiny in an era of increasingly larger screens, and the small size — which made for a cluttered navigation map — wasn’t the only problem. Graphics quality isn’t great, either, with on-screen text being especially fuzzy. The new multimedia system in the 2016 Golf R will have a slightly bigger 6.5-inch touch-screen and support Apple CarPlay and Android Auto smartphone mirroring.

The 2015’s screen supports swiping and dragging, and it works as well as a smartphone. When you’re scrolling through a list of satellite radio stations, the system displays what’s currently playing on each channel, which is an uncommon but useful feature. The system paired easily with my iPhone using Bluetooth, but I did have to reactivate the Bluetooth streaming audio connection after restarting the car, which is unusual.

Cargo & Storage
Cargo volume is an impressive 22.8 cubic feet with the backseat up and 52.7 cubic feet with the rear seat folded. Storage space includes a decent-sized glove box, large bottleholders in the doors and a good-sized bin to the left of the steering wheel. Even though the front-seat center armrest slides forward and back, it oddly doesn’t open to reveal a storage bin; turns out it’s because of federal regulations.

Safety
The Insurance Institute for Highway Safety says its Top Safety Pick rating for the 2015 four-door Golf applies to the Golf R too.

The Golf R has Automatic Post-Collision Braking, a system that automatically applies the brakes after a crash to lessen the chance for additional collisions. If you want active safety features you’ll have to get a 2016 model; it offers a Driver Assistance Package that includes adaptive cruise control, forward collision warning with automatic braking, lane departure warning and a blind spot warning system with rear cross-traffic alert. The package is a reasonable $1,295, but it’s available only on models equipped with the adaptive suspension and navigation.

Value in Its Class
The Golf R is one of the most refined high-powered hatchbacks around, but it’s this same refinement that isolates you from the driving experience. The Golf R doesn’t make you want to drive it, which is something a car like this needs to do — and the automaker’s own Golf GTI actually does. It’s just another example of the more powerful, more advanced and more expensive (by more than $10,000) car being less fun in everyday driving. While not a great outcome for Volkswagen, it’s good news for performance-hatchback enthusiasts on a budget.

Huge VW fan but I am also fair. By far its one of the best vehicles VW has created. I've owned an R32 and nothing beats a VR6 engine, however this little 4 banger is the real deal. With a push of a button you go from a daily commuter to an all out contender on the track. Someone please show me a better sounding 4 cylinder.

Best All Around Car Under 55k

I had this car for a year and a half and it's been the best car I've owned. It's a fantastic platform for tuning and a great daily driver. This car goes from Dr Jekyll to Mr Hyde at the push of a button. This is an amazing vehicle.

July 1, 2019
By Spooby from Prince Frederick
Owns this car

What an incredible machine, from the craftsmanship inside to the perfect styling out. This car is just a fitting on a weekend getaway as it is on a racetrack. Perfect amount of room inside as well, fit two car seats no problem and I am 6'2.

All model years for the Volkswagen Golf R 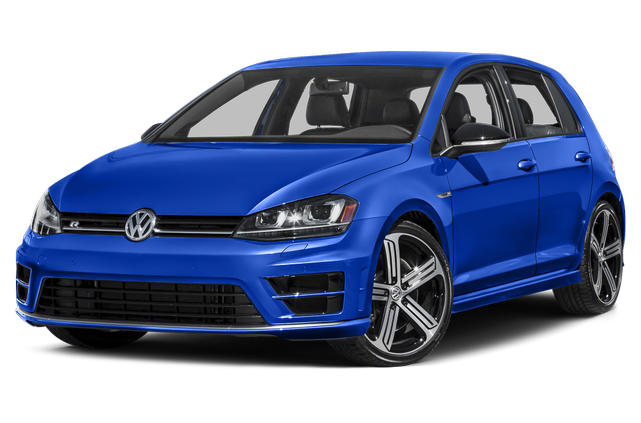 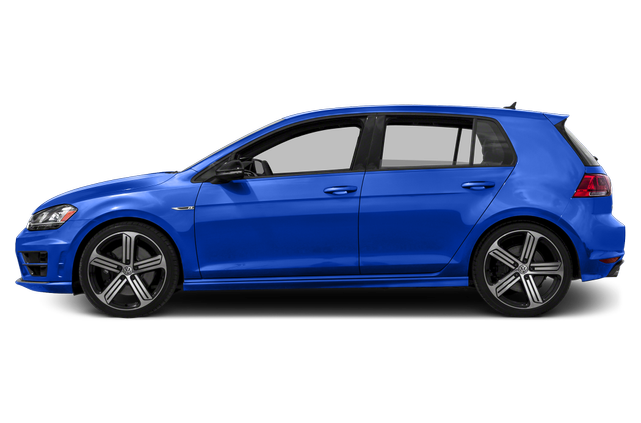 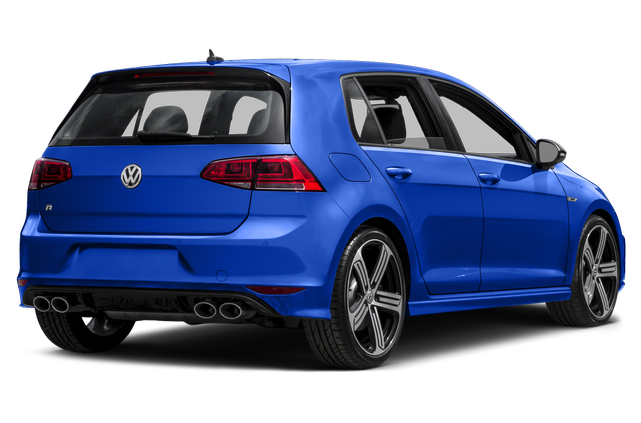 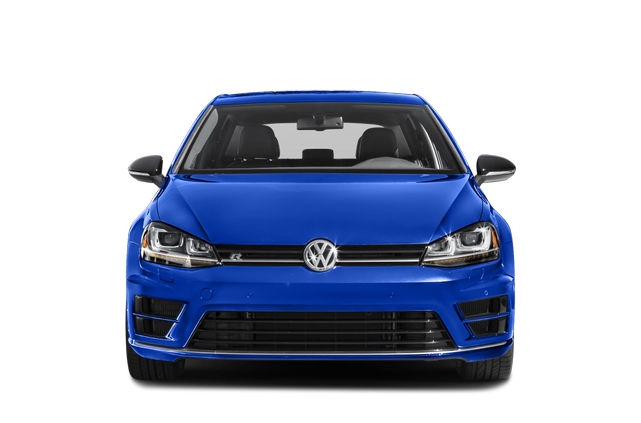 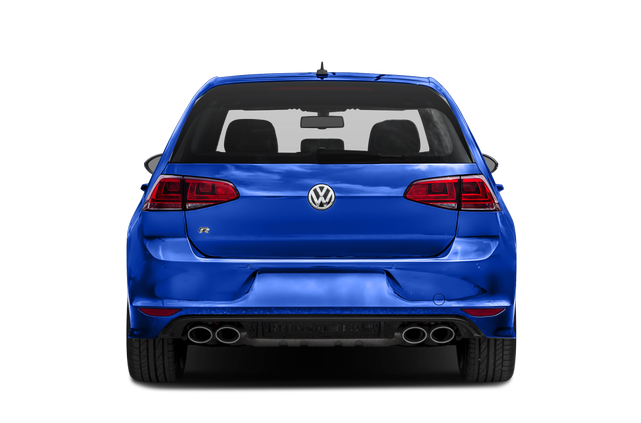 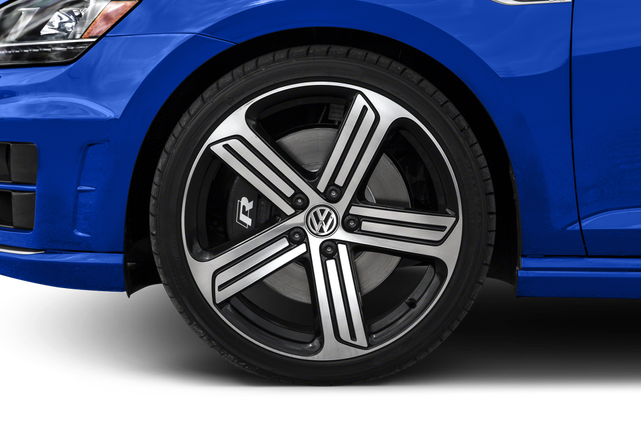 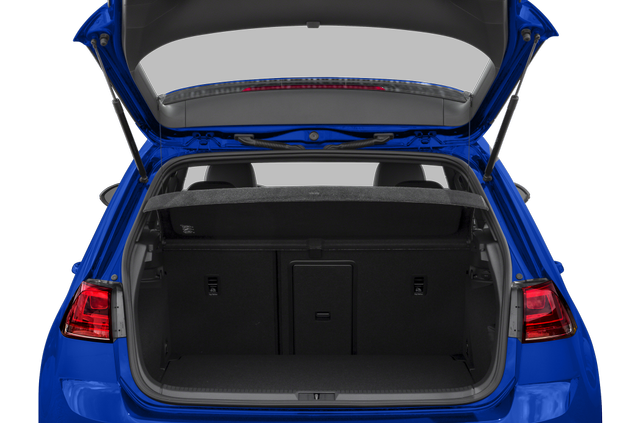 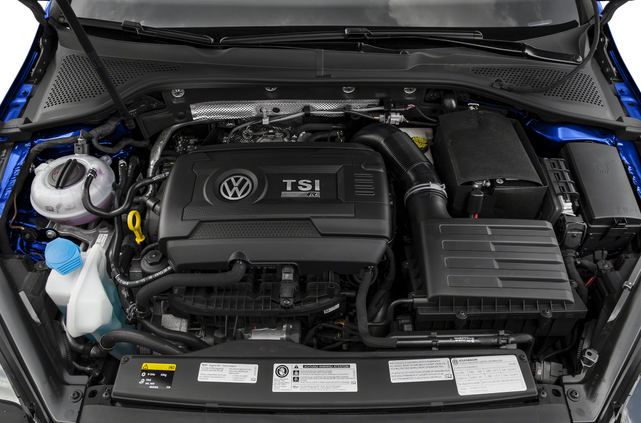 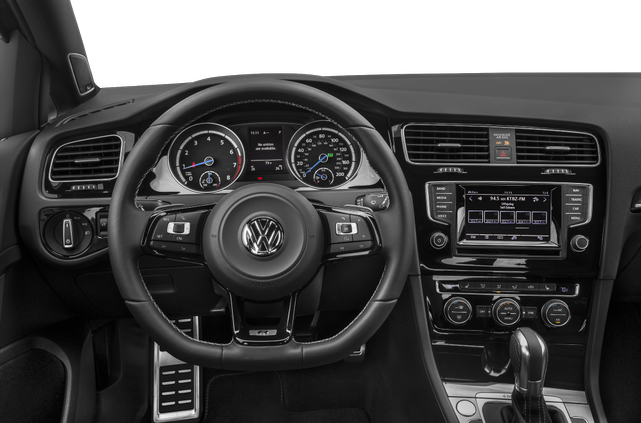 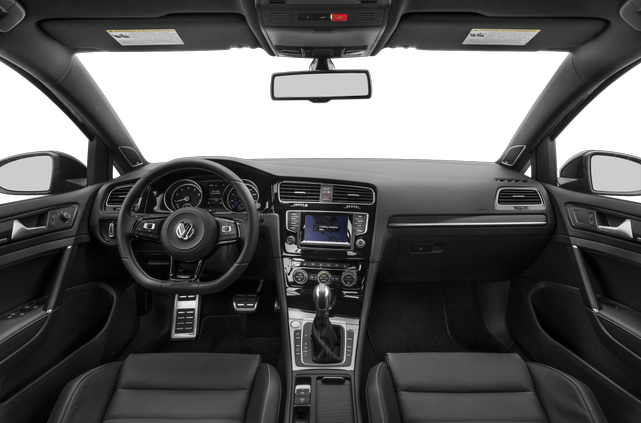 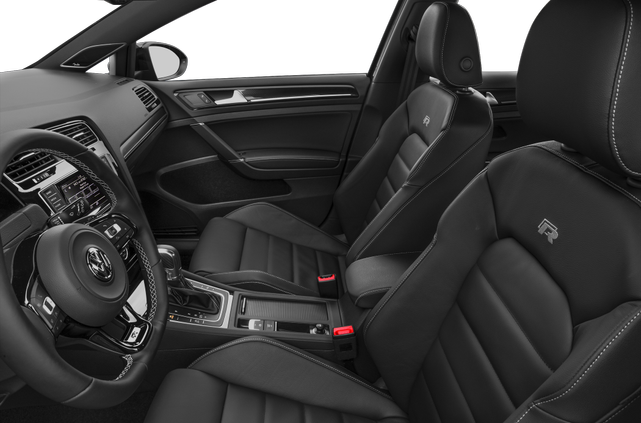 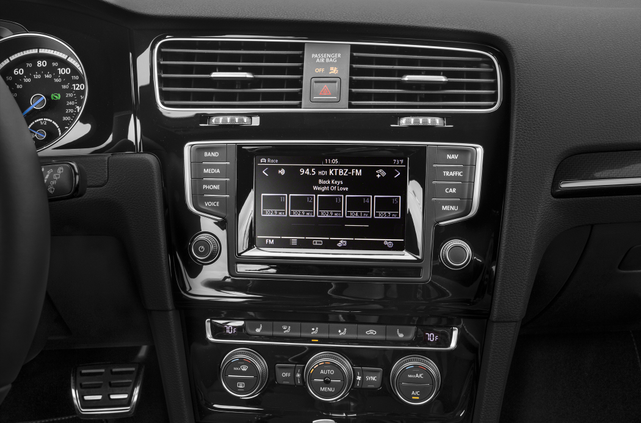 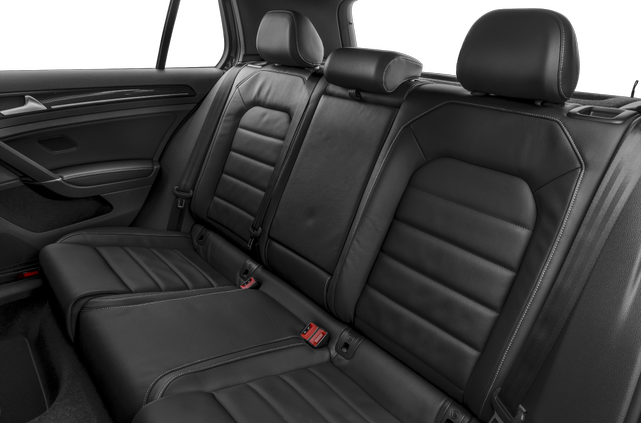 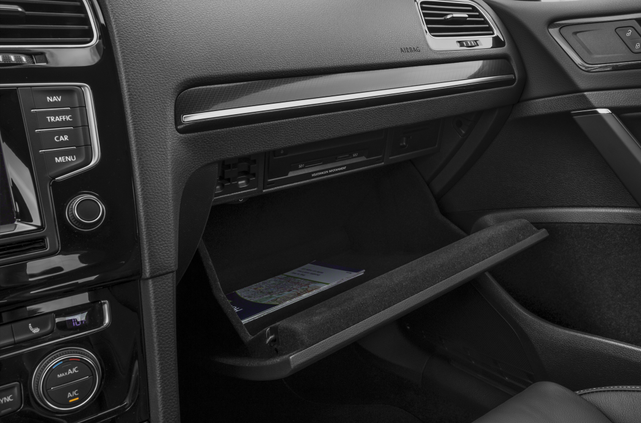 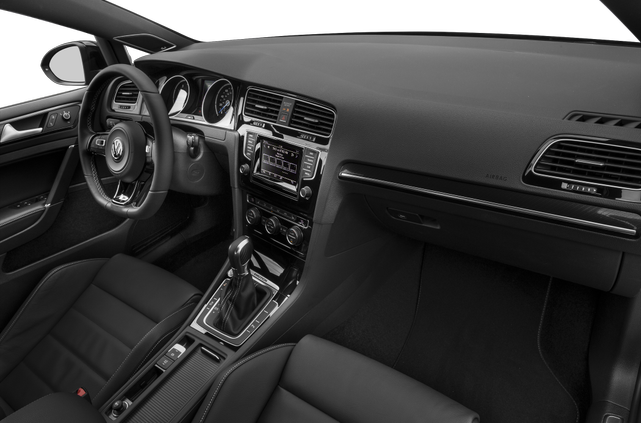 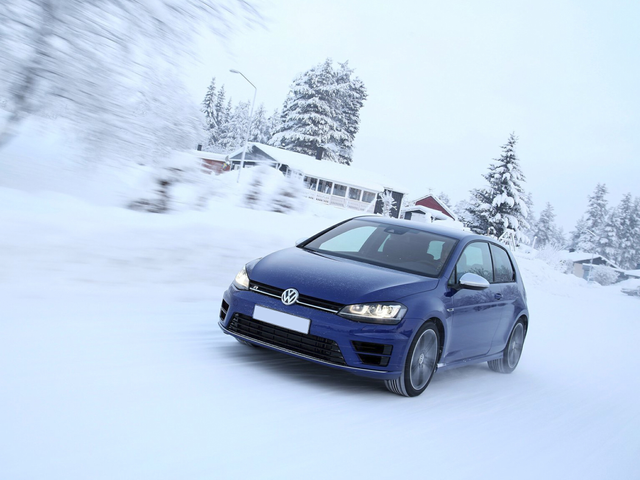 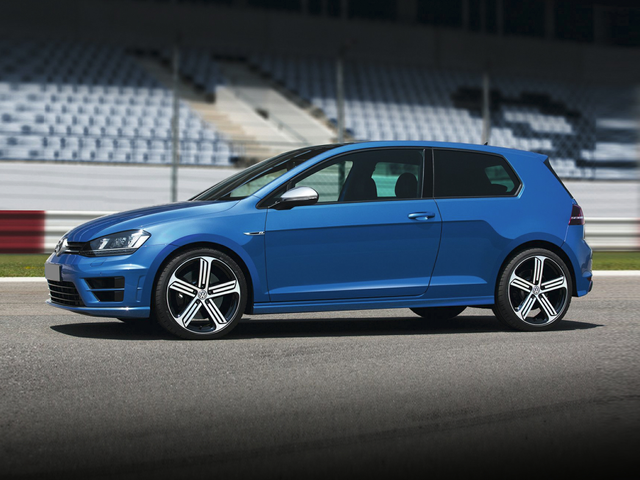 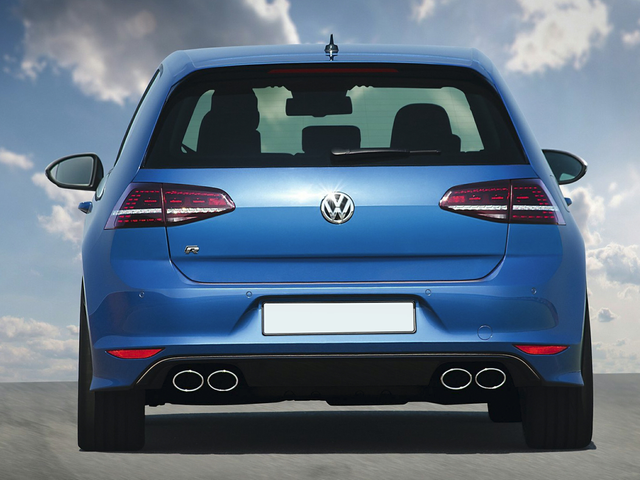 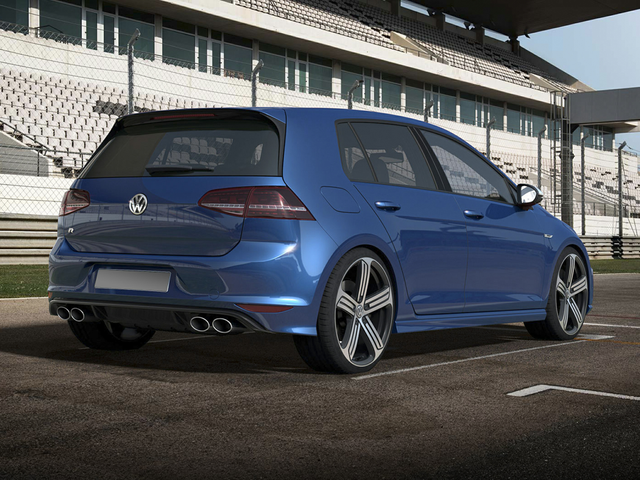 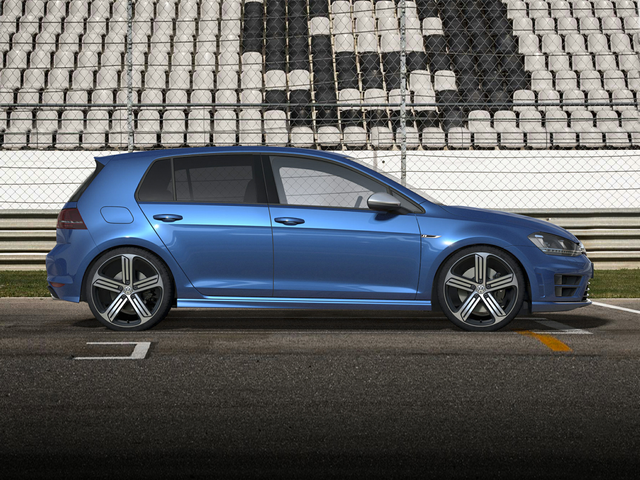 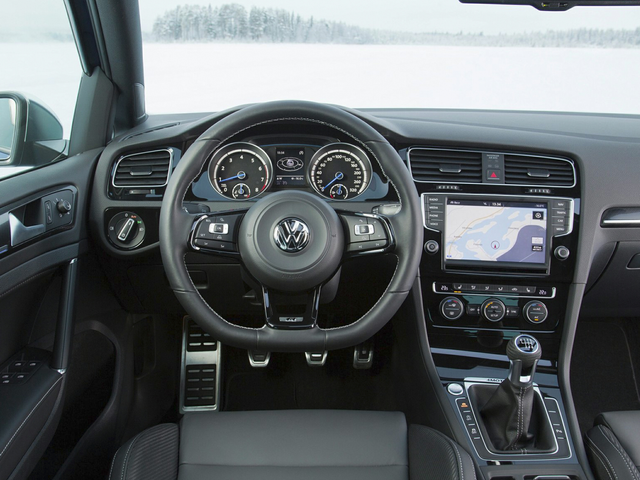 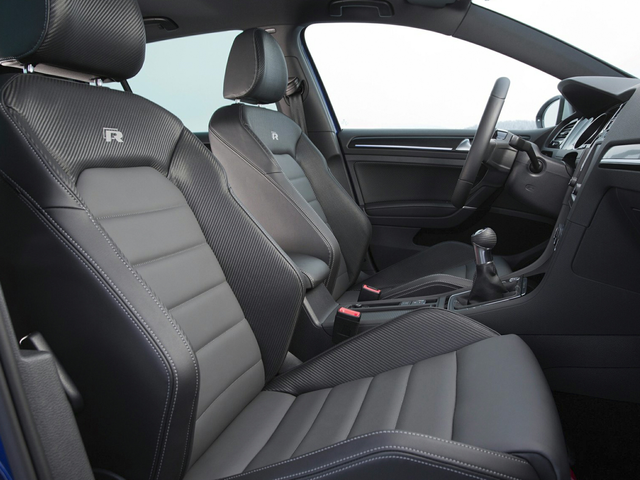