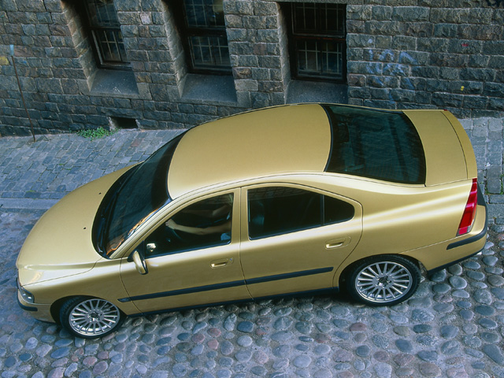 Our 2002 Volvo S60 trim comparison will help you decide.

Here in what we call the Midwest, Left Coasters call Back East, and Easterners call Indian Country, we spent all summer hoping and praying for rain, but neither our optimism nor our pleas for intercession were heeded.

It was a near-disaster for farmers, as I frequently reminded myself when I lamented the lack of precipitation’s impact on my requirements as an auto tester. If I managed the weather, there would be at least one day a week with steady, sometimes torrential rain, the better to judge vehicles’ tap-dancing prowess. Ah, well, absent the cloud droppings, one does the best one can, substituting more vigorous driving for the loss of friction nature sometimes provides.

The week I tested today’s car was typically hot and dry. Pity, since the victim in question was a newly all-wheel-drive sedan from Volvo. The S60 was introduced as a front-driver a year earlier, and picked up 150 pounds’ worth of extra drive gear for the 2002 model-year run.

Scandinavians don’t endure winter, they embrace it, with rallies across ice and snow conditions that would have most of us curled by the fireplace. Still, most of the cars they turn into missiles are front-wheel-drive, albeit with special winter tires sometimes carrying spikes. So they’ve been a little late arriving at the AWD party, but the mechanism used in the S60, very similar to the one we’ve seen in their Cross Country crossover vehicle, is as sophisticated as they come.

Not many folks in the U.S. bother with getting special snow tires, because the standard run of all-seasons are pretty good. But having the edge of AWD is quite appealing in freezing zones. Volvo calls its system Active-on-Demand.

Under normal conditions, the S60 AWD acts and feels like a front-drive car. But if the front wheels start to slip, power can be allocated to the rear axle in an infinitely-variable ratio via a wet-plate clutch (on the rear axle). All this overseen, of course, by a team of sensors and microcomputers. Driver merely reaps the benefits, most of the time not even knowing it

Volvo says the clutch can start locking up within 15 degrees’ driveshaft rotation – that’s close enough to instantaneous for me. At the same time, the system is smart enough to recognize that the difference in rotational speed of the front and rear wheels caused by backing into a parallel parking spot doesn’t mean it has to kick in.

I’ve seen this approach before, along with the rival viscous-coupling approach, such as Subaru and Audi use. There, a fluid in a center differential heats up and becomes thicker when front and rear are out of sync. That’s probably not quite so fast as Volvo’s system, but in practical terms, for the kind of winter driving most of us do, the difference wouldn’t be perceptible. The viscous approach seems more elegant and perhaps more durable.

To test Volvo’s system, I found some fields that in the drought had turned rock hard, with a coating of dust that simulated we t pavement. On full-throttle burnouts, the front wheels appeared to kick up a little dust as they spun before the rears started shouldering part of the load, but on the whole, blasting off under such conditions was hardly different from doing the same on dry concrete.

On the stretch of road I normally use for hot-rod tests – good concrete – the S60 easily broke the 8-second barrier, though, like all AWD machines, it didn’t FEEL that fast. The S60 AWD also comes with stability and traction control. With all that going for you, you should make it through anything that’s less than axle height, though there’s no pretense of being an off-roader.

All the motivation comes from a five-cylinder alloy engine that displaces 2.4 liters. It is urged on via a high-pressure turbo. With 20 valves, variably timed, and dual overhead camshafts, it has been biased toward the low rpm range, which is the way to do it for the speed-constrained U.S. market. The engine delivers 197 hp at 6,000 rpm. Torque (210 foot-pounds) peaks at 1,800 rpm and stays there out to 5,000.

Of course recommended petrol is of the 91-octane sort. EPA ratings are 26 mpg highway, 19 city. With quite a bit of cruising as well as some fuel-sucking stunts, I managed 23.3 overall. The result is quick response and a readiness to go at most any speed.

The five-speed “Geartronic” automatic transmission can be shifted manually, or you can just let the little computer demons adapt to your needs and style. It shifted well, but was not among the “smartest” I’ve encountered. Forced downshifts, as from third to second, were often hesitant and rough.

If you need to stop, you can rely on the car’s four-wheel disc brakes with antilock. The pedal feel was excellent, a joy to modulate during tests, and stopping distances were impressively short.

On the passive safety front, the S60 has dual-stage front air bags, of course, plus side and head curtain bags for the front-seat occupants.

The S60 is a distinctive, handsome machine — a sedan that almost tricks the eye into thinking it’s a sportier coupe, and it has just enough curviness to elicit second glances. Inside, it’s more stark than luxurious, but in a purposeful way. Controls are properly sized and well-situated. The optional leather seating was pleasing to the senses both tactile and olfactory. The gauges were dazzling — in the good sense. Electroluminescent, they could be easily seen regardless of ambient conditions. The stereo was excellent, with impressive clarity and good tuner sensitivity. It’s an AM-FM-CD-cassette unit with six speakers. Basic controls, illuminated, are placed on the steering wheel hub. The rear compartment is about what one would expect in a midsize car – not the place for excursions, but fine for urban jaunts.

With anti-roll bars front and rear, the S60 cornered quite flat. Ride quality overall was quite good, just right for a low-luxury sport sedan, with a feel for what’s important and filtration of annoyances like expansion joints. Given the S60’s rather tidy wheelbase, I was surprised that its turning circle is nearly 39 feet, a number that’s important when trying to slip into narrow slots at the mall. The National Highway Traffic Safety Administration crash testers gave the S60 a four-star rating for occupant protection in frontal impacts, five stars for side impacts. Five is the top mark on their scale.

In the tougher 40-mph frontal offset crash engineered by the Insurance Institute for Highway Safety (IIHS), the S60 garnered a rating of Good, their top designation. They had reservations about the leg-protection component, rating it Acceptable. On IIHS’s tests of bumper fragility, the S60 sustained an average of $909 damage when hitting things at 5 mph. That’s about mid-pack for their class of medium luxury sedans.

Going the extra mile for environme ntal protection, Volvo has coated the S60’s radiator with a catalytic agent that turns ozone (O3) into oxygen (O2). The S60 is assembled in Ghent, Belgium, with careful attention to details of fit and finish.

The tester had a few extras: metallic paint, $400; leather seating, $1,300; an air-quality sensor (this turns off outside air when it detects excessive levels of pollution), $125. Total suggested price thus became, with freight, $35,825. Edmund.com suggests the average buyer is getting about $1,400 off – maybe more, now that 2003s are arriving. At full retail, payments would be $726, assuming 20 percent down, 10 percent interest and 48 payments.

August 5, 2022
By Jessy Danielle from Medford, OR
Owns this car

I bought the 2.4T Automatic and even with HIGH mileage this car has been reliable and never once let me down. It has a few little quirks but its a 20 year old car. Its nice to look at, the seats have many adjustable settings and its comfortable inside, it drives smooth and if taken care of will last a long time.

Horrible Car To Own

September 28, 2020
By Soccer Mom from Allentown, PA
Owns this car

Comfortable car, horribly expensive to maintain. The electronics in this car are way to complex, have issues frequently, and for the most part can only be repaired by dealer.

Rating breakdown (out of 5):
9 people out of 12 found this review helpful. Did you?
Show full review
4.7

Tank for a Car

THis car has never let me down with proper maintenance. Great for winter, never got stuck on the snow while SUV I saw passing by were stuck. Great engines that last forever.

Rating breakdown (out of 5):
6 people out of 6 found this review helpful. Did you?
Show full review
See all 18 consumer reviews 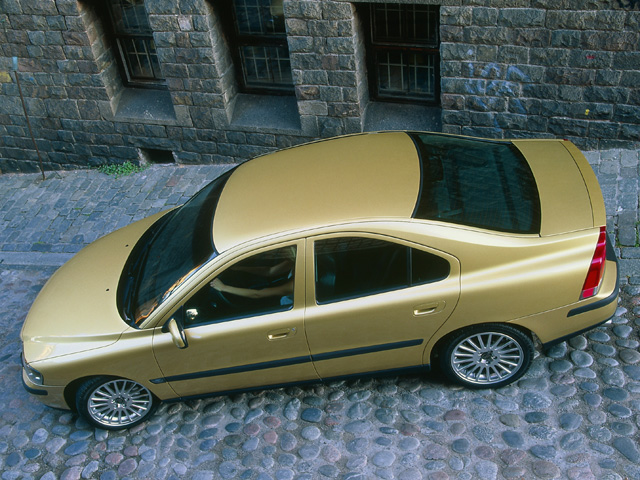 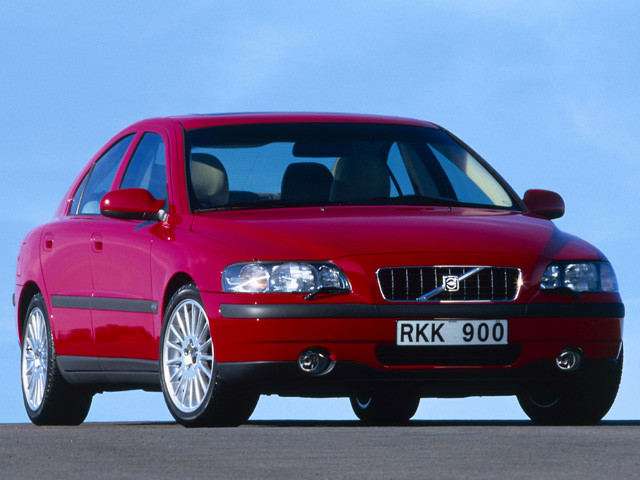 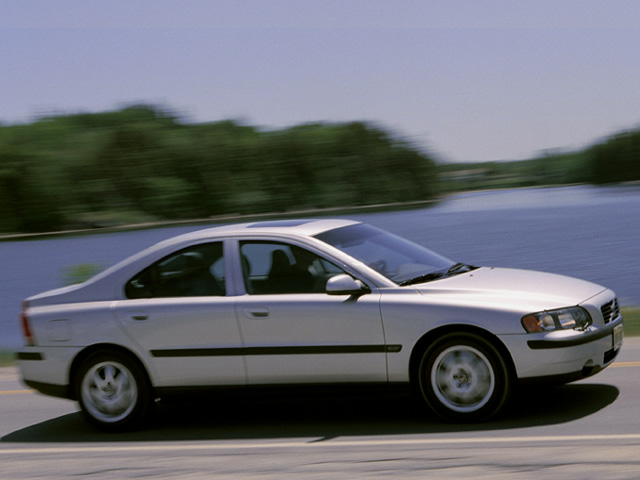 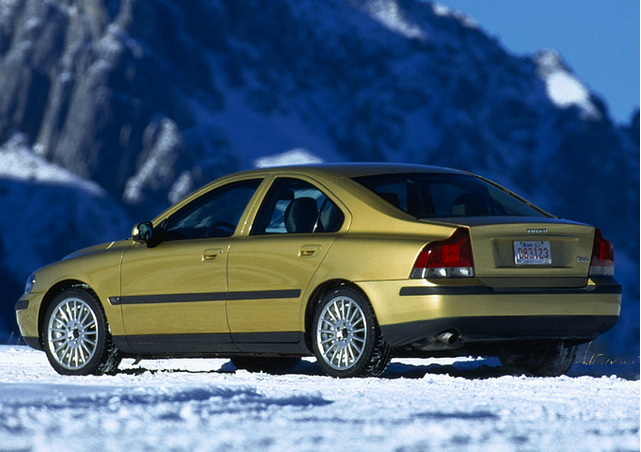 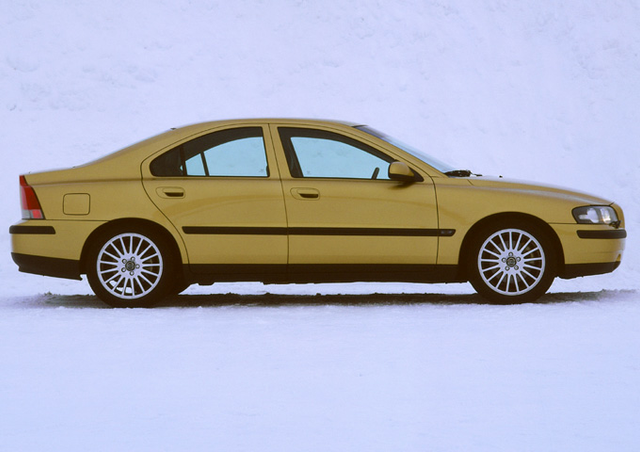 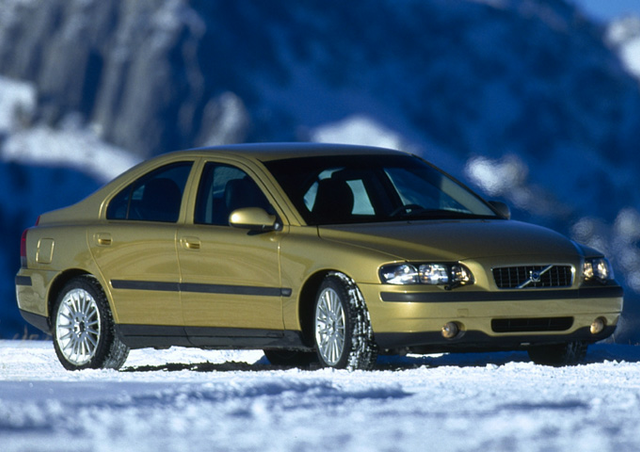