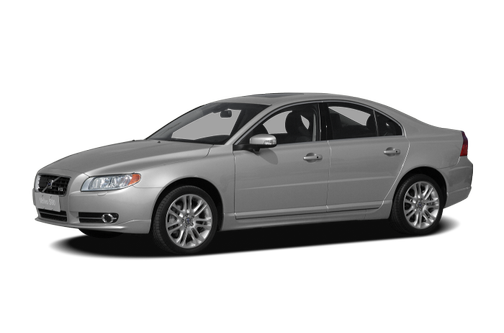 Our 2009 Volvo S80 trim comparison will help you decide.

Editor’s note: This review was written in August 2007 about the 2008 Volvo S80. Little of substance has changed with this year’s model. To see what’s new for 2009, click here, or check out a side-by-side comparison of the two model years.

The Volvo S80 was significantly redesigned for 2007, so it had been on the market only six months when the 2008 model arrived. The only significant change is a new engine option: a smooth and powerful turbocharged six-cylinder producing 281 horsepower.

I tested the new engine in a model with very few options and walked away convinced that the T6 trim on which it’s found — which starts at $42,045 — is the best buy of the lineup, providing as many or more driving thrills than the more-expensive V-8. I reviewed the 2007 model earlier this year, and since then nothing has changed my opinion that this is the best Volvo to date. The new turbo engine only adds to the S80’s impressive value statement in its class.

The Looks
The improvements over the previous generation are of course most noticeable by simply looking at the S80. I wouldn’t call it striking, but it is handsome — bordering on the masculine, yet still able to appeal to the most feminine of moms.

The Moves
While the interior is the S80’s standout area, the driver’s digs were never the old model’s main fault — a lackluster driving experience was. The S80’s optional V-8 engine adds some excitement, making 311 hp and 325 pounds-feet of torque. That power comes early when the gas pedal gets pushed, and it even makes a healthy little growl. That’s not very Volvo at all, and will probably be what car shoppers notice most about this model’s performance. The S80 comes standard with an inline-six-cylinder that makes an incredibly less-sexy-sounding 235 hp and 236 pounds-feet of torque. I won’t say that the price bump of nearly $11,000 to move from the front-wheel-drive inline-six to the all-wheel-drive V-8 is insignificant, but even with a starting price of $49,210, the V-8 sounds like a value.

That’s why it’s a happy surprise that Volvo would roll out a third engine choice for its new flagship sedan; what’s even more surprising is the turbo’s exciting driving feel. While the V-8 has some grunt off the line, the T6 delivers smooth power, especially at highway passing speeds. Steering is just as smooth. It’s not as pinpoint precise as a BMW’s, but Volvo drivers aren’t looking for the ultimate driving machine, they want a safe car that can pass on demand and has a comfortable ride. The S80 delivers an almost perfect blend of comfort and performance.

It may seem strange, but from a driving-thrills standpoint, there’s no reason for anyone to move up to the V-8. Not only is the T6 $7,000 less than the V-8, it’s just a better driving car.

Like most Volvos, the S80’s steering is still floaty compared to almost every other luxury car on the market, and even with all-wheel drive this thing doesn’t take tightly curved off-ramps like a sports sedan.

In the pothole-heaven known as Chicago, an adaptive suspension like the one offered on the 2007 V-8 I tested in March sounds like a great idea. It’s part of a $2,495 sport package that also includes speed-sensitive steering, 18-inch wheels, xenon headlights and ventilated front seats. What did the adaptive suspension do? In theory, each of the three settings — Comfort, Sport and Advanced — are supposed to adjust the suspension to deliver a different driving feel depending on the driving surface and situation.

Volvo could’ve fooled me. Neither the Sport nor the Advanced setting did much to change my opinion of the car’s virtue as a performer. After playing around with the settings for the better part of two days, I resigned myself to Comfort because that’s what the car delivered best. I certainly didn’t miss the system when I drove a 2008 version that didn’t come with it equipped. I can now definitively say it is unnecessary.

Safety Features
The S80 excels at safety. Before the little bubble above your head fills with the word “Duh,” let me add that this Volvo has some breakthrough safety gizmos we hadn’t seen until very recently. The new S80 also earned the Insurance Institute for Highway Safety’s Top Safety Pick, meaning it scored the highest possible rating in front, side and rear crash tests. No other luxury cars in the segment managed that feat.

Optional safety gadgets include cameras mounted to each side mirror that tell the car’s computer when a car is in your blind spot. When a car is in that spot, a dull orange light (so as to not overly distract you) illuminates in the bottom corner of the window, on whichever side the intruding car is on. The nice thing is you can turn this feature off if it starts to annoy you. I found the system so unobtrusive that I left it on all the time, and I don’t generally like nanny-ing devices. I was also impressed that the system seemed to know when a semi was next to you and didn’t illuminate when its trailer extended into your blind spot. This option costs $695.

I was stuck in traffic while driving home from the office one stormy night — by the way, if someone can tell me why people freak out when it rains, let me know — and there were a number of cars trying to merge into four lanes of traffic. One driver cut off the Mercedes-Benz in front of me, causing its driver to brake suddenly. The Volvo’s lights went red, flashed, and I slammed on the brakes. The system actually assisted me by preparing the brakes to be more effective for my reactionary — and more aggressive — stomp on the pedal. I guess that’s the reason Volvo doesn’t want you trying to fool the system. This feature comes packaged with adaptive cruise control at a hefty $1,495 option price, and I’m still unsure whether I’d add it if given the choice. Of course, it probably costs more than that to repair a bumper, so the collision system may be worth the investment.

The optional all-wheel drive and standard stability system are useful when driving in inclement weather, and there are an abundance of airbags and reinforced doors to protect you in case anything does go wrong. They all obviously do their jobs just fine to garner that top safety rating.

S80 in the Market
The market for a large luxury sedan from Volvo has always been hampered by the fact that the people car buyers want to protect most are their family, and families often opt for wagons and SUVs. That’s why Volvo also launched redesigned, S80-based V70 and XC70 wagons this year. The sedan is usually the executive car, and until now there’s been no overwhelming reason for today’s choosy executive to even consider the S80.

Now, the sedan buyer who wants high-minded interior design and extreme safety over performance can look at the new S80 as a sensible alternative. The 2007 S80 V-8 I tested had a price of $56,025, with so many bells and whistles in addition to its V-8 engine that it’s a darn good buy; its BMW and Mercedes counterparts are more expensive even when equipped with six-cylinder engines. Now, with the addition of the T6 trim, I’ll unequivocally recommend that version for $42,045. My test vehicle didn’t have any extra add-ons, and it never felt under-equipped. With that version, buyers will still have a good $10,000 more in their pockets than their neighbors in a 5 Series or E-Class. There are still Volvo’s low reliability scores to worry about, and with this much technology crammed into a car there’s even more that could go wrong. Yet the fact remains that after testing multiple versions of the S80 over the past year, I’m convinced that Volvo knows how to make cars that are more than just safe. 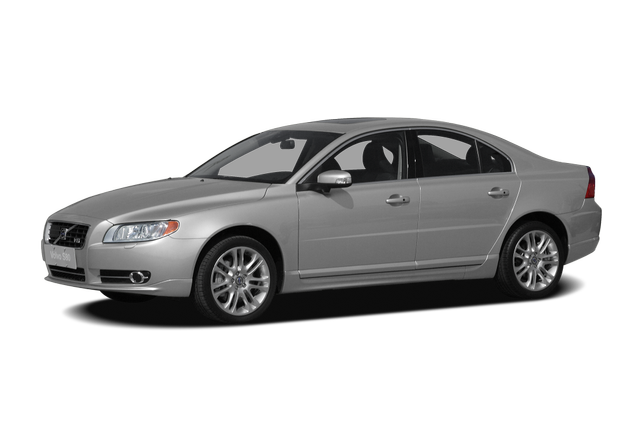 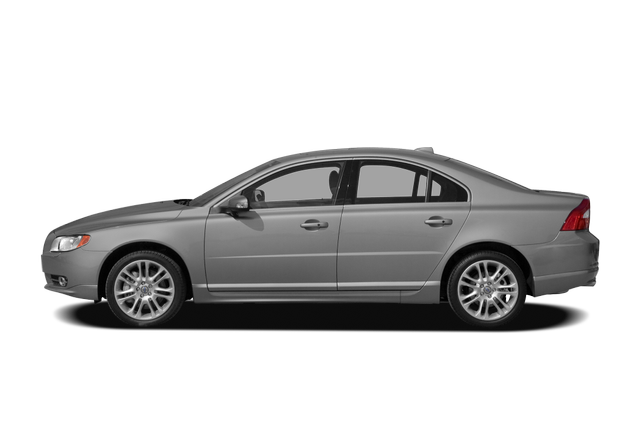 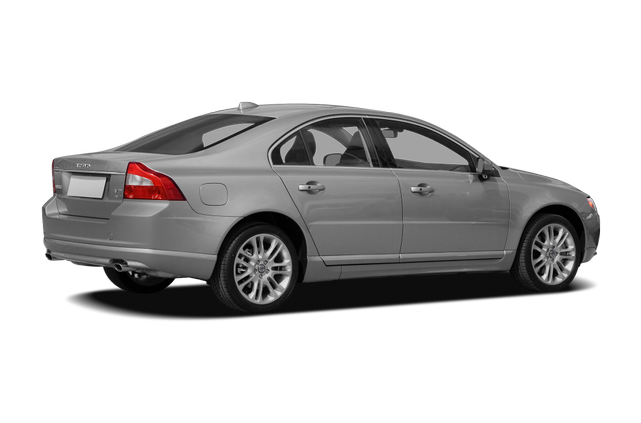 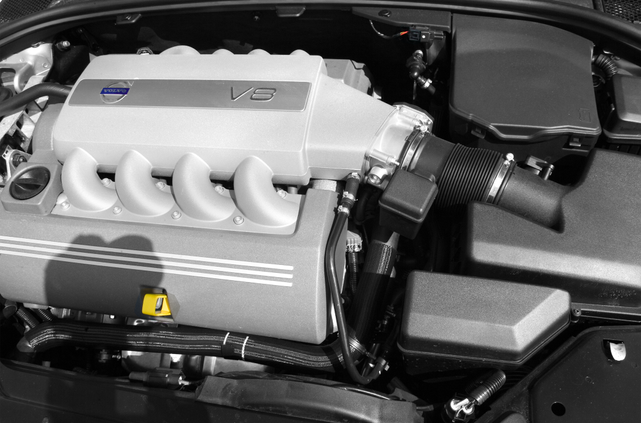 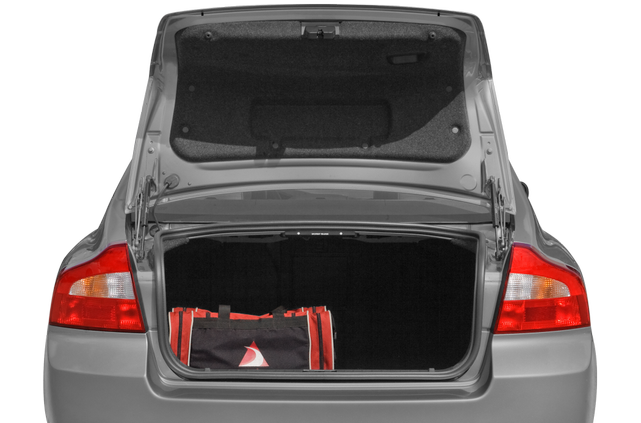 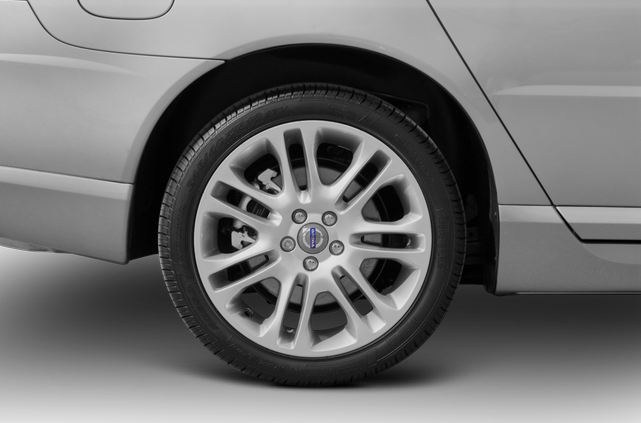 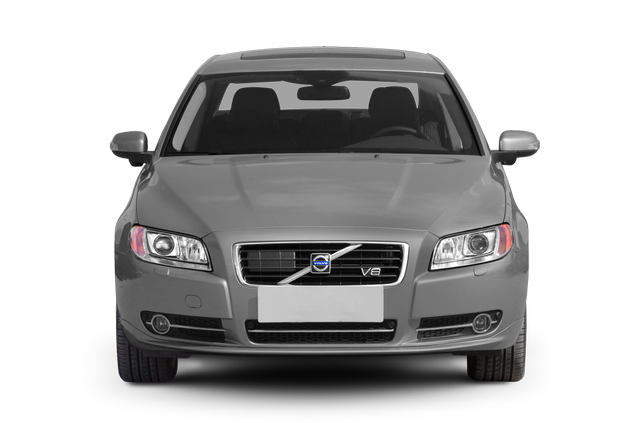 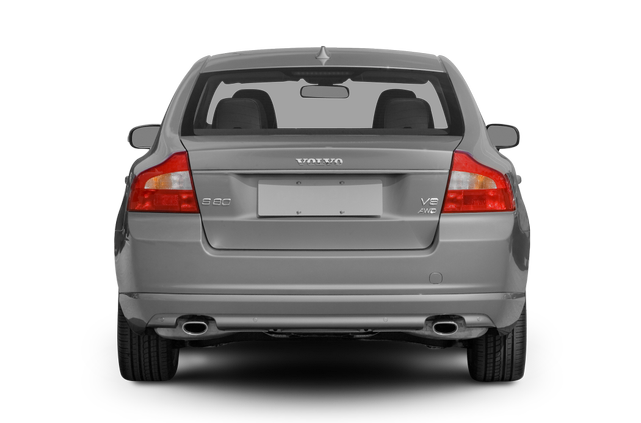 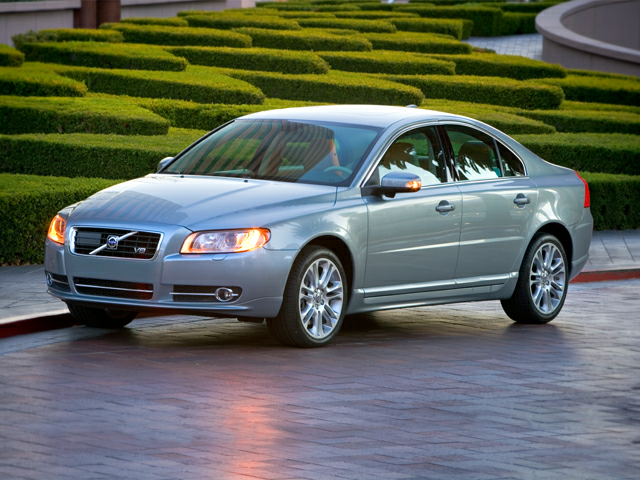 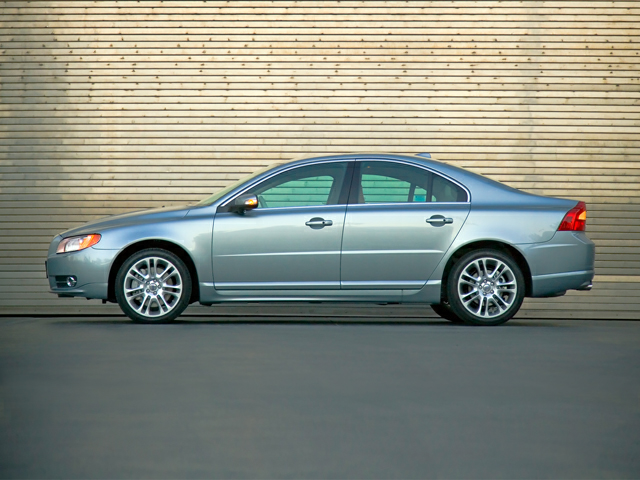 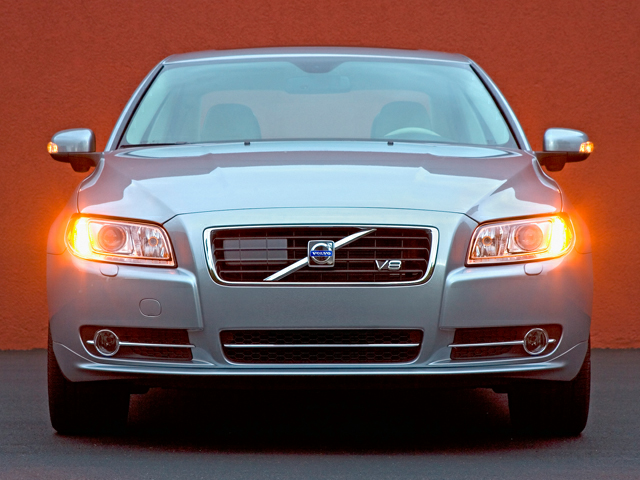 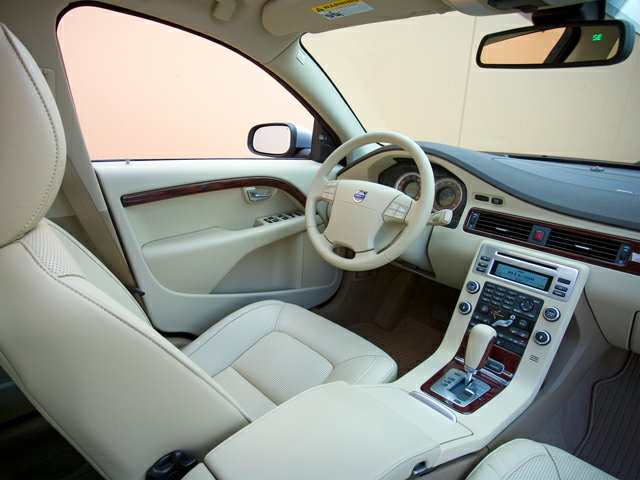 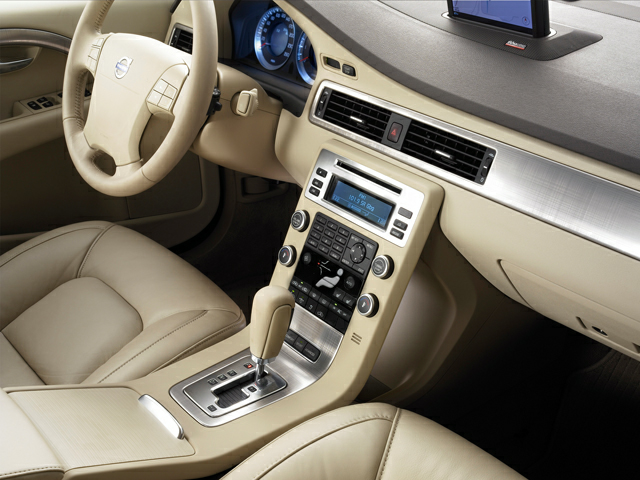 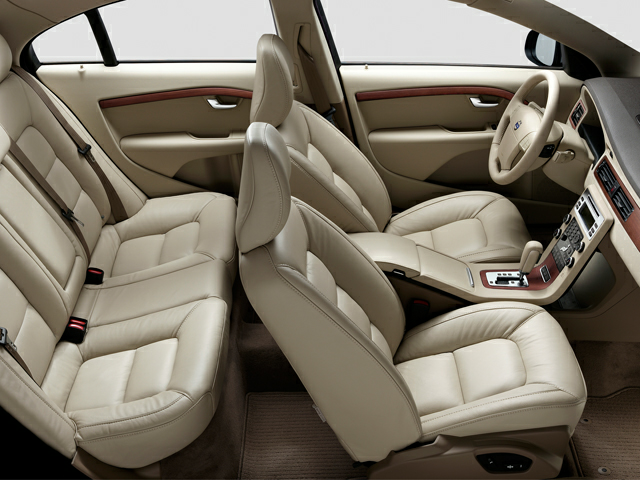 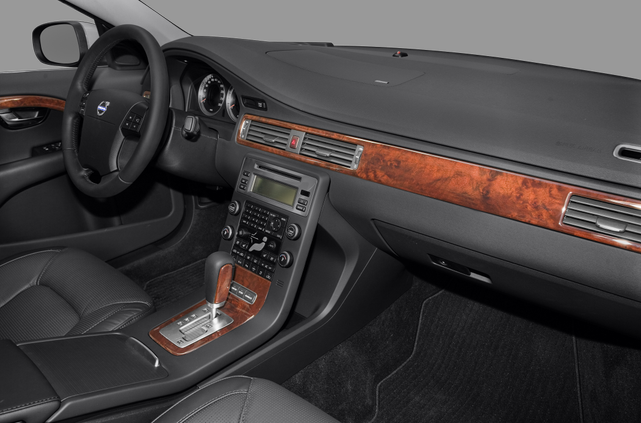 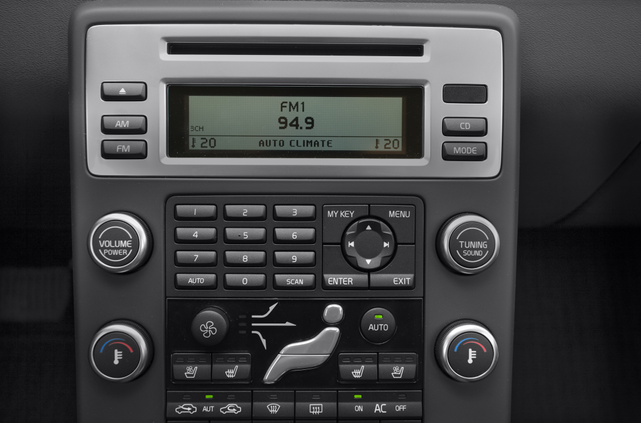 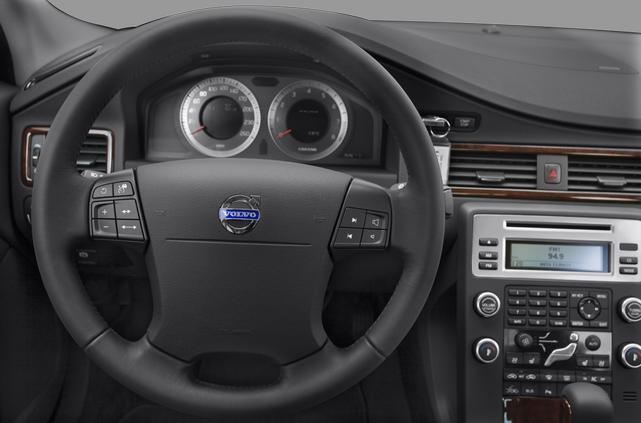 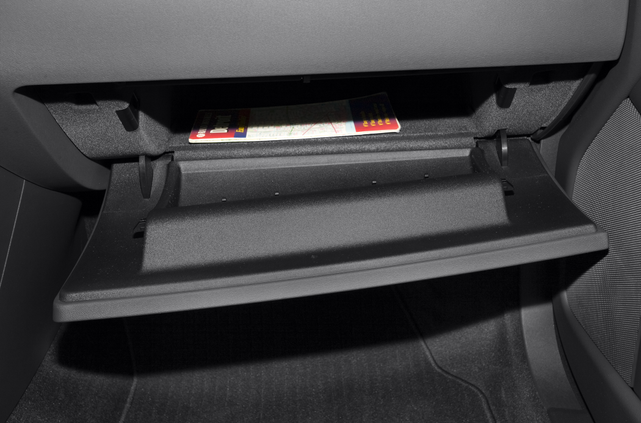 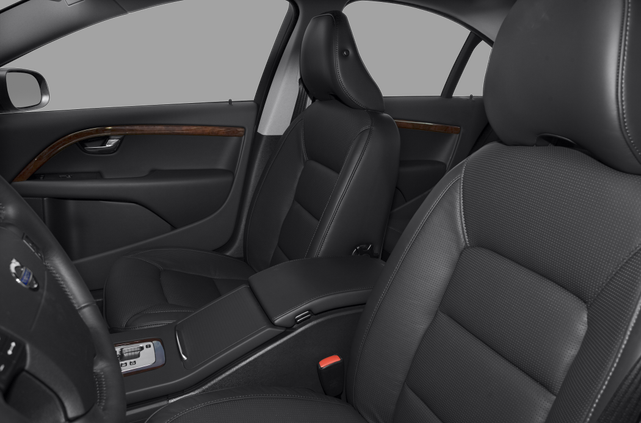 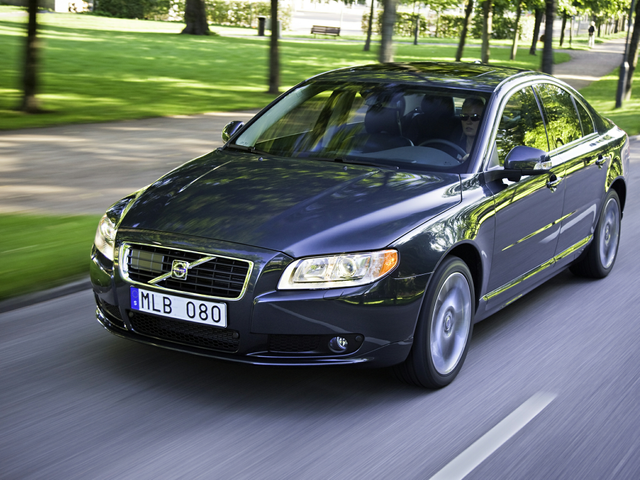 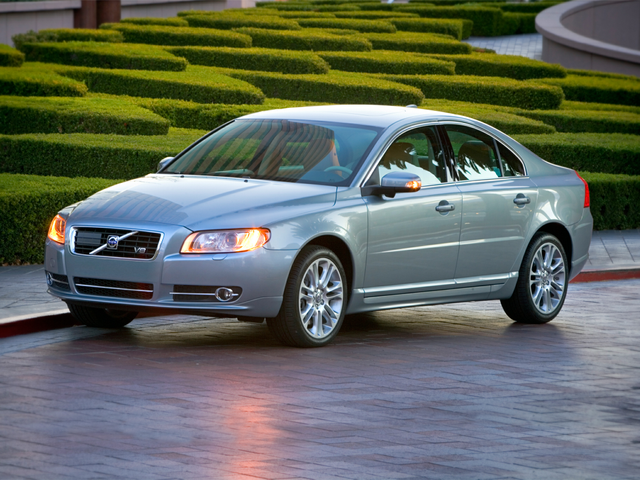 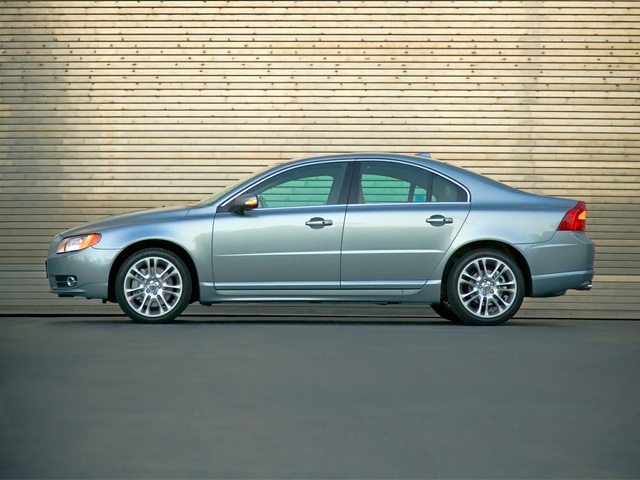 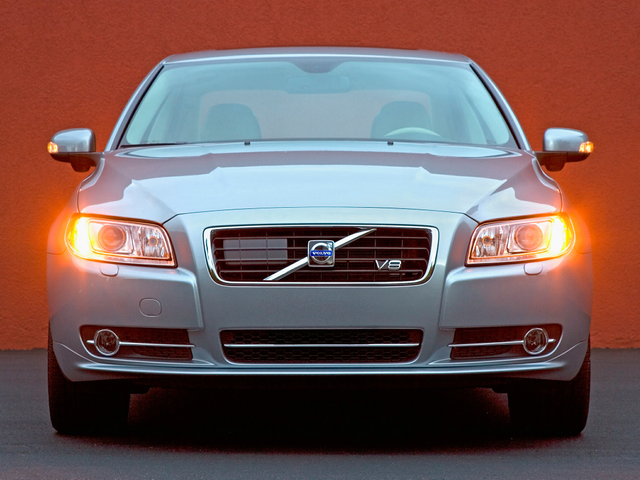 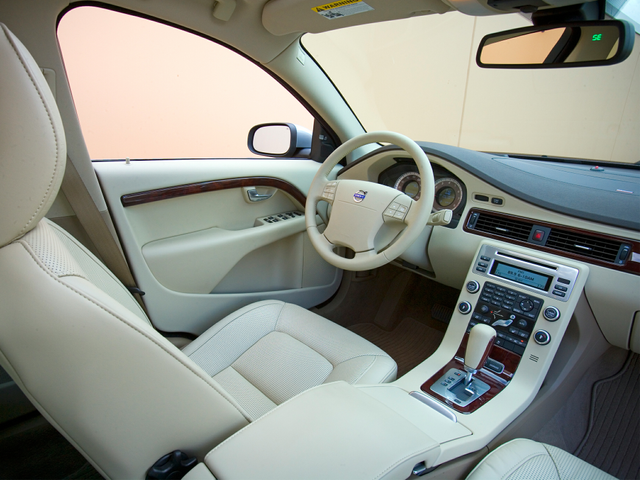 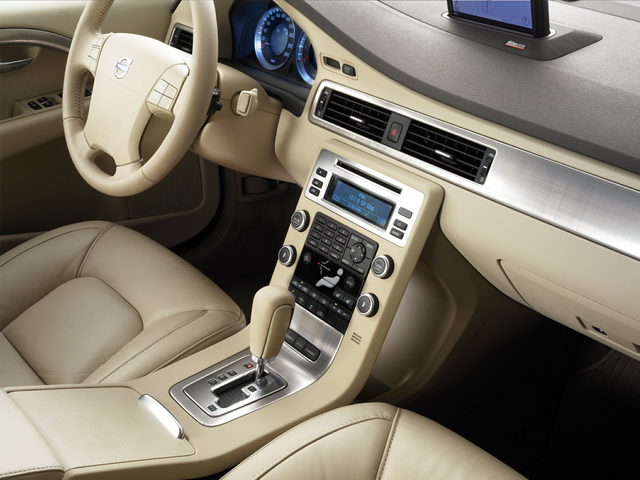 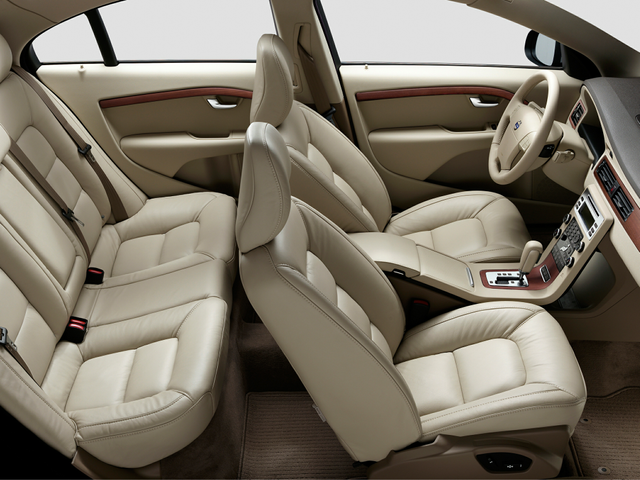