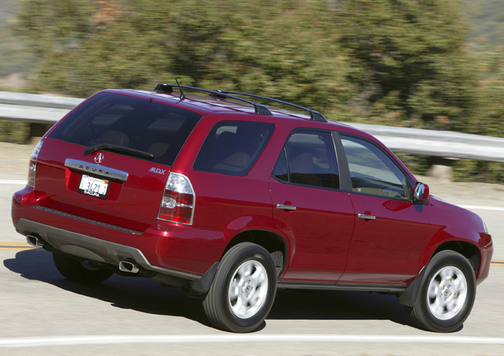 Our 2004 Acura MDX trim comparison will help you decide.

Vehicle Overview
Acura introduced its MDX as a 2001 model, and the midsize sport utility vehicle from Hondas luxury division began to tally impressive sales totals. Shoppers even faced waiting lists for the car-based seven-passenger MDX, which is loaded with luxury features. Built on the platform used for the Honda Odyssey minivan, the MDX borrows some components such as the V-6 engine from that model. Manufactured in Ontario, Canada, the MDX competes against such rivals as the BMW X5, Lexus RX 330 and Mercedes-Benz M-Class.

Early in the 2003 model year, the MDX earned a 20-horsepower boost, which increased its power to 260 hp. Acuras Vehicle Stability Assist electronic stability system and a drive-by-wire throttle were added. The optional navigation system gained voice recognition, and a rearview camera for parking assistance became available.

The MDXs engine output has risen to 265 hp for 2004. Other enhancements include a redesigned front fascia, protector-type headlights, an integrated chin spoiler, dual exhaust, a rear wing spoiler and acoustic windshield glass.

Exterior
Styled in California, the MDX features sloping rear roof pillars like those on the RX 330 and other newcomers. According to Acura, its SUV strikes a balance between muscularity and elegance, starting with a sharply chiseled front fascia and a wide stance. Bold creases highlight the hood and bodysides. The grille is similar to the one used on Acuras sedans. Alloy wheels hold 17-inch tires, and the SUV is equipped with a four-wheel-independent suspension. Riding a 106.3-inch wheelbase, the MDX measures 188.5 inches long overall and 68.7 inches tall.

Under the Hood
A 265-hp, 3.5-liter V-6 engine teams with a five-speed-automatic transmission. A VTM-4 variable-torque management all-wheel-drive system powers the front wheels on smooth, dry roads. On slippery surfaces, it automatically transfers power to the rear wheels as needed to maintain traction. The driver can lock the VTM-4 system with a dashboard button so it will deliver maximum traction.

Driving Impressions
Acceleration in the MDX is energetic, if a tad sluggish at first. It handles with a somewhat tight feel and comes across more like a performance model than a gentle highway cruiser  especially in versions equipped with the Touring Package. Its steering is extra sharp, which makes it easy to keep the vehicle on course. The MDX grips tenaciously in curves.

Because the suspension is quite firm, the ride is close to luxurious on smooth pavement but less genteel when the surface becomes even moderately rough. The seats are exceptionally supportive, and occupants have plenty of space. Except for a hearty roar during acceleration, the MDX operates quietly.

VERY RELIABLE AND GREAT CAR FOR THE MONEY.

BOUGHT CAR IN 2004 AND JUST SOLD WITH 184,000 RELIABLE MILES FOR A 17 YEAR OLD VEHICLE. GOT A GOOD USED CAR PRICE AND WAS IN GREAT SHAPE EXCEPT FOR SOME SMALL GLITCHES IN NAVIGATION SCREEN. PROBABLY SOME FUSES WOULD HELP THINGS.

Really liked it, especially the GPS!!

I really liked all the room it had for transporting things when the third row was down. Have used it like that numerous times. With the third seat up I was able to take six friends to the baseball game.

Best cat I have ever owned

November 25, 2019
By Myrbailey from Tallahassee, Florida
Owns this car

I bought this 2004 Acura MDX new and now have 157000 miles on it and it is still excellent. I always take to dealer for routine maintenance And it has paid off. My car drives great, is extremely reliable and I love it. Hope to keep it way past 300000!!!! Recommend it highly. 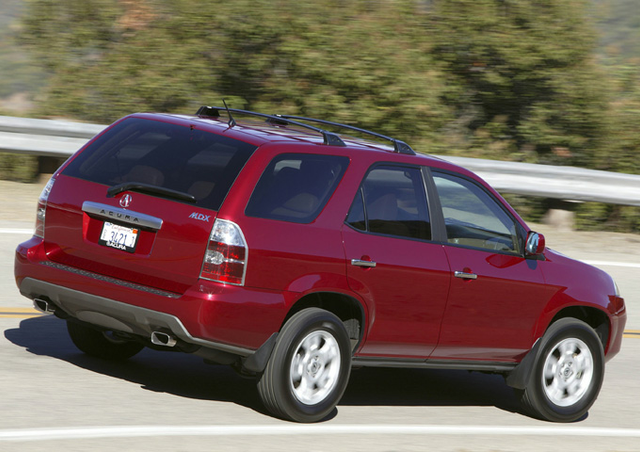 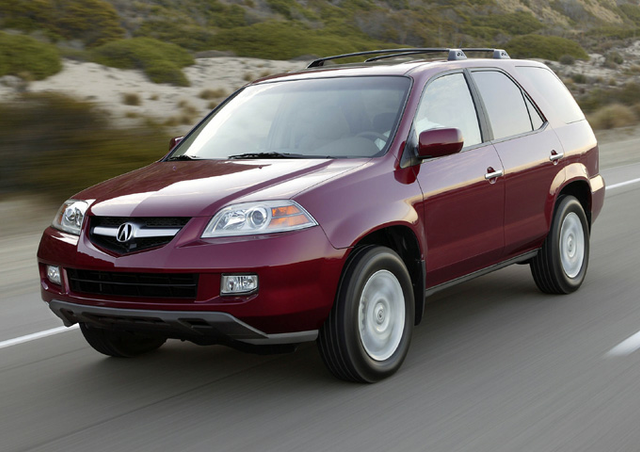 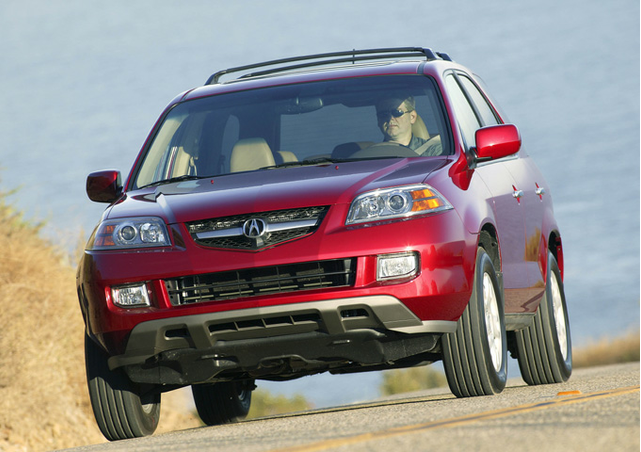 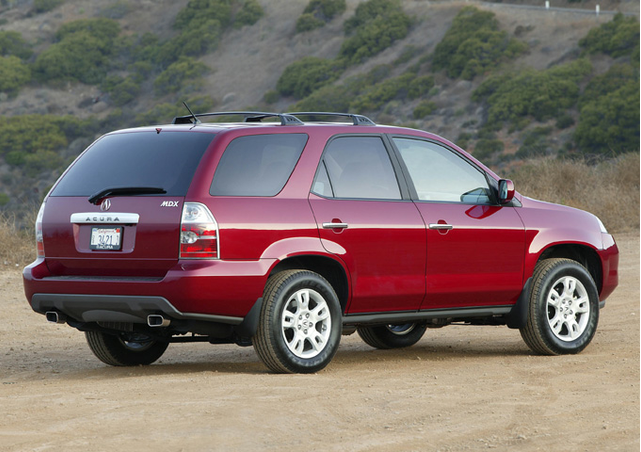 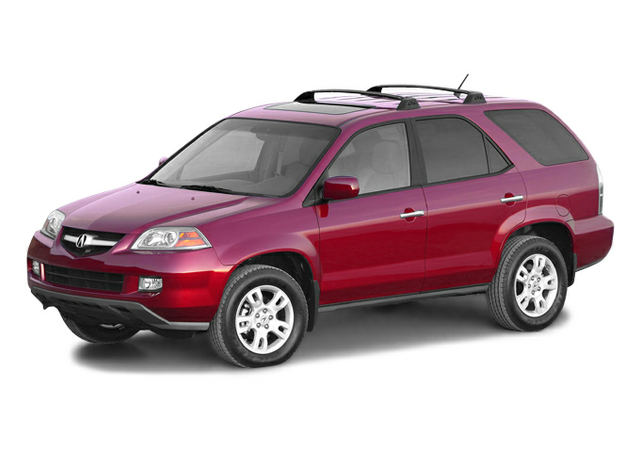 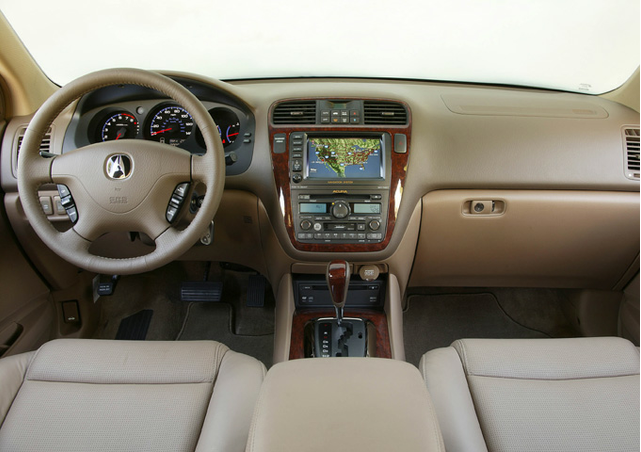 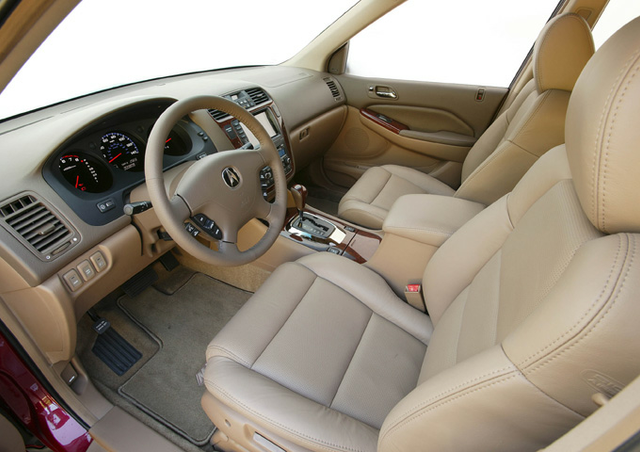