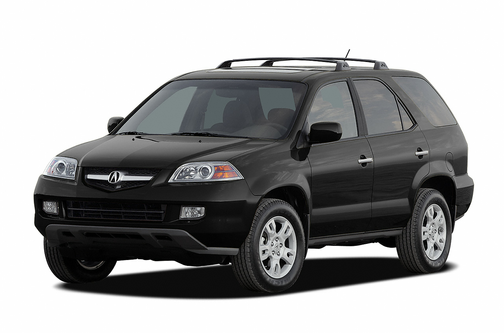 Our 2006 Acura MDX trim comparison will help you decide.

Acura’s premium sport utility, the MDX, continues for 2006 with few changes from last year, but still ranks as one of the best vehicles in its class.

And that’s rather remarkable, considering that the MDX has endured in a competitive marketplace since its 2001 model-year introduction with just minor upgrades along the way.

That’s a strong testament to the original design and engineering of this vehicle, which essentially is an upscale version of the Honda Pilot (although the MDX came first, a year earlier than the Pilot). Acura is Honda’s premium brand.

Minor changes for 2006 include ebony-colored Zebra wood garnish for the center console and door switches, and what Acura calls “refined satin chrome accents,” on the models that have the “touring package.”

Besides those new trim features, the touring package — included on our test model — adds a roof rack, rain-sensing windshield wipers, exclusive alloy wheels, upgraded sound system, two-position memory for the driver’s seat and outside mirrors, and an eight-way power front passenger seat. The wipers, when put into the intermittent mode, sense when the windshield gets wet, then make a sweep to clear it.. Only once in a while do they fail to detect a rain-dotted screen, forcing the driver to work them manually.

The upgraded audio in the touring model is a 225 watt, eight-speaker Bose system, which includes a six-disc, in-dash CD changer that allows extra discs to be stored without a separate magazine, Acura says.

With the touring package you also get a Bluetooth hands-free cell-phone system, which allows calls to be made using the MDX’s voice-recognition system. There is a button on the steering wheel to connect a Bluetooth-capable phone to the car’s system.

Last year, Acura added XM satellite radio as a standard feature on all MDX models, too, and this is nice to have especially while traveling in areas where local radio coverage is spotty. You can get addicted to satellite radio even driving around home.

Even without the touring package, this vehicle already is very well-equipped.

There are only two other extras offered on the MDX: a factory-installed navigation system with voice command, and a rear-seat DVD entertainment center. Both are available only on vehicles equipped with the touring package.

The navigation system ($2,750) understands 742 voice commands. It comes with a dash-mounted eight-inch display, a DVD-based database with more than seven million points of interest, three-dimensional graphics for freeway interchanges and ramps, turn-by-turn voice guidance and access to the Zagat restaurant guide. Acura says the database includes all United States cities and street names, and all of them are accessible through voice command or the system’s touch screen.

A cool feature included as part of the navigation system is a rear-view TV camera, which displays what lies behind the car on the dashboard screen.

It works only when the transmission is in reverse. This is helpful when backing out of mall and supermarket parking spaces, as you can easily see people, including very little ones, behind you – not to mention other cars.

As a bonus, all MDX models with the navigation system also have OnStar, which connects the vehicle by voice with live operators who can instantly pinpoint the vehicle’s location and give route guidance, as well as call out necessary emergency services, among other things.

The rear-seat entertainment system ($1,500) has a seven-inch LCD screen that folds down from the roof behind the front seats. The player that holds the DVDs is in the dash below the car’s audio system, and the audio from a DVD movie plays over the MDX’s sound system or through the included two sets of wireless headphones.

As with many other features of the MDX, the DVD system can be controlled by voice command. There is also a remote control the kids can use in the back seat.

Acura did a mild restyling of the MDX for 2004, and last year added some important safety features, including improved vehicle stability control and brake assist, which Acura says “helps drivers apply full braking pressure” in extreme maneuvers that might occur while trying to avoid an accident. Originally introduced with a 240-horsepower, 3.5-liter V-6 engine, the power was beefed up to 260 horsepower in 2003, and to 265 horsepower last year.

So why does the 2006 model come with just 253 horsepower? Relax – it’s not a drop in power from last year. Instead, the way horsepower is computed was revamped by the Society of Automotive Engineers for model year 2006, and as a result, most automakers are reporting slightly different figures this year for engines that carried over from last year.

I can tell you that nothing has changed in this excellent engine, which, connected to a five-speed automatic transmission, offers smooth and responsive acceleration for easy passing and freeway merges.

There is a standard fulltime all-wheel-drive system on the MDX, which sends most power to the front wheels unless they begin to slip. Then the system sends some power to the rear wheel. This is done automatically, with no driver input.

This system is not designed for serious off-road driving, however. There is no transfer case for low-range gearing. For light off-road use, though, the MDX offers eight inches of ground clearance. As always, the MDX has a comfortable and quiet carlike ride, thanks to its unibody construction and Honda’s careful engineering to reduce unwanted noise, vibration and harshness. Handling, though far from sports-car-like, is quite good for a vehicle that essentially is a minivan underneath.

Both the MDX and the Pilot are family-style sport utilities based on the chassis of the previous-generation Honda Odyssey minivan, which itself was based on the underpinnings of the Honda Accord midsize sedan.

Honda’s new Ridgeline sport utility truck is built on the same architecture. It’s essentially a Pilot with two rows of seating and the roof chopped off of the cargo area to create a small pickup bed.

As with many of the newer midsize SUVs, the MDX comes with a third seat that allows the vehicle to carry up to seven people. The rearmost seat is not intended for adults, though two children can sit there.

With the third seat in place, cargo space is quite limited. But both rear seats can be folded flat into the floor to increase cargo space dramatically.

The MDX has been given the highest possible safety ratings in frontal crash tests conducted by the National Highway Traffic Safety Administration. It scored five stars for both driver- and front-passenger safety. The MDX already had been given a five-star rating in the agency’s side-impact tests. Among safety features are side-curtain air bags; dual-stage, dual-threshold front air bags; front seat-mounted side air bags; and rollover sensors designed to deploy the side-curtain air bags in the event of a rollover.

Honda says the MDX can tow boats weighing up to 4,500 pounds, or other trailers weighing up to 3,500 pounds. Also, the MDX can be towed behind motor homes, with all four wheels on the ground. The only stipulations are a maximum towed speed of 65 mph and that the transmission fluid be recirculated after every eight hours of driving (by starting the vehicle’s engine), according to Motor Home magazine.

EPA fuel-economy ratings are 17 miles per gallon in the city and 23 mpg on the highway. The tank holds 20.4 gallons of fuel, but unfortunately, premium is required, Honda says.

Prices shown are manufacturer’s suggested retail; actual selling prices may vary according to manufacturer and/or dealer rebates, incentives and discounts, if any.

November 18, 2020
By roberterto from Denver CO
Owns this car

I have purchased cars from these guys over the years with great results. I recently purchased a 2006 Acura MDX with 193,000 miles. The miles scared me a little bit but the one owner car has all of the service records from the Acura dealership and runs great. My last car was a BMW X5 and that thing was a money pit! Constant repairs. This Acura has all of the features that the BMW had (heated leather seats, rear view camera, bluetooth, etc) with a 6 cylinder, 24 valve V Tech engine that is as fast as the BMW V8 engine at about half the cost of gasoline. Don't let the high miles scare you. These guys only purchase vehicles that meet their strict guidelines. They have been in the business for many decades and they know how to pick good cars. I waited 2 months before putting this review and I like the car even more than when I first purchased it. No problems at all. Keep up the good work guys. It's hard to find trustworthy dealers anymore.

I love this SUV but it's time to get something new

February 6, 2020
By Queen'La from Cliton, Maryland
Owns this car

This SUV has endless of room inside of it. Comes in handy if you need a second vehicle so the kids don't destroy your baby.

This is one of the most comfortable and reliable S

This is one of the most comfortable and reliable vehicles I have had. I used it for commuting about 45 mins each day and it was perfect. I also took my co workers to lunch in it most days, they alway complemented me on having the most comfortable back seats. As long as you perform regular maintenance, it will run great.

Rating breakdown (out of 5):
1 person out of 1 found this review helpful. Did you?
Show full review
See all 53 consumer reviews 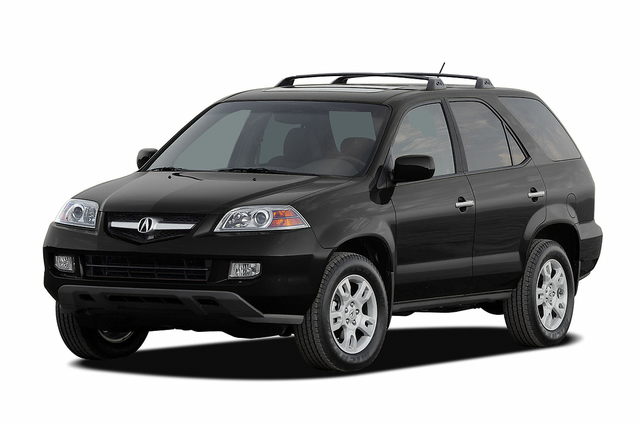 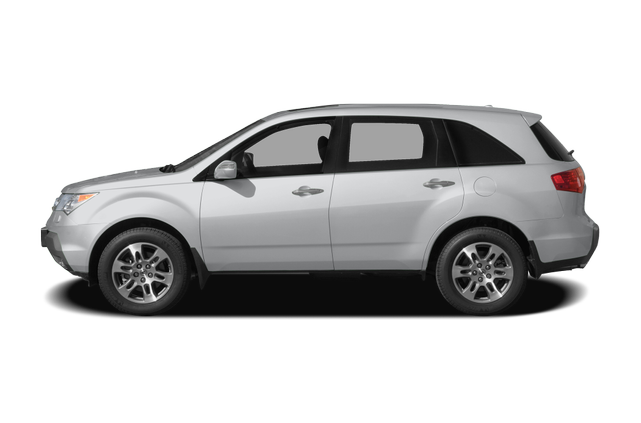 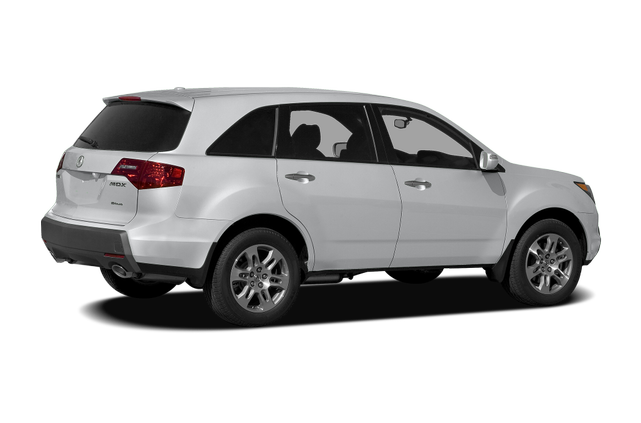 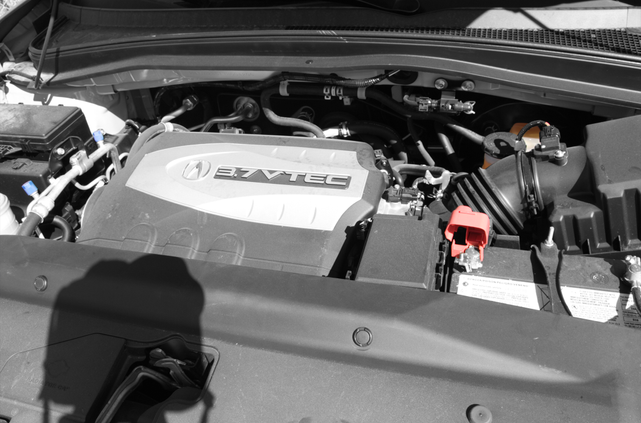 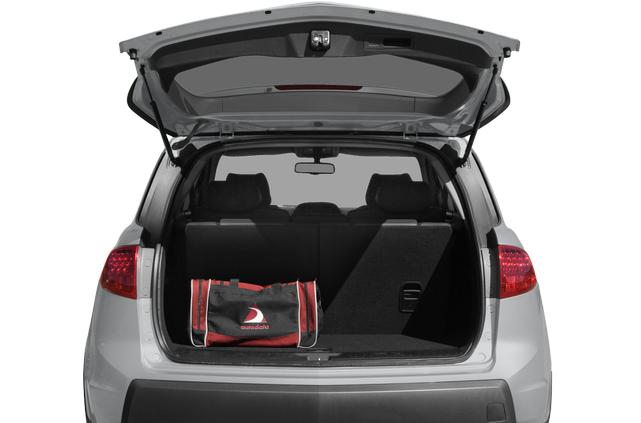 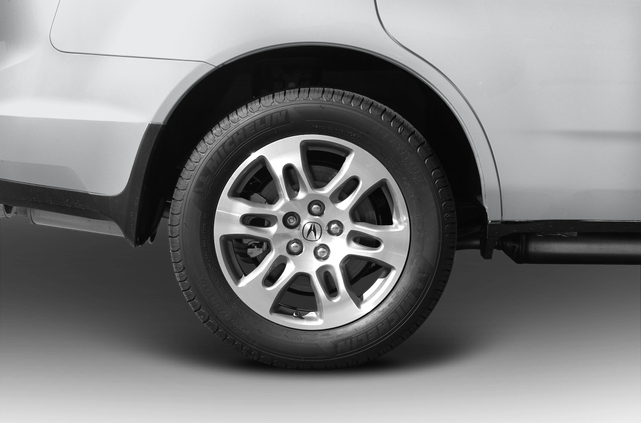 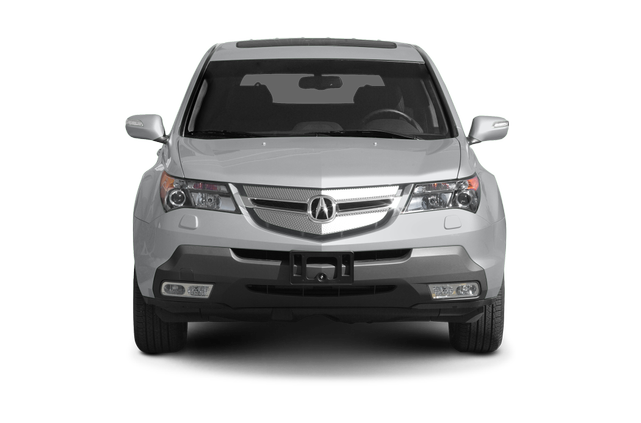 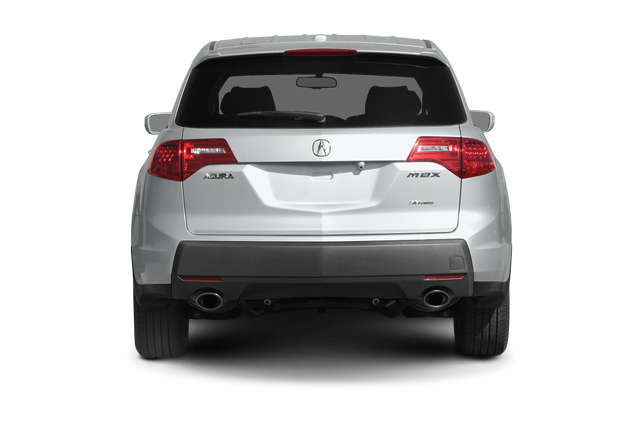 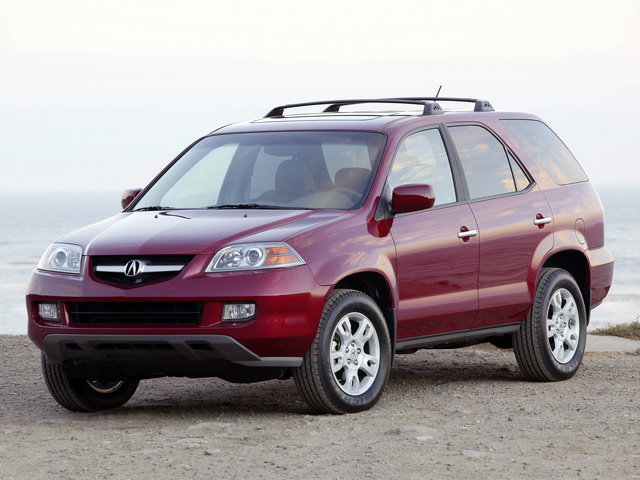 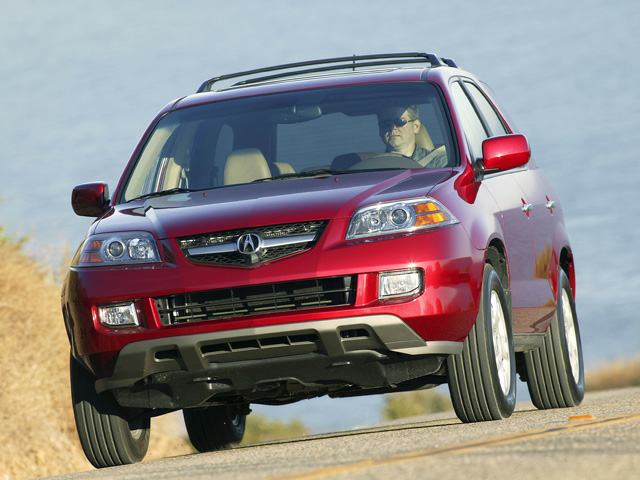 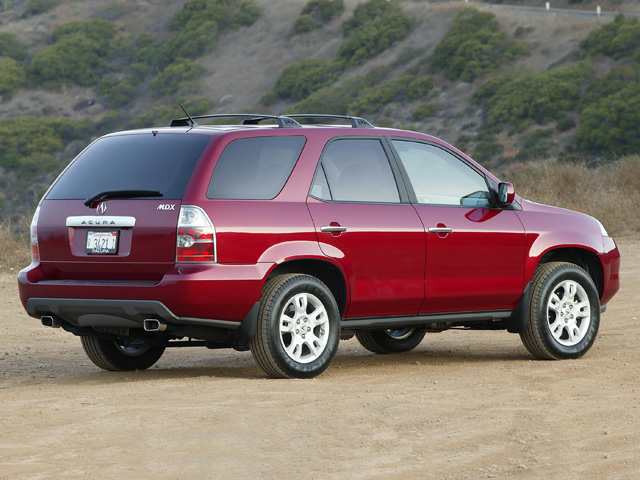 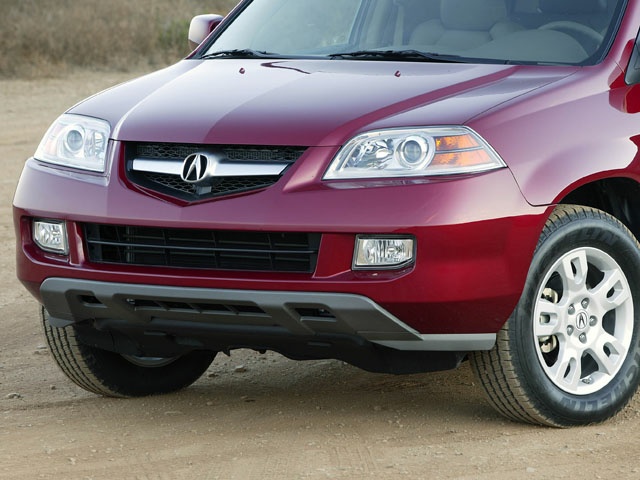 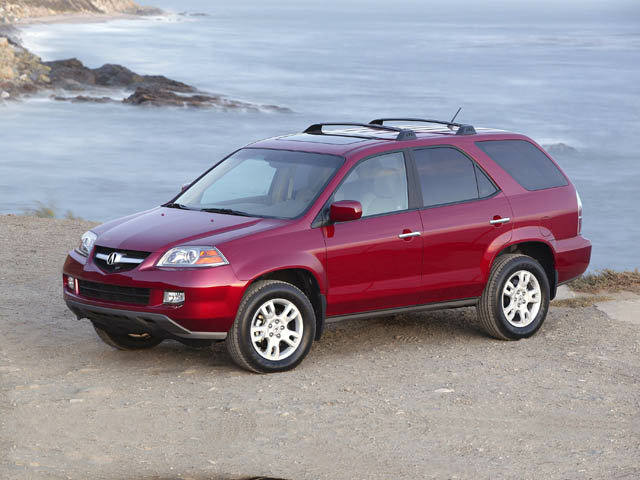 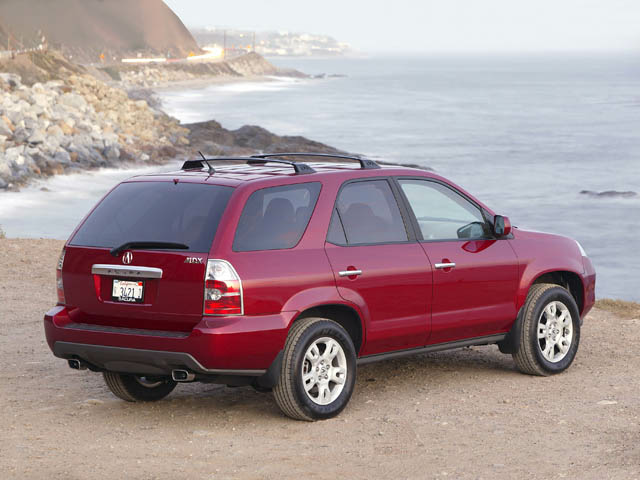 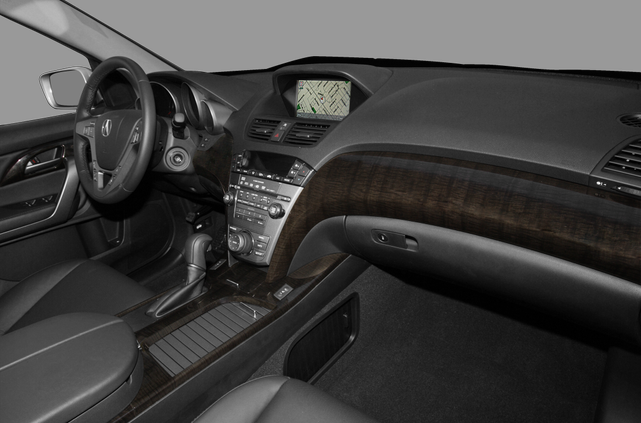 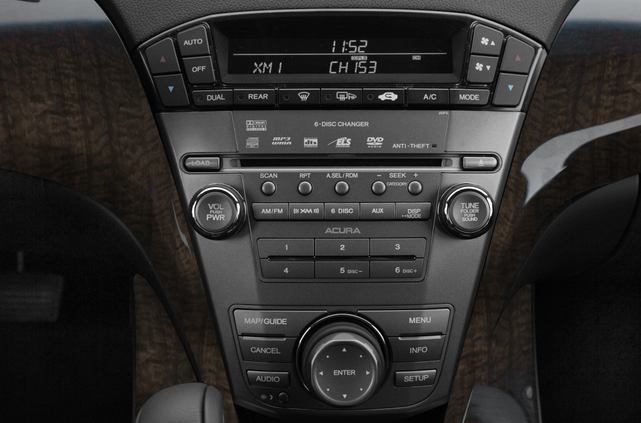 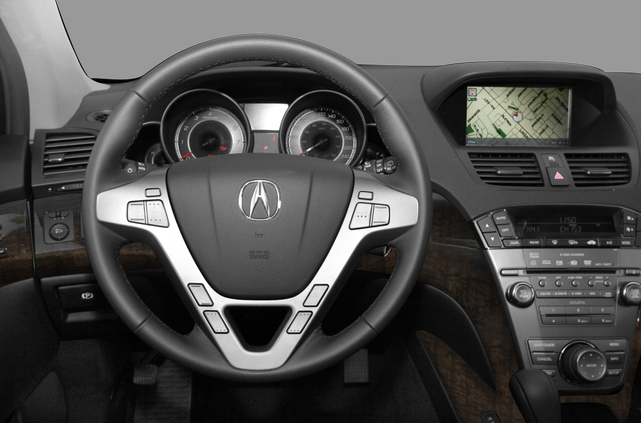 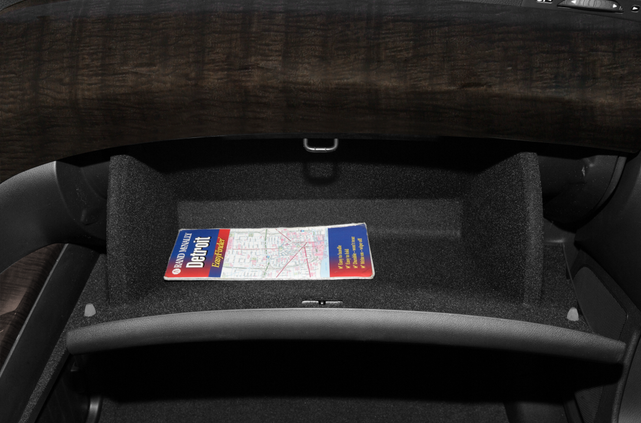 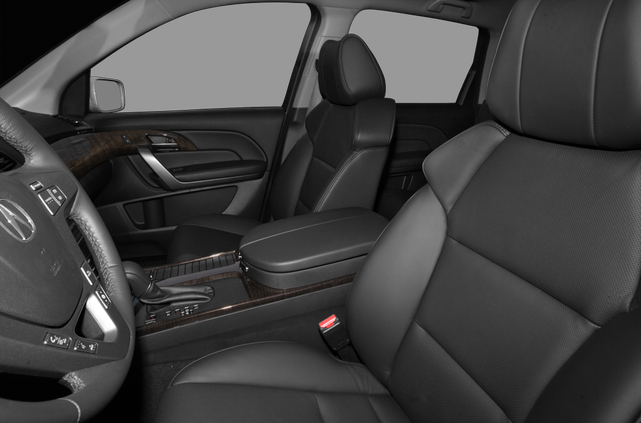 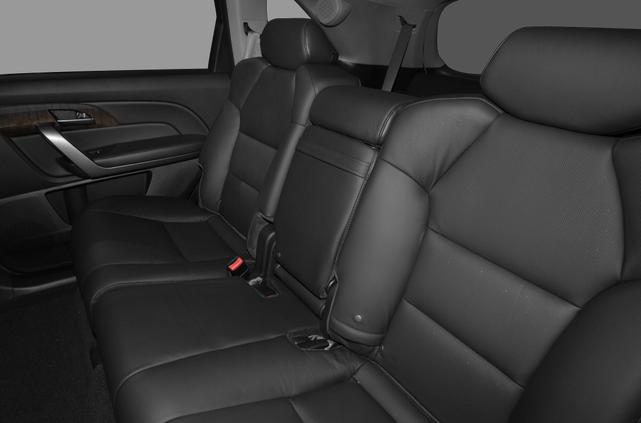 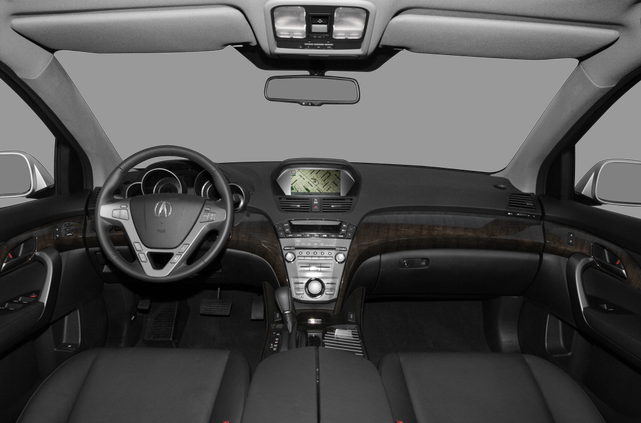 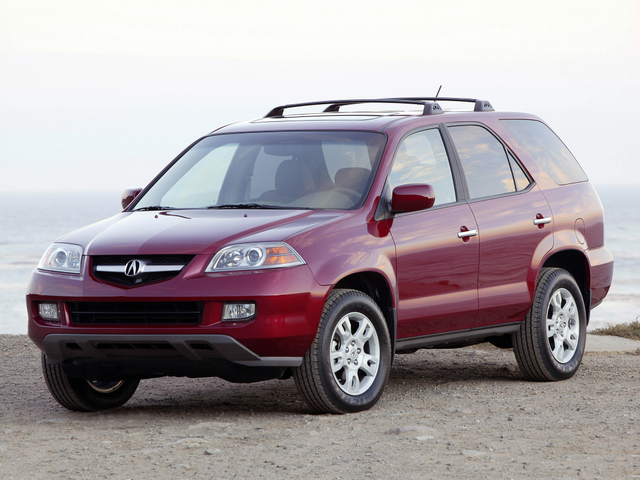