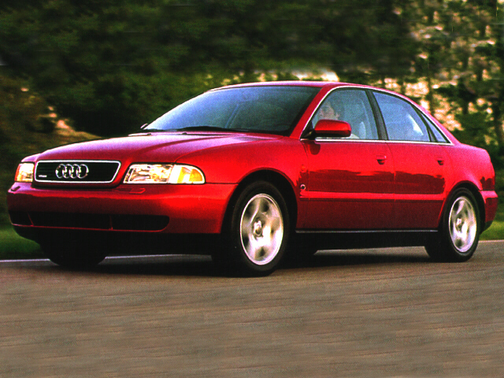 Our 1997 Audi A4 trim comparison will help you decide.

There is no question that Audi is back, competing head-on with Mercedes-Benz, BMW, Jaguar and Japan Inc. and winning. Audi’s U.S. sales have been increasing at double-digit rates for almost two years – that’s faster than any other automaker.

The latest model from Audi, the A4 1.8 T, should further accelerate the German automaker’s return to the mainstream.

Earlier this year, I drove a six-cylinder version of the A4, and it’s still one of my favorite cars. But if your budget isn’t big enough to accommodate the V-6, the A4 with the 1.8-liter four-cylinder – this week’s test car – is a mighty fine alternative.

The 1.8-liter, in-line four-cylinder engine under the stylish hood of our A4 test car had five valves per cylinder and was bolted to a five-speed automatic transmission. Audi says the turbocharged engine develops 150 horsepower.

Although it is turbocharged, the 1.8 T is very civilized. There is no violent rush of power as the turbo winds up. Instead, power comes on smoothly and evenly.

Our test car came with Audi’s ”Quattro” option, which adds all-wheel drive. The five-speed automatic shifted smoothly, but the most efficient way to get power to the wheels is through a manual gearbox. Also, the all-wheel drive system added weight to the car and that also shaved a few ticks off the 0-to-60 mph time. If you want more performance without getting the optional V-6, the A4 with a standard transmission and sans the all-wheel drive would be the better choice. I contend that because of the lack of snow and slippery roads here, the Quattro all-wheel drive, a $1,600 option, is not needed in Florida. Fuel mileage was excellent. Our test car went 301 miles between fill-ups and averaged 26 mpg in city driving with the air conditioner on. That’s not bad, considering that I drove with a heavy foot for the better part of a week. Audi’s four-wheel independent suspension provides an excellent ride. The A4 is a bona fide sports sedan when equipped with its optional 2.8-liter V-6. But the four-cylinder engine makes the car more of a regular European sedan, which still is semi-sporty. The ride is firm, but not so much that it punishes you over bumpy roads. With the A4, you get the athletic feel of a BMW with the well-balanced manners of a Mercedes-Benz. The power-assisted rack-and-pinion steering system scores high for its weighted feel, crisp response and excellent 36-foot turning radius. Ditto for the four-wheel power-assisted anti-lock brakes, which stop the car quickly in emergency situations.

The A4 is deceptive in appearance. Judging by its size, you could be fooled into thinking the entry-level Audi’s a small car. True, it is classified as a compact, but there is ample room for five average-size passengers. With the rear seat folded forward, the car can easily carry large packages. The front bucket seats are firm, supportive and excellent on long trips. They adjust manually and are easy to configure. The tilting headrests, which can be adjusted for extra support, are a nice touch. The A4’sdash is attractive, nicely styled and laid out, and very easy to use. Bar graphs and large numbers in the lower center section of the dash display the air-conditioner fan speed and temperature. The system has an automatic setting so that you can dial in the temperature and then forget about it. The analog instruments, which have red needles and white numbers, are attractive and easy to read. The A4 feels as if it is sculpted from a single block of steel. As a result, parts fit closer together, and you won’t hear any squeaks or rattle .

December 20, 2011
By Audi Lover from Redding
Owns this car

Great vehicle for driving in areas with rough winters. Handles icy/snowy mountain driving with ease. This A4 only has 150 hp that is the draw back. Great freeway ride- smooth, tight, and good gas mileage.

May 6, 2011
By Nigeman from Vancouver
Owns this car

Pluses: styling, quattro in snow or rain, interior, handling, brand. Minuses: engine oil leaks, fuel economy, parts can be expensive. The 97's were reliable because they had the 12 valve 2.8 and the non tiptronic transmission. Overall, a very good car.

This is the most reliable car I've owned!

Handles, drives, and is comfortable. Has really good options and get good gas mileage. Really a beautiful car and a good body style. Awesome car for long and short trips. Very Reliable! 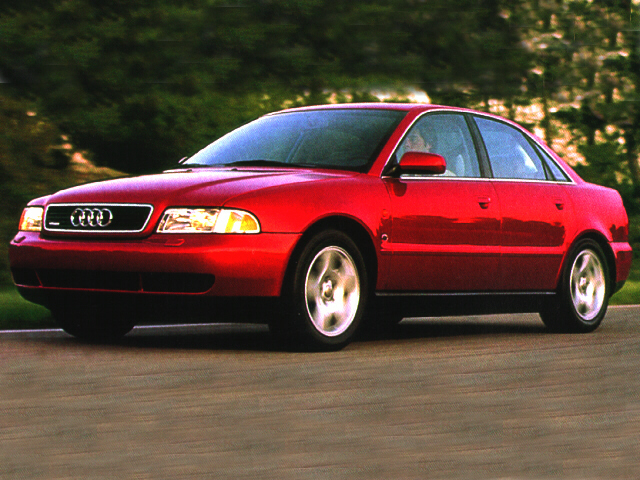 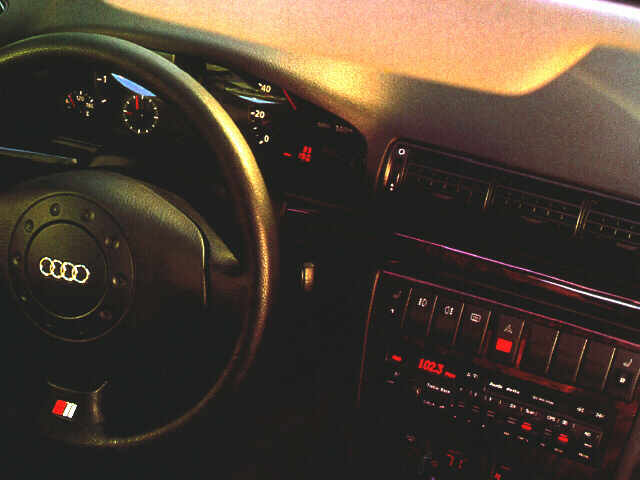